If we were to ask you all to name the greatest film of the 1980s, we suspect there would be a few titles that would crop up again and again.

Ghostbusters, Back to the Future, Top Gun, Dirty Dancing and RoboCop have all earned the right to be in the conversation, but today we’re here to assure you that the very best 80s film was a horror-comedy that featured some rather cool and attractive vampires.

We are of course referring to the absolute classic that is The Lost Boys, and below are eight reasons that it simply has to be considered the greatest 80s film of them all.

8. It has one of the greatest casts of all time 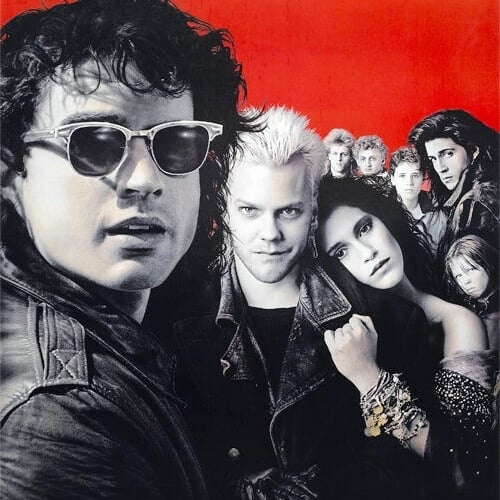 Featuring what has to be one of the best casts from any 1980s film, The Lost Boys brought together a number of our very favourite actors from that era, including Corey Haim, Corey Feldman, Jason Patric and Kiefer Sutherland.

But don’t just take our word for it, because even the film’s director Joel Schumacher agrees with us, the late filmmaker having said that he had “one of the greatest casts in the world” and that “they are what make the film.” 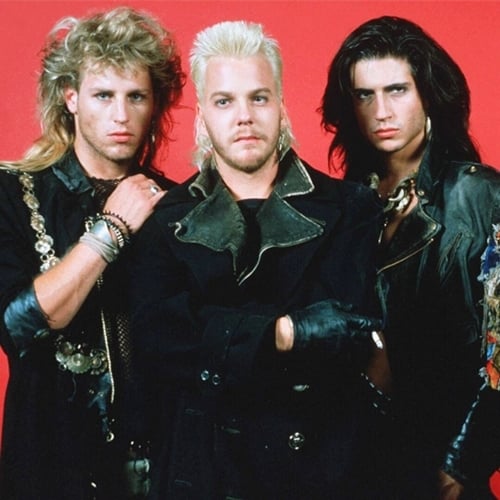 He’s a talented actor who has appeared in a number of fantastic films, including Stand by Me, Young Guns, Flatliners and A Few Good Men, as well as classic TV shows such as 24 and Designated Survivor. In our opinion, though, Kiefer Sutherland gives his very best performance in the Lost Boys, playing the enigmatic David.

Once again Joel Schumacher agreed, saying that Sutherland “can do almost anything. He’s a born character actor. You can see it in The Lost Boys. He has the least amount of dialogue in the movie, but his presence is extraordinary.”

6. It changed how every single one of us viewed vampires 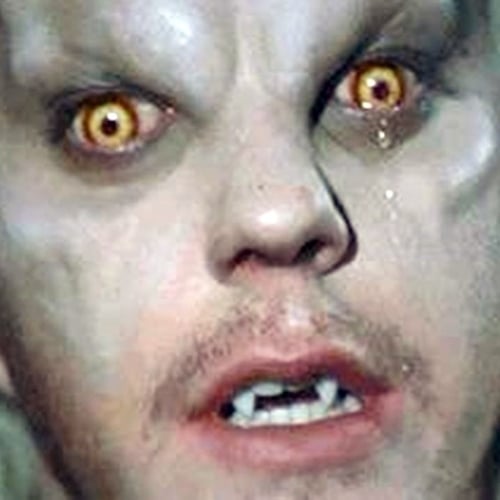 Although vampires certainly existed in popular culture before 1987, The Lost Boys definitely changed how they were perceived by the general public.

Before The Lost Boys, vampires were mostly consigned to adult-only literature and films, but Sam, Michael, David and co made them cooler and sexier, which appealed to a much younger audience.

5. It was the start of a beautiful friendship 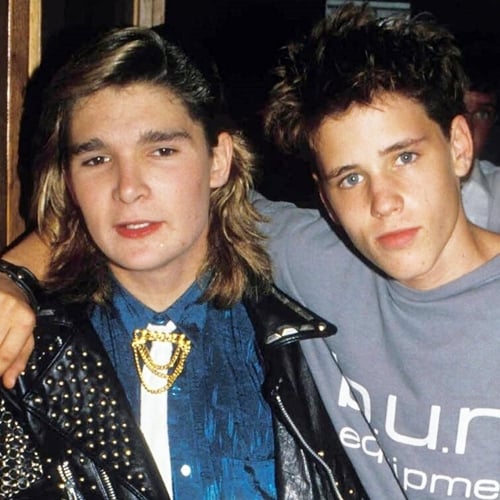 They starred together in a number of different films over the years, including License to Drive, Dream a Little Dream, Blown Away and National Lampoon’s Last Resort, but The Lost Boys was the very first film to unite Corey Feldman and the late Corey Haim.

Not only were the two Coreys frequent collaborators on screen, but they also became best friends in real life. Feldman spoke about their friendship in 2016, saying that Haim was “my best friend. I miss the chemistry, I miss having my best friend. He was the only person that could make me laugh unstoppably.” 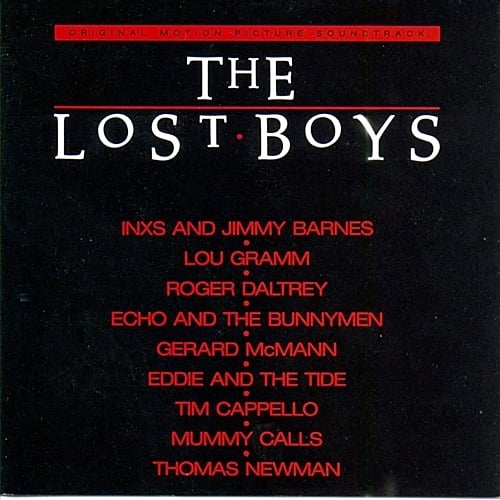 The Lost Boys is so amazing that we often forget how brilliant its soundtrack is, and yes we’re referring to both the original score by Thomas Newman and the individual songs.

From the tracks Good Times and Laying Down the Law by Jimmy Barnes and INXS, to Cry Little Sister by Gerard McMann (the film’s main theme), the soundtrack album truly is one of the very best the 1980s had to offer. Did you own it on LP or cassette? Or did you pick up the CD version when it was released three years later in 1990?

3. It massively influenced an entire genre 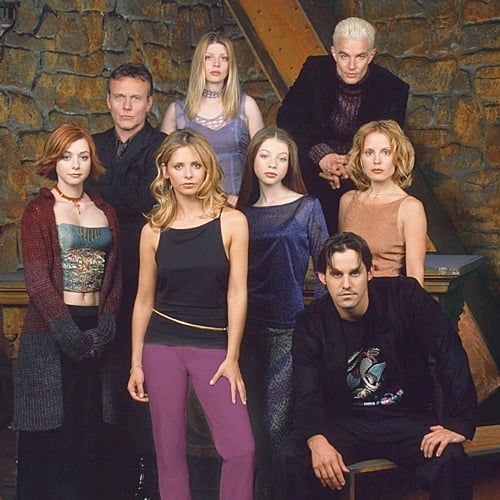 Do you think that TV shows such as Buffy the Vampire Slayer would have existed without The Lost Boys? It seems highly unlikely.

The sexy and youthful flavour that The Lost Boys brought to the vampire genre was most certainly a massive influence on a number of films that followed. This included Buffy The Vampire Slayer, which if you remember started out as a film starring Kristy Swanson and Luke Perry before being adapted into the classic TV show we know and love.

2. It was so good that hardly anyone remembers the sequels 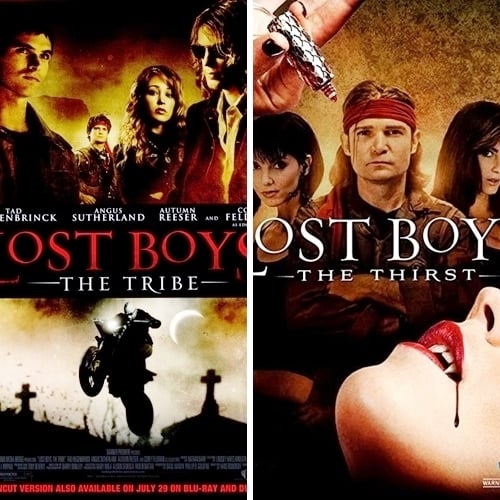 Many of the greatest films of all time have sequels, good and bad, that we all remember. But we put to you that The Lost Boys was so good that hardly anybody remembers its sequels.

1. It has a massive following to this day 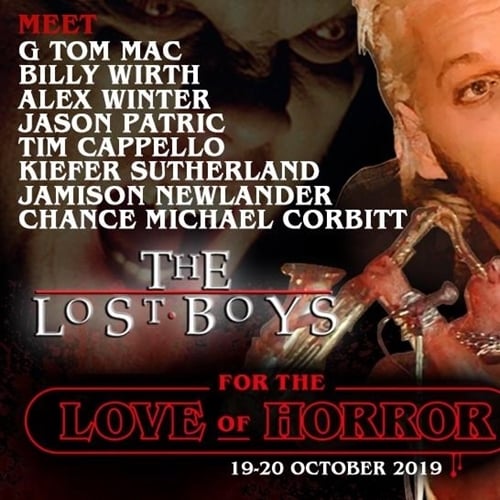 One test of the quality of The Lost Boys is how popular it still is today, because there’s no doubt that many of us love it just as much now as we did when we first saw it growing up (when we were likely far too young).

Even as recently as 2019, Monopoly Events hosted what they described as ‘the biggest Lost Boys reunion ever’ at their horror convention, For the Love of Horror. The reunion featured guest appearances by Kiefer Sutherland, Jason Patric and Alex Winter among others.