Desperate Housewives was the pop culture phenomenon that dominated television ratings throughout the 2000s. Known for its ridiculous storylines and intriguing mysteries, the series followed the housewives of Wisteria Lane as they struggle to cope with random disappearances, murder and addiction (amongst many other things!).

We’ve seen the lives and loves of these characters develop dramatically over the course of eight seasons, but what about the actors and actresses who portrayed them? Scroll down the article below to find out everything you ever needed to know about the real life partners of the Desperate Housewives cast. 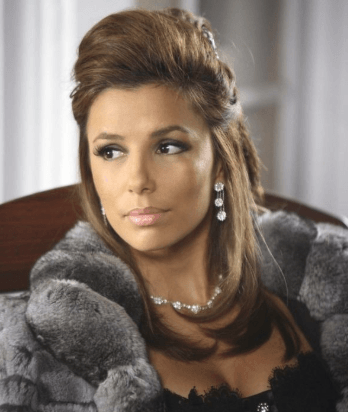 Eva Longoria played Gabrielle Solis for eight seasons of Desperate Housewives. At the start of the series, viewers were introduced to a lonely housewife and ex-model who was unhappy in her marriage to Carlos. She embarks on an affair with her gardener John Rowland – and the rest is history! 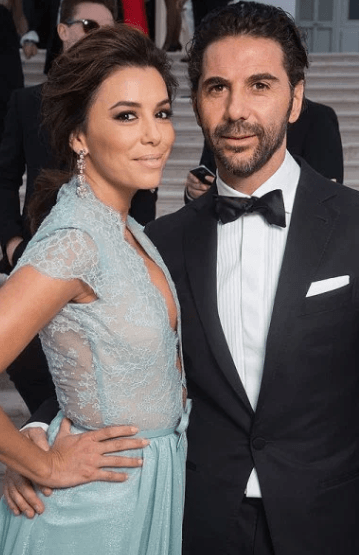 Unlike Gabrielle, actress Eva Longoria hasn’t had to battle with a husband in jail and surprise pregnancies. She does have a few marriages under her belt though. Longoria was married to General Hospital star Tyler Christopher from 2002 to 2004. After divorcing her second husband Tony Parker in 2010 thanks to his infidelity, Longoria was set up on a blind date with Mexican businessman José Antonio “Pepe” Bastón Patiño.

Bastón is a media executive and ex-president of Televisa. The couple share a son named Santiago, who was born in June 2018. 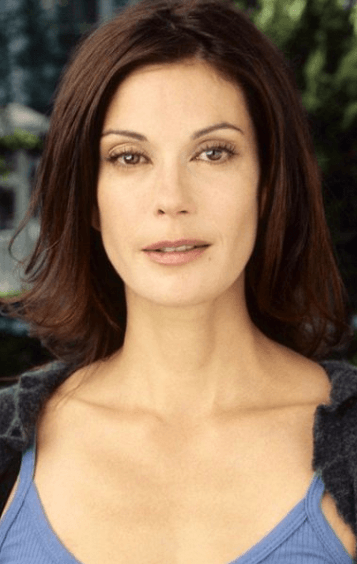 Teri Hatcher played main character Susan Mayer in the series. Susan was supposed to act as the emotional anchor in Desperate Housewives amid all of the crazy storylines, and fans quickly took to her goofy romantic nature and magnetic charm. Fans will remember that Susan ended up marrying Mike Delfino (played by James Denton) twice over the course of the series. 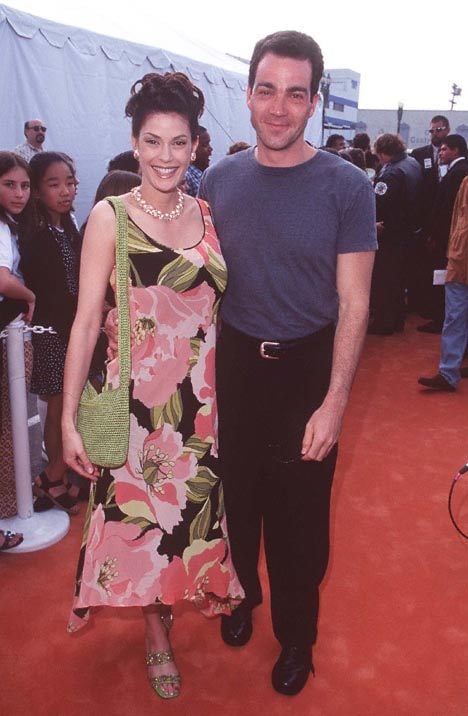 Away from the cameras, Hatcher’s love life has experienced some ups and downs of its own. She married actor Jon Tenney in 1994 and the couple had a daughter named Emerson together. Sadly the union ended in divorce and the pair went their separate ways in 1997.

At the moment it looks as though Hatcher is single and ready to mingle! 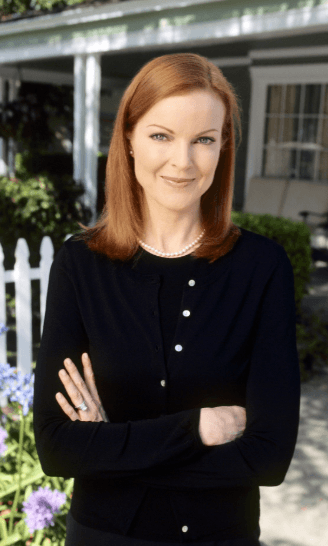 Bree Van de Kamp was the housewife who wanted to live the perfect suburban life, all while trying to battle alcoholism and widowhood along the way. Both of Bree’s marriages in the main series break down and end in divorce, but she does eventually marry again for a third time in the series – to none other than her divorce lawyer Trip Weston. 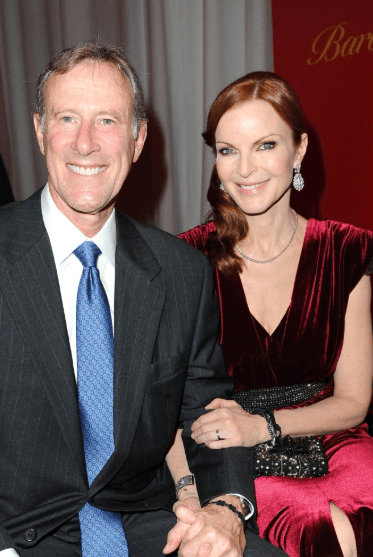 Compared to her on-screen character, Marcia Cross has enjoyed a relatively stress-free love life. In 2006, she married Tom Mahoney, a stockbroker, and gave birth to their twin daughters in 2007 thanks to a successful round of IVF. 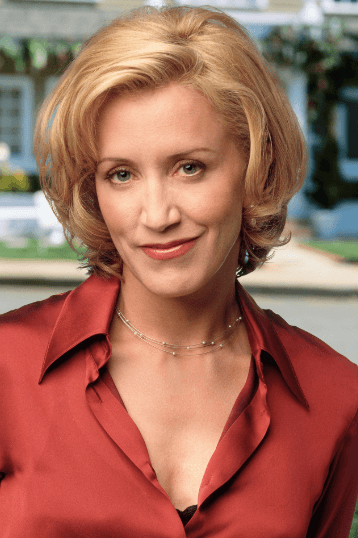 Felicity Huffman played Lynette Scavo on Housewives. Huffman actually won the Emmy Award for Outstanding Lead Actress in a Comedy Series for the role in 2005, thanks to her excellent portrayal of Scavo – a mother stuck at home and trying to cope with raising four kids. Her marriage to Tom is put under the strain several times during the show but somehow they manage to overcome all the obstacles and reunite in the final season. 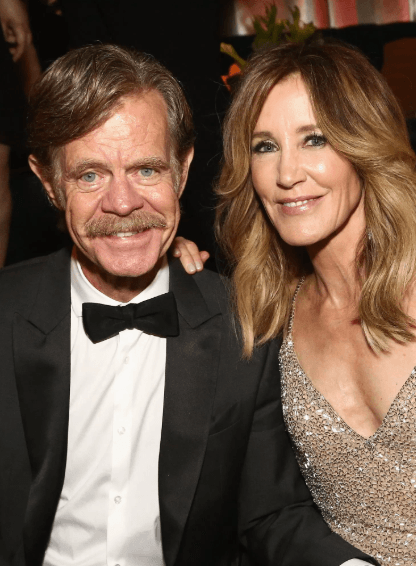 It will be interesting to see how Huffman copes with the scrutiny she and her husband William H. Macy are under at the moment. Huffman has recently been indicted in the US college entrance exam cheating scandal after paying somebody to take her daugher’s SATs. Macy was spotted picking up his wife of over twenty years after she was released on bail – Huffman is now scheduled for a court appearance on March 29th. 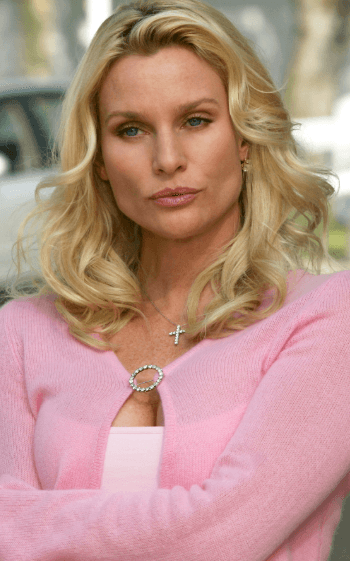 Nicollette Sheridan famously portrayed Edie Britt for five seasons of Desperate Housewives, the predatory divorcée and general maneater who sleeps with everyone from gardeners to…priests! Sadly Sheridan left the set of Housewives in bitter circumstances and the actress ended up filing a lawsuit against creator Marc Cherry for wrongful dismissal (amongst a host of other charges). 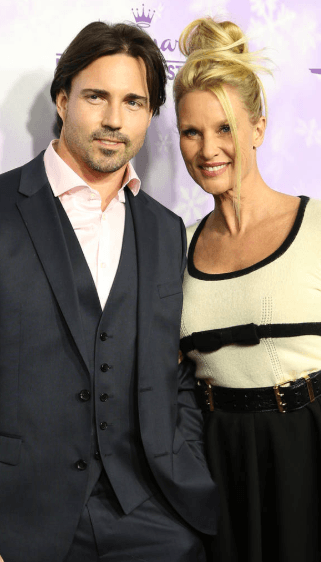 Nicollette Sheridan has dated a lot of famous faces in the past, including Scott Baio and Michael Bolton. The actress has been engaged a number of times but only married twice – once in the early 90s to Harry Hamlin, then again to toyboy Aaron Phypers from 2015 to 2018. 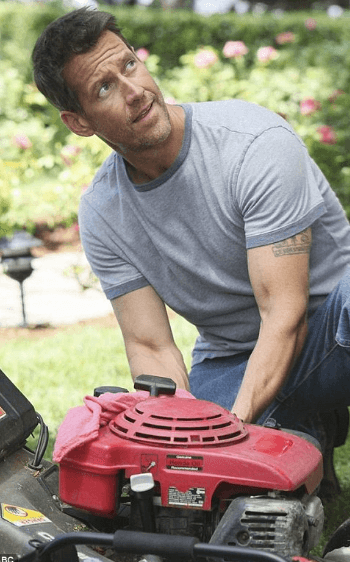 Mike Delfino was one of the biggest hunks to feature on Desperate Housewives. He had an up and down relationship with Susan which saw them getting married twice, before his tragic shooting right at the end of the series. 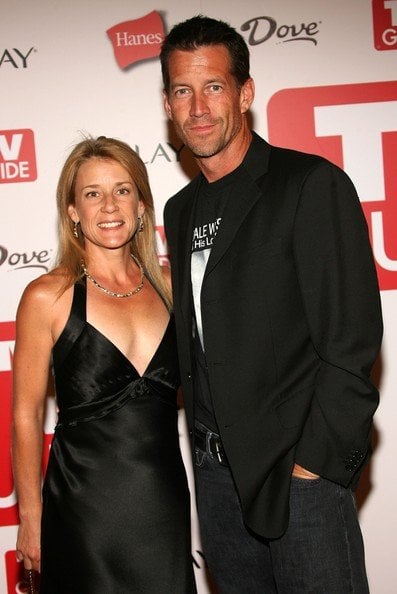 Actor James Denton is happily married to his second wife, Erin O’Brien. They got hitched in 2002 and have two children together. The family currently reside in Glendale, California. As well as acting, Denton is also the co-owner of baseball team the Orange County Flyers. 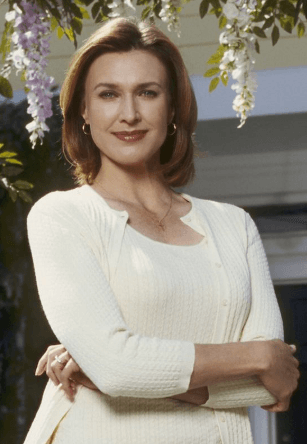 Mary Alice Young was the most mysterious housewife on the show. She was the narrator of the series after her suicide in the very first episode sparked strong emotions from the other residents of Wisteria Lane. Young actually has a prominent storyline in the show despite being deceased, which is mainly achieved through flashbacks and dream sequences. 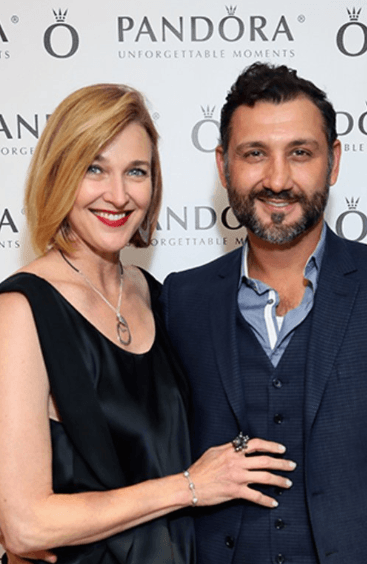 Brenda Strong won critical acclaim for her portrayal of Young. Away from the cameras, Strong has been married twice. Her first husband was Tom Henri, with whom she shares a child. The couple were married from 1989 to 2011. In 2015, Strong went on to marry handsome director John Farmanesh-Bocca. 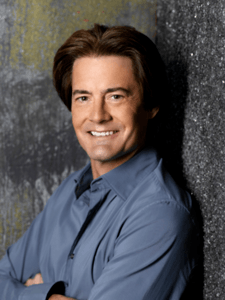 Veteran actor Kyle MacLachlan played Orson Hodge in Desperate Housewives. Orson popped up towards the end of the second series and eventually left in season six (although he did make a few brief appearances in later seasons). Orson was supposed to be Bree’s perfect match but in the end their similarities got the better of them. 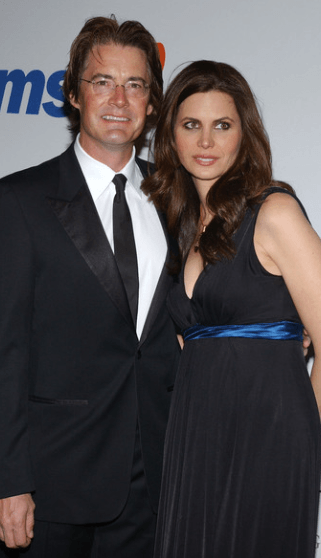 MacLachlan first met publicist Desiree Gruber in 1999. They got married in 2002 and shared a son named Callum together. The family currently split their time between Los Angeles and New York. 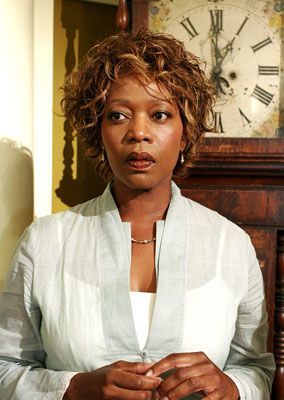 Alfre Woodard played the memorable character Betty Applewhite, who emerged as the central figure in the second season mystery. She is a deeply religious woman and loves her family, but at the same time she possesses a terrible secret. 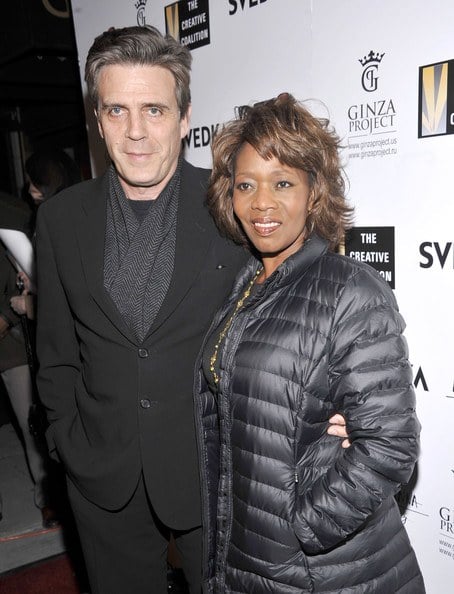 In reality, Woodard has been married to her husband Roderick Spencer, a writer, for many decades and the two share adopted children Mavis and Duncan together. The family live in Santa Monica, California. 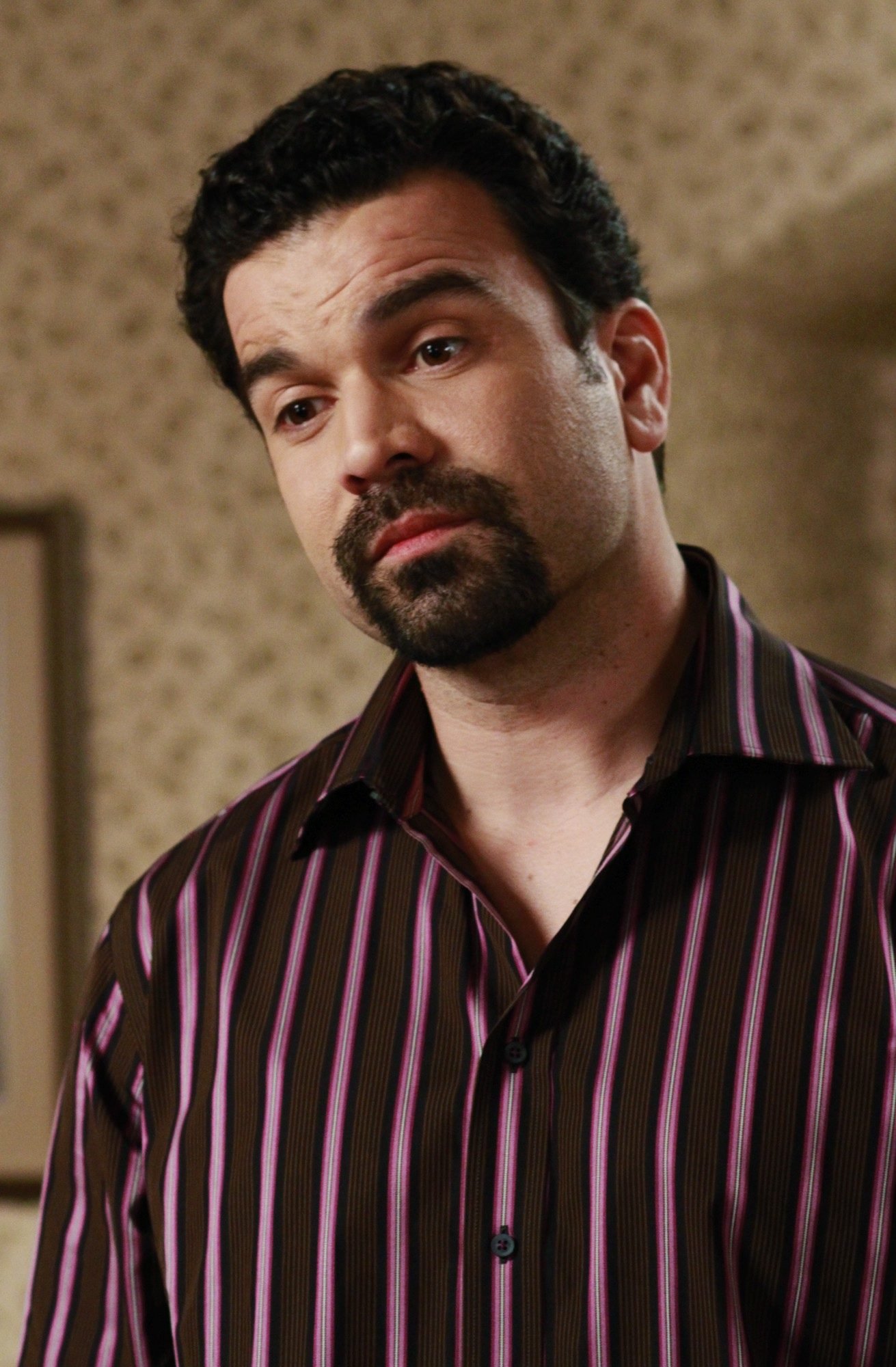 Ricardo Antonio Chavira played Gabrielle’s troubled husband Carlos. He’s married to his work in the first season but runs into some serious legal troubles and ends up in jail. In the end, his and Gabrielle’s relationship struggles to survive all of the infidelity and sabotaged birth control. 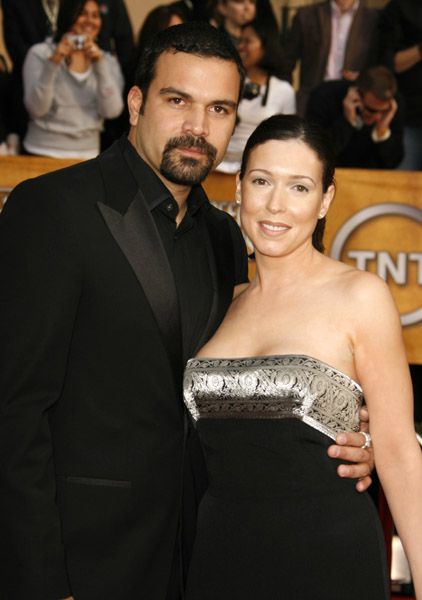 In reality, Chavira is happily married to his wife Marcea Dietzel and the pair can often be spotted on the red carpet together.