Rare PlayStation 1 Games That Are Now Worth A Fortune

The original PlayStation changed everything. Released in 1995, it revolutionised the way we see and experience gaming, replacing the two-dimensional arcade-style with a photorealistic three-dimensional style that continues to reign supreme here in 2022. Although eventually replaced by sequels -  including the biggest selling console of all time, the PS2 - the original PlayStation has a special place in the hearts of a generation whose first taste of gaming came with the likes of Metal Gear Solid, Tekken and Crash Bandicoot.

It’s no surprise that some PS1 games have since become collector’s items. Though it may seem as if every game release went down a storm, there were many that had limited runs due to poor sales and often never exported outside of their native Japan. Today those rare games are selling for pretty big amounts of money on second hand sites. Here are a choice few. You never know – you might be sitting on a fortune. 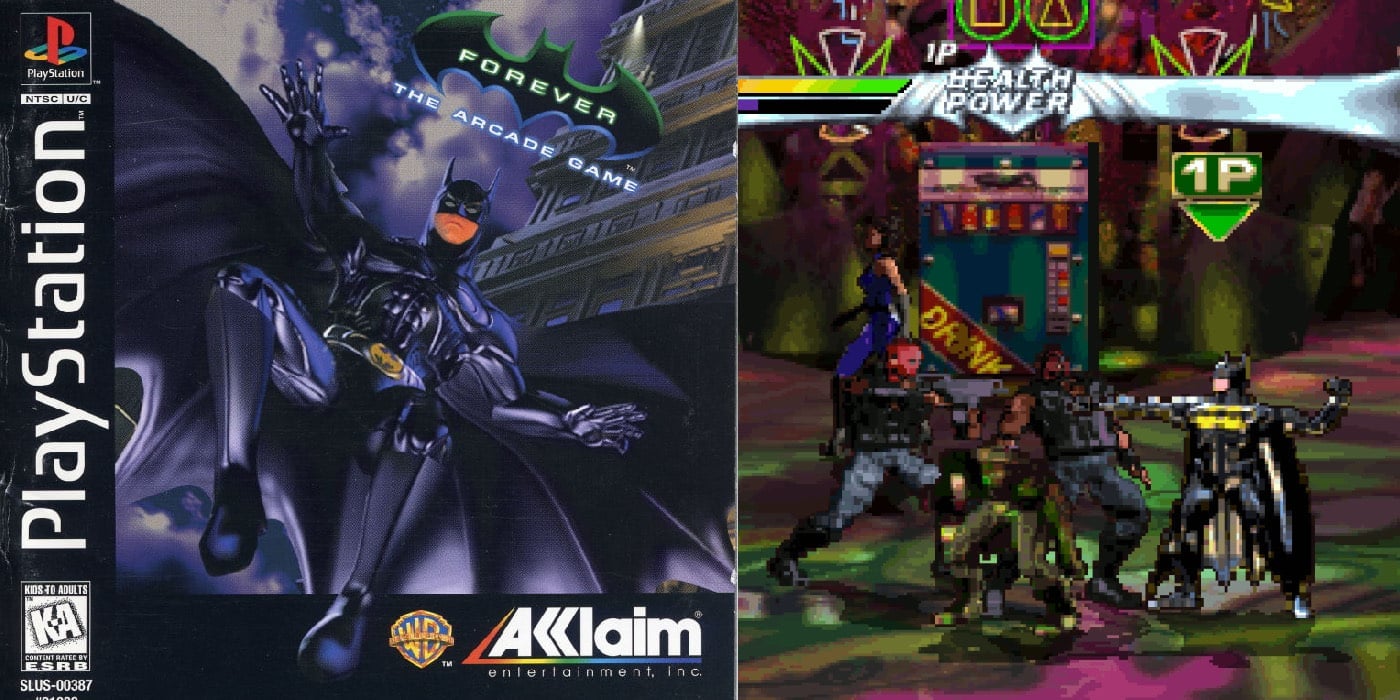 Batman Forever: The Arcade Game, not to be confused with the other Batman Forever game, was released in 1996 to coincide with the cinema release of the notorious Batman Forever. The premise isn’t anything too shocking: playing as either Batman or Robin, you protect Gotham from bad guys trying to wreak havoc.

The game was panned for its naff 2D graphics, uninspired level design and darkened picture, as well as blocky characters. Ten years prior, this game would’ve likely cut the mustard, but at a time when people were expecting more and more, Batman Forever: The Arcade Game tanked. Naturally, it is now a beloved collector’s item which is known to go for $160. 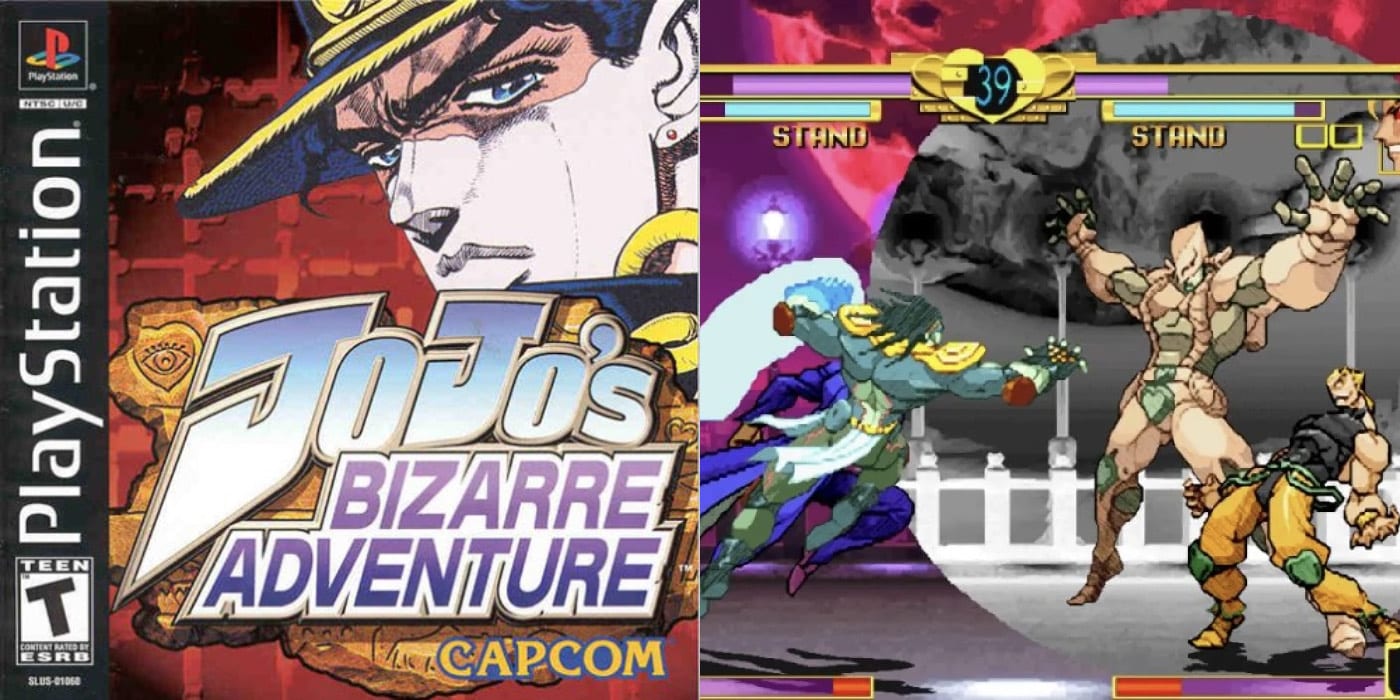 In 1999, the guys who brought us Street Fighter III took a bit of a gamble b bringing us a game of Hirohiko Araki’s manga JoJo’s Bizarre Adventure. Originally released a year before as an arcade game, JoJo’s Bizarre Adventure was lauded for its colourful and highly stylised look. In Japan, it became a bestseller, shifting over 300,000 units within a few months.

Over on the likes of eBay, this game is now selling north of $460. 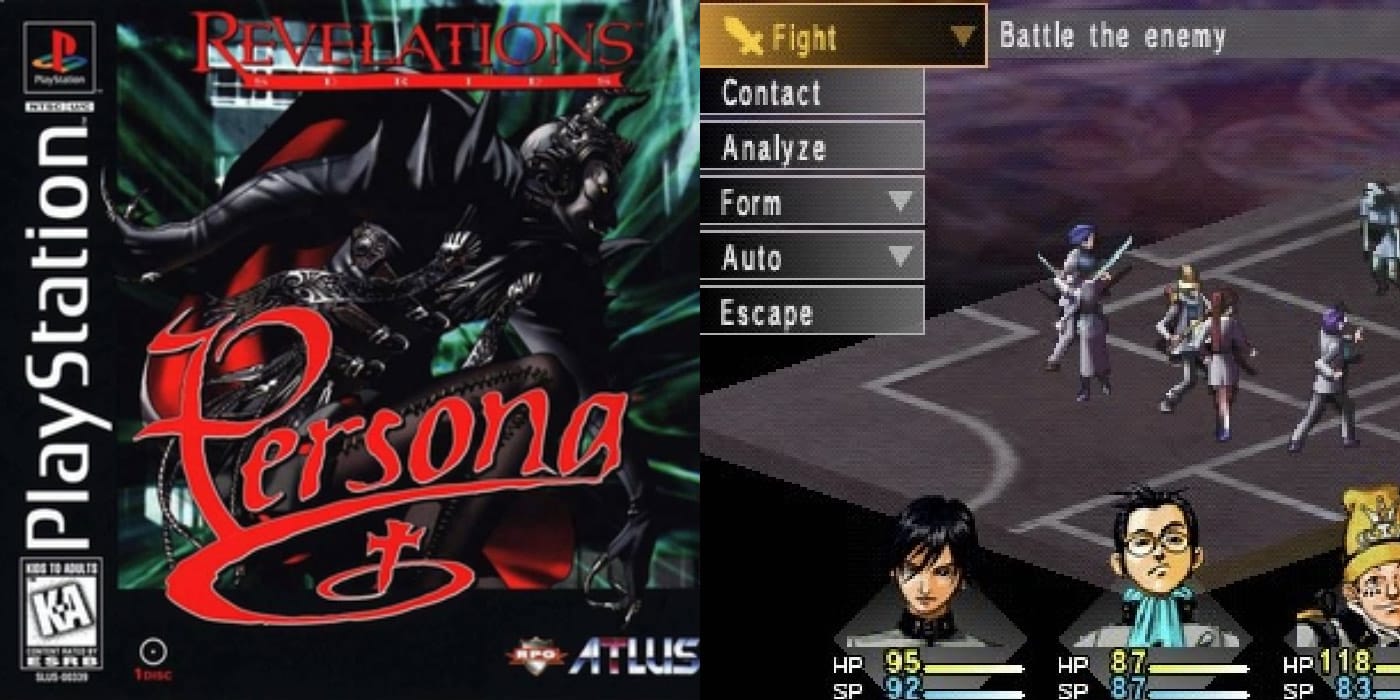 A spinoff to the Megami Tensei franchise, Revelations: Persona was the first role-playing game of the series to be released in the west. The story follows a group of high school students who manage to summon Personas, multiple versions of themselves, after playing a fortune-telling game. The students decide to stick together and use their new powers to fend off the world’s evil.

Although reviews were complimentary, sales weren’t much to write home about. It wasn’t until the third installment of the series that people began to really latch on, making this humble prequel a rare item overnight. It can go for close to $494. 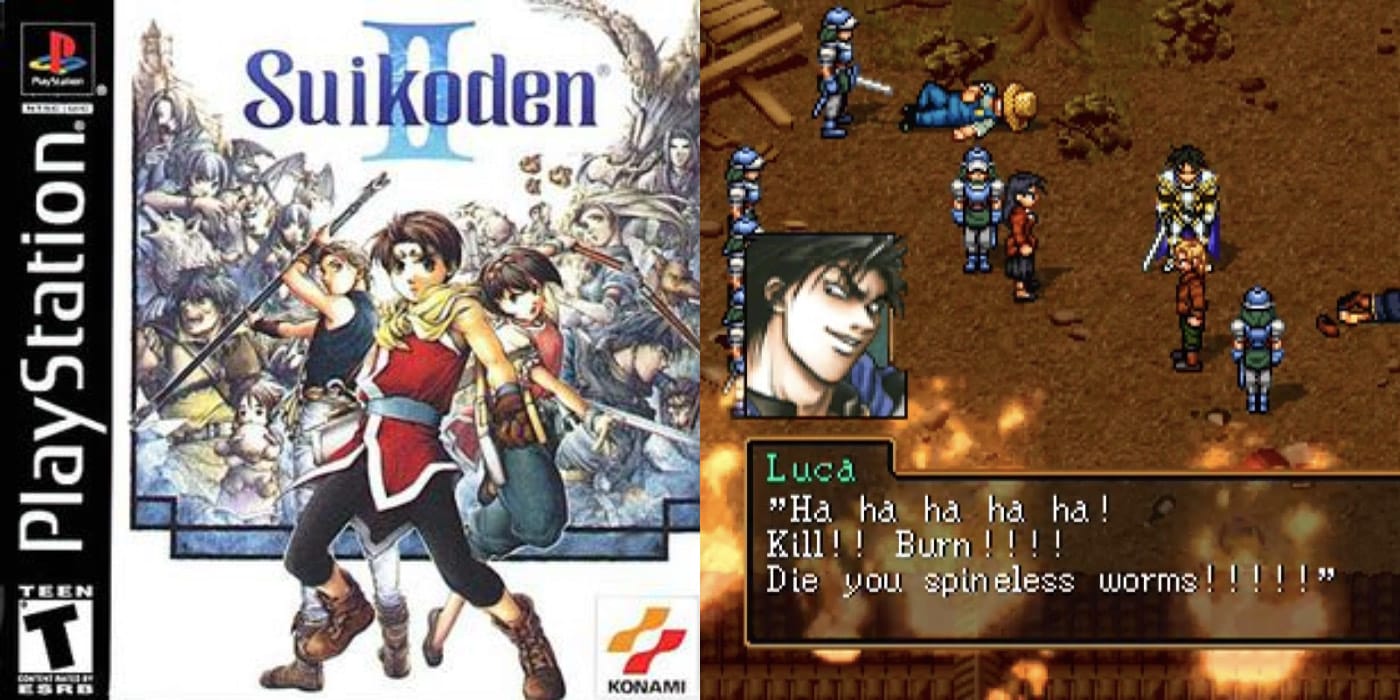 Coming up on 25 years since it was released, Suikoden II remains a cult favourite among gamers, often hailed as one of the best if not the best RPG of the PS1 era. Set two after the original Suikoden, II focuses on the trials and tribulations of the adopted son of a hero who salvaged the City-State of Jowson from the villainous Highland years before. Now, with war and scandal at an all time high, it’s up to you to take the wheel.

Suikoden II didn’t do much when it first came out, likely out of its choice to embrace old-school 16-bit graphics at a time when gaming visuals were undergoing a massive makeover. Needless to say, it had the last laugh. Look at any ‘Best PS1 Games” list, and you’ll find Suikoden II. It can for $516. 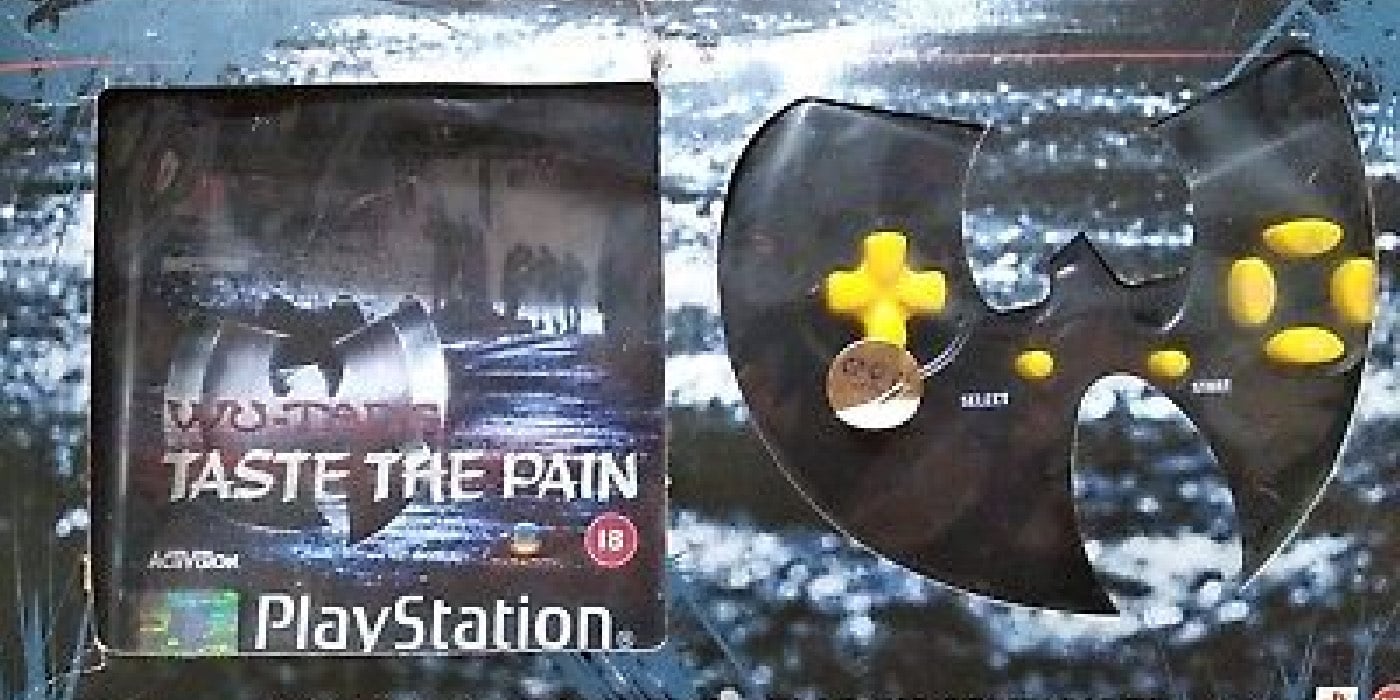 You may know the Wu-Tang Clan mainly as hip-hip group from the 1990s, as they are mainly a hip-hop group from the 1990s. However, once upon a time in 1999, this Staten Island rappers set their sights on the world of PlayStation beat-em-ups. The result was Wu-Tang: Shaolin Style or Wu-Tang: Taste the Pain. We’re going to focus on the latter. Why? Because it came with a special Wu-Tang style controller.

This novelty piece featured all the buttons of the regular PlayStation controller but lacked in the vibration and analog stick department. Due to its W shape, it was near impossible to use this controller for longer than a few seconds before leaving the house the embarking on a real-life beat-em-up. It eventually became a collector’s item and now goes for $557. 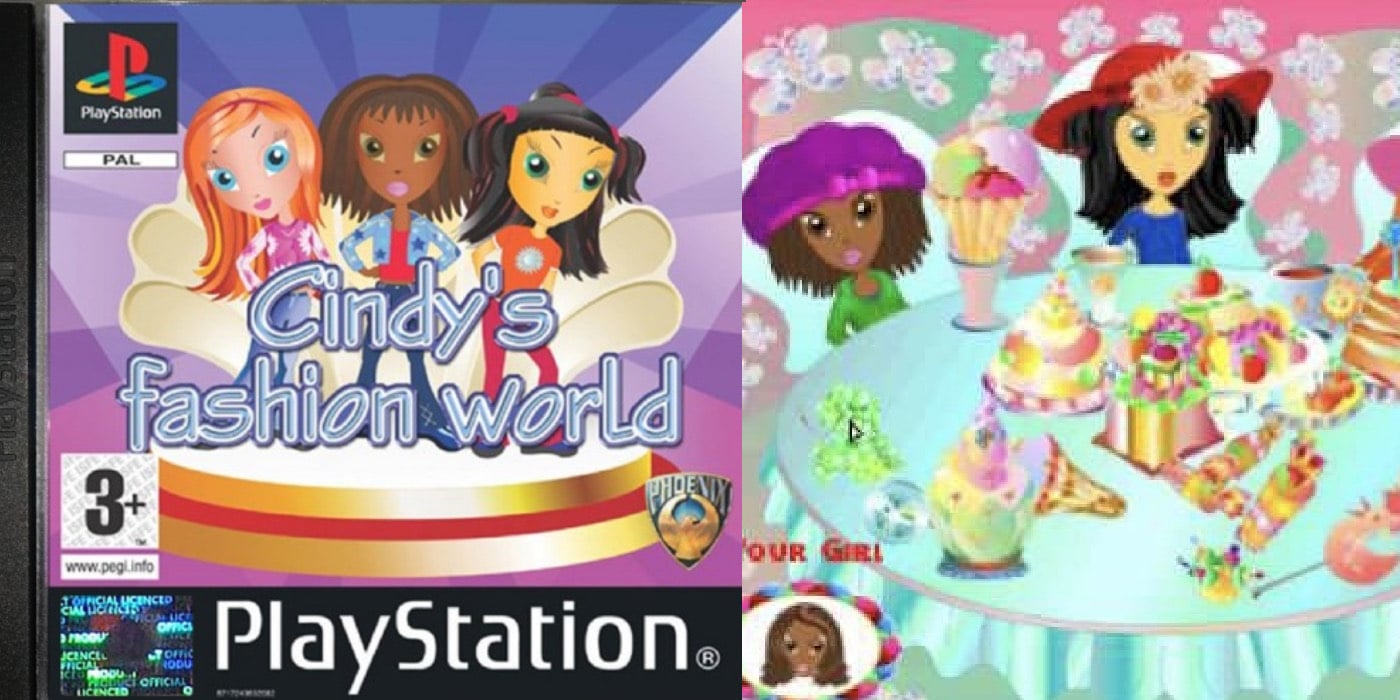 Cindy’s Fashion World? I know, it doesn’t seem like a title that would hold court on a list of rare games, especially when pretty much every other entry is violent. This one is rare for the simple fact it was created by a small-time publisher called Phoenix and sold peanuts upon release. Ergo, said peanuts are now being resold for crazy amounts.

One on eBay at the minute is going for $802. For a game virtually unknown! 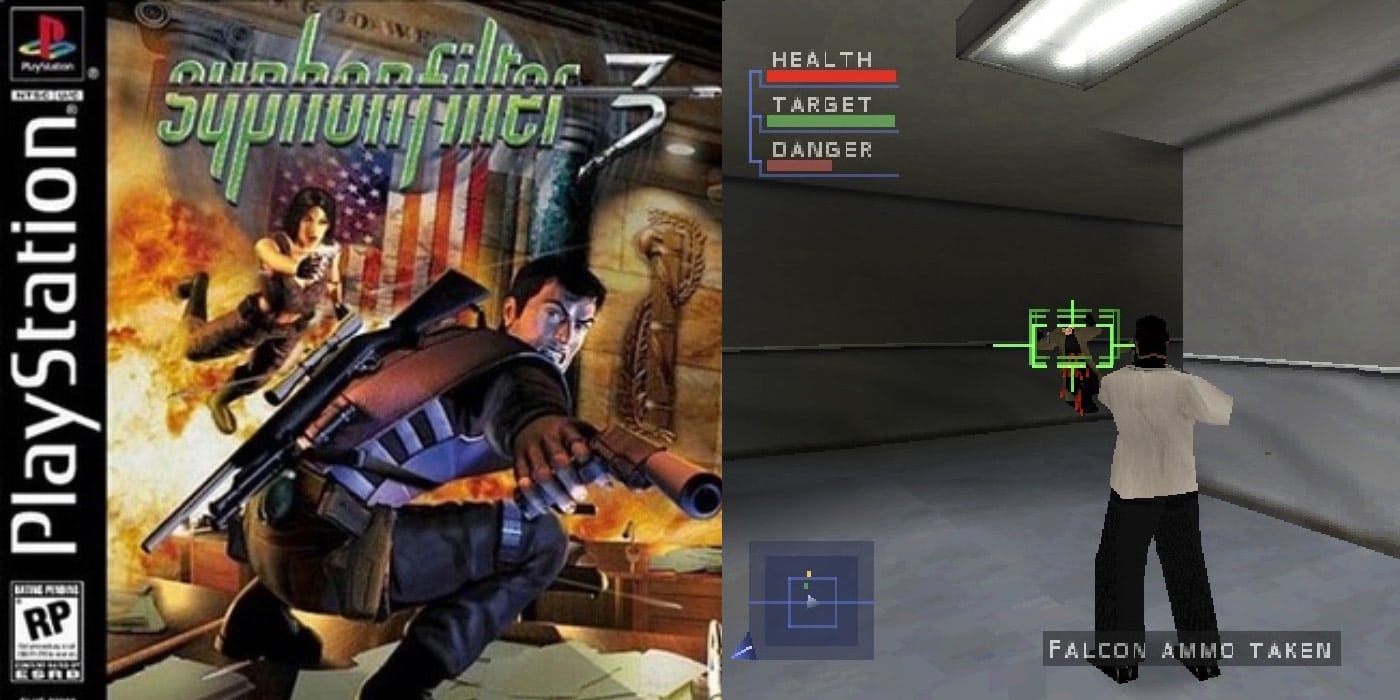 This third-person shooter wouldn’t even be on this list had it been released a few months earlier or later than it originally was. You see, Syphon Filter 3 was supposed to be released on September 25, 2001, but after 9/11 Sony postponed the release till November. Not just for sensitivity issues, but because the cover art featured a United States flag draped over burning government buildings. In the wake of the Anthrax attacks post-9/11, the flag and fire were removed.

As such, this original cover is now one of the most sought-after in the console’s history. You can find this in the region of £1,950 online. 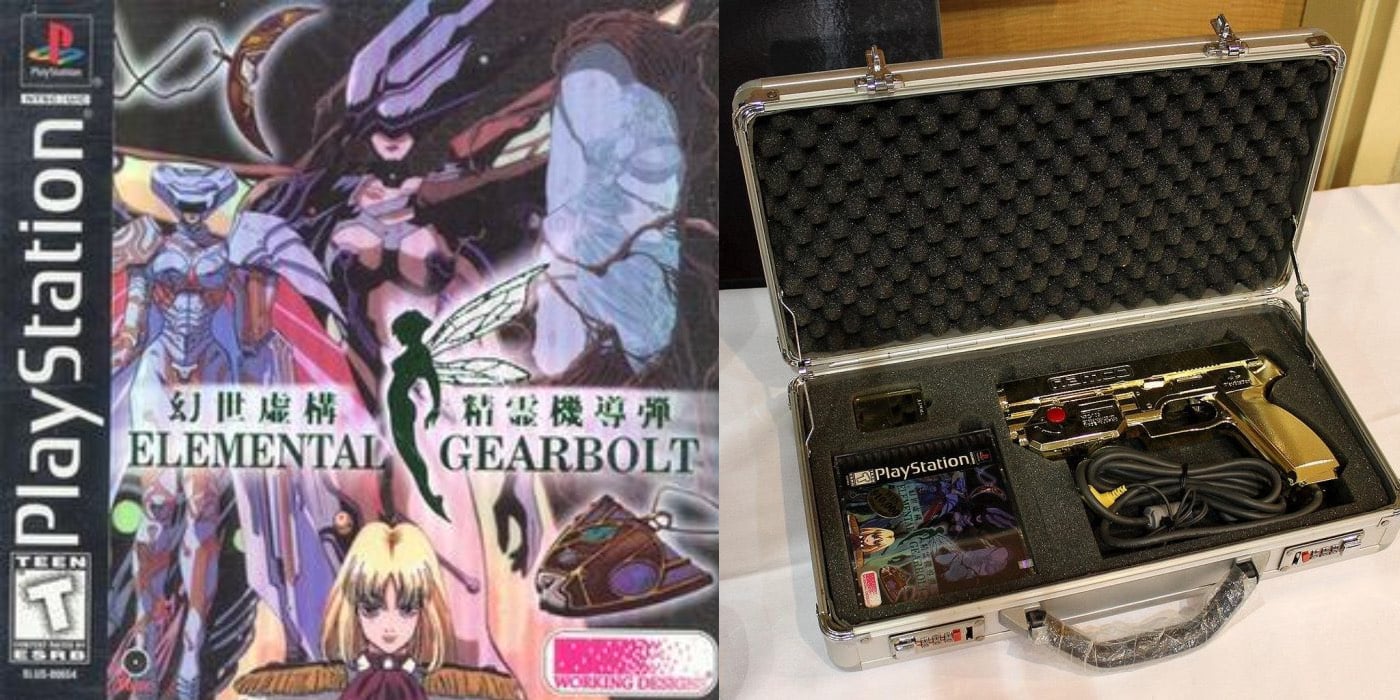 We’ve left this till last goes it beyond simply owning a copy of the game. No, any old Elemental Gearbolt won’t cause waves on second hand sites. It has to possess some other add-ons and features. First off, check to see if your copy has “Working Designs” in the bottom right hand corner. If so, good. Now check if the cover is holographic. Yes? Good. Now is the girl near the bottom facing you instead of her right? Excellent. This alone could probably land you a fair sum.

But what really separates the boys from the men are those who own an “Assassin’s Case”, which features a toy gun, the game itself and a memory card (that might be golden if you’re really lucky). 40 of these were given out to tournament winners and Working Designs staff. When you consider the size of the gaming community, this makes it ultra-rare. In the past, when they have cropped up, they have sold for $3444.