She was his muse and leading lady – and he elevated her to global stardom before she even hit the age of 20. In one of the most powerful cinematic partnerships of the 1980s, Molly Ringwald starred in three movies directed and/or written by John Hughes: Sixteen Candles, The Breakfast Club and Pretty in Pink – still among the best-loved coming-of-age movies of all time.

But these 80s romances have also aged in several respects – and perhaps surprisingly, Molly Ringwald herself is among their most vocal critics today. In fact, Ringwald can’t even bear to watch them with her own daughters. What happened to change this former starlet’s mind about the movies that made her famous?

‘He had a heavy heart’ 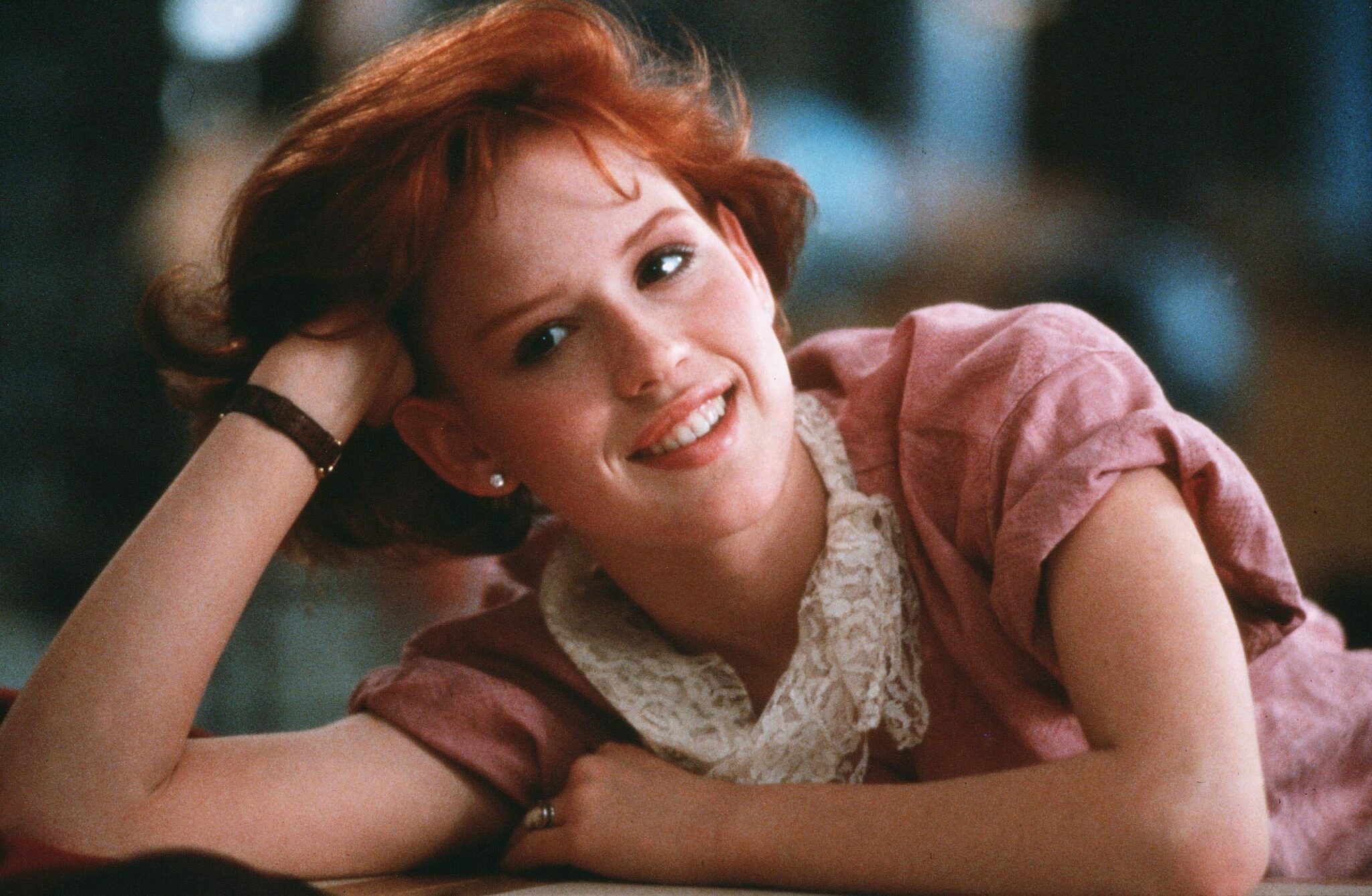 Screenwriter and director John Hughes shot to fame with Sixteen Candles in 1984. But before he even wrote the movie, Hughes asked his agent to collect headshots of young actresses – and when he laid eyes on 15-year-old redhead Molly Ringwald, he saw star quality. Hughes pinned Ringwald’s headshot over his desk, and wrote Sixteen Candles in the space of a weekend, writing for her the part of Samantha Baker, a teenager who feels she is “utterly forgettable.”

The pair developed a close relationship, where Hughes wrote characters specifically for Ringwald to play – and she often affected his creative decisions. For instance, Hughes removed a sexualised pool scene in The Breakfast Club at Ringwald’s behest.

Hughes and Ringwald’s movies together – Sixteen Candles, The Breakfast Club and Pretty in Pink – were major box office and critical successes. In 1987, however, Ringwald shocked John Hughes by turning down the lead role in his new creation, Some Kind of Wonderful. Ringwald has since commented that Hughes was often offended by rejection. 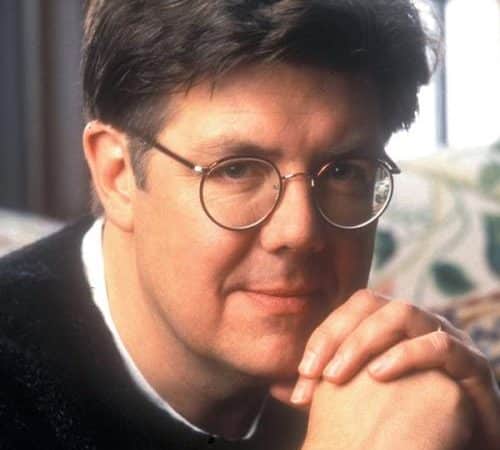 “John was overly sensitive,” Ringwald told The Atlantic in 2009. “He had a heavy heart, and was very prone to personal injury. He was always more likely to think that somebody was slighting him.” The pair drifted apart after this particular rejection, and they barely made contact in the following years.

Ringwald has said that she broke off her partnership with Hughes because she wanted to broaden her experience as an actress. “Eventually, I felt that I needed to work with other people as well,” she told People Magazine in 2009. “I wanted to grow up, something I felt (rightly or wrongly) I couldn’t do while working with John.”

Ringwald’s career would never again reach the heights that it did during her time with Hughes (her highest profile role since her 80s heyday has arguably been in TV’s Riverdale). Now a 54-year-old mother-of-three, Ringwald’s life is a world away from her 80s peak, a time which she doesn’t look back on particularly fondly anymore.

‘He believed in me more than anyone’ 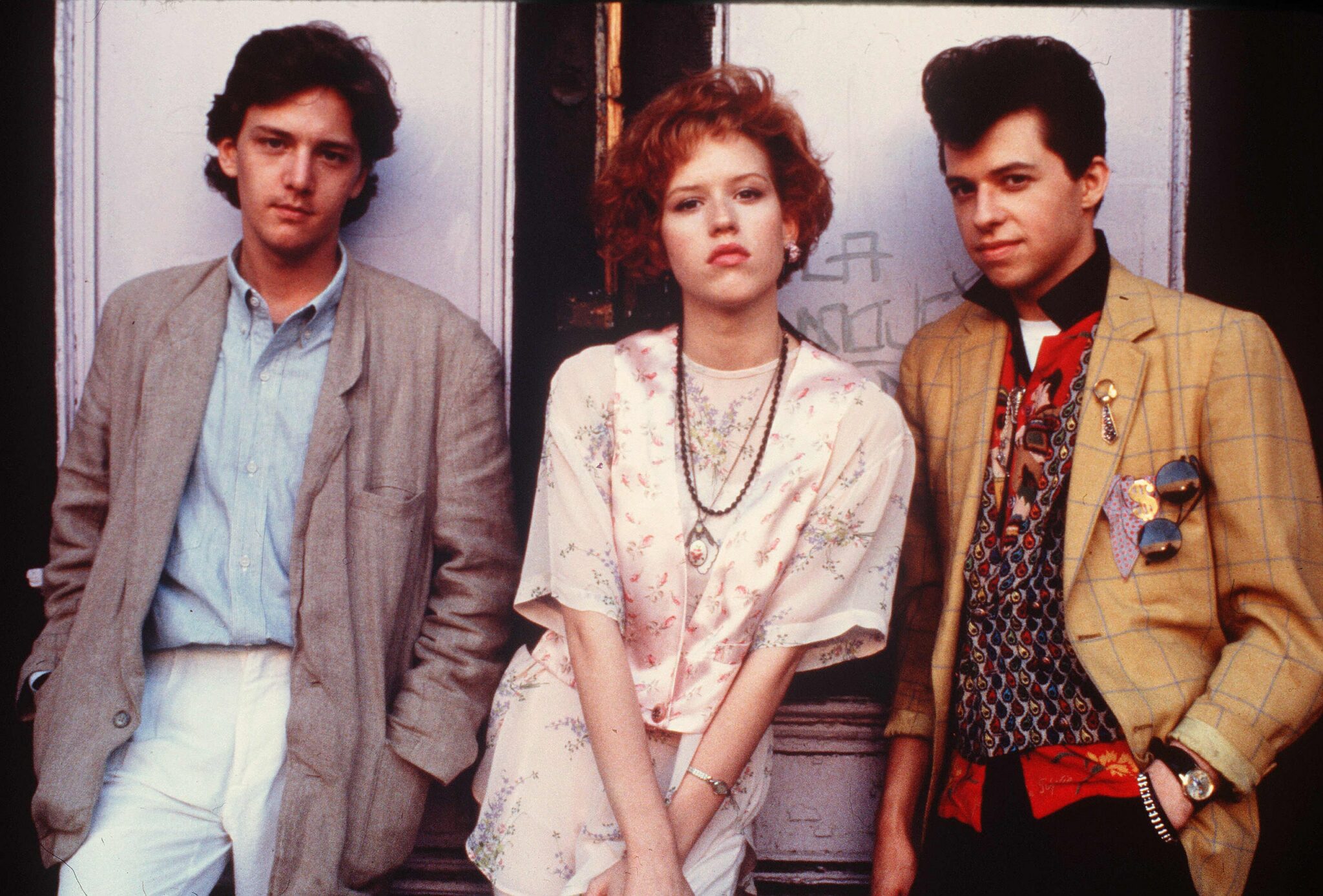 Ringwald surprised fans and Hollywood alike when she penned an essay for the New Yorker in 2021 that was critical of her films with Hughes. She wrote that the movies could be “considered racist, misogynistic, and, at times, homophobic. The words “f*g” and “f***ot” are tossed around with abandon; the character of Long Duk Dong, in Sixteen Candles, is a grotesque stereotype.”

She also cites a specific example from The Breakfast Club, often named as Hughes’ greatest work. Ringwald starred in the film as the ‘Princess’ Claire, opposite Judd Nelson’s roguish John Bender.

“As I can see now, Bender sexually harasses Claire throughout the film,” Ringwald wrote. “When he’s not sexualising her, he takes out his rage on her with vicious contempt, calling her ‘pathetic,’ mocking her as ‘Queenie.’ It’s rejection that inspires his vitriol . . . He never apologises for any of it, but, nevertheless, he gets the girl in the end.” 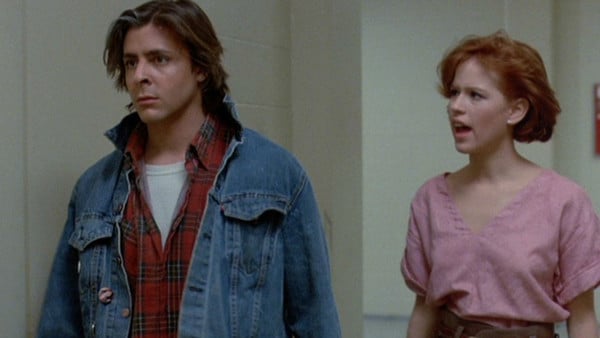 In her New Yorker essay, Ringwald went on to describe how Hughes’ writing is a double-edged sword. Despite his heartfelt scenes that resonate with young women to this day, Ringwald believes Hughes also made a mockery of many women’s issues.

“It’s hard for me to understand how John was able to write with so much sensitivity, and also have such a glaring blind spot,” Ringwald wrote. To better understand his writing, Ringwald looked back to Hughes’ early satirical articles for the National Lampoon.

“They contain many of the same themes he explored in his films, but with none of the humanity,” she wrote. “…I was taken aback by the scope of the ugliness.” These early Hughes pieces made parodies out of sexual harassment, assault of men and women, eugenics and police bribery. 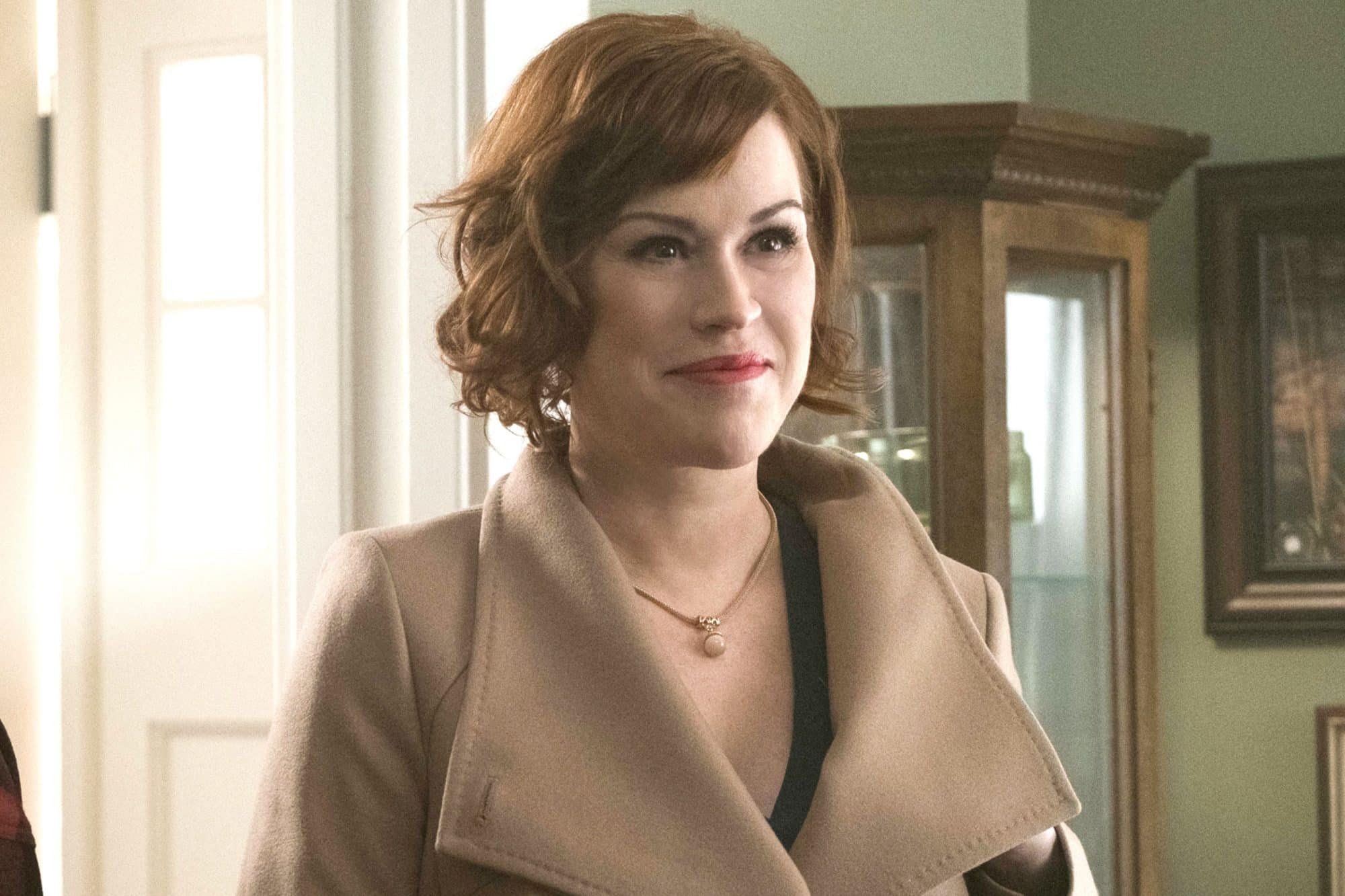 Hughes passed away from a heart attack in 2009, at the age of 59. He shunned the media from the late 90s onwards, and never commented on any accusations of sexism, racism or homophobia in his movies.

His death was certainly a tragedy to Ringwald, who said at the time: “I was stunned and incredibly sad to hear about the death of John Hughes. He was and will always be such an important part of my life. …He will be missed – by me and by everyone that he has touched.” 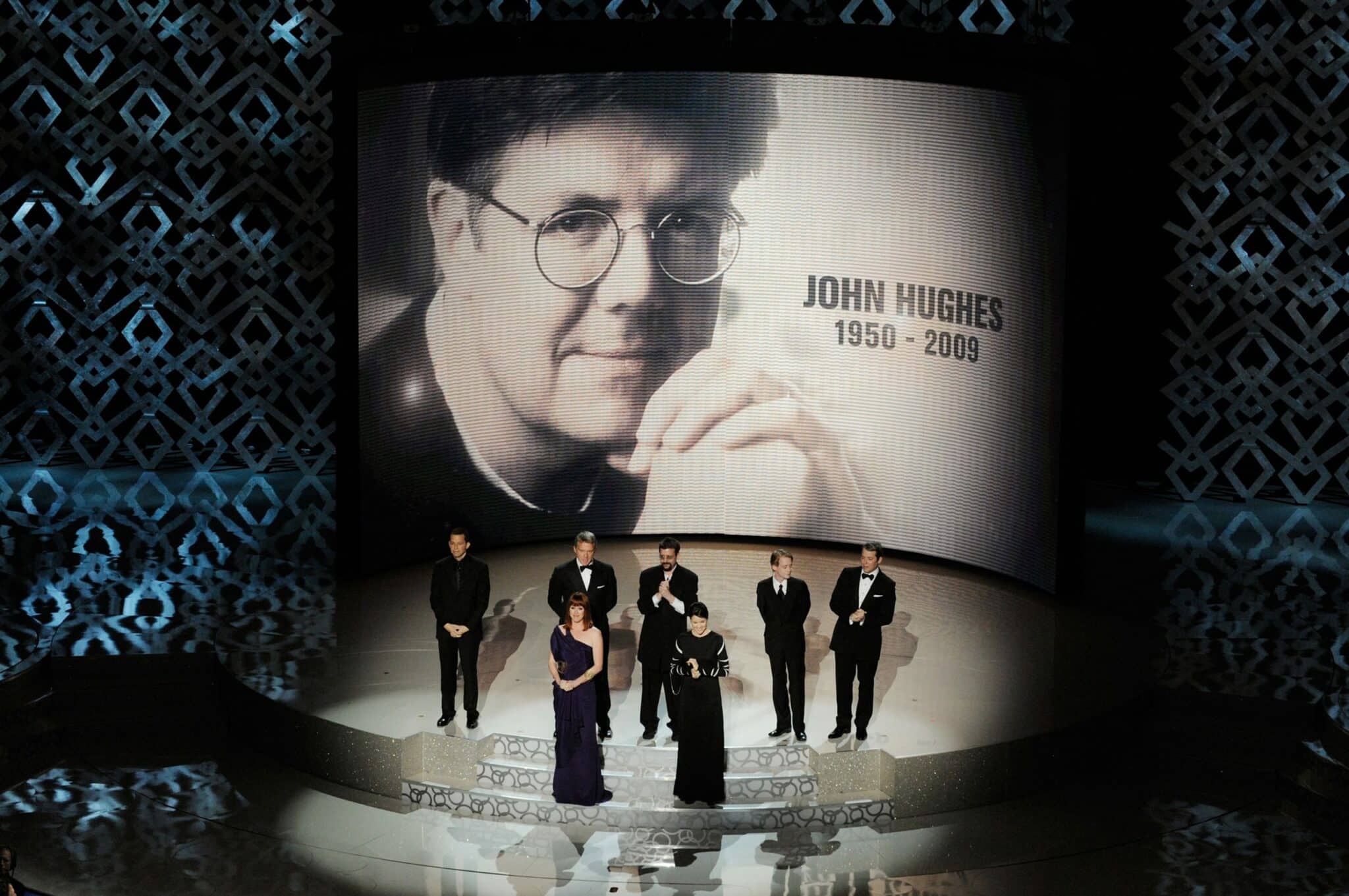 Ringwald ended her New Yorker essay by reiterating how Hughes changed her life: “John believed in me, and in my gifts as an actress, more than anyone else I’ve known, and he was the first person to tell me that I had to write and direct one day.”

In her memoir, Ringwald also noted that early in her career, she had a “mad crush” on Hughes. “It’s pretty heady stuff to have somebody who is so inspired by you that they are writing movies (for you), and studios are doing them,” she wrote. However, Hughes’ and Ringwald’s relationship remained strictly professional – though the two were undeniably very close.

From this complex relationship came movies that moved a generation – and still pack an emotional punch to this day.