Quiz – 12 Classic 80s Movie Taglines! How many can you identify?

A good movie will stick with you for a lifetime. If you’re a big film fan, then going to the cinema really is all about the experience and finding some escapism from real life for a couple of hours, allowing you to get lost in the magic of a great film.

If a movie sticks with you and becomes a favourite, you often find yourself quoting lines from it, especially with those like-minded people who also love to lose themselves in the film for a while. Many of these films have instantly recognisable posters, with a tag-line designed to draw you in, and many of these taglines have also gone down as classic quotes that are often used in other films and TV shows as an in-joke or homage. 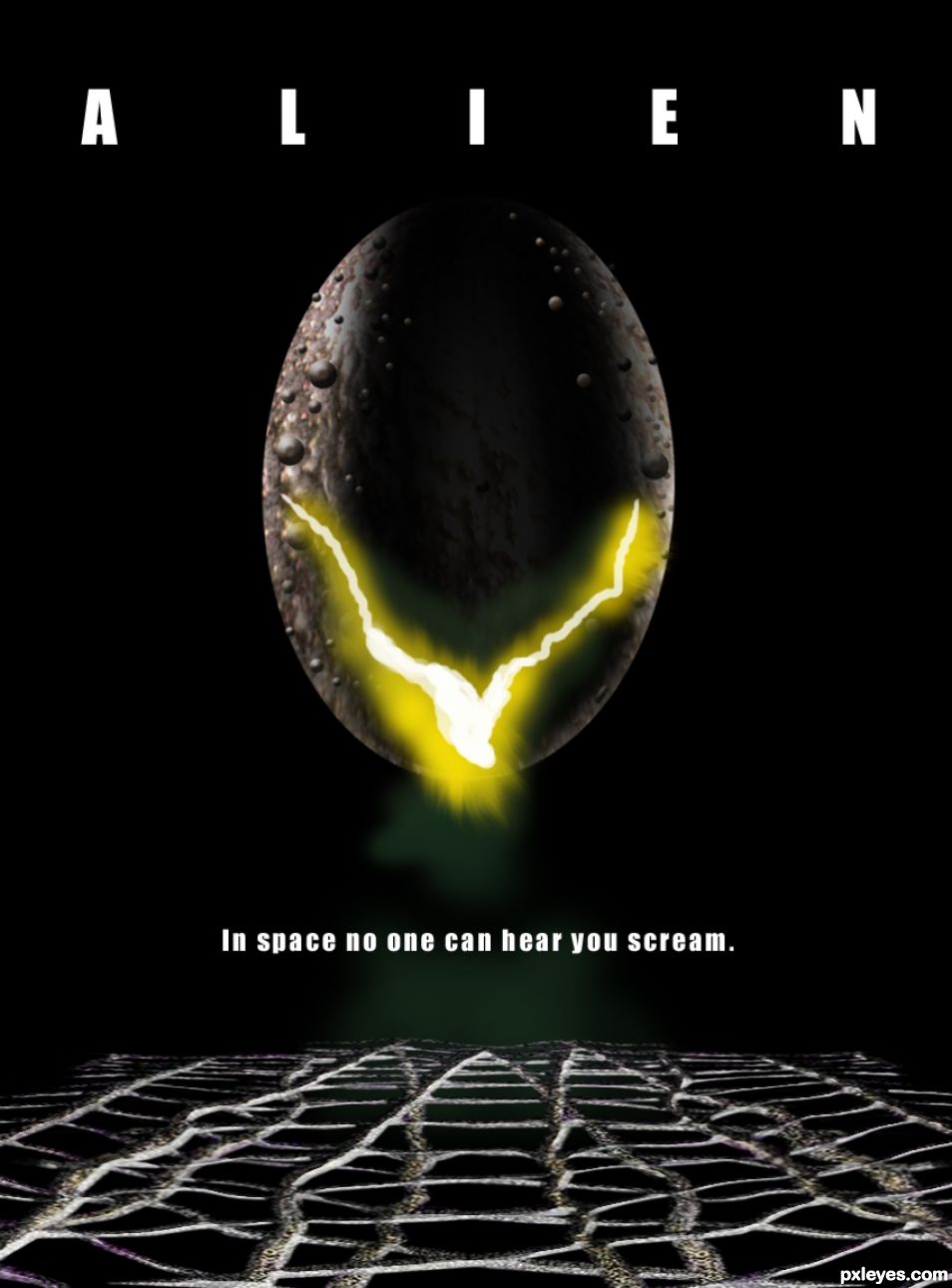 This was never more true than with classic films from the 1980s, so without further ado, we look at some classic taglines from the 1980s – can you identify which films they’re from before we reveal the answers below? Let us know how many you get right in the comments!

6. “The first casualty of war is innocence”

8. “Does for Rock N Roll what The Sound of Music did for hills”

11. “Only their mother can tell them apart”

So how many do you think you’ve got right? Let’s find out… 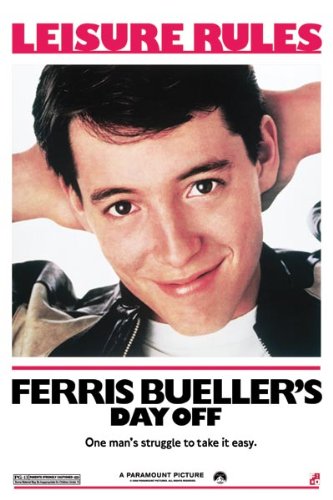 One of my favourite films from the 80’s, Matthew Broderick is sublimely cast as Ferris Bueller, the school kid who makes plans for the ultimate day off, seeing him travel in to the city with his best friend and girlfriend, singing along in a parade, eating in a very posh restaurant and ultimately seeing his best friend trash his dad’s Ferrari. With scenes that will make you laugh out loud, and poignant scenes towards the end that will leave you with a lump in your throat this film is sheer class!

One of the most bizarre comedies of the decade, A Fish Called Wanda sees a combination of American humour meets Monty Python, and for the most part it works incredibly well, with Michael Palin standing out particularly well as an incompetent hitman with a stutter who keeps failing to kill a little old lady, but manages to take out her dogs one at a time! And then there’s a certain fish, named Wanda, who ends up in Kevin Kline’s mouth!

Jeff Goldblum plays Seth Brundle, a scientist who has made the ultimate discovery – the ability to teleport matter instantly from one place to another that could revolutionise the world! He tries it on himself too soon, of course, and ends up slowly transforming in to a human/fly hybrid with incredibly grizzly results. Not one for the faint of heart, be afraid. Be very afraid!

By far Christopher Lambert’s best film, and with an amazing soundtrack provided by Queen to boot, with some true classics on the playlist. Highlander sees Lambert play the titular character, an immortal who must fight to be the last of his kind by beheading the other immortals over the centuries. Genuinely moving at times, and filled with some amazing sword fights, this is a true classic in every sense!

A Nightmare On Elm Street

Introducing us to one of cinema’s most famous, and instantly recognisable, movie villains Freddy Krueger is one of the darkest characters to come out of anyone’s imagination. Freddy is able to find humour in the most twisted of scenarios, and some of the death scenes in this film were truly shocking at the time, with effects that made you scream out loud. The fact that Freddy would get you when you were asleep and so at your most vulnerable only made this film even more terrifying!

6. “The first casualty of war is innocence” 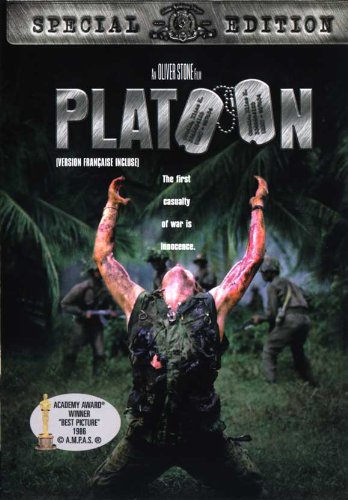 A very difficult film to watch. Platoon made the horrors of war seem all too real, and showed that young people were drawn in to warfare when they simply weren’t prepared for it. With scenes that will make you want to look away, yet simultaneously make you feel you’re belittling the occurrences on screen if you do, this film was incredibly powerful.

James Cameron’s classic film and the movie that made Arnold Schwarzenegger a household name and gave him the catchphrase that would make his career, “I’ll be back”. A classic Sci-fi action movie with plenty of shooting and fighting and although it’s been imitated a hundred times now, this was so far ahead of its time and incredibly original when it came out.

8. “Does for sex, drugs and Rock N Roll what The Sound of Music did for hills”

This is Spinal Tap The film that created its own genre – the Mockumentary – This is Spinal Tap is one of the most imitated films in history – cranking something up to 11 to indicate you’re really pushing it to the max came straight from this film and is still lampooned in TV and film to this day! Stanley Kubrick’s take on the Vietnam film is another genuine classic. This was a film of two very distinct halves, both of which are equally disturbing but for different reasons. The first half of the film is the most difficult to stomach in my opinion though, as you see raw recruits driven so far outside of the life they know that there are breakdowns, murder and suicide. Very hard to watch but incredibly worth putting in the effort! 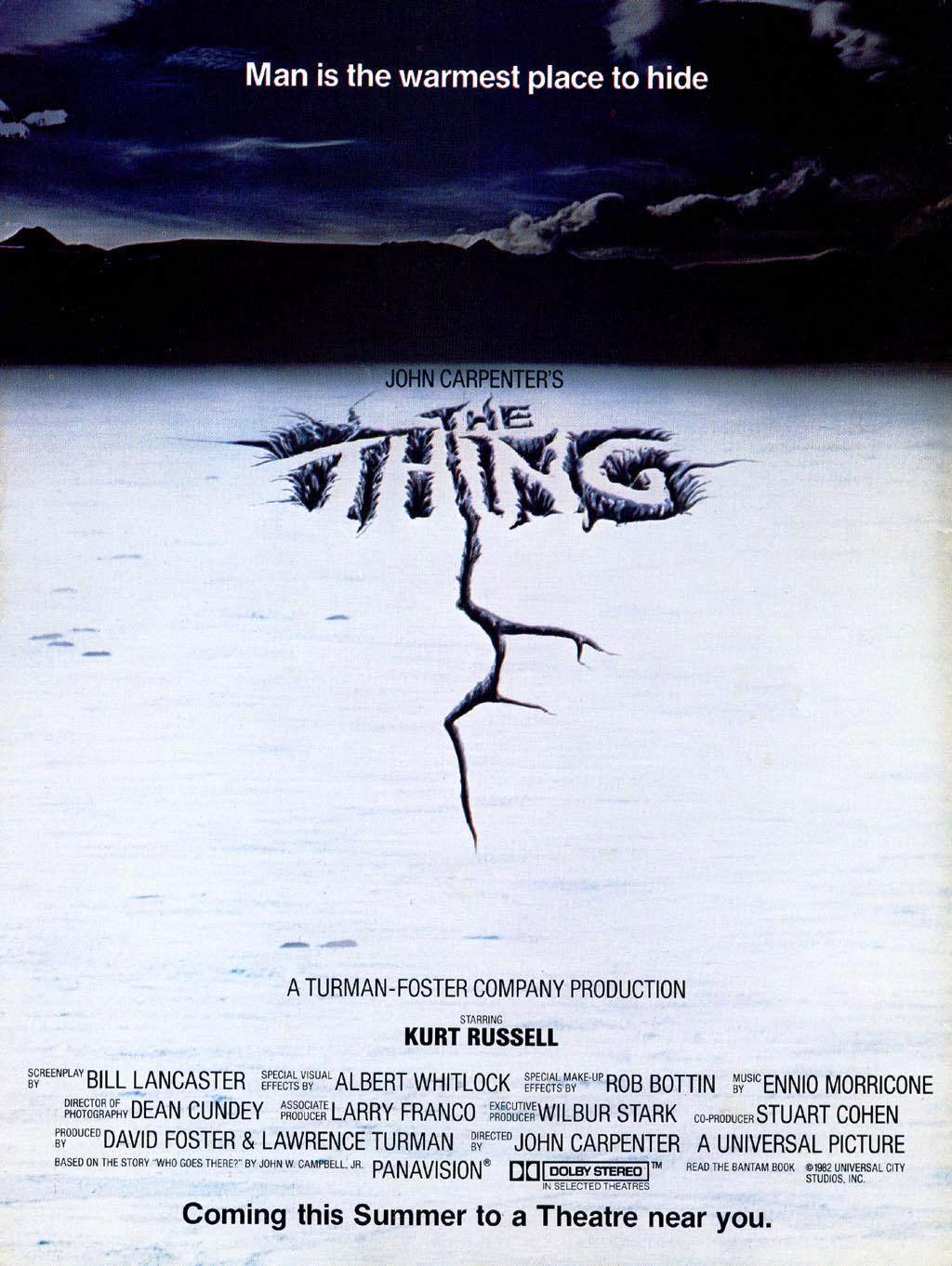 One of the great horror films of the time, The Thing is body horror at its best and is the winner of many an argument over whether practical or digital effects are best and most effective – watch this film and you will realise there really is no argument to have with physical effects that still stand up today and look far better than the dodgy remake/sequel from a few years back.

11. “Only their mother can tell them apart”

After a string of action movies, such as Terminator, Conan the Barbarian and Red Sonja, Arnie turned his hand to comedy in a string of movies including Kindergarten Cop, Junior and Twins. Twins is arguably hands down his best of these films, the chemistry between Arnie and Danny DeVito as twin brothers seperated at birth is excellent and they play off each other incredibly well. Stands up to repeated viewings, too, which is always the sign of a good film!

Quite possibly my favourite film on this list, Aliens couldn’t have been more different to the film it was the sequel to. Alien was an incredibly tense, scary horror film, Aliens was an all-out rampage of alien-killing carnage with incredible characters, effects well ahead of it’s time and so many quotable lines it’s scary. Game over, man, game over!

So which of these taglines did you identify? Are there any other classic taglines from 80s films that we have missed off? Did these bring back lots of memories for you? Which do you remember most fondly and quote whenever you can? Let us know in the comments as always!