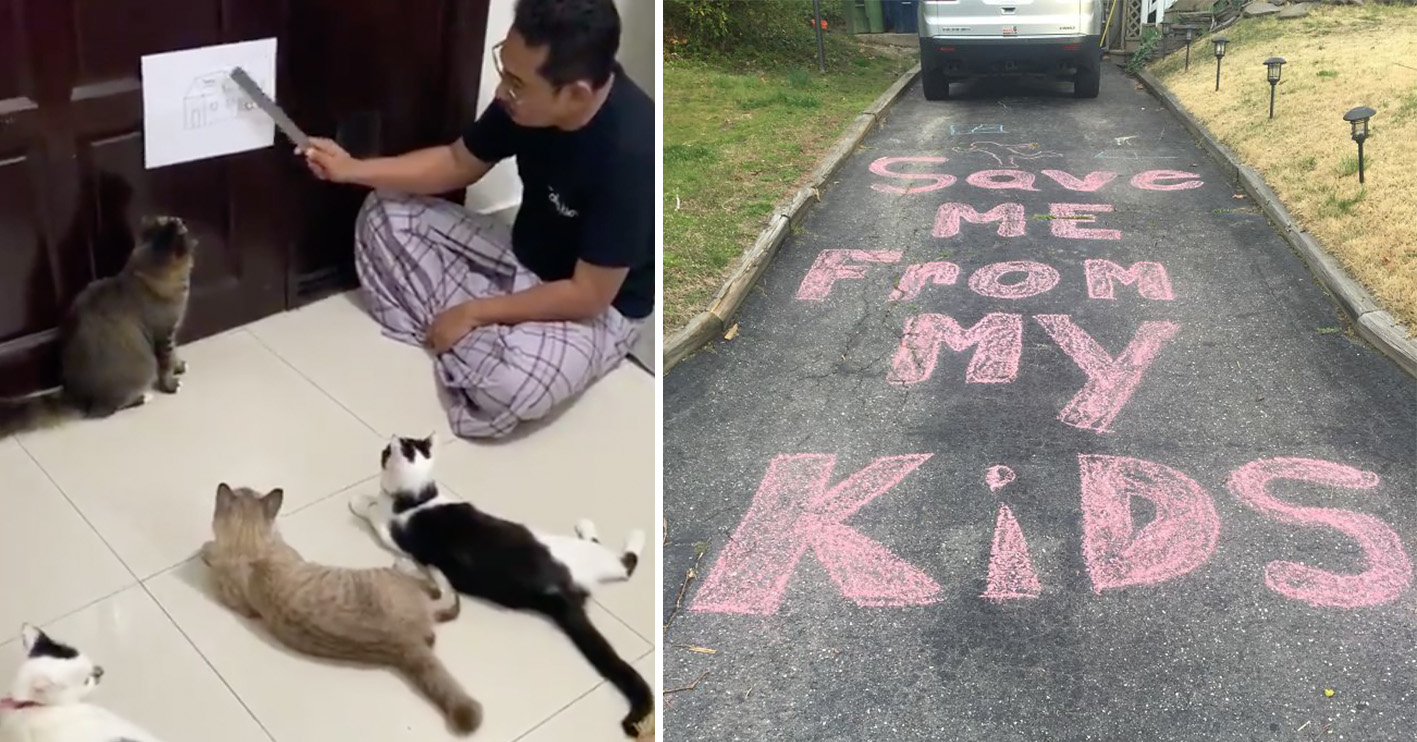 With self-isolation becoming more of a new normal, people have had to adjust everything from their workdays to their hobbies to accommodate the new way of living. We've even had to adjust to new shopping arrangements, scarcities in foods of which we've previously had plenty. We've been stuck inside with our significant others (or without them, if you weren't already co-habiting) and our mad pets and, with no end in sight, we've been pushed to breaking point.

That's not to say it's been a complete disaster for everyone. Many people have had a fairly smooth transition, moving their work or studies online and picking up a new hobby in the evenings, but just as many people have picked up some truly bizarre habits to help them cope. It's not just knitting and videogames that people are using to relax - some are making jam, dressing up their pets and playing chess with their plants.

On the other hand, the jokes and memes that these people are generating are a complete lifesaver. True, these are dark times, and sometimes it can seem a little insensitive to be making jokes. But people need some light in their lives from time to time, and inventing strange games to keep the kids occupied isn't neglecting those who are truly suffering.

In that spirit, let's enjoy the schadenfreude of people who aren't handling quarantine well at all. People who never knew just how much they relied on the kids being at school, or never knew what their pets got up to while they were away at work. People such as...