Quantum Leap was one of the most popular sci-fi adventure shows of the late 80s and early 90s, before it came to an abrupt end in 1993 that left many fans unsatisfied.

It wasn’t until 2019 that footage emerged of an alternate ending that was originally shot for Quantum Leap’s season five finale – one that set the stage for a sixth season that would have potentially taken the time-travelling series in a radically new direction.

Quantum Leap first hit the air on March 26, 1989. It was one of many TV hits created by writer and producer Donald P Bellisario (also responsible for 80s classics Magnum, P.I. and Airwolf, plus later high-rated crime shows JAG and NCIS). 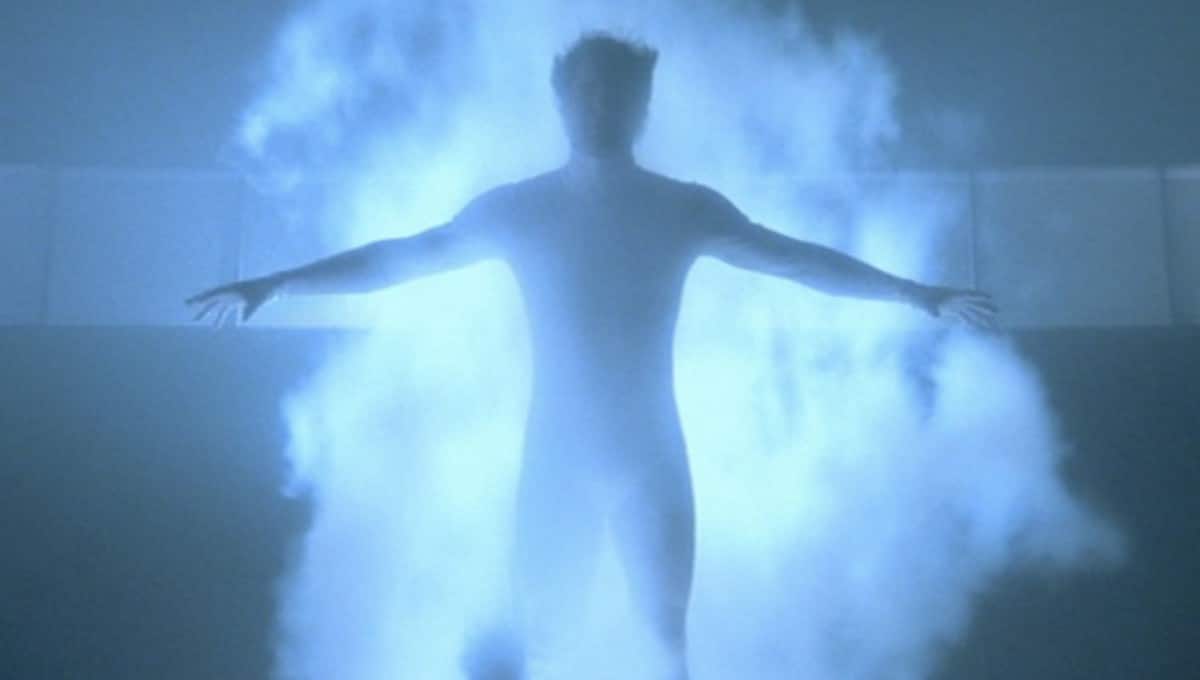 The bold premise saw Scott Bakula portray Dr Sam Beckett, a physicist researching time travel whose experiment goes wrong, sending him not only into the past but into the bodies of other people.

Sam finds himself the pawn of a seemingly mystical force, which sends him from place to place in order change human history for the better.

Of course, Sam isn’t alone on his quantum leaping journey: along the way he’s guided by his old friend Al Calavicci, a US Navy Admiral played by Dean Stockwell, who appears as a hologram that can only be seen and heard by Sam. 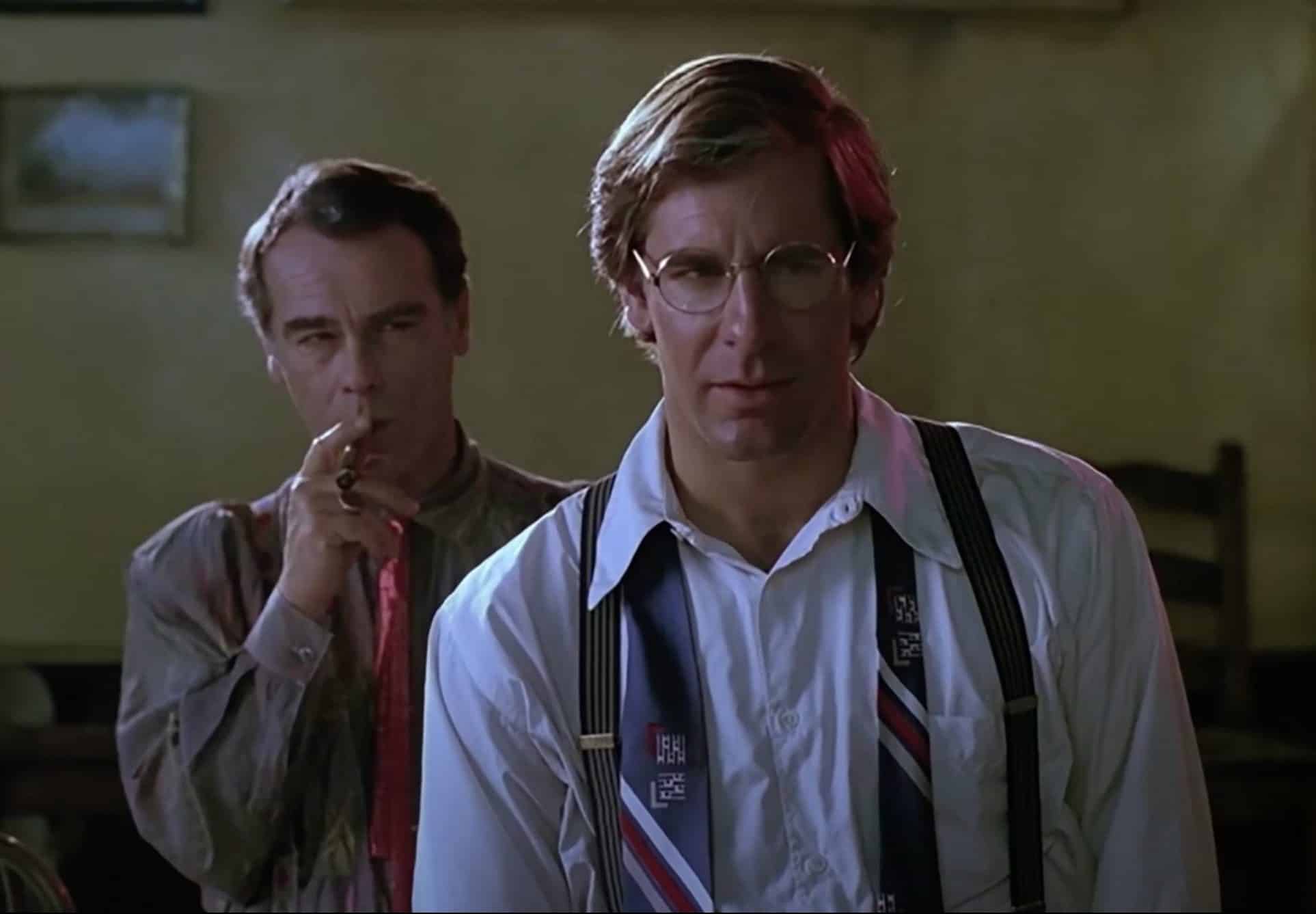 With the aid of supercomputer Ziggy, each episode Sam and Al work together to identify the problem that needs to be fixed in the life of their subject; once the issue is resolved, Sam leaps ahead into another body – and so it continues, episode by episode.

By the end of the fifth season, Sam had made over a hundred leaps (more than one an episode in a few instances), yet two big questions remained unanswered: what was it that made Sam keep leaping, and when – if ever – would he get to leap back home?

Quantum Leap’s 97th episode, the season five finale Mirror Image (first broadcast May 5, 1993), teased some answers to these questions. The episode that was broadcast ends with Sam making one last leap in order to save the first marriage of old friend Al (a multiple divorcee in series lore). 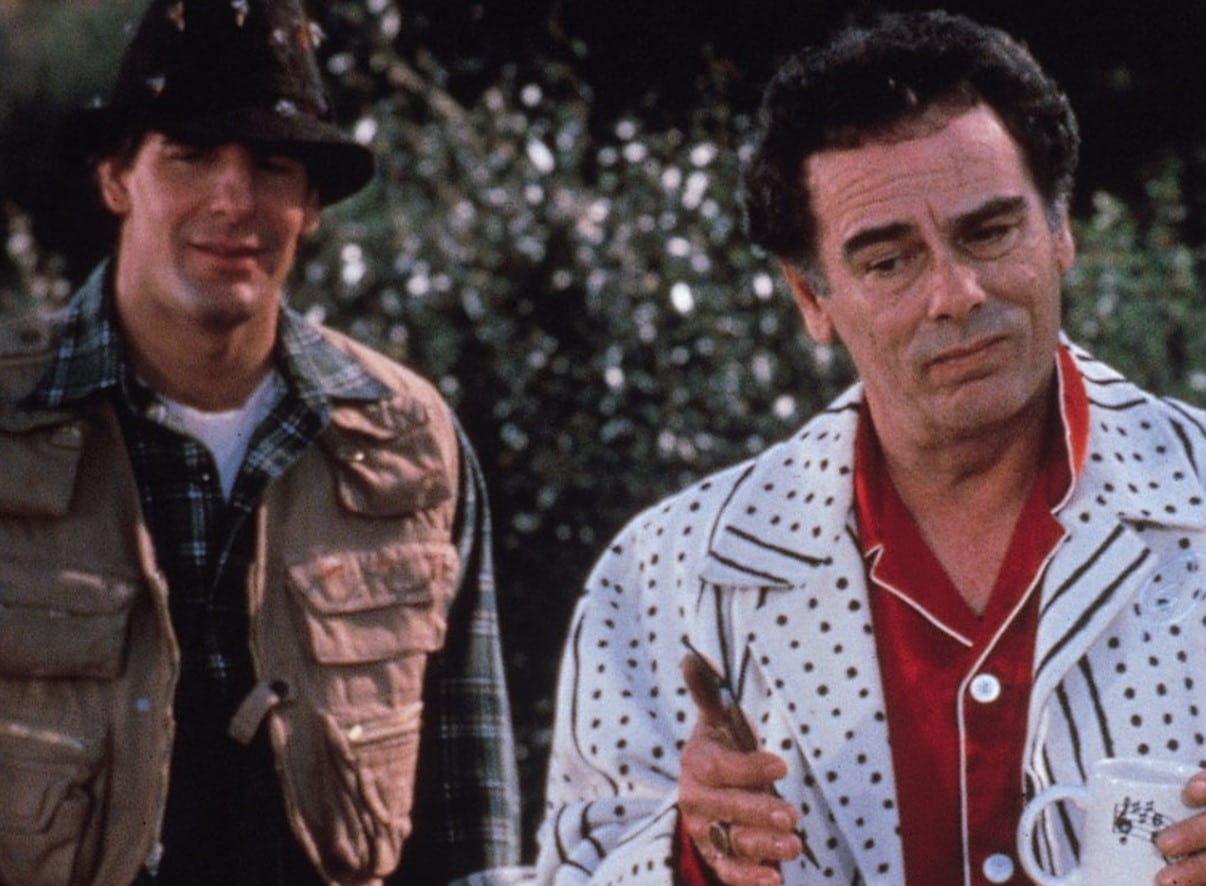 After this, we see a nearby photograph of Al enveloped in the electric blue light which normally surrounds Sam when he leaps. The screen then turns black, and three closing text cards read, ‘Beth never remarried. She and Al have four daughters and will celebrate their 39th wedding anniversary in June. Dr Sam Becket never returned home.’

A lot of Quantum Leap’s most committed fans were left unhappy by this perfunctory wrap-up, and not just because the closing text misspelt the protagonist’s name. Some found it cruel to deny Sam his happily ever after, not least because the character left behind a wife in his own time, fellow scientist Donna Beckett (first portrayed by Teri Hatcher, and later by Mimi Kuzyk), and daughter Sammy Jo Fuller.

While fans were left unhappy that Sam didn’t get to return to his loved ones, Scott Bakula himself has spoken favourably of the conclusion, even whilst acknowledging it wasn’t what was originally planned. 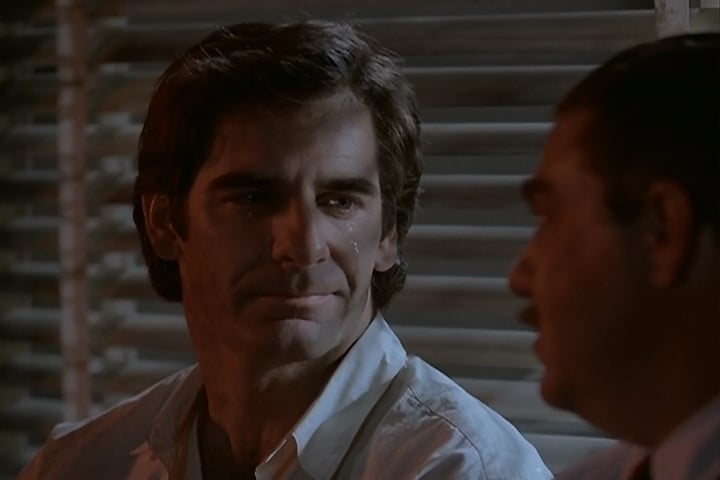 The actor has remarked, “I think it’s a beautiful ending. It was challenging, it was difficult, but I think it was the only answer. I like it. I like that Sam’s out there, and I like that Al got to make his life right.”

Yet while Quantum Leap’s leading man may have found the conclusion satisfactory, this has not kept fans and critics from frequently listing Mirror Image among the worst final episodes in TV history.

Creator Donald P Bellisario recalls, “I got a lot of negative letters from fans… [but] Sam leaping on is the way the story has to go. [He] can’t stop, it’s his life work. He’s making a choice to leap on because he has so many people to help… So he made a very conscious choice to keep leaping. He could have chosen to leap back home, he had that ability.” 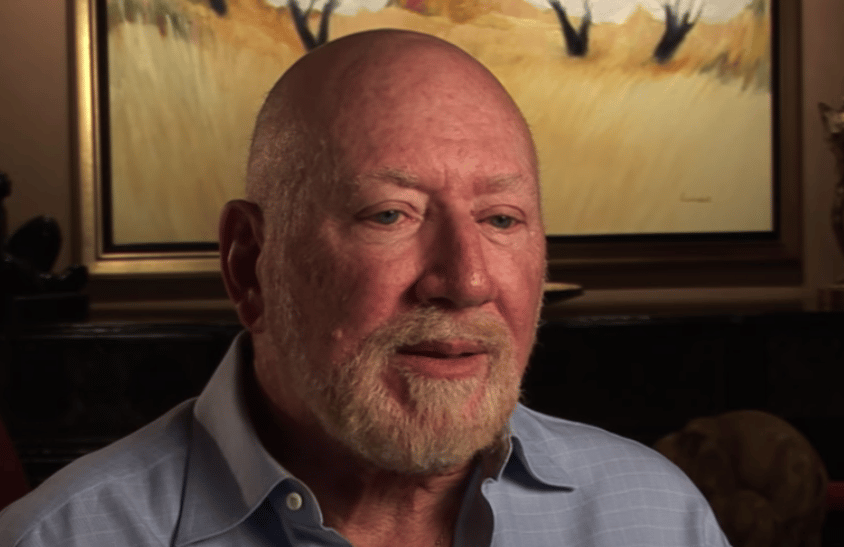 There is, of course, a simple explanation as to why Quantum Leap’s ending feels like a cliffhanger: when it was shot and edited, the cast and crew did not know for sure that it would be the series finale.

Bellisario had been informed by NBC that Quantum Leap’s future was in doubt in light of falling ratings, so he wrote the season five closer himself knowing that it might serve as a finale, but with high hopes that the show would be renewed for a sixth season.

Once it was decided that the show would not go on, the network tacked on the infamous closing text. However, it wouldn’t take long for rumours to surface of an abandoned alternate ending, and plans for where things might have gone in Bellisario’s season six. 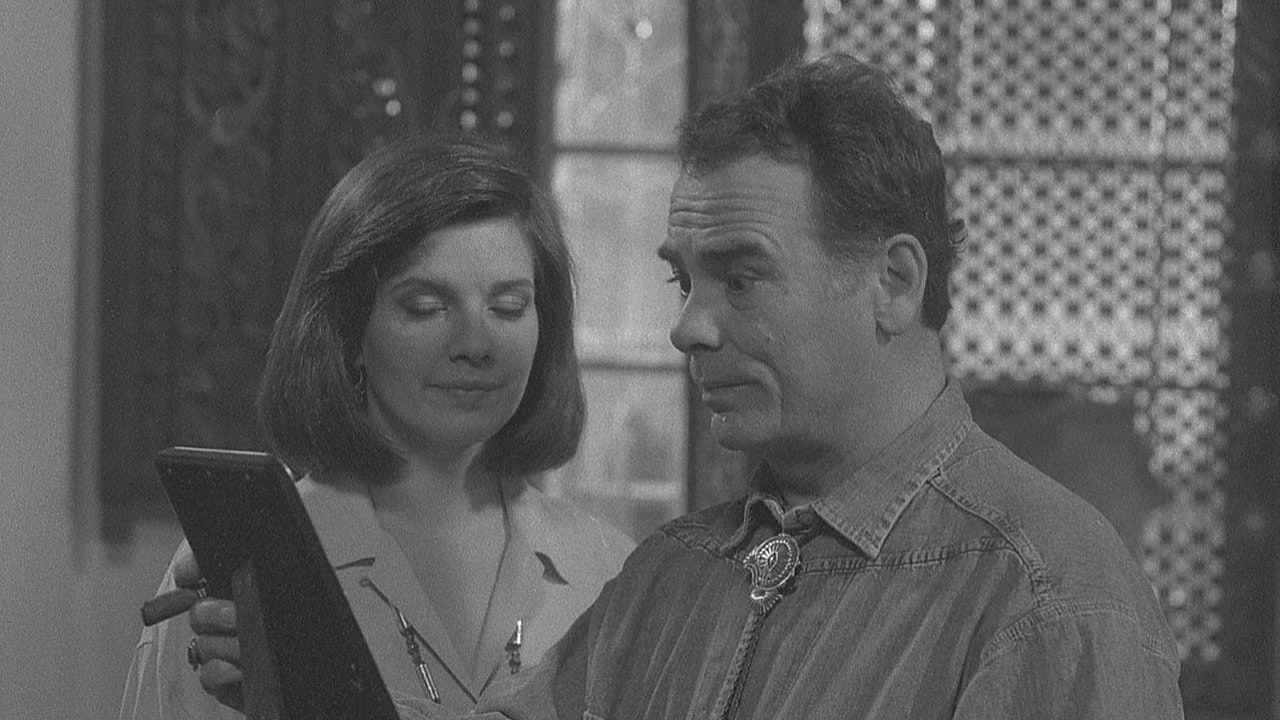 In the mid-90s, an alleged script for a cut final scene to the season five finale made its way online. It included a conclusion that fans felt suggested that Al was going to step into the Quantum Leap accelerator and become a leaper himself, in order to find Sam and bring him back home.

Bellisario denied the existence of any such script; as recently as 2021, the series creator insisted, “I didn’t have a plan for season six. It was going to be the same thing, to tell all the stories that we could tell.”

Even so, it came to light in 2018 that this alternate conclusion to Mirror Image had indeed been put to film. In 2019, a very rough video of the unused final scene was released, after being uncovered by a fan. 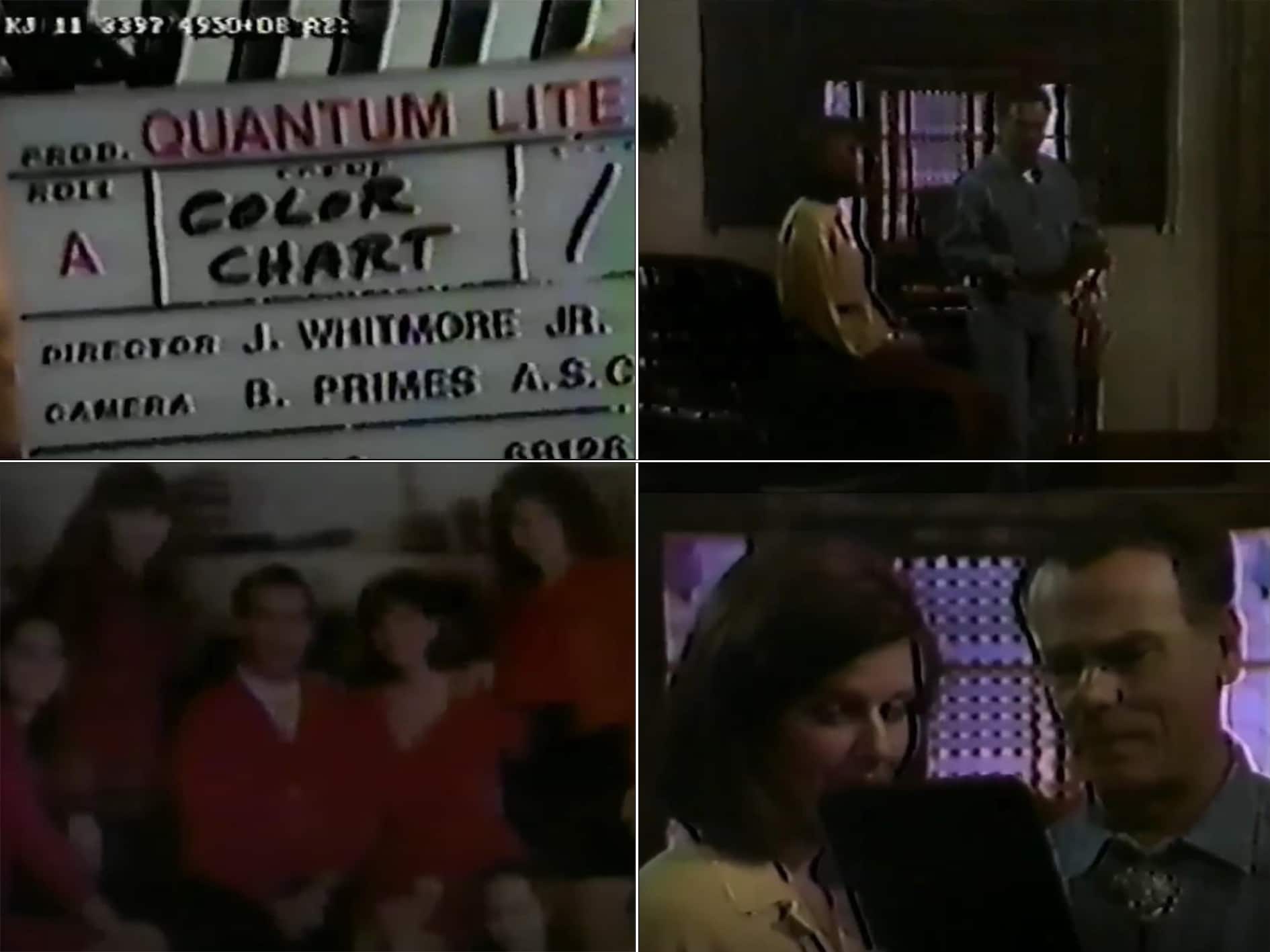 The clip opens on that same photo of a young Al before panning back across the room to a photograph of Al and his wife with the daughters previously mentioned in the televised ending’s closing text. Finally, we have dialogue between Al and his wife Beth (Susan Diol), ending with Beth reassuring Al: “You’ll find him… I guess that’s what friends are for.”

While this is all the footage that has been uncovered, there was at least more in the original script to set up Al as a new leaper for season six. Further scenes allegedly would have seen Al in conversation with Mirror Image’s enigmatic ethereal entity in the form of a bartender, who advises Al that becoming a leaper himself might help him find Sam.

This script is said to have ended with Al indeed stepping into the Quantum Leap accelerator, then awakening to find himself in the body of a woman – at which point, Al would have borrowed his old pal Sam’s catchphrase and sighed, “Oh boy!” 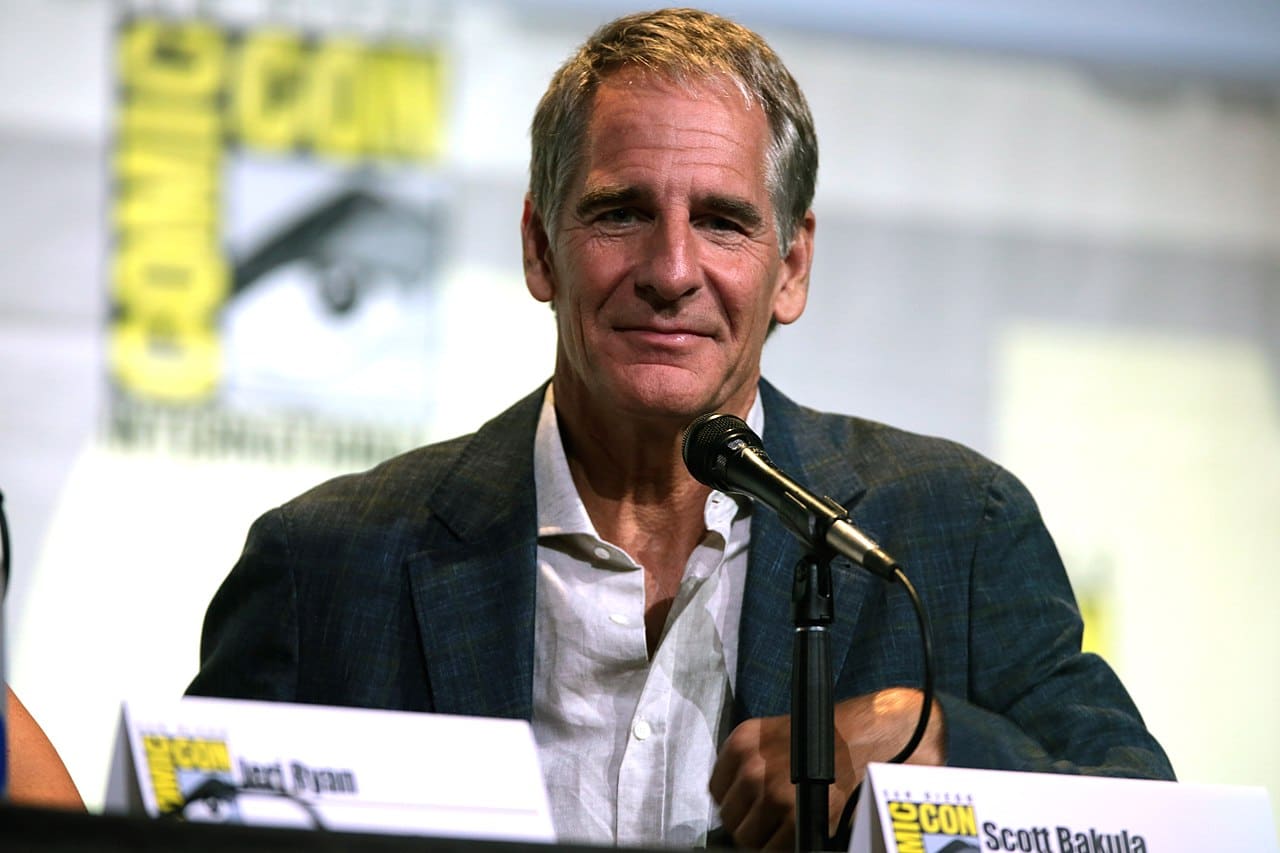 Discussing the ending and what might have been, Scott Bakula in 2019 told fans, “I remember that we shot different endings so that Don [Bellisario] would be able to adjust accordingly… I’m glad the fans get to see what might have been, or could be. I keep telling people, Sam’s still out there.”

This would have seen Sam’s daughter Sammy Jo follow in her father’s footsteps as a leaper, touching on a number of historical events including Live Aid and 9/11. 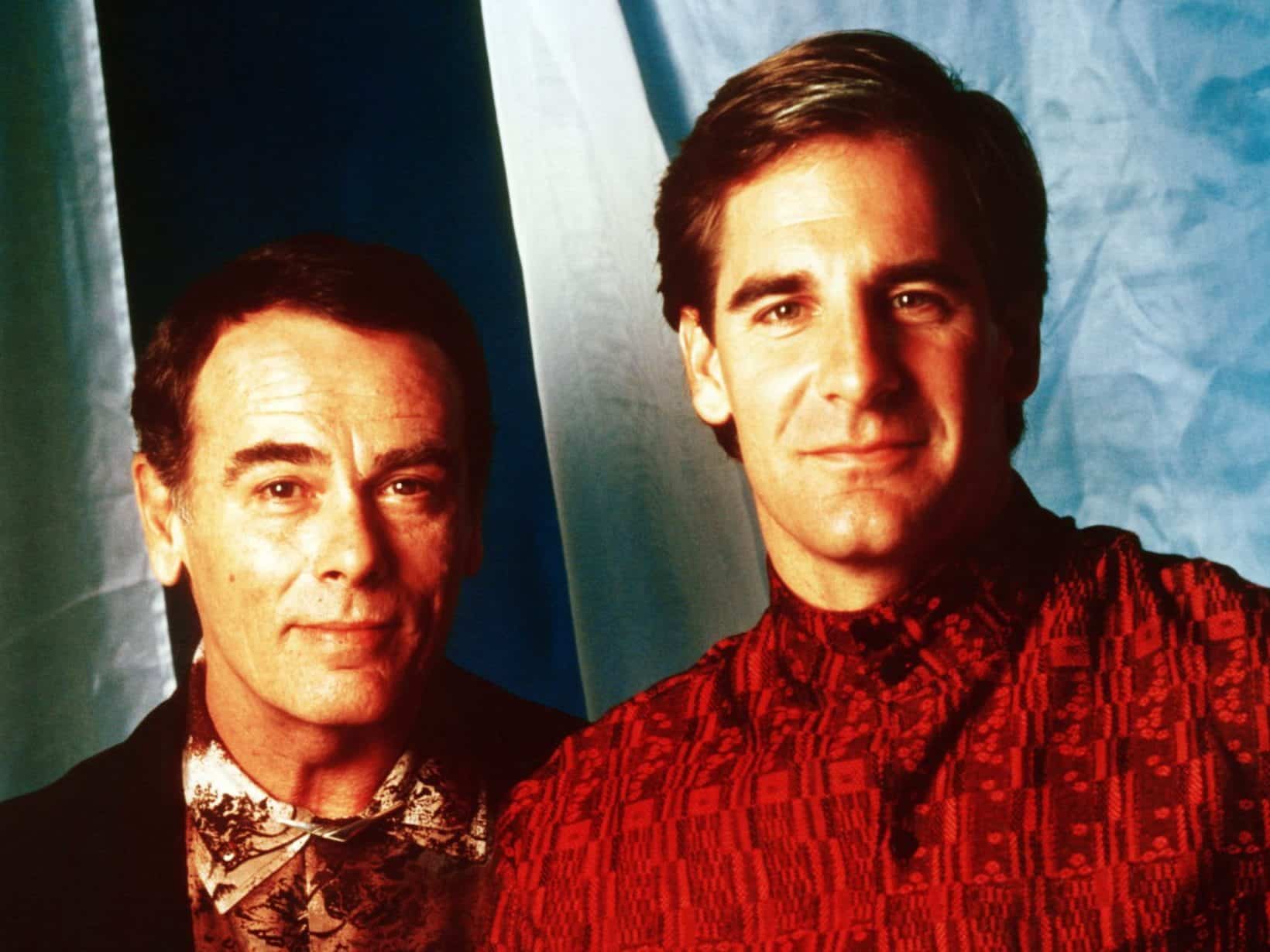 Sadly, any chance of a revival bringing the old cast back together was gone in November 2021, when Dean Stockwell passed away aged 85. With Stockwell’s death, the seeming original plan to have Al become a leaper will now never come to pass.

Though Bakula and Stockwell will sadly never be reunited on screen, in January 2022 news did break of a new Quantum Leap TV series being in development, and set to follow an all-new crew dusting off Dr Sam Beckett’s long-since abandoned project. (Could the new leaper still be Sam’s daughter? We shall see.)

Scott Bakula has not been announced as a cast member on this new Quantum Leap, but it seems likely that the show will involve Sam in one form or another. Fans will never get the season six they might have hoped for, but perhaps this reboot will finally bring the closure that many feel is long overdue.