Adults often tell children that their time at school should be the best days of their lives, and whilst we might also be guilty of giving similar advice to the young people in our vicinity, how many of us actually had a one hundred percent positive experience at the institution of our education? Because, although learning should have been (and often was) something to enjoy, school was also sometimes a time of difficulty, pressure and insecurity.

Thankfully, like us you probably also have many positive memories from your school days, and whether your happy experiences were down to friends, teachers, or secret crushes, there’s one thing we all shared, and that was a love of pencil cases, and all of the stationary, secret notes and little personal items they kept safe.

Whether they contained 3D rulers, rainbow heart rubbers, troll pencil toppers or multi-coloured biros, our pencil cases were one school-based item that we had complete control over, and for that reason we remember them with a great deal of fondness. Below are eight pencil cases that we really hope will bring back many positive memories from your school years. 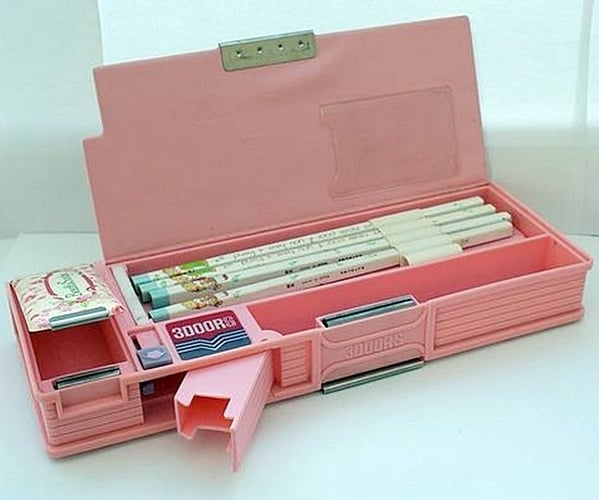 Who remembers owning a plastic pencil case that clipped open and shut using the extraordinary scientific power of magnets?

We particularly remember this pink one that contained what we considered to be hidden compartments, where we stored our most precious little trinkets. 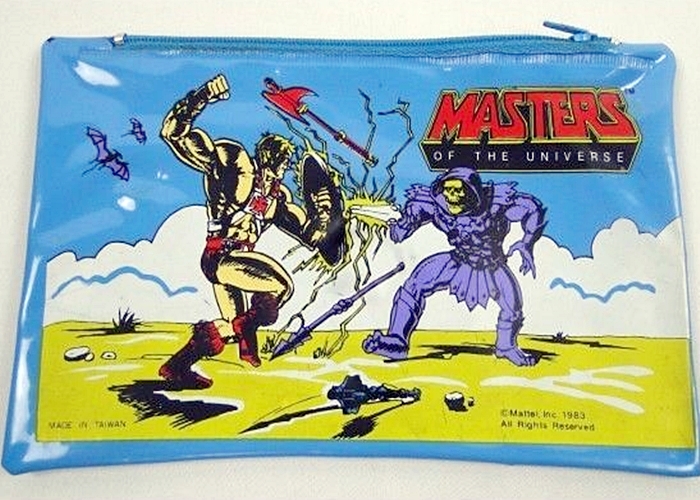 Many of you will remember owning a pencil case that was adorned with characters from your favourite animated show, and like us, some of you may have been able to take the most powerful man in the universe to school with you.

These types of pencil cases were great, because during our boring Maths or Science lessons we could look forward to home-time, when we would be able to turn on the TV and watch our favourite cartoon once again. 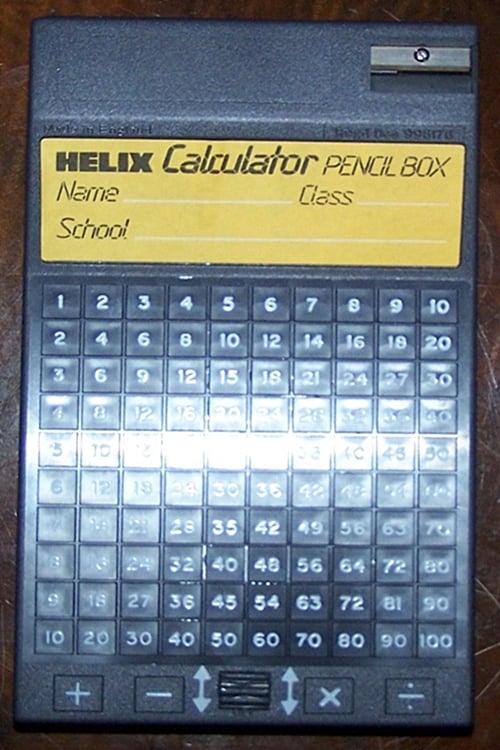 Indeed there was once a time when people stored their stationary in a fairly realistic-looking fake calculator.

Unfortunately, Helix Calculator cases couldn’t actually help us in our Maths exams by doing any sums, but for some reason we can’t quite understand, we remember them being extremely sought after. 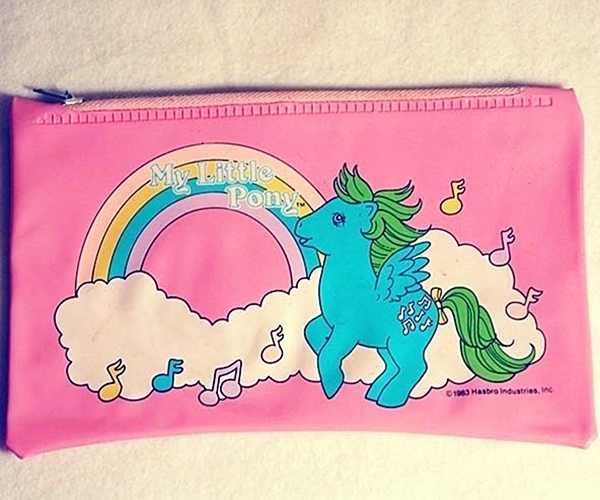 Far be it for us to encourage gender stereotypes, but it’s a simple fact that at primary school, whist many of the boys had pencil cases with He-Man or ThunderCats on the front, girls tended to have ones that featured the likes of My Little Pony or Care Bears.

When it came to pencil cases aimed at girls, they tended to feature extremely bright colours (with pink often front and centre), as well as plenty of sparkle and glitter. 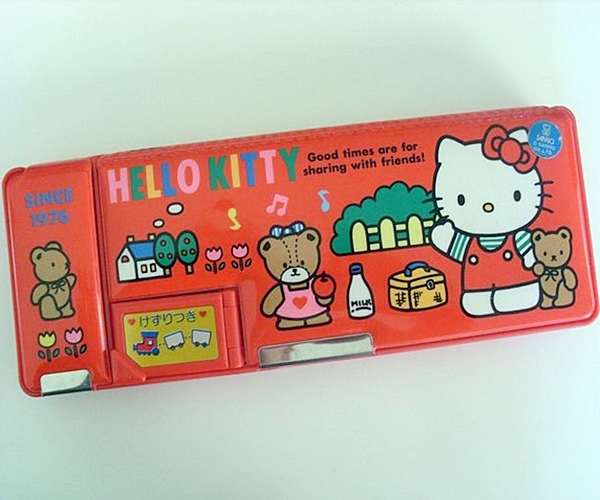 We thought that Hello Kitty was a fairly recent brand, but more fool us, because it was actually introduced all the way back in 1976.

So when our daughters and sons ask for toys and merchandise featuring the adorable little cat, we can reminisce about the days when we did exactly the same. 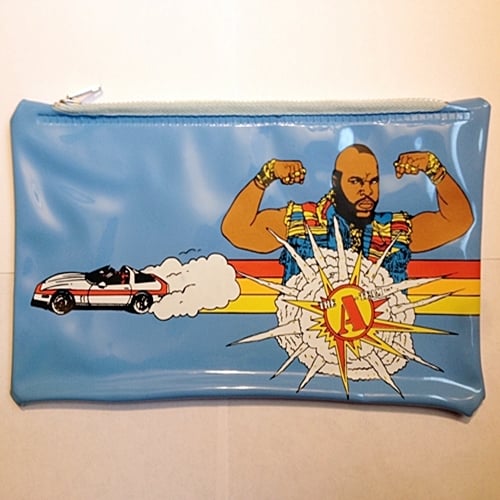 We could have picked Knight Rider, Airwolf, Street Hawk or many other classic 80s TV shows, but if there’s one programme that we definitely remember at least one kid in our school having on the front of their pencil case, it was the A-Team.

They may have been a crack commando unit that killed people mercilessly, but at the same time they were always the good guys, and we loved carrying around images of Hannibal, B.A., Murdock and Faceman wherever we went. 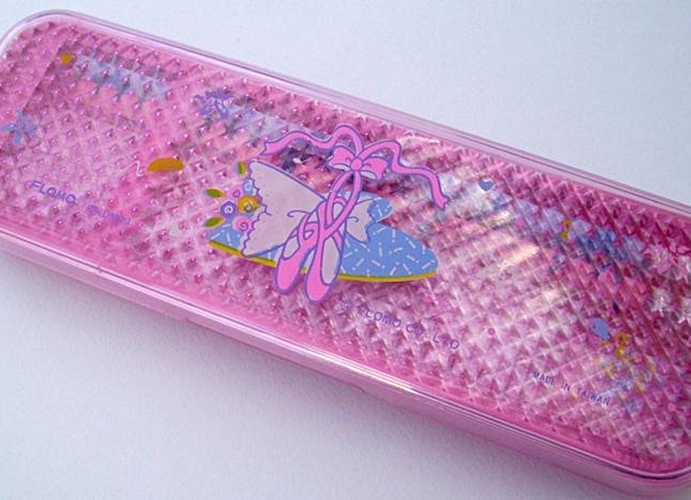 Coming emblazoned with an image of ballerina shoes, and having a lovely bubbly diamond-shaped texture to it, we’re pretty sure that this pencil case will have been owned by a good number of you. 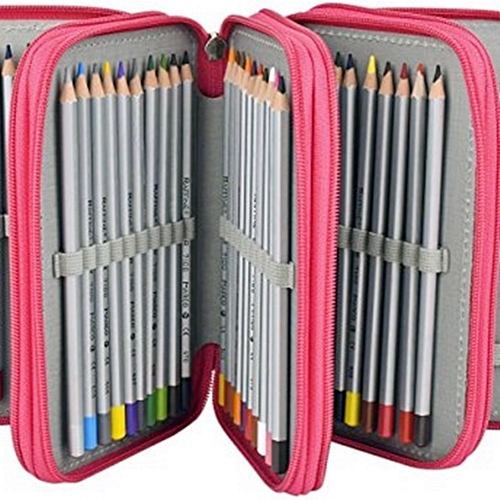 Once we got a bit older, or if we considered ourselves to be somewhat superior to our regular pencil case owning friends, we could throw away tradition and purchase a case that allowed us to be far more organised than we had been previously.

Fabric pencil cases allowed us to line up our pens and pencils very neatly using elastic strips, and many of them, such as the one pictured here, had a number of different compartments.