Over the years we’ve been lucky enough to watch some genuine cinematic masterpieces, and we’ve also been subjected to a selection of awful films that we’ve refused to sit through again since. But today we’re plumbing new depths of theatrical terrors to talk about movies that are so bad, that they somehow end up being, well, good.

Pamela Anderson made a memorable foray into the world of Hollywood with Barb Wire, a 1990s superhero film that would later be voted as one of the top 100 worst films of the entire 20th Century. And although it’s without doubt a terrible movie, there’s a great deal of charm to be found watching Anderson kicking bottom whilst spouting lines such as “don’t call me babe” and “Barbara Kopetski died in the war. I’m Barb Wire”.

It’s time to embrace the bad and enjoy one of cinema’s most talked about efforts, with these 10 fascinating facts about the so-bad-it’s-good 1996 film Barb Wire.

10. Its plot is almost identical to Casablanca’s 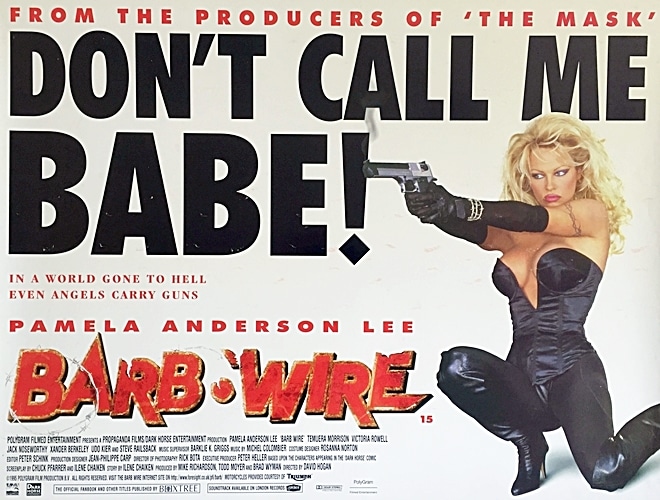 A number of critics pointed out that the plot of Barb Wire is almost identical to the one found in the Academy Award winning 1942 romantic drama Casablanca.

In Casablanca, Humphrey Bogart’s American expatriate helps the woman he loves and her resistance leader husband escape from Casablanca to continue their fight against the Germans during World War II.

9. Its opening scene was inspired by Pamela Anderson’s nightmares 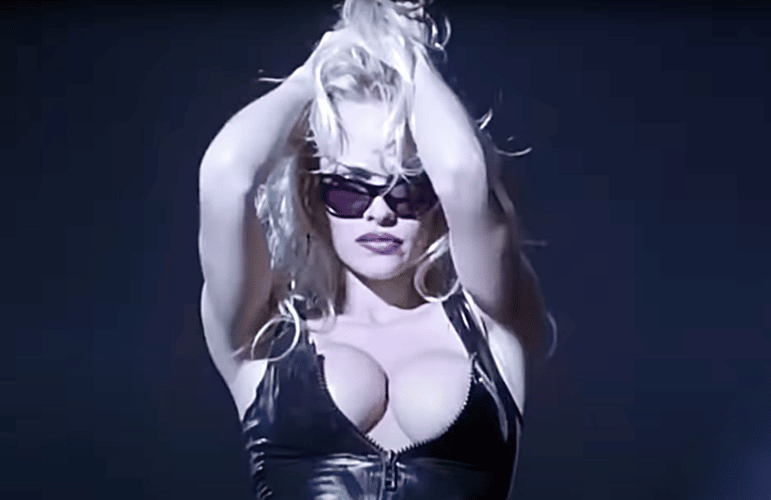 Barb Wire’s opening scene, in which Barb dances in a strip club whilst being sprayed with water, was suggested by Pamela Anderson herself.

The star took inspiration from one of her nightmares, in which she was sprayed with champagne while performing what she described as “a nasty dance”. 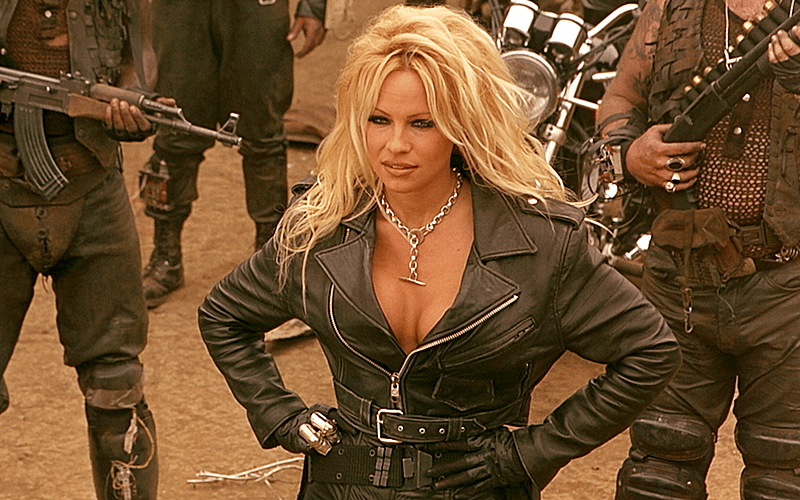 No one can claim that Pamela Anderson didn’t suffer for her art during Barb Wire’s shoot, because the former Baywatch actress put up with some punishing clothing choices in order to look the best she possibly could on screen.

A painful lace corset tied Anderson’s waist down to an unfathomable 17 inches (43 cm), leaving the star barely any space to breathe.

7. Anderson performed many of her own stunts whilst wearing heels 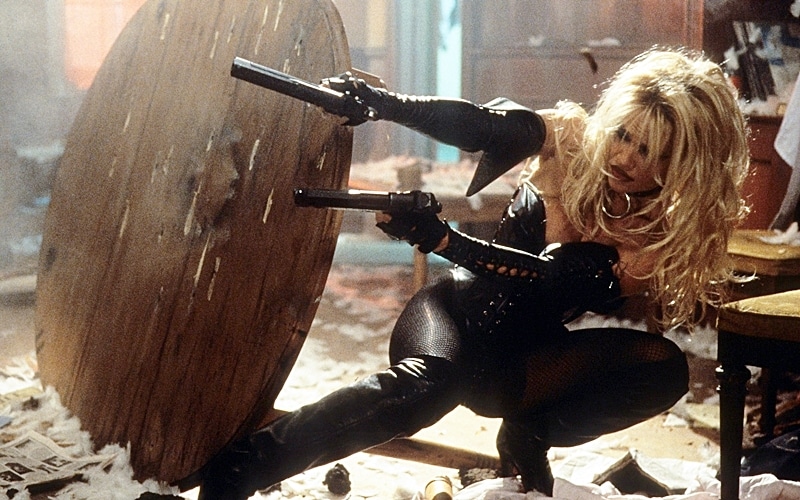 Anderson didn’t shun a challenge when it came to the film’s many stunts either, performing in many of her own fight scenes.

The fight choreography was made even more challenging by the heels – and aforementioned corset – which Anderson wore throughout the majority of the film’s 98-minute runtime.

6. It made less than $4 million at the box office 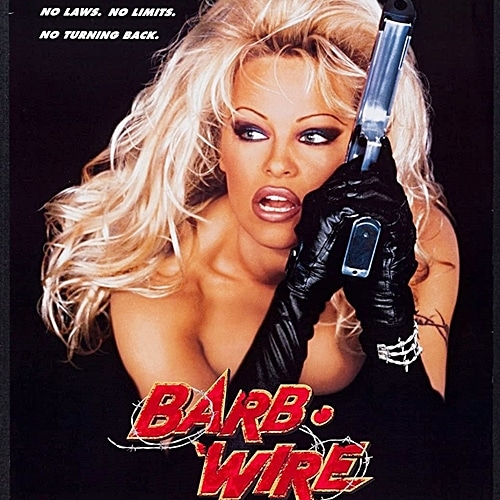 Barb Wire was panned by most critics, although the late Roger Ebert was more positive, writing “the filmmakers must have known they were not making a good movie, but they didn’t use that as an excuse to be boring and lazy. Barb Wire has a high energy level, and a sense of deranged fun”.

Audiences weren’t convinced however, and the film failed to recoup its $9 million budget by some way, making less than $4 million at the box office.

5. Its failure forced the comic book series on which it was based to end 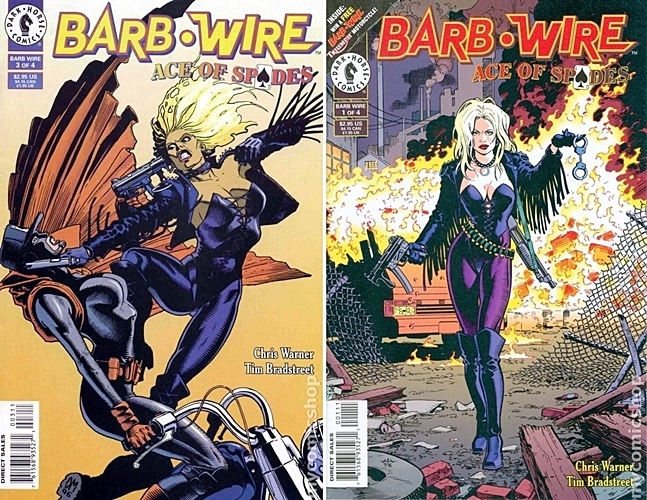 Barb Wire is based on the Dark Horse Comics series of the same name, which ran for 13 issues between 1994 and 1996.

Unfortunately, the series was brought to a close just after the film bombed at the box office, but the character was resurrected for an eight-issue reboot in 2015.

4. It was nominated for six Golden Raspberry Awards 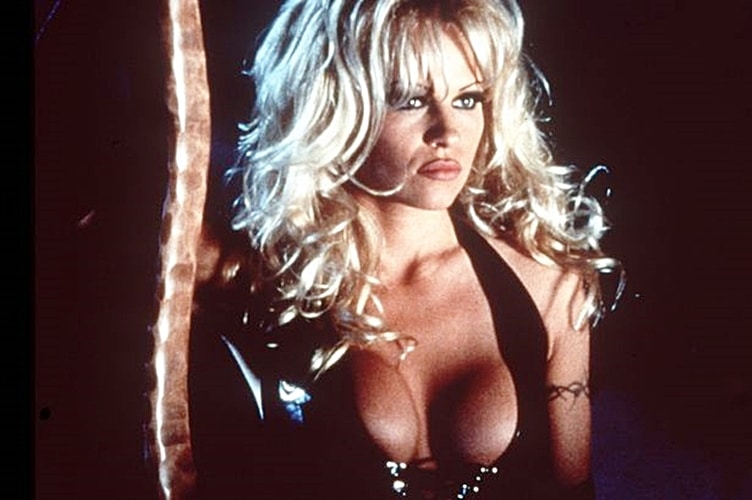 In addition to later being named as the 19th worst movie of the 20th century in a list titled 100 Years, 100 Stinkers, Barb Wire was nominated for six Golden Raspberry Awards.

The annual ceremony, which celebrates the very worst that Hollywood has to offer, decided that Barb Wire was not the worst film of 1996, but it did decide that Pamela Anderson should be crowned Worst New Star.

3. Its soundtrack features songs by Michael Hutchence and Salt-N-Pepa 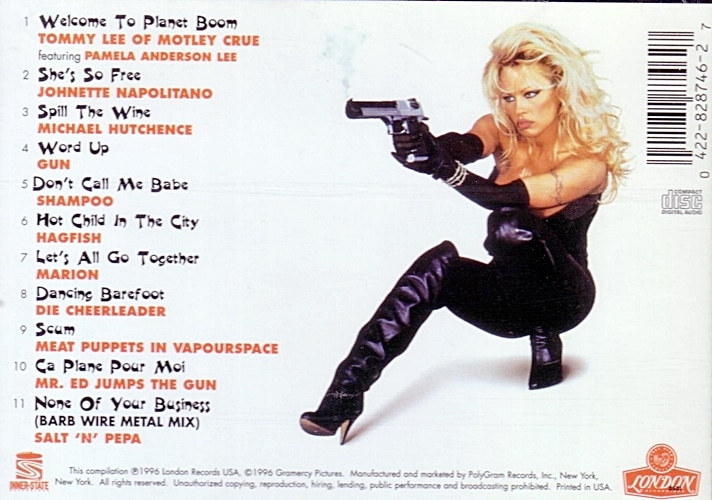 We had no idea until now that Barb Wire had an official soundtrack, but its 11-track collection features tracks from a number of pop and rock legends.

The album contains songs by Michael Hutchence, Salt-N-Pepa and Shampoo, and it may not come as too much of a surprise to hear that Anderson’s ex-husband Tommy Lee opens the compilation, performing a song called Planet Boom. 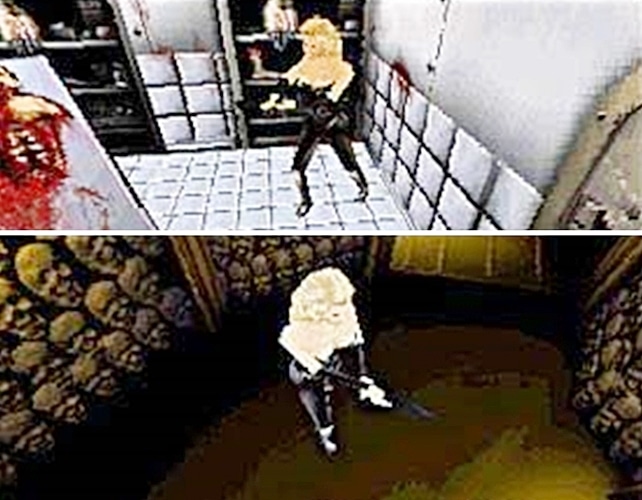 A Barb Wire video game was once in the process of being developed by Cryo Interactive, who planned to release it for the original PlayStation along with the Sega Saturn, PC and Mac.

Maybe the game was looking as bad as the film on which it was based, or perhaps the film’s box office failure gave publisher GT Interactive cold feet, but either way the game never saw the light of day.

1. A website recently claimed that it “accidentally predicted the future” 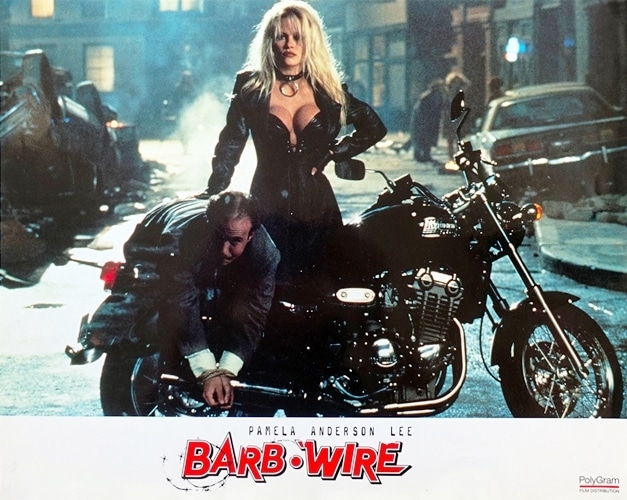 “While no sane person could call Barb Wire a good movie,” wrote Scott Meslow, “its nightmarish vision of the future…is now….at the very least, looking just a little more plausible.”