Ozzy Osbourne Says He Bit Head Off Bat By Mistake

Since rock and roll music first conquered the world, there has been no shortage of scandalous tales of musicians behaving badly. And amongst the rock superstars to have attained infamy from such misdeeds, Ozzy Osbourne owns a special status.

Known as the Prince of Darkness, the heavy metal pioneer has sunk to greater depths of depravity than most of his peers – and one such shocking incident in January 1982 earned a spot among the most notorious episodes in rock ‘n’ roll history.

It almost sounds too repulsive to be true, but it happened: on January 20, 1982, Ozzy Osbourne really did bite the head off a bat, live on stage at the Veterans Memorial Auditorium in Des Moines, Iowa. But why the rock singer would be compelled to do so has long been a source of dark fascination among fans and critics. 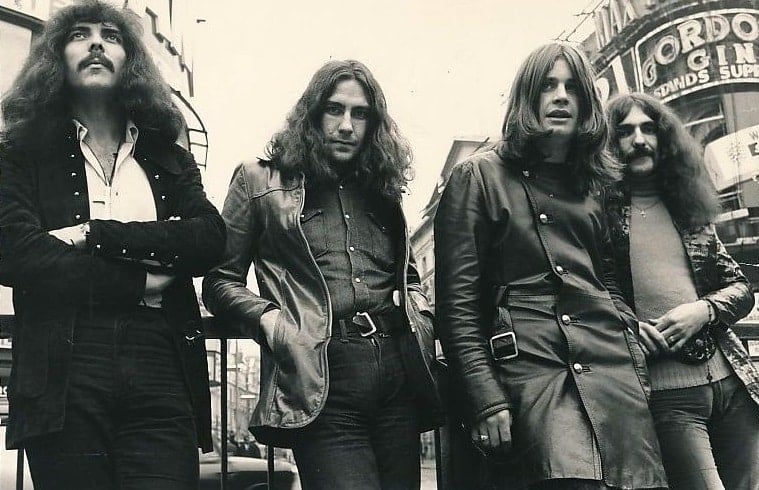 Controversy-courters from the beginning, Black Sabbath’s doomy sound and frequent lyrical references to Satan led many to suspect the heavy metal pioneers of being real-life devil worshippers.

While this wasn’t true, the band and their management knew there was no such thing as bad publicity. It wasn’t long before Black Sabbath were drawing massive crowds in oversized venues all over the world. Hand-in-hand with this came the usual rock ‘n’ roll trappings, including but not limited to excessive drug and alcohol consumption.

As the front man, Osbourne typically bore the brunt of the audience’s attention, and he came to rely heavily on Dutch courage. The more alcohol Osbourne ingested, the wilder his antics were, on stage and off. This took its toll on Osbourne personally; his first marriage, to Thelma Riley, was not a happy one. 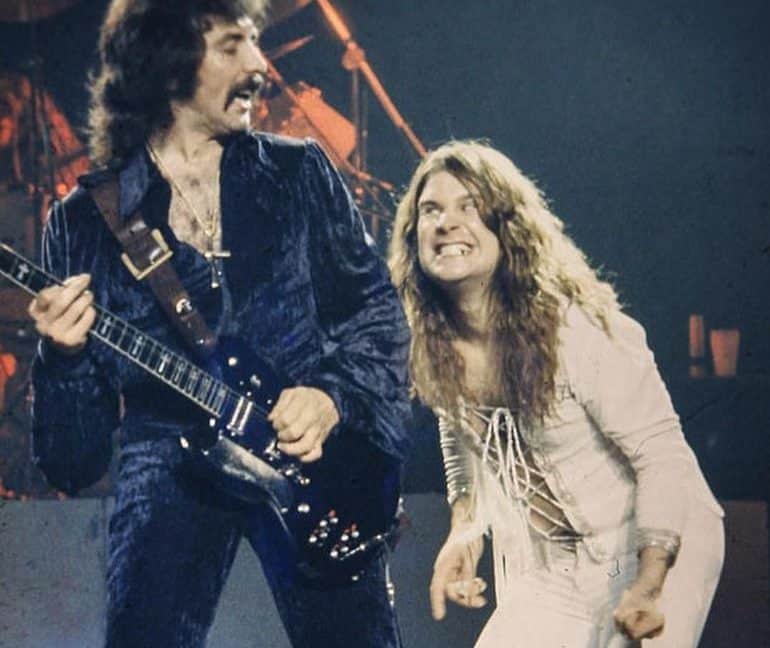 Osbourne’s excessive drinking and drug use also took its toll on his relationship with Black Sabbath. In April 1979, after a shambolic tour in support of the poorly received album Never Say Die, Osbourne’s bandmates Tony Iommi, Geezer Butler and Bill Ward decided they’d had enough and fired Osbourne, later enlisting Ronnie James Dio as his replacement.

While upset by this, Osbourne was soon back on his feet professionally. With the guidance of his manager Sharon Levy (who later became his second wife), Osbourne went solo, hiring a new backing band and recording the 1980 album Blizzard of Ozz and its 1981 follow-up Diary of a Madman.

Osbourne’s solo material proved massively successful, redeeming him in the eyes of his fans and the music business – but this didn’t do much to change the rock star’s hedonistic ways. Still a heavy drinker and drug user, he was inclined to misbehave no matter where he was. 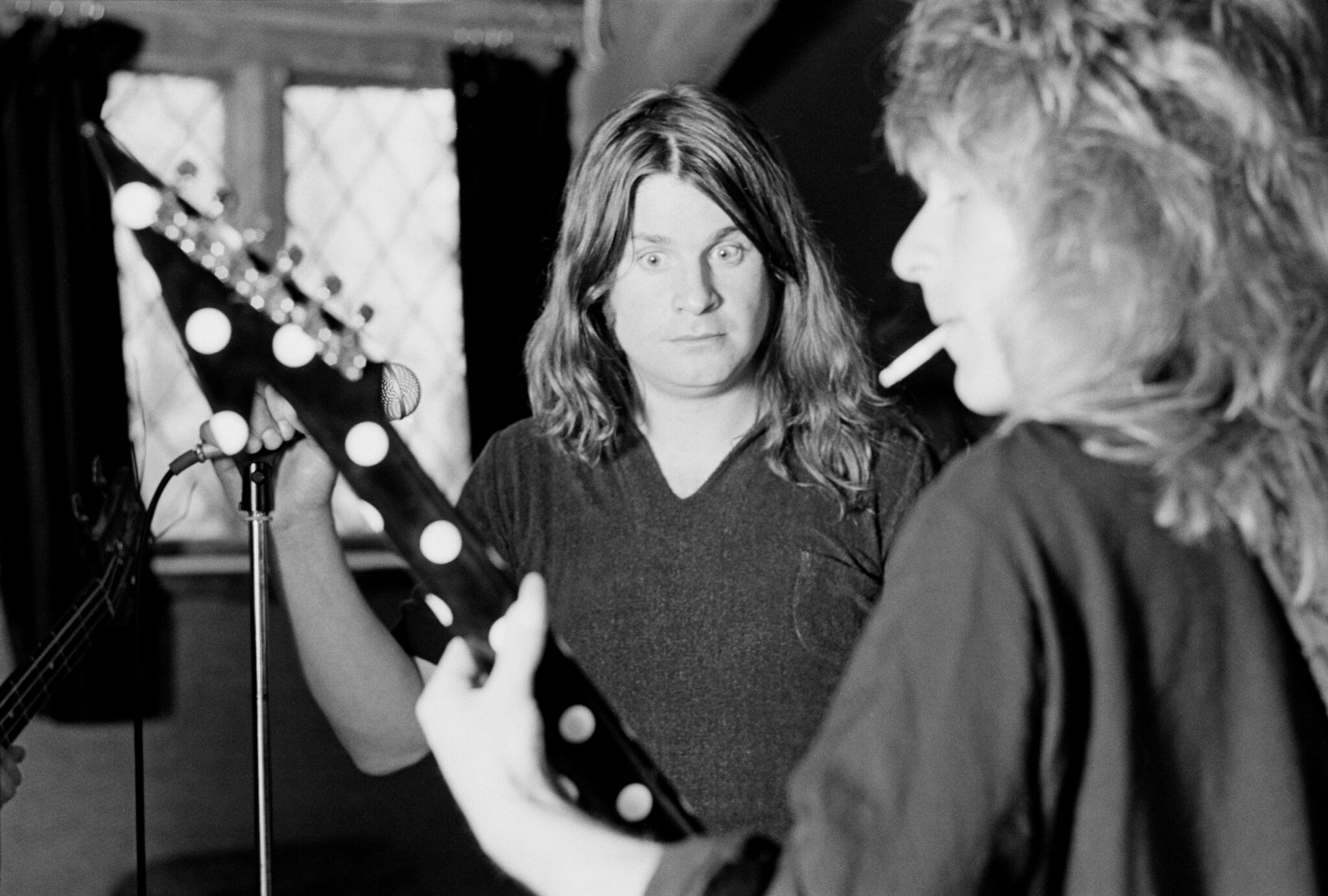 A bat was not Ozzy Osbourne’s only subject of animal decapitation. One incident that proved particularly scandalous occurred not in concert, but in a meeting with record company executives, in which Osbourne got hold of a live dove and bit off its head.

This may have sickened those present, but it also got the gossip columns buzzing about the shock-rocker, and left everyone wondering what outrageous thing he would do next.

Osbourne was following in the footsteps of another shock rock star. At 1969’s Toronto Rock ‘n’ Roll Revival festival, Alice Cooper bit the head off a live chicken and drank its blood onstage, according to the tabloids. However, Cooper has since refuted this tale, claiming instead that the audience tore apart a live chicken and threw the pieces at him. 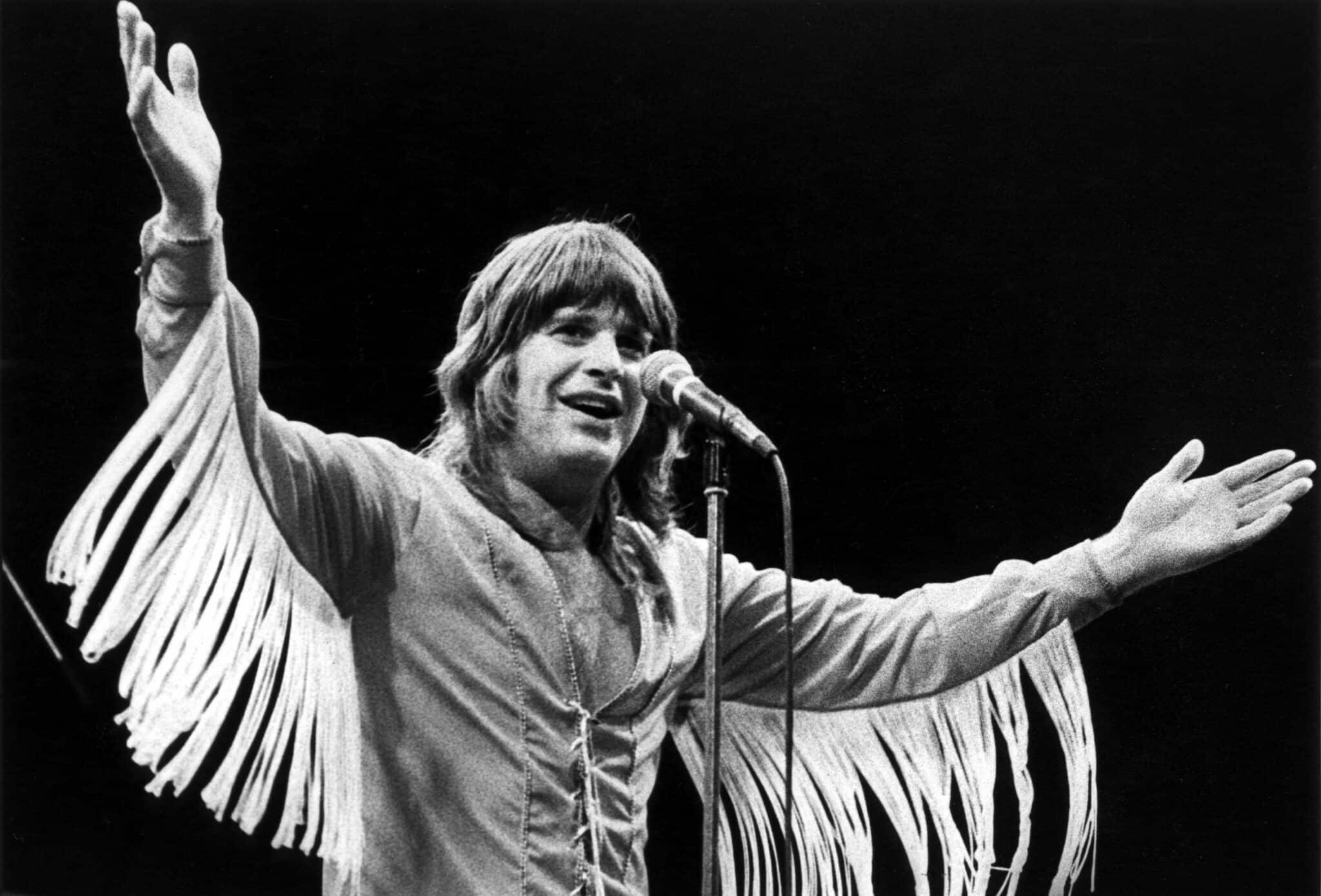 The answer came on January 20, 1982, when Ozzy and his band played the Veterans Memorial Auditorium in Des Moines, Iowa. In attendance was a 17-year-old fan named Mark Neal, who was for some reason in possession of a bat that he and his younger brother had attempted to keep as a pet. (Accounts vary as to the condition of the bat; while many state it was still alive, Neal himself states that it had recently died.)

When it came time for the concert, Neal and his friends decided to bring the bat to the show and throw it at the stage, curious whether Osbourne would live up to his reputation as a wild man. Neal later admitted that what happened next “really freaked me out.”

Osbourne scooped the bat up, stuck its head in his mouth and sank his teeth in. Despite his reputation, Osbourne says he did not do so in the belief that it was an actual bat he had just taken a bite out of, instead assuming it to be a rubber toy replica – but it didn’t take long before the rocker realised his mistake. 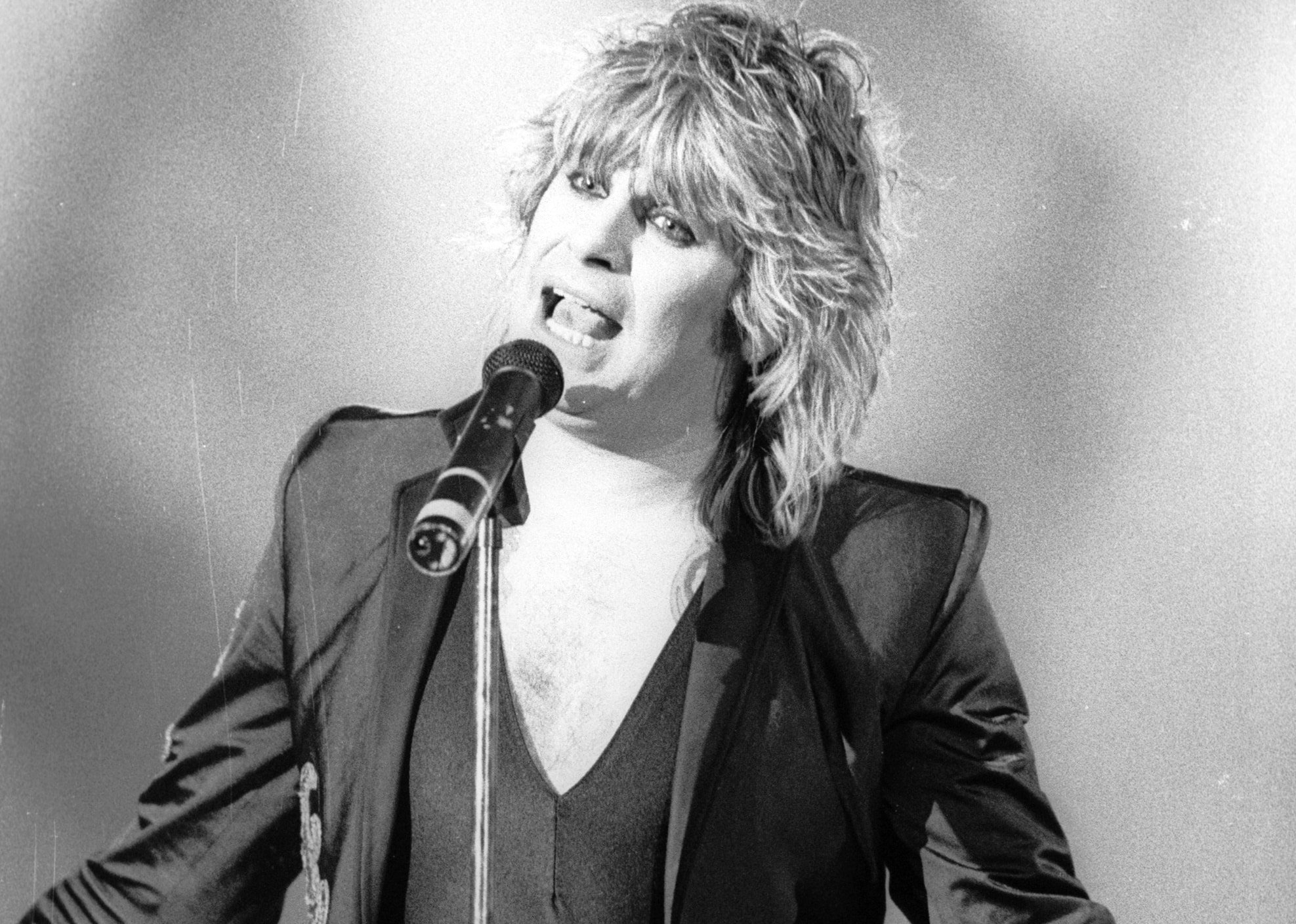 Recounting the incident in his autobiography, Osbourne says that immediately “something felt wrong. Very wrong. For a start, my mouth was instantly full of this warm, gloopy liquid, with the worst aftertaste you could ever imagine. I could feel it staining my teeth and running down my chin. Then the head in my mouth twitched. Oh f*** me, I thought. I didn’t just go and eat a f***ing bat, did I?”

As soon as the show ended, Osbourne was rushed to hospital to undergo a series of rabies shots, which the singer likened to “somebody shoving a golf ball” into an intimate region. Fortunately this quick action spared him from this particularly unpleasant disease.

While the singer insists he’s well aware of how foolhardy his actions were, he was quick to make light of the incident, once famously quipping of his rabies shots, “It’s OK – the bat had to have Ozzy shots.” 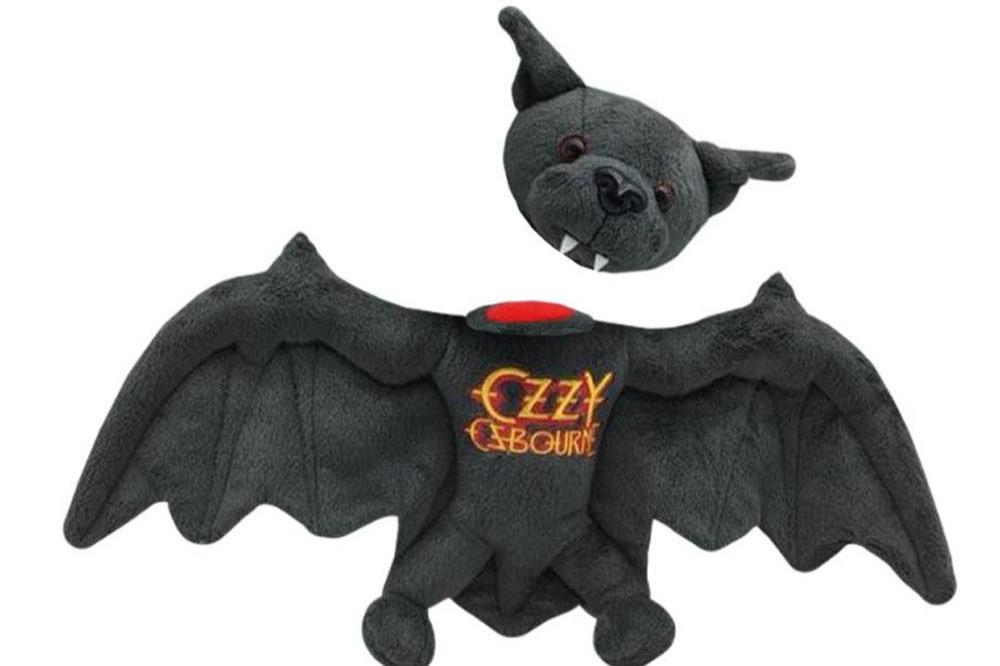 Ozzy Osbourne has been through his share of highs and lows since, but the legend of the bat has never left him. The singer laments it still comes up in every interview, joking that once he passes away, “they’ll dig me up and ask me again!”

In January 2019, the 37th anniversary of the infamous incident was marked with the release of an official Ozzy Osbourne bat plushie, complete with detachable head. Unsurprisingly, this collector’s item sold out in no time.

Over the decades, other tales of Osbourne’s violent encounters with animals have hit the headlines. Tabloids have reported that Osbourne once inhaled a line of ants, while the star himself has admitted to shooting birds and cats in his Los Angeles garden during lockdown, provoking horrified reactions from fans. 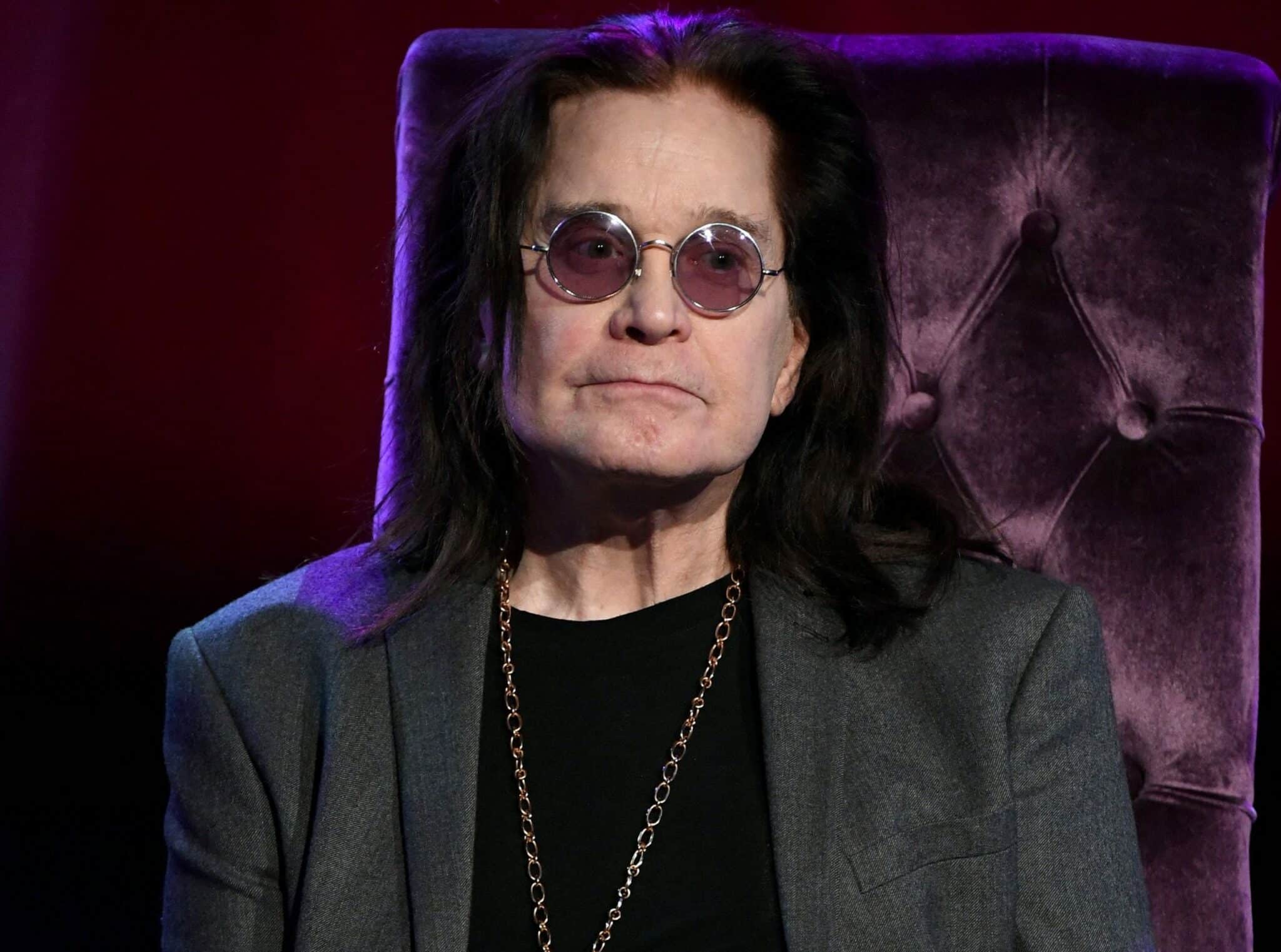 But Osbourne has addressed these events and their reporting with light humour. Straight after the infamous bat incident, he told the press: “People elaborate and Ozzy Osbourne has been created through them, not through me.

“All I did was get out there and make a mistake of biting the head off a bat,” he added. “And I tell you what guys, it ain’t fun when you get them rabies shots!”