10 Other-Worldly Facts About Close Encounters Of The Third Kind

After director Steven Spielberg enjoyed record-breaking success with his second theatrical film, Jaws, the world was waiting to see what he would do next. Spielberg’s next movie was another monster hit in a very different vein: Close Encounters of the Third Kind, a science fiction drama that sees humanity mark its first contact with intelligent extra-terrestrial life. The success of Close Encounters made it clear that Spielberg was here to stay – but did you know these following facts about the film?

10. Spielberg was inspired by seeing a meteor shower as a child 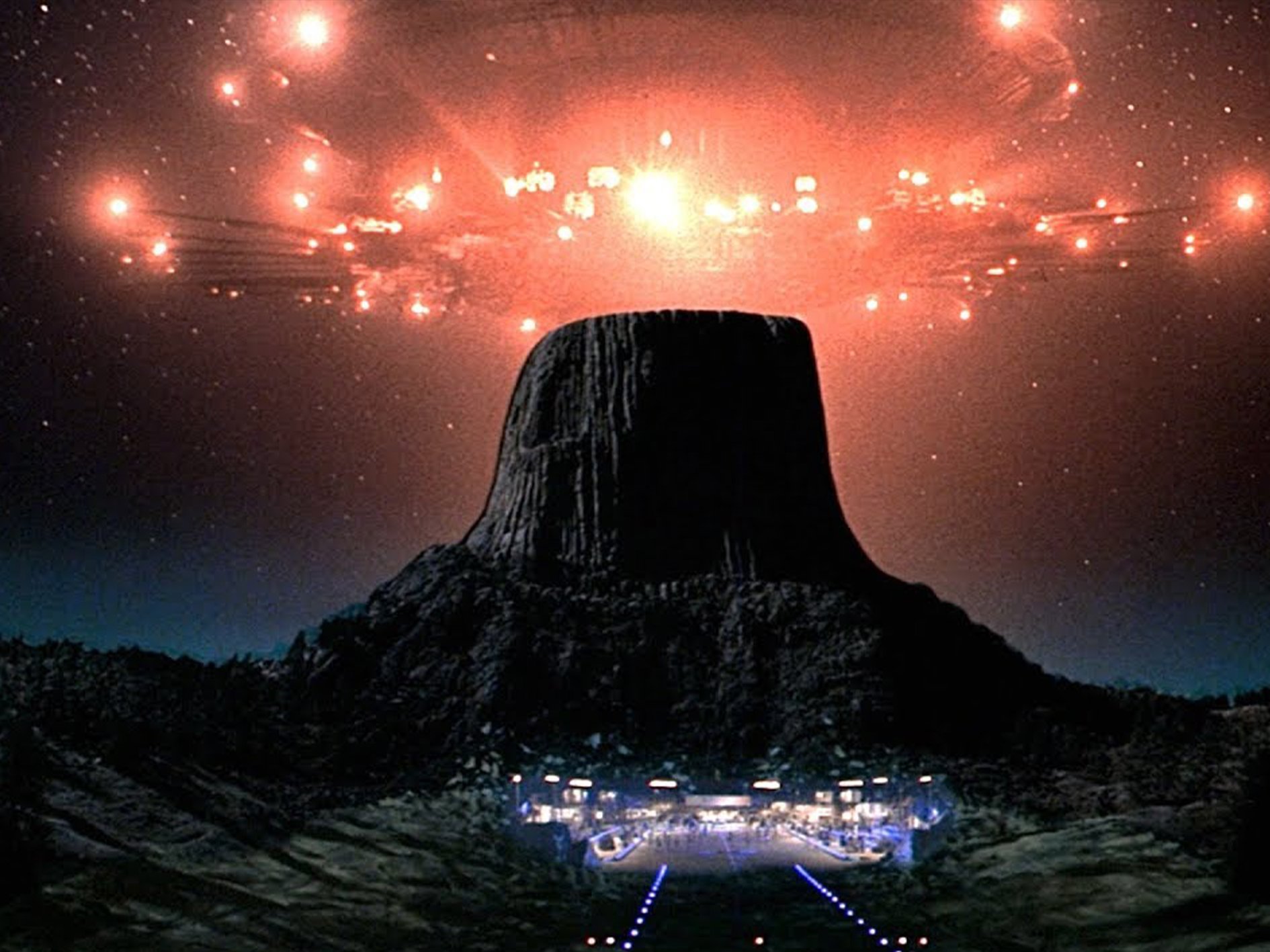 In his youth, future film legend Steven Spielberg had been taken by his father on a spur-of-the-moment trip to watch a meteor shower that was visible over New Jersey. This experience had a profound effect on the youngster, inspiring an interest in space (and the possibility of alien life) that endured into adulthood.

Spielberg originally set up a deal to direct an original science fiction film at Colombia Pictures after making his first theatrical film, The Sugarland Express. However, the brakes were applied to the project when Universal hired the young director to make Jaws.

9. Although Spielberg is officially the sole screenwriter, many other writers worked on the film without credit 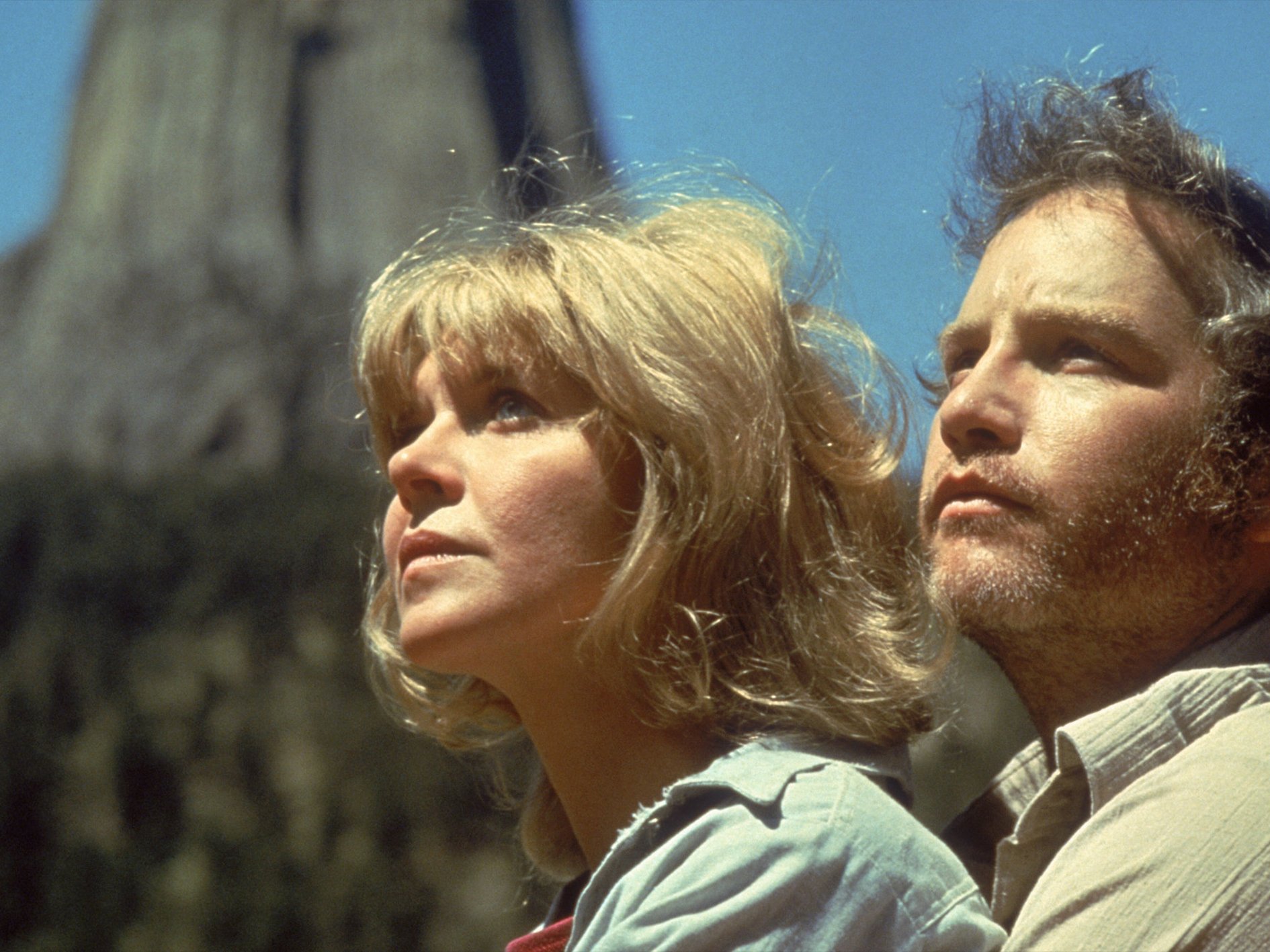 When work began on the film which Spielberg initially entitled Watch the Skies, Paul Schrader (Taxi Driver) was hired to write the script. Spielberg had problems with Schrader’s take, and hired John Hill to do rewrites – but still the director wasn’t satisfied, and decided to start from scratch.

David Giler, David Harwood, Matthew Robbins and Jerry Belson all made contributions, but Spielberg wound up penning the screenplay mostly on his own, and was ultimately credited as the sole screenwriter.

8. The title comes from the writings of a prominent Ufologist 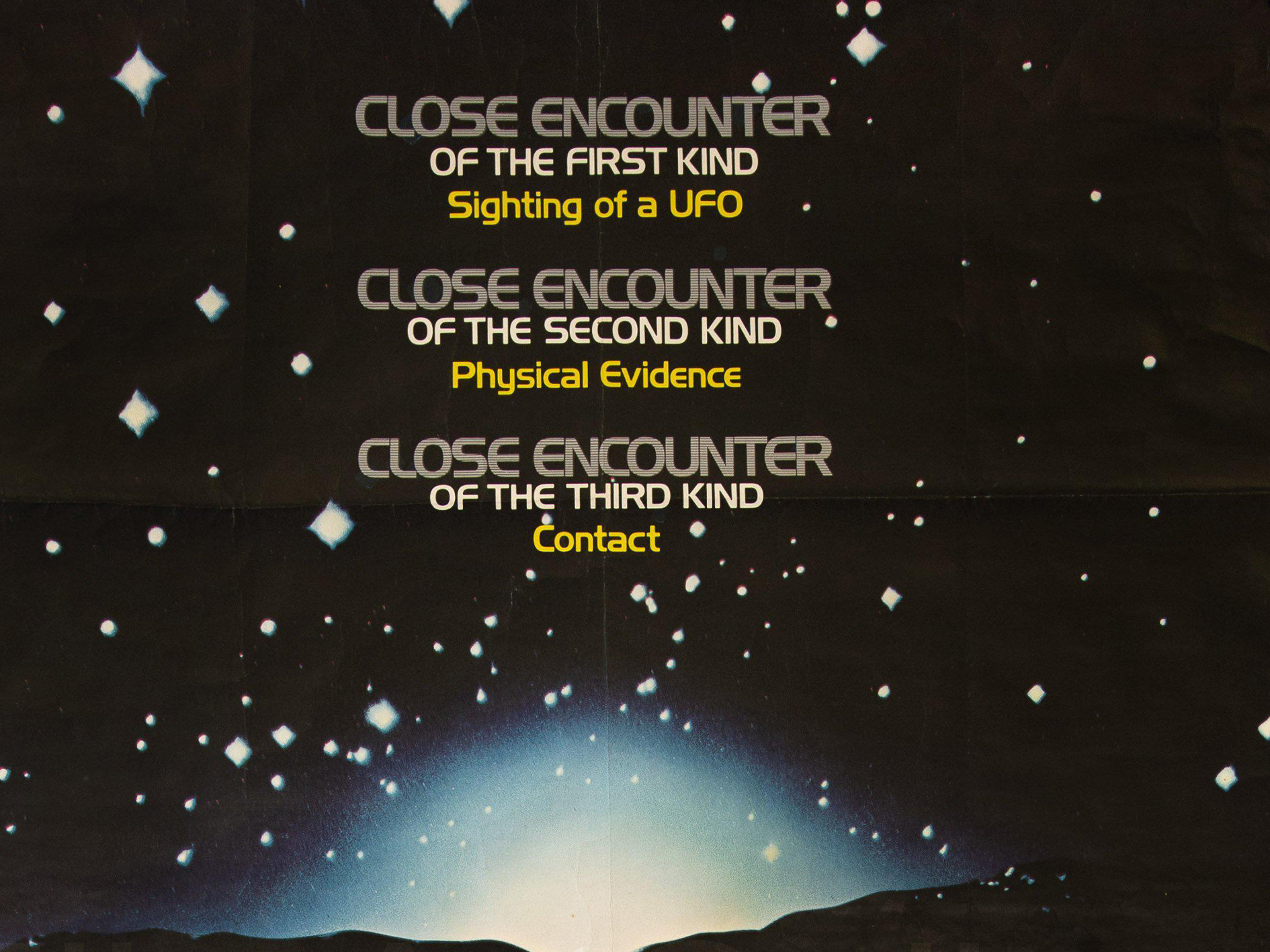 Eventually, Spielberg and company settled on the title Close Encounters of the Third Kind, which came from J. Allen Hynek, a prominent writer in the field of ‘Ufology.’ Hynek, who also worked on the film as a scientific consultant, had identified the key stages in recorded encounters that human beings had reportedly experienced with alien beings.

As the film’s poster explained, the first kind of encounter is sighting of a UFO, the second kind is physical evidence, and the third kind is direct contact. 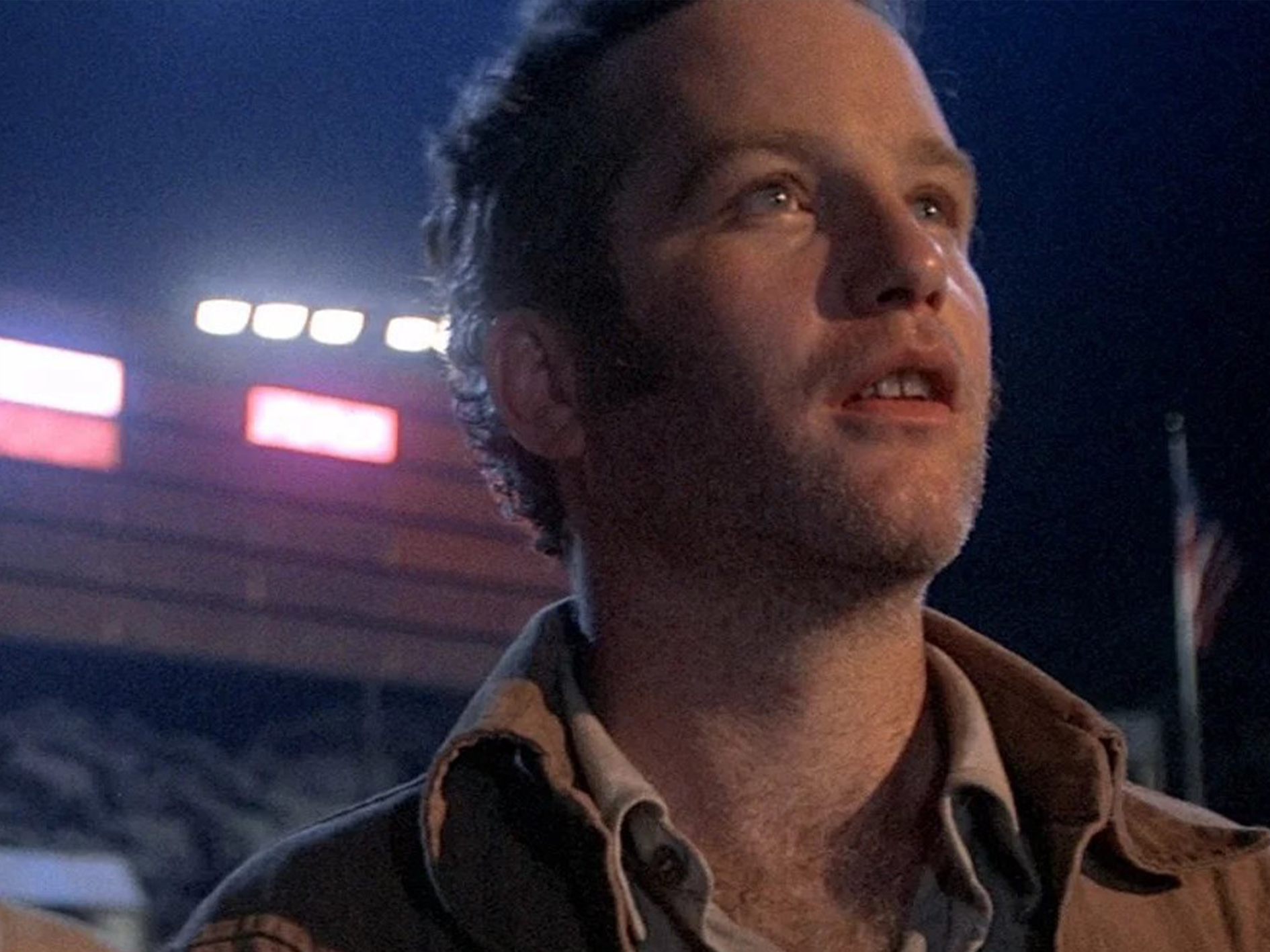 Even though Richard Dreyfuss had previously taken a key role in Jaws, he wasn’t at the top of the list of contenders to play Close Encounters’ lead protagonist Roy Neary. Spielberg’s first choice was Steve McQueen, who declined, feeling he wasn’t right for the part. Al Pacino, James Caan, Dustin Hoffman and Gene Hackman also passed; Jack Nicholson was interested, but had to say no due to a schedule clash.

Dreyfuss had been eager to play Neary since Spielberg told him about the film whilst working on Jaws, and he kept badgering Spielberg to let him take the part. Initially the director was worried that Dreyfuss was too young, but eventually he relented. It would be the second of three films Spielberg and Dreyfuss made together, the last being 1989’s Always.

6. It was the only time François Truffaut acted in a film he didn’t also direct 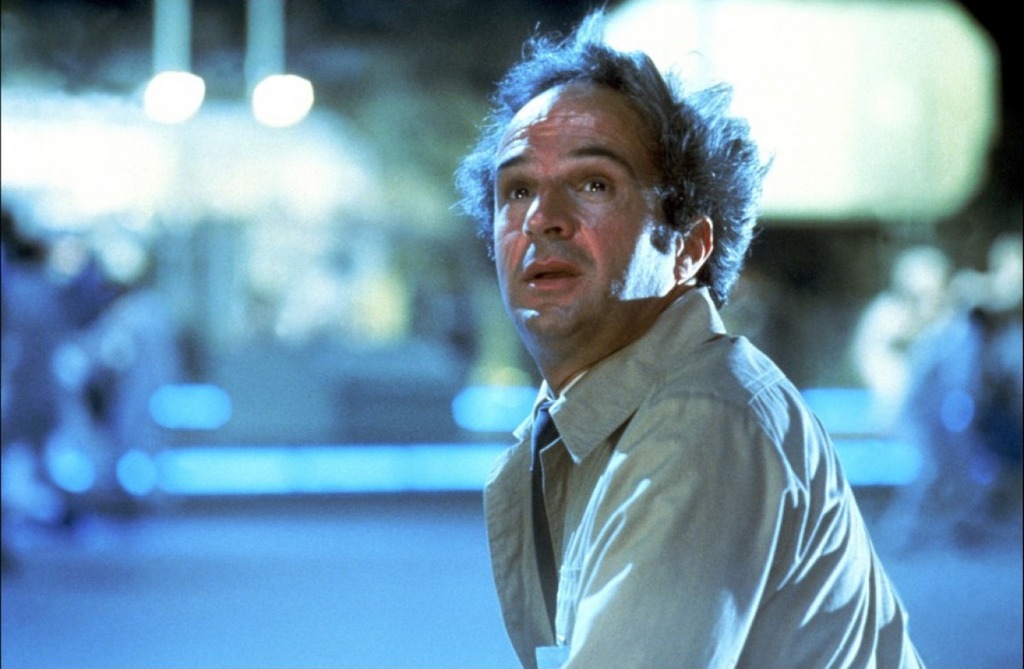 For the part of French government scientist Claude Lacombe, Spielberg went for broke and offered the role to François Truffaut, the hugely influential filmmaker largely considered responsible for launching the French New Wave cinematic movement of the 1950s. Spielberg was stunned, and somewhat intimidated, when his hero agreed to take the role.

Not only was this the first time Truffaut had appeared in an American movie, it was also the first time he’d acted in a film he didn’t direct himself – and he would never do so again. The groundbreaking French filmmaker passed away in 1984 aged 52. 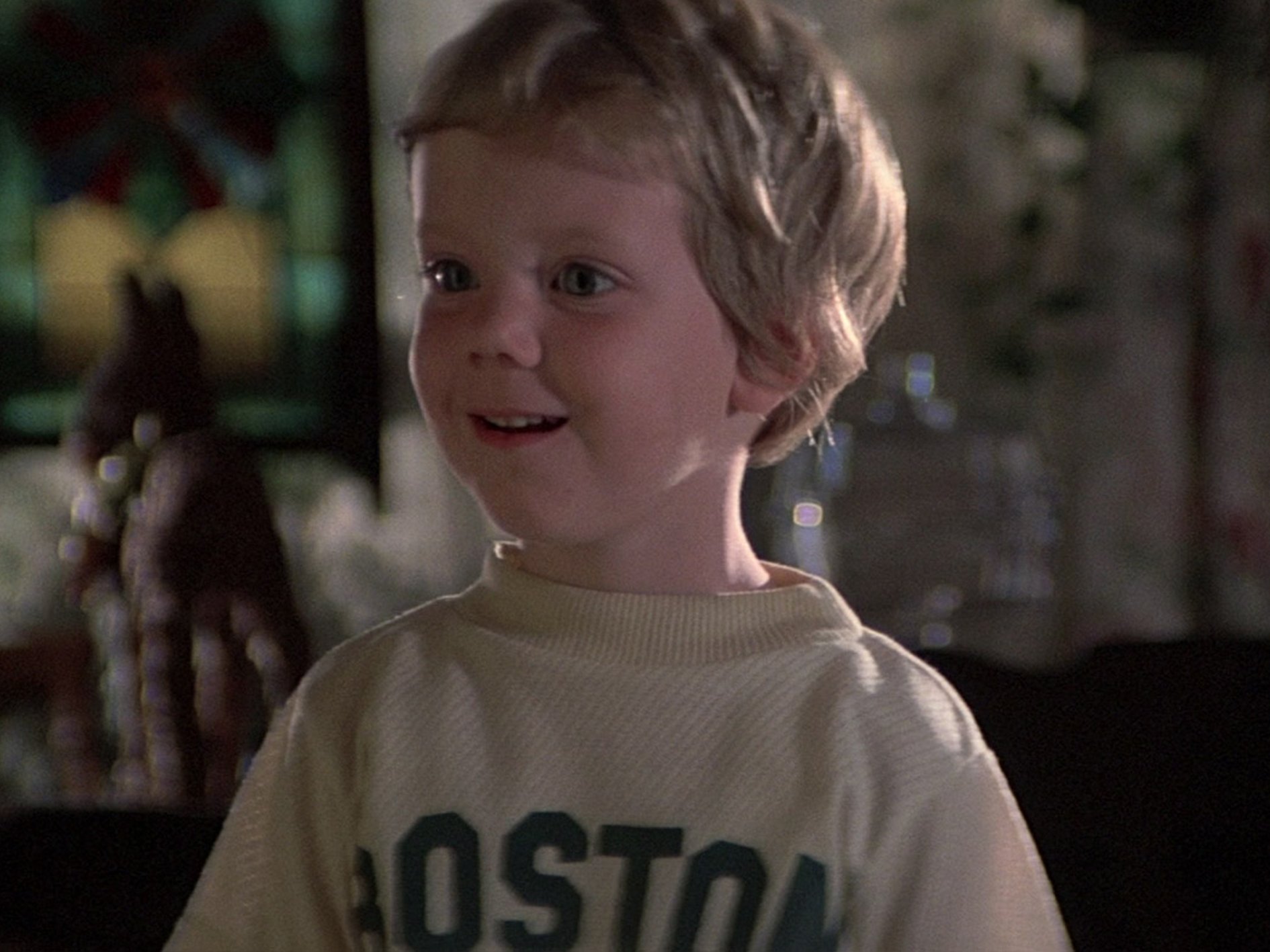 The role of the young Barry Guiler, son of Melinda Dillon’s Jillian Guiler, went to five-year-old newcomer Cary Guffey. The child actor was so natural, he generally nailed his scenes after a single take. Because of this, Spielberg nicknamed him ‘One-Take Cary,’ and even had this printed on a T-shirt for the youngster.

Guffey’s performance impressed Spielberg’s friend and fellow filmmaker Stanley Kubrick, who was keen to hire the young actor to play Danny in The Shining, but Guffey had to pass due to a schedule clash. Guffey took several more roles before quitting acting in 1985, aged 12. 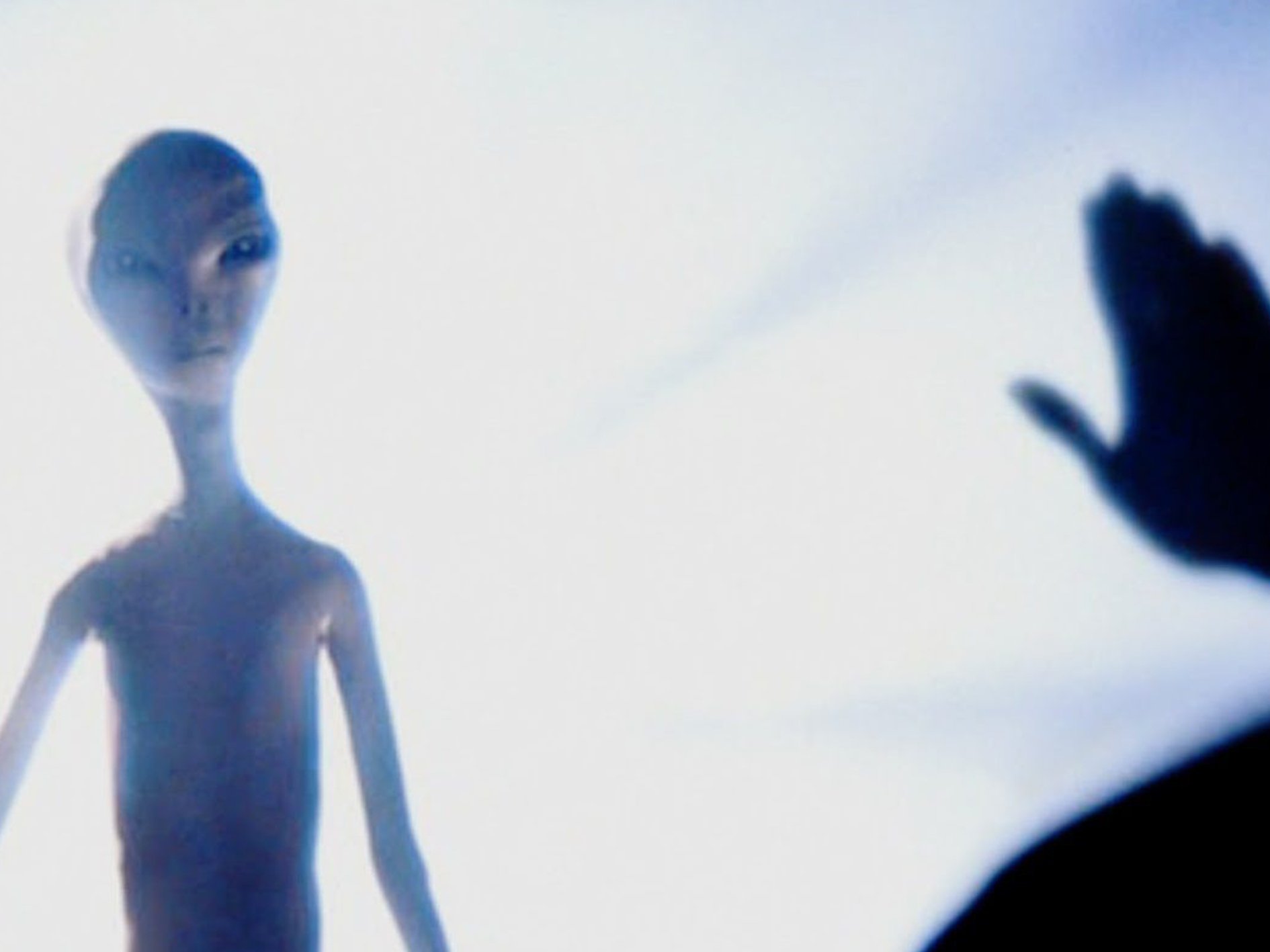 For the bulk of Close Encounters of the Third Kind, the aliens themselves are not clearly seen, but once they finally appear it’s in the form of creations designed by Carlo Rambaldi, an Italian special effects artist who had worked extensively on his home soil.

This would not be the last time Rambaldi worked with Spielberg, as he was later hired to design the title character of the director’s 1982 blockbuster E.T. the Extra-Terrestrial, the second time Spielberg explored the subject of aliens on film. 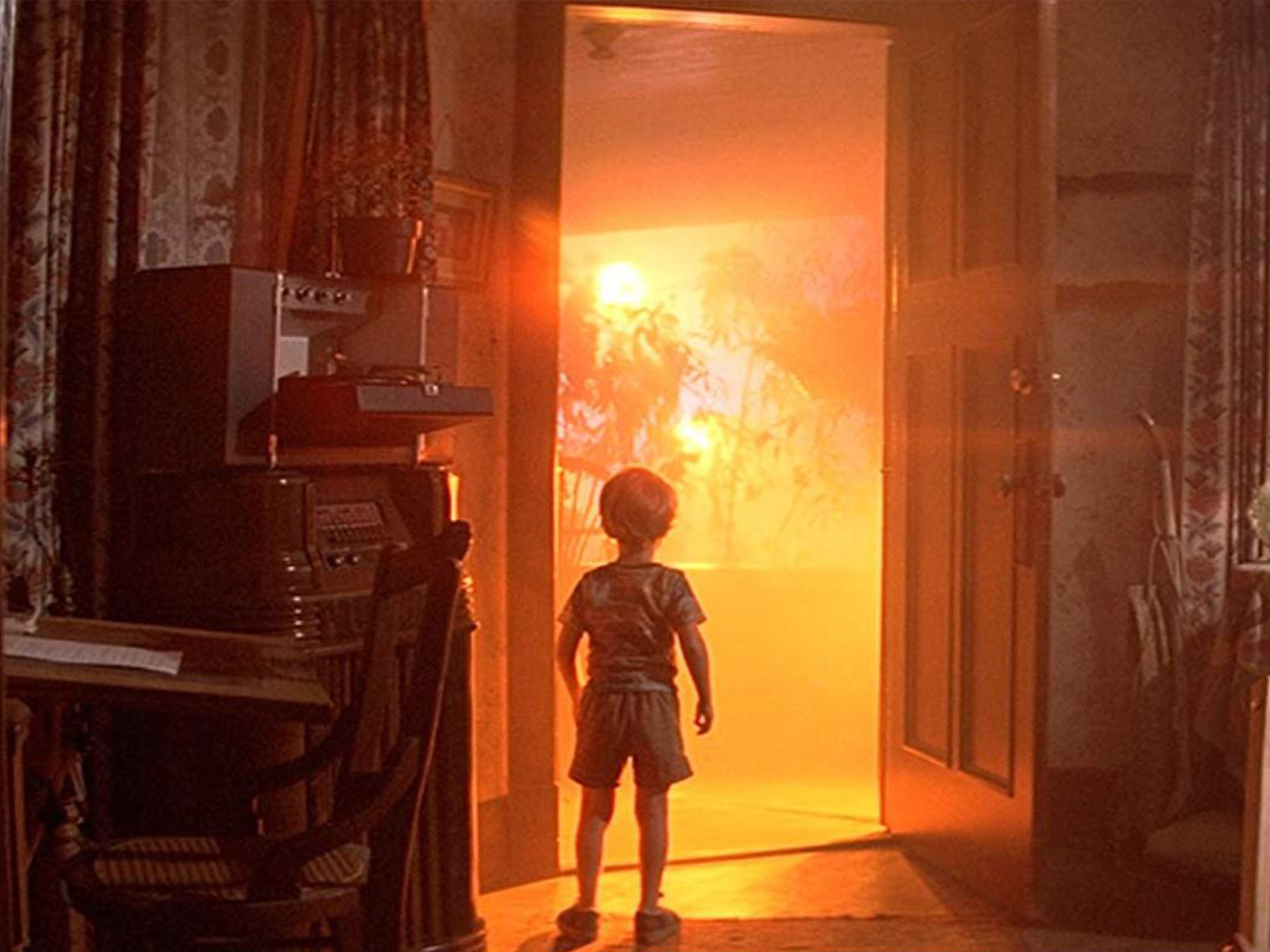 Close Encounters of the Third Kind was a huge hit, earning just over $306 million at the worldwide box office. This would have made it the biggest hit of the year, were it not for a certain other sci-fi film called Star Wars.

George Lucas’ mega-hit grossed $775 million from its initial run, smashing the existing record for biggest box office hit ever (held by Spielberg’s Jaws). This combined with the success of Close Encounters made the sci-fi genre big business at the end of the 70s. 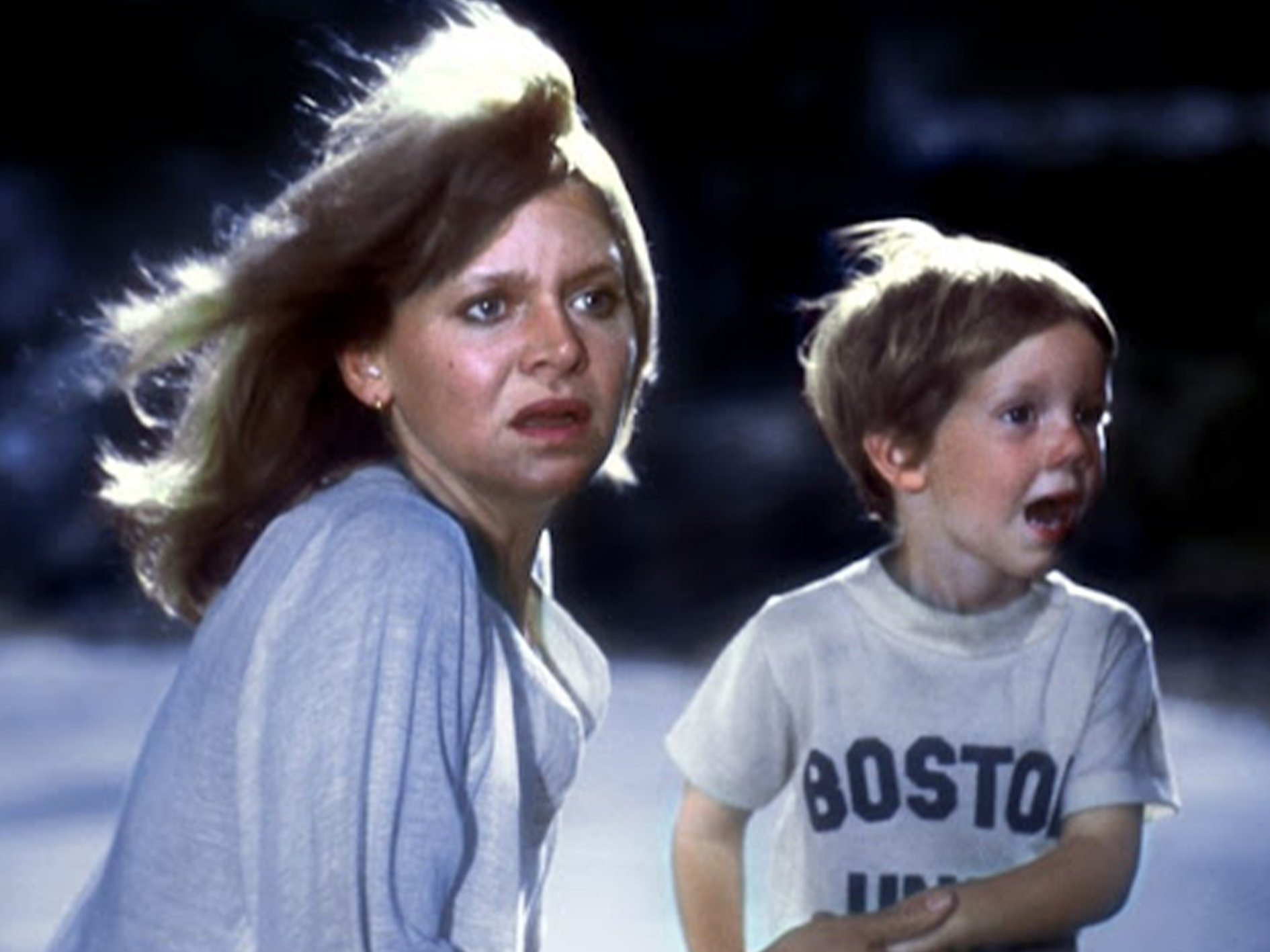 As well as being a massive commercial success, Close Encounters of the Third Kind was also very well-received critically. Hand-in-hand with this, the film also caught the attention of many of the major film awards boards.

1. Two alternate cuts of the film have been released 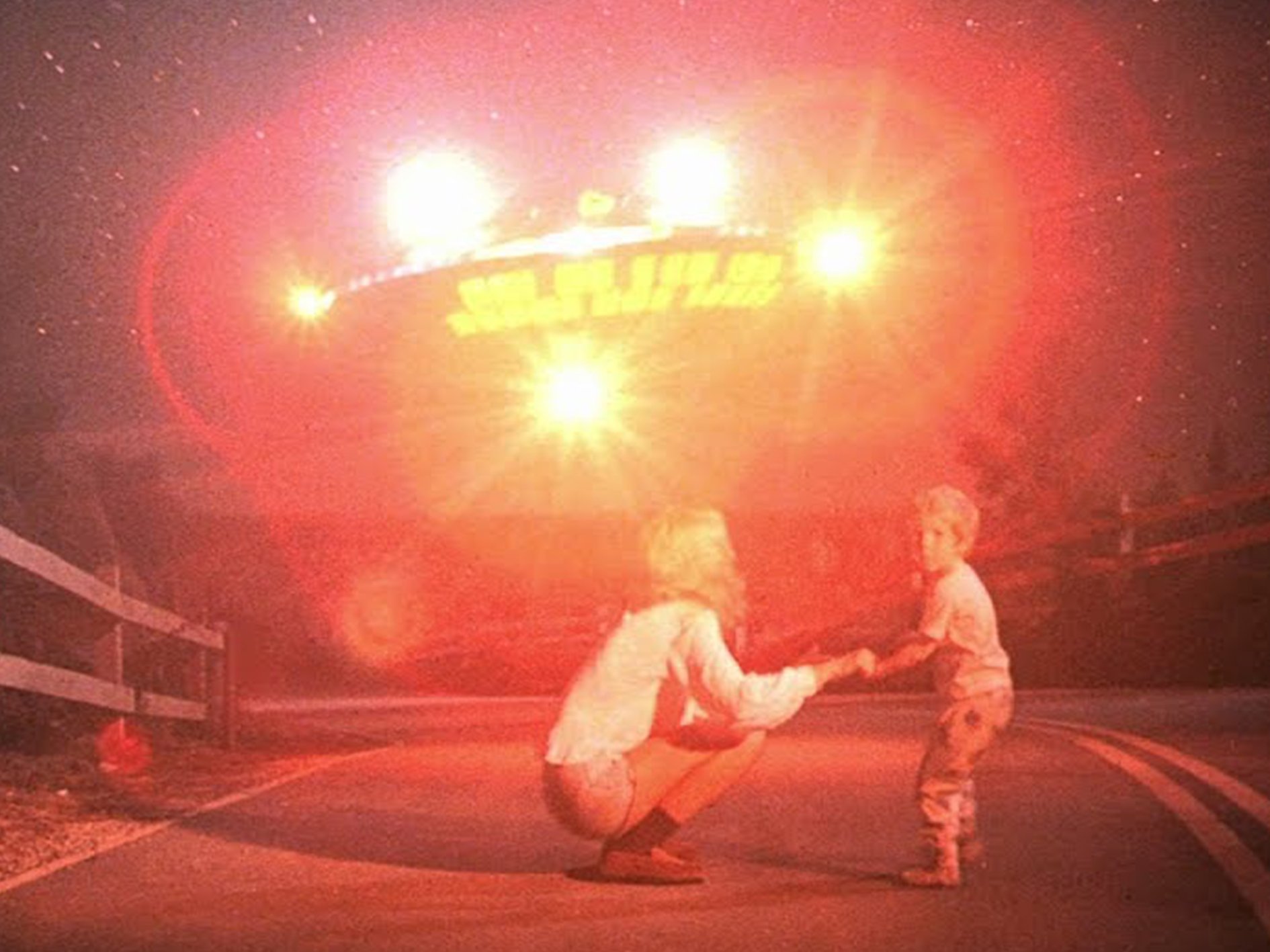 Spielberg has described the editing process on Close Encounters of the Third Kind as one of the most stressful experiences of his career, and despite the film’s success, he was never completely satisfied with the final cut. With this in mind, the director negotiated with studio Colombia Pictures to recut the film and shoot new scenes for a Special Edition, released in 1980.

The seven minutes of additional footage shot for the Special Edition featured scenes inside the alien mothership, which Spielberg later realised was a mistake. For this reason, he recut the film a second time in 1998 as the Director’s Cut, which pared back on the Special Edition’s extra footage but added more previously unseen material. All three cuts are now available on 4K Blu-Ray.