We all loved having a generous selection of soft toys at the end of our childhood bed, and we were spoilt for choice when it came to the wide range of cute creatures that we were able to choose from. Everyone can recall the likes of Rainbow Brite, Care Bears and Teddy Ruxpin, but today we’re going to dismiss the obvious cuddly contenders so we can instead focus on the furry friends you may have forgotten you even owned.

It’s time to snuggle down and get warm and cosy, as we remember the following 10 soft toys that only true 80s kids will remember. 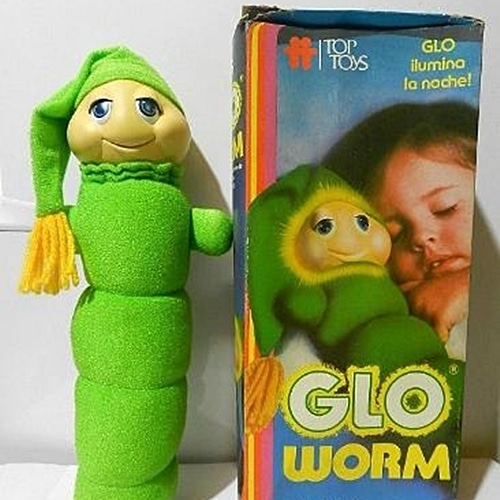 Not only were they lovely little bedtime companions, but Glo Worms also had a head that lit up when squeezed, illuminating our bedroom long after our parents had instructed us to turn out the light.

The success of these insect-themed toys led to Glo Worm story books, night lights and videos, but they later attracted controversy when it was revealed that their light-up head contained a substance that would prove dangerous if it were to be swallowed by children. 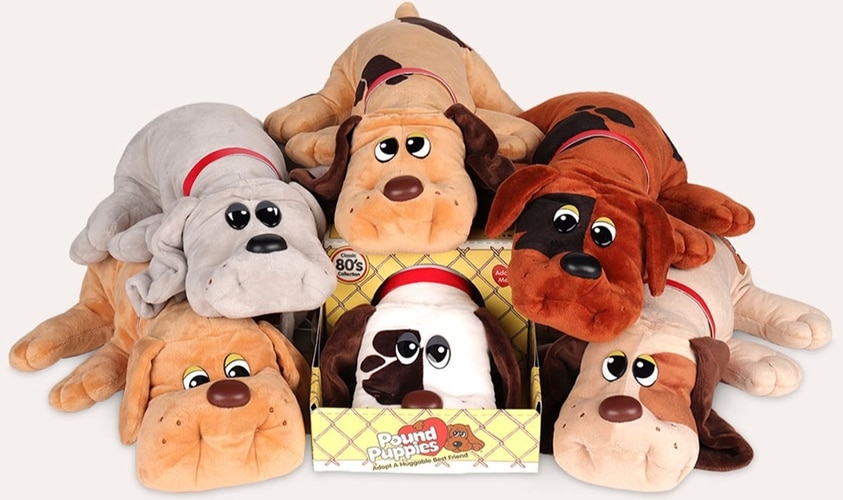 Our parents regularly ignored our pleas for a real-life canine companion, but the doggy-shaped hole in our heart was eventually filled by the Pound Puppy that we were lucky enough to find under our tree one Christmas morning.

Pound Puppies were one of the most sought-after toys of the 1980s, generating sales of more than $300 million in just five years and inspiring an animated TV show and movie. 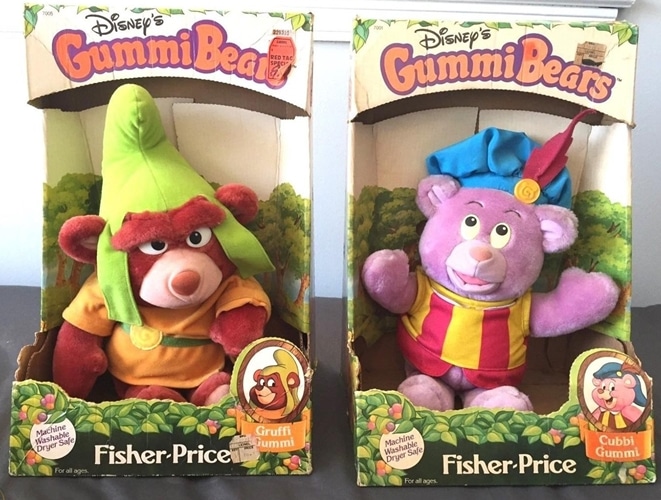 Based on the popular Disney animated TV show, which was itself inspired by the yummy sweets of the same name, Gummi Bears were available as both large soft toys and small plastic figurines.

Whether you were lucky enough to own Zummi Gummi, Gruffi Gummi, Grammi Gummi, Tummi Gummi, Sunni Gummi, or Cubbi Gummi it really didn’t matter, because every single one of these cuddly companions was an absolute delight. 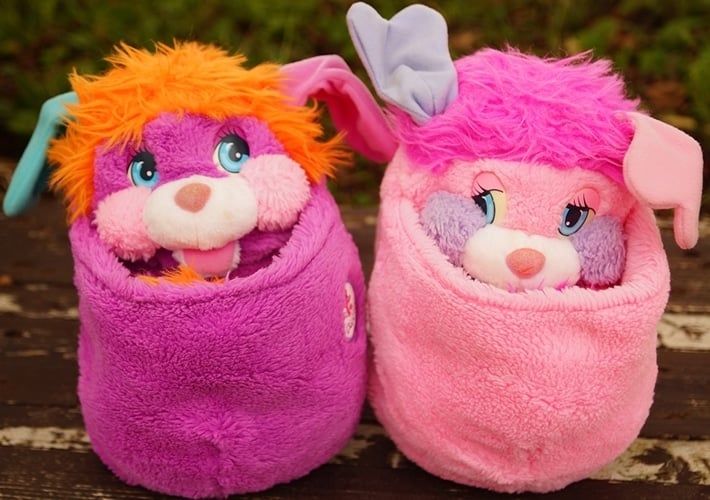 Our next range of bedtime buddies were created by American Greetings employee Susan Trentel, who is also said to have developed prototypes for both Care Bears and Strawberry Shortcake, toys that, like Popples, also started out as characters on greetings cards.

The ability to turn our Popple inside out, which was apparently inspired by pairs of socks, was just one of the things that made these colourful, pom-pom-tailed creatures stand out from the rest of their toy shop contemporaries. 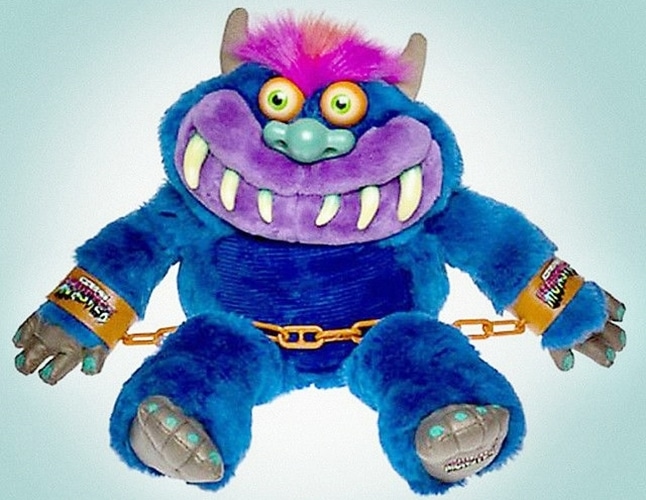 You definitely wouldn’t describe them as cute, but despite their off-putting appearance, My Pet Monsters were as cuddly as the rest of the furry friends living at the end of our 1980s beds.

These monstrous blue creatures had scary horns and fangs, and even came with orange handcuffs that we insisted they wear every single time our bedroom light was turned off for the night. 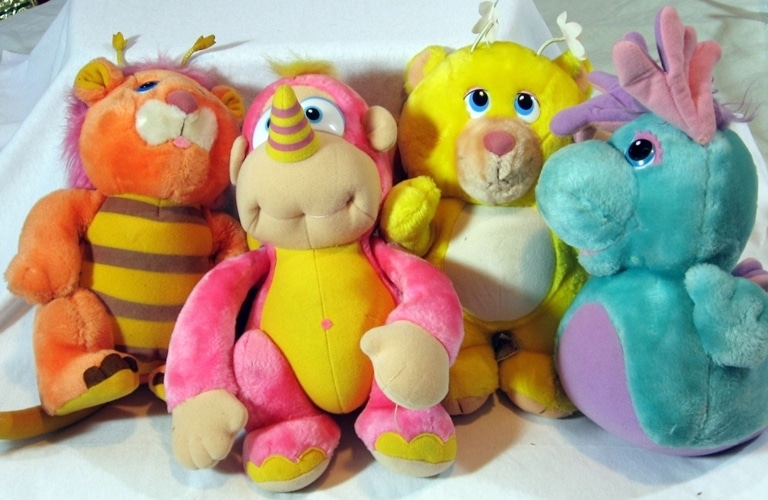 The Wuzzles’ animated TV show may hold the distinction of being Disney’s shortest ever animated series, lasting for just 13 short episodes during the mid-1980s, but the happy memories we have from the programme’s tie-in soft toys are likely to stay with us forever.

Every single Wuzzles character was a combination of two different animals, but instead of scaring us, Bumblelion, Buttermere, Eleroo and their friends actually became some of our very favourite cuddly friends. 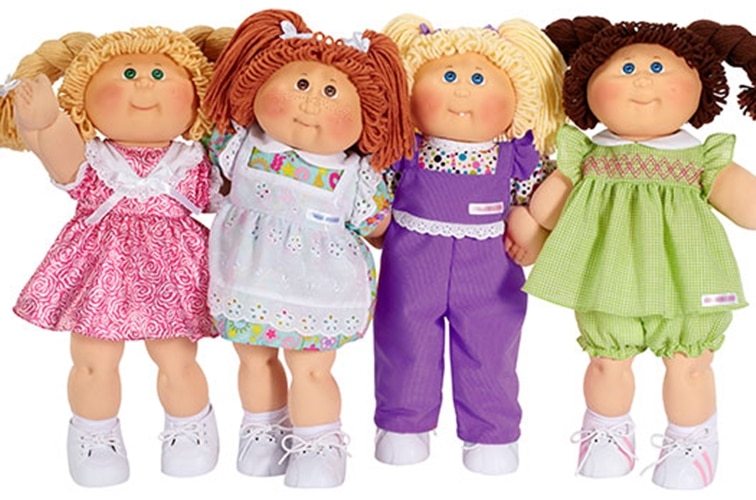 The popularity of Cabbage Patch Kids saw parents queuing round the block, desperate to get their hands on one of the funny-looking toy babies in time for Christmas Day.

The dolls broke sales records for three years running during the 1980s, and they have since become the longest-running doll franchise in the United States. 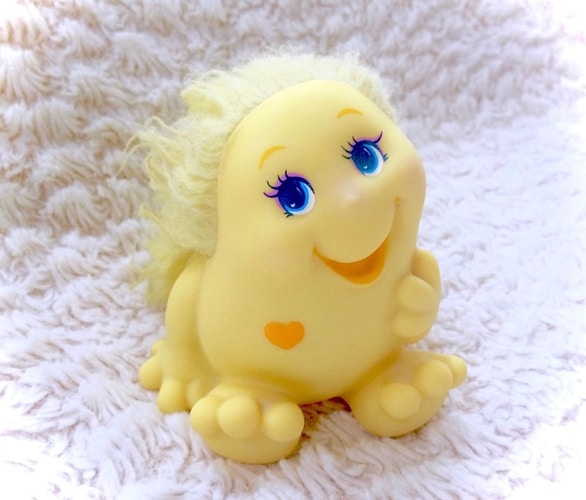 We’re stretching the rules by including toys that were made of plastic, but we believe that the long, fuzzy hair on each and every Snugglebum justifies their inclusion on our list of retro soft toys.

Coming with a wide variety of fun, individual skills, including the ability to giggle or glow in the dark, Snugglebums is one of our very favourite 80s toy brands. 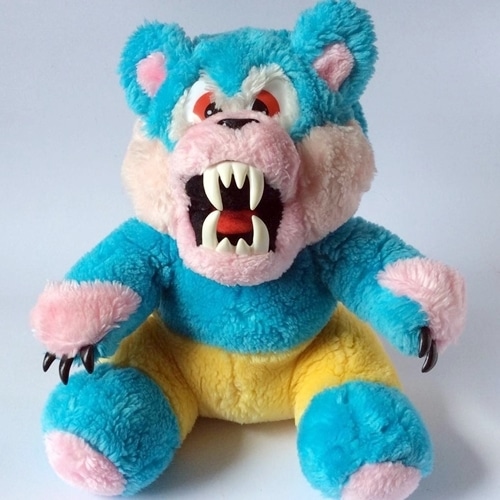 WereBears were designed to be bears that boys could own without being bullied, and they were an 80s toy that we were absolutely desperate to get our teeth into.

A WereBear”s normal face acted as a hood, which once turned inside out revealed a scary, fanged alter ego. 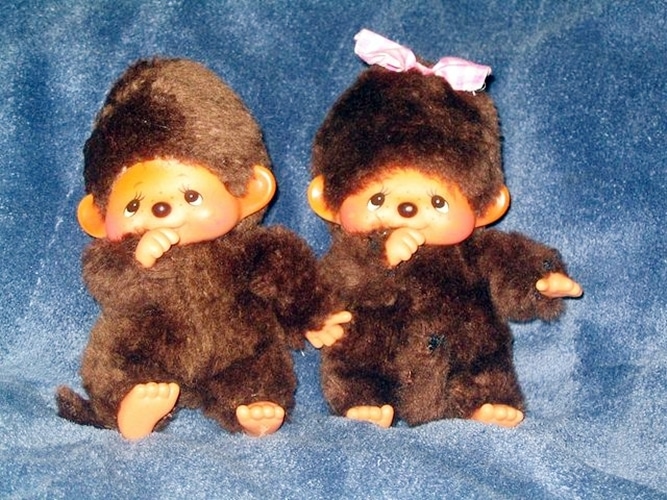 Branded as ‘Chic A Boo’ for much of our 1980s childhood, the delightful Monchhichi monkeys were originally manufactured in Japan during the 1970s.

These popular cuddly toys, which were originally exported to Germany and Austria before finding their way to the rest of Europe, also inspired three different animated TV shows called Monchhichi Twins, Monchhichis and Monchhichi Tribe.