Somebody, somewhere decided that human beings should partake in three meals every day, but we all know that a trio of opportunities to fill your stomach is not nearly enough when you’re in the middle of the transition from childhood to adulthood.

You’ll likely have fond memories of consuming some of the more delicious snacks that our childhood had to offer, and we believe that the tasty treats listed below are ones that all 80s kids simply must have eaten at some point during their young lives. How many of the following 10 delicious snacks do you remember trying? 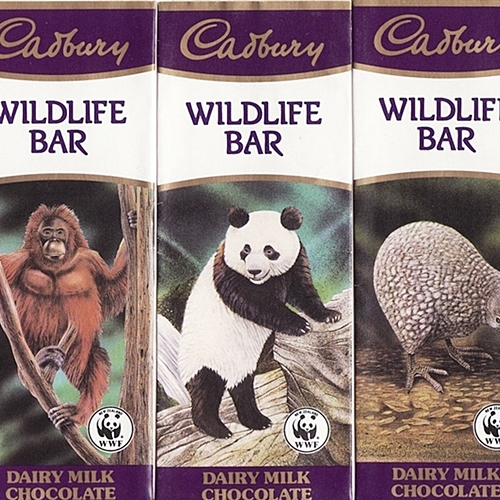 Simply pressing a picture of an animal into a thin piece of their chocolate led to us constantly craving just one more bite of a gorgeous, delicious Cadbury’s Wildlife Bar during our 1980s childhood. 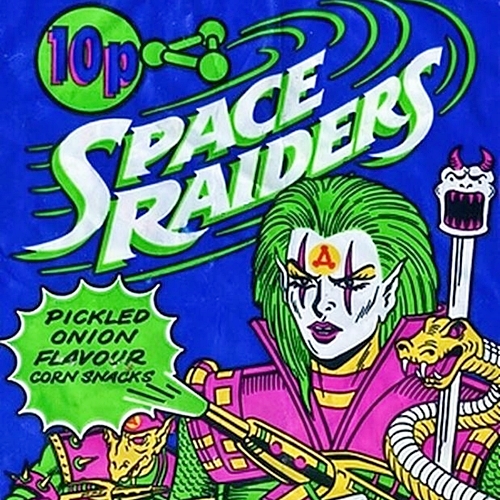 They were created using the basic staples of corn and wheat, but a packet of Space Raiders crisps was somehow able to transport us on an intergalactic space adventure.

These pickled onion-flavoured snacks came in a packet that also updated us on the very latest adventures of Astra and her fellow rebel space pirates. 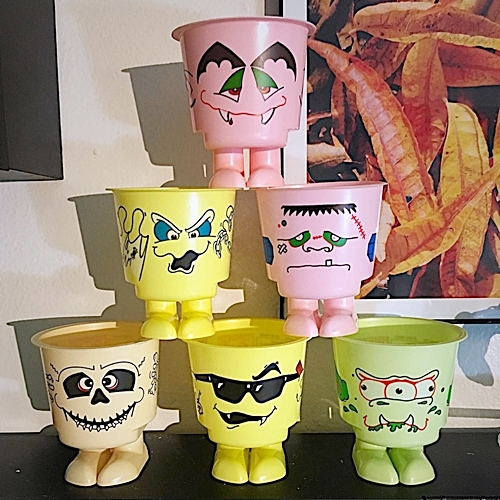 As with so many of the items on our list, it really is all about the presentation, and surely there can be no better example of this than yoghurts transported within the ‘bodies’ of some brilliantly designed monsters.

It didn’t really matter whether you preferred the strawberry, raspberry, banana or chocolate flavour, as long as you were allowed to play with the empty carton once you had finished consuming this delightfully spooky dessert. 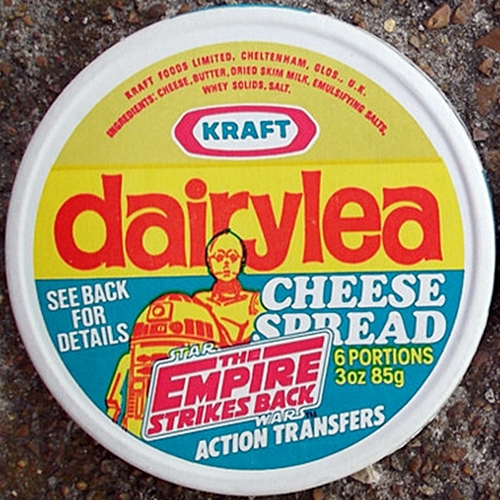 Some of you will remember the popular Lunchables brand that let us put together our own salt-filled lunch time sandwich, but there was only one Dairylea product that really mattered during the 1980s.

The joy of opening a Dairylea triangle, especially once the more finger-friendly red strip packaging was introduced, was almost as pleasurable as eating the soft cheese snack itself. 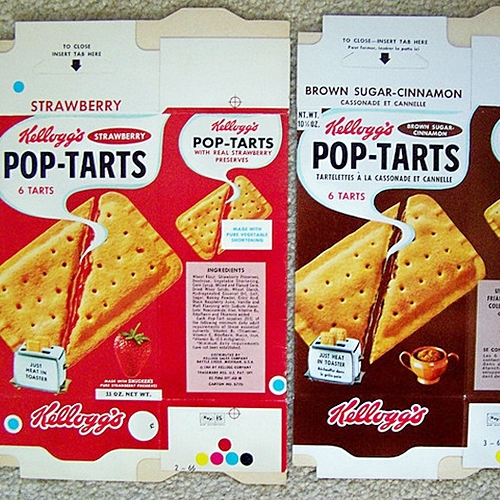 If you’re anything like us then you completely ignored the ‘be careful it’s hot’ text on Pop-Tart packaging, which was added after parents of burnt-mouthed children sued Kellogg’s for failing to provide adequate warning of its lava-like contents.

Pop-Tarts tasted so much better when they were melting the insides of our delicate bodies with chocolate, strawberry and raspberry that came out of the toaster with a temperature akin to the Sun. 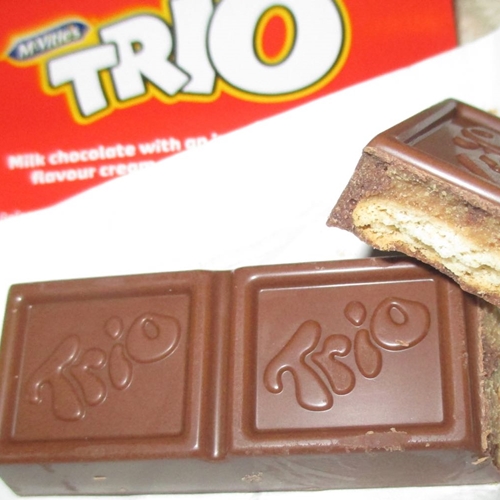 Our 1980s TV screens were full of adverts from chocolate manufacturers vying for our attention in a crowded marketplace, but one particular bar was able to get our attention over all the others.

A “too loud” Trio bar advert, featuring a loud-mouthed character called Susie declaring “I want a Trio and I want one now,” definitely had the desired effect on our hungry young bodies. 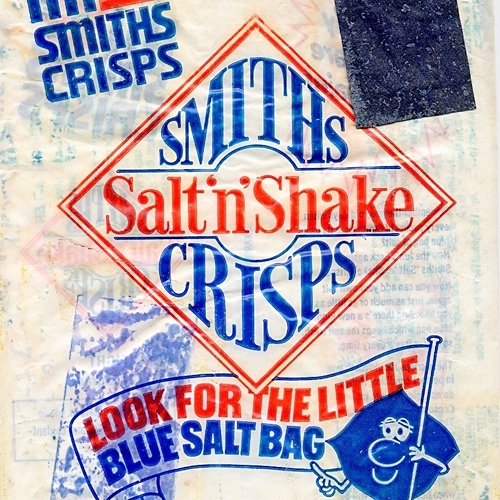 These days we’re health-conscious enough to avoid many products that have added salt, but one particular brand of crisps was surprisingly brazen about its unhealthy ingredients.

Not only did Salt ‘n’ Shake crisps advertise the fact that they contained lots of salt, but they even encouraged us to pour the blood-pressure-raising substance on the tasty potato snacks ourselves. 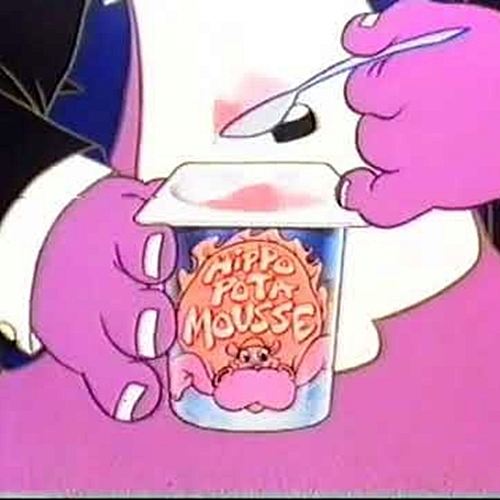 There must have been hundreds of mousse-based desserts on supermarket shelves when we were young, but three decades on there’s only one brand that we still remember.

We hope that whoever came up with the name Hippo Pota Mousse was given a promotion, because it made us enjoy the succulent strawberry snack so much more than we would have otherwise. 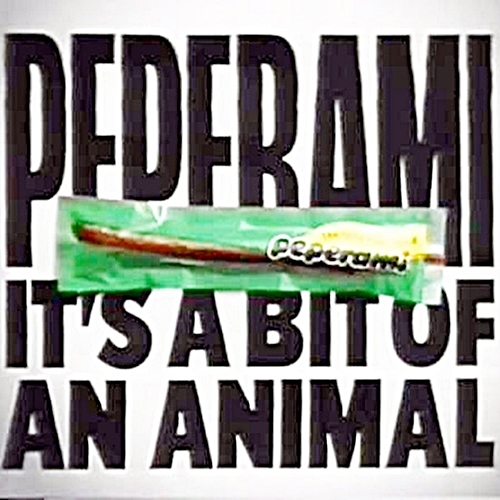 Some of you will despise the taste of a Peperami bar, but for many it was a regular fixture in their 1980s lunch box or post-schooltime snack.

A pork jerky snack that has been advertised by the memorable Peperami Animal since the early 1980s, this delicious snack is now manufactured with its fat and salt contents greatly reduced. 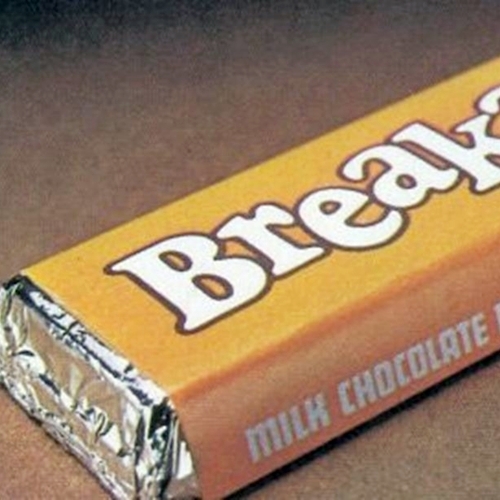 So often songs are the key to appealing to a young person’s stomach, and Breakaway chocolate bars were another popular product to feature a ridiculously catchy tune as part of their advertising campaign.

This “real chocolate round a tasty biscuit” snack stayed in our thoughts with the “don’t take away my breakaway” tune and catchphrase of its famous 1983 promotional TV spot.