With his technicolour lycra and matching bum bags, Mr Motivator was the star of 90s breakfast TV. Now at the age of 66, Derrick Evans says he’s in the best shape of his life, and is determined to help get Britain off its backside and back into exercise.

The health guru explained his frustrations with modern life, saying the internet has made it possible to go a whole day without moving around at all. Thanks to food delivery services we can buy and cook our food without ever stepping foot outside, and more and more people are sending emails from their bed instead of working in an office. 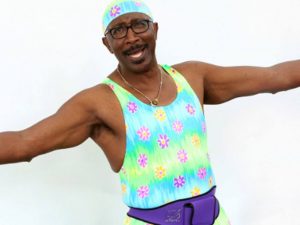 Where is this leading to? Well according to Mr Motivator, it’s leading to a world where we’ve all bought bedpans, so we can even go to the bathroom without moving from under the duvet. It’s a pretty grim thought, but Evans has a solution, in the form of an inspirational instagram to get people back on their feet.

Evans has discussed his own extensive strategies to fitness, which include giving himself a pep-talk naked in the mirror every morning, and making sure to tell his wife he loves her multiple times every day. Both these strategies get him excited to start the day, but they’re also just the beginning. 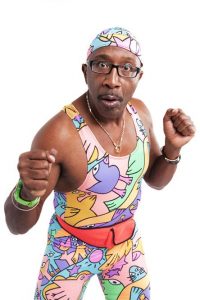 As well as pep talks, he wears a fit bit that encourages him to get up and work out every 40 minutes, which he does not matter what else he’s doing. Even if he’s in the middle of the meeting he will do some quick squats or jumping jacks to keep his blood pumping, and he’s determined to prove to everyone else that it’s just that easy.

As for other helpful tips, he said that working out can be as simple as always walking up an elevator rather than standing, or dancing around to your album as fast you can. He also encouraged fans to try and do one push-up for every year of their life before bed, which he does even at 66! 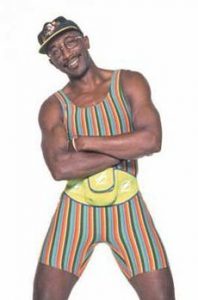 If you want to follow Mr. Motivator on Instagram for more motivational speeches, health tips and colourful fun, head over to @realmrmotivator