There are plenty of horror movies based around the idea of cursed tapes or footage, where just one look is enough to lead you to a grisly death later on. However, it’s very rare that a trip to the movie theatre is enough to end your life forever, unless you’re super unlucky that is.

For some, making the choice to watch one particular movie was enough to ensure it was the last thing they ever watched, whether it was a cult horror film, the next instalment in an eagerly awaited franchise, or just a completely innocuous comedy. In short, we’re counting down the top ten movies that killed people in real life. 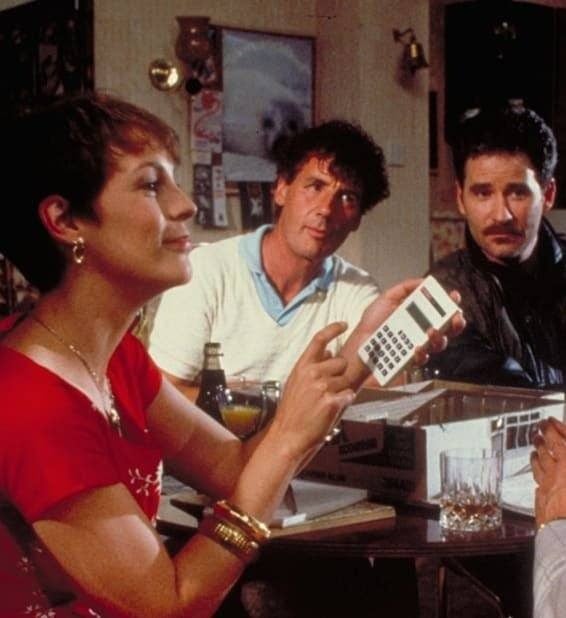 A Fish Called Wanda is a pretty middle of the road comedy starring Jamie Lee Curtis, but by some metrics, it’s actually the funniest movie ever. Not only that, but it’s also way closer to Curtis’ back catalogue of horror movies than most people give it credit for.

How can it possibly be both? Well, a Danish man literally died laughing during a screening of the movie, suffering a fatal heart attack after the scene where characters shove french fries up each other’s noses made him laugh uncontrollably. Ouch. 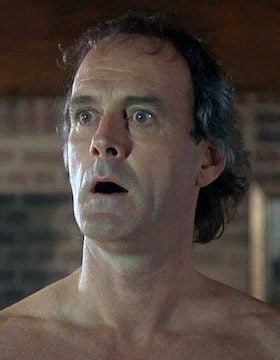 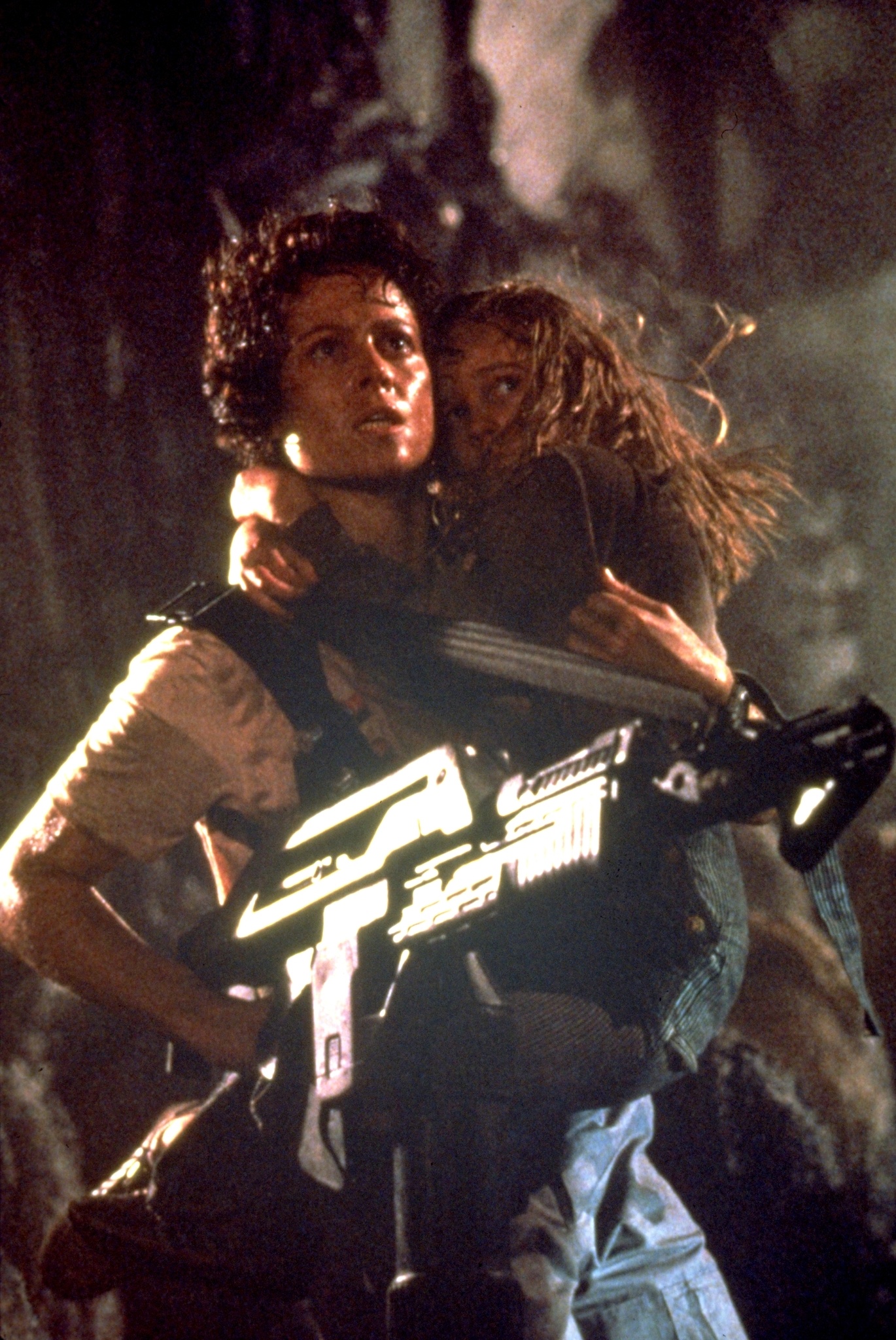 The second Alien movie is really more action and sci-fi than straight up horror, but it’s still got some scares that will haunt you long after you go home from the theatre. Sadly for one filmgoer, going home after just wasn’t an option, as he died screaming and in shock while watching.

It wasn’t entirely down to Aliens, as the man had been at a triple-bill feature full of scary movies, including Blood, Ghost and Atmakatha. Aliens was just the movie that pushed him over the edge, leading him to collapse and die of shock and fear in the bathroom. 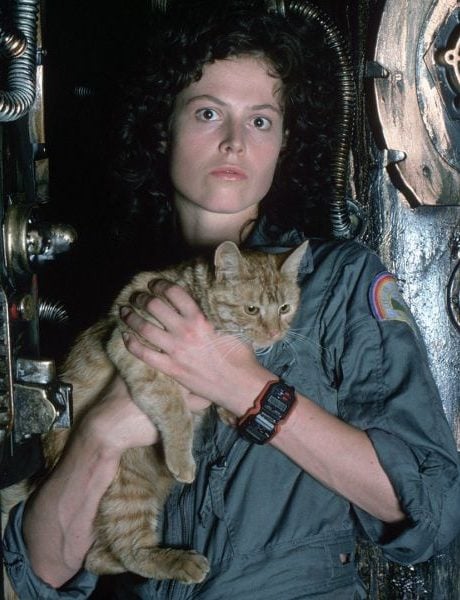 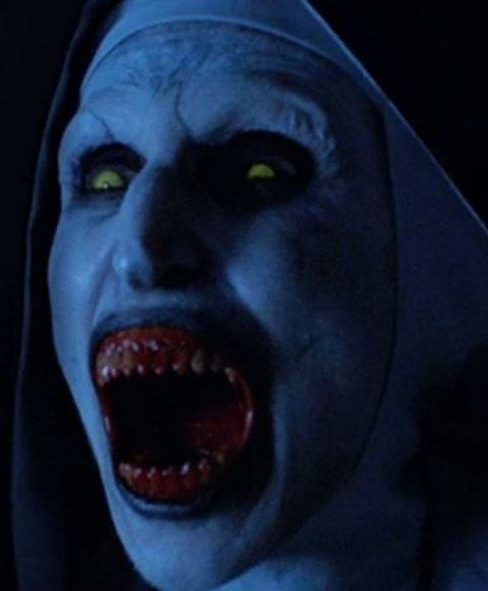 Normally, the only thing to fear about the Conjuring franchise is how tangled and confusing the plot gets, but it turns out there were also some jumpscares extreme enough to leave someone dead in their seat. One 65-year-old man kept complaining of chest pains during the movie, and was taken to hospital as a result.

Unfortunately, he was pronounced dead on arrival of a fatal heart attack, and transferred to another hospital for further examination. Even spookier though, the new hospital never reported receiving the body, and despite investigation, the body was never found. 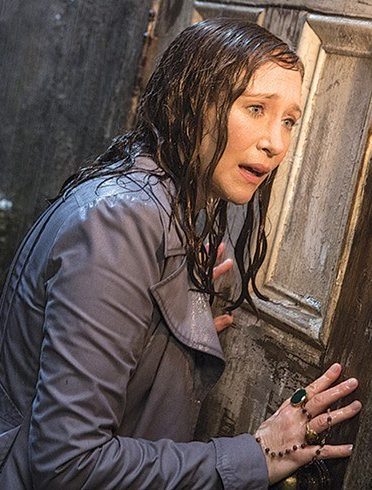 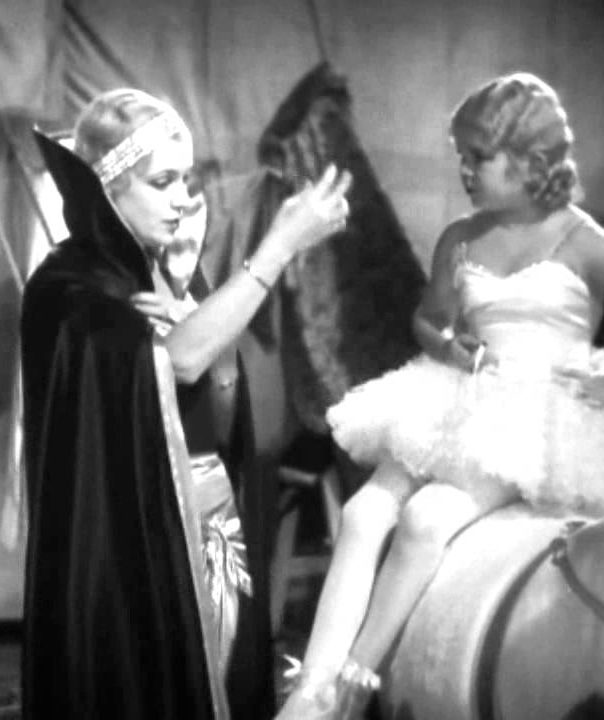 Freaks is a movie from the 1930s that caused huge amounts of controversy when it was released, due to it showing real people with real disabilities and deformities. It’s also a horror movie, which shows the group rise up against their oppressors at the circus, which also caused a stir among viewers.

One important moment in this controversy were allegations that the movie’s extreme content could cause miscarriage, after one woman lost her baby after viewing a test screening of the movie. It was never proven, but the story spread like wildfire throughout the newspapers, heightening the controversy even further. 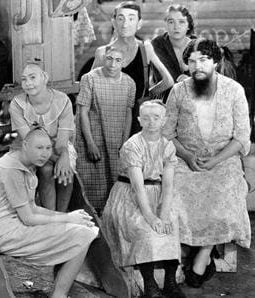 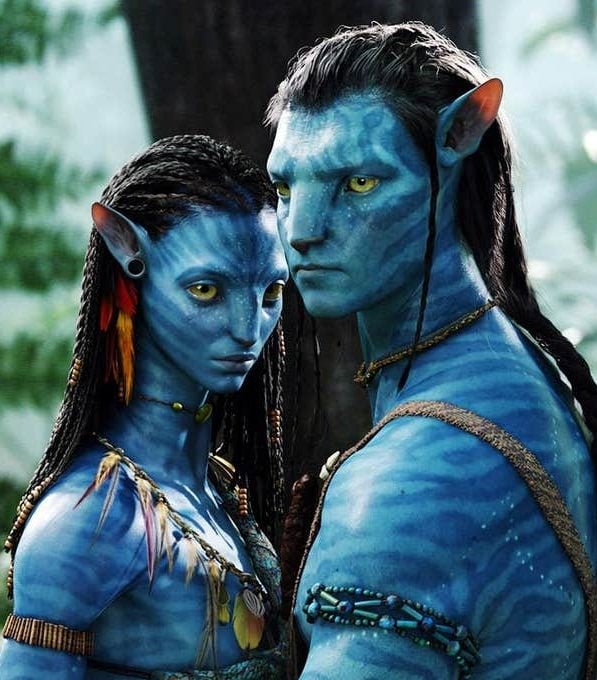 James Cameron’s Avatar has mostly been forgotten since its release, except for an area in Disney World and a handful of hardcore fans. However, at the time the movie was at the cutting edge of technology, leading to huge amounts of hype, and sold out screenings for weeks and miles around.

For one man, this huge amount of anticipation was deadly, as he had to leave a showing of the movie halfway through and be rushed to hospital. They died 11 days later, and the doctor’s ruled that his excitement for the movie had worsened his blood pressure and heart condition, leading to his death. 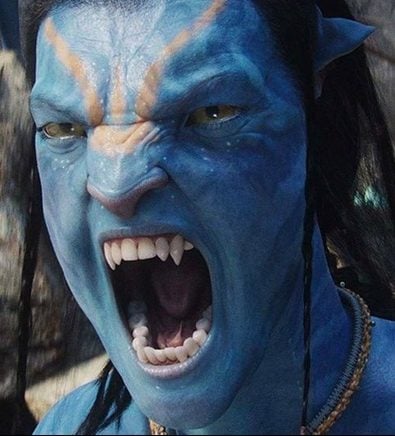 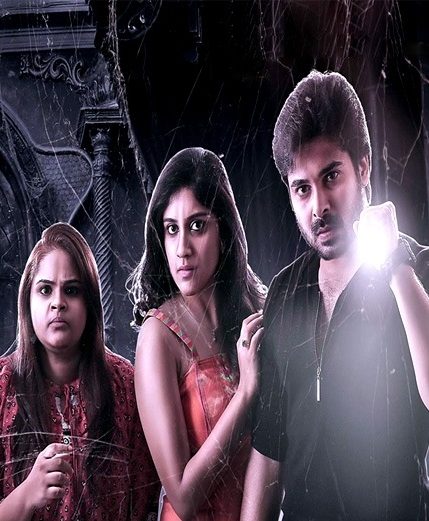 This Indian horror comedy isn’t super widely known, but those who have seen it will attest to how scary it is, even if it’s also pretty hilarious. Unfortunately, there’s nothing to joke about when it comes to what happened to one viewer of the movie, who literally dropped dead in his seat.

Twice the man got up to leave the theatre when it got too intense for him, but both times he decided to turn around and try and get through it. This turned out to be a mistake, as the man was found already dead when the lights at the end of the movie came up. 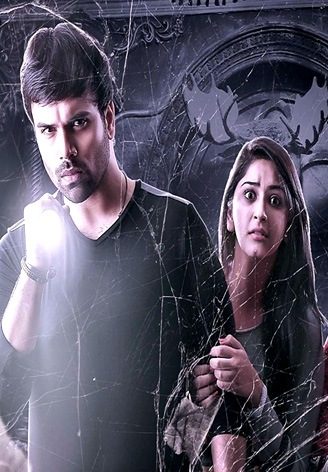 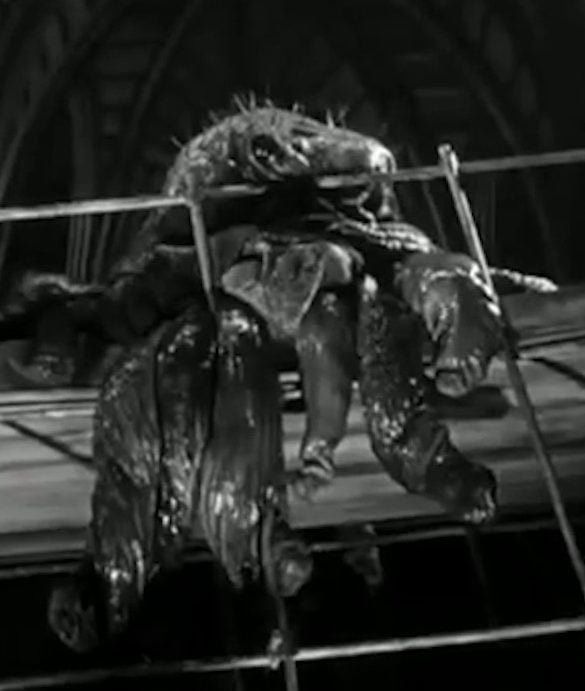 The Creeping Unknown, or The Quatermass Xperiment as it was known in the UK, is another old movie whose boundry-pushing scares had fatal consequences for the audience. The movie told the story of an astronaut who came back to Earth with an alien parasite, one that threatened all life.

The movie is so old that at the time of its release, there were no regulations or age ratings, leading to a nine-year-old boy being part of a test screening. The movie was so frightening that the poor child allegedly died of fright, manifesting as a ruptured artery. 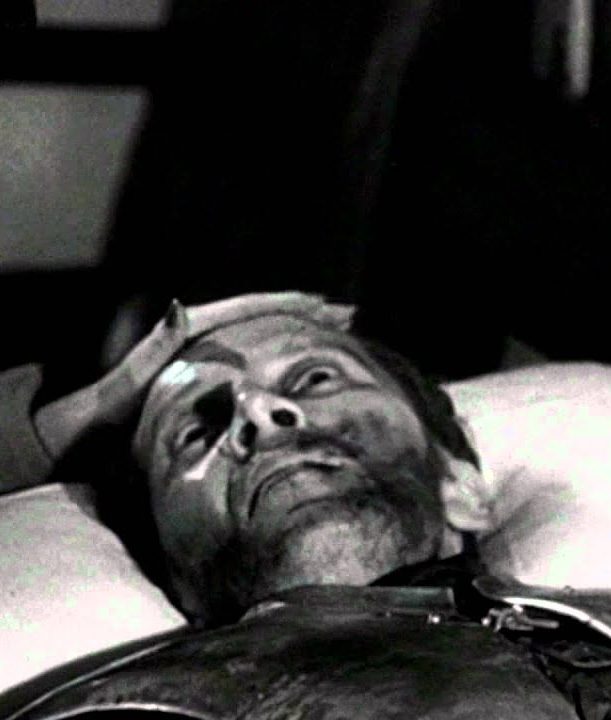 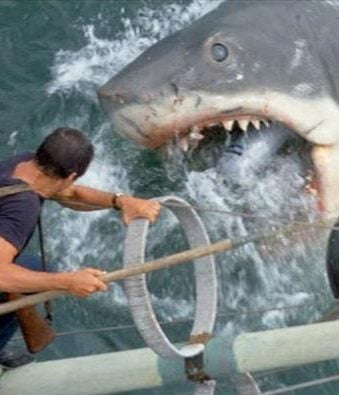 Jaws was one of the first ever blockbuster movies, and was the highest grossing film in the world for a fairly long time, so statistically – it’s one of the more likely movies to have fatalities just by the numbers. Not only that, but the terrifying story of a killer shark gone rogue is not exactly likely to keep your blood pressure down.

This is reflected in the fact that during one of the first screenings of the movie, someone collapsed in the front row suffering a heart attack, and was administered to by two doctors who happened to be in the audience. Despite their best efforts, the man was pronounced dead on arrival, in part due to the scariness of the movie. 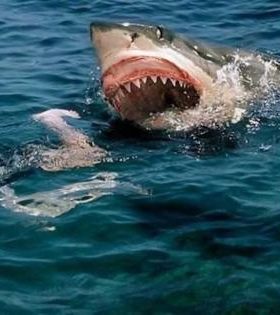 2. The Passion Of The Christ 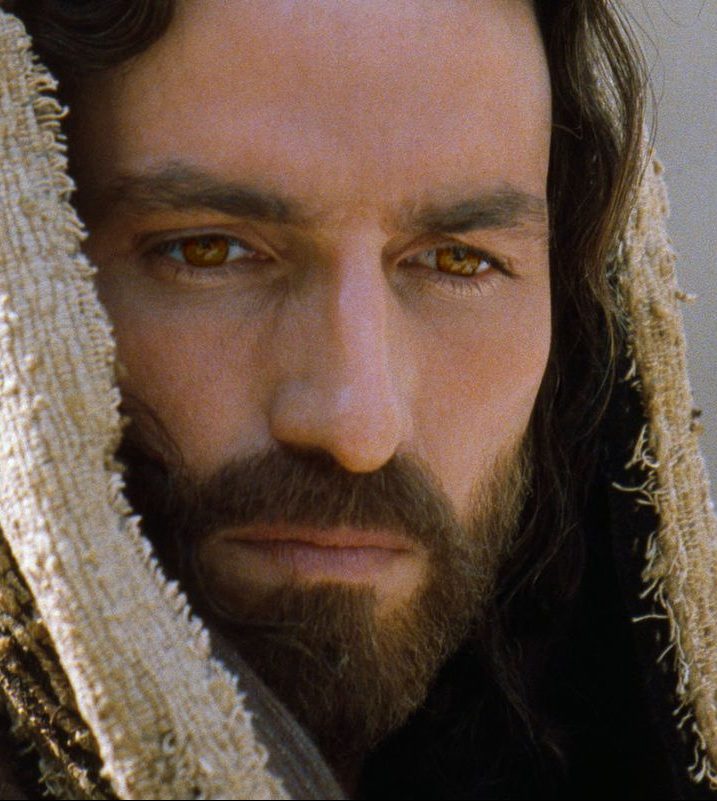 Many of the movies on this list have been horror films, or at the very least action or thrillers with some kind of scary or shocking elements. The Passion Of The Christ however? This was a movie that priests took their congregations to, so nobody expected any surprises.

With that said, anyone who has seen the film will tell you that it’s pretty relentless and that the crucifixion scene, in particular, is fairly brutal. So it’s not surprising that both a man and a woman, devout Christians and more advanced in their years, died in their seats from heart issues at that particular moment. 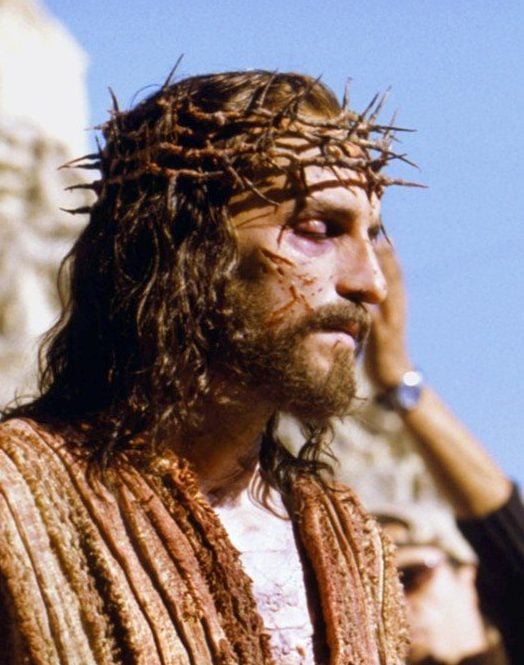 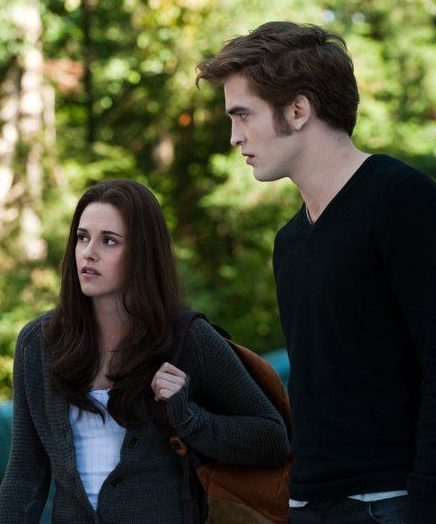 Out of all the movies you’d expect to cause fatalities, the Twilight Saga is probably right at the bottom of the list, unless you’re of the opinion that watching it is a fate worse than death. However, the later instalments had so much hype and build up that fans could hardly contain themselves, which had dangerous consequences.

One fan snuck into a screening of the movie without paying, and was found dead when the cleaners came in between screenings. The woman had drunk an entire bottle of neat whisky and passed out, without anyone even noticing she was there. 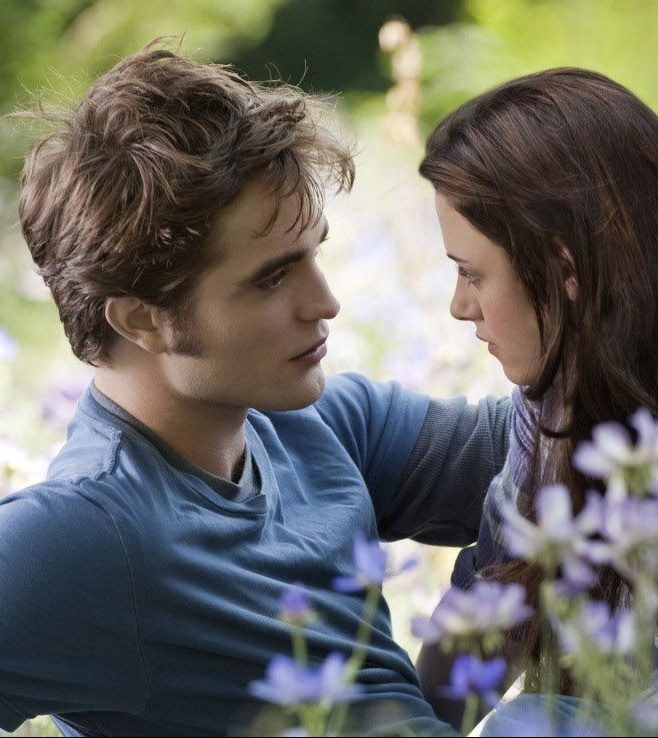