Fish and chips aren’t the only staples of fish and chips shops up and down the country. You can walk into any of your favourite chippies and it would almost guaranteed that a pie or two will also be sitting in the counter, staying warm wrapped in their cosy, bright metal tins. And the fish shop’s pie of choice…it’s usually a Pukka Pie!

The pies that you get in the chippy are available in a whopping seven flavours: all steak, steak and ale, steak and kidney, minced beef and onion, chicken and mushroom, chicken and gravy and chicken balti! You’d be lucky to find all seven available at once, or maybe unlucky…it would be a difficult choice to make! But it’s not only at the local fryer where you can get yours hands on these beautiful flaky favourites. You can also buy them in supermarkets, and now two of them are selling them for a fraction of the cost! 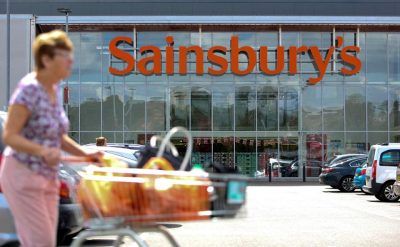 For a limited time only, Morrisons and Sainsbury’s have slashed the price of the pies to one pound! That’s right, for only one pound you can get your hands on one of these tasty treats, stuffed to the brim with you favourite meaty flavour. This is 65p cheaper than the usual £1.65 that it retails at. They have been reduced as part of the supermarkets’ spring and summer deal.

You can get all the favourite flavours of the chippy pies, but the chicken balti has been replaced by veggie tika masala. But if you’re fancying something a little fancier, why don’t you try something from their “Posher Pie” range that has recently been launched. 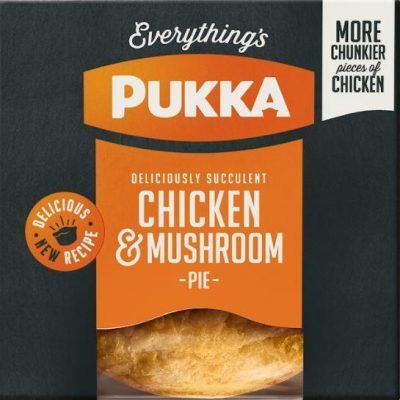 Chicken, leek and pancetta and steak and porter ale have taken their places alongside the more traditional favourites. The chicken, leek and pancetta variety comes with an all butter and thyme crust whilst the steak and porter pie is encased in a mature cheddar pastry. Despite their premium branding, the posh pies don’t cost the earth and retail for a reasonable £2.50. Both seem to be a hit with pie fans.

At this year’s British Pie Awards, the chicken and pancetta pie picked up a silver award. The pie combines “tender chicken, sliced leek and pancetta with a rich, creamy mustard sauce,” according to the producer’s description. 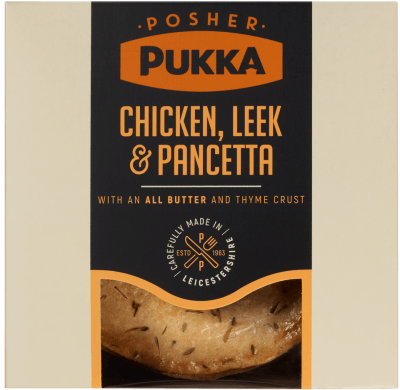 The hearty steak pie is made of “diced beef brisket in a rich porter ale gravy and carrots” and was highly commended at the same bash.

The new posh pies were launched in the Co-op last month and are currently being rolled-out to all stores. Pukka Pies Deborah Ewan said: “Following in-depth research, we noticed a growing number of consumers who were demanding a more indulgent yet affordable pie eating experience, which currently was not being fulfilled by brands on supermarket shelves. 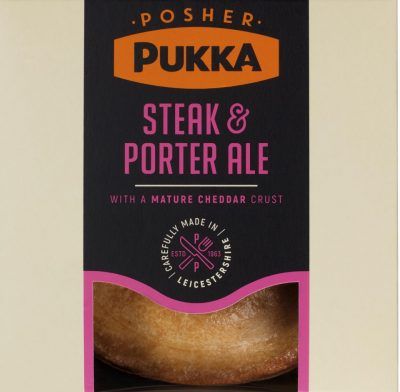 “We are confident that the new Posher Pukka range will meet this demand.”

Pukka Pies was set-up in Leicestershire in 1963. On their website they say: “In 1963, Trevor Storer’s Homemade Pies baked their very first pies. Understandably word of a good pie spreads fast, and the entrepreneurial pair sold over a thousand pies in the first week.” 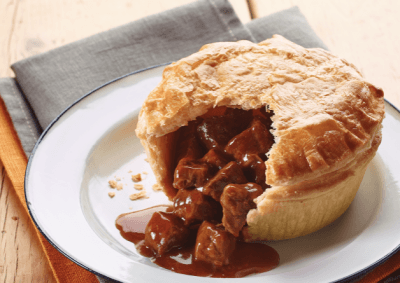 “As the couple’s little bakery continued to grow, it came time for a new name – something that would reflect their deliciously hearty pies and their friendly, close-knit company. That’s how the Storers’ Homemade Pies became Pukka, a fun and fashionable Hindi-derived word for all things genuinely, properly good.”

So there you have it – Pukka means properly good, and we find it hard to disagree when talking about the pies.