Let’s take a look back at 10 amazing facts about Moonlighting that you probably didn’t know.

10. The stars didn’t get along 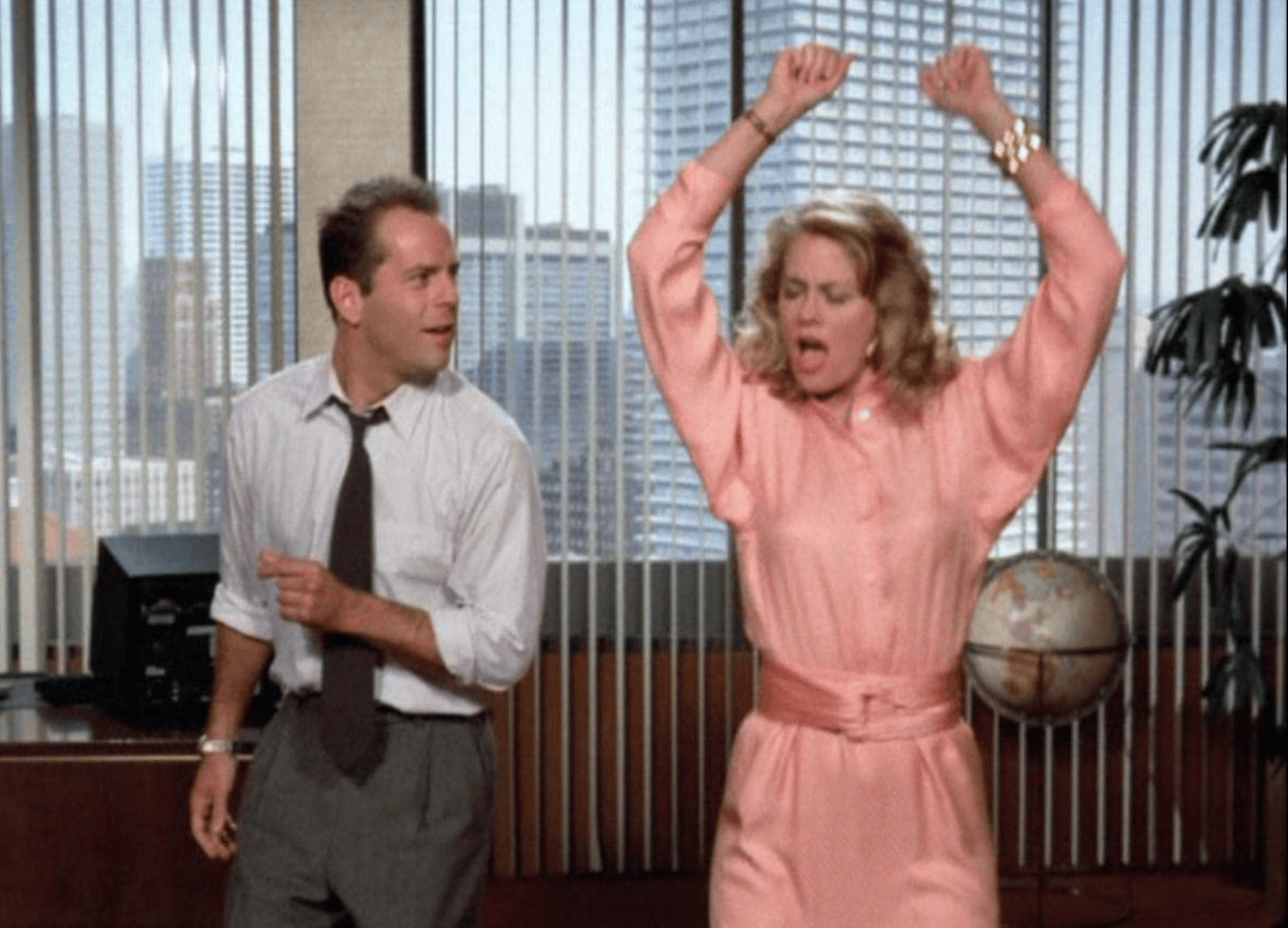 There was a lot of tension between stars Bruce Willis and Cybill Shepherd on the set of Moonlighting, especially towards the end of the show’s run, for the simple fact that the newcomer and his leading actress didn’t really get along.

If we’re to believe accounts from the time, when Bruce Willis shot to fame with Die Hard he no longer enjoyed being the second-billed actor to Cybill Shepherd, while Shepherd was often responsible for many of the delays in shooting.

9. Die Hard became a hit whilst the show was still running 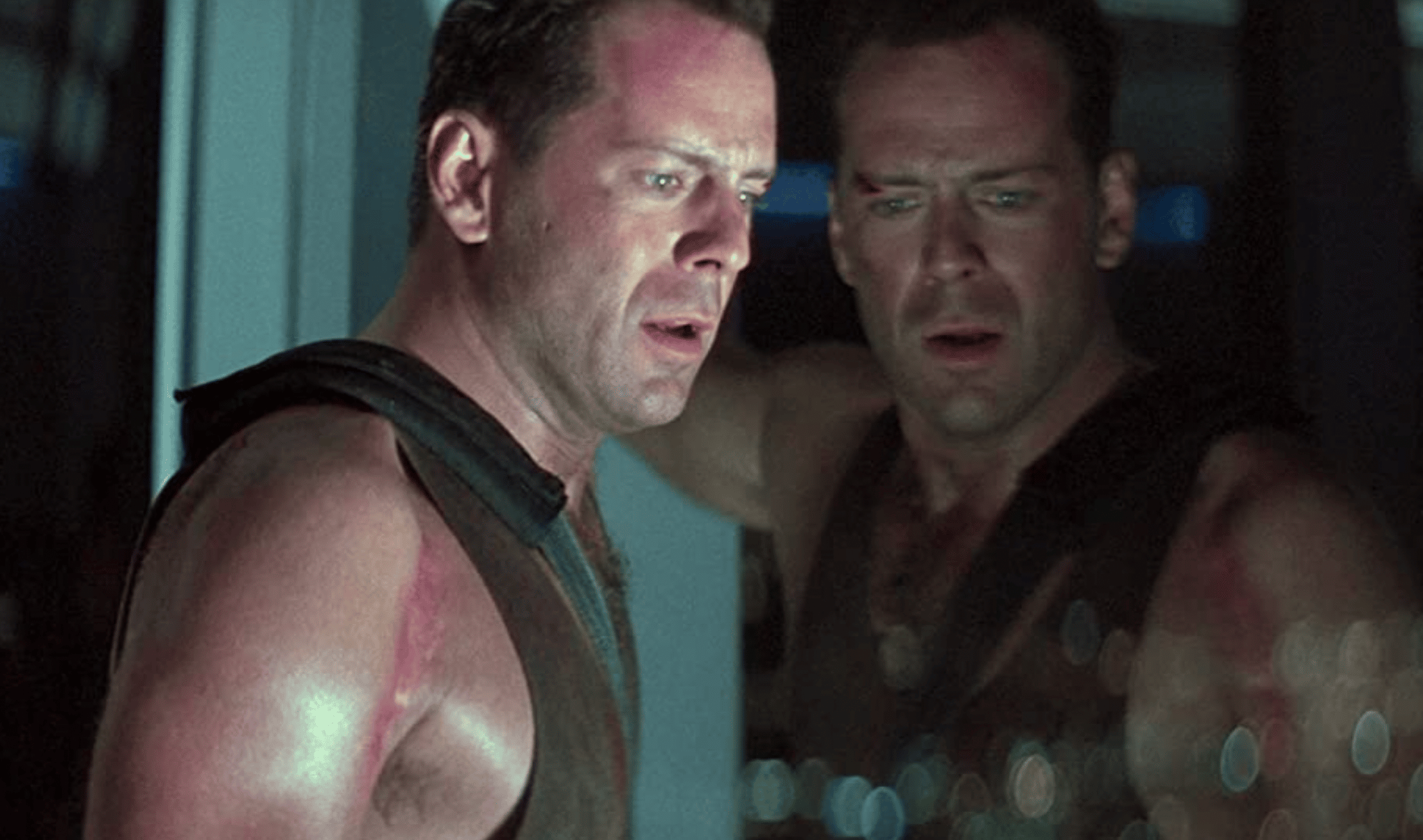 Die Hard, the 1988 action movie classic that made Bruce Willis globally famous, was released whilst Moonlighting was still going strong, and was even released on videocassette before the show finished. In a nod to this, in one of the last episodes of the show, a man is seen tearing down a Die Hard poster in a video store as Bruce Willis’ character walks past.

8. Willis had A LOT of competition for the lead role 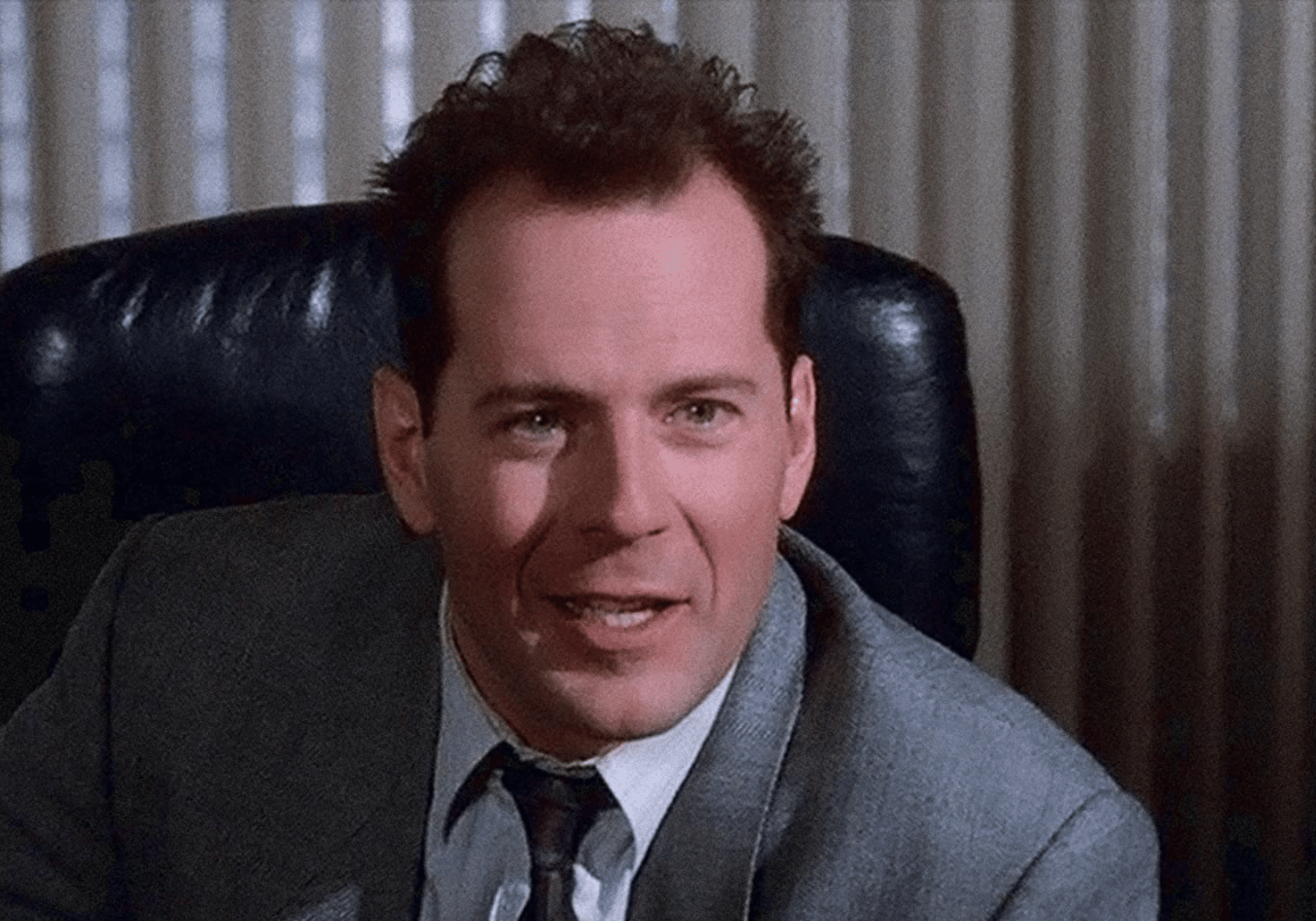 When Moonlighting first entered development, it was a major gig for many aspiring Hollywood actors – 3,000 actors auditioned before Bruce Willis even entered the room. Still, Willis must have made a good impression in his audition, as his was the last to take place before he was cast as David Addison, Jr, head of the Blue Moon Detective Agency.

7. The third season wasn’t the best – and Willis said it was all Shepherd’s fault 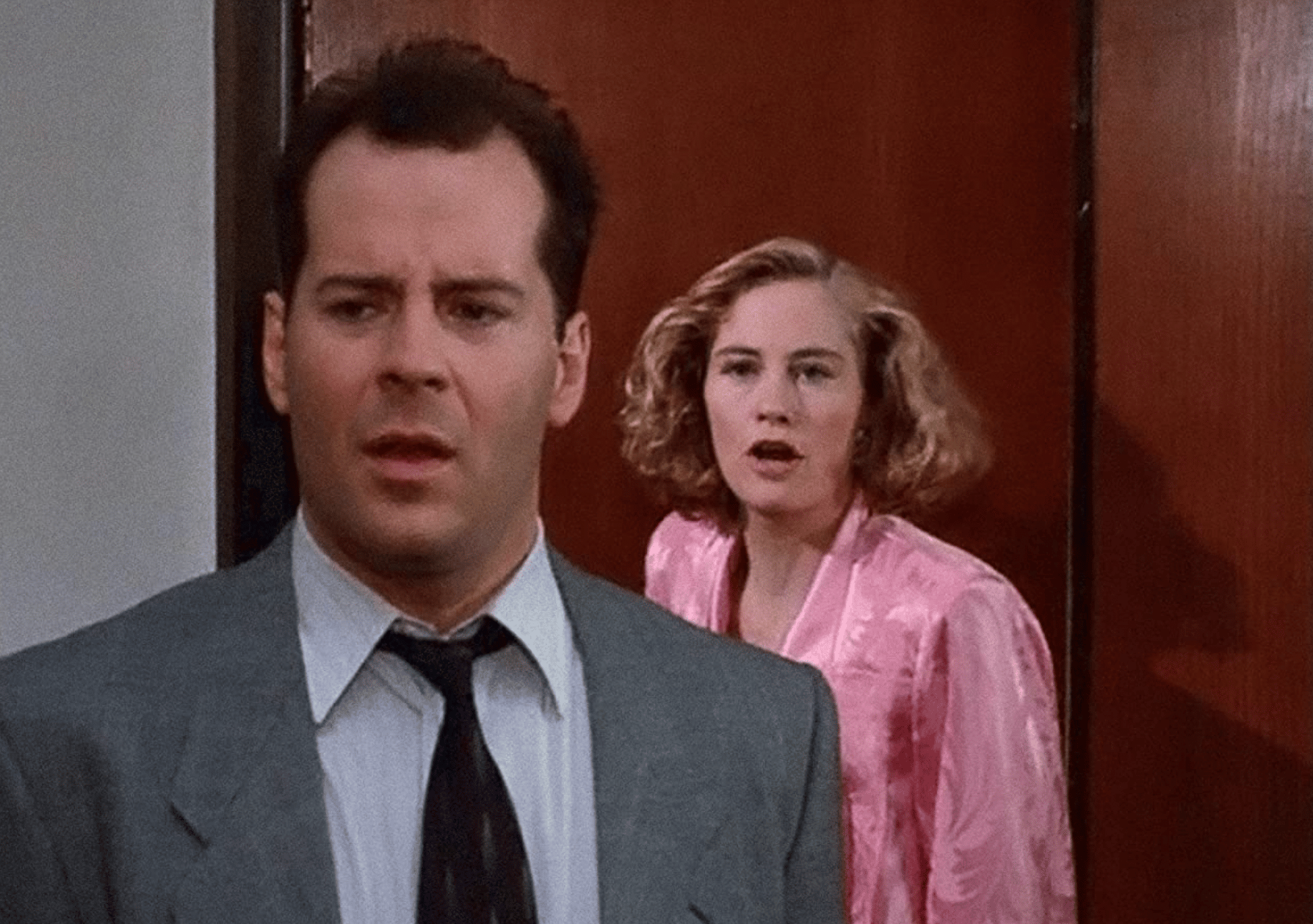 The third season of Moonlighting was plagued with delays – some of which Willis would blame Shepherd for – and so several ‘filler’ episodes were made for the show to make up for it. Unfortunately, these often ignored the main storylines and story arcs, meaning season 3 was hardly as popular as other seasons. 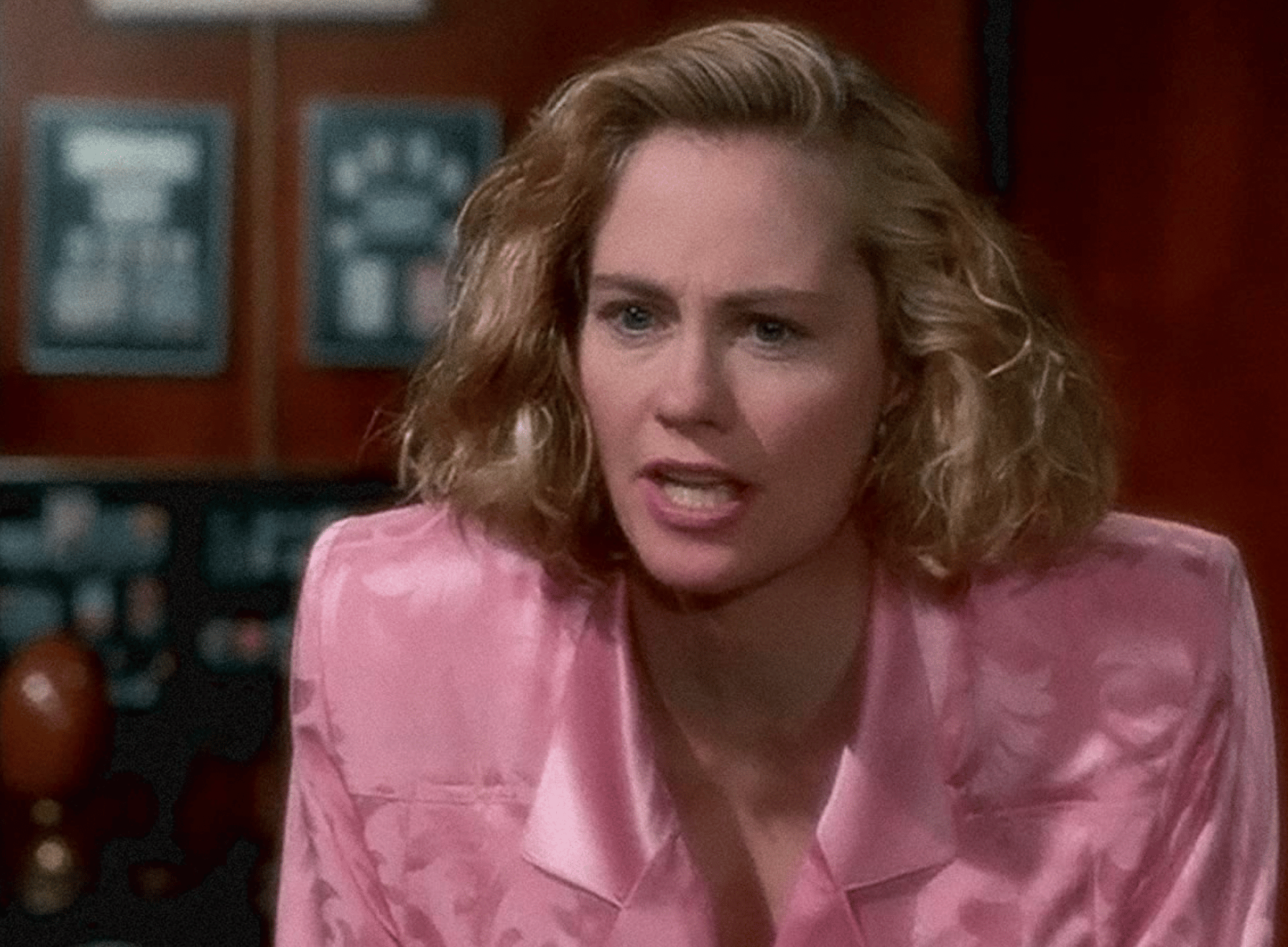 It wasn’t by accident that Cybill Shepherd often looked the same way that leading ladies of the 1940s did in Moonlighting. To get this effect, the costume department painstakingly recreated the fashion of that period, while scenes with Shepherd were often filmed using a diffusion filter to get the look of a 1940s detective drama just right.

5. It took twice as long as most shows to shoot an episode 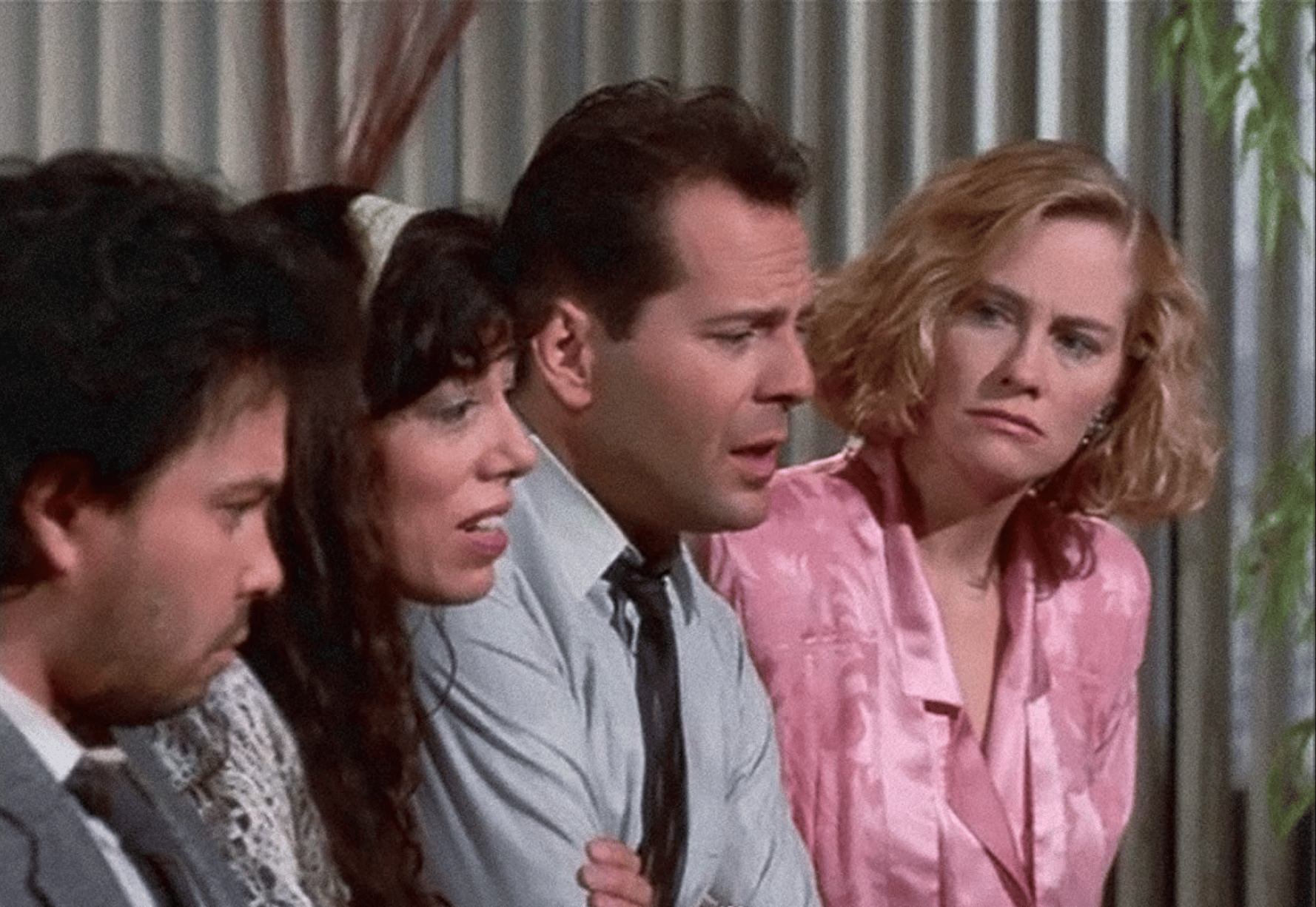 At the time, most TV shows that ran for an hour per episode would take about 5-7 days to film for each episode. Moonlighting, however, took about 12-14 days per episode, largely as a result of the length of the scripts (they were about double the length of typical hour-long drama scripts) and scenes being written on the fly by showrunner Glenn Gordon Caron.

4. It was one of the most expensive programmes ever made at the time 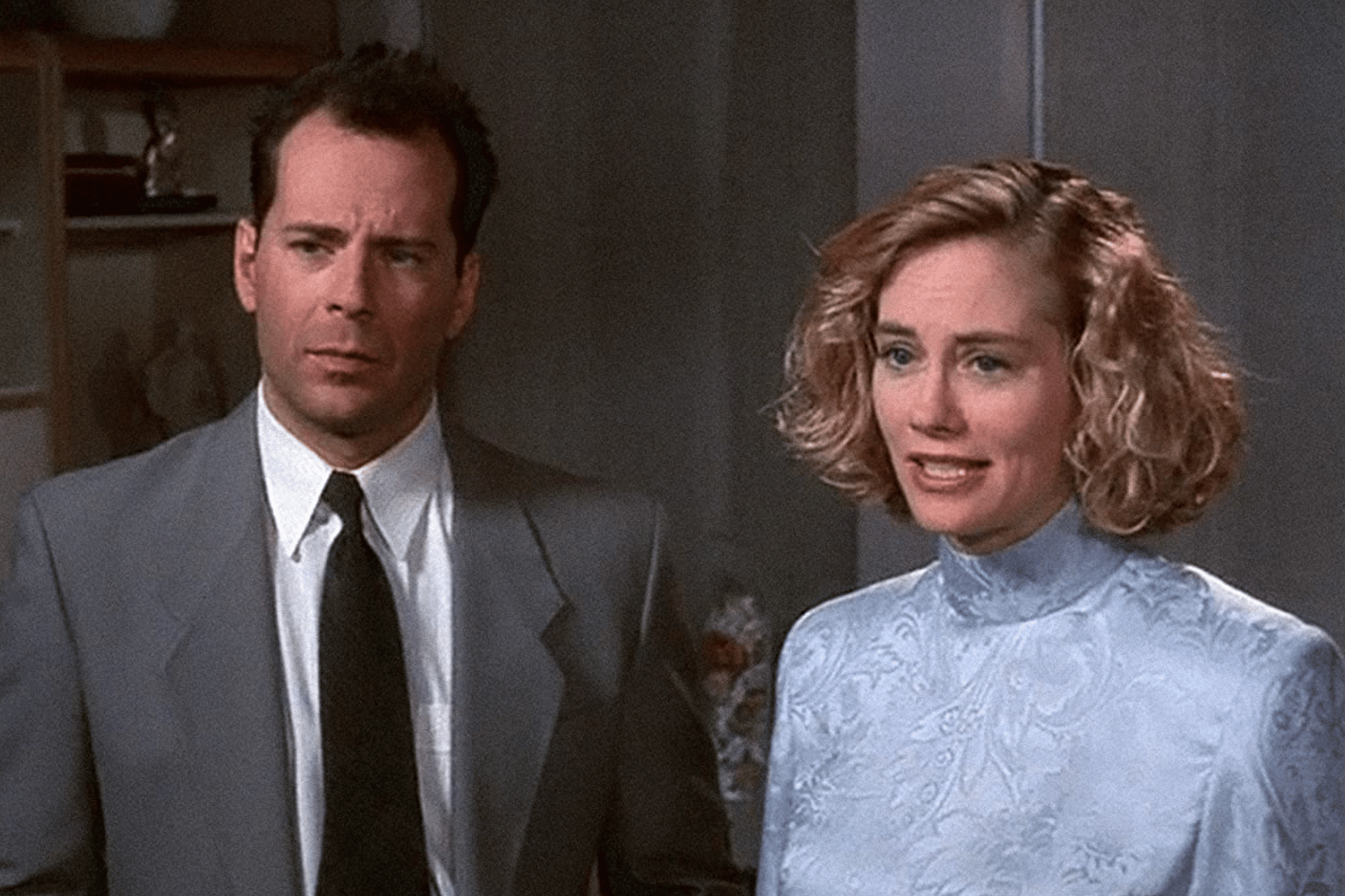 Moonlighting wasn’t just a long shoot – it was also one of the most expensive programmes ever at the time it was made, with episodes costing an average of $1.6 million per episode. That’s a lot of money even in today’s terms, but back then this was almost double what it would cost to make a normal hour-long episode of television. In the end, though, it turned out it was worth it for the production company…

3. ABC made a huge amount of money from the show 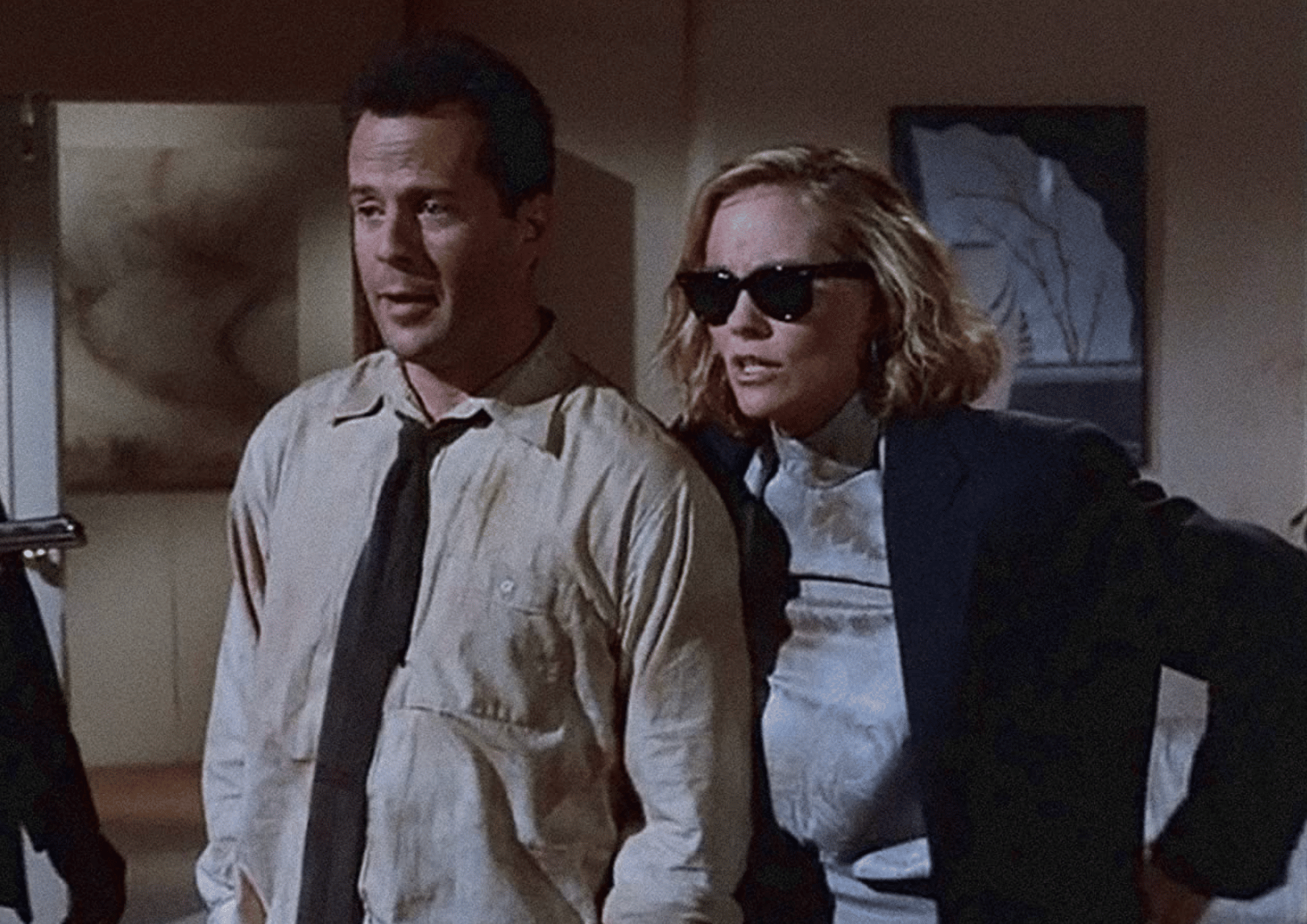 The production company, ABC, were willing to put in the extra money for the show for one simple reason: the network actually owned the show outright. This meant ABC made far more money from Moonlighting than if it had been made by an outside production company, which was common practice at the time. In season 3, Moonlighting peaked as the 9th most popular show in the US – meaning ABC made a killing in profits.

2. It wasn’t just Willis who fell out with Cybill Shepherd 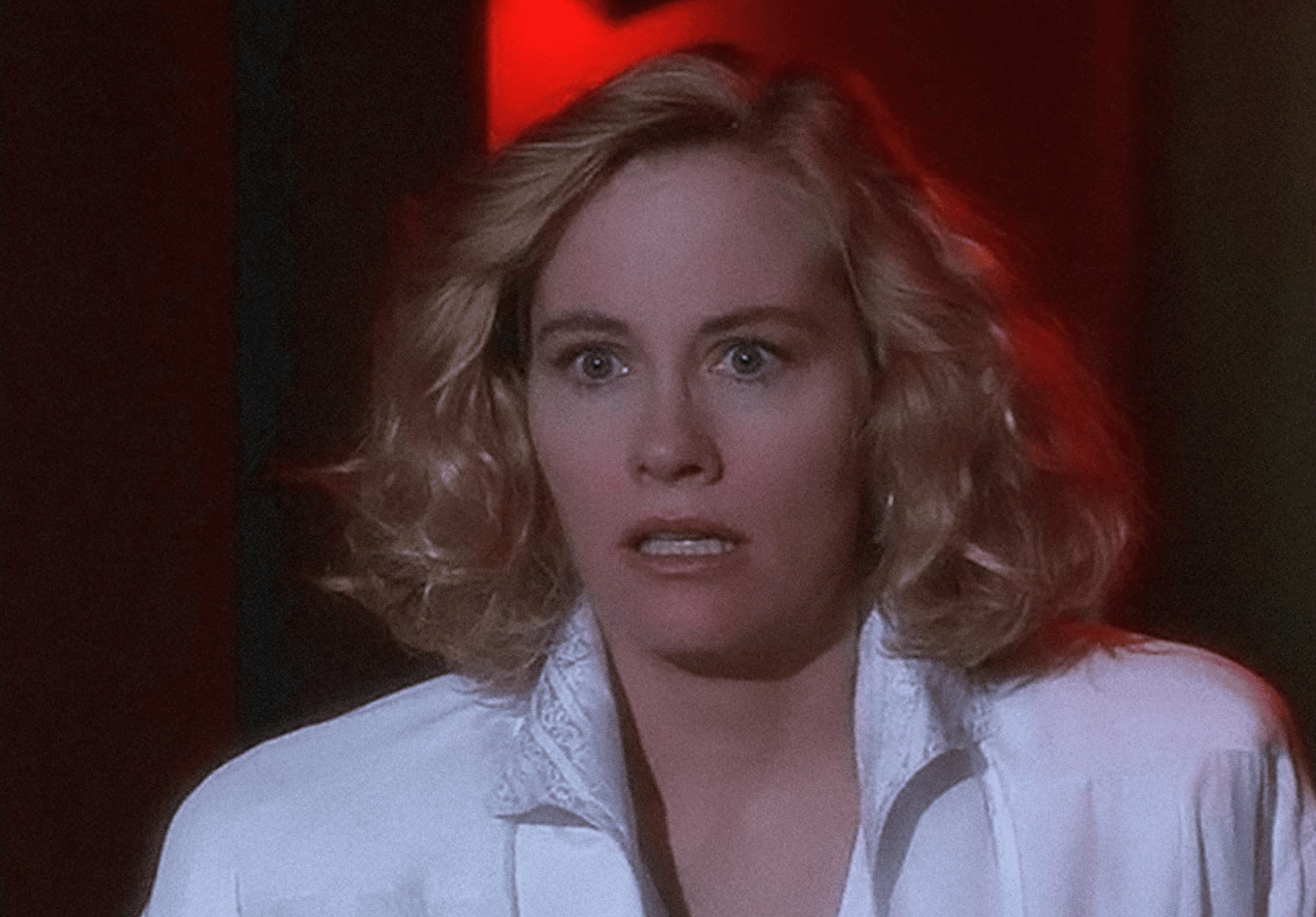 According to reports, it wasn’t just Bruce Willis who found Cybill Shepherd hard to work with. Showrunner Glenn Gordon Caron left Remington Steele – another show about bickering detectives – to produce and help create Moonlighting. Caron left after the third season, however, due to the chaotic production and the disagreements he often found himself having with Shepherd.

1. It liked to break the fourth wall 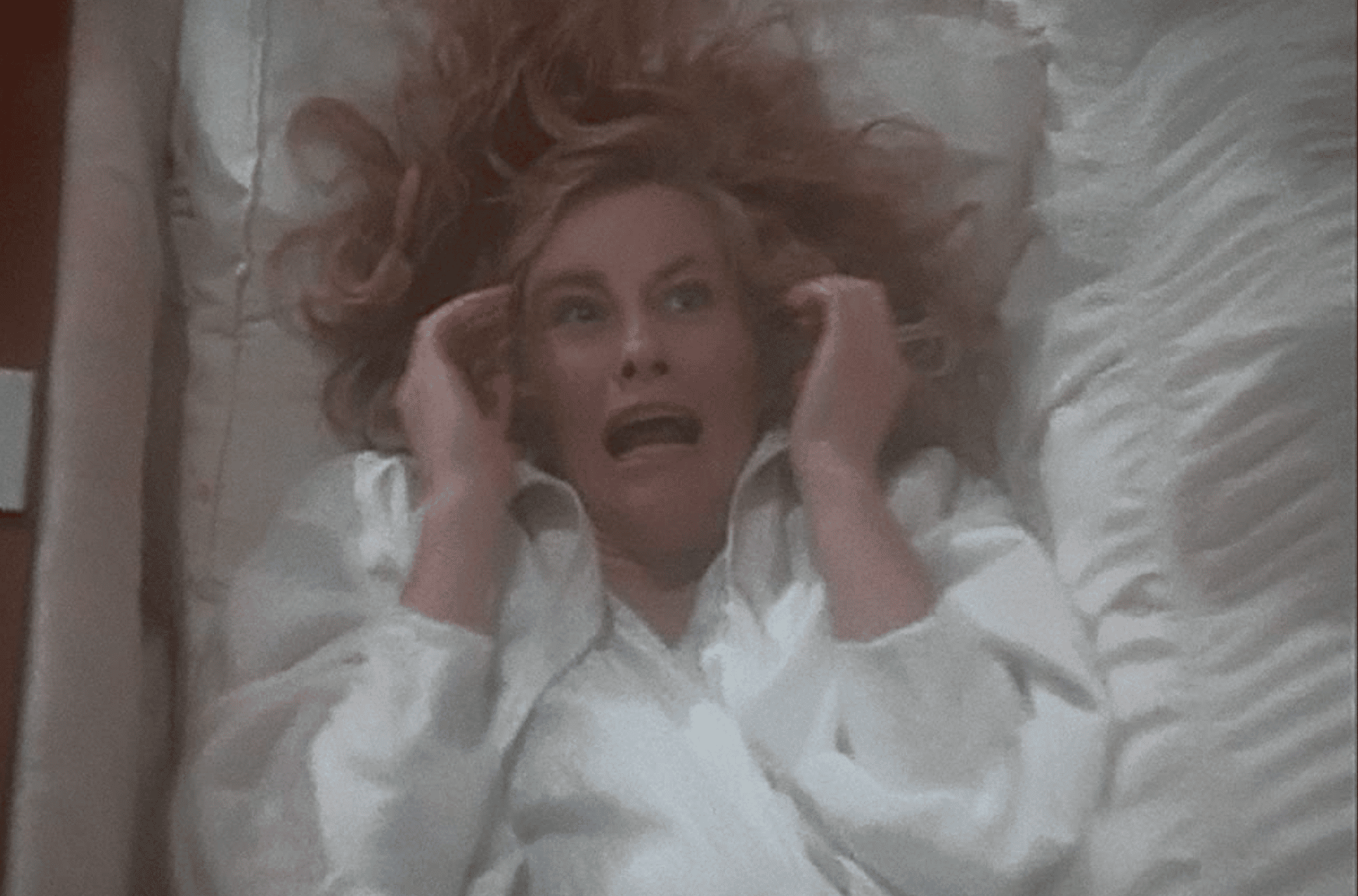 Moonlighting wasn’t afraid to get meta. At times throughout the series’ run, the actors would break character and talk directly to the camera, often mentioning the production team and crew.

At one point at the end of season 2, the actors actually left the set and began running around the studio, a mind-blowing thing to happen in a TV show in 1986. There was even an episode done in the style of Shakespeare, a Taming of the Shrew-esque one-off entitled Atomic Shakespeare.