It may not have grabbed hold of our attention as much as M.A.S.K. or ThunderCats did, but Muppet Babies was still one of our favourite animated TV shows of the 1980s.

Running for 107 half-hour episodes over eight seasons, Muppet Babies let our imaginations run wild, made us laugh every single episode and caused us to fall in love with teeny tiny versions of Kermit, Miss Piggy, Fozzie, Rowlf and friends. Below are 10 mischievous facts about a truly marvelous 1980s cartoon.

10. The show was inspired by a dream sequence from the film Muppets Take Manhattan 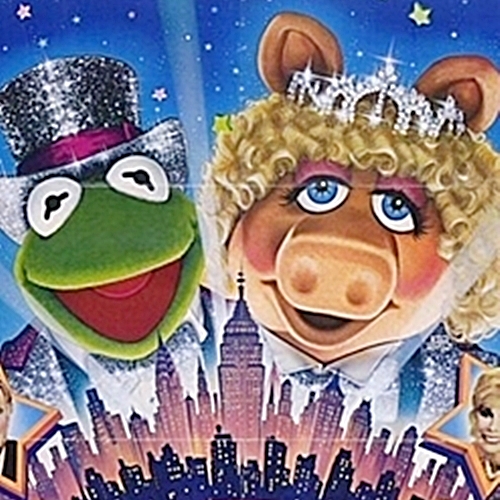 Muppet Babies was inspired by a popular dream sequence from the 1984 live-action film Muppets Take Manhattan.

In the sequence, Miss Piggy dreams what it would have been like if she and the object of her affection Kermit the Frog had grown up together.

9. It was animated by the creators of G.I. Joe and The Transformers 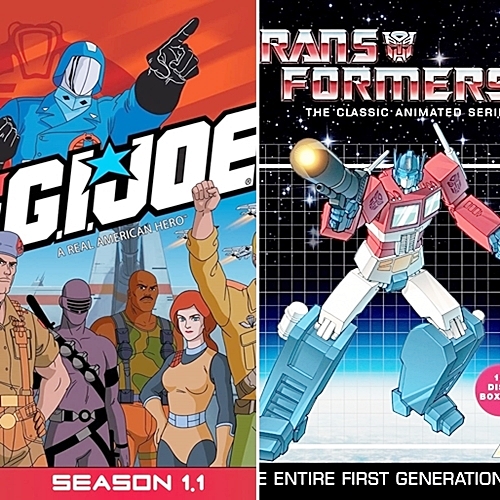 Muppet Babies was animated by the Japan-based Toei Animation for seasons one to three and the Korean AKOM Productions for seasons four to seven.

Toei and AKOM were the same two companies that animated the classic 1980s cartoons G.I. Joe and The Transformers.

8. The show features one Muppet who never had a live action counterpart 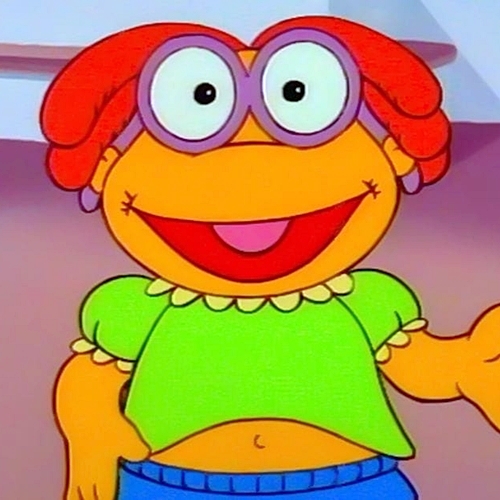 Muppet Babies featured a Muppet that never appeared in any of the live action TV shows or films.

The Muppet in question is Scooter’s tomboyish twin sister Skeeter, who was added to the animated series as an additional female character alongside Miss Piggy.

7. A series featuring animated and live action Muppets was pulled after three episodes 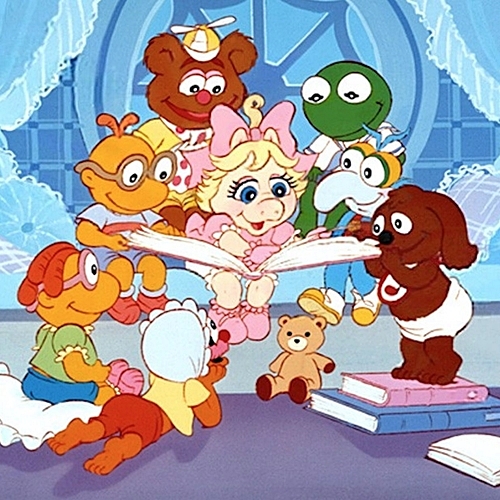 During the second season of Muppet Babies, a second half-hour segment called Muppets, Babies and Monsters was introduced.

Muppets, Babies and Monsters, which featured live action puppets alongside their animated counterparts, was cancelled after just three episodes by Jim Henson, even though 18 episodes had already been created.

6. It inspired other cartoon creators to introduce younger versions of their characters 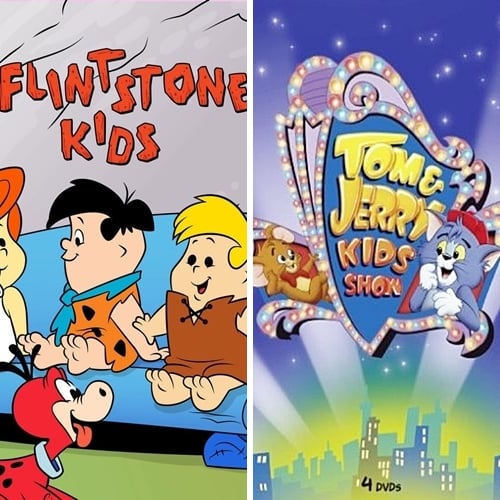 The success of Muppet Babies inspired a number of cartoon creators to create shows that introduced younger versions of their characters.

Examples of this trend include The Flintstone Kids, Tom & Jerry Kids, A Pup Named Scooby-Doo and Tiny Toon Adventures.

5. We still don’t know what Nanny looks like or where the Muppet Babies were located 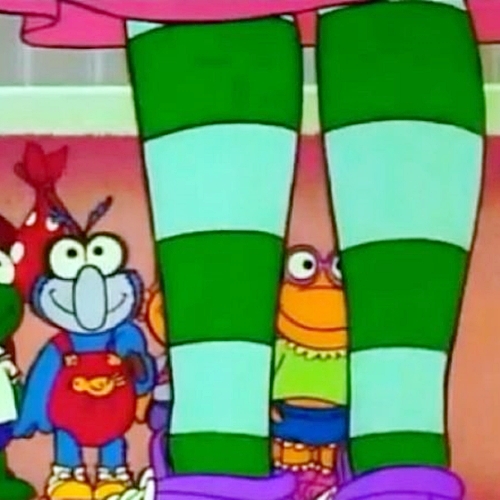 Even after all this time, we still don’t know what the Muppet Babies’ carer Nanny looks like or even where it was they were all located.

Producer Michael Frith has revealed that the vagueness was introduced on purpose, saying “Is this a day care center? Is this a foster child home? The more we talked about it, the more we felt it should just exist. The kids accepted it.”

4. You could get Muppet Babies cuddly toys and a weekly comic 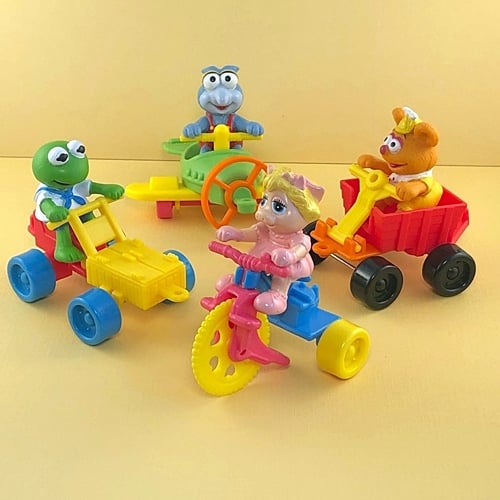 Plastic and later cuddly versions of the Muppet Babies were given away as McDonald’s Happy Meal toys during the mid-1980s.

A weekly Muppet Babies comic was also available to purchase from your local newsagent during 1986 and 1987.

3. It was named one of the greatest animated TV shows of all time 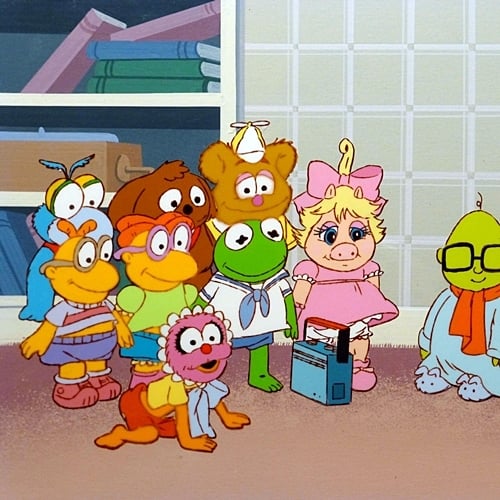 In 2009, IGN listed Muppet Babies at number 31 in their list of the 100 best animated TV shows of all time.

And we should also give a mention to the show’s legendary theme tune, which had sections sung by each of baby Muppets and featured memorable lyrics such as “I’ve got my computer, I swing through the air, I play the piano, and I’ve got blue hair, huh!”

2. It was adapted into a live stage show 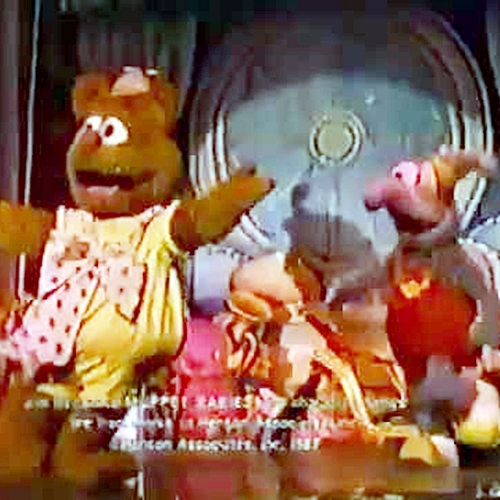 Muppet Babies was adapted into a live stage show called Muppet Babies Live, which toured the United States in 1986.

The show featured actors in large Muppet costumes dancing and miming along to pre-recorded songs.

1. The characters are now owned by Disney 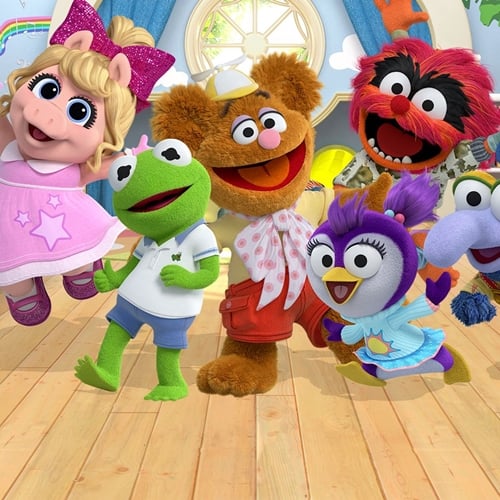 The Muppets are now owned by Walt Disney Productions, who separately acquired the rights to both Marvel (who co-produced the cartoon) and the Muppet characters.

A computer-animated reboot of the show premiered on the TV channel Disney Junior in March 2018 and is currently available to watch on Disney Plus.