Melanie Griffith and Don Johnson were one of the power couples of the 80s and 90s. To this day, despite having married and divorced twice, Griffith and Johnson remain close, and can often be seen together alongside their daughter, actress Dakota Johnson. By Hollywood standards, the relationship has been miraculous. By any normal standards, however, Griffith and Johnson’s romantic history can appear less than fairytale.

When the pair started dating, Melanie Griffith was 14 years old, while Don Johnson was 22. Shockingly, Griffith’s mother, The Birds actress Tippi Hedren, allowed Griffith to move in with Johnson when she was only 15. At 18, Griffith wed Johnson; by 19, she had already divorced him. It was, incredibly, only the beginning of their relationship.

The relationship between Melanie Griffith’s parents would come to resemble Melanie’s own first marriage in uncanny ways. The 17-year-old Peter Griffith met 21-year-old Tippi Hedren on the set of the movie The Aldrich Family in 1951. The pair began dating, and as soon as Griffith turned 18, the pair took out a marriage licence in New York.

Hedren, the model-turned-actress who would later find fame as the star of Hitchcock’s The Birds and Marnie, gave birth to their daughter Melanie Griffith in 1957. Tippi and Peter split when Melanie was two years old, and so Melanie grew up splitting her time between her father in New York and her mother in Antelope Valley, California.

When Hedren began filming Satan’s Harvest in Mozambique in 1969, accompanied by both Melanie and her second husband, the producer Noel Marshall, the trip sparked Hedren’s passion for big cats and conservation. Inspired, Hedren and Marshall decided to adopt various big cats (and two elephants) into their Sherman Oaks home and make a movie, the adventure comedy Roar, starring the family and their new ‘pets’.

One lion slept in Griffith’s bed, in a move Hedren later described as “stupid beyond belief”. Griffith walked away from filming on Roar requiring 50 stitches to her face. (She was one of 70 members of the production to suffer injuries.)

Still, according to a family insider, the wildlife inspired Melanie: “She recalled that as a teen…she saw wild animals running free and she wanted to feel that way, not like an animal confined to a cage. She longed to call her own shots and be responsible for her own happiness.”

Having starred as a younger version of her mother in 1964’s Marnie, Melanie went on to take occasional child roles in adverts and fashion modelling.

In 1973, Hedren secured the lead role of a sex education teacher in The Harrad Experiment. Her on-screen student was played by Don Johnson. A young actor from a poor farming family in Kansas, Johnson had only starred in two movies before: The Magic Garden of Stanley Sweetheart (1970) and Zachariah (1971).

A profile by the New York Daily News claimed Johnson’s upbringing was affected by sexual abuse – though the article’s tone was disturbingly light-hearted. “The rebellious boy lost his virginity to the family’s 17-year-old baby- sitter at age 12, hot-wired a car at 14, left home for good at 16, and was saved at 17, when he discovered, in high school, that he could sing and act,” it stated.

Don Johnson was 22 years old when he met Melanie Griffith, then 14, for the first time. She was visiting her mother on the set of The Harrad Experiment, in which she also played an extra. “We were in the stairwell of this Anheuser-Busch Estate waiting for a setup,” Johnson has since recalled. “We started chitchatting.”

According to Griffith, she was immediately attracted to Johnson: “I thought he was the most beautiful person I’d ever seen.” Hedren, too, has claimed her daughter was besotted with the actor. “She fell almost instantly in love with him,” she has said. “It was an adolescent crush.”

While a teenage crush may have been brushed off, in Griffith’s case it led to a relationship with a man eight years her senior. Johnson has claimed that the pair became a couple because Griffith pursued him.

“I was a little cocky at the time and didn’t talk to her mother for a couple of weeks,” he reflected in 1975. “Melanie and I became friends first, but then she picked me for something more. I was skeptical only because of her age, but she was a lot more woman than most of the girls I had been going out with.”

Johnson did however add that he “did feel a little strange picking her up after school.” The press of the 70s saw no problem with the underage Griffith dating Johnson, and neither did her world-famous mother, for the most part.

“They were two beautiful, wonderful people, and here, my daughter was showing signs that I had never seen before in her, with an older man, and there was just sheer panic,” Hedren later described. “How do you handle that? There was a very strong attachment between the two of them.”

At 15, Griffith moved in with Johnson. The pair shared a rental property in Laurel Canyon, Los Angeles. She studied at the Hollywood Professional School and was a straight-A student, skipping a grade to graduate at just 16 years old.

Since 1911, the age of consent in California has been 18 years old. However, the press gushed over the Griffith-Johnson relationship. As the daughter of a world-famous actress and a budding star herself, Griffith’s entire life was in the spotlight.

When Griffith was 17, a Newsweek article described her dating history in lurid detail: “At 14, she willingly relinquished her virtue to actor and would‑be singer Don Johnson… She has the body of a sensuous woman, the pouting, chipmunk face of a teenager and the voice of a child – and, suddenly, she’s showing them all.” 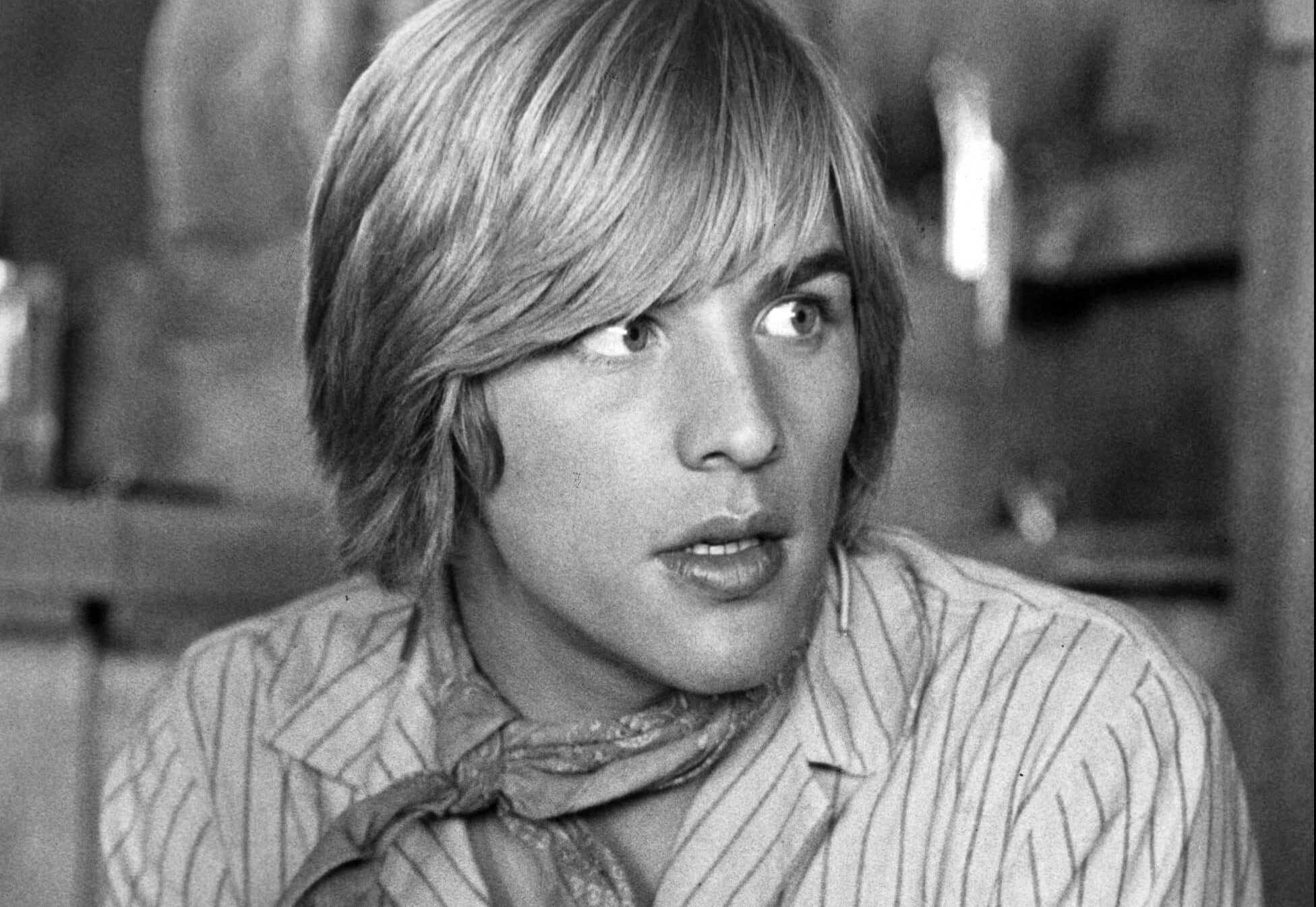 The same article quoted Griffith’s mother Hedren as saying: “She’s always been a young filly at the gate. She can’t wait to get into the race.”

Johnson, meanwhile, has since reflected upon this relationship in a more guarded tone. “Our first time wasn’t in the back seat of a car, like people of our parents’ generation,” he later told People Magazine. “At least we were upfront about it.”

Griffith, too, has defended the relationship by noting the different cultural standards of 70s Hollywood. “By the time we were 14, half of my girlfriends had had abortions,” she noted. “I was totally self-sufficient and responsible,” she has also commented on her teenage self.

In 1975, at the age of 17, Griffith progressed to more mature roles in Night Moves, The Drowning Pool and Smile. She was around the time often typecast as coquettish and sexually confident characters. Johnson, meanwhile, starred in the futuristic movie A Boy and His Dog.

The pair were highly sociable, but they weren’t interested in Hollywood networking. “We hang out with architects, inventors, bums, social misfits and alcoholics,” Johnson said in 1975. “Actors are so boring,” Griffith added.

Though they were living as a couple, Don Johnson continued to date other women. He enjoyed two marriages before 1975, with both quickly annulled. His first two wives have never been named, but they were a “dancer” and a “rich bimbo”, according to Johnson.

Johnson and Griffith got engaged on her 18th birthday, and wed in 1976. The day before they married, Don Johnson has recalled, “I had been with [actress and beauty queen] Marjorie Wallace most of the night. Melanie called at about 4 or 5 in the morning. We professed undying love and flew to Las Vegas and got married.”

The marriage ended within one year.

It was Griffith who broke up with Johnson. “It just wasn’t working for us, but we couldn’t split up,” Griffith later explained. “We thought it might work better if we were married. It didn’t. I got married in order to end the relationship.”

“It was a heartbreaking time,” Hedren later commented. “But the worst thing I could have done would have been to intervene. It would have damaged my relationship with Melanie and I didn’t want to alienate her. Don wasn’t a bad man, it was just that the relationship was out of place.”

“Anyway, he did apologise to me – not too long ago, actually,” she added. “It was a quick apology, but I appreciated it. We’re friendly now, but no, we don’t laugh about that time at all.”

“I called Don to make amends” Johnson then moved in with his long-time friend Sal Mineo, the now-37-year-old former teen star who had directed Johnson in the stage play Fortune and Men’s Eyes. The pair previously shared a Montecito apartment in the late 60s. One night in 1976, as Mineo returned from a play rehearsal, he was stabbed to death by a thief while parking outside their building.

In the decade following his divorce from Griffith, Johnson rose to fame as Sonny Crockett in Miami Vice. He won a Golden Globe for the role and became a style icon, not to mention an international sex symbol. In the 1980s, Johnson dated the model Patti D’Arbanville, Cybill Shepherd, Barbra Streisand, Penelope Ann Miller and the then-18-year-old Uma Thurman.

Griffith, meanwhile, married Scarface actor Steven Bauer and gave birth to their only child, Alexander, in 1985. She starred in Body Double (1984), Something Wild (1986) and Working Girl (1989). Following her 1989 divorce from Bauer, however, Griffith was struggling with alcohol and drug abuse and eventually entered rehab. In 1989, she rekindled her relationship with Johnson.

“I was doing my [rehab] steps so I called Don to make amends about s*** that had happened, why I had left him when we were first married, all that kind of stuff,” she has said. “Don was actually waiting for me when I got out of rehab. We got back together; it was the most natural, perfect, loving thing.”

Griffith would decorate the interior of her new home in Miami with Johnson with countless hearts, her favourite symbol.

Soon, Griffith fell pregnant with Johnson’s child and the pair became engaged for a second time. Hedren was delighted. “The first time they married in a little chapel in Las Vegas,” she commented. “This time [Griffith] wants to have a big wedding. And when they marry, it will be till death do us part.”

However, the couple’s second marriage was not to last either. After starring together in the movies Paradise (1991) and Born Yesterday (1993), they split again in 1996. Their daughter, Dakota Johnson, was born in 1989 and is now a critically acclaimed actress.

In the same year as her second divorce from Johnson, Griffith would marry actor Antonio Banderas, whom she ultimately divorced in 2015. Johnson likewise entered a new relationship in 1996. He began dating Jodi Lyn O’Keefe, who starred as his on-screen daughter in TV’s Nash Bridges. He was 47 and she was 18.

Today, Don Johnson is married to socialite Kelley Phleger. He is father to four more children: with Patti D’Arbanville, he fathered the actor Jesse Wayne Johnson (born 1982); and he has three children with Phleger named Atherton (born 1999), Jasper (born 2002) and Deacon (born 2006).

Aside from Dakota Johnson and Alexander Bauer, Griffith has had one more child: the actress Stella del Carmen Banderas (1996).

The pair have remained close friends ever since their final divorce, and have jointly accompanied their daughter Dakota for red carpet events. “All of my husbands, my three husbands – I love them all so much, and we’re all very close,” Griffith has said.