With some of the most entertaining acronyms in the game, M.A.S.K toys came with their own fictional universe in the 80s. M.A.S.K., or Mobile Armored Strike Kommand, is a fictional underground task force charged with tackling a criminal group known as V.E.N.O.M. (Vicious Evil Network Of Mayhem). The toy franchise, developed by Kenner, came out in 1985 and was accompanied by an animated TV series, which ran for two seasons.

The toy line was abandoned in 1996 in favour of Vor-Tech, but M.A.S.K.’s nostalgia has endured, and there’s even word of a live-action movie on the horizon. If you held on to any original M.A.S.K. toys from the 80s, you may be surprised to find that they are now fetching impressive sums on eBay. Here are some of the most popular models, and how much they are selling for. 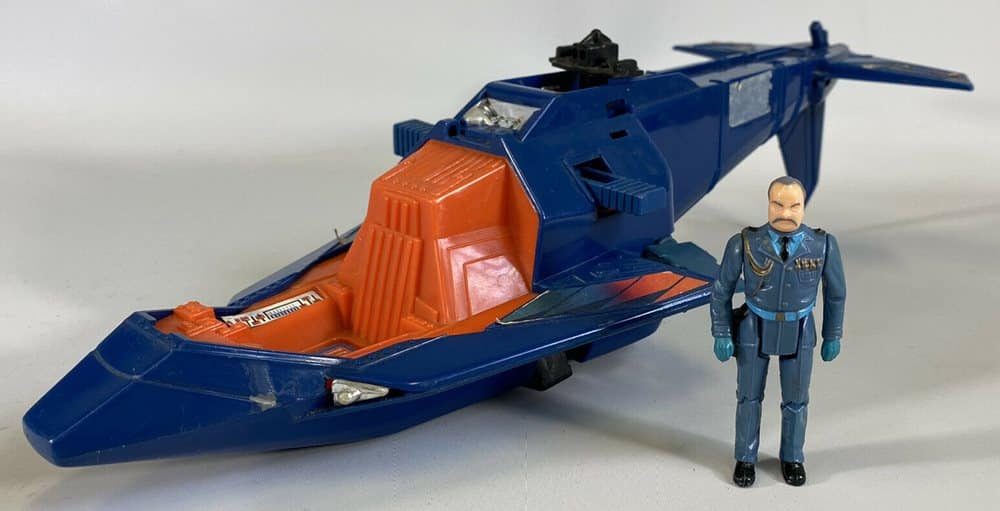 Within the M.A.S.K. Universe, Miles Mayhem is the ruthless leader of V.E.N.O.M., and his value as a collectible is as formidable as his persona.

According to eBay and the online sales tracker WatchCount, the best offer for this toy reached £1,908.84, or approximately $2,400, in March 2022. This particular collectible was brand-new and unopened. 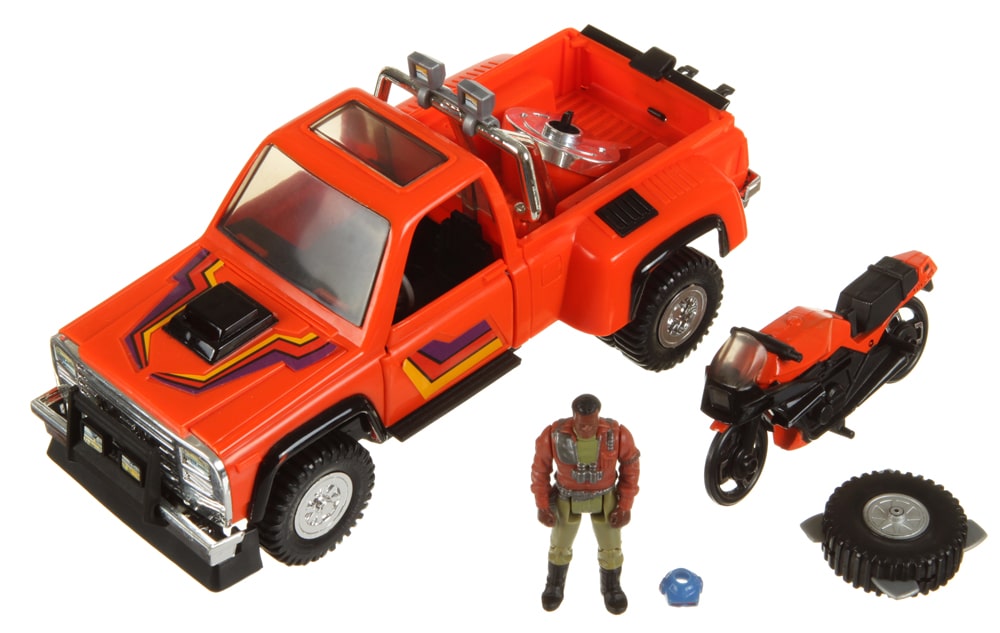 The favourite vehicle of skilled agent Hondo McLean, Firecracker is portrayed in the TV series as an orange pickup truck that conceals a motorbike, and can transform into a high-platformed recon truck on missions.

Goliath first surfaced in the later episodes of M.A.S.K., as the show began to focus on racing cars rather than crime-fighting. It is a Formula 1 car that can transform into a fighter jet. Back in March 2022, the action model of this toy could have been yours for $1,500.

This sale was made in Rochester, New York in March 2022. Here you can spot the term ‘MISB’ in the listing: rather than another creative M.A.S.K. acronym, MISB stands for ‘Mint [condition} In Sealed Box’. 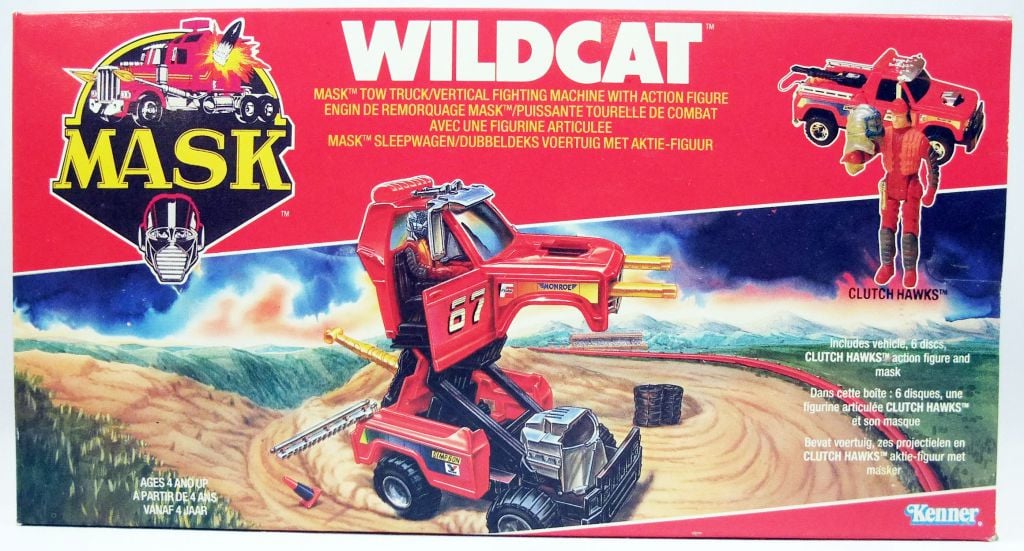 Another toy from 1987, this Wildcat is based on Clutch Hawks’ beloved vehicle from the M.A.S.K. TV show. It can switch between a tow truck and a spectacular weapons-loaded race car.

The best offer for this vintage toy was £1,113.49, or about $1,400 in US dollars. Hailing from New Jersey, it featured on eBay as a factory-sealed model with the original price tag still attached. 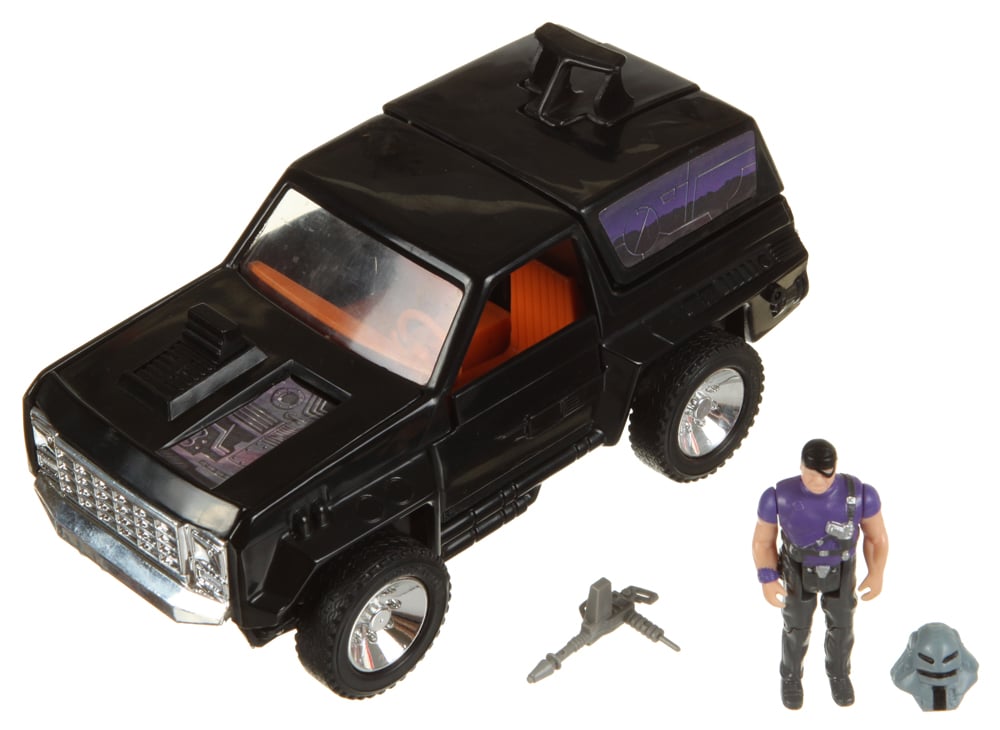 This jet-black vehicle appeared in the very first M.A.S.K. episode, named The Deathstone, on September 30, 1985. In both the TV show and collectibles, Jackhammer is usually accompanied by pilot Cliff Dagger.

Jackhammer sold for $830.30 in April 2022, thanks to a bidding war between 38 international fans. Its seller is located in Juana Diaz, Puerto Rico. 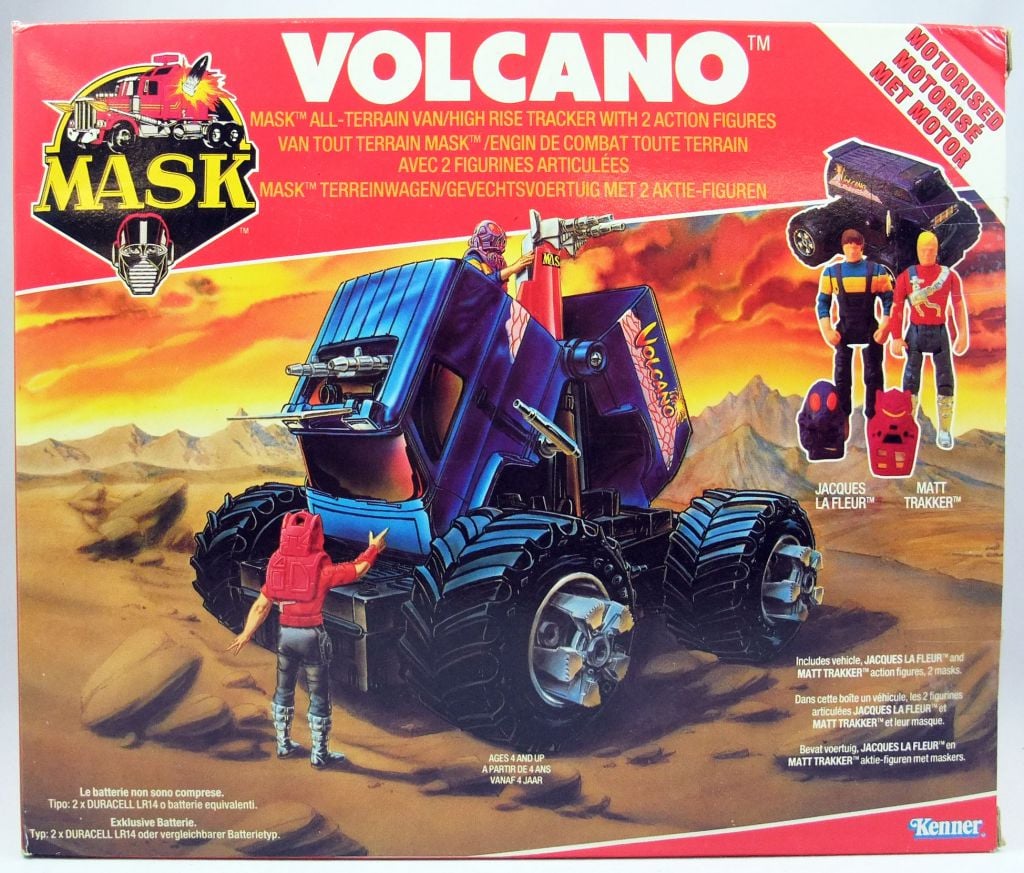 In the 80s TV show, Volcano is the favoured vehicle of Jacques LaFleur, a M.A.S.K. agent with a thick Canadian French accent. LaFleur wears the Maraj Mask, which creates its own invisible force field to fend off attackers.

The Volcano van itself is an all-terrain vehicle that splits in half to reveal weapons. Volcano has sold for $799.99, in mint condition and in an unopened box, in the past. 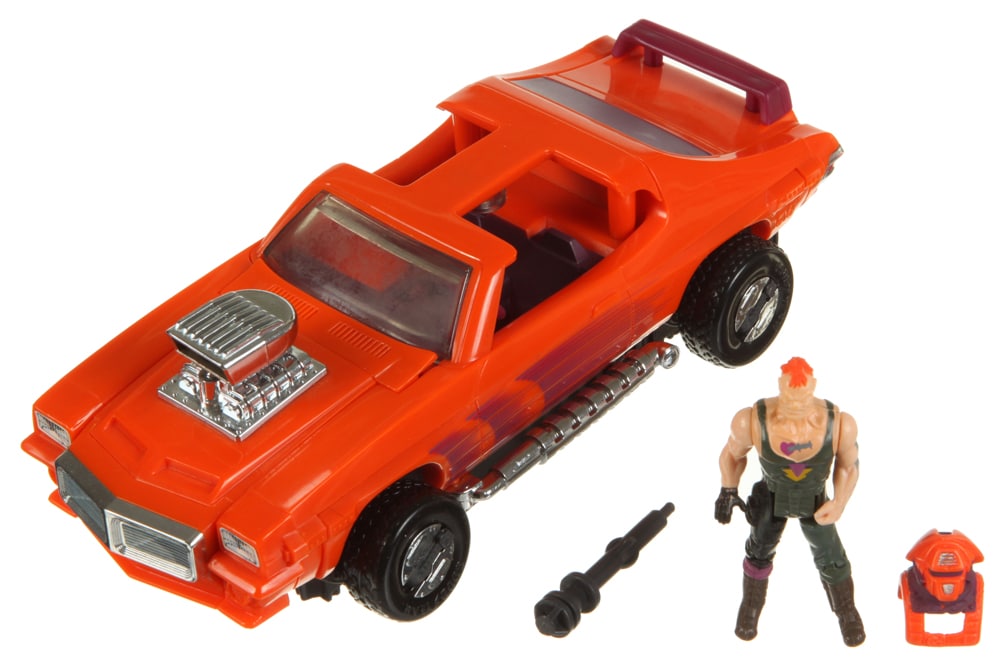 Also known as Scorpion, Stinger belongs to V.E.N.O.M. and is driven by Bruno Sheppard, a violent figure with an orange mohawk. Stinger can transform from a Pontiac GTO to a tank.

Among the more expensive sales of Stinger was a March 2022 deal. A seller in Savannah, Georgia made $625 from this vintage toy. 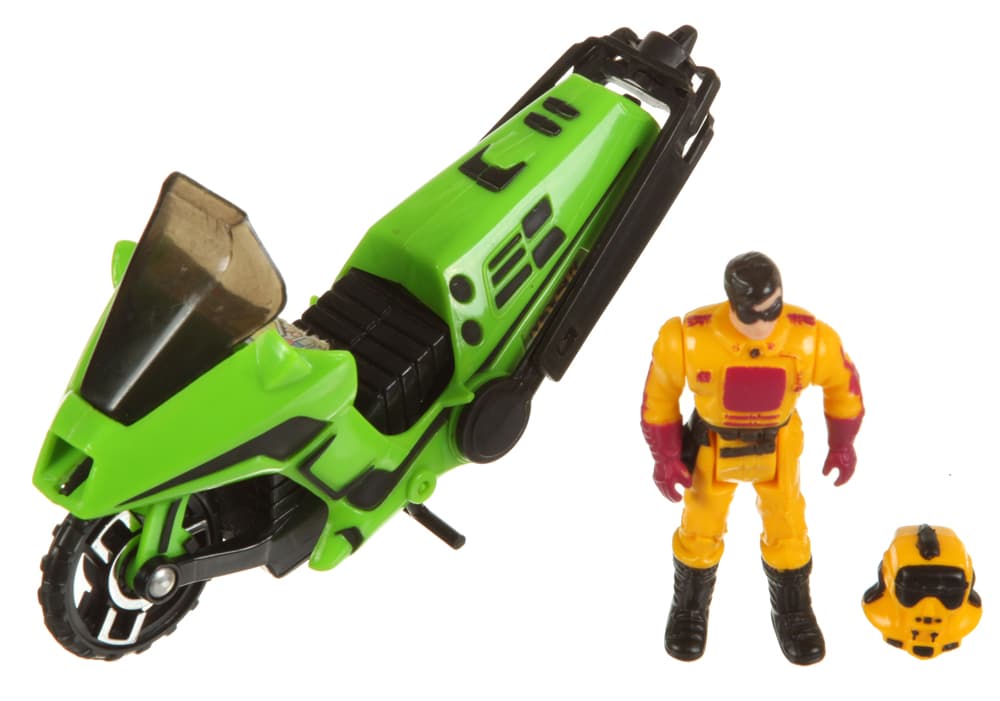 One of the smaller toys on this list, Condor is an assault vehicle typically driven by Brad Turner. It is a bright green motorcycle that can transform into a one-man helicopter.

One seller in Missouri secured 41 bids for the toy in March 2022. The highest offer ultimately reached an impressive $620. 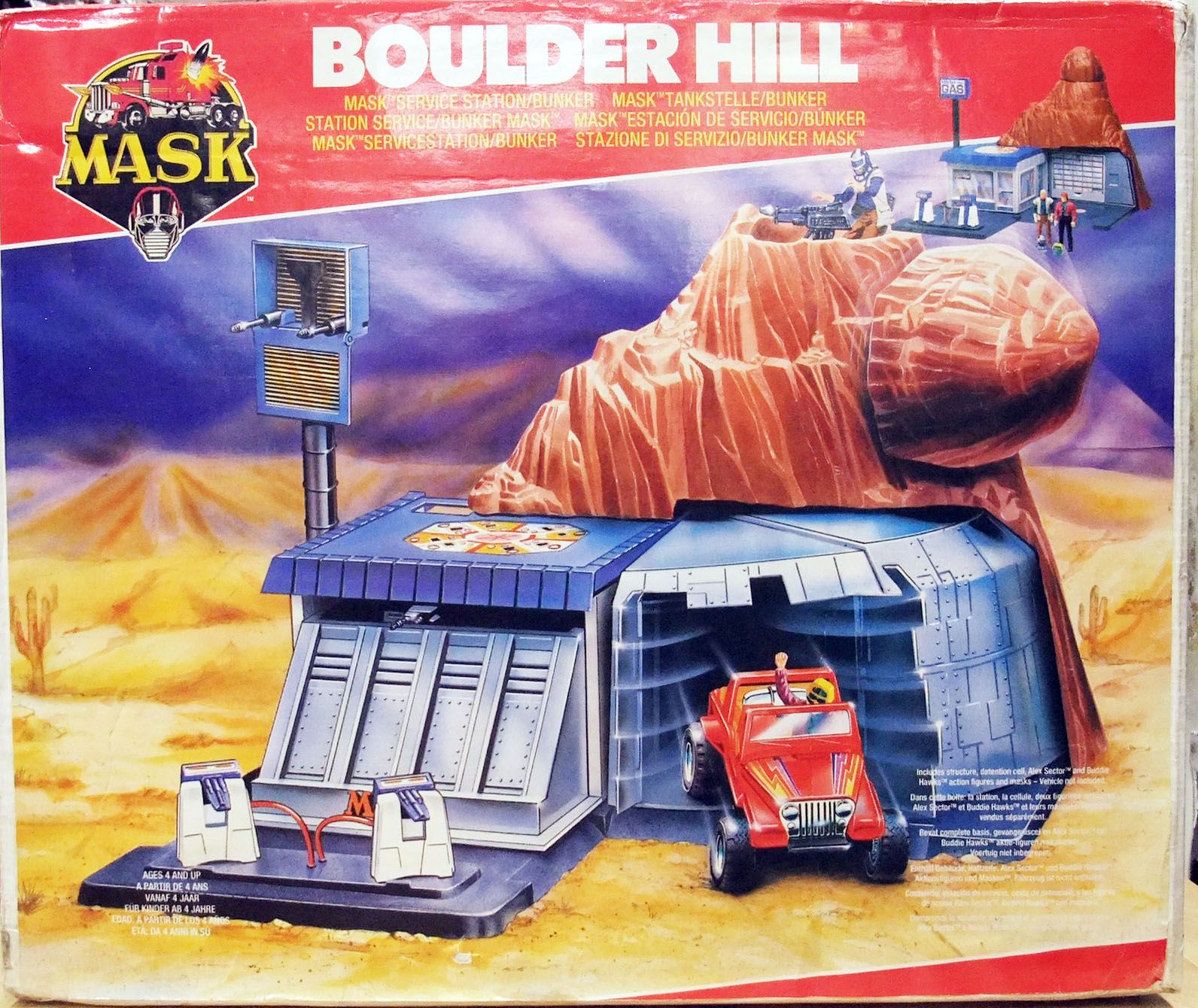 The Boulder Hill playset depicts the remote gas station that covers the secret entrance to M.A.S.K.’s headquarters. It features hidden cannons in case of an attack.

Boulder Hill made a total of $649.99 in one eBay sale, despite being in a used condition. “Complete in AMAZING Condition with a VERY Nice Box and EXTRA Original Hoses and extra Paper inserts as well with the Original Instructions,” the advert read. 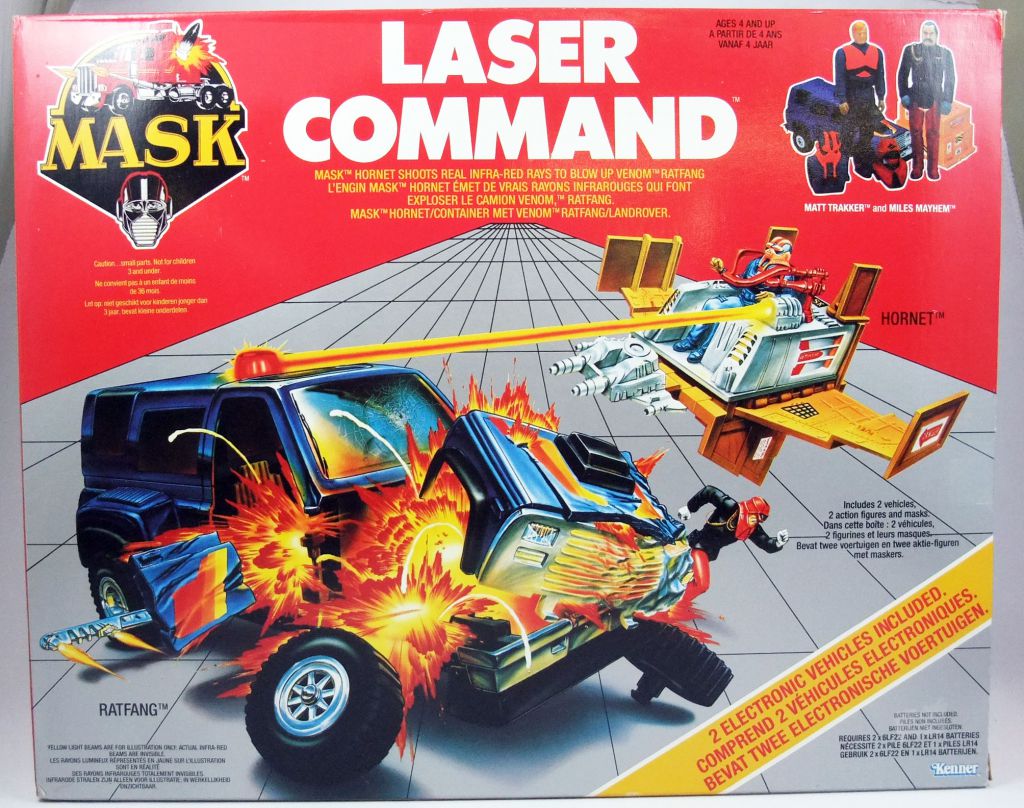 The Laser Command playset included a blue vehicle that transports Hornet, an attack glider that collapses into innocuous crates. Perhaps surprisingly, this toy has managed to reach impressive prices even when it isn’t in immaculate condition.

“It does look like to me that the front bumper may have a small broken tab as pictured,” one seller warned. “Other than this flaw things are in very nice used condition.” It sold for $749.99 in 2022.