Martin Sheen Hid His Spanish Heritage. Now He Embraces It

It isn’t unusual for actors to adopt stage names. The man we know as Martin Sheen, however, calls his showbusiness moniker “one of my regrets”. Best known for playing all-American joes in the likes of Apocalypse Now and Wall Street, and for playing an Irish-American President in TV’s The West Wing, Sheen was in fact born Ramón Antonio Gerardo Estévez.

Born and raised in Ohio to a Spanish father and Irish mother, the future Martin Sheen never learned to speak Spanish – and when he adopted his Americanised stage name at the beginning of his acting career, professionally Sheen only benefitted from concealing his Hispanic heritage. Legally, though, Sheen never stopped being Ramón Estévez, and in recent years he has come to embrace his Spanish identity. 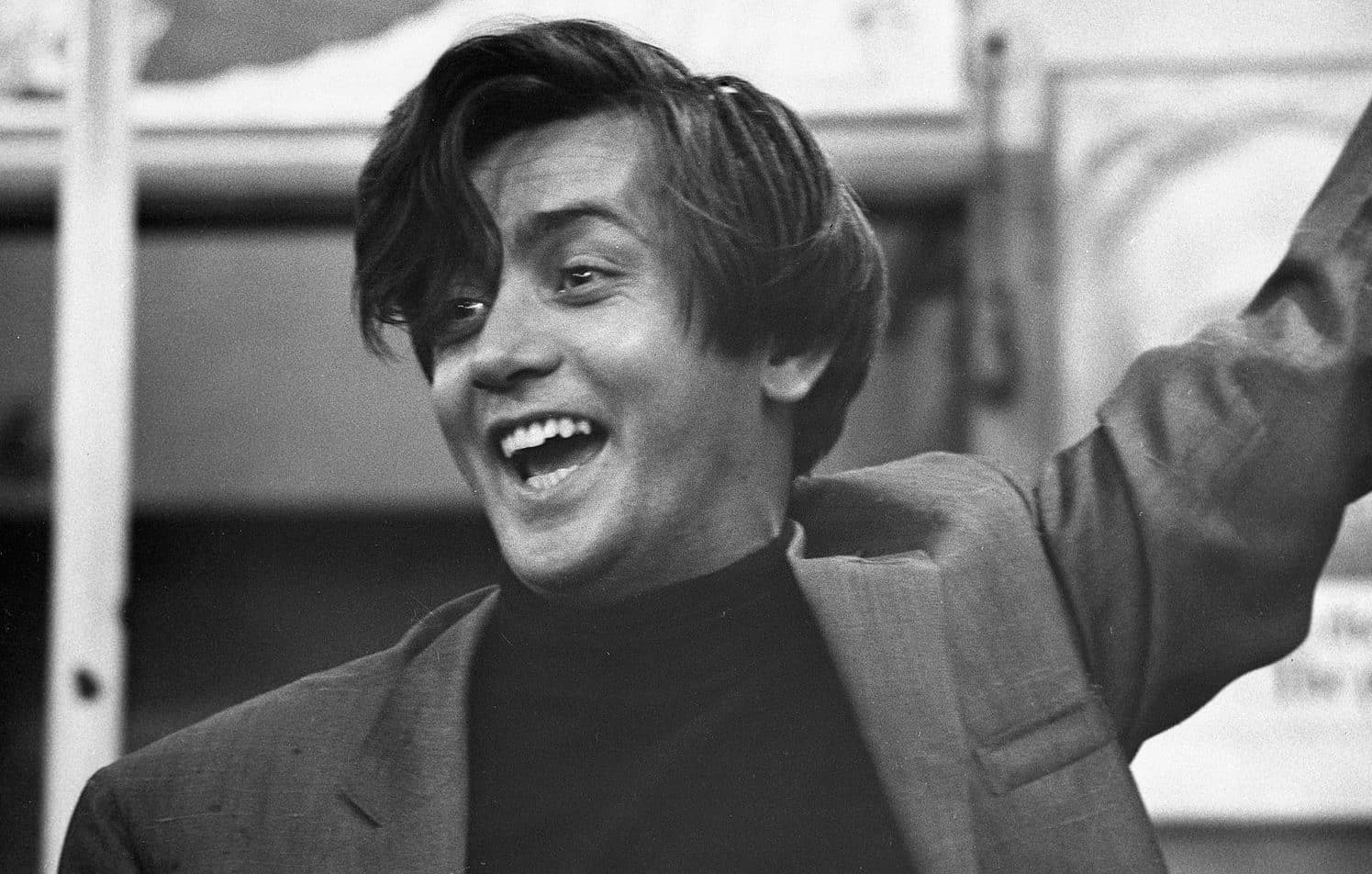 Martin Sheen’s parents were both immigrants. His mother, Mary-Ann Phelan, came from Tipperary, Ireland, from a family closely associated with the IRA. Sheen explains, “[her family] saw a civil war coming in 1922, and they sent Mother to the United States… so she came to stay with this cousin in Dayton.”

It was in Dayton, Ohio that Mary-Ann met Francisco Estévez Martínez, a native of Galicia, Spain who had fled to America several years earlier to escape poverty. After spending time in Cuba and Miami, Francisco came to Dayton to work, and after falling in love with Mary-Ann the two became US citizens together. According to Sheen, his mother taught his father to speak English.

Francisco and Mary-Ann would have ten children (plus two pregnancies which did not make it), and when Sheen arrived on August 3, 1940 he was their seventh son, as well as being the first Estevez born in the US (the family had moved around a lot, from Colombia to Ireland and Bermuda, before returning to Dayton before Sheen’s birth). Despite the family’s Spanish heritage, Spanish was not spoken in their household, and Sheen never learned the language growing up. 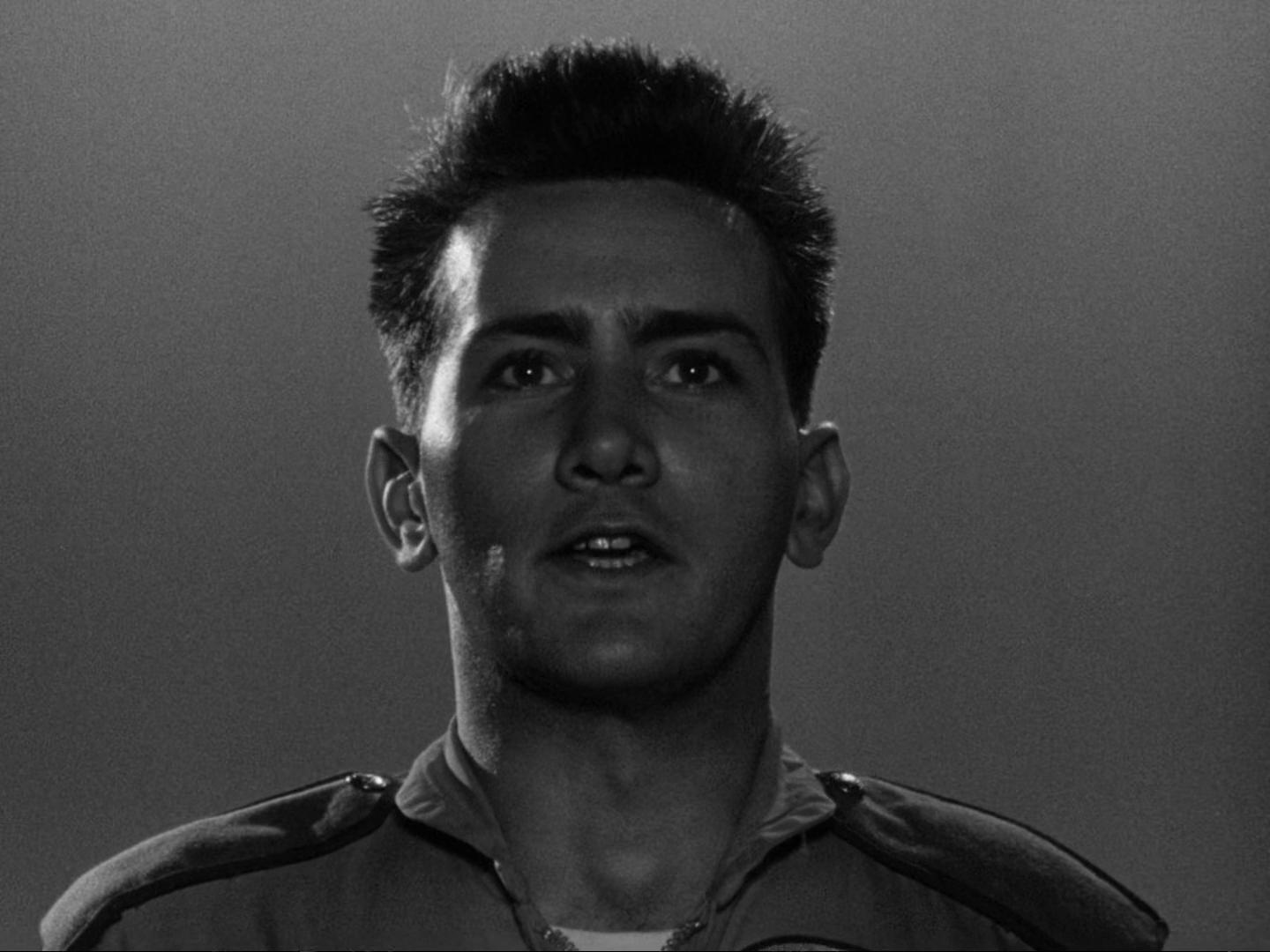 Sheen endured his share of hardship as a kid. Complications during childbirth would leave him with a left arm three inches shorter than his right in adulthood; he spent a year bedridden from polio; and his mother passed away when he was just 11, which almost resulted in Martin and his siblings going into foster care.

Passionate about acting, Sheen decided to move to New York to pursue a career in 1959. He found his first work with the groundbreaking experimental theatre company The Living Theatre, for whom he worked as “a stagehand and general understudy” before being given his first professional role in 1960, aged 20.

However, the young aspiring actor soon found that the same problem kept coming up: his Spanish name. As Sheen explained to The Guardian in 2011, “It’s difficult enough trying to get started as an actor, and my name kept throwing people – they couldn’t pronounce it. I thought, ‘I’ve got enough problems, I can’t be bogged down with this name.'” Sheen expounded on the matter in a 2012 interview, explaining, “When I came to New York in 1959, there was a great prejudice against Hispanics, largely against the Puerto Rican community that I adored. I felt very much a part of the Hispanic community. But my look, they were telling me, was Irish. OK, I said, well I’ll try this name.”

Ramón Estévez became Martin Sheen, the actor taking this assumed name from two individuals: Robert Dale Martin, a casting director at TV network CBS who helped the young actor get his first screen work; and the televangelist Fulton J. Sheen, who the actor thought had a “great look and was very intense… so I put the two names together, thinking if they didn’t work, I’ll try another two names, who knows?”

As it turned out, the name Martin Sheen served Ramon Estevez well. Throughout the 1960s, he built up a respectable body of work under the Sheen name, appearing in hit TV shows including The Outer Limits, Flipper and Mission: Impossible. By the end of the decade, Sheen broke into film, and landed his first major leading role in 1973’s Badlands. 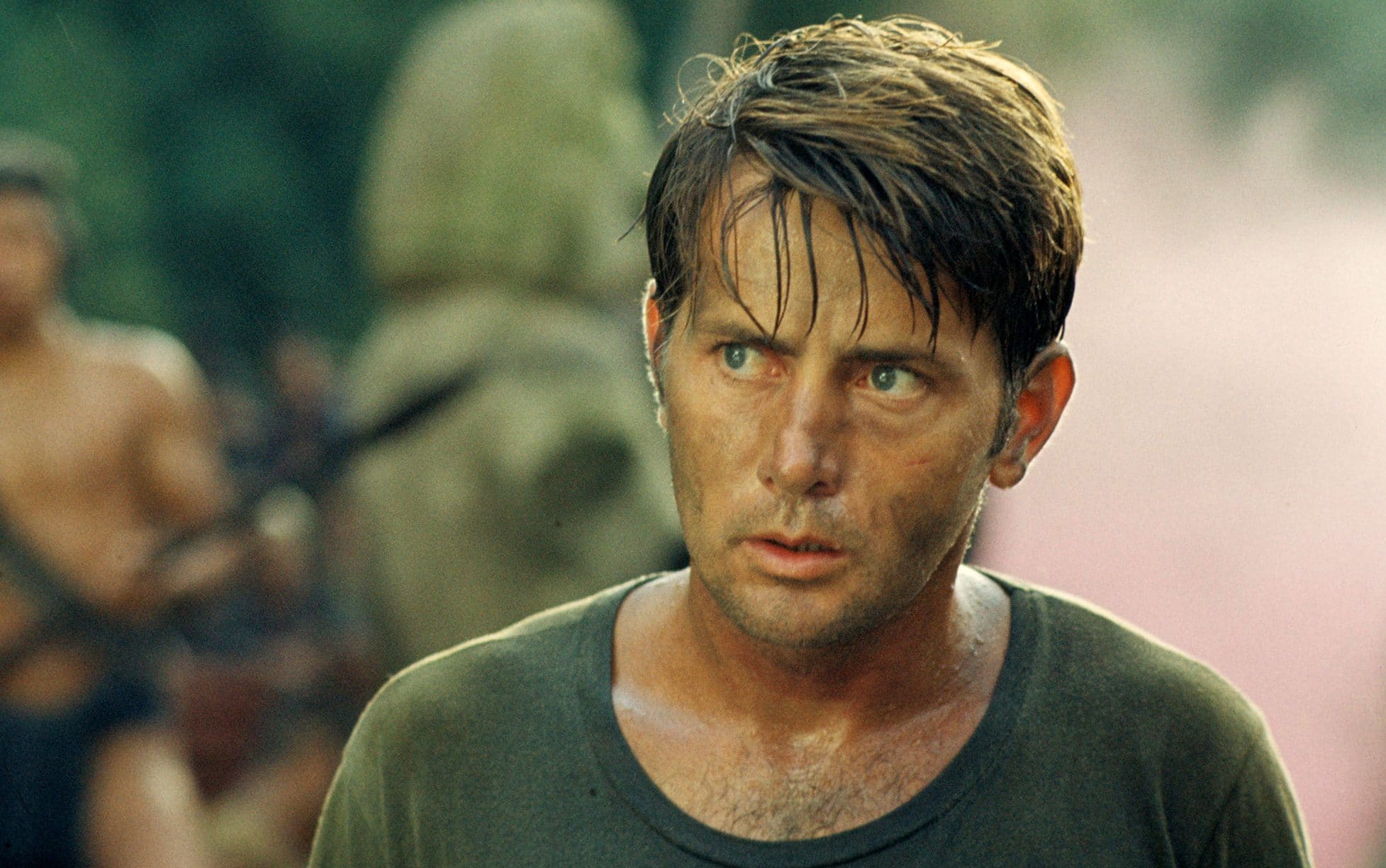 Soon, Martin Sheen was established as one of the biggest actors of his generation, paving the way to his casting in 1979’s seminal Apocalypse Now. Even so, despite using an anglicised name and only taking non-Hispanic roles, Sheen was (and is) still legally known as Ramón Estévez.

In more recent years, the actor says that adopting the Sheen stage name is “one of my regrets”, while admitting on Inside the Actor’s Studio, “I knew it bothered my dad” (Francisco died in 1974).

Sheen explains, “I never changed my name officially. It’s still Ramón Estévez on my birth certificate. It’s on my marriage license, my passport, driver’s license. Sometimes you get persuaded when you don’t have enough insight or even enough courage to stand up for what you believe in, and you pay for it later.”

To this end, when Sheen’s own children (fathered with Janet Templeton, who he wed in 1961 and is still married to) decided to follow him into acting, he advised them to keep their birth names. His eldest child, Emilio Estevez, heeded his father’s advice, despite pressure from agents to do otherwise. 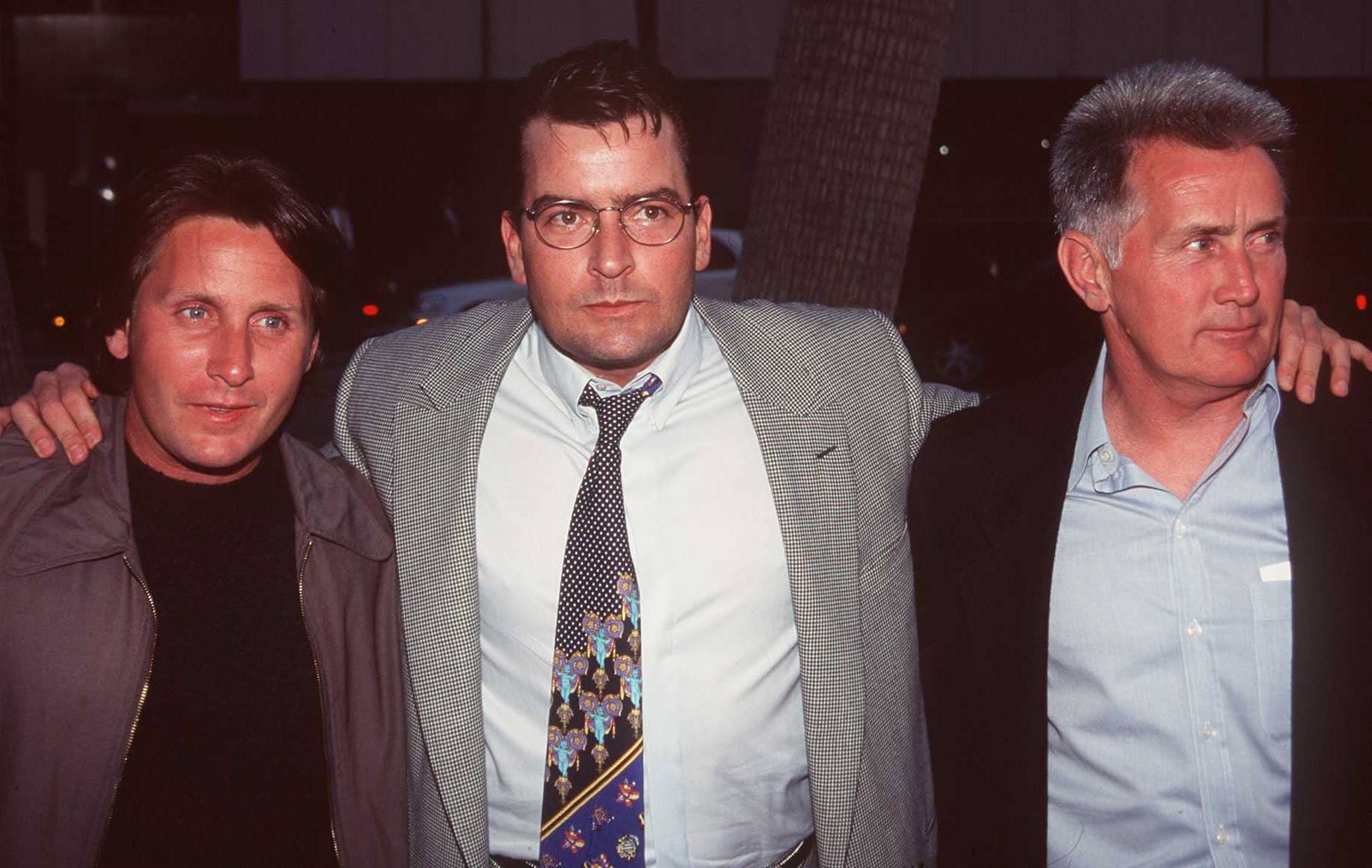 Emilio recalls being advised to go with Sheen on the grounds of it being “a brand name, it’ll be a lot easier for you, plus you don’t look Hispanic’… So my first series of headshots I got printed up [had] the name ‘Emilio Sheen’ at the bottom. And I looked at it and went, ‘that is so stupid.'”

Emilio says his father “really implored” him not to change his name; “he said, ‘don’t make the same mistake I did’… so I stayed with the family name.” Emilio’s younger siblings Ramón (named for their father) and Gabrielle also kept the surname Estevez as actors, but their brother Carlos did not, enjoying huge fame – and in later years, infamy – under the professional name Charlie Sheen.

In the past two decades, Martin Sheen’s most prominent work has included TV’s The West Wing and Grace and Frankie, and supporting roles in the hit movies The Departed, The Amazing Spider-Man and Judas and the Black Messiah. While he continues to use his professional name, Sheen is less shy about his Spanish heritage nowadays. The actor has appeared in commercials for Spain’s tourist board and public appeals for Hispanic causes, introducing himself in Spanish as “Ramón Estevez, aka Martin Sheen.” 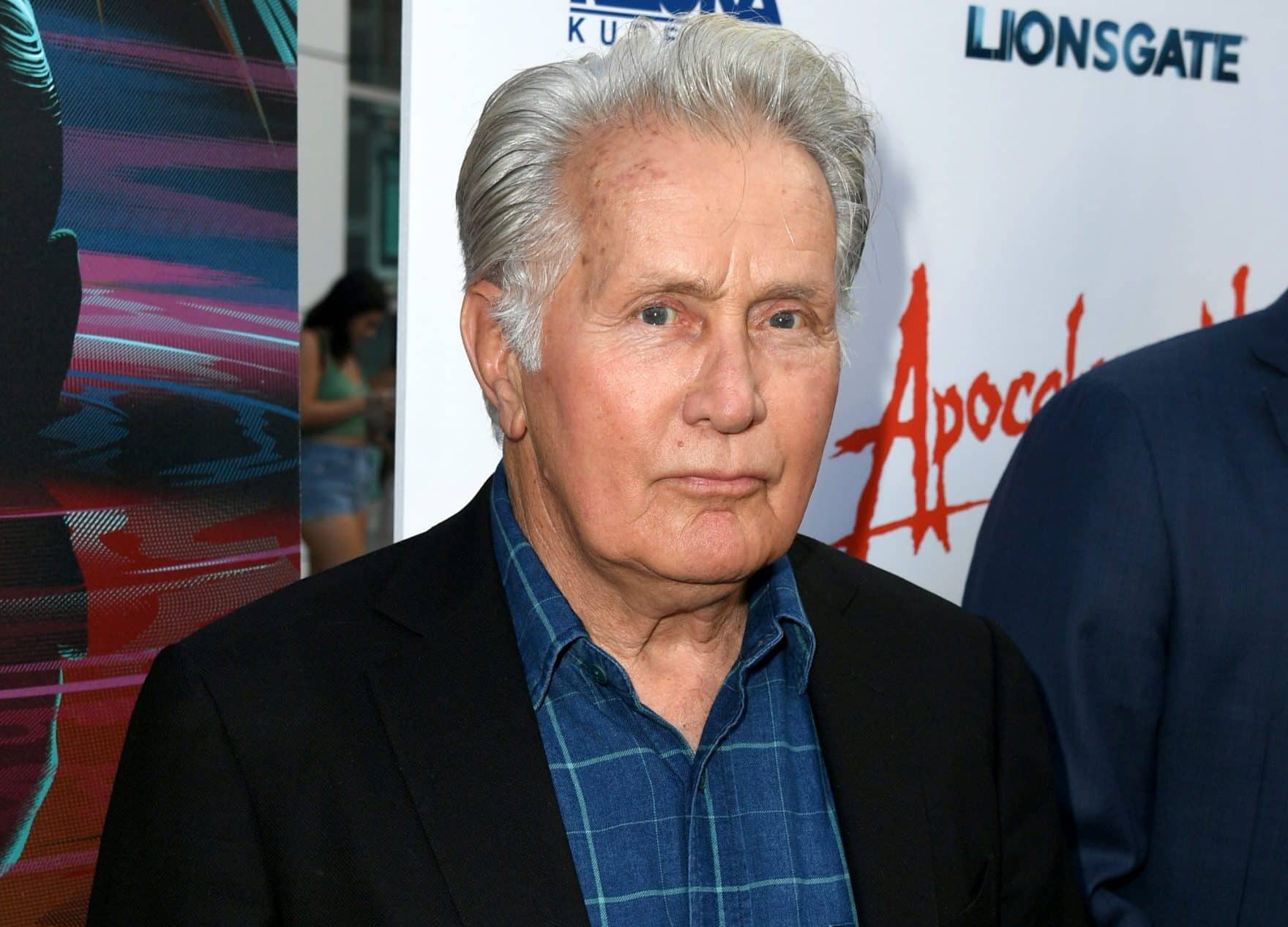 The actor also explored his Spanish heritage in 2010 film The Way, which his son Emilio Estevez wrote and directed in homage to Sheen’s father. The film follows Sheen’s character on a pilgrimage to Santiago de Compostela, Galicia, where the Estevez family originated; Sheen has called the film “the best thing I’ve ever done… a great source of satisfaction and pride.”

Sheen has also since spoken Spanish in some of his films, including 2009’s The Kid: Chamaco and 2016’s The Vessel. As he is still not fluent in the language, the actor admits that on The Kid: Chamaco he “had to learn my lines almost rote for the movie. Luckily, the kids in Mexico were so sweet and supportive. They would correct my pronunciation for me.”