The Oscar-Winning Life And Tragic Death Of Lisa Blount

For all the up-and-coming film actors who very nearly hit the big time in the 80s, one of the saddest stories is that of Lisa Blount. After breaking through with a Golden Globe-nominated supporting turn in 1982 smash hit An Officer and a Gentleman, the Arkansas-born Blount looked set to hit the next level of big-screen stardom.

Blount’s on-screen career, however, never quite took flight. She made strides behind the camera later in life, winning an Academy Award in 2002 for Best Short alongside husband Ray McKinnon, but persistent health issues ultimately took her life not long after.

Behind the scenes, Blount suffered from idiopathic thrombocytopenic purpura, a rare blood disorder. Complications from the condition would end Blount’s life when she was only 53, with the Oscar winner found two days after she had died, her phone still helplessly clutched in her hand. 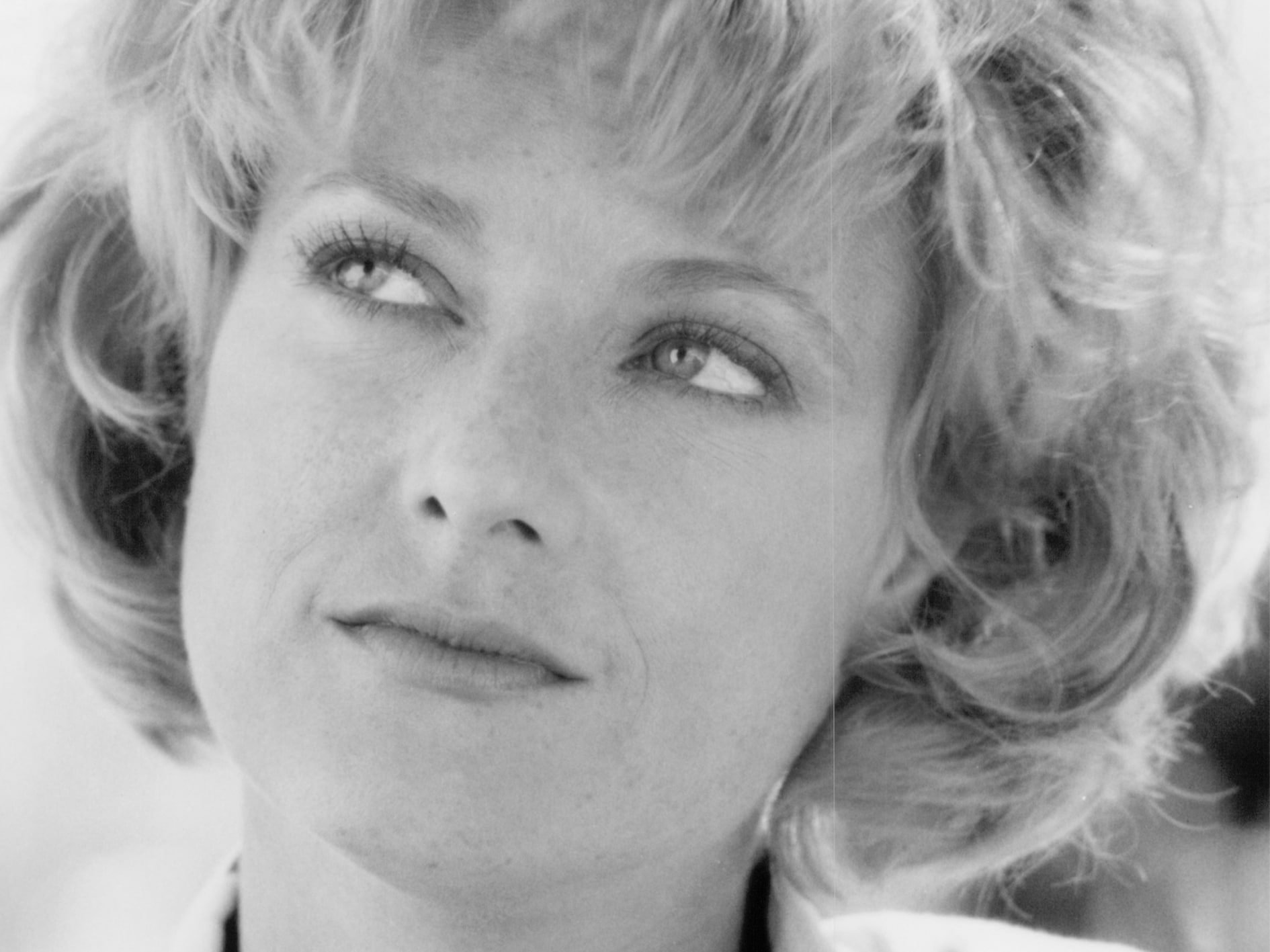 Lisa Blount was born on July 1, 1957. Starting out as an actress in her native Arkansas, she relocated to Los Angeles by the turn of the 80s to pursue film acting. Her big break came with the role of Lynette Pomeroy, a friend and co-worker of Debra Winger’s Paula Pokrifki in 1982’s An Officer and a Gentleman.

The romantic drama proved a massive hit earning over $190 million at the box office, helping establish Winger and leading man Richard Gere as two of the hottest stars of the time, and landing Louis Gossett Jr a Best Supporting Actor Oscar.

Blount also caught the attention of audiences; the actress’s friend Lorraine Devon Wilke would later write, “one only has to say ‘Way to go, Paula!’ to know who Lisa Blount is.” 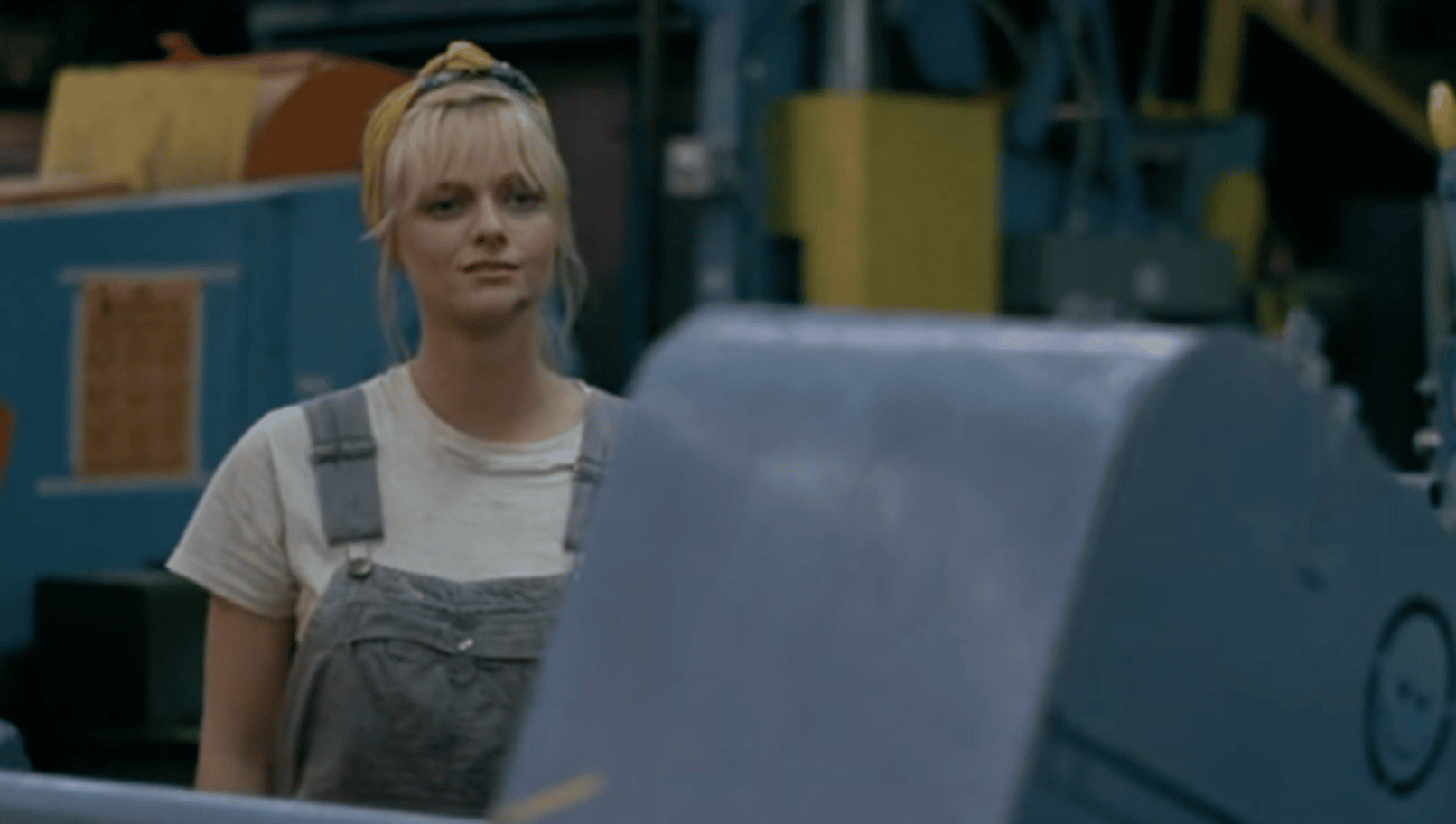 Blount won significant praise from the Hollywood establishment for An Officer and a Gentleman: her performance saw her nominated for New Star of the Year – Actress at the Golden Globes. (She lost out to Sandahl Bergman for Conan the Barbarian, who proved to be the last New Star winner as the award was discontinued thereafter.)

In the years that followed, Blount appeared in a number of TV movies and comparatively B-grade features such as What Waits Below, Cut and Run, Radioactive Dreams, Nightflyers and John Carpenter’s Prince of Darkness. These films, along with her earlier role in 1981 horror Dead & Buried, earned Blount a degree of recognition among horror aficionados. 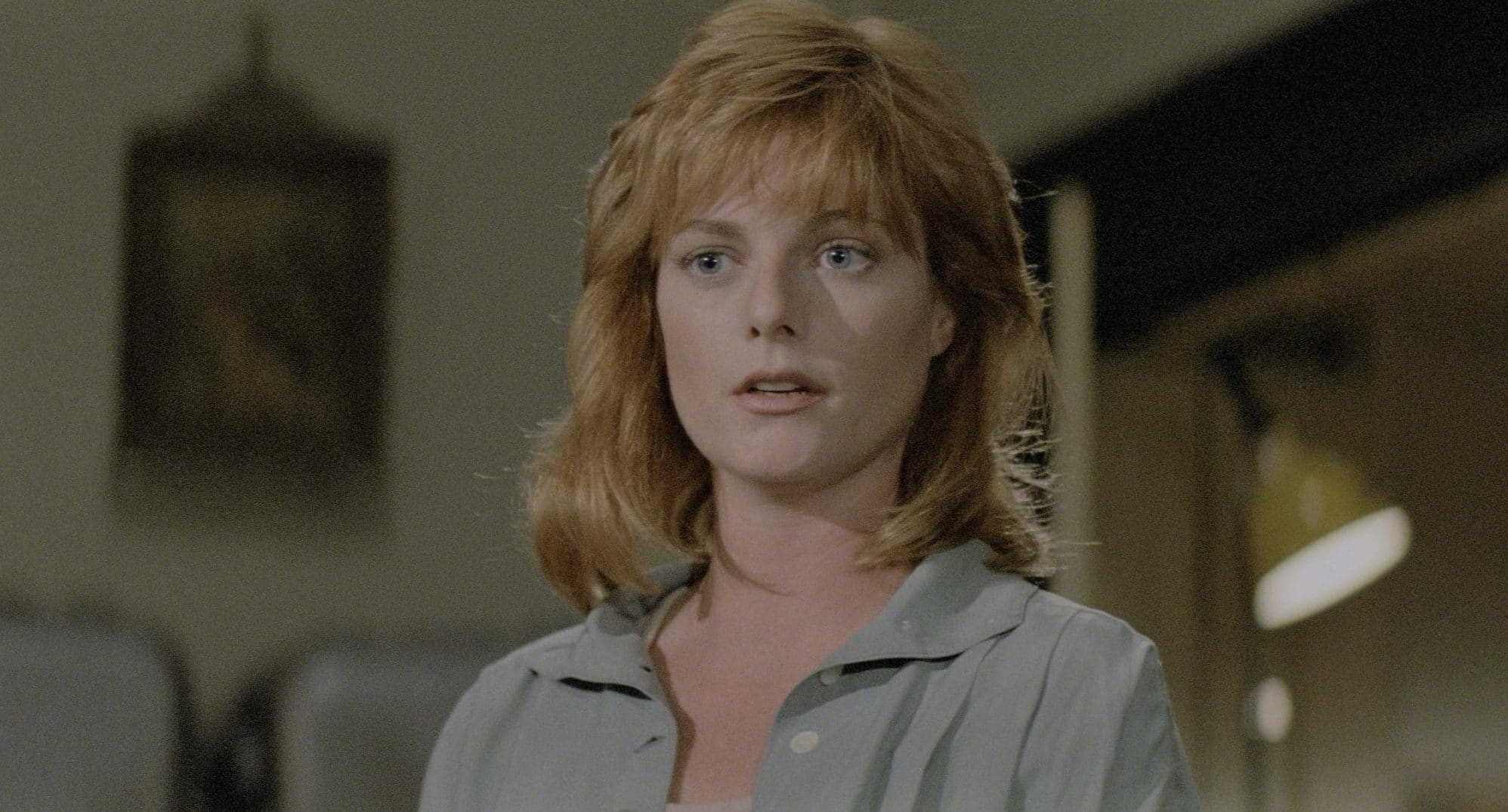 It was on another horror movie, the 1993 adaptation of Stephen King’s novel Needful Things, that Blount met Ray McKinnon. Like Blount, McKinnon was also a southerner hailing from Georgia, and the actor has hinted that their similar backgrounds helped them bond, noting his mother had sent him a package of mustard greens and Blount’s mother had sent her pepper sauce.

Blount and McKinnon would marry in 1998 (Blount had been married once before, to Christopher Tufty). Eventually, the couple decided to leave Los Angeles and head back to Blount’s home state of Arkansas, settling in Little Rock, where they set about pursuing new creative avenues.

McKinnon was keen to write and direct, so with Blount serving as producer they made their own independent short film, 2001’s The Accountant, in which McKinnon took the lead alongside Walton Goggins (who also co-produced). The 35-minute film was met with an enthusiastic response, and wound up being named the Best Short Film of the year at the Academy Awards, making Blount an Oscar-winning producer. 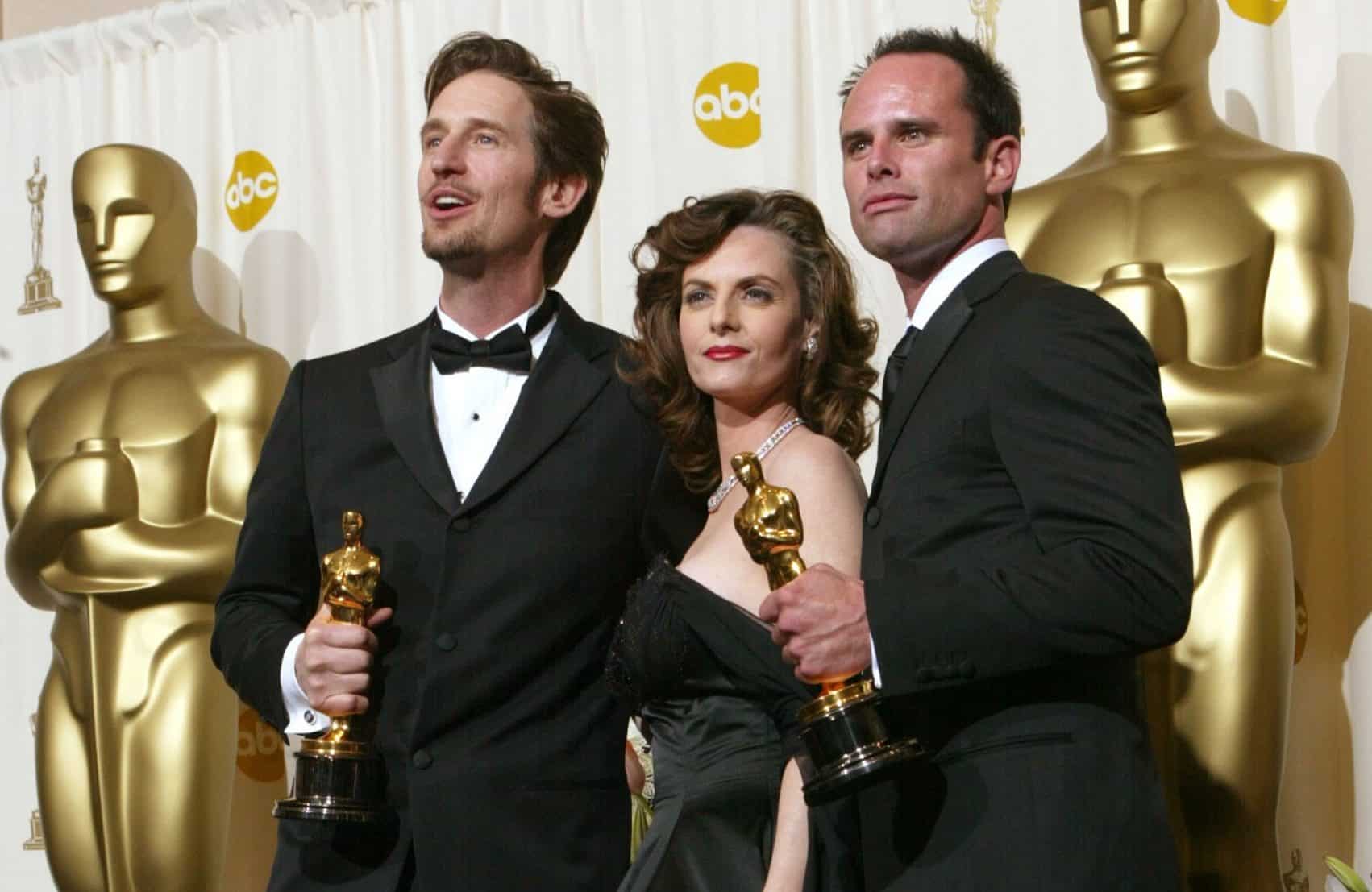 Blount and McKinnon went on to make two feature films, 2004’s Chrystal and 2007’s Randy and the Mob, both of which were written and directed by McKinnon with Blount both producing and taking lead roles. However, these proved to be Blount’s final credits in her lifetime. Unbeknownst to many, she had for some time been struggling with health problems that made working difficult.

Lorraine Devon Wilke explains that, whilst following an intensive workout regimen in the early 90s, Blount “tore the muscle off her right scapula in what she thought was a forgettable injury.” Though it may have seemed negligible at first, over time Blount faced “growing and excruciating pain in her back.”

After extensive tests, it was determined that Blount had suffered permanent nerve damage, which doctors told her would mean “intractable pain.” Matters were complicated further by Blount’s underlying blood disorder; according to her mother Louise Blount, “[Lisa] was limited to what [medication] she could take because she had a rare blood disease… she wouldn’t take aspirin because it would bring the blood to the surface of the skin.” This illness, according to Blount’s mother, “was one reason she moved back here Arkansas from Los Angeles, because of her health. She’d had some surgeries and it was really, really excruciating pain… I’ve seen her in such pain.”

Even so, Blount kept working right up to the end. She appeared alongside Mary Steenburgen, John Hawkes and Haley Bennet in Outlaw Country, a pilot for a TV series (ultimately broadcast as a TV movie in 2012). After completing work on this, Blount returned home to Little Rock; McKinnon was away on an acting job at the time.

Tragically, Blount died alone. Her mother found her at home on October 27, 2010, after her multiple phone calls to Blount went unanswered. The coroner, who declared the death was of natural causes, ruled that Blount had already been dead for two days. Louise noted, “We think she died very sudden. She had her phone in her hand and her bed was not disturbed.” 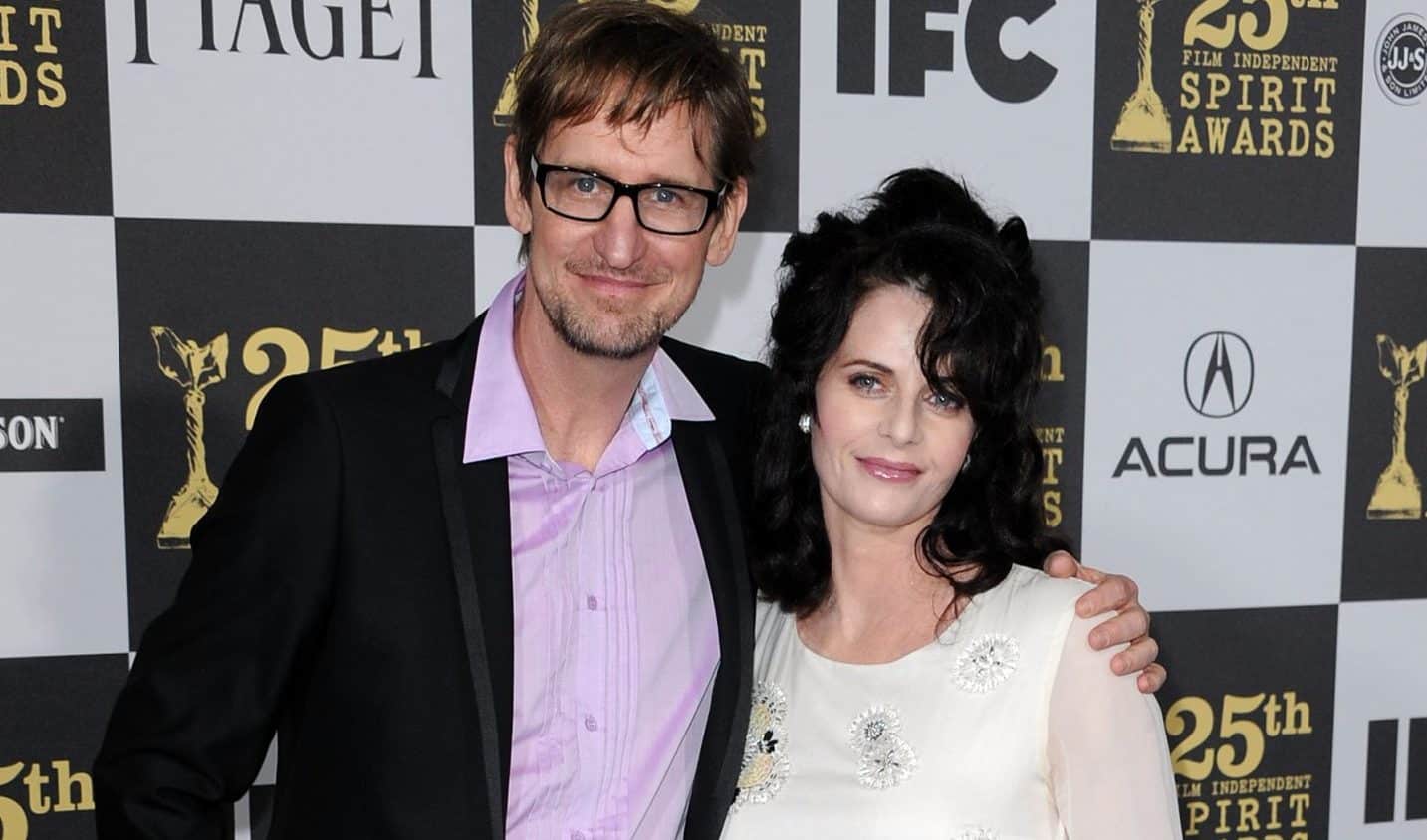 Blount’s widower Ray McKinnon (with whom she had no children) has not spoken publicly about his tragic loss. Happily, he has gone on to enjoy more success both as an actor, with roles on TV’s Sons of Anarchy, Mayans MC and Fear the Walking Dead, and as a writer, director and producer on TV’s Rectify.

Sadly, despite Blount’s body of work and Oscar win, she was forgotten in the Academy Awards ‘in memoriam’ segment in 2011. In response to this, Lorraine Devon Wilke wrote to her lost friend, “know that you are remembered. To those of us out here who loved you, shared your life and honored your work, you will always be remembered… as is and still loved.”