For Boyz n the Hood, for his Oscar-nominated performance as Ike Turner in What’s Love Got to Do with It, and for his roles (as Morpheus and the Bowery King, respectively) in the Matrix and John Wick franchises, today Laurence Fishburne is close to an acting institution. It all started for Fishburne, however, with a part in Francis Ford Coppola’s Vietnam War epic Apocalypse Now – a part he won despite being far too young to play it.

Starring as Tyrone ‘Mr Clean’ Miller, Fishburne was just 14 years old when he began filming Apocalypse Now, turned 15 during the lengthy shoot and was 18 when the movie finally went on release. How did the barely teenage Fishburne get the part of a Navy recruit in the first place? By convincing the acclaimed, Oscar-winning Coppola that he was years older than he actually was. 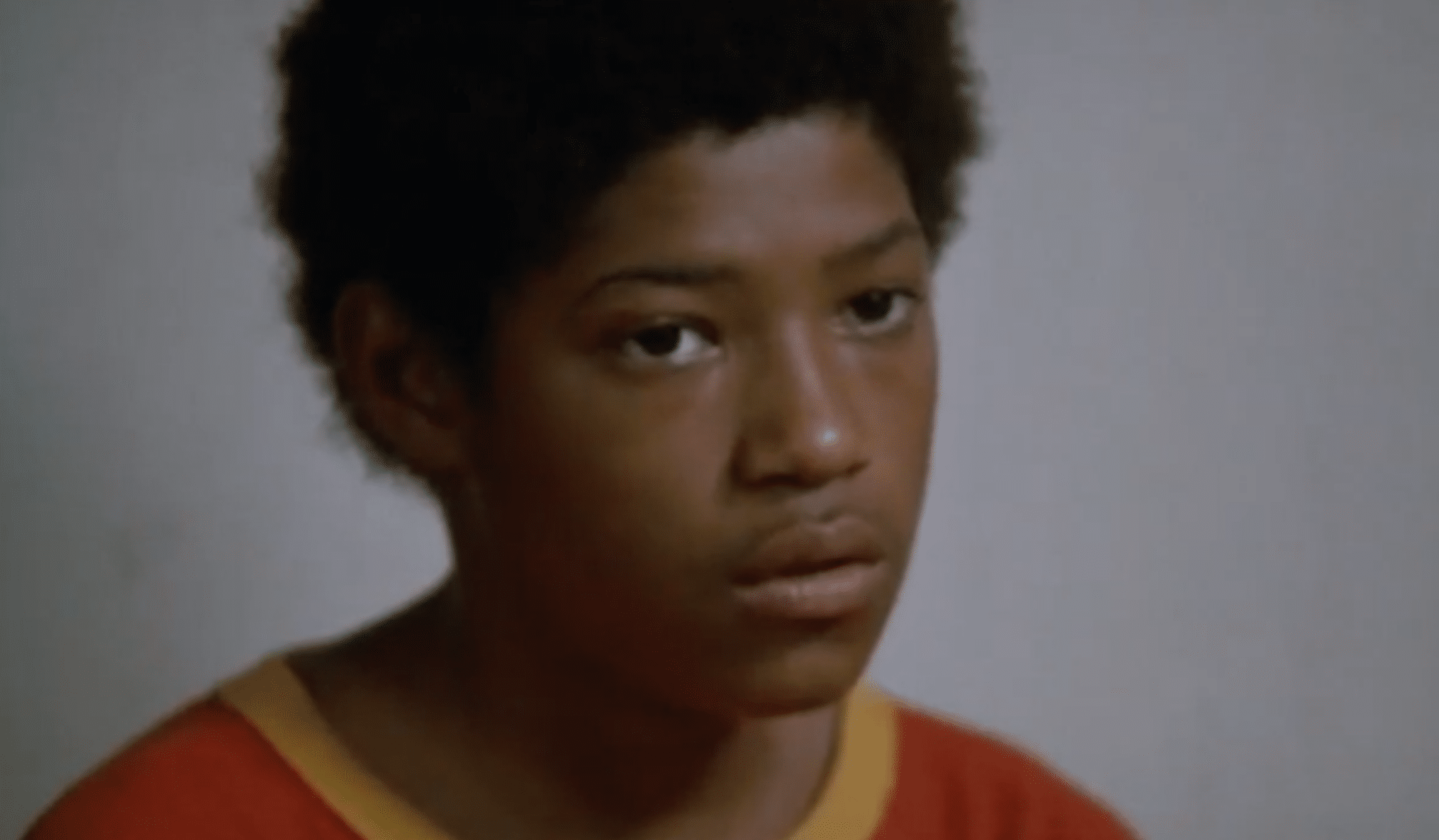 Laurence Fishburne III was born on July 30, 1961 in Augusta, Georgia. His mother Hattie worked as a school teacher, while his father was a juvenile corrections officer. His parents having divorced when he was young, Laurence was raised by his mother in Brooklyn, New York.

Fishburne dreamed of becoming an actor from an early age. “I found my passion when I was 10 years old,” he has said. “I had artistic goals more than anything else. I was inspired by certain performers and I wanted to carve out a career comparable to the people I admired: Mr Poitier, James Earl Jones, Peter O’Toole, Richard Burton.”

With the support of his mother and his godfather Maurice Watson, who was a drama professor, Fishburne was cast in his first role aged 11 in the teleplay If You Give a Dance You Gotta Pay the Band. He progressed to roles in the soap opera One Life to Live and the movie Cornbread, Earl and Me. 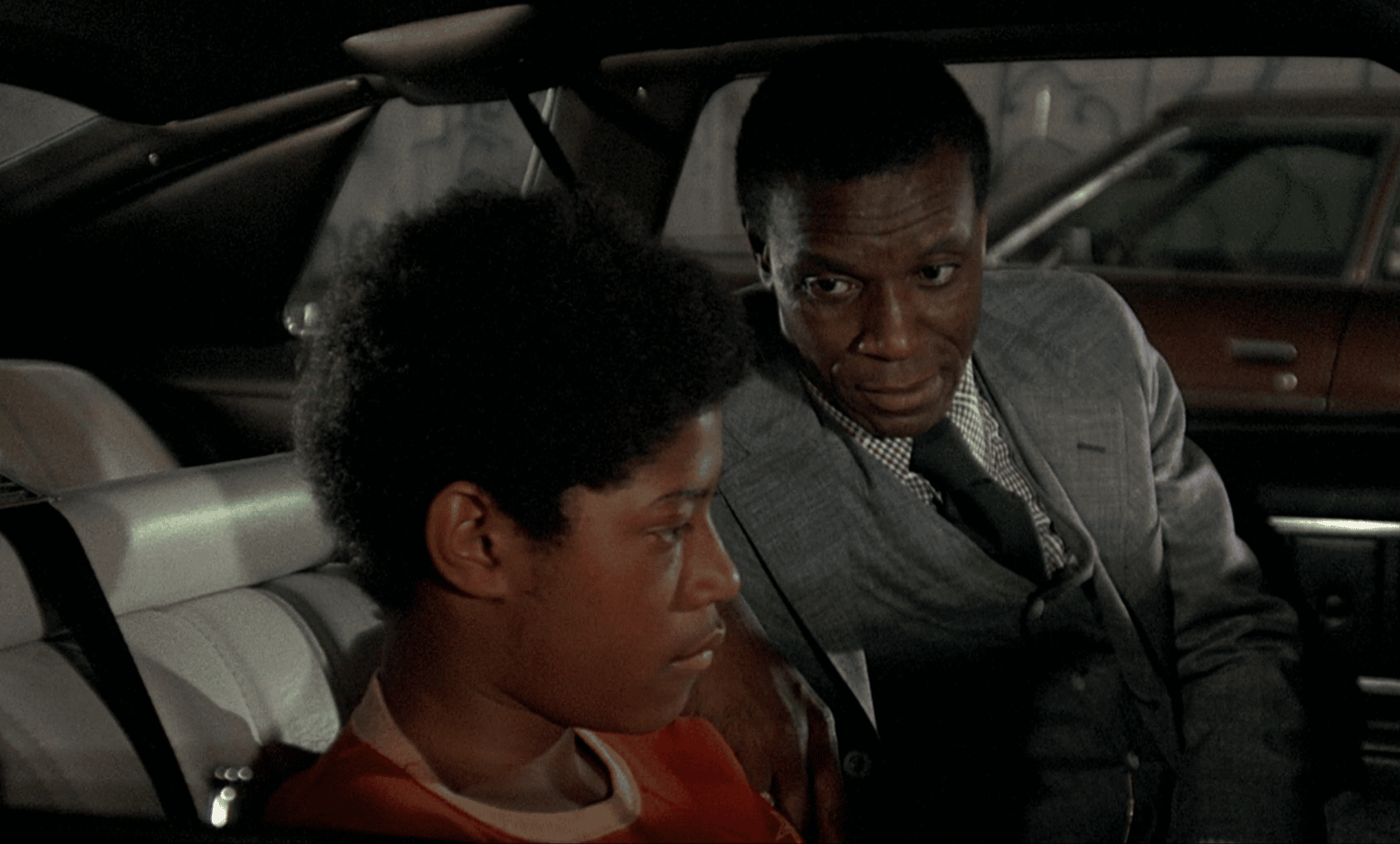 While his youthful talent shone in his early roles, Fishburne soon found his age to be a hindrance. He was eager to audition for Apocalypse Now, an epic war movie being developed by Godfather director Francis Ford Coppola, but the only parts going were American soldiers. And so Fishburne lied about his age at his audition.

According to Fishburne, Coppola was silent for most of his audition, which took place in New York. Meanwhile the producer Fred Roos – who recognised Fishburne from Gotta Pay the Band – quizzed him. Roos asked Fishburne which grade he was in and how old he was, and the 14-year-old Fishburne insisted that he was 16.

“Then this young woman comes in, a receptionist, and puts something on the desk,” Fishburne remembered in an interview with Harry Connick Jr. “And as she’s leaving, Francis finally speaks up and goes, ‘Hey hey hey! You think this kid could be 18?’ And whoever this young woman, God bless her, whoever she is, wherever she is, she said, “Oh yeah, sure!” And I think that’s how I got the job.”

Still, Fishburne never believed it was an entirely successful deception: “I think they knew, I don’t think I was fooling anyone.” Nevertheless, he soon began filming in Ida, Pagsanjan and Baler in the Philippines. 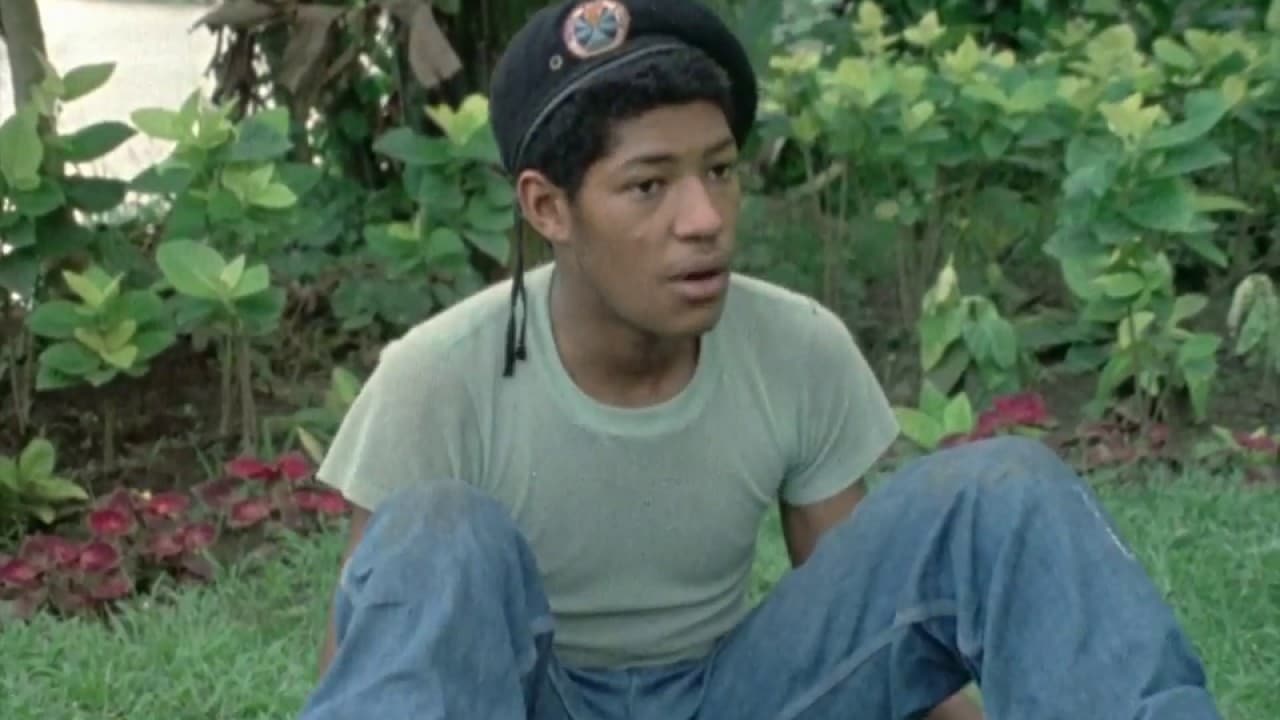 Apocalypse Now shot over a 14-month period, from March 1976 to May 1977, with production halting and restarting several times. In total, there were 238 days of filming. Fishburne, who was 14 when shooting began, turned 15 during the shoot and was almost 16 when the movie wrapped.

Through the trials and tribulations of the shoot – a civil war was ongoing in the Philippines at the time, and Typhoon Ida brought a halt to filming in 1976 as it destroyed large portions of the set – Fishburne bonded closely with his co-stars Marlon Brando, Robert Duvall, Martin Sheen, Frederic Forrest, Albert Hall, Sam Bottoms and Dennis Hopper.

In particular, Fishburne studied Hopper closely to learn more about the acting craft. “I had no idea who Dennis was,” he said in 2019. “I just followed Dennis around. Everything he does in Apocalypse Now is completely improvised.” 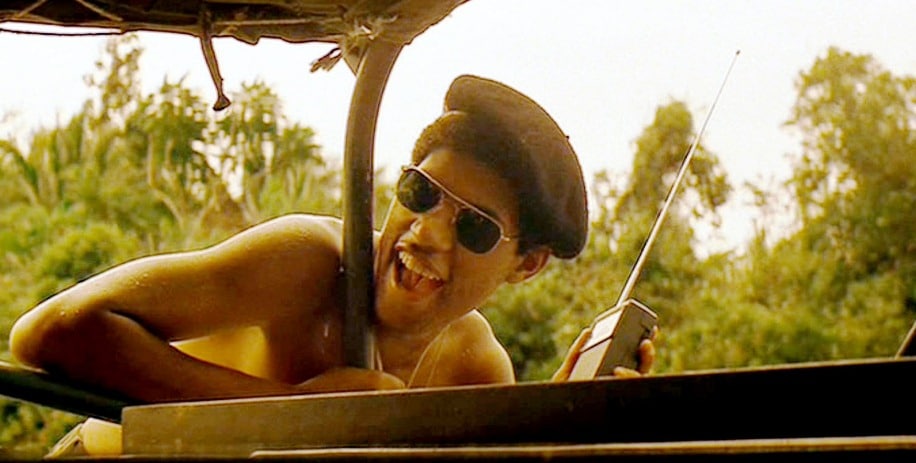 Behind the scenes, the actors’ families also spent time together and bonded. Fishburne’s mother Hattie would provide the voice of Clean’s mother in the movie. What’s more, while filming in the Philippines, Fishburne befriended Emilio Estevez, who was visiting his father Martin Sheen. (Estevez and Fishburne were only a year apart in age.)

At one point, Fishburne saved Estevez from drowning as the pair played together. “We were goofing off, we got in this boat and he jumped out because he thought he would push us out,” Fishburne has said. “And then he started to sink, and I just reacted and just grabbed him.”

“I have no recollection of it. For me, it’s always that way. All the best stuff I do, I don’t remember it,” Fishburne quipped. 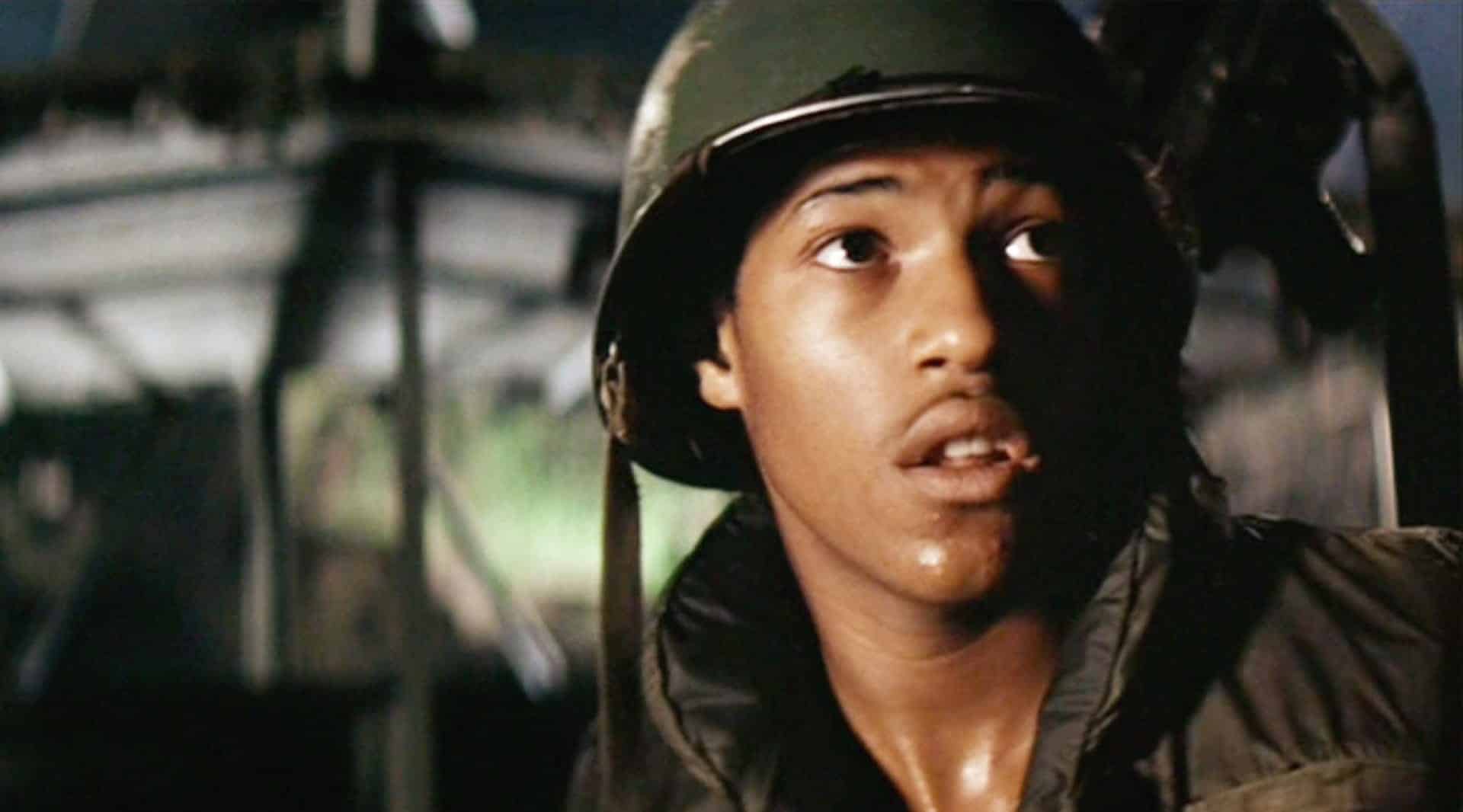 During filming, the movie’s biggest star Marlon Brando threw a party, with entertainments including a live band and a magic show. Still a young teenager, Fishburne sat alongside Brando and was enthralled as he watched a magician pull a live bird from handkerchiefs, as Fishburne later recalled. “I was like, ‘Wow! How did he do that?’ to Marlon, and he leaned in and said, ‘It’s bulls***.'”

At a 2019 screening of the film, Fishburne reunited with his former co-stars and expressed his gratitude for the friendships he made on-set. “You are my family, because this was the first time I left home,” he told them. “It really shaped me, this experience. As an artist, and as a human being, really… There’s no way I could ever really say enough to thank all of you, the way that you treated me and looked at me.” 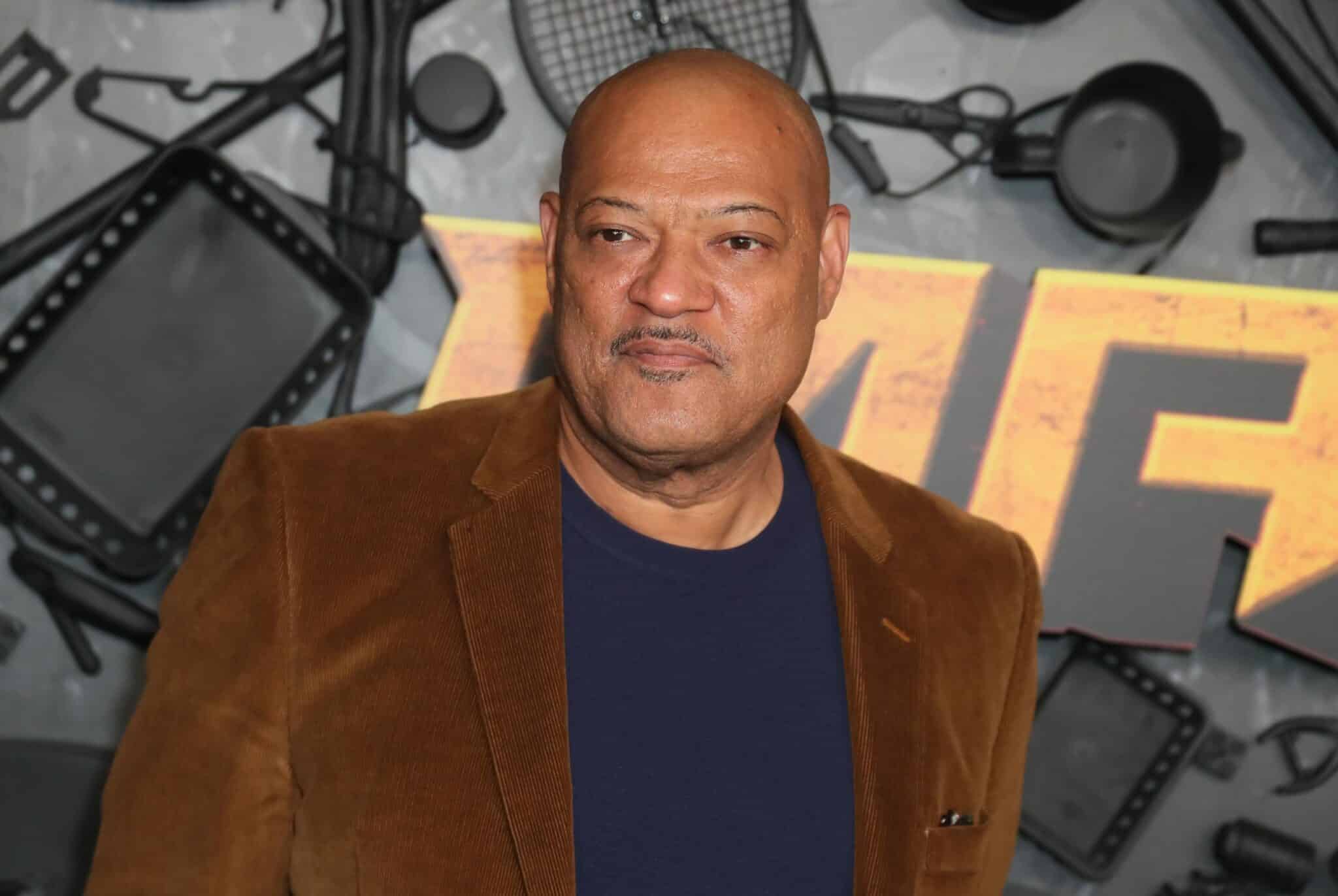 Fishburne went on to star in The Matrix (1999) as Morpheus, his best-known role to date. He has also starred in Boyz n the Hood (1991), Othello (1995) and the John Wick franchise. His TV credits include Hannibal and Black-ish.

But one thing Apocalypse Now never prepared Fishburne for was the rapid turnaround for the majority of movies. He assumed all films took as long to film as Coppola’s epic did. “I was 14 and I thought that was normal, because it was only my second movie,” he has said. “40 years later I made a film with Clint Eastwood [The Mule] with all these people and it took 25 days.”