Kylie’s First Ever Fanclub Membership Pack! But what was in it? 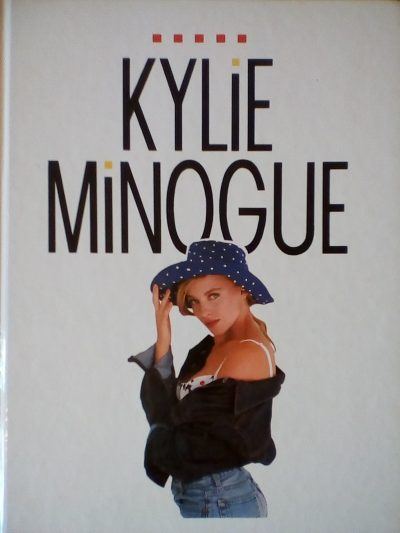 The Princess of Pop, Kylie Minogue, burst onto the UK pop charts, fresh from Ramsey Street! With hit after hit! Kylie took the UK by storm! In 1988 her fanclub was launched. With news letters, photographs, posters.. But what was in the first ever Kylie fanclub membership pack? Ths fanclub every 80s girl (and boy!) wanted to be in! Everyone loved Kylie!! 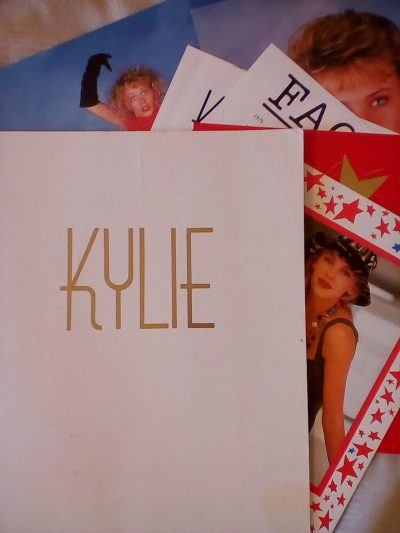 Kylie’s fanclub membership pack came in a glorious glossy white folder, with Kylie wrote in gold letters! Naturally! The folder was bursting with goodies! But what goodies? For an 80s kid the excitement of finding out was fantastic! 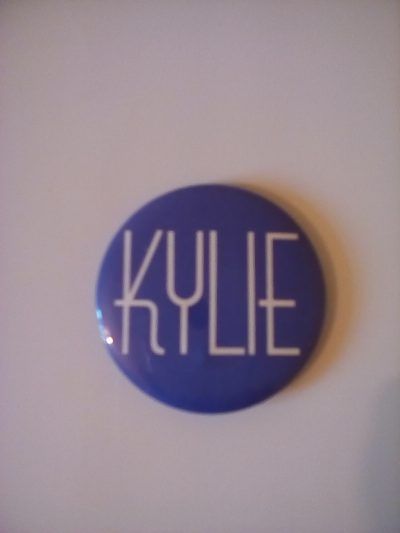 Ok, every fanclub had to have a badge! It was an unspoke of rule! Or it was’nt a good fanclub!! Kylie’s badge was blue and how cool that badge looked on 80s kids school bags! Kylie fan in the house! 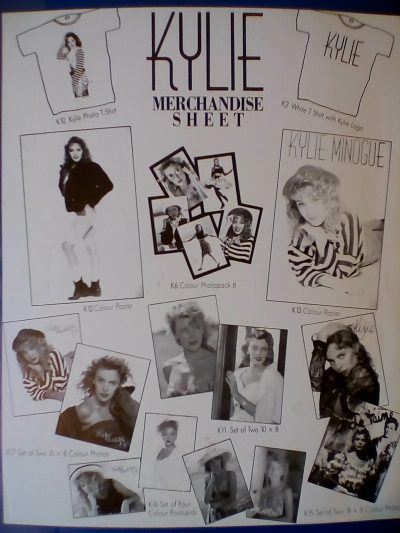 Merchandise! Yay! It would of been time to write out that Christmas wish list, Kylie T-Shirt, one with photo, one with logo. Colour poster, door sized, oh yes! Colour photo pack, Kylie dancing, Kylie on beach, Kylie smiling, Kylie wearing glasses.. You could also get your hands on postcards, you would’nt send them, usually they’d be blu tacked to your bedroom wall! A video featuring the fabulous hits, The Locomotion, I Should Be So Lucky, Got To Be Certain, Je Ne Sais Pas Pourquoi and interviews. Ofcourse there was a calendar, not only a Kylie one a Neighbours one too! Kylie clearly did’nt forget her Ramsey Street roots! Aww Kylie merchandise so much to choose from and collect. An 80s kids dream! 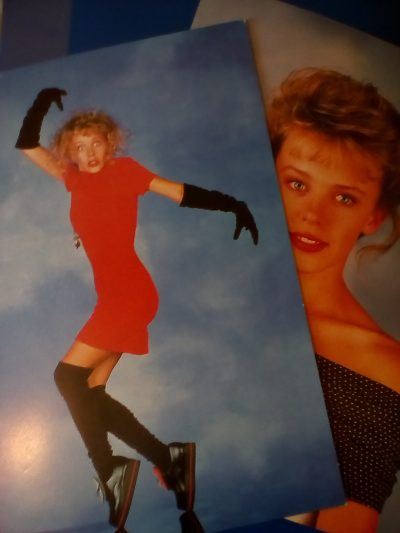 Ofcourse there had to be glossy pics! Check out Kylie rocking that red outfit! She was trend setting from the start! Way before the days of gold hotpants! 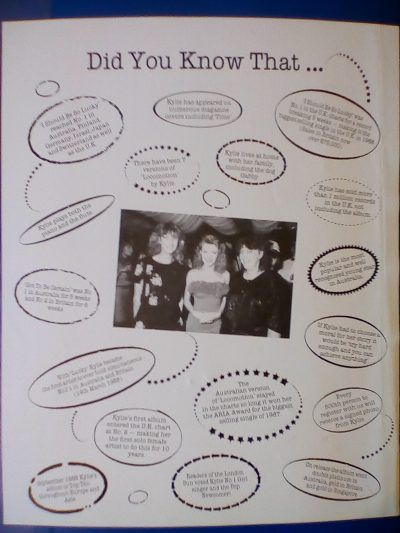 What else was in that glorious glossy white folder? None other than a super list of Kylie information! Fab! .. Heres some on there.. Kylie plays piano and flute! In September 1988 Kylie’s album is top ten throughout Europe and Asia! If Kylie had to choose a moral for her story it would be ‘try hard enough and you can achieve anything’! Got To Be Certain was number one in Australia for five weeks and number two in UK for six weeks! Kylie has a dog named Gabby! On release Kylie’s album went double platinum in Australia, gold in UK and gold in Singapore! Kylie is the most popular and recognised young star in Australia! And, that forever catchy song, I Should Be So Lucky, reached number one in, Australia, Finland, Germany, Israel, Japan, Switzerland and UK!
And it also says every 500th person to register with the fanclub will recieve a signed Kylie photo! Awesome! 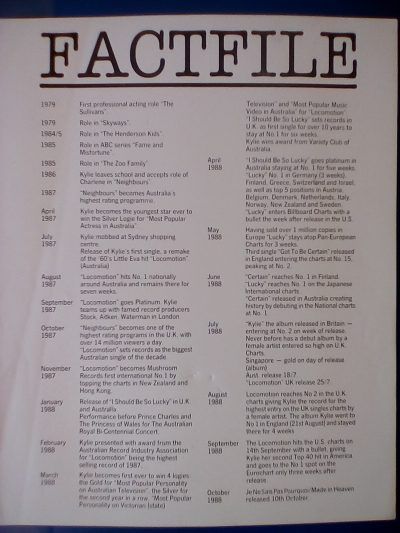 Kylie Factfile!! Kylie’s first ever professional acting role was way back in 1979! In, The Sullivans. Kylie goes on to act in Skyways, The Henderson Kids, Fame and Misfortune, The Zoo Family and in 1986 after leaving school Kylie accepts the role of Charlene in Neighbours, her face fit the part! The following year Neighbours becomes Australias highest rating programme. Kylie becomes the youngest star ever to win a Silver Logie award for Most Popular Actress in Australia! Yay! Kylie became so popular she was mobbed in Sydney’s shopping centre! 1987 also saw the release of her first single down under in sunny Oz, it was The Locomotion, which hit number one and stayed there for seven weeks! Kylie teams up with record producers, Stock, Aitken and Waterman, and is launched into pop super stardom! Where she rightly remains to this day.

Last, but by no means least, in the funky membership pack were Kylie cards! With a message from the lady herself (printed message, obviously! But in her real hand writing no less!) Here it says –
‘Hi gang,
Well at this time of year, you are most likely freezing – While I’m soaking up some Australian sun. Wherever you are, I hope your Christmas is an enjoyable one. Thanks once again for your support and look out for a heap more in 89!!
Take care, Kylie Minogue xx’
And I’m sure those Christmas cards got pride of place on the mantelpiece that Christmas! Card from Kylie!! Wahoo!!
Kylie has been rocking our world since the excellent 80s and the Princess of pop is still as awesome as ever! Long may she reign! What a super fun and exciting first fanclub membership pack the 80s kids got! Kylie we salute you!!