Kevin Bacon ‘Horrified’ By His Friday The 13th Death Scene

Friday the 13th wasn’t Kevin Bacon’s first movie – that honour goes to comedy classic National Lampoon’s Animal House – but the 1980 slasher was the first time many viewers really became aware of the actor. You might not even remember his character’s name, but we bet you’ll remember the gruesome way he met his end.

Thanks to an iconic death scene, culminating in Bacon’s Jack Marand getting an arrow through the neck, Friday the 13th remains one of the best-loved Kevin Bacon movies among Bacon fans. No fan of slasher movies, however, Bacon himself has gone so far as to say that he’s “horrified” by his Friday the 13th death scene and its enduring legacy. 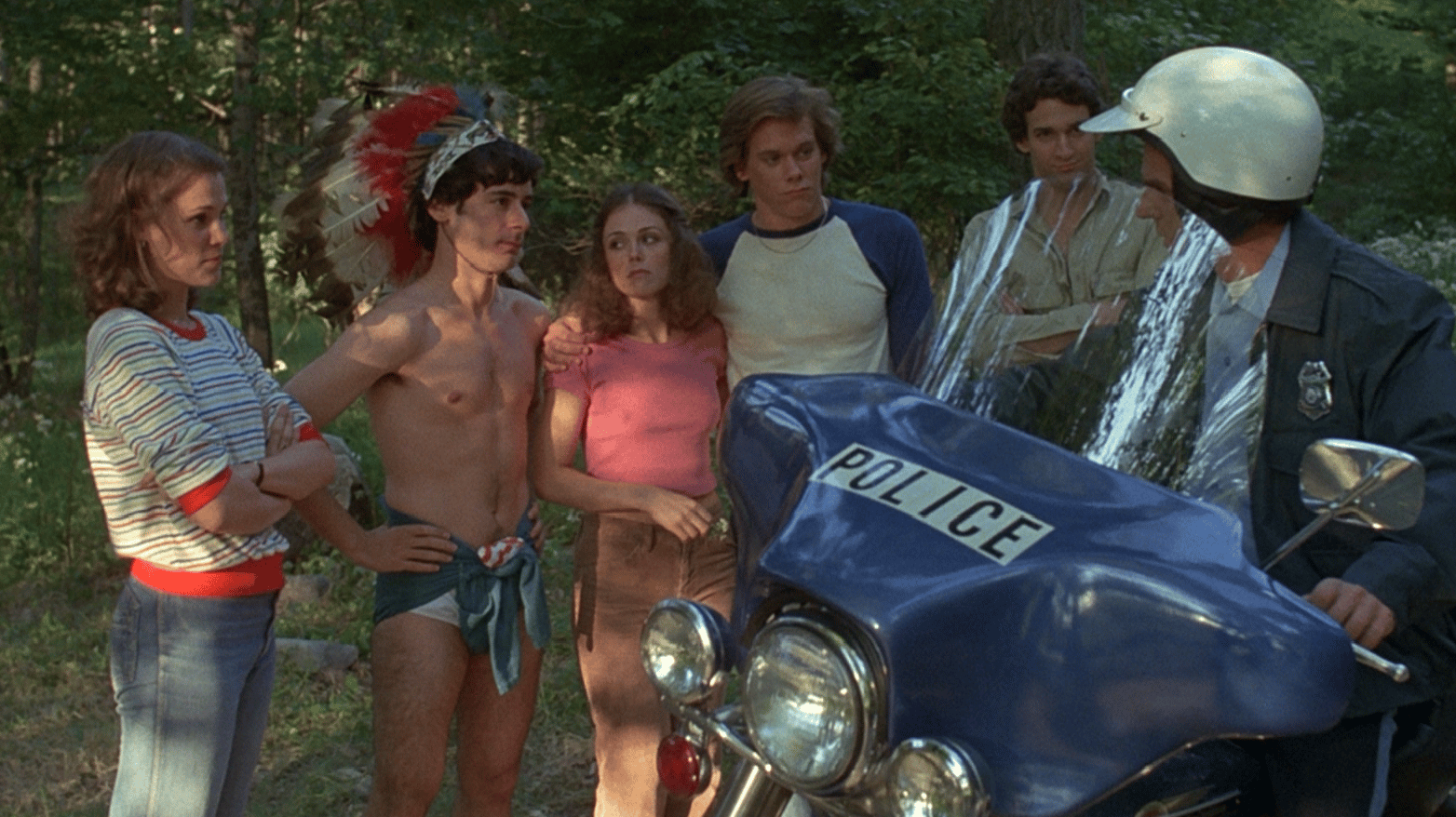 In the two years that followed Animal House, Kevin Bacon struggled professionally, making ends meet by working as a waiter and playing bit parts. Then, in 1979, he landed a supporting role in Friday the 13th, a new horror movie from producer/director Sean S Cunningham.

After the success of John Carpenter’s Halloween in 1978, there had been a major boom in slasher movies. This meant that Friday the 13th needed to do something special to stand apart, so Cunningham hired Tom Savini, the special makeup artist who had recently worked on Dawn of the Dead, to provide Friday the 13th with the most creative, lifelike murder scenes that audiences had ever seen.

No less than ten deaths occur on camera in Friday the 13th, some of which are very grisly indeed – and Bacon’s is among the most memorable. 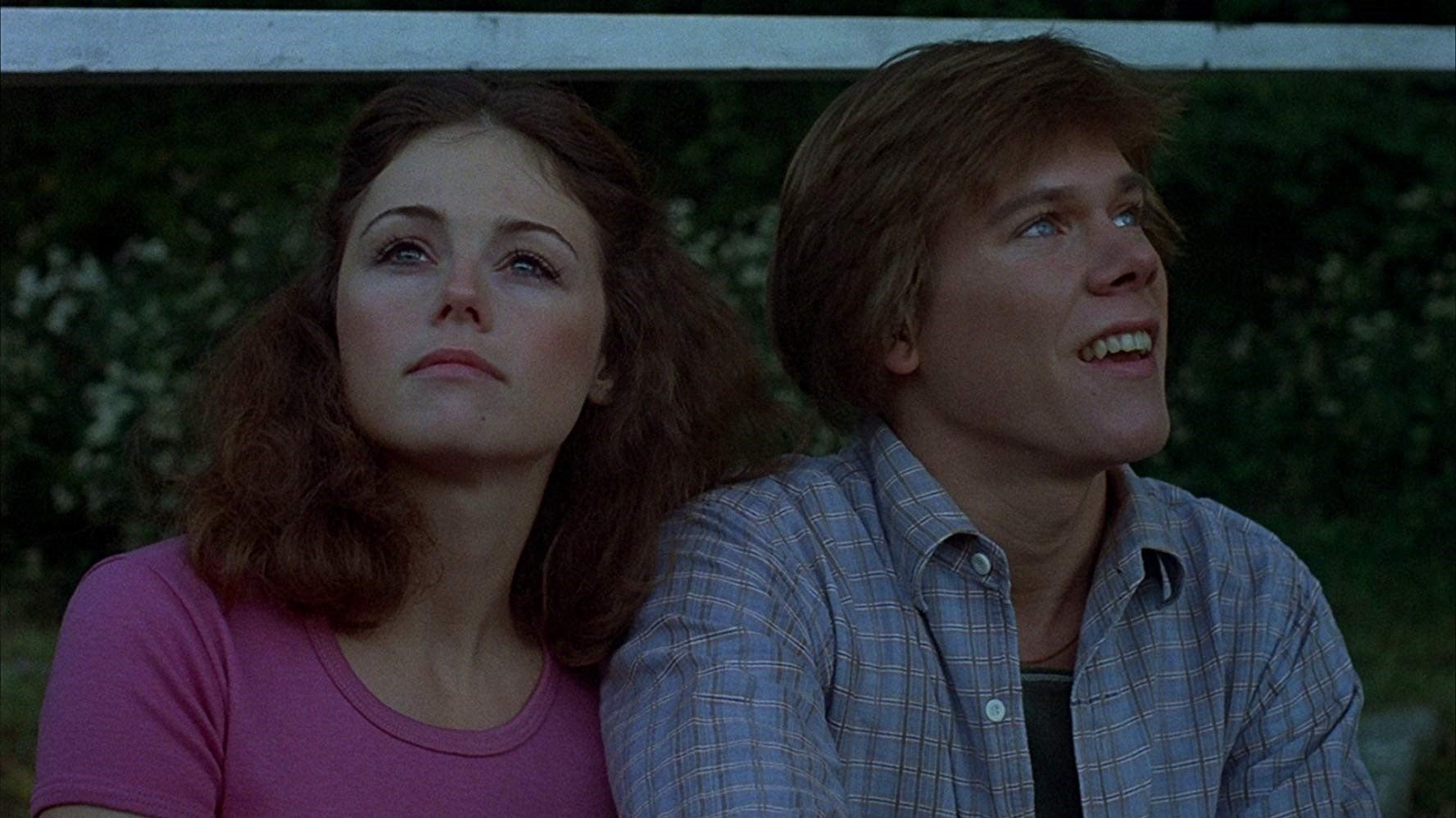 The scene begins with Jack lying in bed alone, smoking a joint, having recently had sex with girlfriend Marcie (Jeannine Taylor, in her first of only two screen acting credits). Just as Jack thinks he doesn’t have a care in the world, a hand sweeps up from under the bed to hold him still, then an arrow comes slowly pushing up through Jack’s neck, with Bacon’s horrified face in shot the whole time.

Speaking to Yahoo! in 2020, Bacon explained this particular cinematic magic trick: “I was on my knees with my head through a hole in the bed, with my neck back. It was very uncomfortable, I had to stay there for a really, really long time. And there was only one neck and chest, so everything had to work perfectly.

“Someone was under the bed to push this arrow through, somebody else was going to pump the blood. I had to have the right [look] – I don’t even know how you rehearse getting that look.

“And they rolled camera and the arrow came through, but the pump broke on the blood plumper, so the special-effects person [Savini] grabbed it and started blowing through it as someone’s saying, ‘Make your eyes roll back.’ And then it was done. And they got it in one take, which was good, because there was no second neck.” 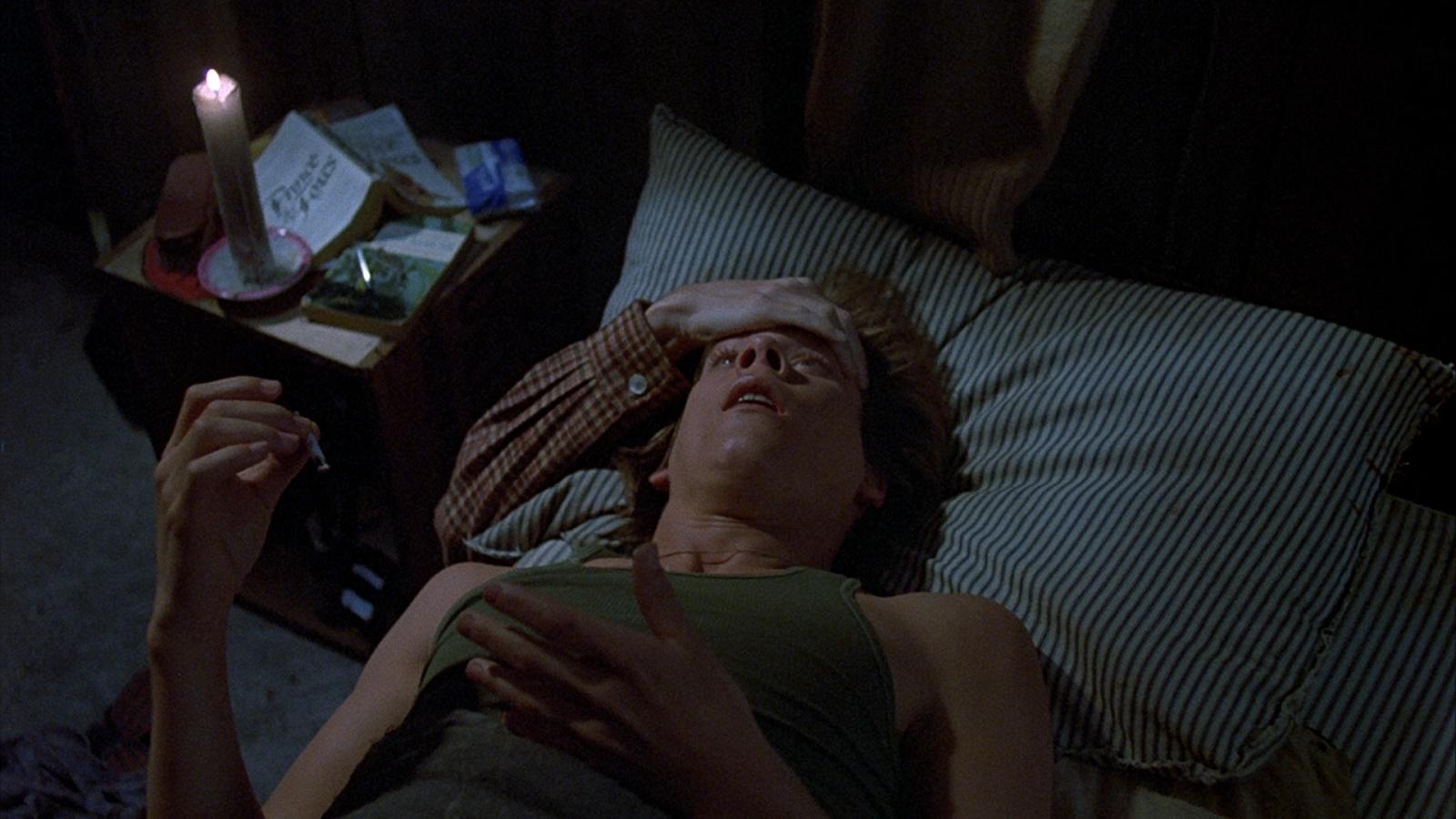 Expectations were initially low for Friday the 13th, but to the surprise of many the independently produced film was picked up for distribution by major studio Paramount. Having cost just $550,000 to make, it would earn nearly $60 million at the box office, sparking a franchise that saw a new Friday the 13th sequel hit screens almost every year throughout the 80s. (To date, 12 films have been made in the series, including 2003 crossover Freddy vs. Jason and the 2009 Friday the 13th remake.)

Many actors who appeared in Friday the 13th movies failed to find stardom afterwards, but Kevin Bacon went from strength to strength. After appearing in the acclaimed ensemble drama Diner, Bacon took the lead in smash hit Footloose, and from there he became one of the best-loved actors of the 80s.

Bacon has more than 100 credits to his name, ranging from lead roles in blockbusters to supporting parts in indie movies. Through it all, Friday the 13th has stayed with him; Bacon even recreated the character of Jack in his long-running ad campaign for British phone network EE (although the nitpickers among us weren’t happy that they placed the arrow so much lower than in the movie). 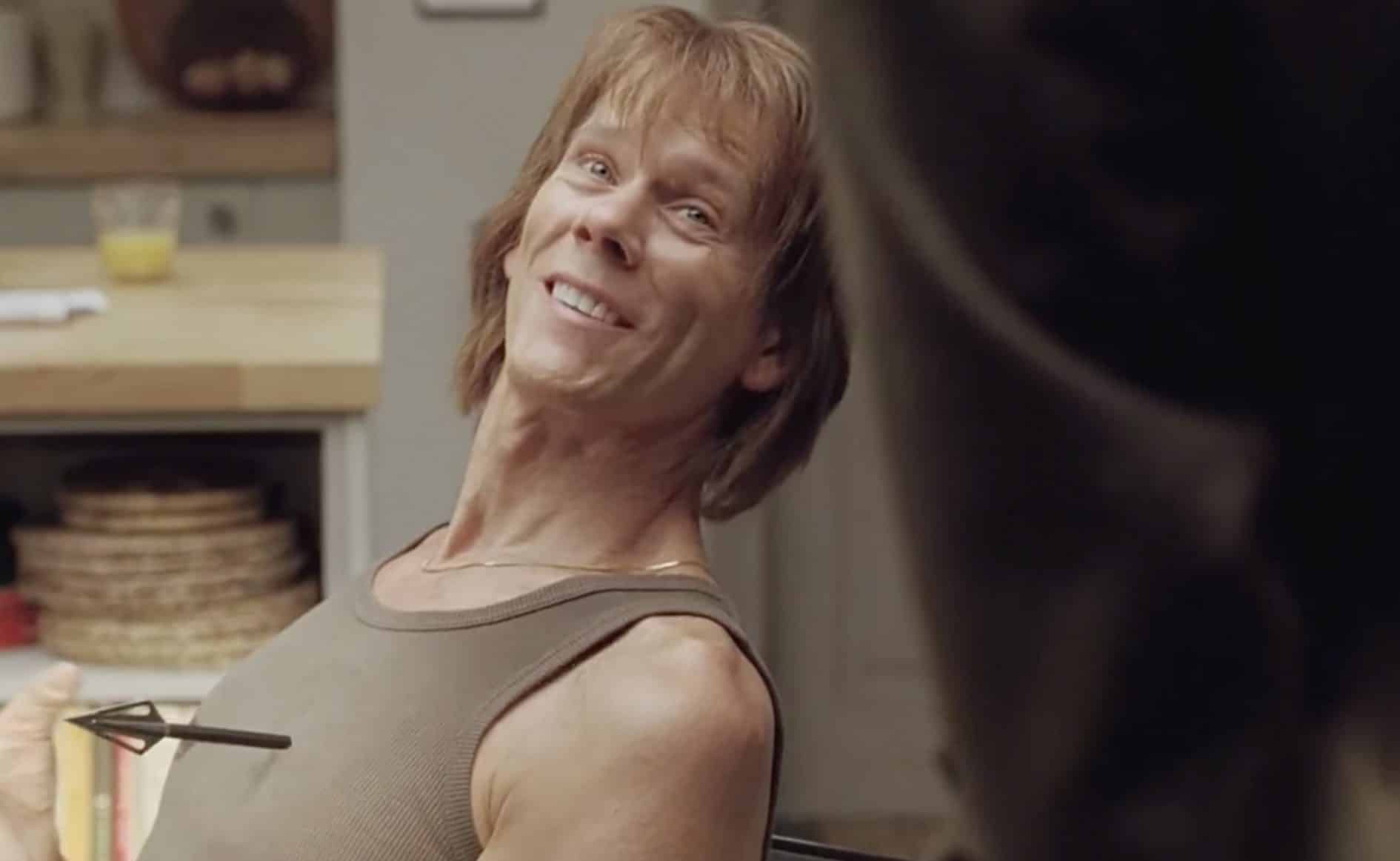 The Friday the 13th death scene remains popular with fans, but not with Bacon. In 2020 the actor told Entertainment Weekly: “I’m always horrified by the fact that, when it comes to autograph hounds, that’s probably the number one picture that I’m asked to sign, Me, with blood coming out of my mouth and an arrow through my neck. You know, I’m a pretty easygoing guy. After a while, it just gets to you. You’re like, really, do I have to sign another picture of me dead?”

Bacon has made many more horror films, among them Flatliners, Stir of Echoes and Hollow Man, but he admits that slashers aren’t really his thing. The actor explains, “[Horror] is a genre that I really like. I like moves that have life or death stakes… I’m not so interested in slasher horror where teens in sweat pants are getting their throats cut. I really have always loved things like Don’t Look Now and Rosemary’s Baby and The Shining and The Exorcist.” 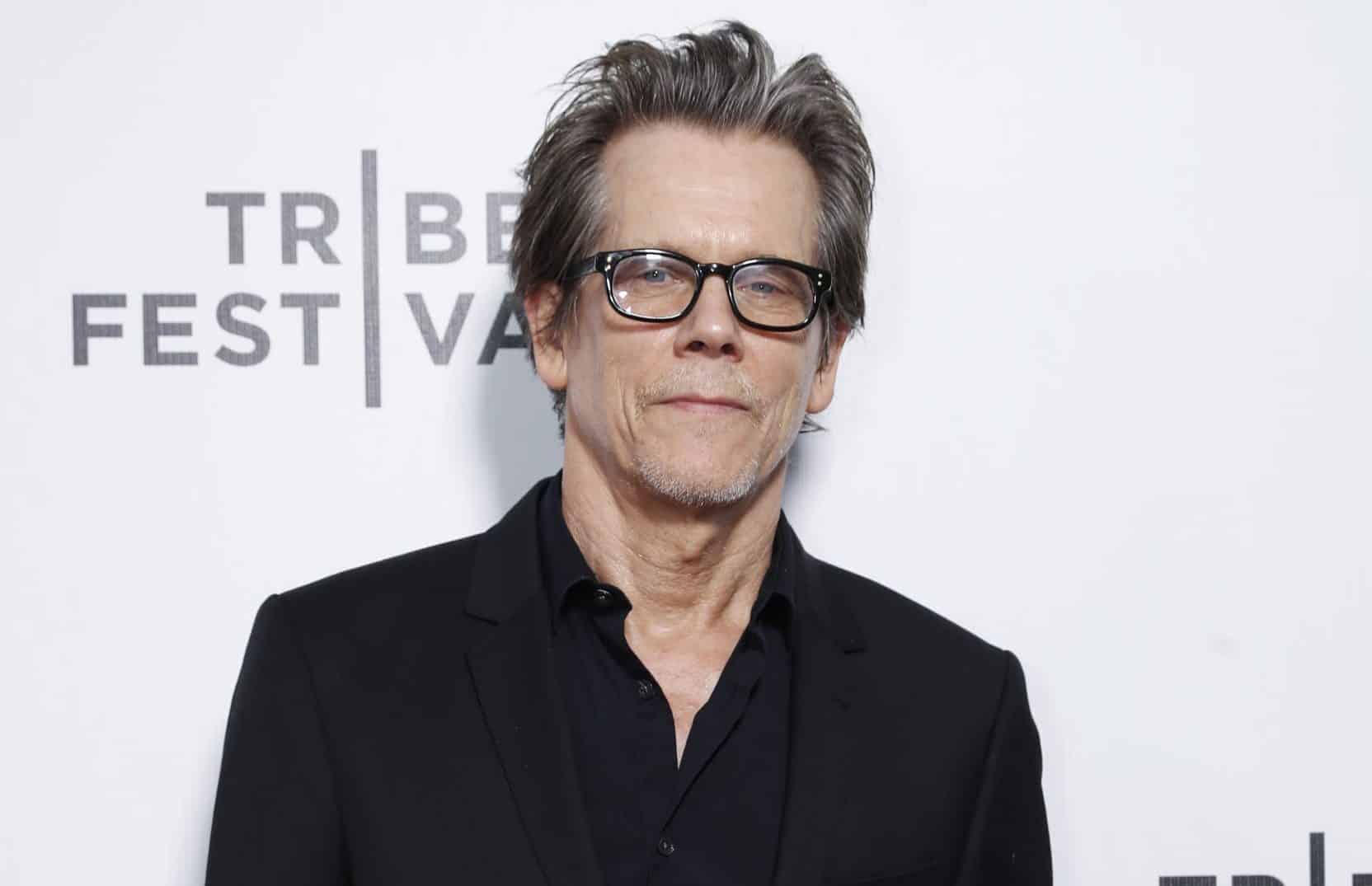 Bacon has never appeared in another Friday the 13th movie (unlike Jason Voorhees, the victims tend not to return from the dead), but he has been suggested as possible casting in another iconic 80s horror series: Freddy Krueger in A Nightmare on Elm Street.

No less a figure than original Freddy actor Robert Englund has suggested Bacon as a contender to take over the role of Freddy in the planned Nightmare on Elm Street reboot. Bacon has casually expressed interest in this; when asked by Bloody Disgusting if he’d consider the part, Bacon replied, “sure. It would take a lot of makeup…”