It might be hard to imagine now, but back in the mid-70s there was a big question mark hanging over the future of James Bond. 1974’s The Man with the Golden Gun had performed below expectations, and the team that had presided over the franchise since 1962 (Albert R. ‘Cubby’ Broccoli and Harry Saltzman) had unexpectedly broken up. For a time, it looked like the big screen adventures of Ian Fleming’s iconic creation may have come to an end.

However, in his first venture as a solo producer, Broccoli knew the only way to bring Bond back was to make him bigger than ever before. The result was 1977’s The Spy Who Loved Me, the biggest and most visually spectacular Bond movie ever made up to that point. However, not content to up the ante on the action, Roger Moore’s third outing as 007 also boasts more intelligent storytelling, character development and emotional content than we tended to see from the franchise at that time.

34 years since it first hit screens, The Spy Who Loved Me is still widely considered one of the true high points of the James Bond series – and here are some facts about the film that you might not have known.

10. It’s one of Christopher Nolan’s favourite films of all time 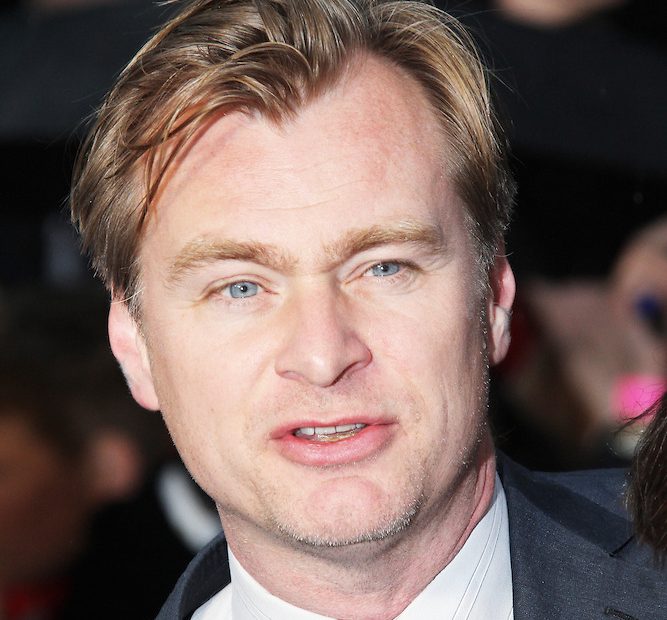 Christopher Nolan, arguably the most esteemed director working in big-budget blockbusters today, has declared The Spy Who Loved Me to be one of his favourite films. The Inception and Dark Knight trilogy director says that seeing the Bond movie at the cinema in his childhood was a major formative experience for him.

Nolan explains his love for the film is rooted in “the feeling of possibility that you could jump through that screen, and go anywhere in the world, and see the most amazing things. It had such scale, and such possibilities.”

9. Ian Fleming was so ashamed of the Spy Who Loved Me novel he insisted the film use nothing from it but the title 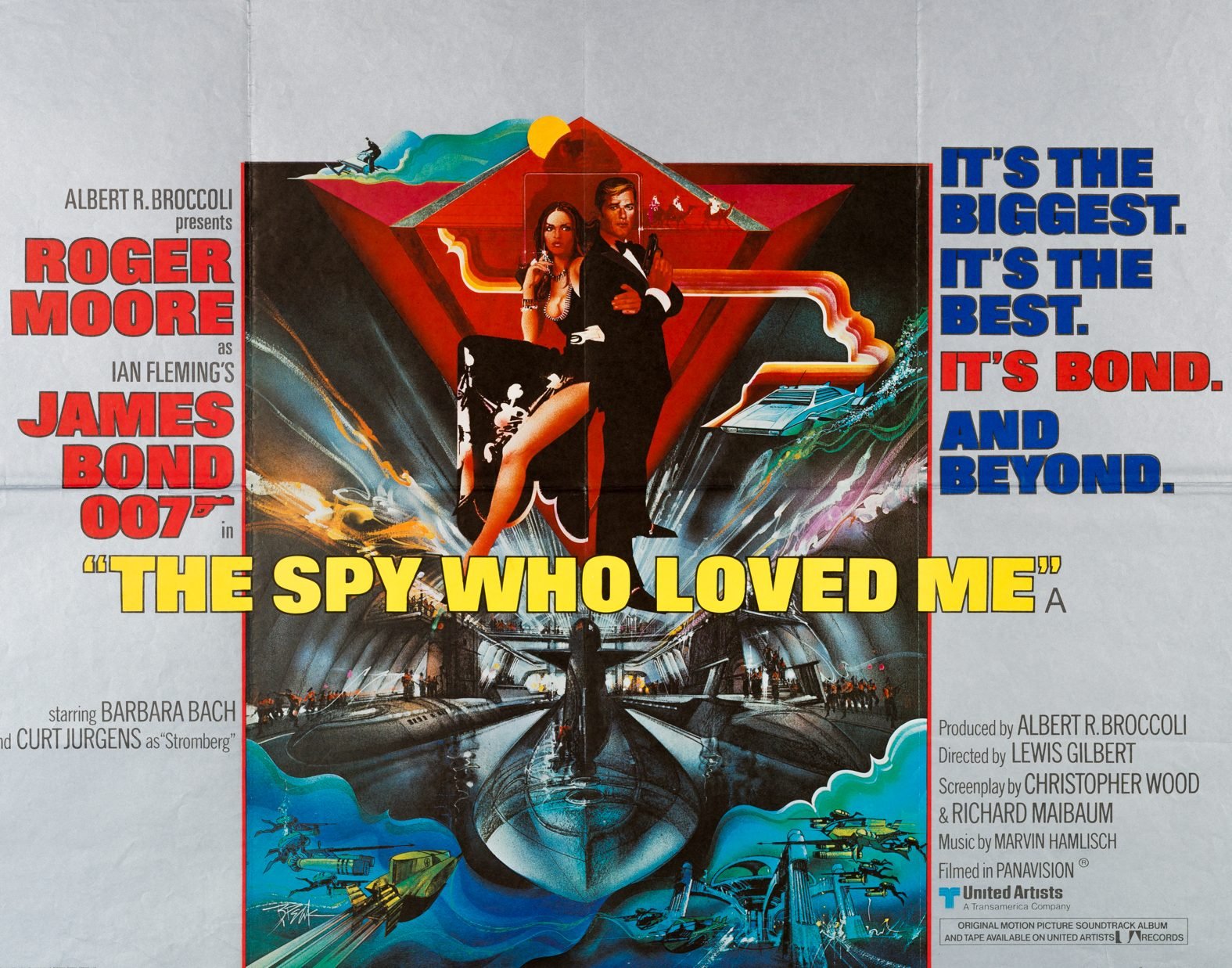 Published in 1962, Ian Fleming’s The Spy Who Loved Me was the ninth novel in the James Bond series, and perhaps the most controversial. Told in the first person by a woman who has a brief affair with Bond, it was by far the most sexually explicit novel Fleming ever wrote. Given the less permissive times, it was met with some very disapproving reviews.

Later, Fleming was ashamed of The Spy Who Loved Me, and only sold Eon Productions the rights to the book on the condition that they use the title alone, and not recreate any elements of the original plot.

8. The 007 stage at Pinewood Studios was built specifically for the film 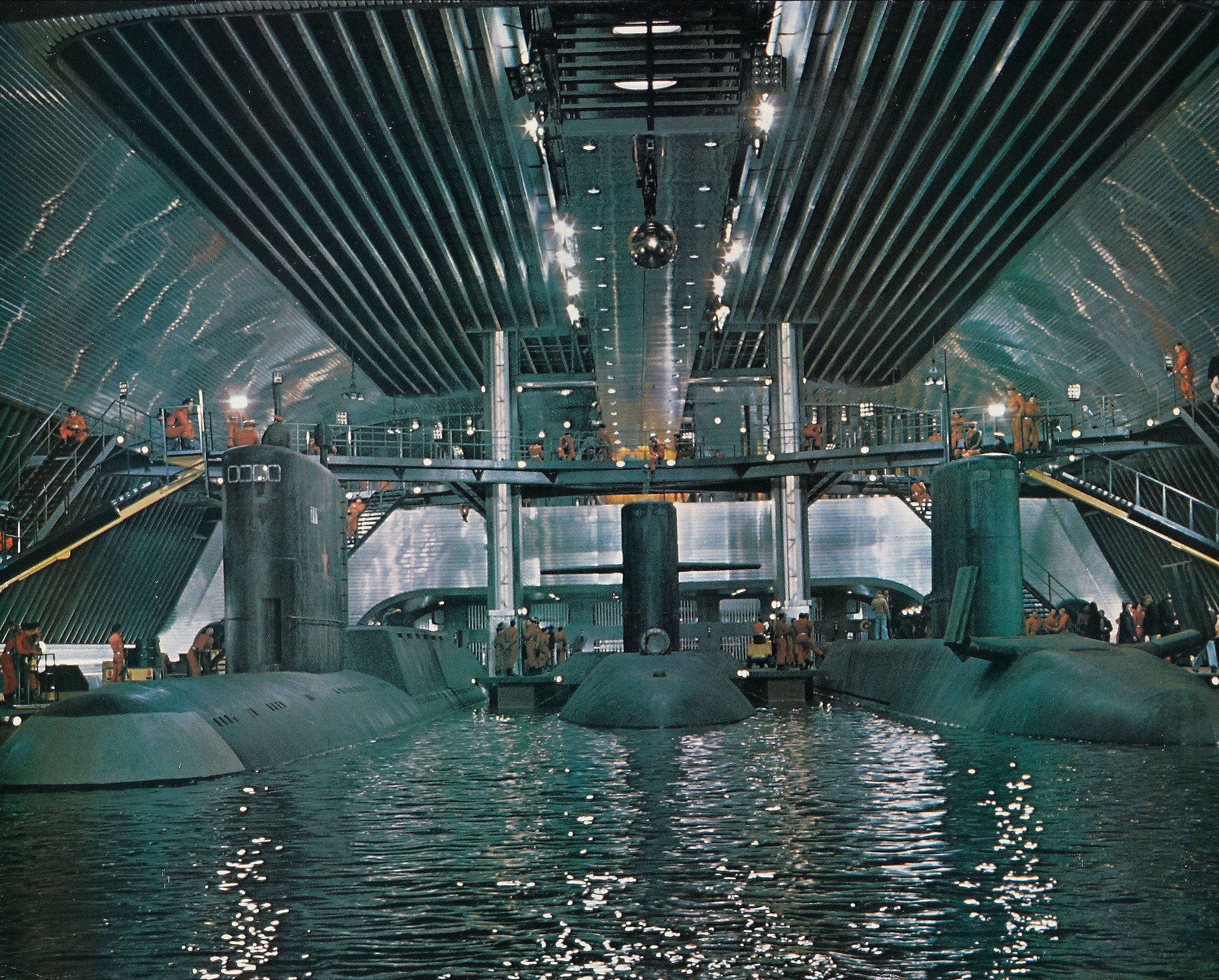 For Atlantis, the oceanic headquarters of The Spy Who Loved Me’s megalomaniacal villain Karl Stromberg (Curt Jürgens), Broccoli and co wanted to build a bigger set than they had ever made before. However, as no existing studio sound stage in the world was large enough for their needs, they built a brand new one at Pinewood Studios, West London.

Officially named the Albert R. Broccoli 007 Stage, its construction set the production back $1.8 million. Still in frequent use today, a great many more major films have been shot there over the years.

7. Catherine Deneuve was turned down for the role of Anya Amasova because she wanted too much money 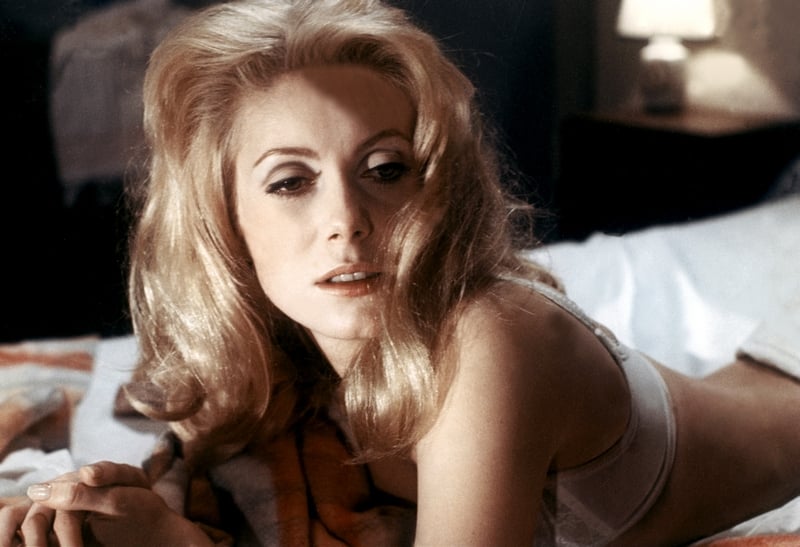 The role was offered to Lois Chiles, who declined but would later appear in follow-up film Moonraker. Finally, Barbara Bach was cast as Anya a mere four days before the shoot began. Reportedly, Bach had auditioned on the assumption that she was up for a minor supporting part.

6. Prince Charles stood up and applauded the parachute jump at the Royal Premiere

The opening sequence of The Spy Who Loved Me features one of the most breathtaking, iconic stunts in Bond history, when our hero (doubled by Rick Sylvester) ski-jumps off Canada’s 6,000 foot Mount Asgard, sporting a parachute decorated with the Union Jack. This stunt had first been suggested for On Her Majesty’s Secret Service, allegedly by George Lazenby.

At the Royal Premiere of The Spy Who Loved Me, this moment inspired a standing ovation. Eon executive Charles Juroe recalls, “I have never seen a reaction in the cinema as there was that night… You could not help but stand up. Even Prince Charles stood up.”

5. Jaws’ metal teeth were so painful, Richard Kiel could only wear them for 30 seconds at a time 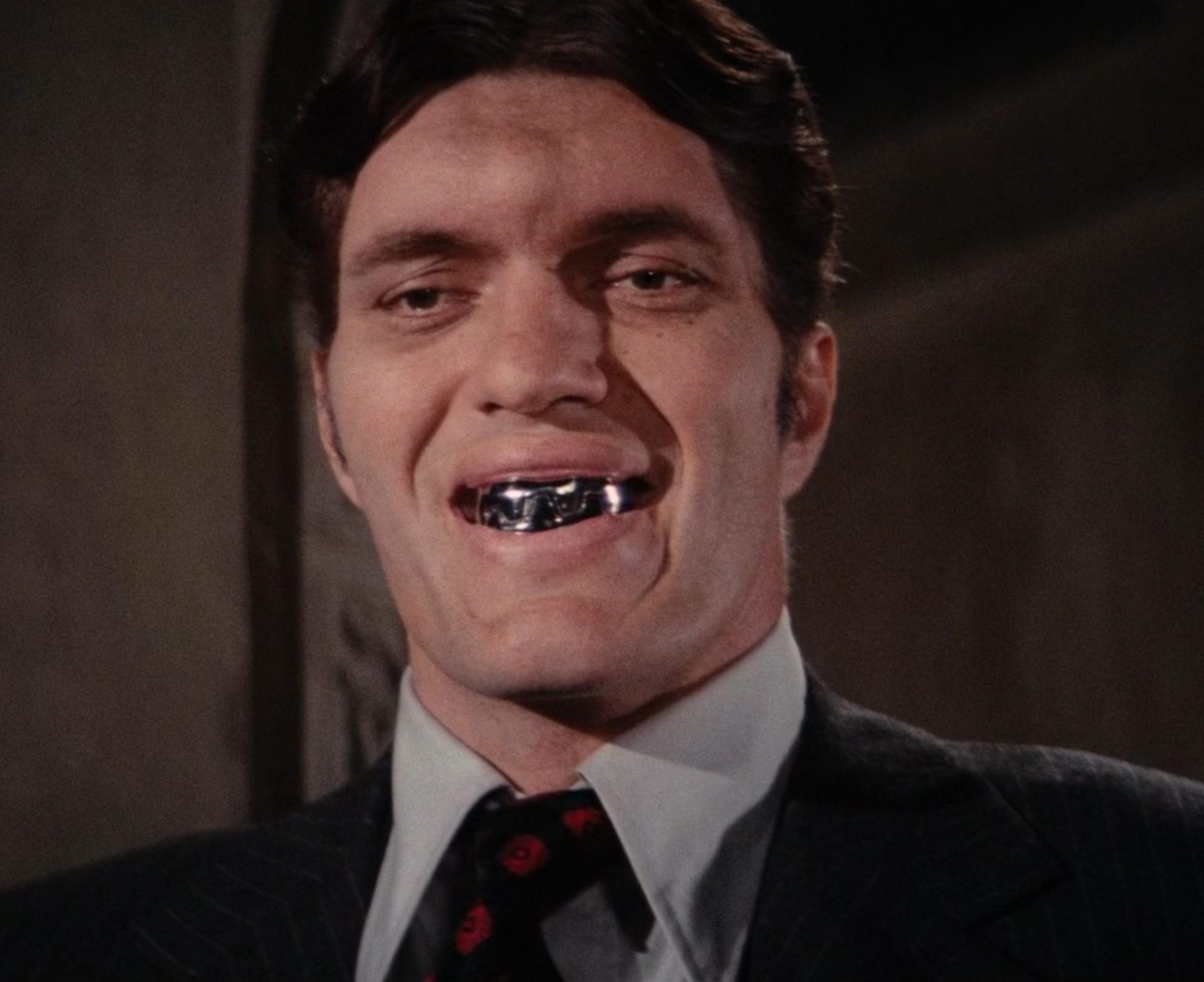 The Spy Who Loved Me introduces Richard Kiel as Jaws. One of the most memorable Bond villain henchmen ever, Jaws is notable for two things: his extraordinary height (Kiel was 7’2″), and his lethal metal teeth. However, Kiel was reportedly unable to wear the teeth for more than thirty seconds at a time because they were simply too painful to keep in his mouth any longer.

Originally, Jaws was intended to die at the end, but the filmmakers got a hunch that he be a hit with viewers, so they let him live. Kiel would play the role a second time in Moonraker. 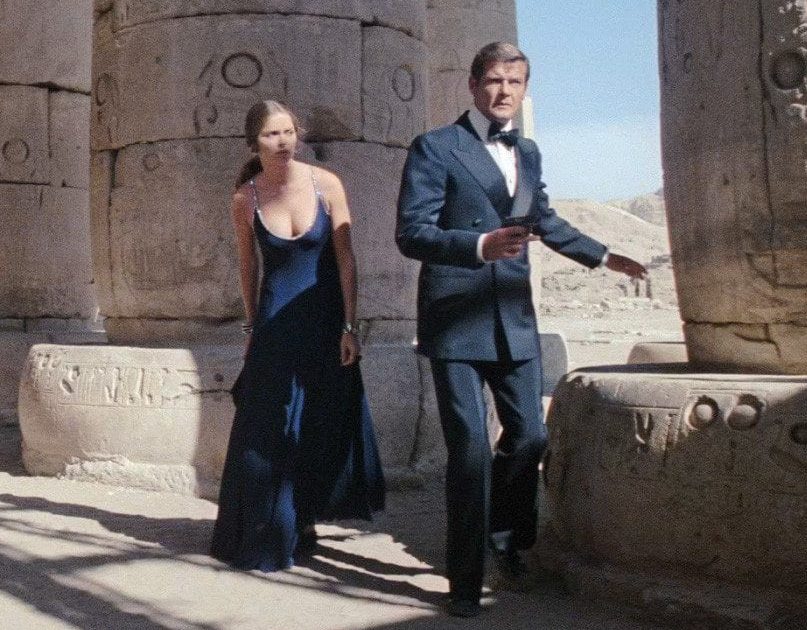 Many of The Spy Who Loved Me’s key scenes were shot in Egypt, and – indicative of the casually xenophobic British humour of the time – one moment that hasn’t aged too well sees Bond tut “Egyptian builders” after a structure collapses. When the scene was shot, a representative from the Egyptian government was present to ensure the film presented the country in a positive light.

To avoid offending the Egyptian government, Moore simply mouthed the line on set, and it was dubbed in afterwards. Ironically, the line is said to have ultimately inspired huge laughs from Egyptian cinema audiences. 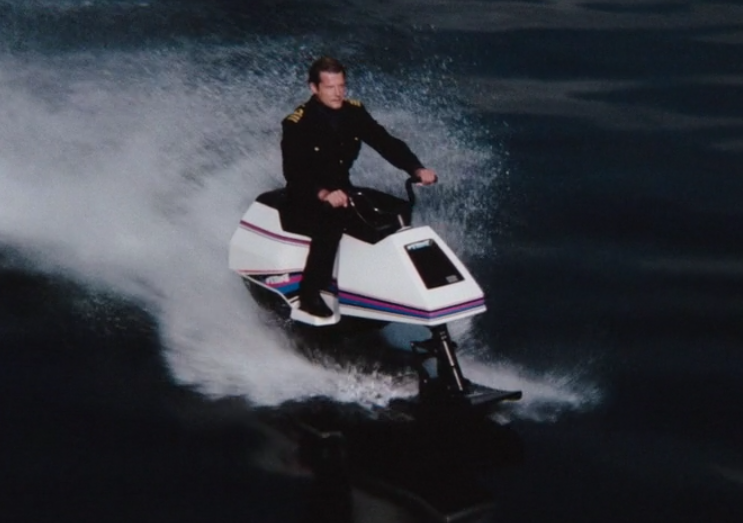 In the film’s final act we see Roger Moore’s 007 race across the ocean on a then-pioneering piece of technology: the Sprint Marine Wetbike, a new form of personal watercraft similar to a motorcycle. (Such vehicles are often popularly referred to as Jet Skis, although this in fact is the brand name of a similar vehicle built by Kawasaki.)

The Wetbike didn’t go into general production until 1978, the year after The Spy Who Loved Me was released. The model we see Moore ride in the film is the original prototype, and its use in the film resulted in huge demand for the vehicles in the years that followed.

2. It was both the most expensive and highest-grossing Bond film ever – until Moonraker

Eon Productions went into The Spy Who Loved Me with a “go big or go home” attitude, and this paid off. With a budget of $13.5 million, it was the most expensive Bond movie yet; but with box office takings of $185.4 million, it was also the biggest hit in Bond history.

However, The Spy Who Loved Me didn’t hold these records for long, as follow-up Moonraker cost $34 million, and earned more than $210 million. 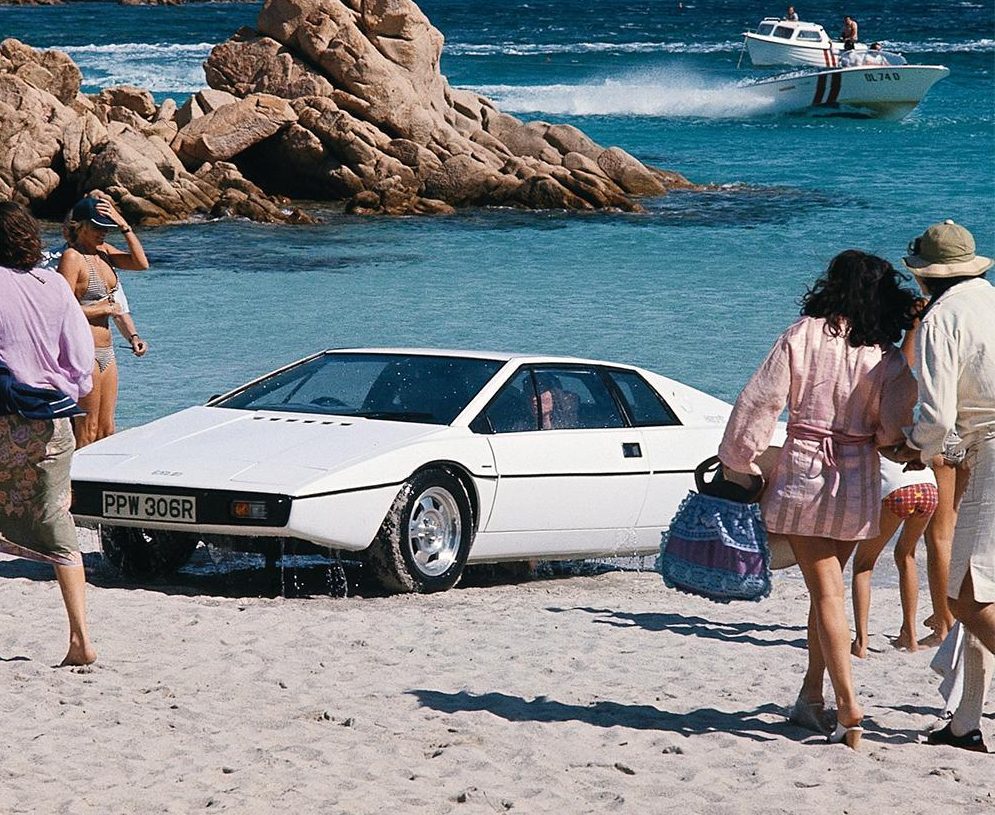 Next to the Aston Martin DB-5, the most iconic James Bond car ever is surely The Spy Who Loved Me’s Lotus Esprit, which conveniently converts into a submarine. In 2013, the original Lotus used in the film (nicknamed ‘Wet Nelly’ by the crew) was purchased at auction by Tesla founder Elon Musk, for $997,000.

Musk remarked at the time, “I was disappointed to learn that it can’t actually transform. What I’m going to do is upgrade it with a Tesla electric powertrain and try to make it transform for real.” As is often the case with Musk, it’s unclear whether the tech billionaire was actually serious about this; either way, no Tesla submarine cars have been manufactured just yet.