It’s the news we’ve all been waiting for for months now: today, after a drawn-out Brexit process that has seen the UK’s withdrawal from the EU stall, Theresa May announced she is to resign as Prime Minister. 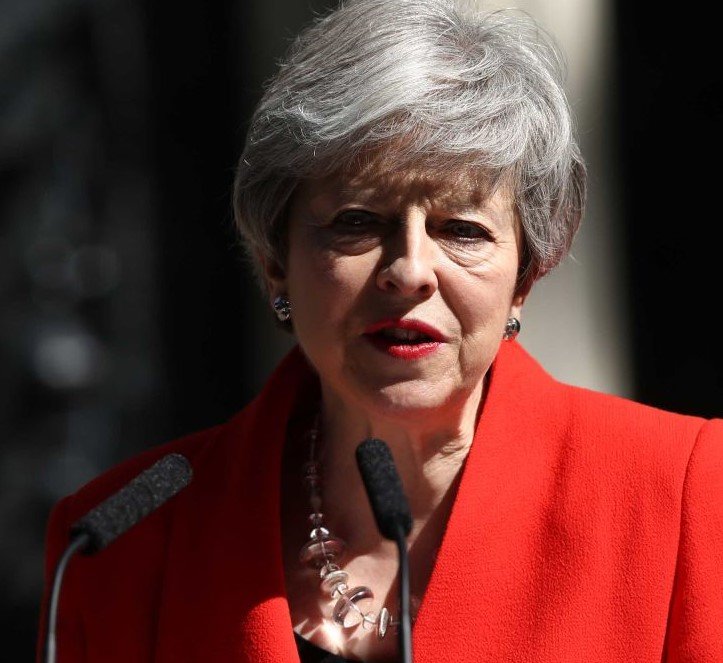 With May set to leave 10 Downing Street for good on 7 June, it means the inevitable Conservative leadership race will soon officially begin.

The likes of Boris Johnson, Michael Gove and Liz Truss are, as predicted, already throwing their hats in the ring – but another, entirely unexpected name has also just been put forward as a potential next British PM. 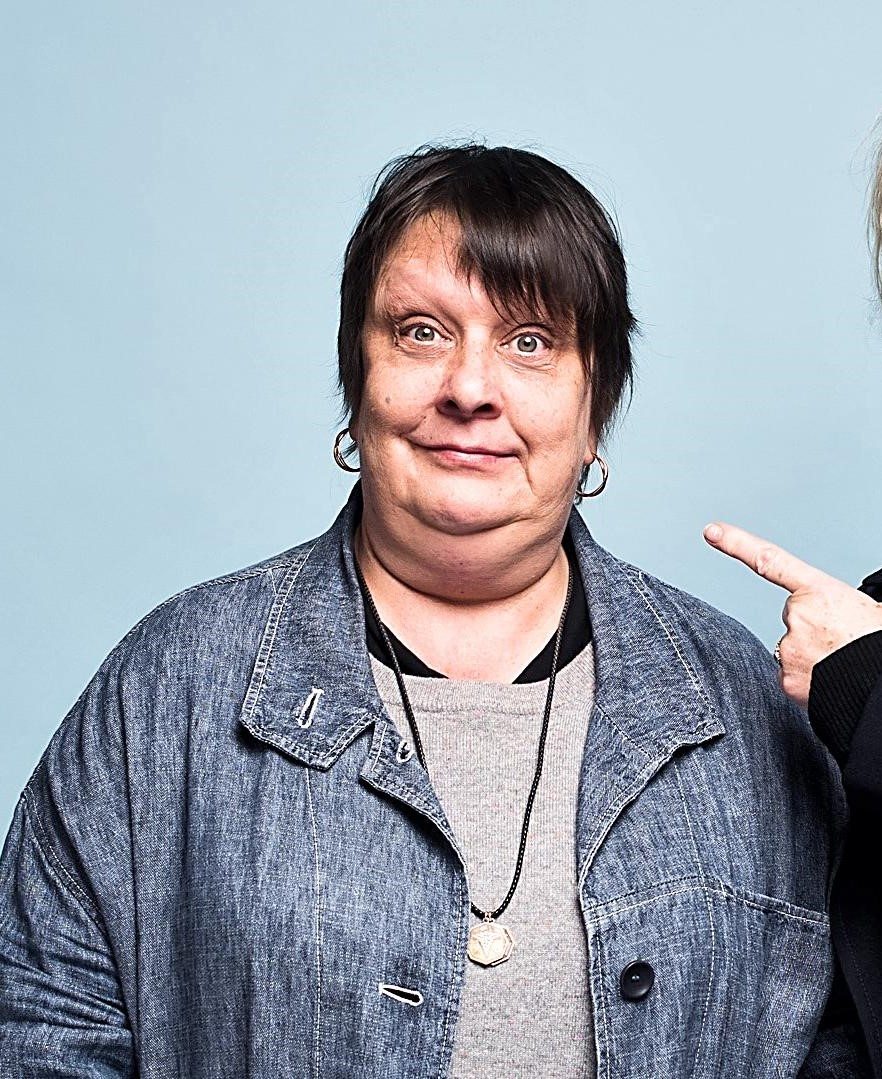 Kathy Burke, the legendary British comic best known for her comedy partnerships with Harry Enfield and Jennifer Saunders, this morning tweeted support for a more leftfield candidate: herself.

Rather, Burke suggested her Gimme Gimme Gimme character, Linda La Hughes, ought to be the new Prime Minister. 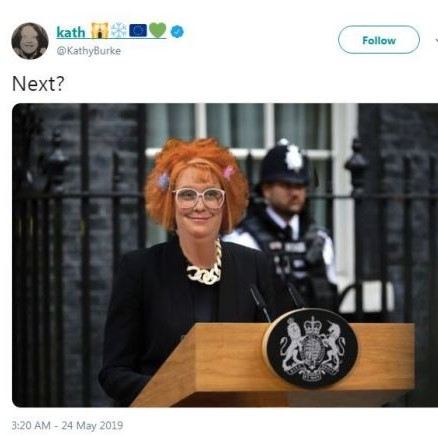 Shortly after May made her resignation speech, Burke shared a photo of herself in character as Hughes stood in front of Number 10, captioned: “Next?”

Burke was of course far from the only celeb to weigh in on the day’s big event. Rylan Clark-Neal tweeted: “Now is the time to open the doors to the big brother house so we know what we’re gonna get.” 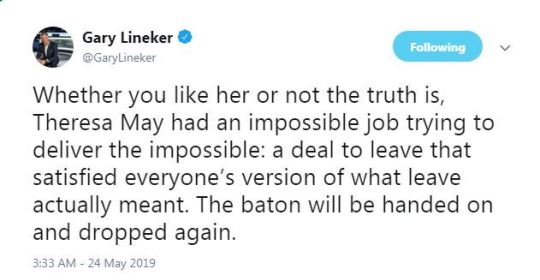 Meanwhile, Gary Lineker wrote: “Whether you like her or not the truth is, Theresa May had an impossible job trying to deliver the impossible: a deal to leave that satisfied everyone’s version of what leave actually meant. The baton will be handed on and dropped again.”