According to People Magazine, “it was going to be the fantasy wedding of the decade.” Hollywood stars Julia Roberts and Kiefer Sutherland were a week away from their dream wedding in 1990, and the press reached fever pitch as news of the lavish preparations and 150-strong guest list reached the public.

But then, without warning, Roberts cancelled the service and left for Ireland with none other than Sutherland’s closest friend, Jason Patric. Rumours of an affair between Sutherland and a stripper cast even more misery over the whole event, as a love triangle divided friends and became fodder for gossip columnists.

Although Sutherland has since said he forgives Roberts for calling off their wedding, the pair rarely speak of their past relationship and there is no evidence to suggest they are still friends. Patric and Sutherland, however, have managed to repair their friendship – but only after years of bad blood. 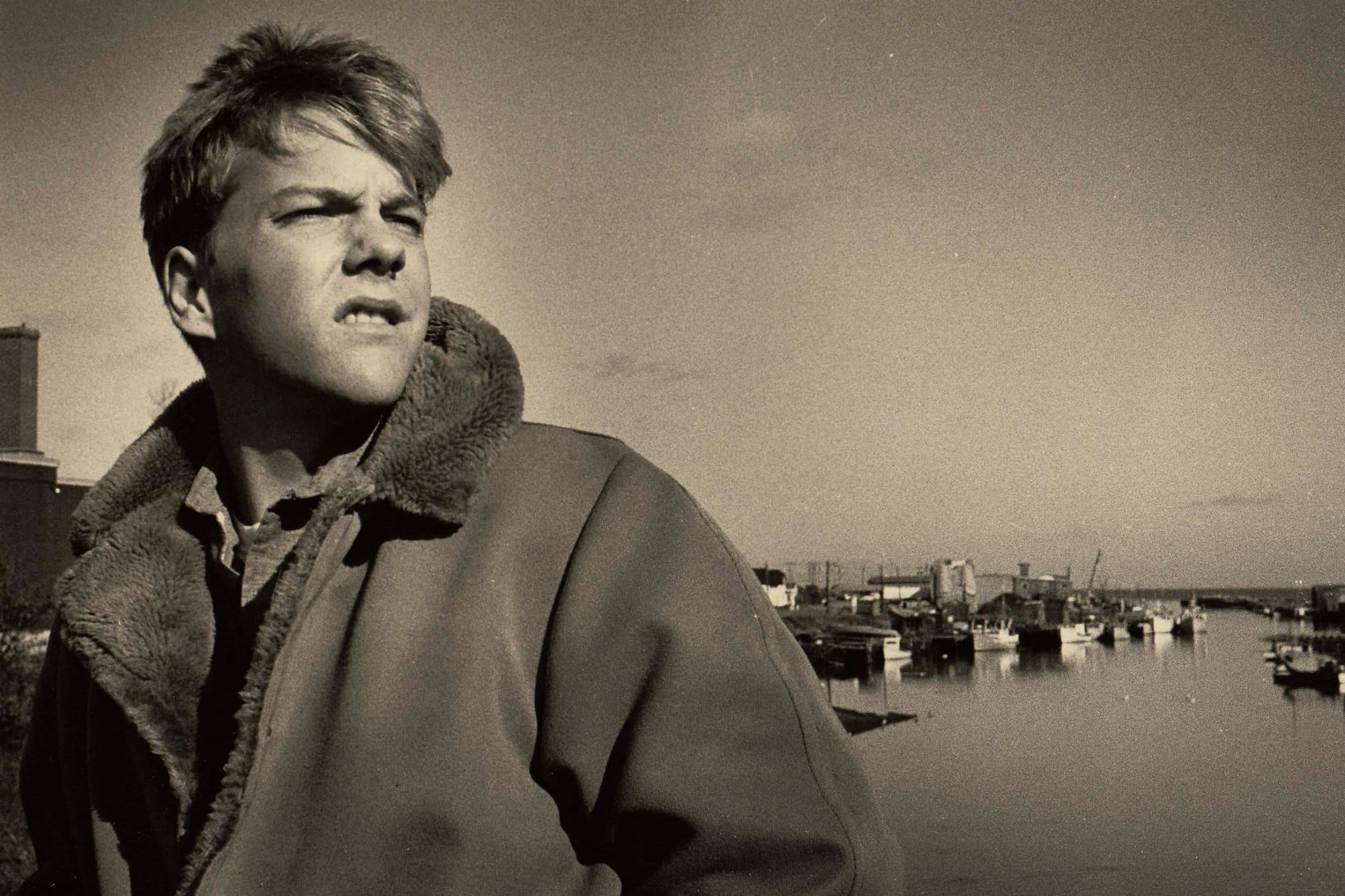 This story begins not with a whirlwind Hollywood romance, but with a friendship. In 1987, Kiefer Sutherland was a budding star. Born in London, England, Sutherland grew up in California and Toronto, and he found his film debut – as well as critical acclaim – in the 1984 drama The Bad Boy.

Following this success, Sutherland moved to Hollywood and got his major breakout role as the villainous vampire David in 1987’s The Lost Boys. Behind the scenes, he became best friends with the movie’s protagonist, Jason Patric, who was the same age as Sutherland. 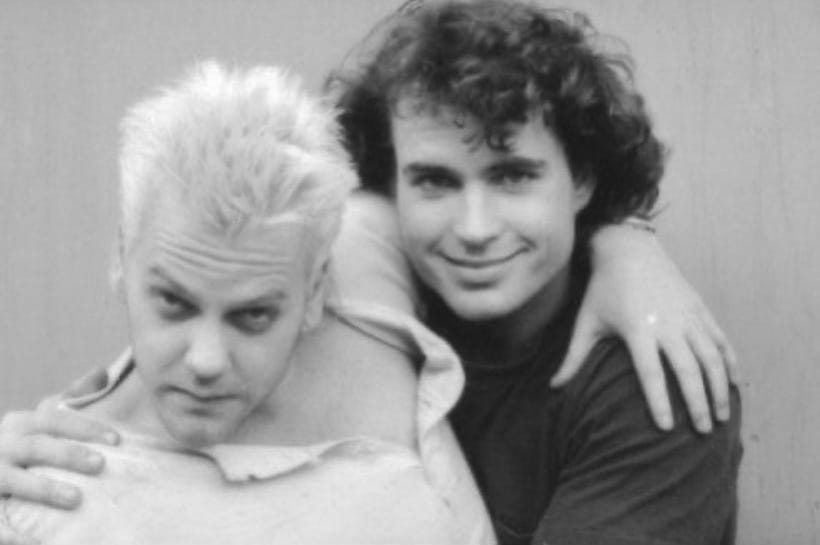 “It was a special time,” Patric later reflected on this early friendship. They became such close friends that, when the 19-year-old Sutherland became engaged to the actress Camelia Kath, Patric warned the relationship wouldn’t last, and he even tried to persuade Sutherland out of it.

“Jason was worried that I was not making a very good choice,” Sutherland has since recalled. “He offered up his companionship and said, ‘If you start running right now, I’ll run with you.'”

Nevertheless, Sutherland’s wedding to Kath went ahead. As Patric foresaw, the relationship ended three years later. But by this point, Sutherland had fallen in love again. 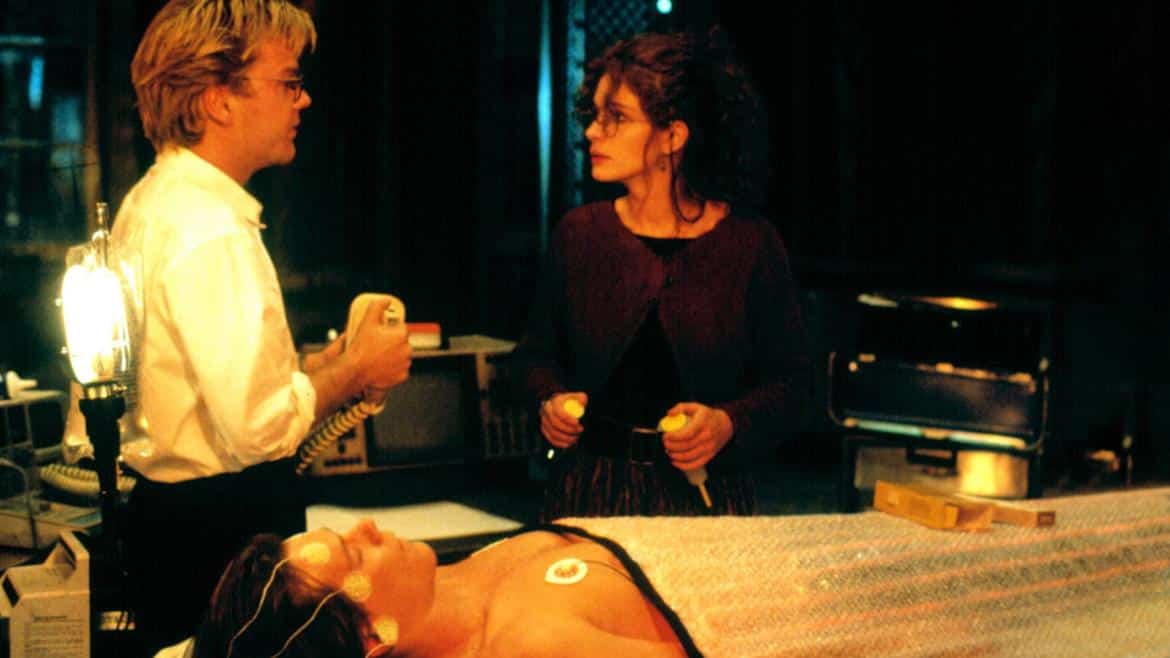 Sutherland commented that Roberts was “the best actress [he’d] ever worked with,” and claimed he’d fallen in love with her talent. According to The Mirror, Sutherland was still finalising his divorce from Kath at this time. 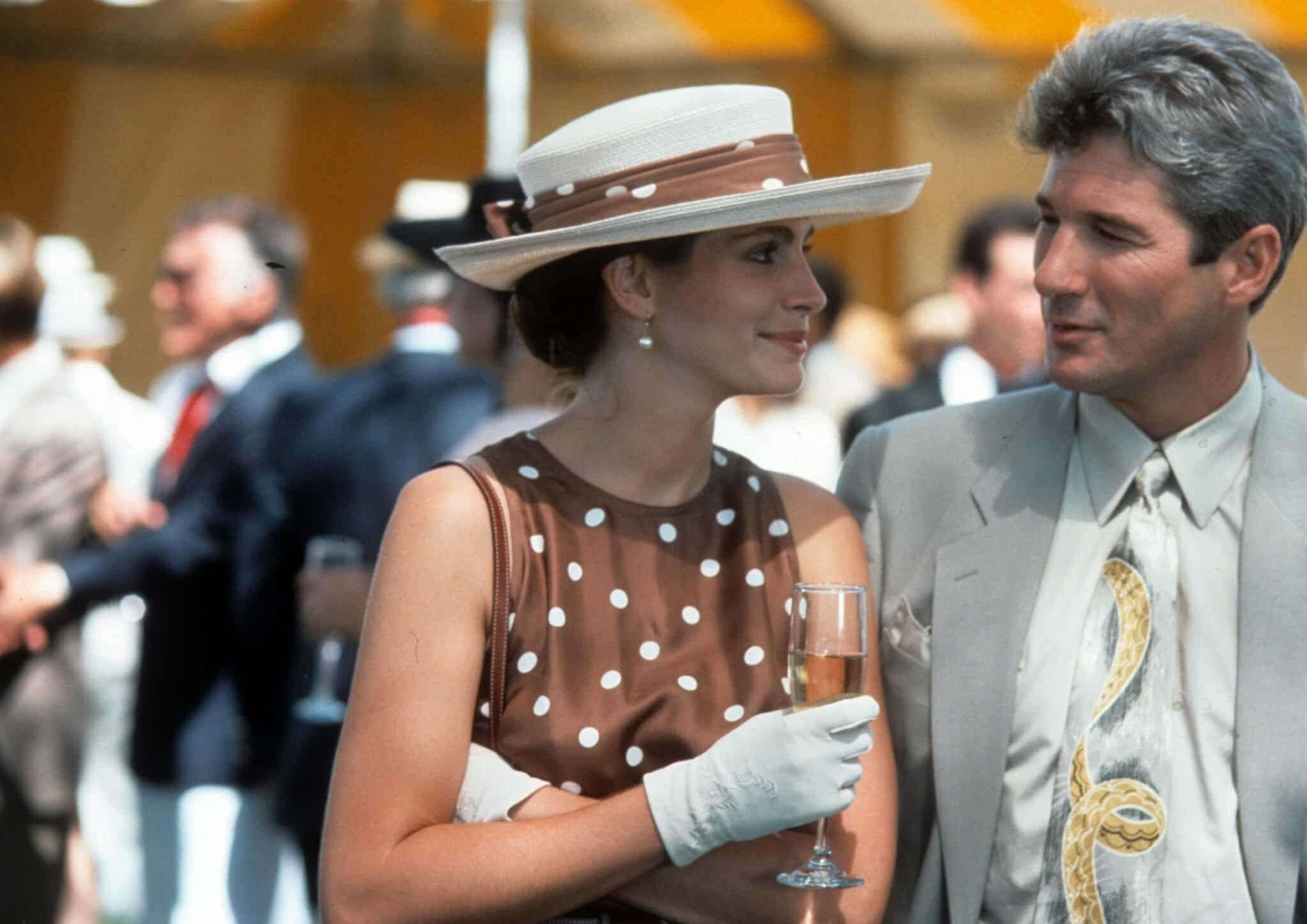 “The Roberts smile – full-lipped, a mile wide and gleaming – is the closest the movies have yet come to capturing sunshine,” critic Peter Travers wrote in 1990. “Such dazzle should not be taken lightly.”

Before meeting Sutherland, Roberts dated her Steel Magnolias co-star Dylan McDermott from 1988 to 1990. The pair even got engaged, but Roberts ended the relationship for reasons that were never made public.

While Roberts’ relationship with McDermott was mostly quiet and hidden from the press, her romance with Sutherland was quite the opposite. 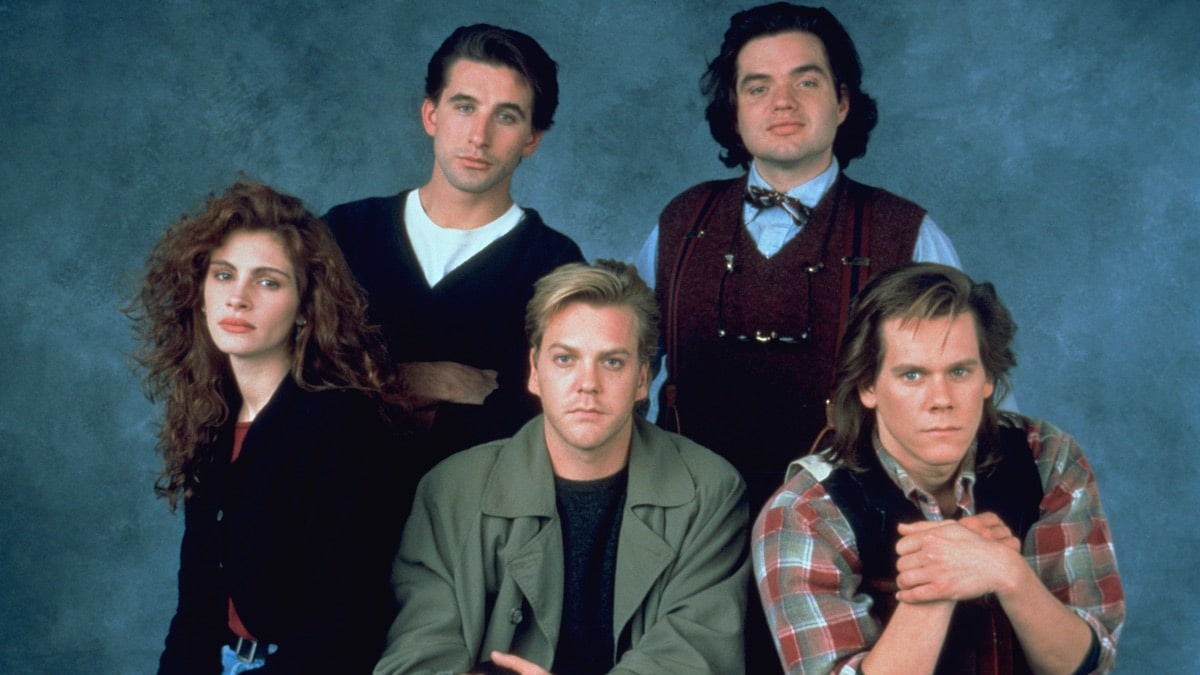 When journalists spotted Roberts wearing a “chunky diamond solitaire ring” in 1990, she said: “It’s a love ring. This was a gift to me. It came to me with no questions, no statements. I thought it was a pretty nice present.” She added that the pair had been dating “for some time.”

Sutherland and Roberts were spotted attending baseball games, a Ramones concert and the Golden Globes together. As she accepted her Best Supporting Actress award for Steel Magnolias, Roberts thanked her “best friend – my beautiful blue-eyed, green-eyed best friend, who gives me everything.” 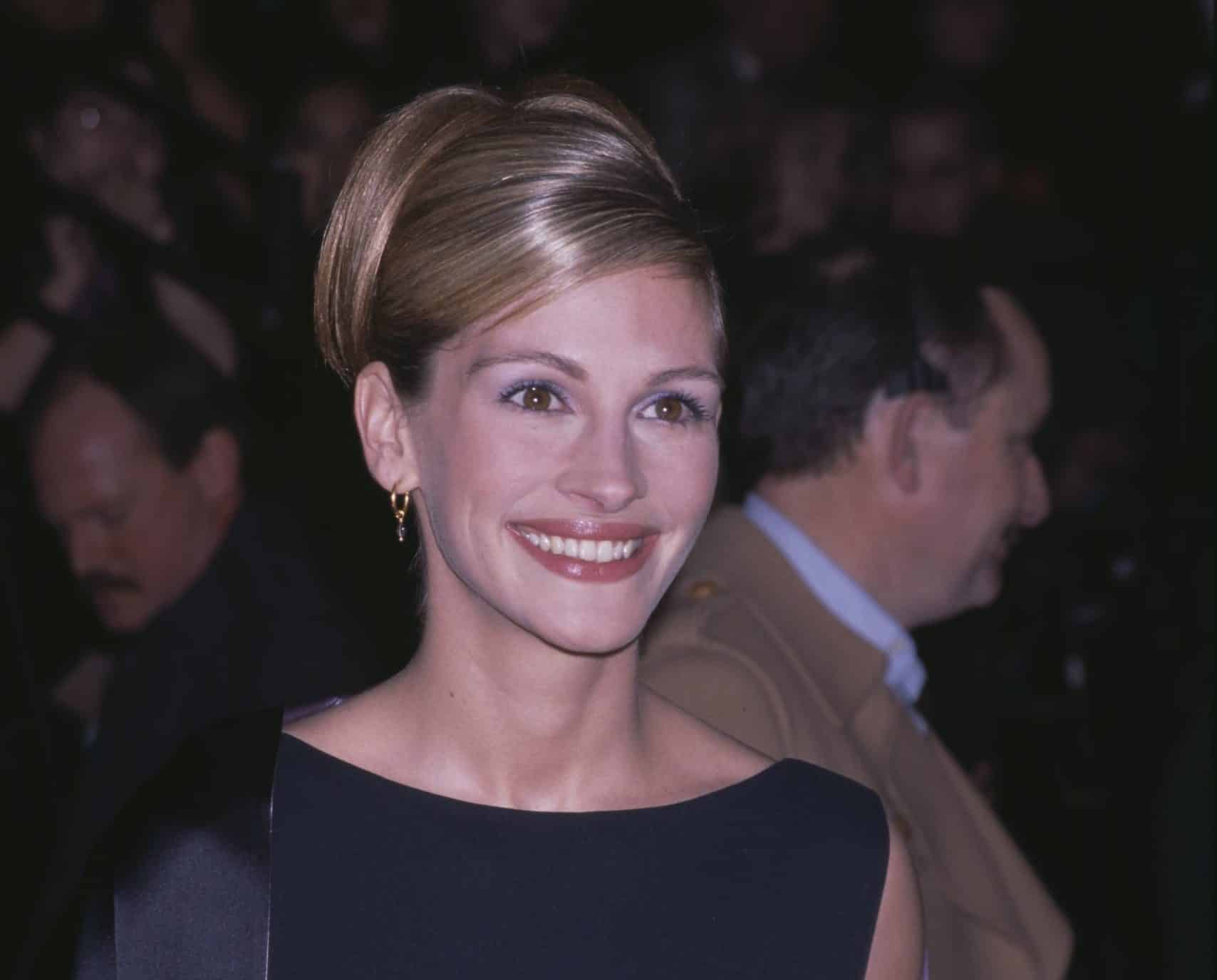 The pair hit a bump in the road a few months later, however, when reportedly Sutherland had an affair with a stripped named Amanda Rice. According to press reports at the time, he left his shared home with Roberts in the Hollywood Hills and moved into a local hotel room with Rice.

Amanda later took her story to the press, claiming that Sutherland described Julia Roberts as an “insecure ice princess.” But Sutherland and Roberts reunited mere weeks afterwards, and Roberts was soon seen sporting an engagement ring.

Their wedding was to take place on 14th June 1991, with the pair exchanging vows at a 20th Century Fox sound stage. The decorations transformed the stage into a pastoral garden, with seating for 150 guests. 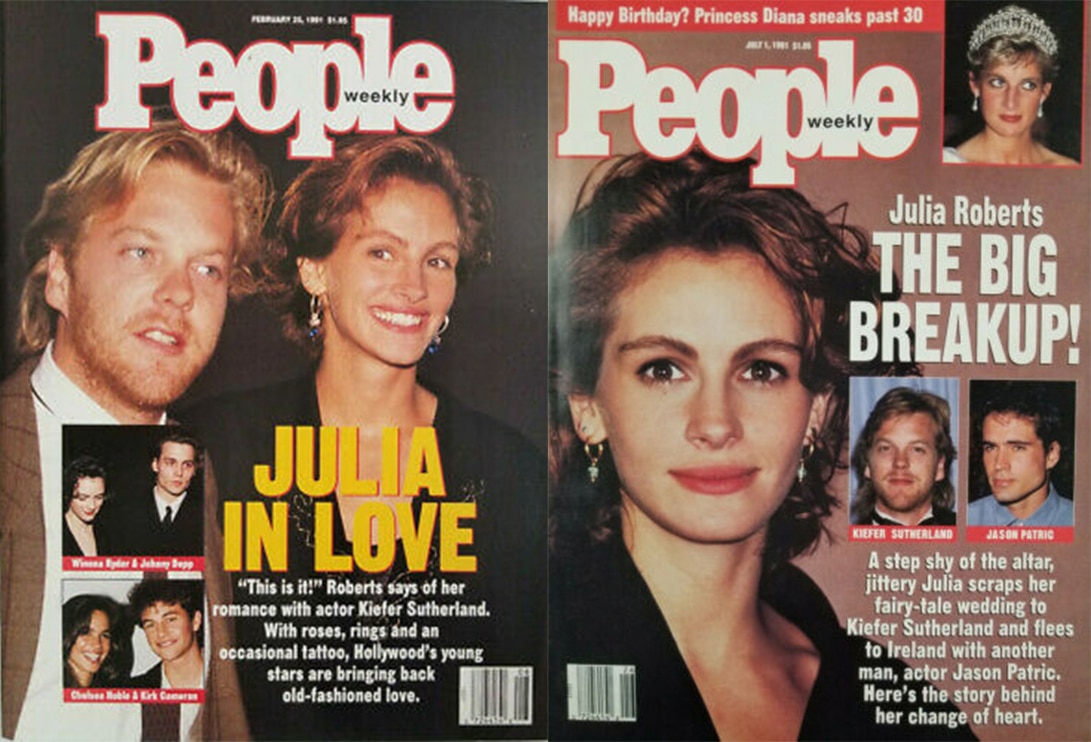 Among the strangest of entertainments was a massive cake for Sutherland’s stag do, that perfectly resembled a 15lb turkey – Sutherland’s favourite animal.

And in contrast to Sutherland’s wedding to Kath, on this occasion, Sutherland’s buddy Patric didn’t voice any concerns. However, as the wedding day approached, Sutherland himself cancelled his bachelor party and was spotted moving out once again from their home.

People Magazine reported, “Julia’s custom-made gown, a two-piece number reported to cost $8,000, hung unclaimed at the Tyler Trafficante West Hollywood salon.” The ceremony was cancelled, and Roberts was instead spotted on a lunch date with Patric. 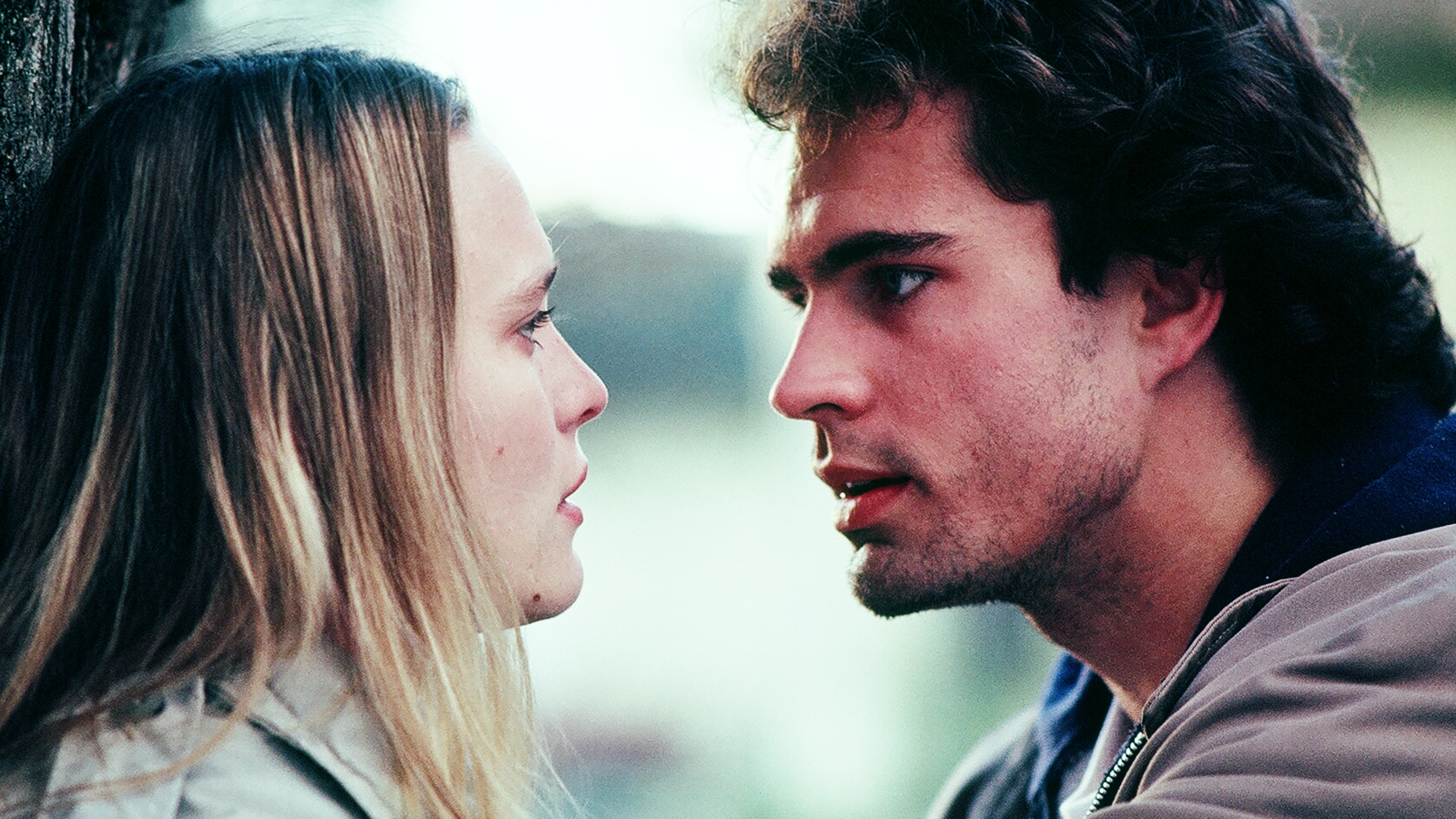 Later that day, Roberts and Patric flew to Dublin, Ireland for a vacation. One source told The Daily Mirror that the pair were “practically making love” on the plane.

However, one hotel in employee in Dublin gave a very different story to People Magazine, saying that the pair checked into separate rooms. “The engagement ring was off her finger,” the staff member noted. “She looked very drawn. She had lost a lot of weight. Her hair was a pale orange, like a dye job gone wrong.”

It was also rumoured that the pair escaped the paparazzi in Ireland by visiting the home of U2 star Adam Clayton in Galway. Once Roberts and Patric returned to the USA, they went public with their new relationship. 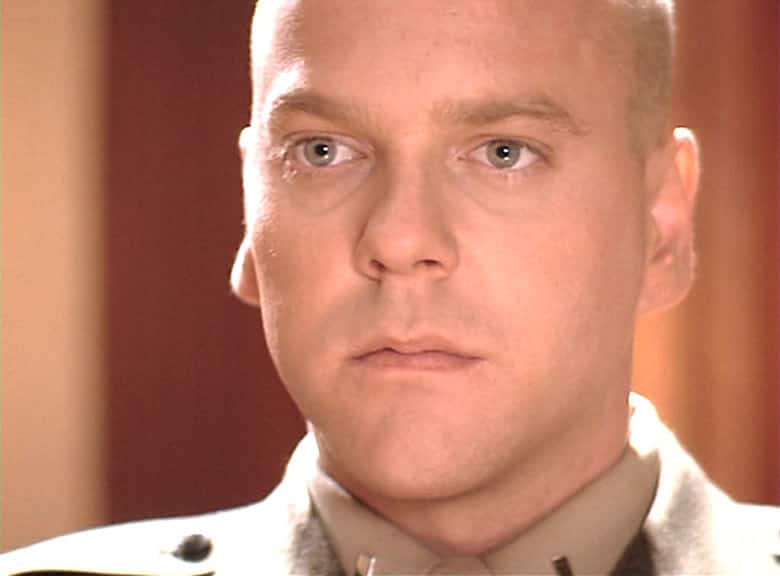 According to the Evening Standard, the jilted Sutherland was furious. He claimed that he had no forewarning that Roberts would cancel the wedding and leave the country with his best friend. “Julia broke my heart,” he reportedly said at the time. “When I get hold of Jason I am going to tear him limb from limb. That snake pretended to be my best friend and all the time he was really after my girl.”

But Sutherland’s anger soon gave way to misery. “I loved Julia very, very much,” he later said. “Afterwards, there were days when I’d say to myself, you were engaged to the number one actress in the world and now it’s over. You blew it, you blew it all.”

Sutherland ended up dropping out of Hollywood in the mid-90s to move to a 500-acre ranch in Montana. He worked anonymously on the cowboy rodeo circuit for a few years, before finding his best-known role, Jack Bauer, in the TV series 24 starting in 2001. 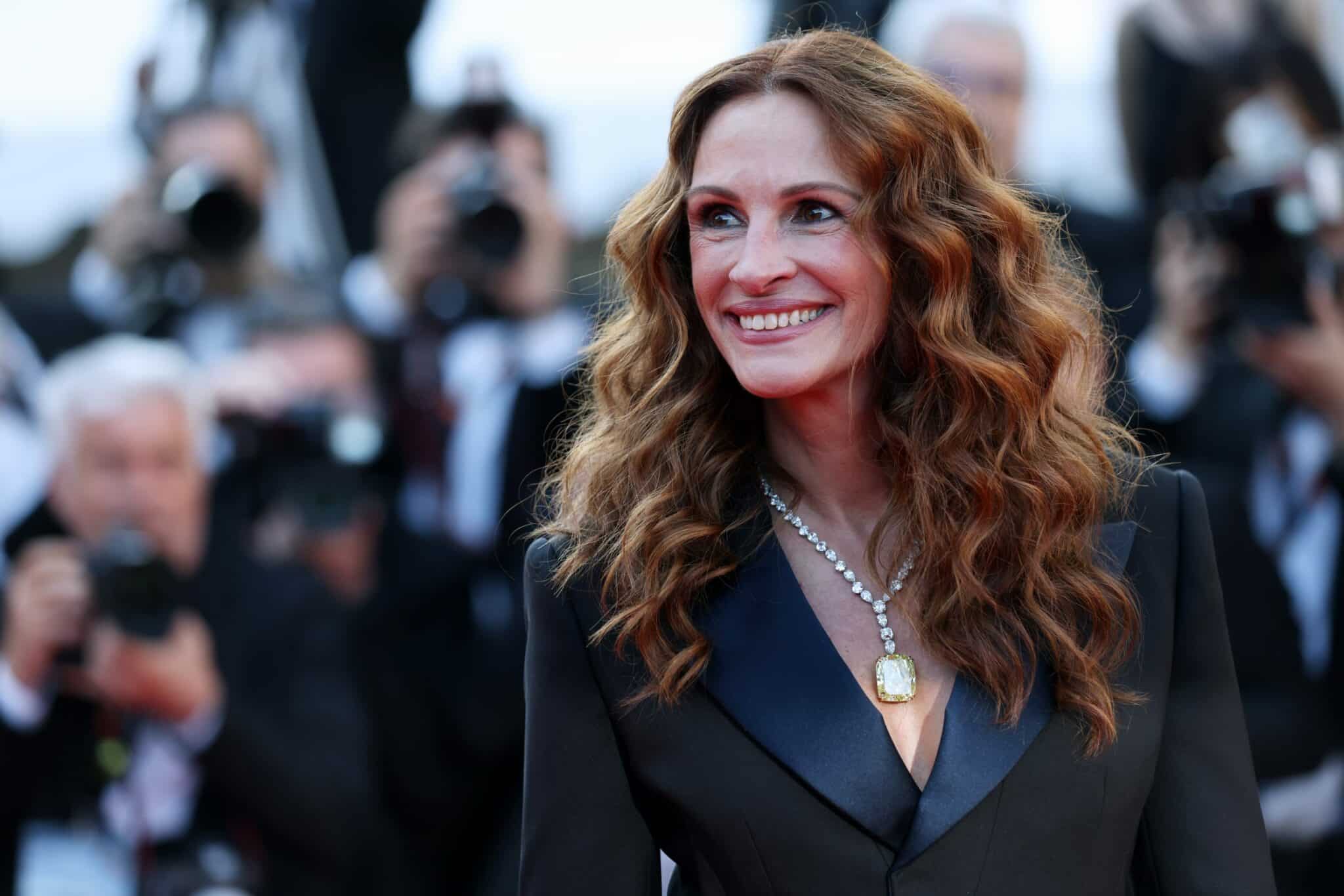 The tabloids would report that Roberts jilted Sutherland on the wedding day itself, leaving him at the altar. However, Patric and Roberts have both said this was a complete myth. “He wasn’t waiting at the altar, it wasn’t the day before, somebody else didn’t tell him, he didn’t see it on TV,” she said of their separation.

Patric later corroborated this, saying, “The large stuff [reported by] the press, being invited to the wedding and taking off with the bride — that’s all bull****.”

The relationship between Julia Roberts and Jason Patric was short-lived, ending in 1992. Patric has since accused Roberts of using her own romantic problems to gain fame.

Roberts responded to this comment in 1994: “Saying that I called all this attention to myself in order to advance my status really hurt me. It is grossly inaccurate. Worse, it was said by someone I know – and we get hurt most by the people we care about.” 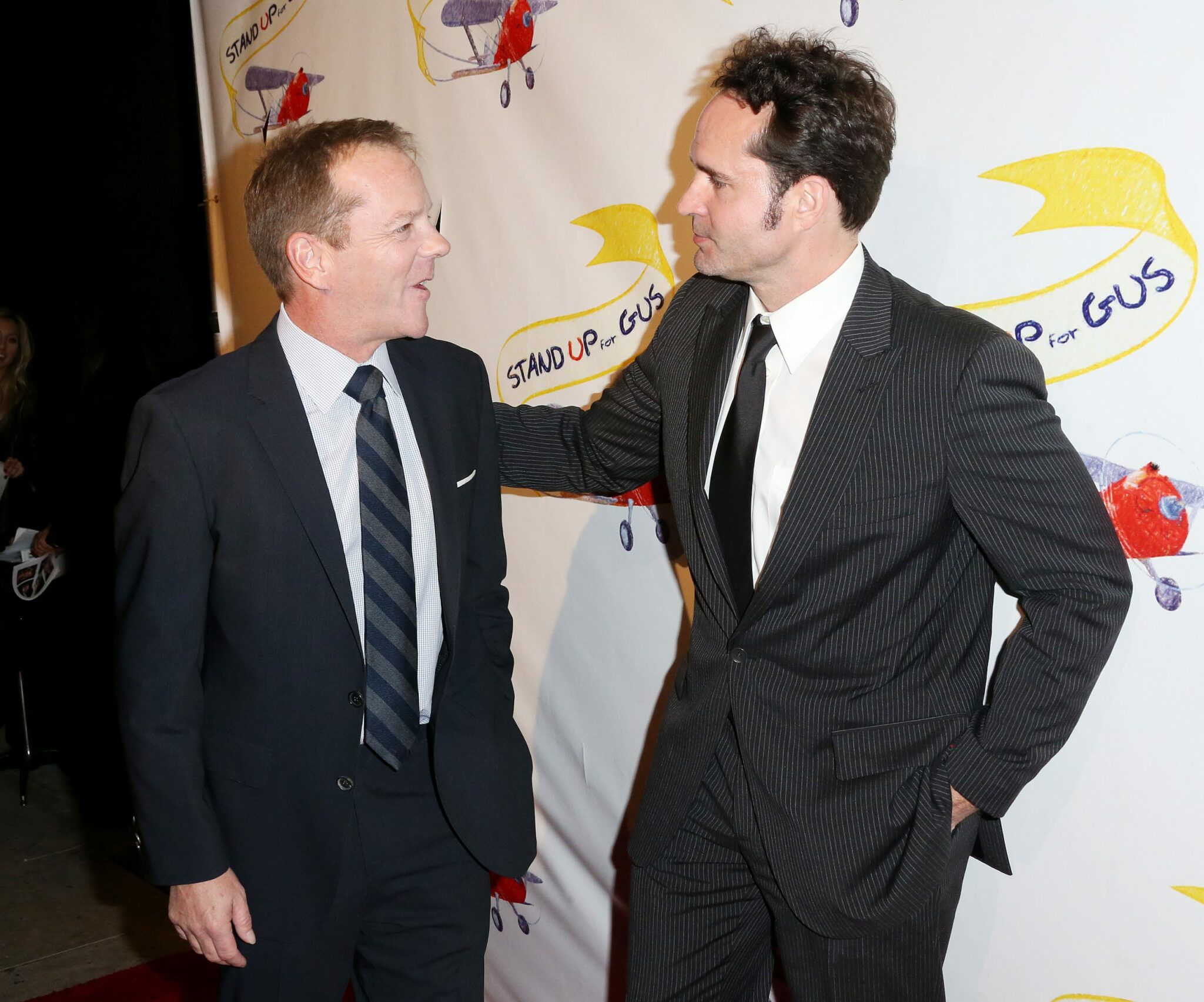 Sutherland remained angry at Patric for many years, saying as late as 2007: “We were friends. I never got a call.” However, Patric and Sutherland have since reunited. In 2011, they starred together in the Broadway show That Champion Season, written by Patric’s father, The Exorcist star Jason Miller.

According to Patric, time and new relationships healed the rift between the two men. “When I saw [Sutherland] again, there were a few words and more of a laugh and a toast,” Patric said in a 2011 podcast.

“I’ve said before that [he and Julia] have both been subsequently married since a couple times and I think they’re both very happy in their lives. What lasted after all that was me and Kiefer as 35-year buddies.” 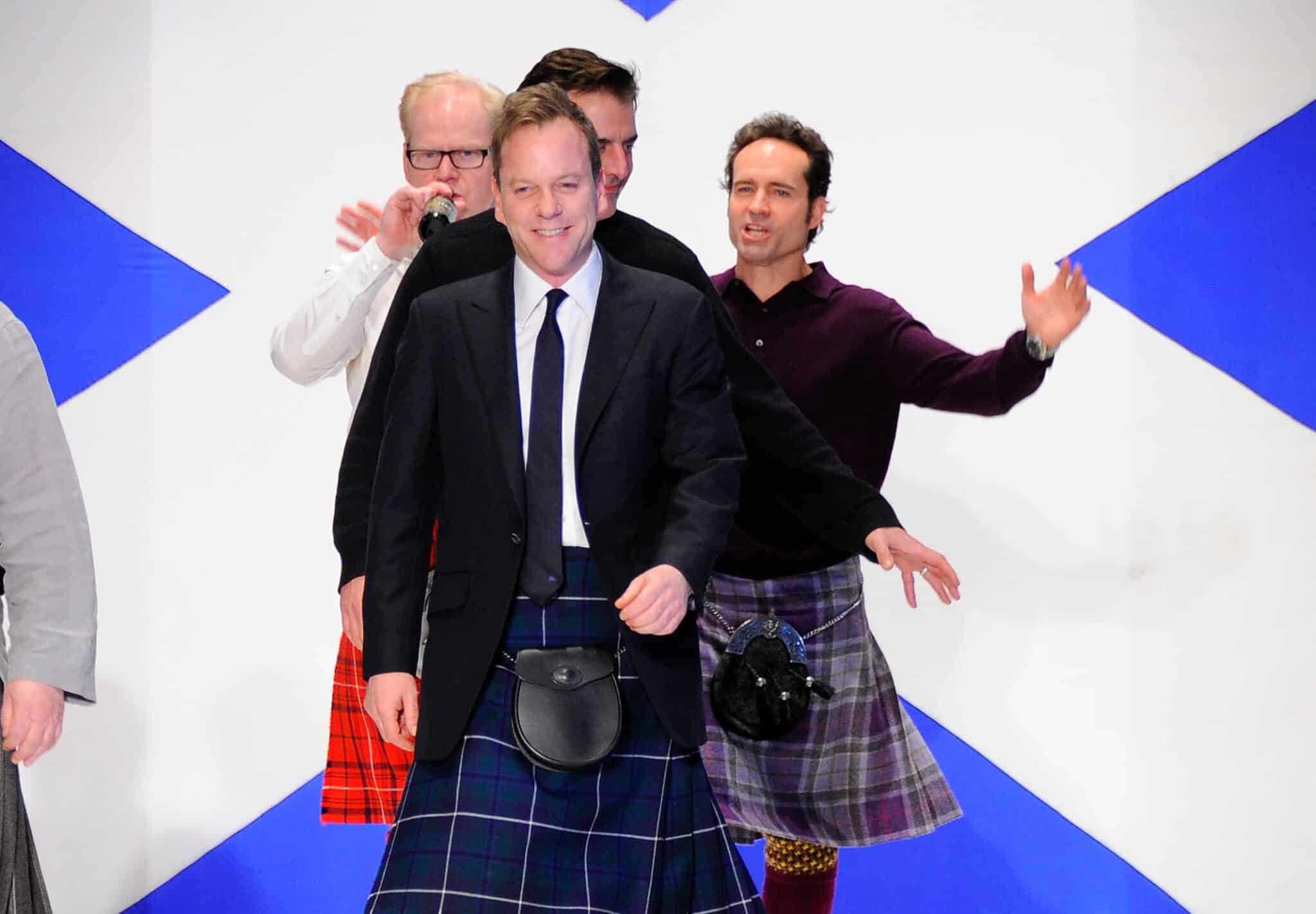 In 2021, Patric elaborated on a podcast alongside Sutherland: “I feel strange talking about what [Roberts] told me or what she told Kiefer because she can speak for herself… Kiefer’s specific relationship, and what they were at the time, that’s theirs.”

Decades later, Sutherland has a more measured view of what happened. Instead of focusing on Roberts and Patric, he has instead attributed the relationship disaster to the immense public scrutiny. He has even praised Roberts for defying the media circus surrounding their romance. 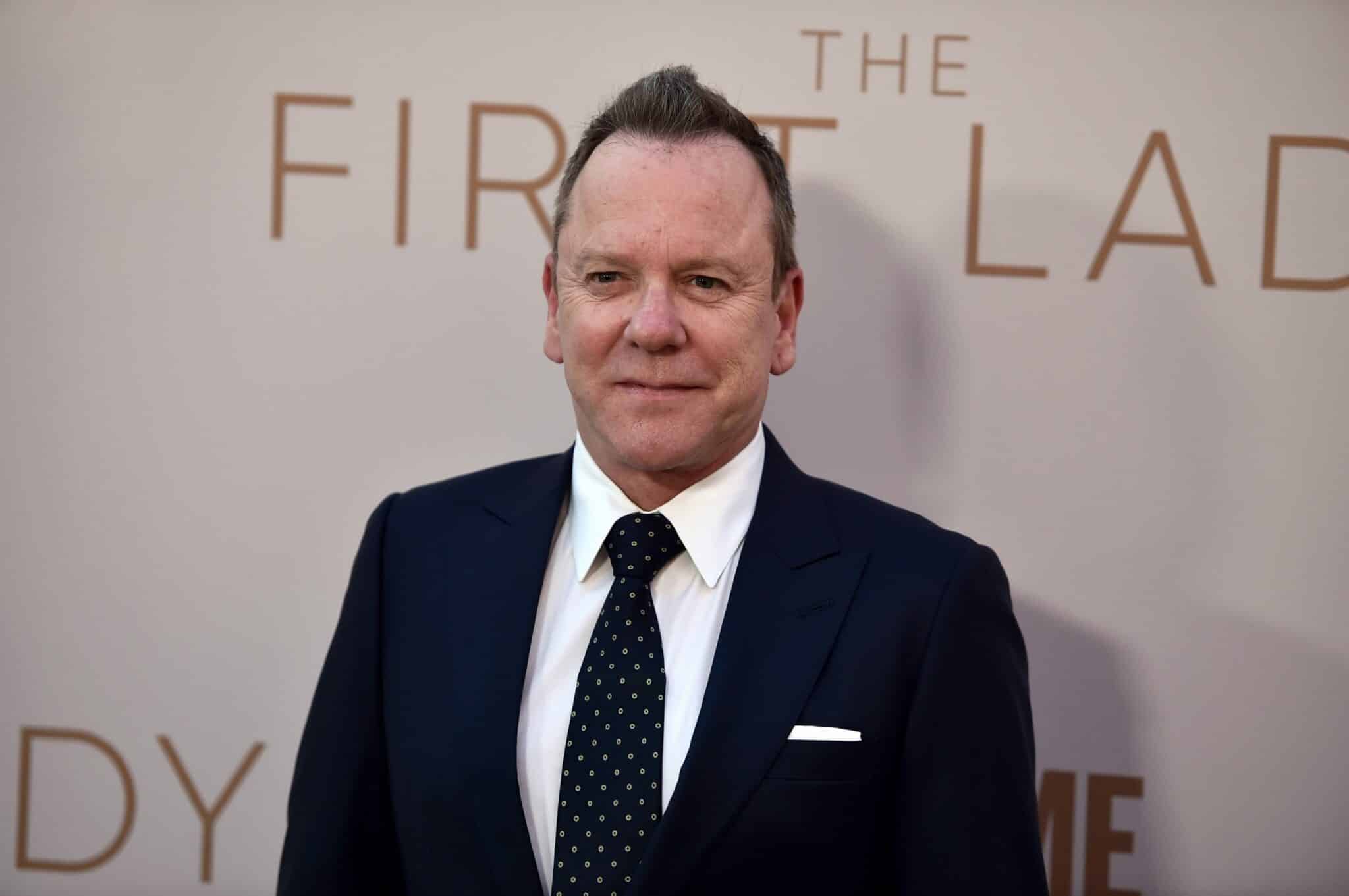 “We were both young, and we were both very much in love, we had decided that we wanted to get married, but then this other thing [the press attention] kind of took over,” he has said.

“She was arguably the most famous woman in the world, and this wedding that was supposed to be something between the two of us, became something so big,” he elaborated.

“I think she had courage,” he concluded. “It wasn’t what she wanted to do in the end. And I think it took a lot of courage, in amongst all of that other stuff, to be able to say, ‘I can’t do this.’”