Jim Carrey may have defined the comedy genre through the 90s, but it wasn’t long before his hilarious slapstick style evolved into performances that were both heartfelt and poignant. As he continued to reduce us to fits of laughter, Carrey also began making films that could just as easily reduce us to tears.

We’ve rounded up some of Carrey’s most hilarious films, as well as five that might just leave you reaching for the tissues. 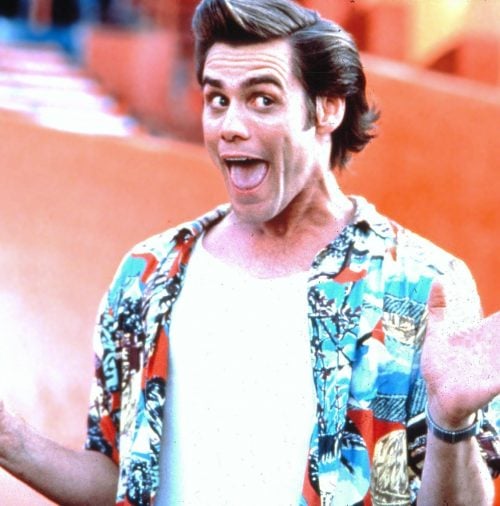 Ace Ventura was Jim Carrey’s breakout film, and the role of the eccentric, madcap pet detective seems tailor-made for the actor. That’s because it was.

Carrey landed the part of Ace Ventura after producers saw his performance in the sketch comedy show In Living Color and decided his vast array of unique facial expressions made him perfect for the role.

Carrey was given complete creative freedom, as he helped to rewrite the script and improvised much of his dialogue. Carrey was determined to make Ace as “ridiculous” as possible – we can safely say he succeeded on that count.

9. To make you cry – Eternal Sunshine of the Spotless Mind 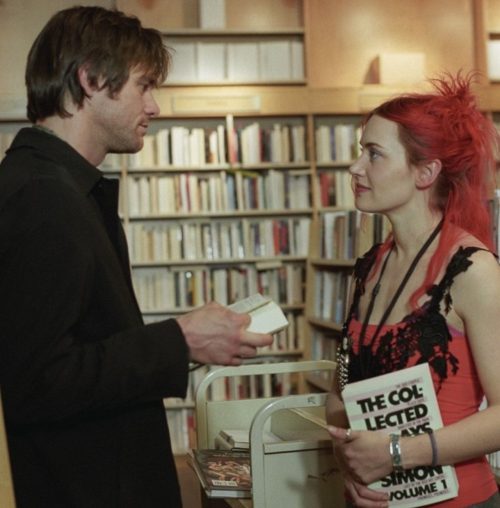 A real tear-jerker, Eternal Sunshine of the Spotless Mind will get you thinking…then crying…then thinking again. Carrey plays Joel, an introverted man of few words who seeks to erase his ex-lover, Clementine (Kate Winslet), from his memory with the help of newfangled technology.

We sit back and watch helplessly as Joel travels through the darkest corners of his mind, desperately clawing at memories of his fading Clementine. Whilst this concept may sound bleak, there are lighter elements too, such as the scene where we see Carrey regress to a four-year-old Joel and proudly proclaim that he “likes being bathed in the kitchen sink”.

Eternal Sunshine of the Spotless Mind is a masterpiece of its time, one that might bring out your deepest insecurities and leave you searching within yourself for the person you used to be before you were chipped away at by heartache and loss. 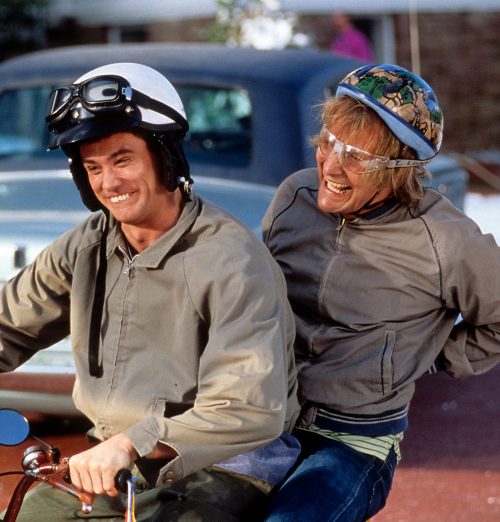 In true Carrey style, screwball comedy Dumb and Dumber is guaranteed to bring you to tears (of laughter, of course).

Lloyd Christmas’ unique chipped tooth is a focal point of the film, and it turns out this was no prosthetic but the result of a grisly childhood accident of Carrey’s. The comedian simply removed his tooth cap to achieve the look.

Dumb and Dumber solidified Carrey’s position as a pioneer in the comedy world and has since become a cult classic. 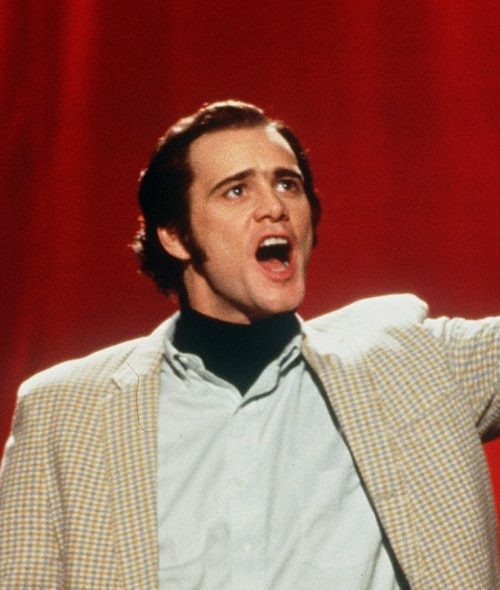 Man on the Moon is an autobiographical comedy-drama which sees Carrey star as the late American entertainer Andy Kaufman.

Carrey’s Golden Globe-winning performance gained notoriety, largely due to his approach to method acting. Carrey fully immersed himself in the role, even developing traits and ticks characteristic of Kaufman himself and staying in character throughout the film’s shoot.

All in all, Man on the Moon is a touching tribute to Kaufman, documenting him at his best, and his worst. 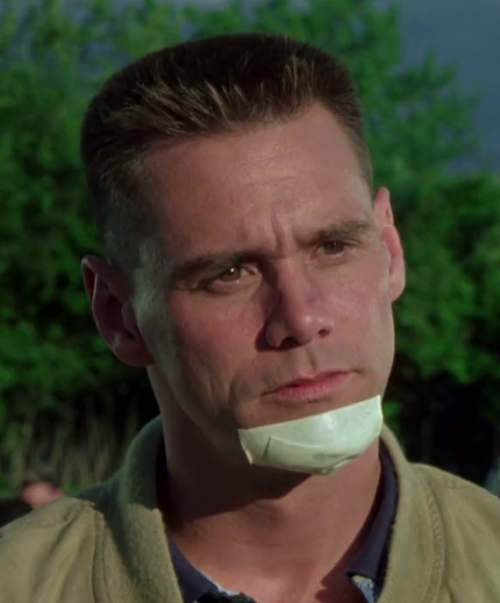 A comedy with a darker side, Carrey’s portrayal of a man who suffers a psychotic breakdown resulting in him developing an extra personality will leave you giggling and perhaps a little disturbed.

The plot of Me, Myself and Irene is decidedly unoriginal, and often resorts to outrageous shock tactics. Despite this, Carrey is most comfortable playing this kind of slapstick character, and his crude one-liners, although too vulgar for some, pack some serious punch.

5. Cry – I Love You Phillip Morris 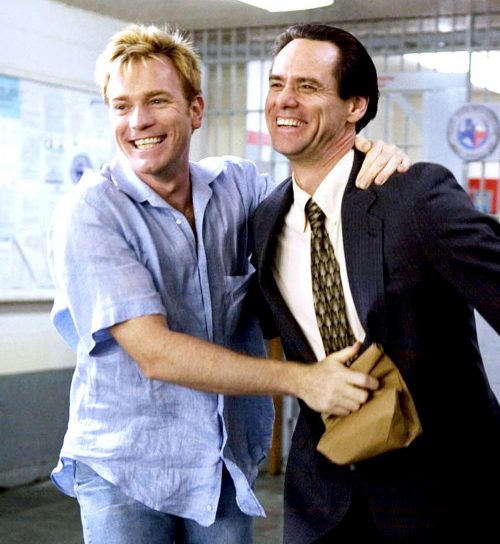 Carrey and Ewan McGregor are the comedy dream team we never knew we needed. Combining a typically loopy Carrey performance and the elements of a poignant love story, I Love You Phillip Morris is frank in its portrayal of undying love and dedication.

A tale of two cons might not seem like the most romantic affair, but its consistently touching and funny tone ensures it pulls on even the hardest of heartstrings.

As outlandish as it might seem, I Love You Phillip Morris is based on the true story of con artist and multiple prison escapee Steven Ray Russell. 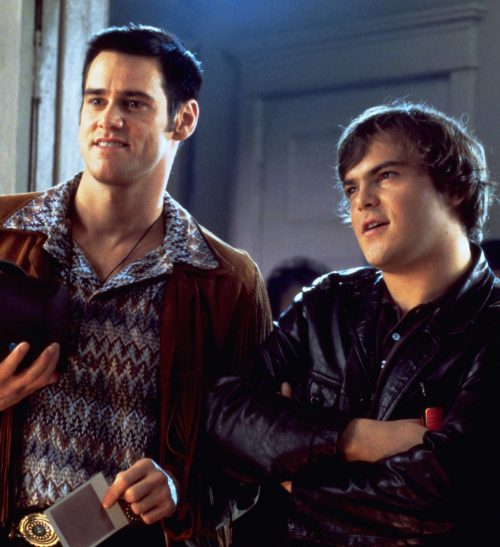 The Cable Guy is surely one of the highlights of Carrey’s career; a deranged man with leech-like qualities may not sound like the most hilarious concept, but behind the outright hilarity is a sense of genuine poignancy.

And indeed, Carrey is the master at creating these moments. What could have turned out to be a slapstick comedy severely lacking in depth becomes a social commentary, exploring the themes of loneliness, friendship and obsessive behaviour.

Some, including Roger Ebert, felt that Carrey took the role too far; that his “bizarre and creepy” performance undermined any sense of comedy. Nonetheless, the film has since firmly cemented itself as a nuanced classic. 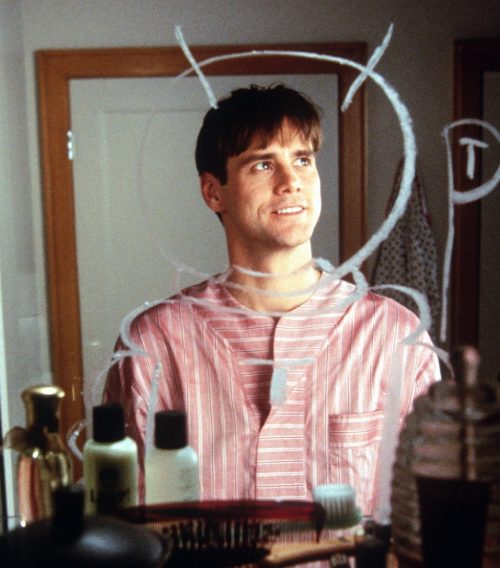 One of the most iconic films of the late 20th century, The Truman Show, a film about reality television made before the TV genre’s time, is unnerving in its surreal portrayal of an alternate reality – a reality which now looks an awful lot like today’s society.

For aren’t we all in our very own Truman Show? We are constantly under surveillance and desperately seeking to find some kind of meaning in our very meaningless lives.

Carrey excels in his portrayal of a character who learns the truth and finds his whole existence is a lie. The Truman show incites its viewers to question the authenticity of life, and whether authenticity is all that important after all. 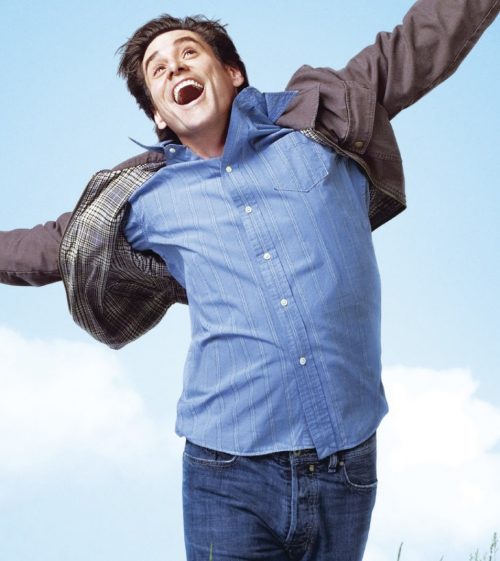 Yes Man is the perfect film for anyone stuck in a rut. Carrey plays Carl Allen, a man at a standstill until one day he decides to take the plunge and start saying “yes” to everything.

What could possibly go wrong? Well, this being a Carrey movie, quite a lot actually.

Yes Man is perhaps more reserved than other Carrey films – you get the sense that the comedian is holding back somewhat, unable to “go wild” in true Carrey style – but it remains one of the actor’s more underrated efforts. 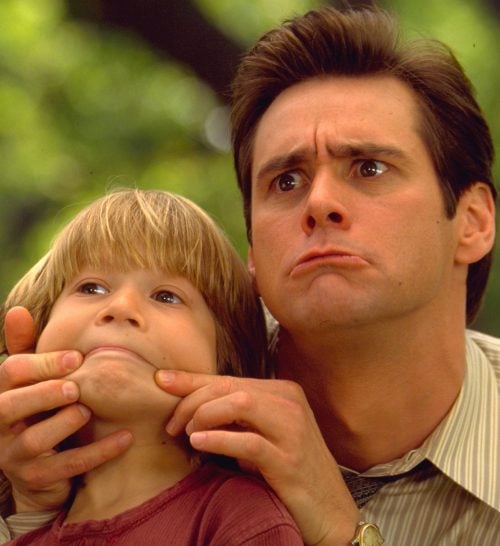 In Liar Liar, Carrey plays Fletcher Reede, an attorney who is so caught up in winning that he becomes consumed by his work. Unable to tell the truth or spend any meaningful time with his five-year-old son, Max, Fletcher’s life magically changes when Max makes a birthday wish for his dad to “stop lying”.

Liar Liar is uncomplicated in its plot, as a simple tale of morality and the tribulations of parenthood. Carrey’s unique brand of physical humour carries the film through, providing moments of hilarity galore.

But beneath the film’s blatant slapstick humour (see: Carrey hitting himself with a toilet seat), there is a thinly veiled element of plaintive realism, especially as Fletcher begins to deal with his inner conflict and learn the true meaning of happiness.