Few star actors have suffered so harsh a fall from grace as Jan-Michael Vincent. As the leading man of 80s TV hit Airwolf, Vincent was for a time the highest-paid actor on television. But in the space of only a few years, Vincent was fired from the show in the wake of low ratings and a slew of off-camera issues including addiction problems and assault charges.

Failing to ever get his career airborne once again, Vincent in his later years went through all manner of personal woes, not least a series of traffic collisions that took a major toll on him physically. The actor would gradually deteriorate, before finally passing away in 2019, all but forgotten by a public that once loved him. 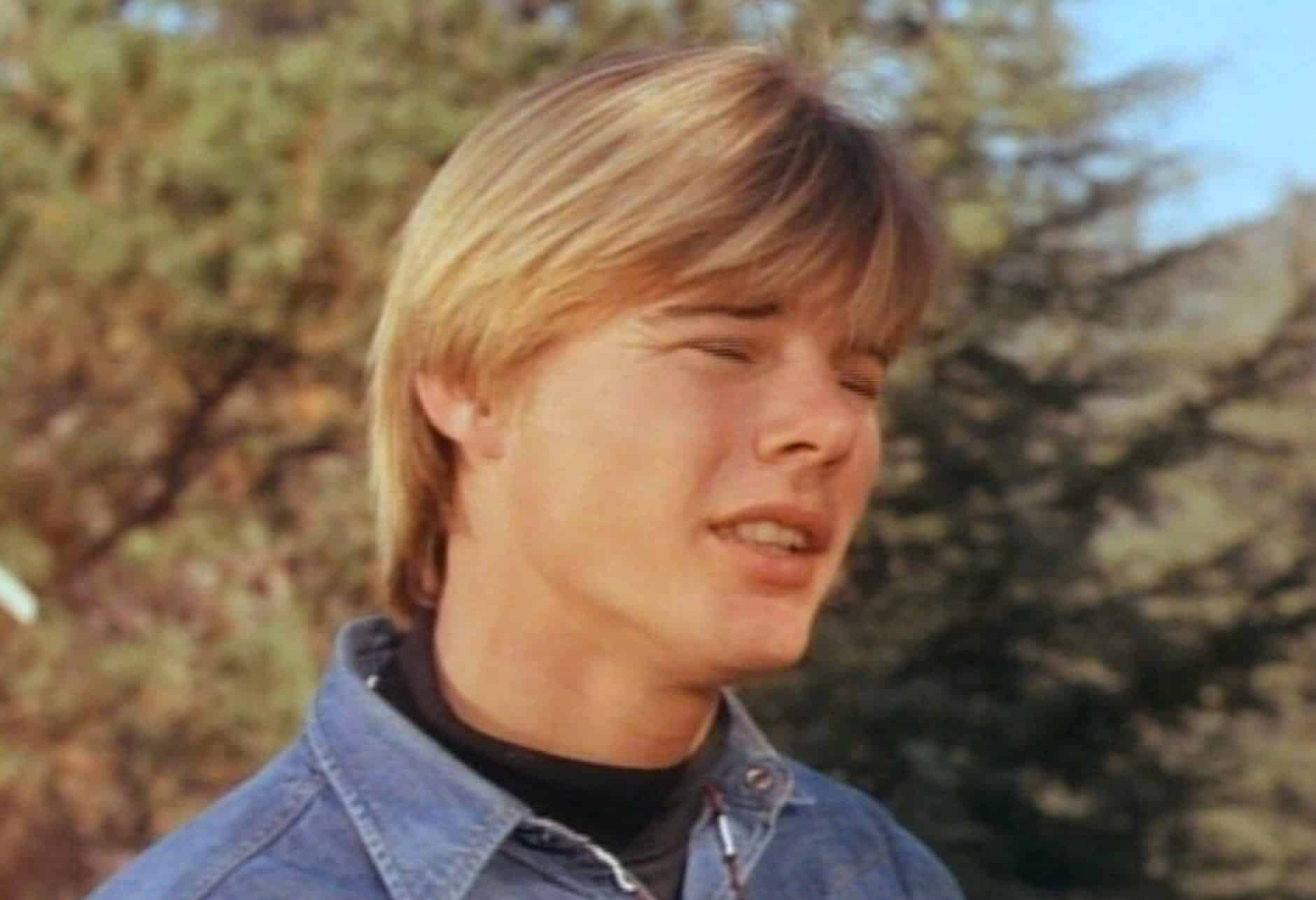 Born on July 15, 1944 in Denver, Colorado, Jan-Michael Vincent broke into acting in the late 60s. His athletic build and good looks saw him frequently cast in heroic adventurer roles in such family-friendly shows as Lassie, Bonanza and Danger Island. He married first wife Bonnie Portman in 1968, and in 1972 she gave birth to their only child, Amber Vincent.

By the early 70s, Vincent began to move towards somewhat edgier roles, notably with 1971’s Going Home, which earned him a Golden Globe nomination. After this he grew more in demand as a film actor, and towards the end of the decade he clocked up a series of leading roles in such modestly successful B-grade movies including Shadow of the Hawk, Vigilante Force and Damnation Alley.

1978 surfing drama Big Wednesday (in which Vincent took the lead alongside the similarly troubled Gary Busey) looked set to provide a major breakthrough, but while the film has built a cult following with time, it proved a flop on release, and for a few years Vincent’s career seemed to be on the wane. 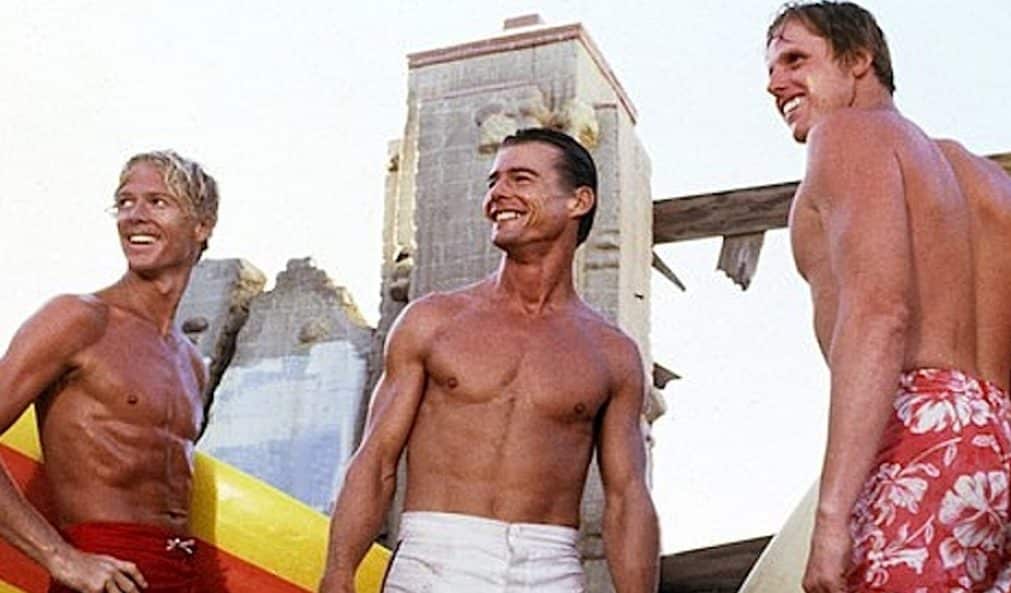 Big Wednesday was one of a number of personal woes for Vincent at the time: he was arrested three times in the late 70s for cocaine possession, and his marriage ended in divorce in 1977. Things picked up professionally in 1983, however, when Vincent joined the ensemble of acclaimed TV miniseries The Winds of War.

Soon after his work on The Winds of War was complete, Vincent signed on to play Stringfellow Hawke, the improbably named helicopter pilot hero of TV series Airwolf. The hi-tech action series quickly won a devoted audience, and with a reported fee of $200,000 per episode, Vincent became the highest-paid TV actor ever for a time. (Today, Reese Witherspoon and Jennifer Aniston share that record, each earning $2 million per episode for The Morning Show.) 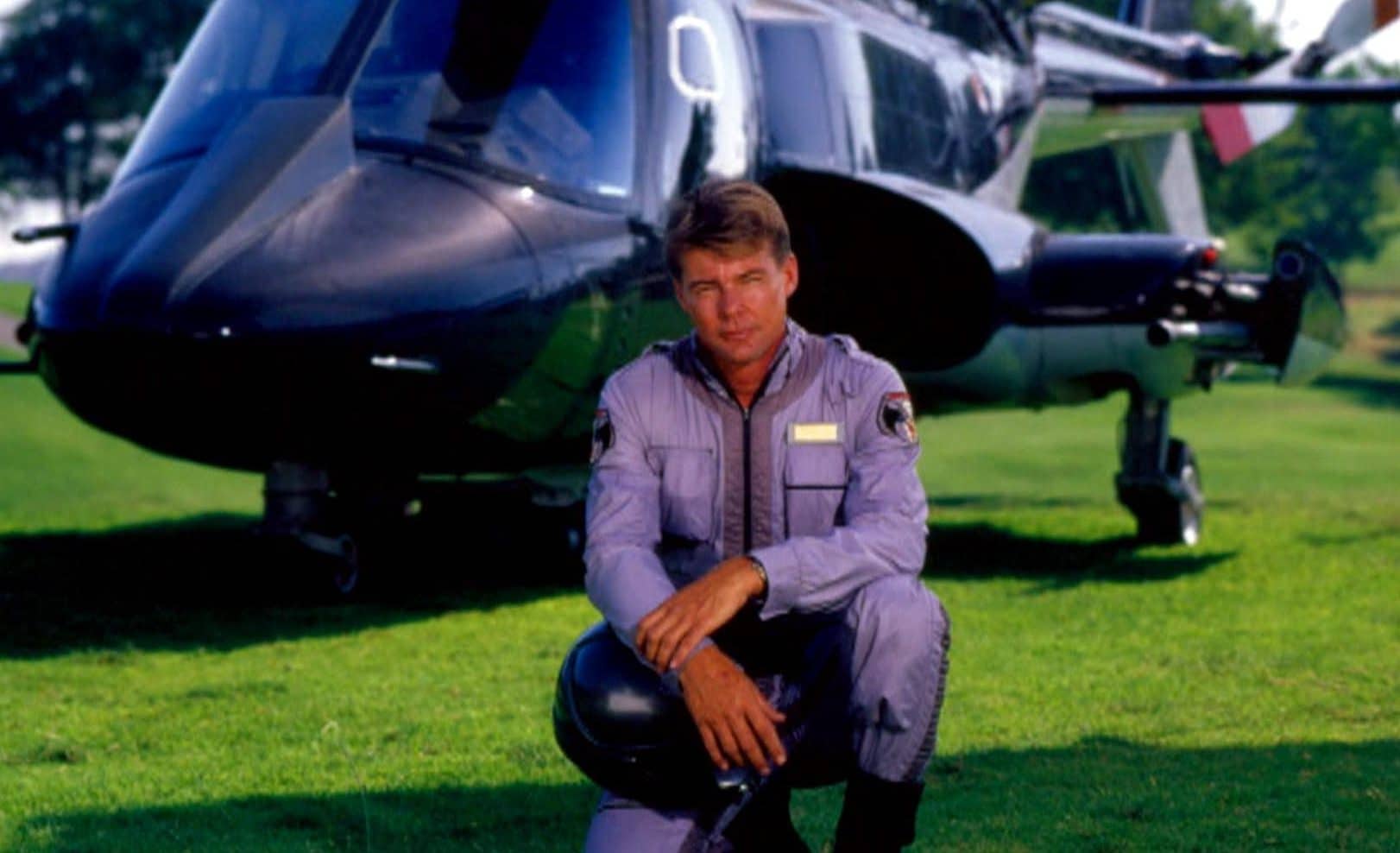 This career breakthrough did little to stem Vincent’s tendency to misbehave. During Airwolf’s first season, a drunken bar brawl saw him arrested, and reports spread of the actor being frequently under the influence on set.

Co-star Deborah Pratt recalled in 1997 that Vincent “would start every morning with a shot of vodka, and by midday he’d be ripped… I asked him once why he did that, and he said, ‘because I don’t understand my talent, and I don’t know why people like me.'”

Vincent’s behaviour off-set grew even more debauched, with his then-partner Joanne Robinson telling many eye-opening stories of heavy drinking, drug use and near-constant infidelity. Such stories naturally made their way to the gossip columns, and the actor’s increasingly shady reputation sat ill at ease with his day job in a relatively wholesome TV series popular with family audiences. 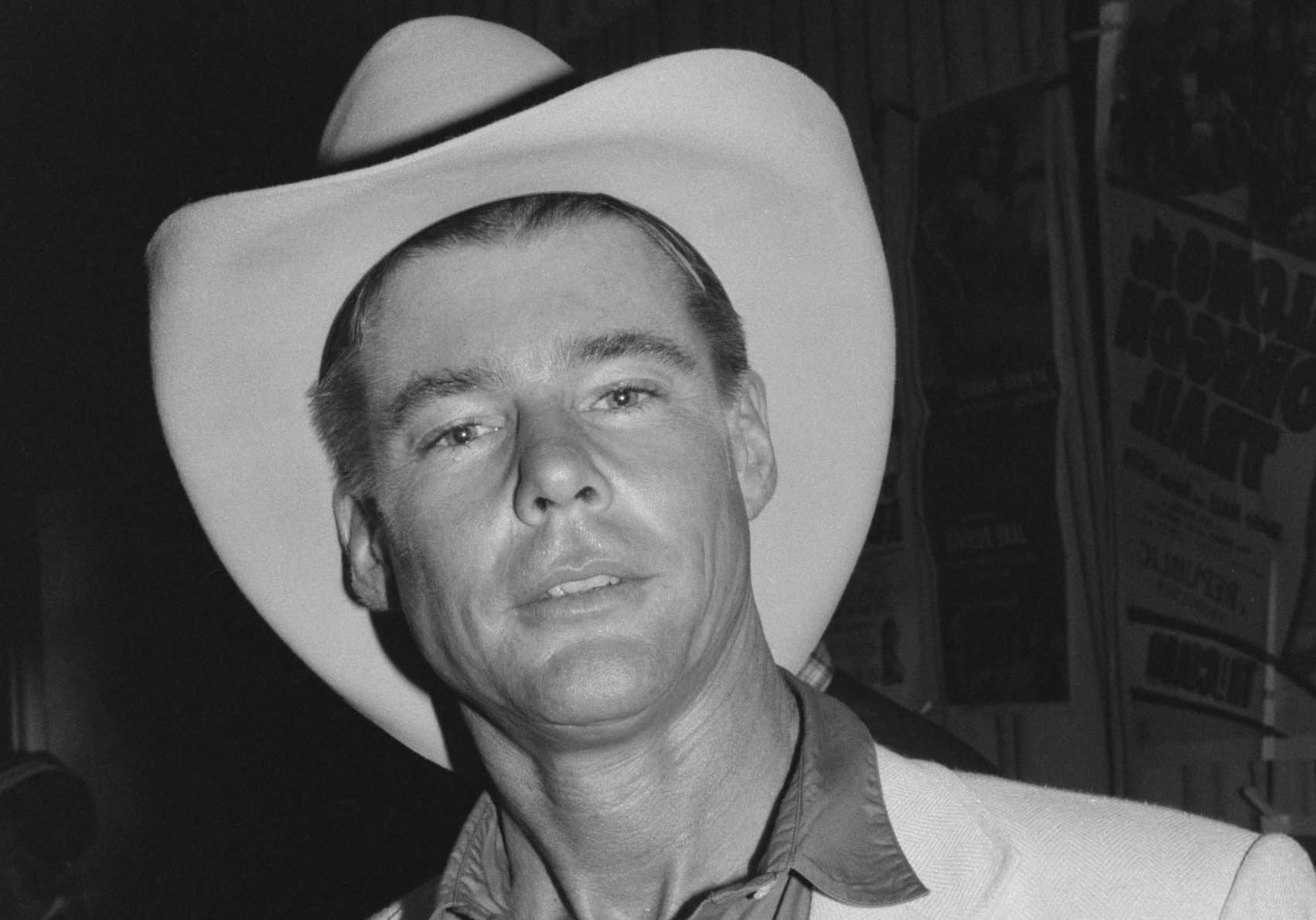 Stints in rehab and Alcoholics Anonymous proved ineffective for Vincent, as did the use of prescription antidepressants. Worse yet, Vincent became violent, both with Robinson and his casual girlfriends.

Gigi Jeffers, Vincent’s handler on the Airwolf set, gave harrowing accounts of abusive behaviour: “One girlfriend I knew, he tied her to a chair and cut off her hair with a carving knife. I saw her the next day – her eyes swollen and black and blue. Joanne just got used to being beaten. She really loved him. She was trapped.”

By the end of Airwolf’s third season, network CBS was done with the show. Vincent’s constant bad behaviour, combined with high production costs and only modest viewing figures, made the show more trouble than it was worth, and they cancelled the series outright. Production company Belasarius then took Airwolf to the USA Network where it was revived with an all-new cast, but this only lasted a single season. 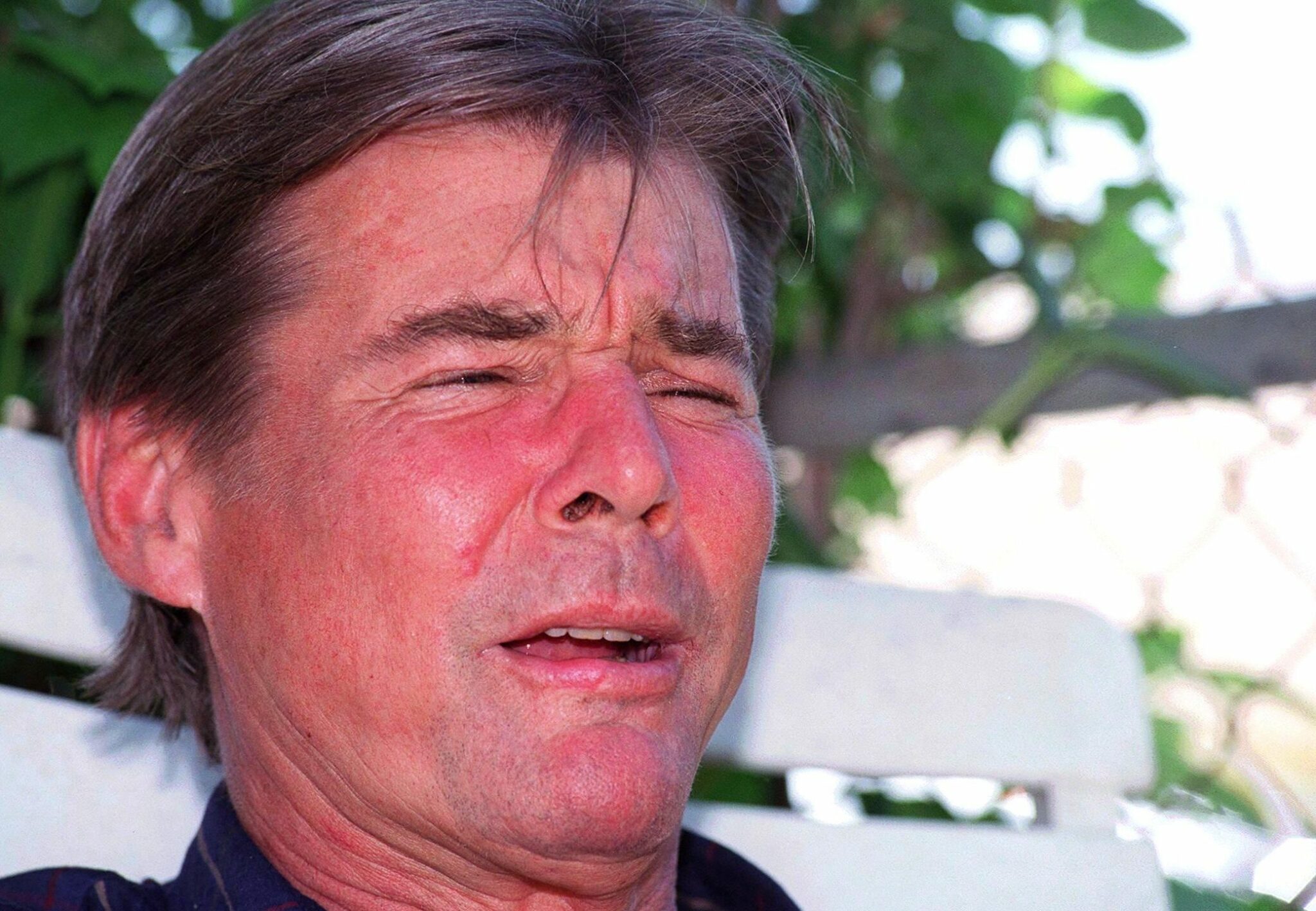 After Airwolf, Vincent would work almost exclusively in cheap straight-to-video productions for the remainder of his career. Unfortunately, this did nothing to amend his ways. Not long after the show’s cancellation, Vincent was in court on assault charges against actress and stuntwoman Chenoa Ellis, although the jury ruled in his favour.

As Vincent’s career faded in the 90s, the actor only returned to the public eye due to a series of car accidents. Vincent was involved in no less than three near-fatal automobile collisions: the first of these reportedly occurred in February 1992, although details on this are scarce. Another incident saw Vincent plead guilty in March 1995 to charges of drunk driving with a suspended licence. 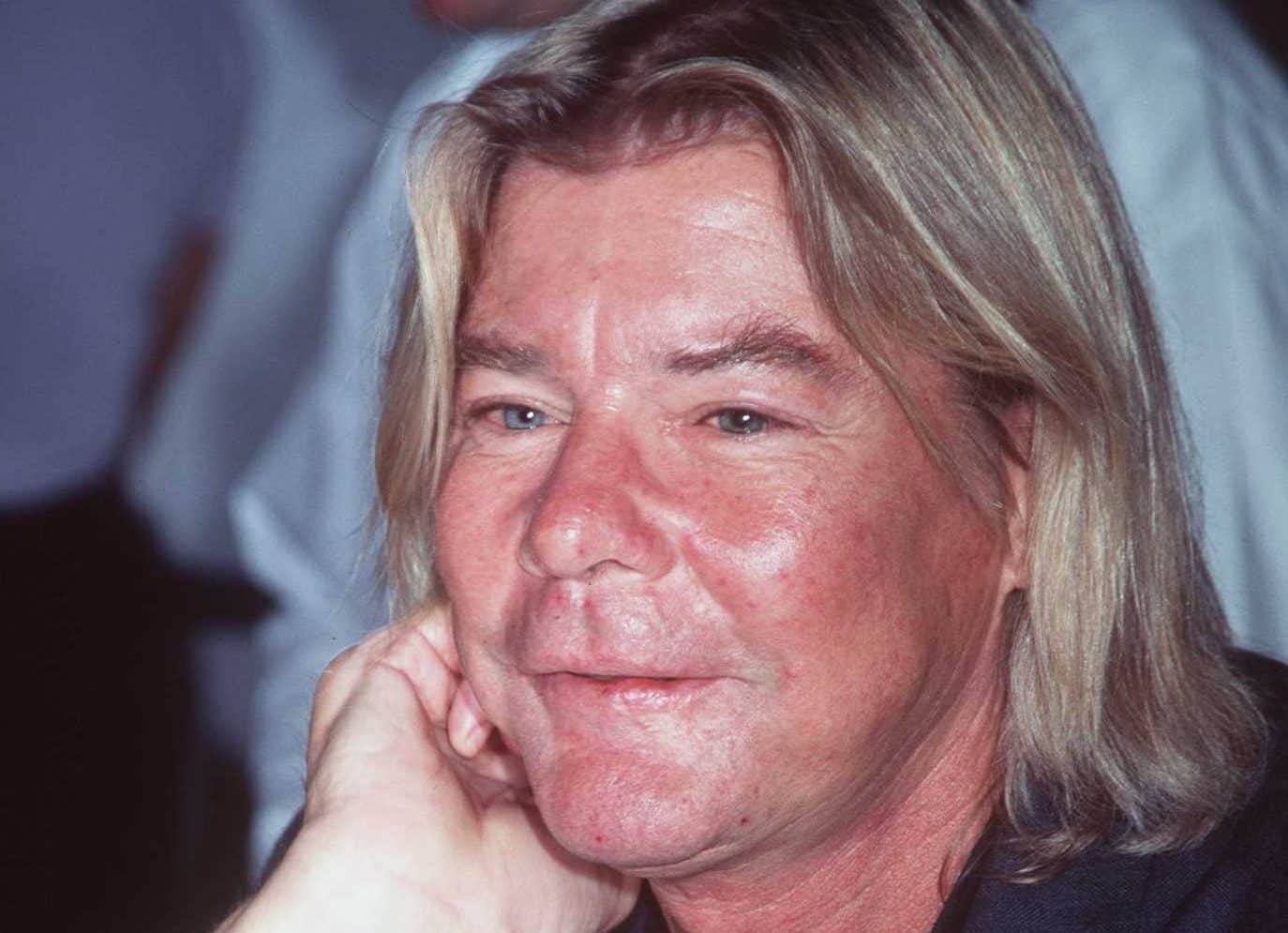 Finally, in August 1996 Vincent suffered his most severe crash; driving whilst more than twice over the legal limit (and still with no licence), Vincent rear-ended the car carrying his then-girlfriend and her children, wound up hitting a street light pole, and broke three vertebrae in his neck.

After receiving emergency surgery, Vincent’s life was saved but his voice was severely afflicted. The actor would later attempt to sue the paramedics who operated on him, arguing the damage to his voice had affected his employment prospects.

This still was not enough to make Vincent change his ways. 1997 saw him arrested for drunk driving once again, and in 2000 he was forced to pay out $374,000 over assault charges from another girlfriend who claimed his abuse caused her to miscarry. It was in 2000 that Vincent also finally wound up behind bars, sentenced to 60 days for violating his probation in relation to his assault charges. 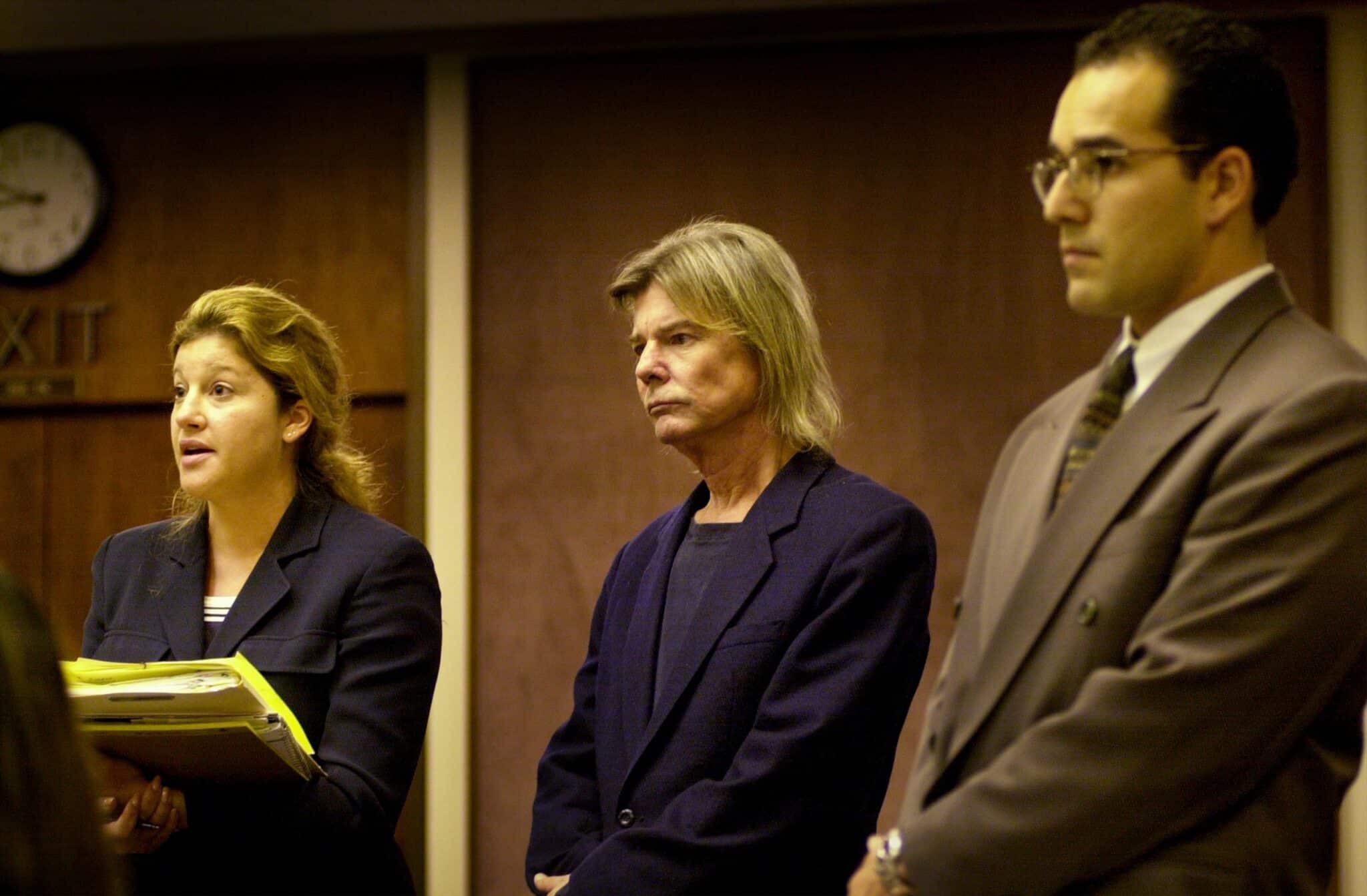 The former Airwolf star’s vehicular mishaps became something of a bad joke in the media, to the extent that an experimental rock band even named themselves The Jan Michael Vincent Car Crash in the early 2000s.

Soon enough, Vincent’s career petered out completely, and after 2002 thriller White Boy, Vincent never acted again. He gave some of his last interviews in 2007 aged 63, appearing on The Howard Stern Show and TV’s The Insider. In both appearances, Vincent showed alarming signs of mental deterioration, failing to remember significant events from his past including his car accidents. 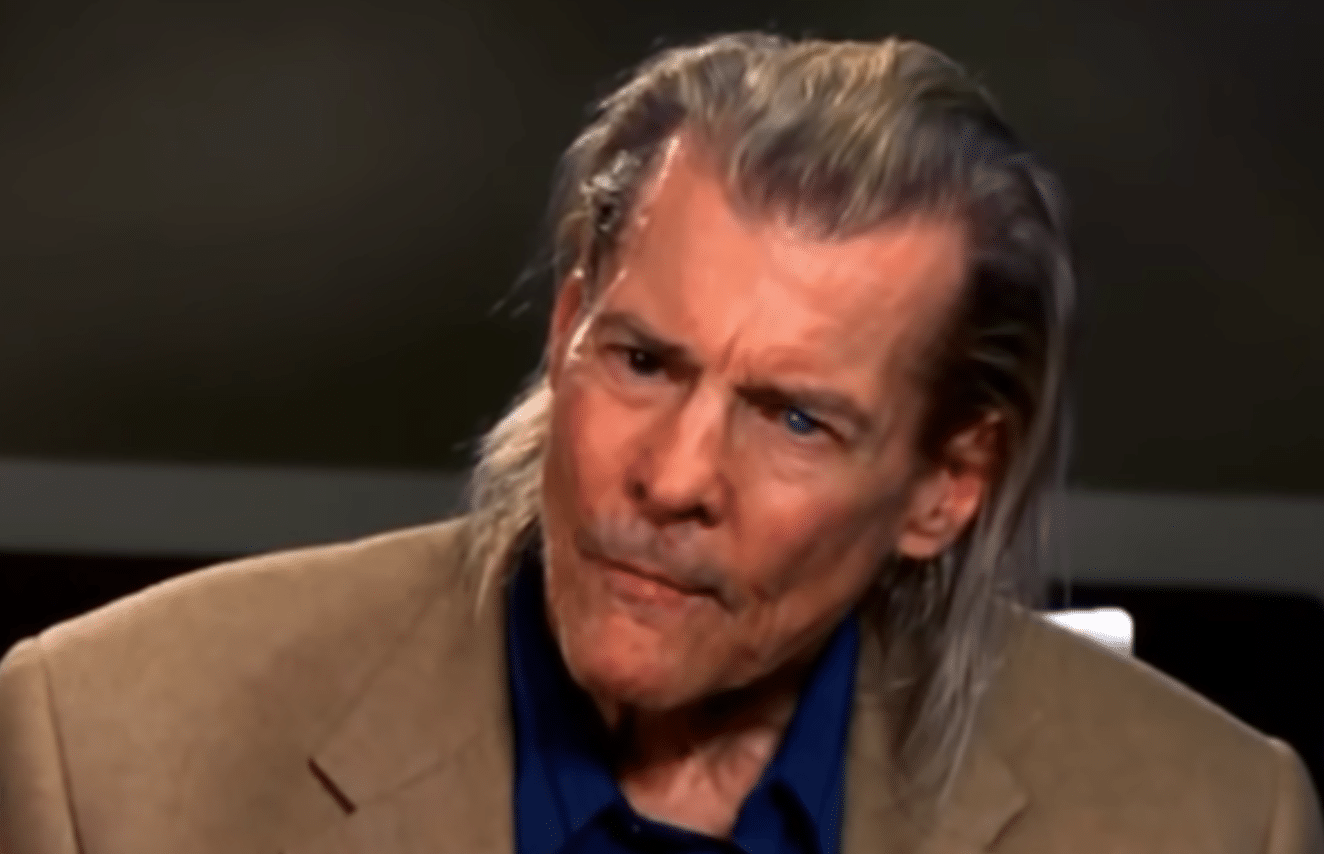 The years of excess took their toll on Vincent physically. In 2012, his right leg was amputated below the knee due to complications from peripheral artery disease, requiring him to either walk with a prosthetic leg or use a wheelchair for the remainder of his life.

Vincent would eventually pass away aged 74 in February 2019, after suffering a cardiac arrest. In a sad reflection of how far he had fallen from grace, Vincent’s death didn’t make the news until three weeks later. After a lifetime of abhorrent behaviour, the actor had long since burned his bridges and thrown away the talent which had once earned him the admiration of millions.