James Corden might be a big cheese in late night US television, but that doesn’t mean the actor and comedian is to everyone’s taste.

Unfortunately for James, who shot to fame in the UK as the writer and star of Gavin & Stacey, he just found that out the hard way.

Yesterday, Corden took to Reddit AMA, where he compelled the internet to “Ask me anything” – and promptly got roasted. 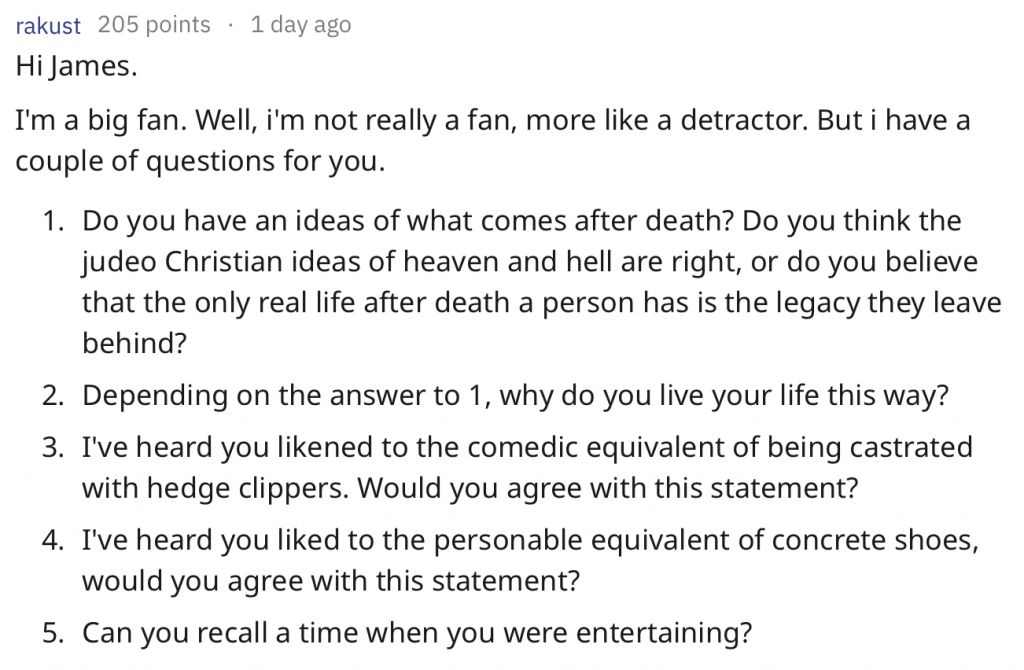 Rather than ask the Late Late Show host questions, most of the redditors who took part in Corden’s AMA took the opportunity to get personal.

“Have you ever considered being funny or likable?”, from Deku_silvasol, was one response repeated fairly widely.

“Ever thought about coming back to the UK? And if so, what can we do to stop you?”, from u/Ultra-ChronicMonstah, was another popular one among British redditors. 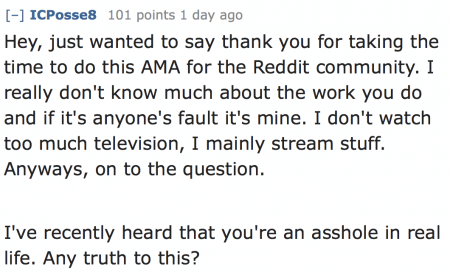 Questions about Corden’s character in real life, away from his on-screen persona, also abounded.

One redditor named JamesCordonIsAD**k (asterisks ours) went so far as to tell their own unflattering story about Corden.

“I saw a league of their own filming live, threw multiple tantrums over minor things at the production staff, with him being incredibly rude to them, which made the other regulars seem very awkward like it was usual…

“At the end of the filming people got up to go get pictures with James and he massively kicked off shouting at people to go away and to go back to their seats and the few he did let have pictures with he was moody as.”

There was also the story of the time Corden allegedly tried to reduce pay for writers who work on late night TV shows.

LittleDockey summed it up thusly: “Corden allegedly showed up to a WGA union meeting for late night writers with an executive producer and none of the writing staff.

“Before hearing out any of the actual late night writers, James was the first to speak when the meeting opened up to the floor. At which point, he advocated less pay for new writers – with the supposed justification being that it was so he could afford to hire writing assistants.”

Unsurprisingly, Corden didn’t respond to any of the negative comments, which were ample – though one or two friendly posts did get through.

Regrettably for Corden, after all the hate, the more positive comments were met with scepticism. 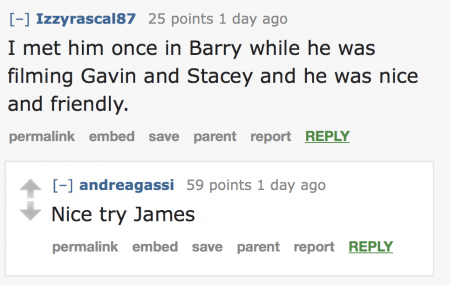 Uncle_Herschel asked if Corden had come to the right place: “James, did you realize you posted on r/IAmA instead of r/RoastMe?”