Before the Red Hot Chili Peppers became one of the biggest bands in the world, frontman Anthony Kiedis was involved in a somewhat questionable relationship with then up-and-coming film actress Ione Skye, who would become best known for her role in 1989’s Say Anything.

Kiedis (born November 1st 1962) is eight years the senior of Skye (born September 4th 1970). They began dating when he was 24 and she was just 16, two years below the legal age of consent in their home state of California. It was a troubled relationship which both parties have expressed regrets about.

Ione Skye (full name Ione Skye Leitch) is the daughter of British singer-songwriter Donovan and model Enid Carl. Her parents never married, and were, Skye says, “on and off” before she was born; Skye had little contact with her father growing up. She has since pondered that her romantic attraction to musicians might in some way be rooted in the absence of her musician father. 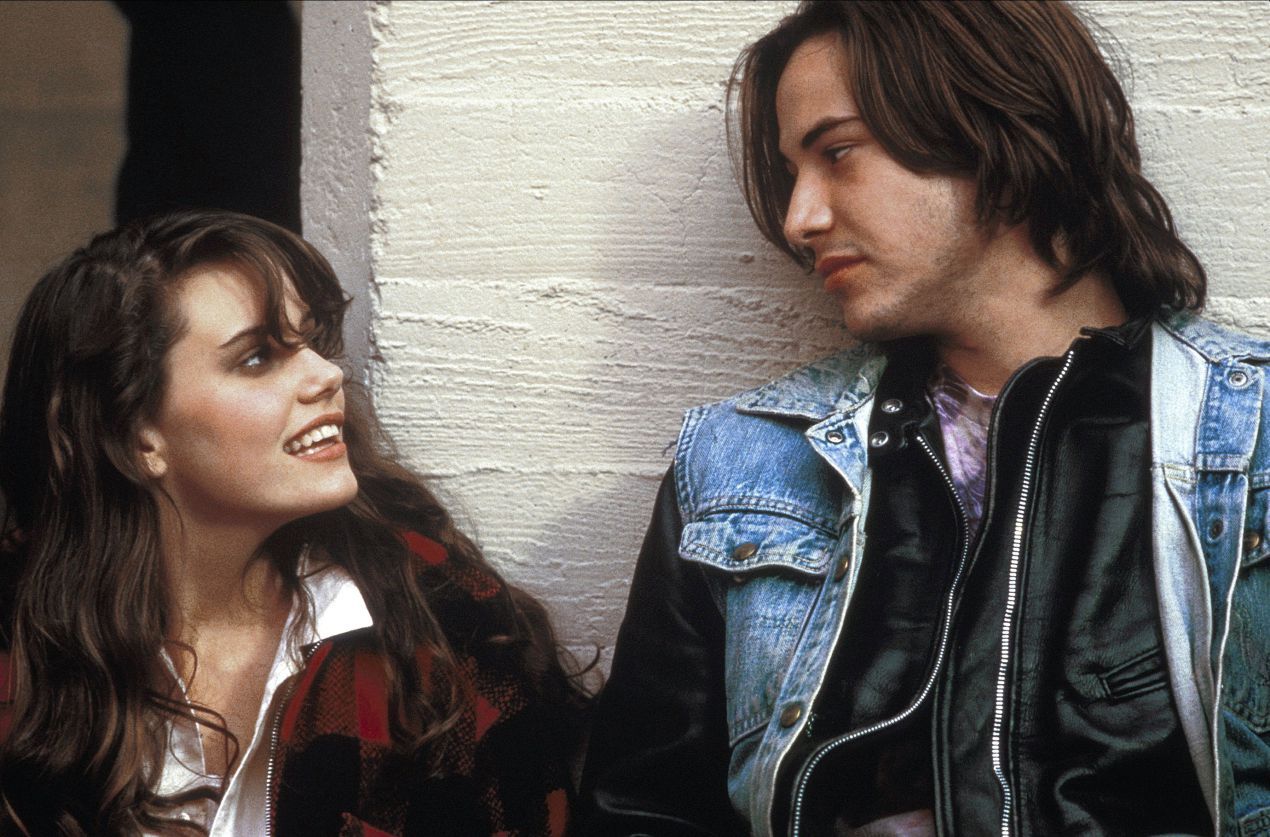 Skye ultimately did not meet her father until she was 18 years old. By that time she was already a working actress, following the example of her brother Donovan Leitch. Skye made her film debut in 1986 drama River’s Edge alongside Keanu Reeves, Crispin Glover and Dennis Hopper. Later, she made sci-fi horror movie Stranded alongside Flea, an occasional actor better known as the bass player of the Red Hot Chili Peppers.

Conversations with Flea about his band mates caught Skye’s attention. “He kept talking about, ‘I have a friend in rehab’… I didn’t realise I had such a fascination with [drug use], that kind of piqued my interest.” It’s not 100% clear if the friend Flea was referring to was Anthony Kiedis, but the Chili Peppers front man has made no secret of his drug problems.

Kiedis had a troubled childhood. The son of a Hollywood drug dealer, Kiedis was exposed to drugs, sex and alcohol from a young age. In his memoir Scar Tissue, he details losing his virginity at 11 to his father’s girlfriend, and also claims to have had a sexual encounter with Cher, who he says babysat for him when he was 13. 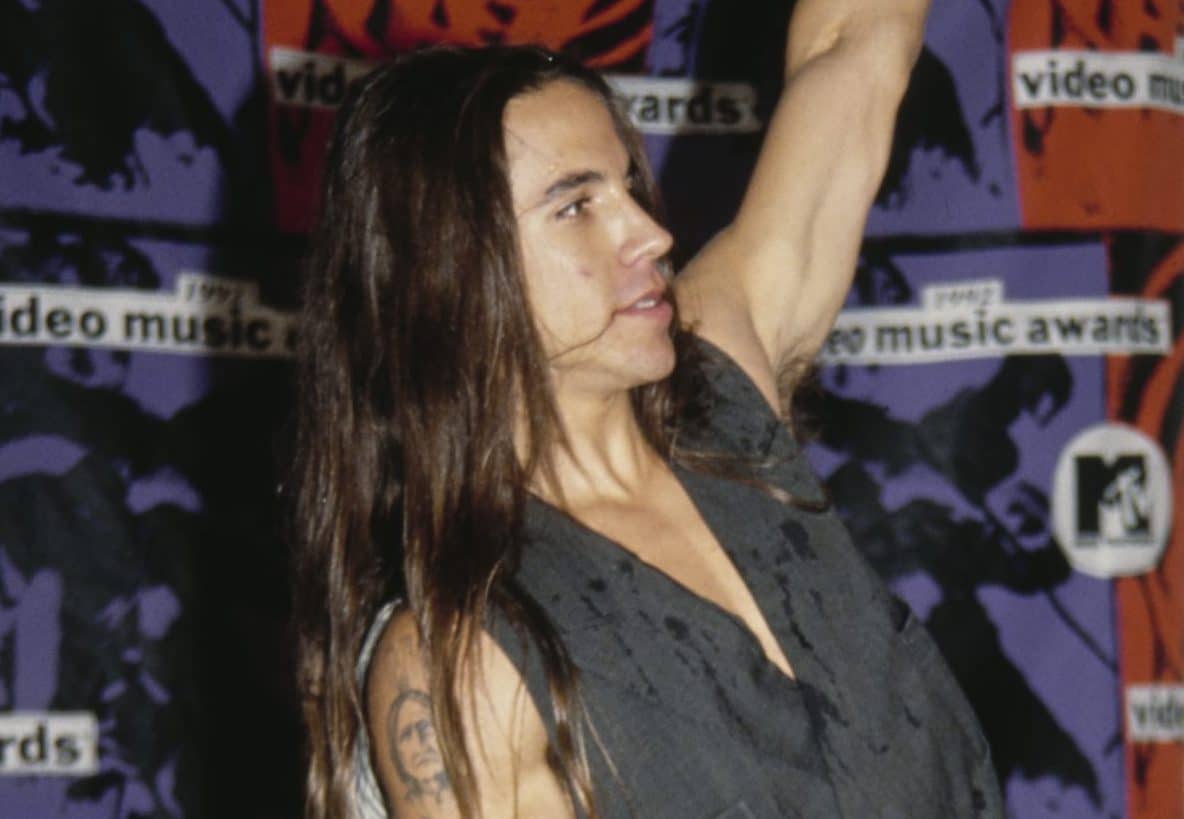 Kiedis formed the Red Hot Chili Peppers in 1983 with bassist Flea, guitarist Hillel Slovak and drummer Jack Irons. The band released their first three albums with this original line-up, and their unique blend of rock, rap and funk proved popular, helped by a sexually-charged image. They courted controversy with their vulgar lyrics and stage performances; generally they performed bare-chested, and on occasion fully nude aside from socks placed over their genitalia.

The band’s offstage antics were often similarly sordid, and at times genuinely criminal: drug use was rife, and Kiedis has admitted to knowingly having sexual relations with a 14-year-old fan. Far from expressing remorse over this, Kiedis wrote the controversial song Catholic Schoolgirls Rule about the experience.

Controversy also surrounds Kiedis’ romance with Skye, particularly as questions have been asked about how old she was when they met. A 2021 podcast claimed Skye was only 15 when she and Kiedis first became an item, something the actress has since denied – not that she in any way suggests their age gap was acceptable. 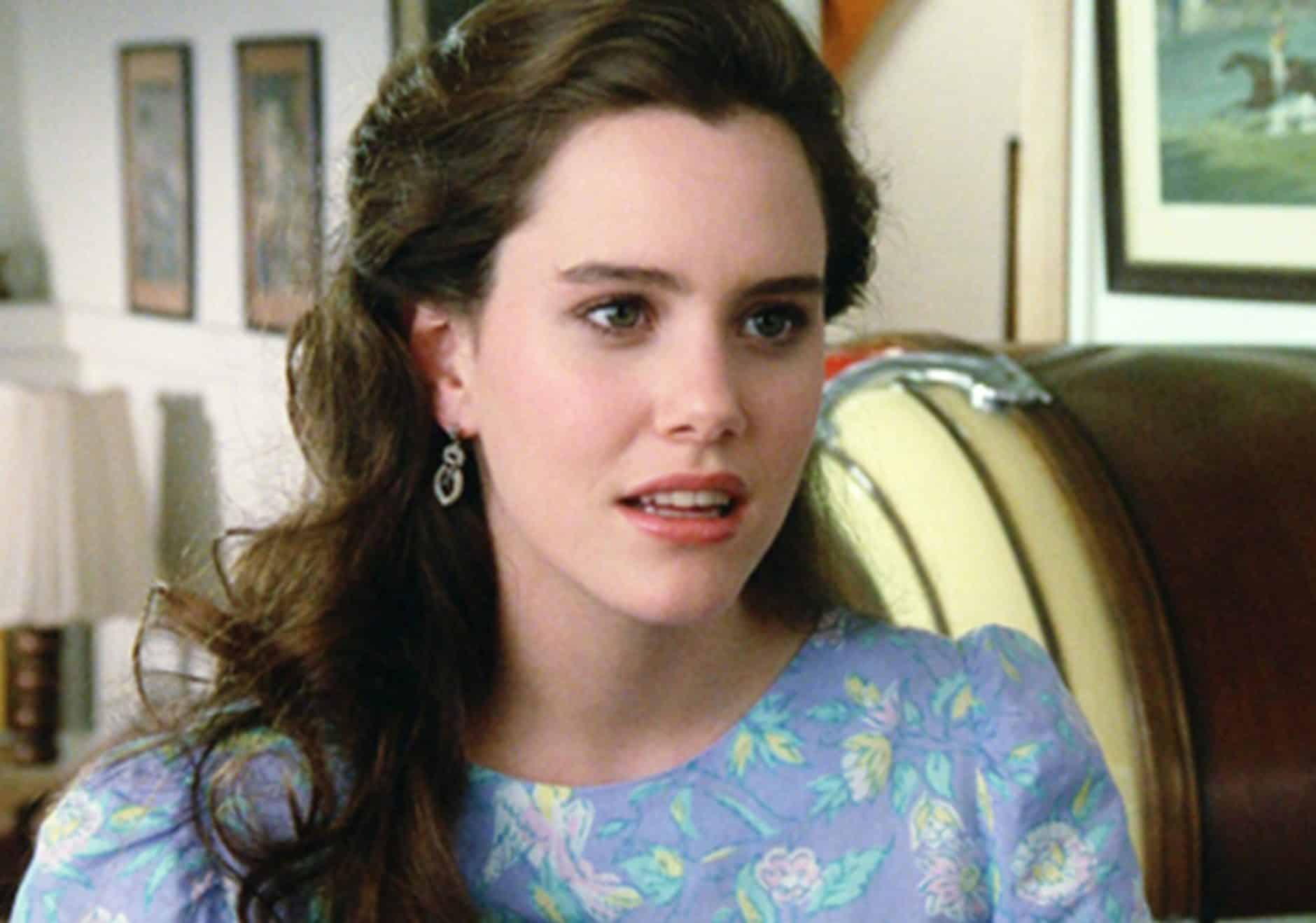 In a response video to posted on Tiktok, Skye said the podcast “got most of it right. Only a few things: I wasn’t 15 going on 16, I was 16 going on 17. Do I approve of this age gap? No, not at all. Also, my mother and brother, who I grew up with, were very disapproving at that time. They absolutely tried to talk me out of it ten thousand times. They very much did not approve and were very alarmed.”

While Skye had had boyfriends in the past, she says Kiedis was “my first big relationship… I was 17, so innocent, and I didn’t know what was coming my way. Anthony was eight years older than me. He was my first musician boyfriend and was wild. It lasted two years.” Elsewhere, Skye remarked of Kiedis, “I love him, but I could have avoided that chapter, because it was definitely a lot darker than I wanted to go.”

Kiedis certainly was in a dark place. As if romancing an underage girl was not bad enough, he was taking advantage of his newfound financial success by indulging heavily in drugs. In his heavily confessional memoir Scar Tissue, Kiedis recalls being high when he asked Skye’s mother to consent to her moving in with him, to which she reluctantly agreed. 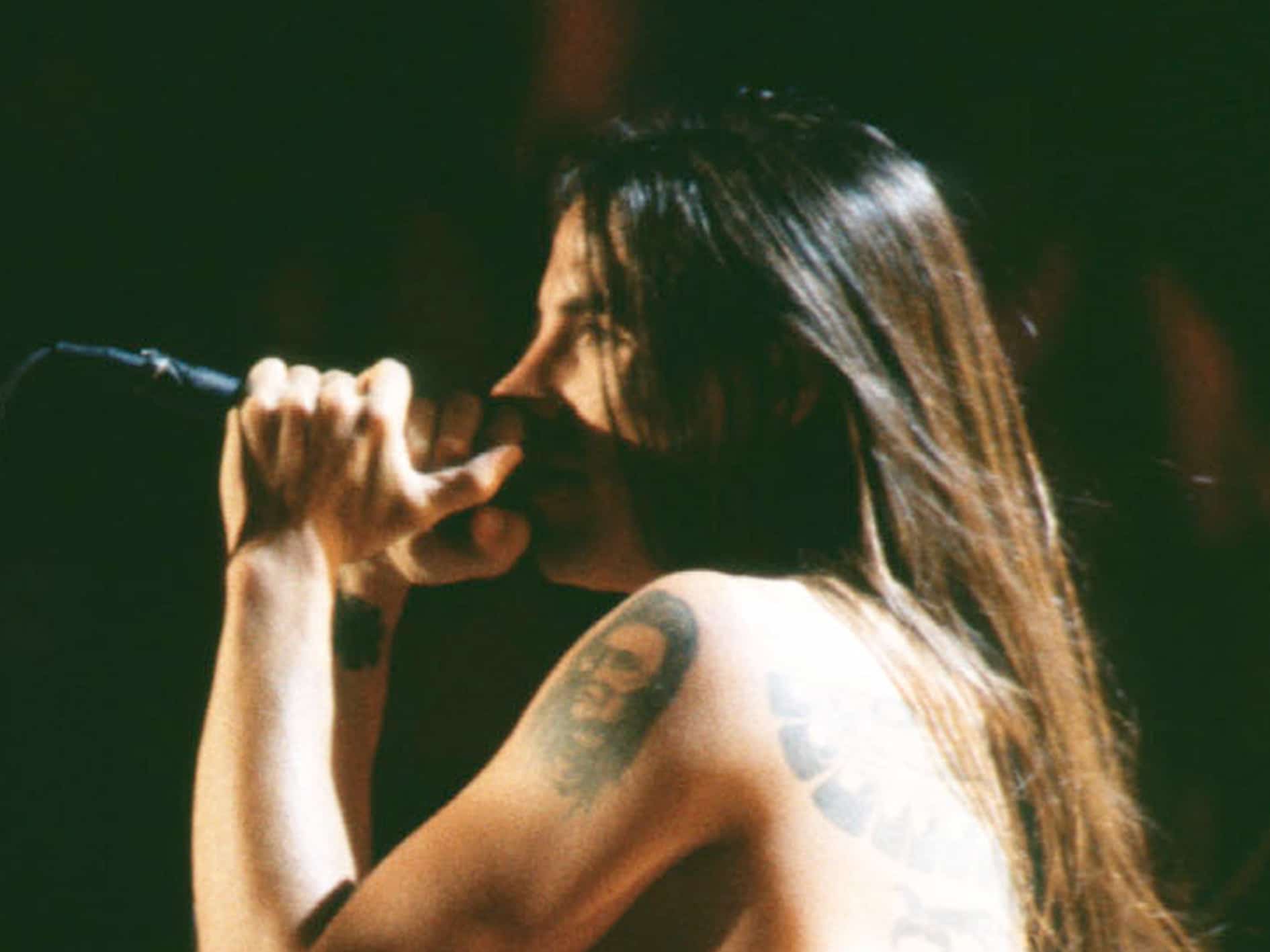 The relationship grew strained with time; as Kiedis writes, “There wasn’t anything horrible going on between us, but we weren’t making each other happy, and we weren’t giving ourselves to each other. We were fading and fighting.” It didn’t help that Kiedis spent so much time with other drug users, including the sister of a drug dealer with whom the singer would take drugs under a freeway bridge (later the inspiration behind one of the best-loved Red Hot Chili Peppers songs, Under the Bridge).

Skye was still with Kiedis when things took a tragic turn for the Red Hot Chili Peppers. In June 1988, guitarist Hillel Slovak died from an overdose. Skye reportedly had to break this news to Kiedis, which naturally hit him and his bandmates hard; Slovak’s death prompted drummer Jack Irons to quit the band.

By this time, Skye’s acting career was in full swing; 1989 saw her appear in what proved to be her best-loved movie, teen romance Say Anything with John Cusack. By the time the film hit screens, the actress had left Anthony Kiedis, exhausted with his self-destructive behaviour. 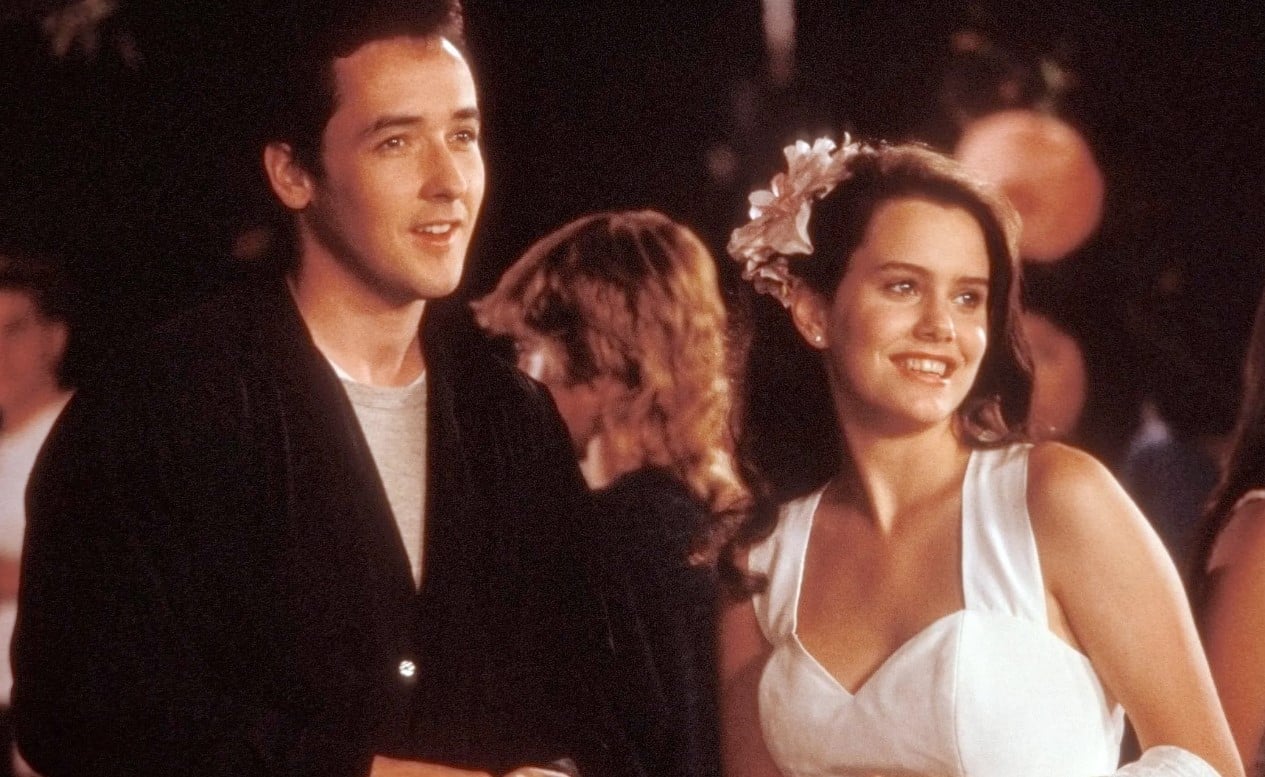 Kiedis has long voiced regret about this period in his life, lamenting to Q Magazine in 2005, “I’d had this beautiful angel of a girl who was willing to give me all of her love, and instead of embracing that, I was doing speedballs with a bunch of f***ing killers.” This heartbreak finally prompted Kiedis to get clean (although he would relapse several times in the 90s).

The Red Hot Chili Peppers continued with new guitarist John Frusciante and drummer Chad Smith, and (aside from two periods without Frusciante) this line-up of the band endures to this day, enjoying a massively successful, decades-spanning career.

Ione Skye went on to romance another famous musician, Adam ‘Ad-Rock’ Horowitz of the Beastie Boys, who became her first husband. (He immortalised her in the track Get It Together, featuring the lyrics ‘Ad-Rock’s down with the Ione… she’s the cheese, and I’m the macaroni’). Sadly, the marriage soon collapsed; Skye reflects, “we were madly in love but we were too young. It didn’t last.” 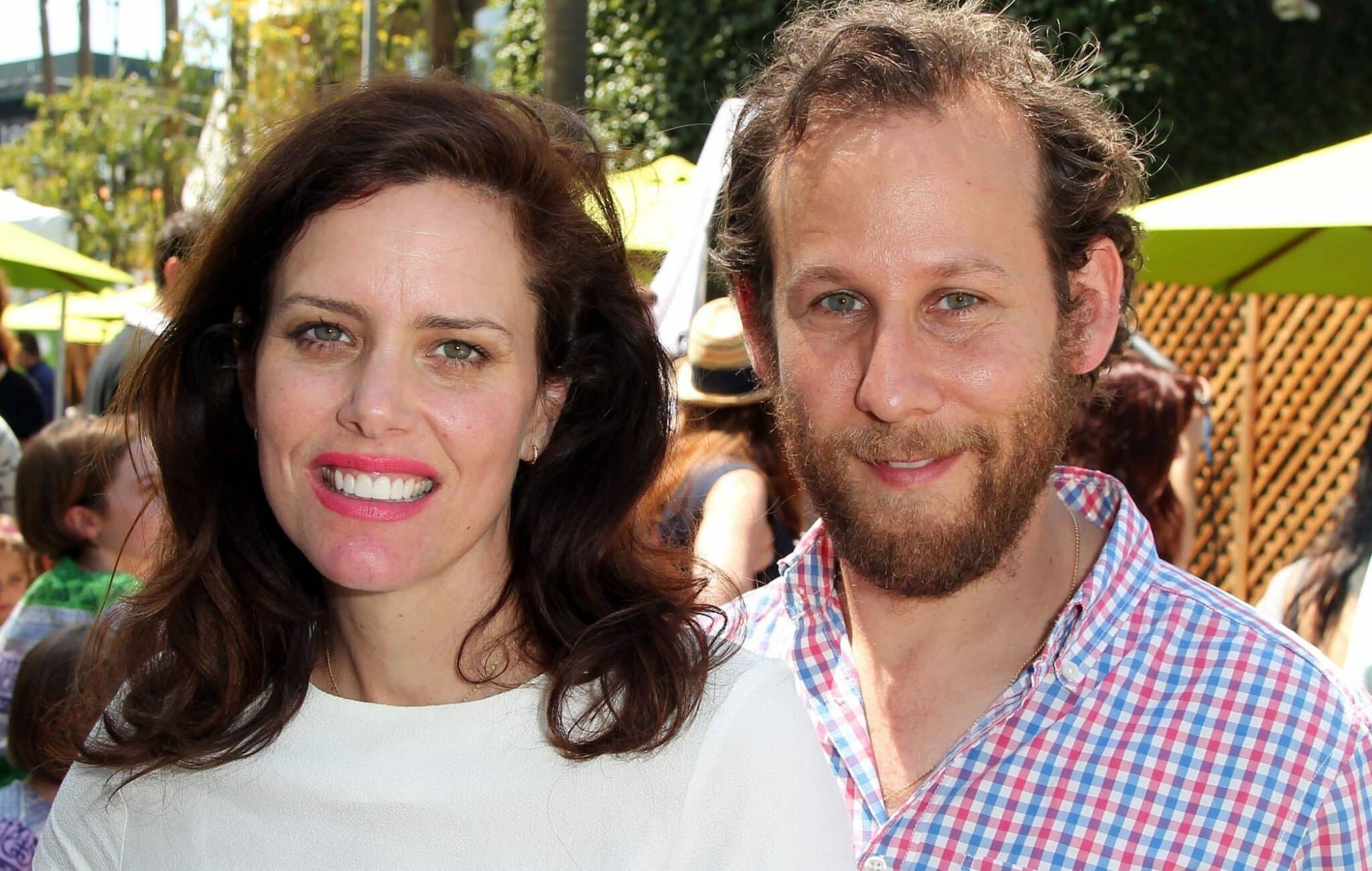 Skye’s profile fell as the 90s went on (she has admitted to her own struggles with drugs and alcohol), and while she continues to act she has also moved into painting and writing, publishing children’s book My Yiddish Vacation in 2014. She married second husband Ben Lee – another singer – in 2003, and the couple have one child. 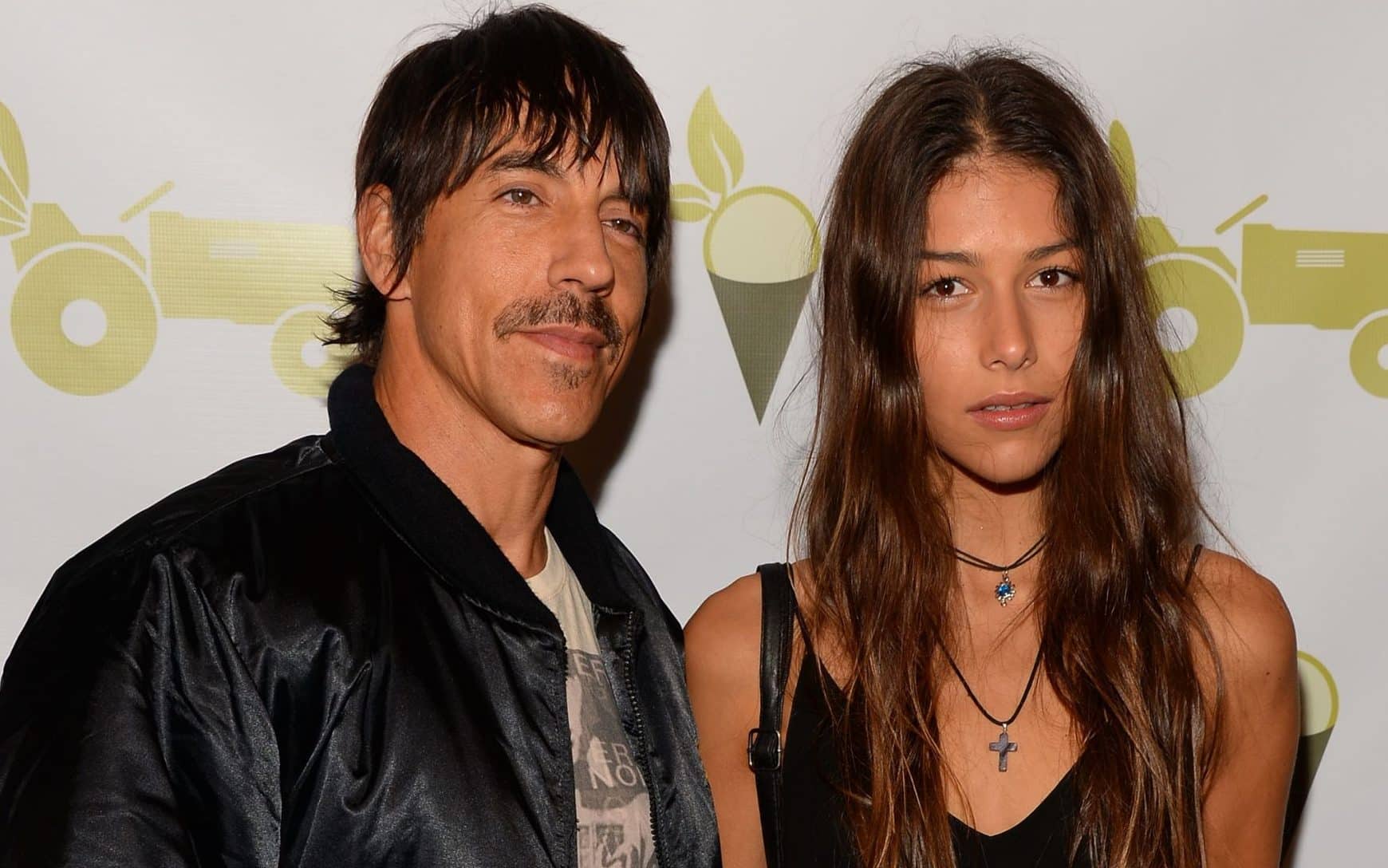 He has a child with one of his exes, Heather Christie: their relationship began in 2004, when he was 42 and she was 18. It’s believed he’s dated more younger women since, including Australian model Helena Vestergaard (20 to his 51 at the time of their relationship).

Admitting to having had sexual relations with hundreds of women, Kiedis explained in 2016, “I do not understand women yet. They remain a mystery… do we focus on finding a person who fits with us, or will we remain single? I am open to both. If the right one comes – wonderful. If not, I accept what the universe has intended for me.”