10 Stellar Facts About The Last Starfighter

The 1980s was an era when video game fans clamoured to beat high scores on the likes of Asteroids and Pac-Man, but teenager Alex Rogan was so good at one particular arcade game that he found himself being headhunted by a team of space fighter pilots. Below are 10 intergalactic facts about the brilliant 1984 film The Last Starfighter.


10. Its story was inspired by a real child in a video arcade 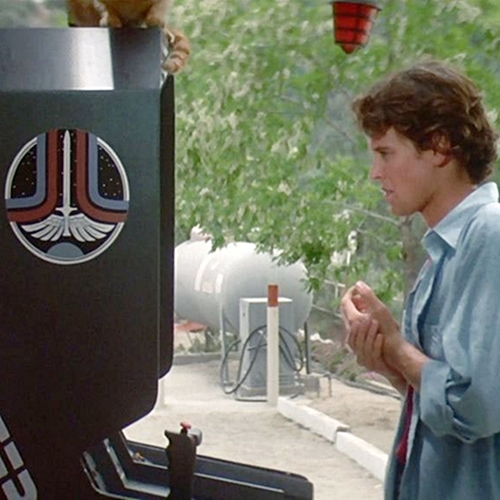 Screenwriter Jonathan R Buetel was inspired to write The Last Starfighter after watching a child play a video game at his local arcade.

Buetel came up with the idea of an arcade game that would “beam out a signal announcing the chosen one when a high score was reached” like “the Arthurian Sword in the Stone.”

9. Its original script was too similar to the films of Spielberg and Lucas 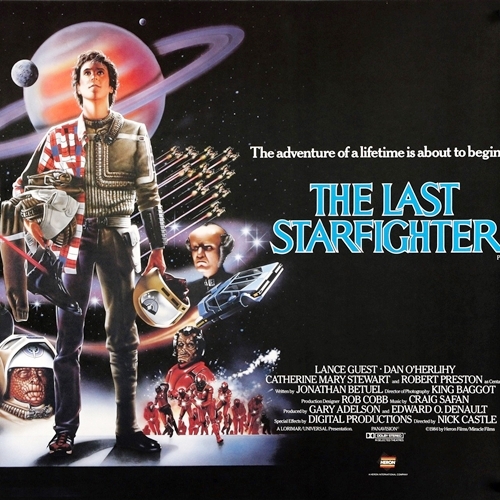 A number of substantial changes were made to the first draft of The Last Starfighter’s script in order to differentiate it from the films of Steven Spielberg and George Lucas.

Director Nick Castle later revealed that he was continually comparing his film to the likes of Star Wars, E.T. the Extra-Terrestrial and Close Encounters of the Third Kind, saying “you basically back into George Lucas and Steven Spielberg at every corner.”

8. It is one of the first films to feature extensive use of CGI 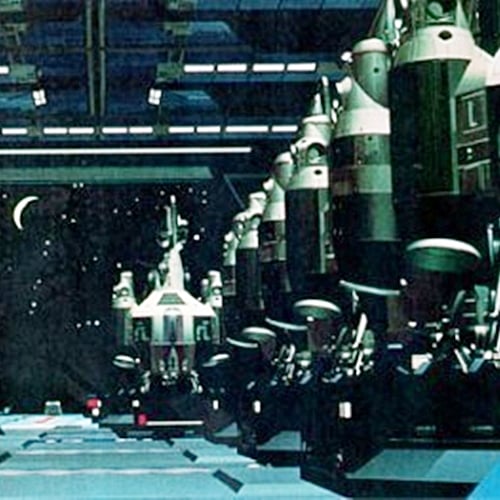 It may have been pipped to the post by Disney’s Tron, which hit cinemas two years earlier in 1982, but The Last Starfighter is still one of the first films to feature extensive use of CGI (computer generated imagery).

The 27 minutes of special effects in the film were created by a company called Digital Productions and cost around $14 million, only $1 million less than the film’s entire budget. 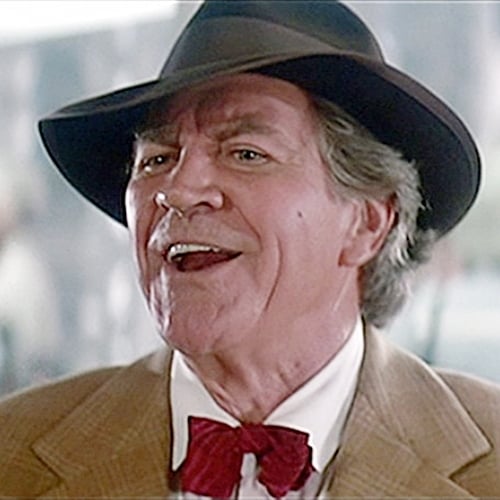 The Last Starfighter features the final big screen performance from Robert Preston before his tragic death from lung cancer at the age of 66.

Preston, who received an Academy Award nomination for his performance in the 1982 musical comedy Victor/Victoria, appears in The Last Starfighter as lovable con-man Centauri.

6. The spaceships have links to those found in Star Wars 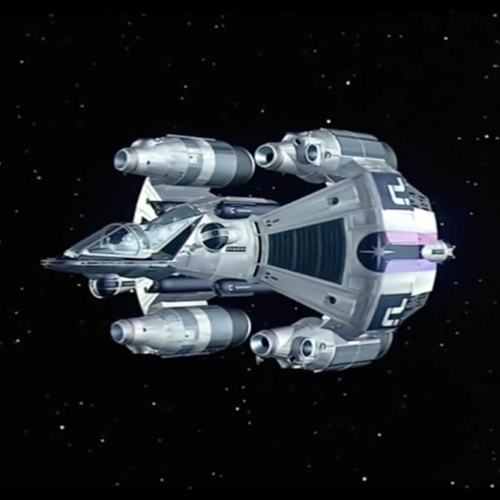 The imaginative Gunstar spaceship, as well as many of the other vehicle designs found in The Last Starfighter, have links to the X-Wings and Tie Fighters of a certain galaxy far, far away.

The Gunstar was designed by the late artist Ron Cobb, who, in addition to working on the first Star Wars film, had a hand in the making of Alien and The Abyss.

5. The StarCar was based on a DeLorean 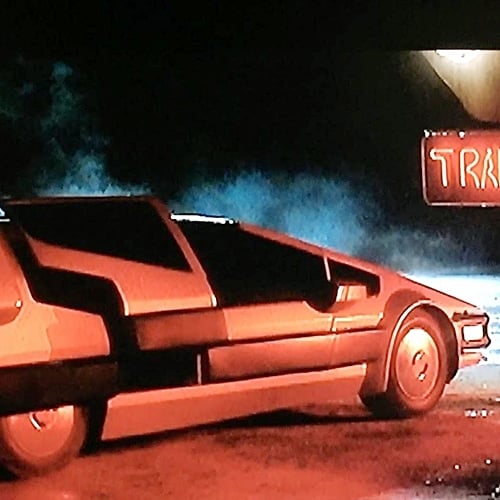 The StarCar driven by Robert Preston’s Centauri was based on a DeLorean, a brand of car best known for its prominent role in the Back to the Future trilogy.

The fictional StarCar can move at over 300 miles per hour on the ground and also has boosters that allow it to travel between planets.

4. Its soundtrack was created using an unusually large orchestra 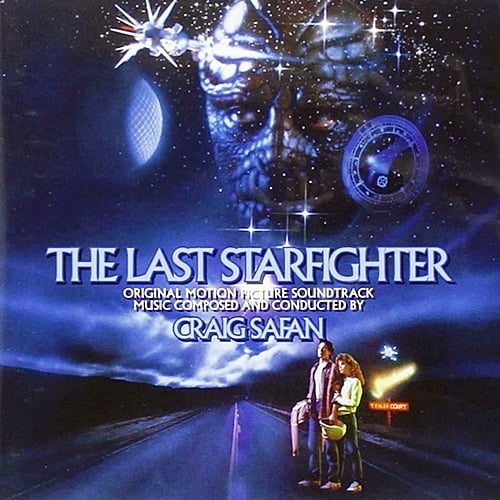 Composer Craig Safan was keen for his The Last Starfighter soundtrack to “go bigger than Star Wars,” which inspired him to hire an unusually large orchestra.

In Safan’s own words, the oversized orchestra used during the recording had “quadruple woodwinds,” as well as “eight trumpets, trombones and horns.”

3. It was adapted into books, comics and video games 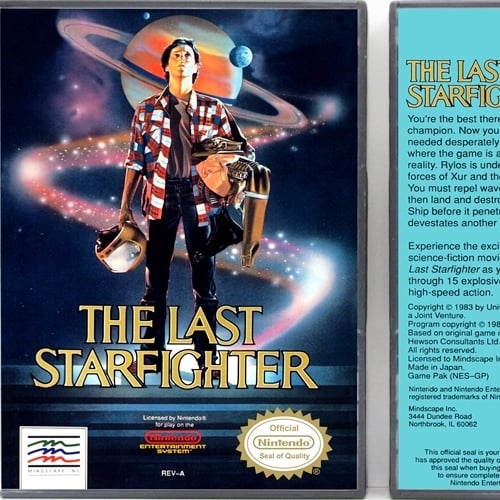 In addition to a novelisation of the film written by Alan Dean Foster that was available to purchase as soon as The Last Starfighter hit cinemas, Marvel also released a three issue limited series comic book adaptation.

The real The Last Starfighter arcade cabinet that was promised in the film’s end credits never saw the light of day, but a NES game based on the franchise was made available in 1990. 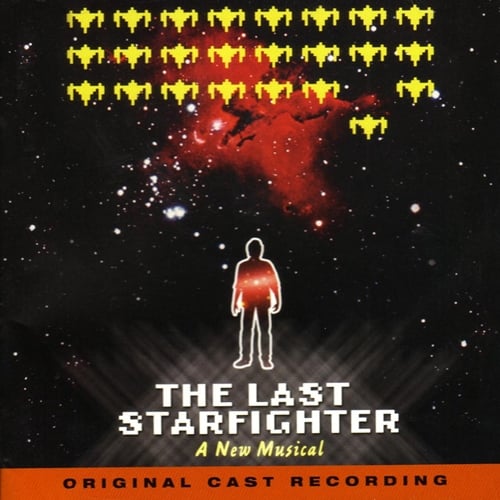 Perhaps surprisingly, a musical version of The Last Starfighter made its debut at New York’s Off Broadway Storm Theatre in October 2004.

The musical, a recording of which was made available in November 2005, was written by Fred Landau with music and lyrics by Skip Kennon.

1. A long overdue sequel may still see the light of day 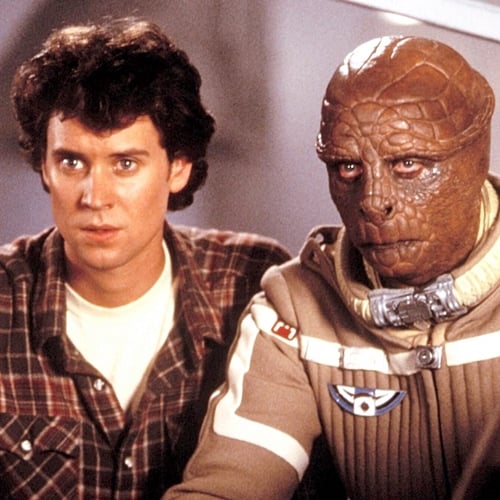 A belated sequel to The Last Starfighter was first discussed back in 2008, when Steven Spielberg was said to have expressed an interest in directing, but complications surrounding the film’s rights led to the idea being shelved for over a decade.

However, in October 2020 it was confirmed that rights were being secured and a script was being written, with screenwriter Gary Whitta claiming that the film will be “a combination of reboot and sequel that we think honors the legacy of the original film while passing the torch to a new generation.”