Whether it’s writing, woodwork or turning the shower on without wetting your arm, some of the best skills can take a lifetime to master. 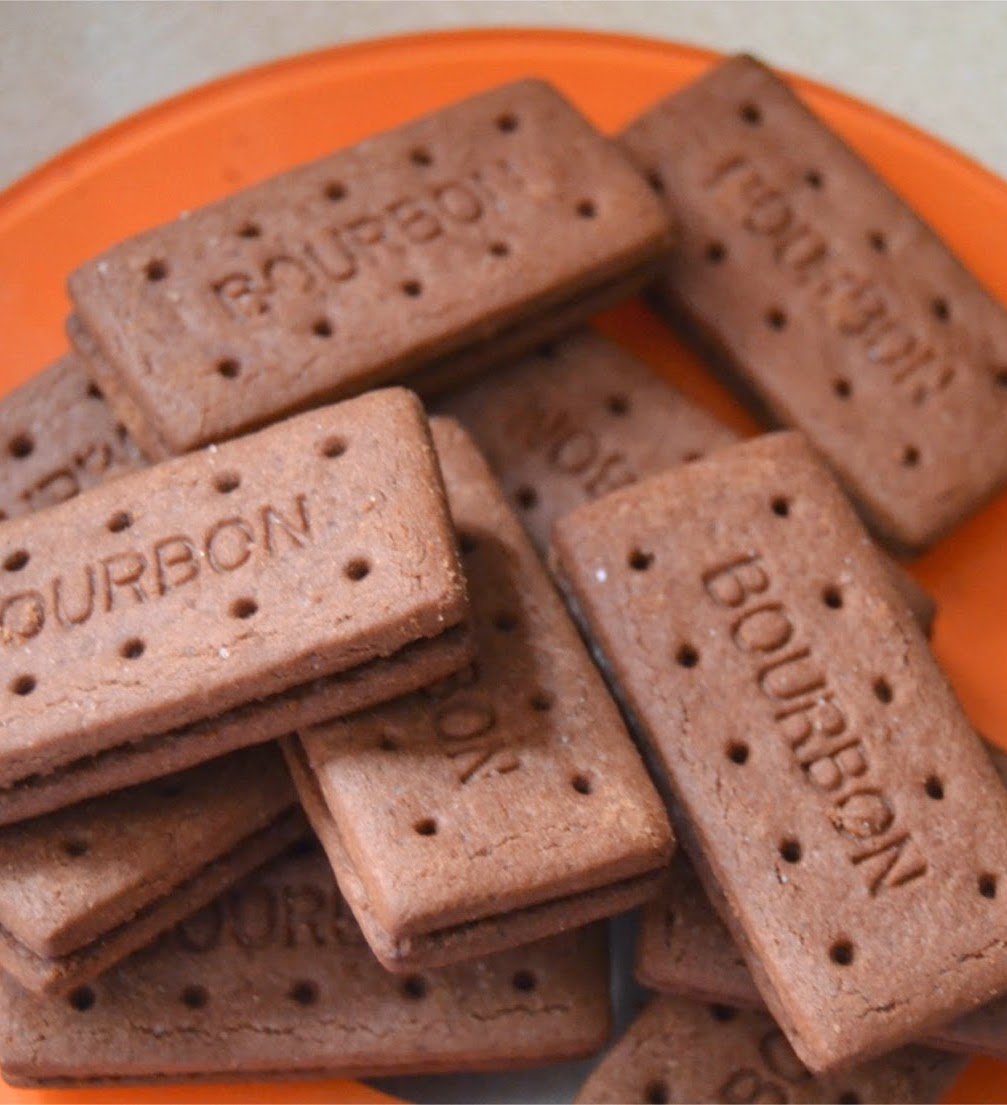 But how long, we hear you ask, does it take to master the art of extracting a bourbon biscuit filling whole without losing any of the cream along the way?

Luckily, we now have the answer, courtesy of one supreme British biscuit fan: approximately 29 years. 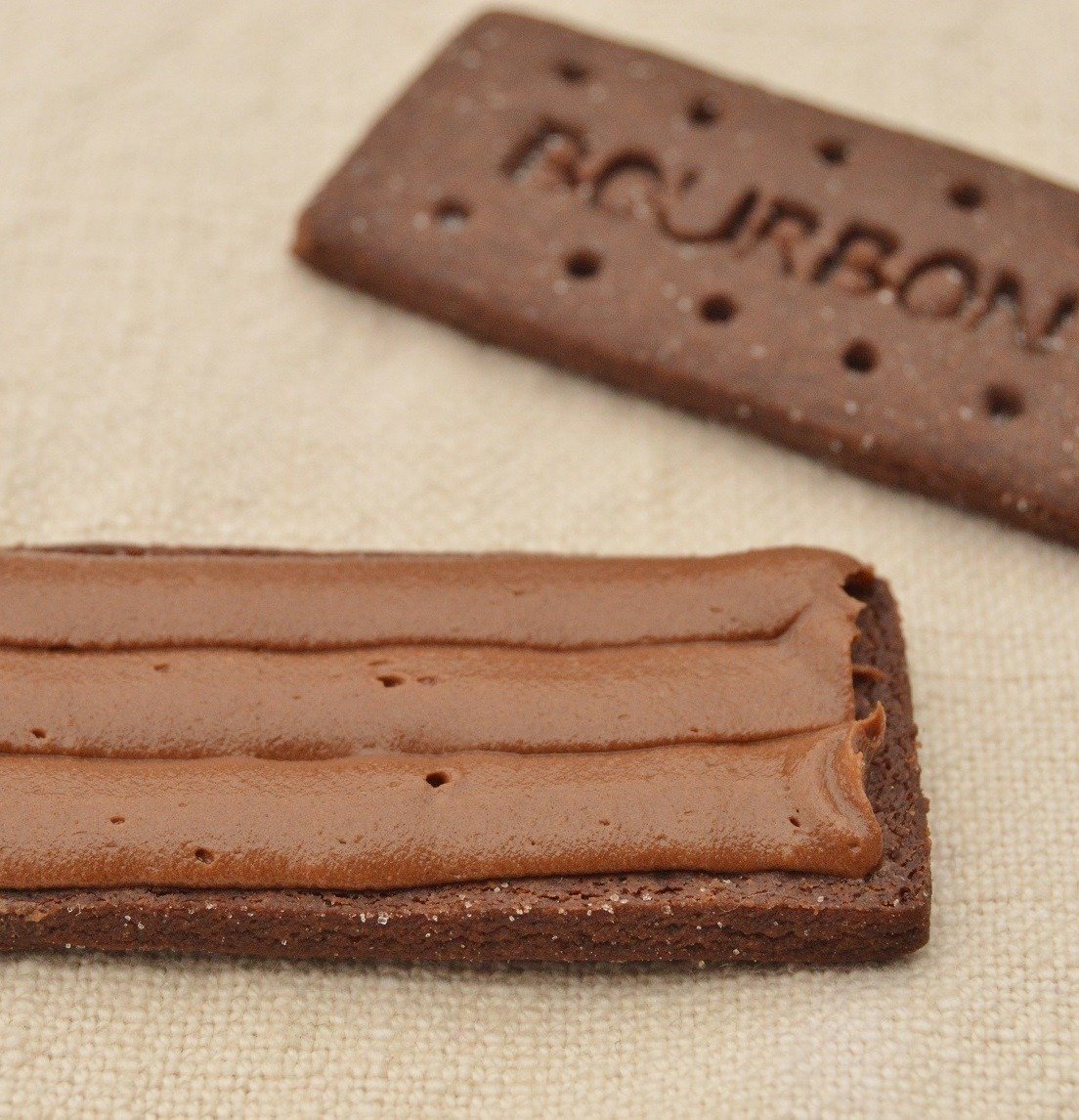 Posting on the Reddit subsection CasualUK on Monday, poster remtard_rimmington revealed he had spent 29 years trying to perfectly extract the bourbon filling, to no avail.

The anonymous man announced that he had, however, finally cracked it just shy of three decades. 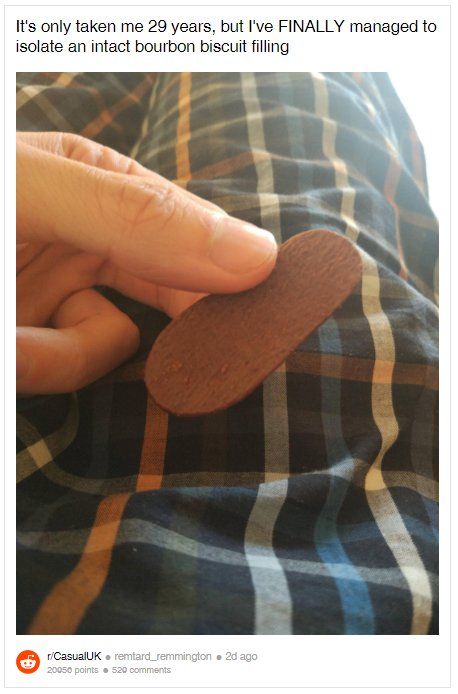 remmington’s fellow redditors predictably lapped up the announcement – why wouldn’t they? – with responses ranging from “You are now eligible to apply for jobs as a neurosurgeon” to “Probably how Einstein felt after formulating the theory of relativity”. 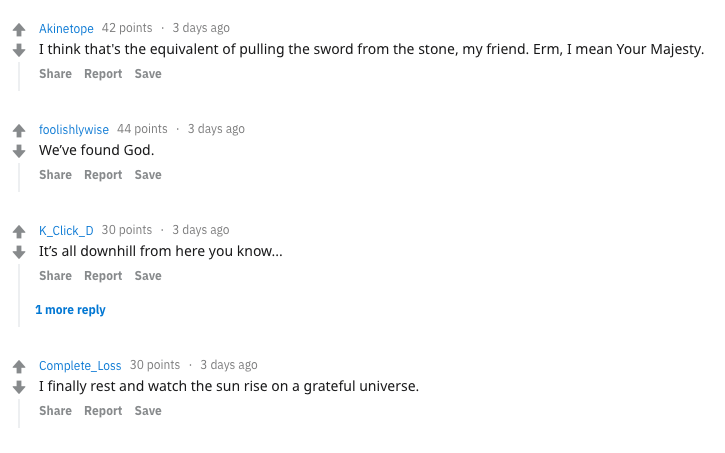 One commenter, King_Bonio, spoke for the entirety of the internet in writing: “Do you know how many brits have died never achieving the isolated bourbon cream middle? Any arsehole and their dog can climb everest these days and not one will have achieved what you have.