Iceland Are Now Selling This Popular Ice Cream On A Stick

They’ve been in the stores before, but now these popular summer favourite are making a return to Iceland.

The frozen-goods supermarket giant has brought back its popular Vienna ice cream lollies just as the sun returned to us this bank holiday weekend. The only bad news is that it’s set to get colder again. *** 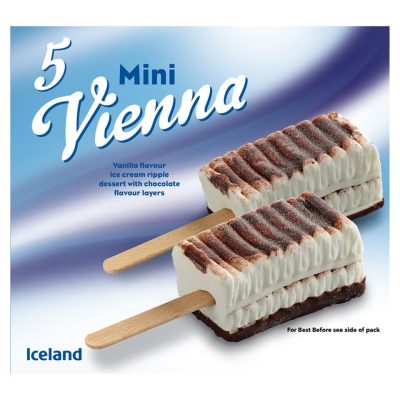 They released the original vanilla version last year, a rippling ice cream with chocolate shards along each side. It is very similar to the popular Wall’s Viennetta ice cream, but doesn’t have the crunchy chocolate pieces running along the inside.

Even though it is something that people have often yearned for during the long, hot summer months, Iceland’s launch of the handheld ‘Vienetta’ didn’t see the hype that other food items get. We expected that these beautiful swirls of ice cream perfection would be selling out like there was no tomorrow. 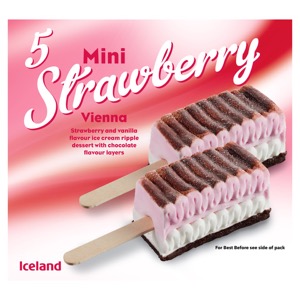 Iceland needed a push to get these inventions into the public eye, and perhaps the release of a new strawberry flavour will do the trick!

An official version of the Viennetta lollipop has yet to appear, despite some excitement back in 2016 when creator, Wall’s, announced that it was trialling the idea. *** 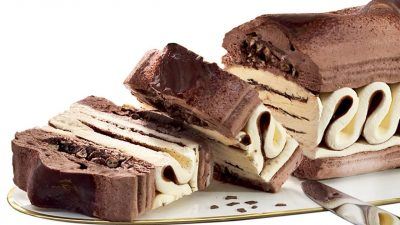 Well, not Wall’s as such, but its Australian branch, called Streets. The company said it will try to bring the creation to market down under after an “overwhelming response” from the public.

Marketing director of Streets Ice Cream said: “The reaction to Viennetta on a stick from Australians has been unbelievable.” 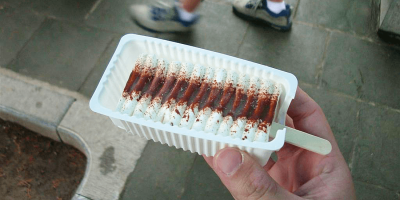 “It has clearly tapped into the deep love many of us have for this party classic. With so many clamouring to try such an ingenious addition to the range, it would be wrong of us to ignore.”

Whilst they were busy developing this idea, the company gave instructions on how to create your own ‘DIY’ Viennetta on a stick…and it doesn’t take a genius to figure out how to do it. 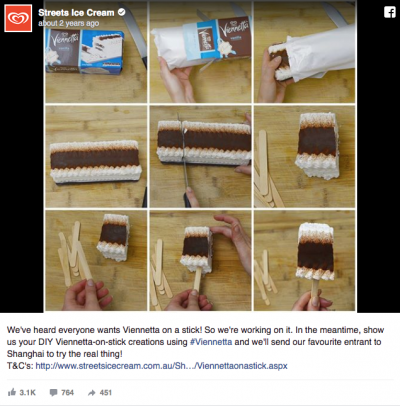 That’s right, you just cut an ordinary Viennetta down to size and shove a lollipop stick through it. So simple.

The company asked people to send in photos of their creations and even offered to send them to Shanghai to test the real deal. ***

But for us Brits here in the UK, we will have to take a lovely stroll down the cool aisles of Iceland in order to get our hands on the next best thing. 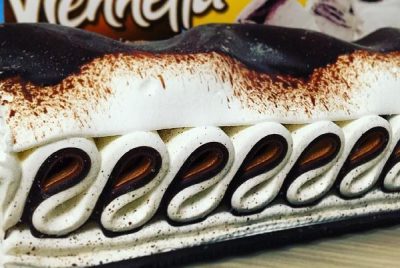 The ice cream lollies are available to buy in packs of five, priced only at £1.50. On the Iceland website, all but one review is five stars.

And for those watching their waist this summer, the ice creams come in at only 60 calories per bar! Now that’s impressive! The lollies also save having to wash up lots of bowls, which is where the normal Viennetta comes in at a disadvantage.

Just as with the original Viennetta, many people would like to see a mint version of the ice cream lolly. I mean, that just makes sense, why haven’t they done this already? *** 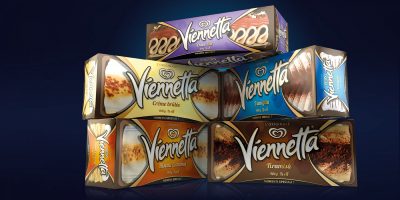 For the sake of balance, here’s the one star review: “I was expecting a slice of Viennetta on a stick, but sadly not. No layers of chocolate, just a coating on both sides. No different to a choc ice really.”

But, naturally, the negative reviews are outweighed by the positive reviews.

One of the five star reviews says: “These are really tasty. Very low calorie and worth every bit. If you’re on slimming world only 3 syns. Brilliant.”

“Great little sweet treat,” says another reviewer.
Even so, choc ice’s are amazing so we can’t see what the complaint is here. We’re sure the swirls will make all the difference in taste.
So what are you waiting for, get yourself to your nearest Iceland and bag yourself a treat on a stick today! ***
×
×