Hulk Hogan and André The Giant, from Feud to Friendship

In the ‘bigger is better’ 1980s, few characters were quite so larger than life – both figuratively and literally – than superstar wrestlers André the Giant and Hulk Hogan.

During their shared time in the World Wrestling Federation (since renamed World Wrestling Entertainment), André and the Hulkster were pitched as arch rivals who gradually came to respect one another. Wrestling storylines may be pure fiction, but the dynamic presented between them wasn’t too far from reality, as an initial animosity between the two athletes gradually developed into a warm friendship. 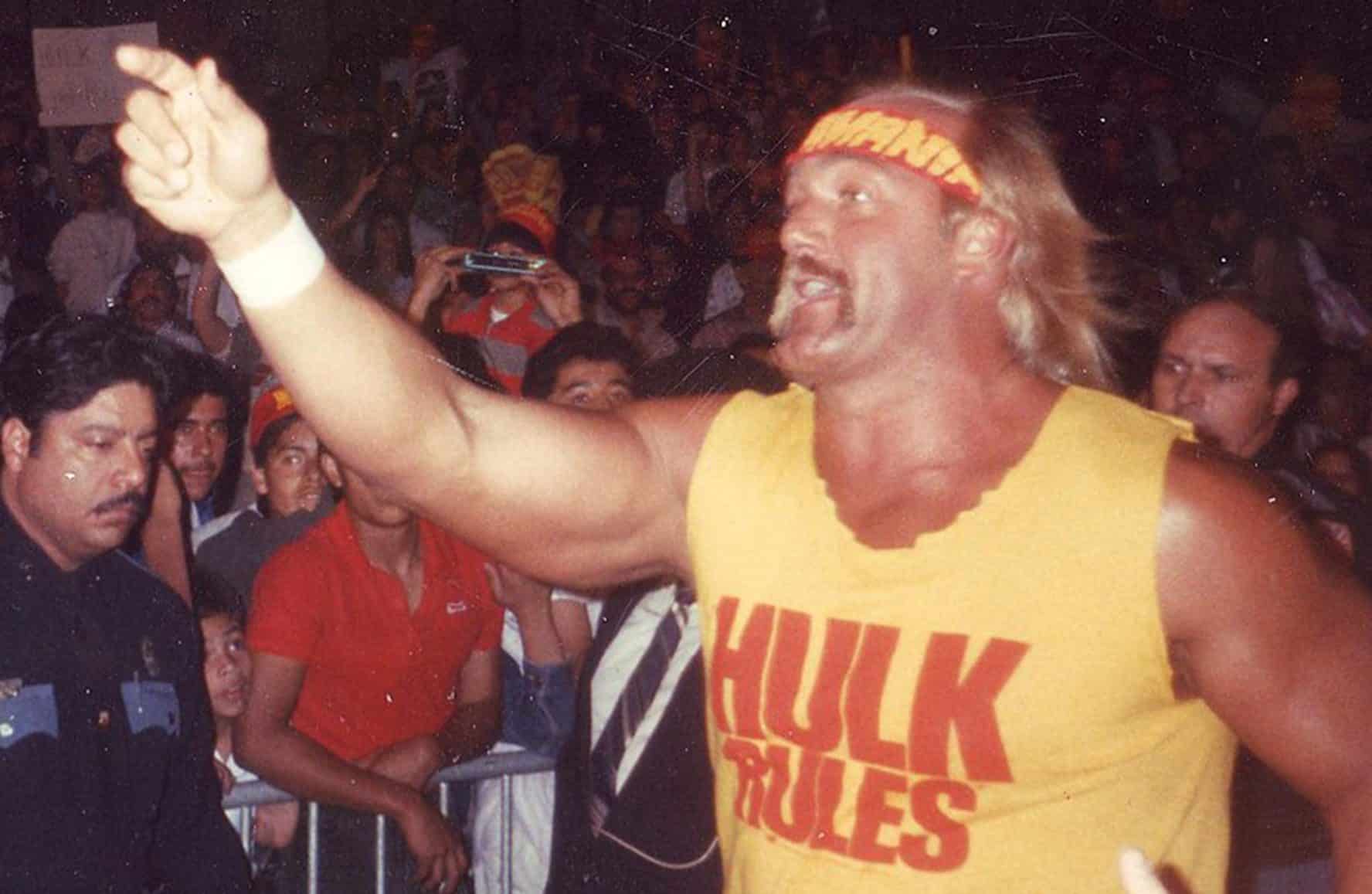 “I thought I could get as big as André”

Hulk Hogan, real name Terry Bollea, began wrestling in the late 70s. Standing 6’6″ and weighing in around 330lb at his peak, he was a big man even by wrestler standards, but back then one guy dwarfed them all: French wrestler André René Roussimoff, better known as André the Giant.

Billed as 7’4″ tall and weighing 520lbs, André was not only the most famous wrestler of the time – he was also literally the biggest man that pro wrestling had ever seen. (1989 would see this record broken when former basketball player Jorge González, who stood at 7’7″, joined WWF – although González was considerably lighter, at around 460lb.) 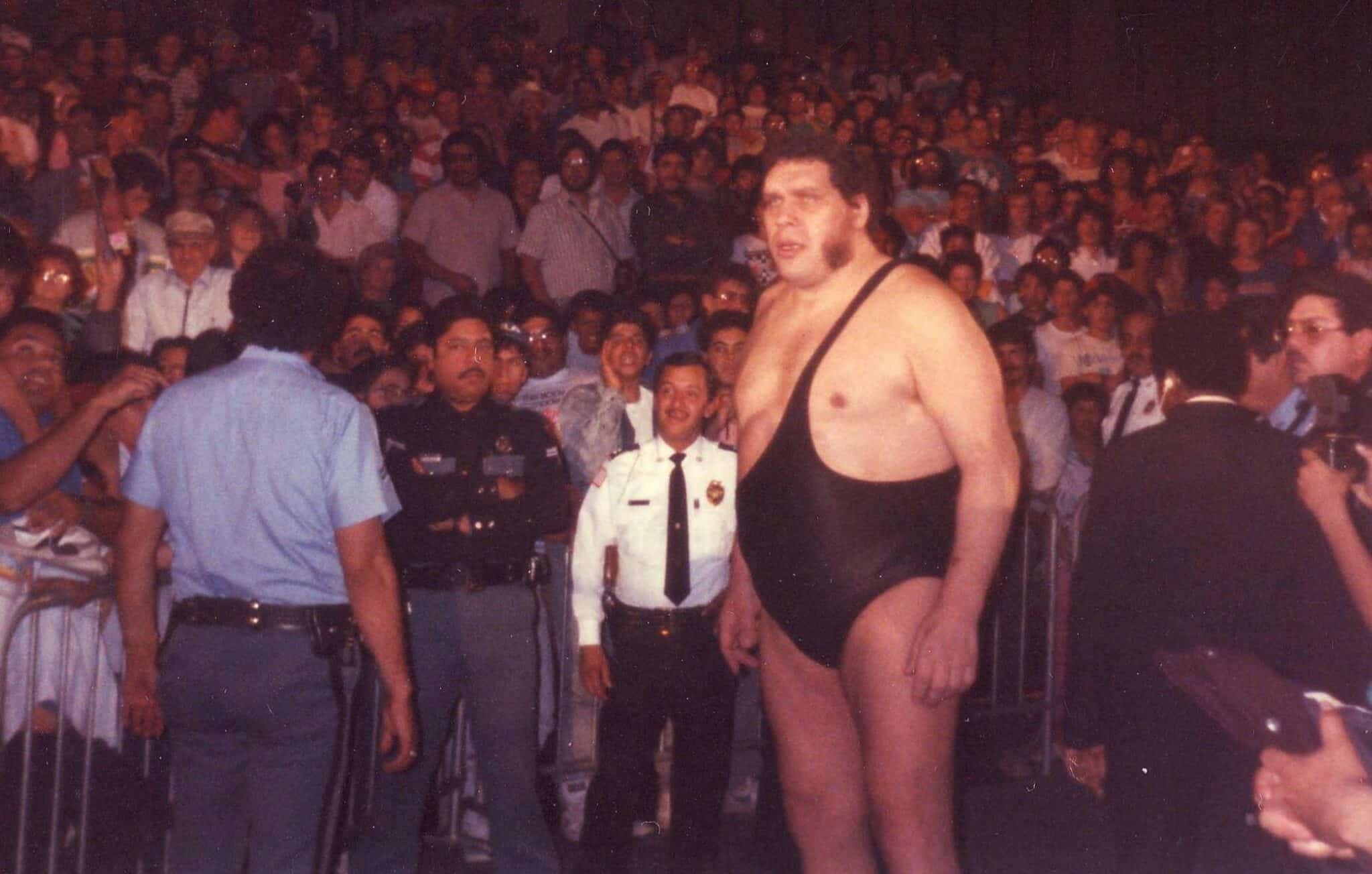 An ambitious up-and-comer, Hogan wanted to be at the top of his game, which meant surpassing the biggest guy in his field. The Hulkster reflects, “when I first got into the business, in my mind I thought I could get as big as André. I wasn’t stupid – I knew I could never be seven foot four.

“I just thought in the wrestling business I could be so big, people would just believe everything… that was my goal, to be the biggest, strongest I could be and hopefully be more impressive than André. And along with that came my verbiage, and that was a direct threat to André.”

Hulk and André’s scripted rivalry soon became a huge selling point for shows and telecasts; as Hogan emphasises, his own physical size “made it believable that I could give André a run for his money.”

While wrestling hinges heavily on showmanship and match outcomes are typically planned in advance, it shouldn’t be overlooked that a great deal of real skill and strength is required. This was a particular challenge for anyone entering the ring with André the Giant; not only was he naturally far stronger than most men, he also expected his opponents to bring their A-game. 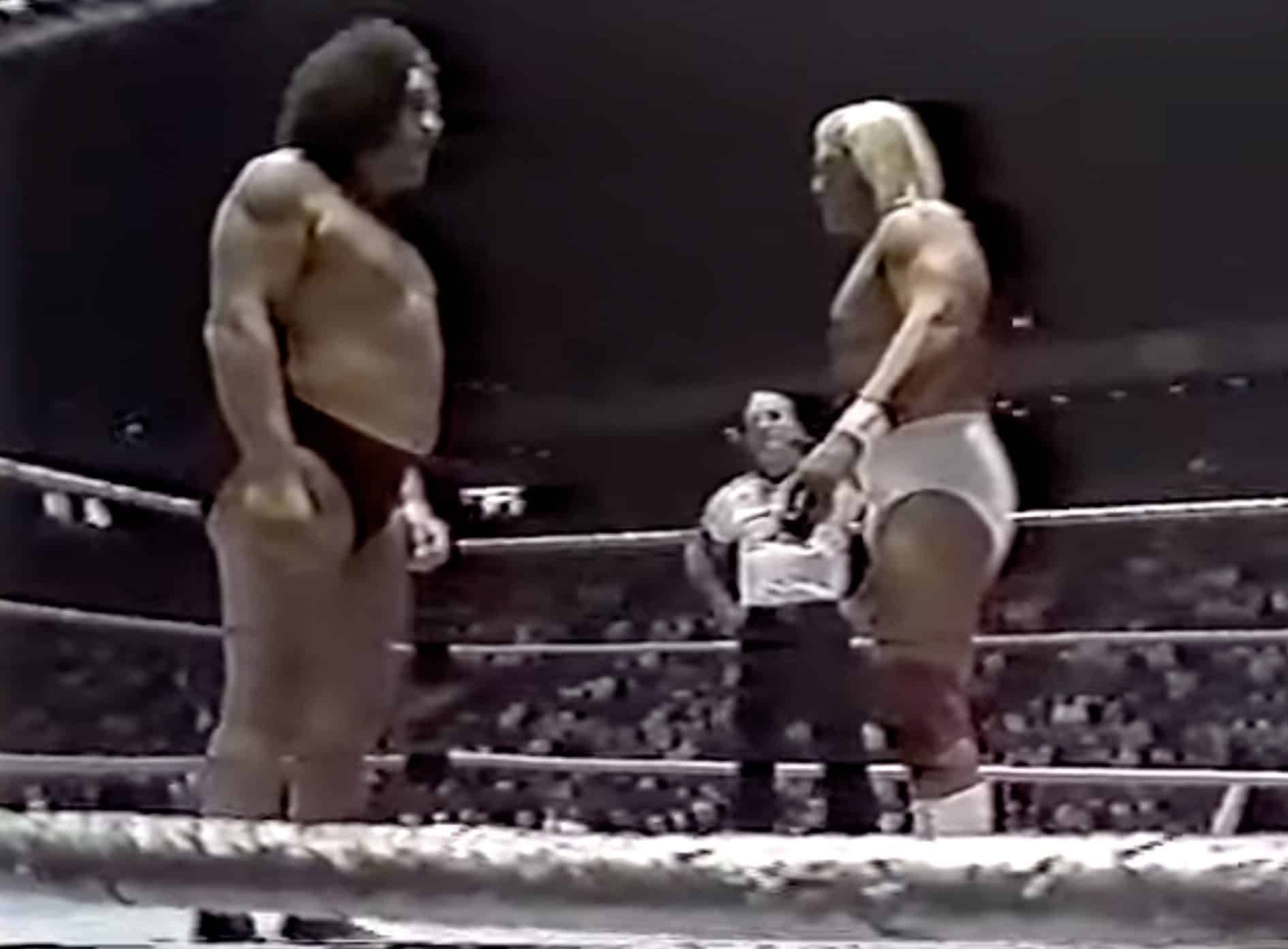 Hogan says their first match resulted in André “damn near killing [me]… he messed up my shoulder, screwed my neck up and suplexed me on my head.” Freddie Blassie, who served as Hogan’s manager in his early days with WWF, recalls another early match between the two in which André “got it in his head that Hogan wasn’t hustling enough. Trapping Hogan in a full nelson and clamping on the pressure, André growled in that deep, distorted voice of his, ‘work, Hulk, work.'”

It was clear that André took Hogan’s threat to his dominance in wrestling very seriously, and while Hogan always remained in character with a brave face, inside he was a mess. Hogan admits, “There was some rough going between me and [André]. He’d get me in the ring and just tan my hide.

“I’d be on the way to the building knowing I had to wrestle him and I would pull the car over and vomit, I was so scared. Then after taking several beatings within an inch of my life, which I never thought I would survive, he finally gained respect for me.” 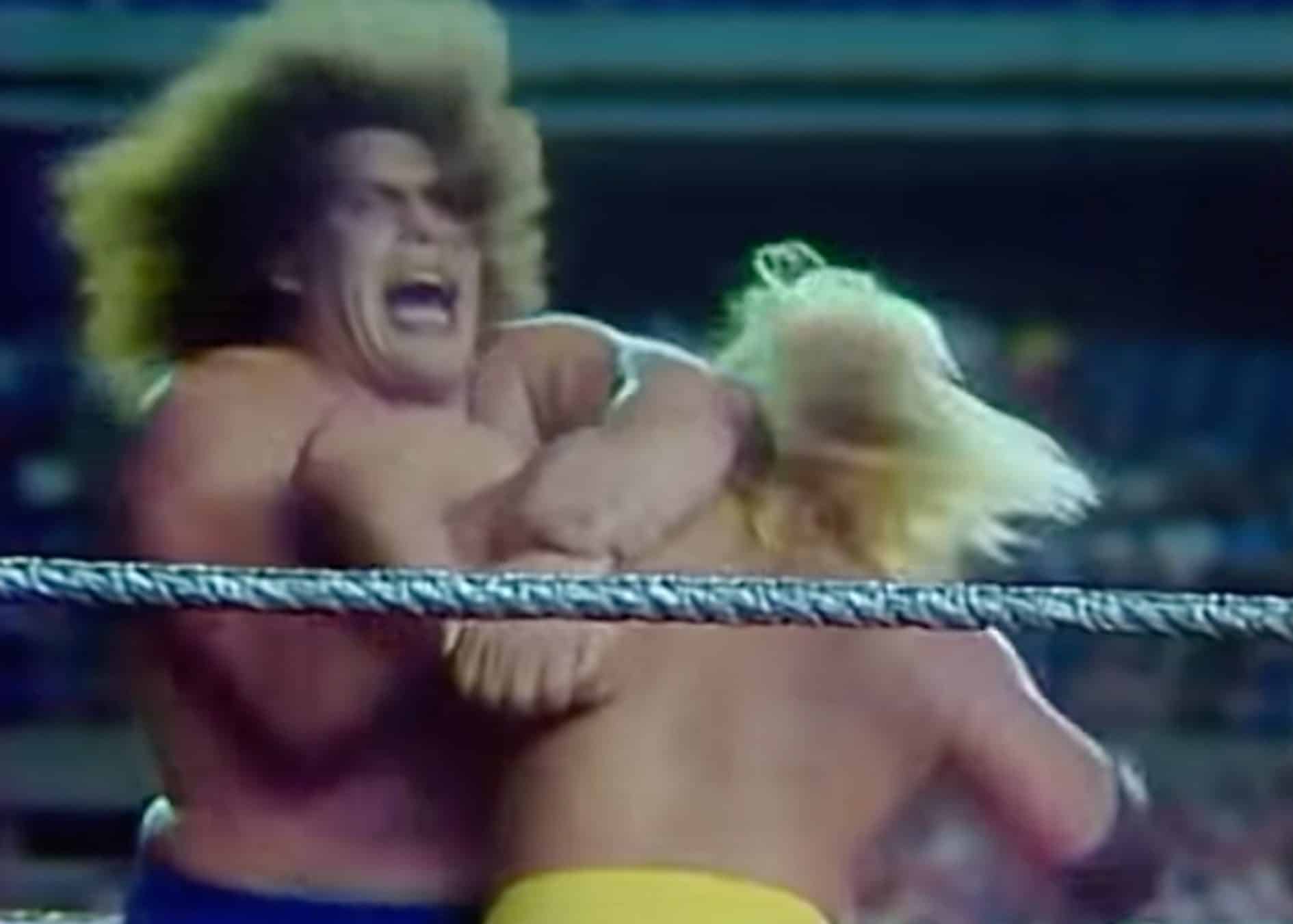 As Hogan reflects in another interview, “For those first few years of knowing André, I was just another kid who didn’t understand this business. When I finally smartened up and started having respect for this business, from that point on, I started to understand what André was all about. He loved this business. And he protected it.”

Hogan also came to appreciate the difficulties his colleague faced in daily life due to his size: “…there was never a situation where he could ever feel comfortable. He was a giant that legitimately stood seven feet tall, and there was never a chair, bed, toilet, or shower that fit right for him. It was a constant battle. He lived in a really cruel world. If he walked ahead of me at the airport, I heard people say horrible things and make fun of him. Once you got to know him, he was a very gracious person with a kind heart. But… he didn’t put up with any B.S.”

By the late 80s, Hogan and The Giant had undergone something of a role reversal. Hogan had become the most popular ‘face’ (good guy) of the era, credited with helping attract a wider audience than wrestling had ever enjoyed before. Far from being jealous and suspicious of Hogan as he had once been, André celebrated his colleague’s success, being the first to congratulate Hogan on his first WWF Championship win by tipping a bottle of champagne over Hogan’s head. 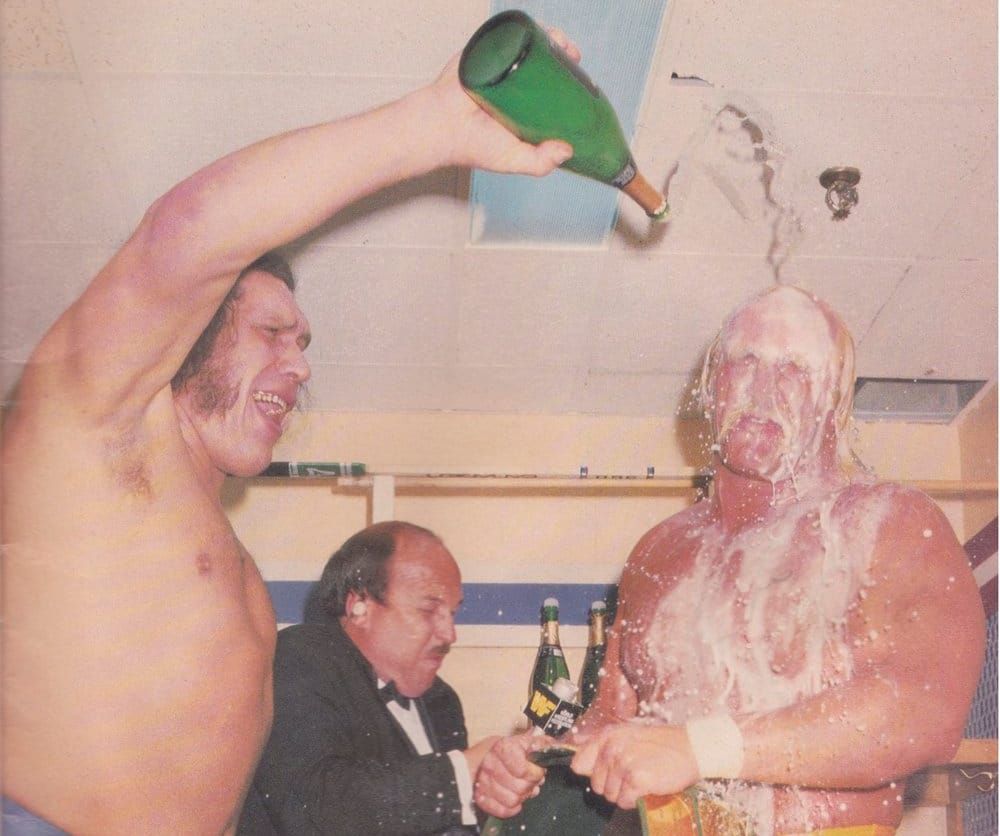 “André knew better than all of us”

It was also becoming apparent that André the Giant’s remaining time in the ring was limited. The physical strain of the sport, combined with the health problems associated with gigantism, meant that André was frequently in pain. Notoriously, the wrestler self-medicated by consuming a staggering amount of alcohol.

Hogan fondly recalls his colleague drinking 108 beers in 45 minutes before a flight, as well as going through an entire case of wine during a three-hour bus ride. André also drank “two quarts” of Crown Royal whiskey prior to them going to the ring at 1987’s Wrestlemania III.

Hogan and André’s Wrestlemania III match proved to be their most celebrated showdown, and it demonstrated the extent to which Hogan had earned André’s respect. Hogan was defending the championship, and the plan was for him to keep his belt. However, in what would seem to be a rarity in wrestling, there was uncertainty going in as to whether or not André was on board with this.

Hogan tells Sports Illustrated, “Vince [McMahon, WWF boss] came to me panicking. He didn’t know if André was going to put me over [i.e. allow him to win] or not… André was ‘The Boss’ and he knew better than all of us. If André wanted to beat me, that was fine with me. I’ve got nothing but respect for André. At the end of the day, if it was a real fight, he could have beat me. If he felt that beating me was best for business, then I’d have agreed with him.” 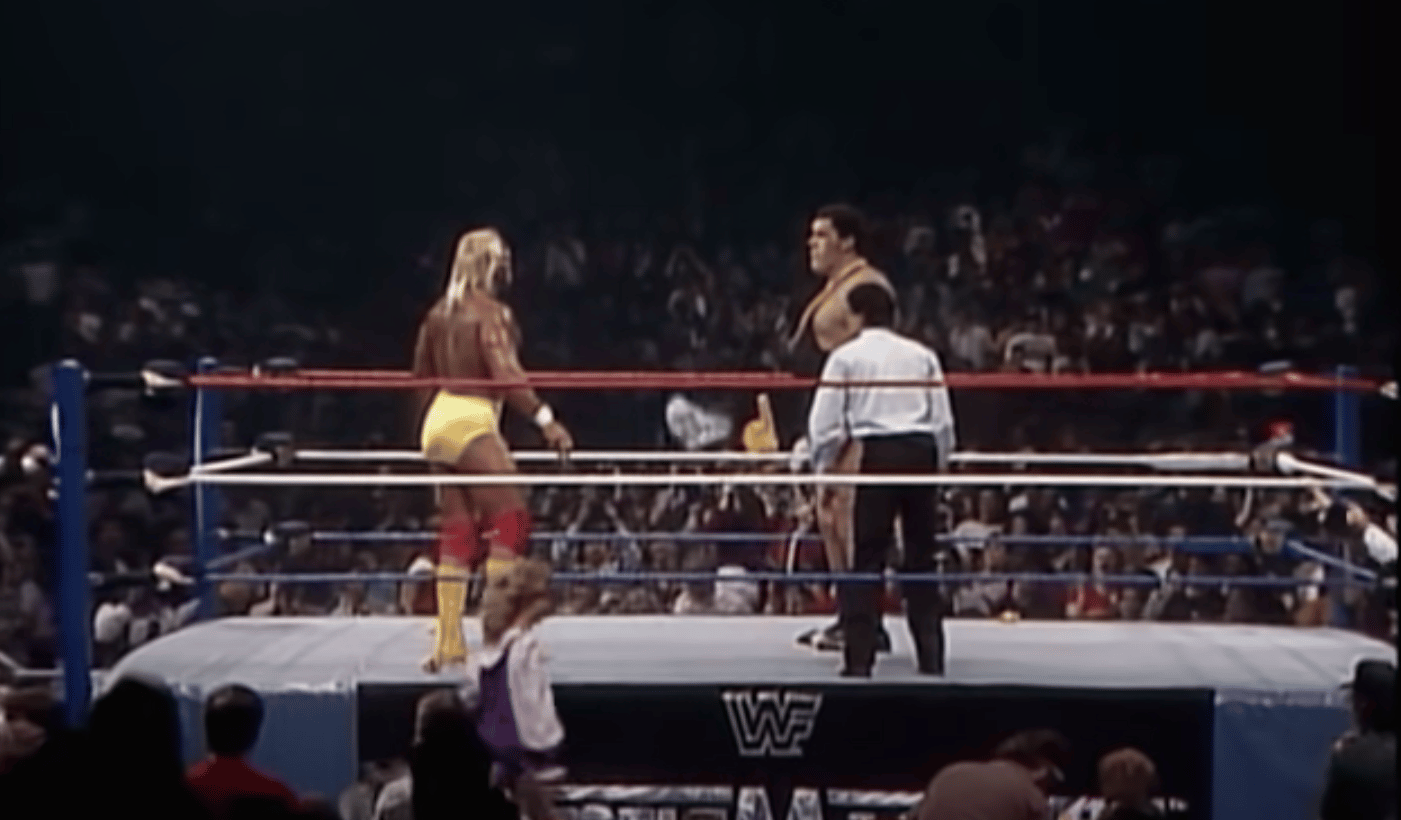 Hogan also felt particular anxiety about the match as, without consulting André, he had made notes planning how the match would play out – which, the wrestler stresses, was something they never did: “That went against our art form… it’s normally all instinct. I listen to the crowd, I listen with my heart, and I listen to what the people want.”

However, on this occasion Hogan “wrote it down to give Vince an idea of what we’d do,” and warned the WWF boss, “‘if you show [André] what I wrote down, I’m dead.’ If Vince had showed André that I wrote the match out, he was going to have a red-and-yellow blood spot in the middle of the ring.”

However, when the match began, Hogan was taken aback to find André following the fight as he had scripted it: “we argue, he throws a punch, I block it, hit him with two, go for the slam, then he slams me once, slams me twice, stands on my back, and I’m thinking, ‘Holy s***, he’s doing exactly what I wrote down.’ It really caught me off-guard.” 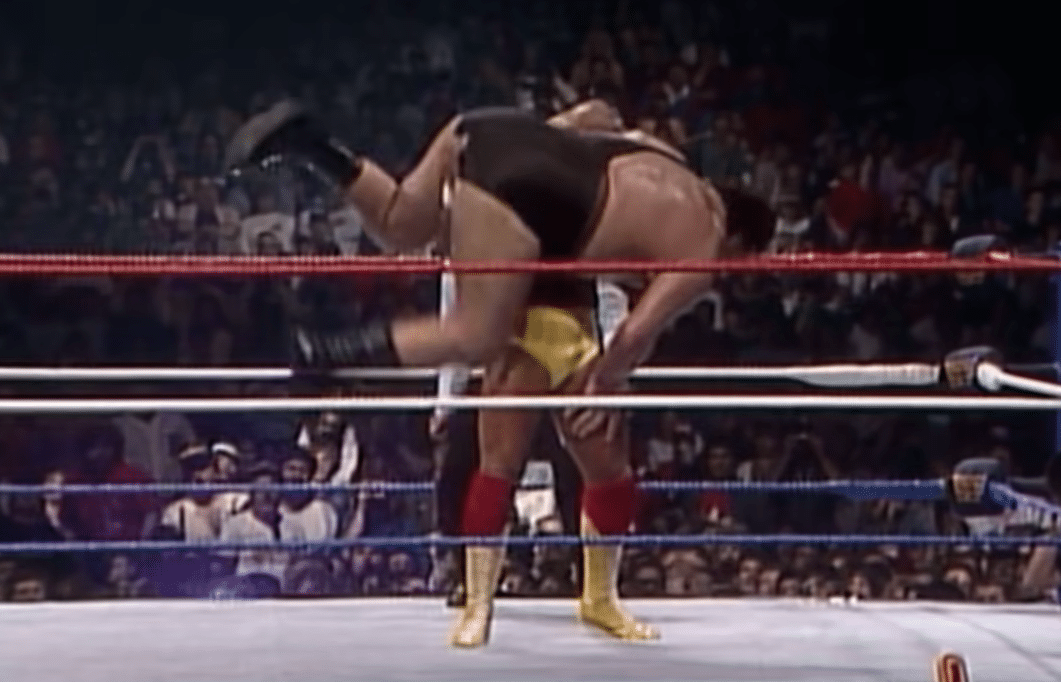 Then came what would be referred to as ‘the slam heard around the world,’ when Hogan body-slammed the far bigger man in a crowd-pleasing finishing move. While Hogan had in fact successfully performed this move on André before, they were keen to repeat the feat at Wrestlemania III, but Hogan wasn’t sure it was the best idea.

When it came to it, they did indeed pull off the move, and Hogan “tore my back, I tore my bicep, tore my delt in three places” body-slamming his friend. “André didn’t have to do that. He did that for the wrestling business. André knew it was time to pass the torch.” 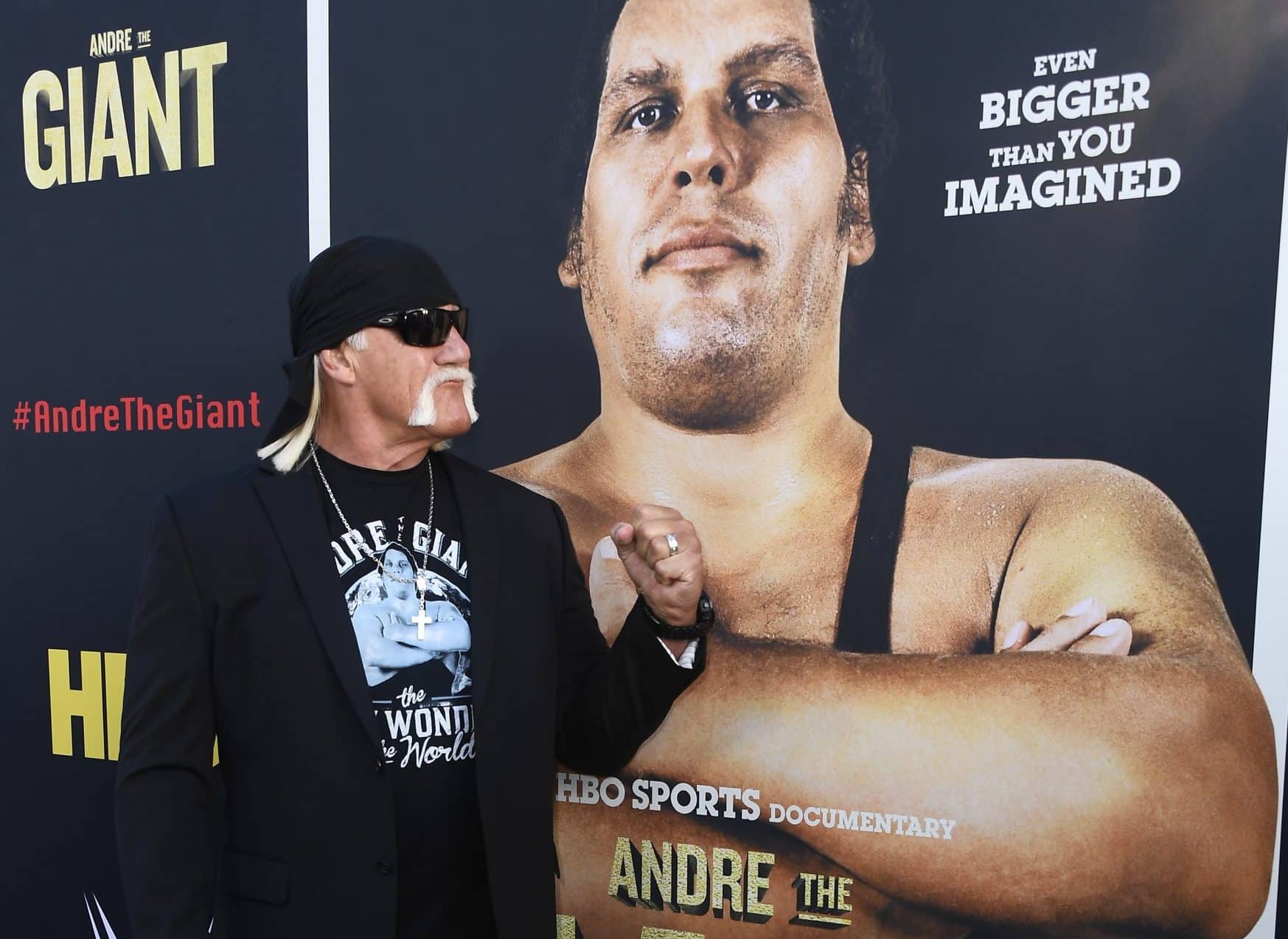 André and Hogan would meet in the ring several more times after Wrestlemania III. The years that followed saw Hogan go from strength to strength as wrestler, moving from WWF to rival wrestling promotion WCW for a time. Sadly, André would not be there to see it, as he passed away from heart failure in January 1993, aged just 46.

Despite his ups and downs with André, Hogan has nothing but good memories of his sadly missed friend today. The wrestler tweeted in January 2021 (28 years after André’s passing), ‘We had our differences and it really wasn’t fun when the Boss was p***ed off at me but it was a very serious learning curve and in the end we were like brothers Love U Boss R.I.P. You were the best! HH’.