How Much Is The Claude The Crab Beanie Baby Worth In 2022?

The humble frame of Claude the Crab stands out among the classic Beanie Babies of the 1990s. With a muted  palette and flat, sprawling shape, Claude is far from the cutest Beanie – and up against the array of cuddly Beanie cats, dogs and bears, these crabs have not stood the test of time, according to collectors.

However, on eBay a different story emerges, as it appears Claude the Crab has gone on sale for sums as high as $10,000. Is this price too good to be true? We’re taking a closer look at what Claude is truly worth. While Dinky the Dodo Bird, Piñata the Bear and the April Fool Bear have all been named among the ugliest Beanie Babies of all time. Yet Claude the Crab, with his murky blue, green and orange tie-dye, must also have drawn some strange looks on the factory floor.

Claude came out in 1997 – truly the heyday of Ty’s Beanie Babies. In the previous year, the company grew from $25 million to $250 million. Thanks to a seemingly unstoppable rise in popularity, Ty would earn $400 million in Beanie Baby sales in 1997.

Ty also teamed up with McDonalds in this year, producing a Beanie Baby Happy Meal promotion. The resulting ‘Teenie Beanies’ further boosted the company’s popularity, and soon afterwards came Baldy the Eagle, Blizzard the White Tiger and Claude the Crab. Claude was released on 11th May 1997, but was issued a fictional official birthday of 3rd September 1996. His run, however, was relatively short-lived, as the toy was retired from manufacture on 31st December 1998.

Nevertheless, on March 1999, Claude the Crab experienced a revival as the toys were gifted to season ticket holders at a basketball game between the Los Angeles Lakers and the Sacramento Kings.

In the same year, Claude himself became a Teenie Beanie in the hugely successful McDonalds Happy Meal promotions. 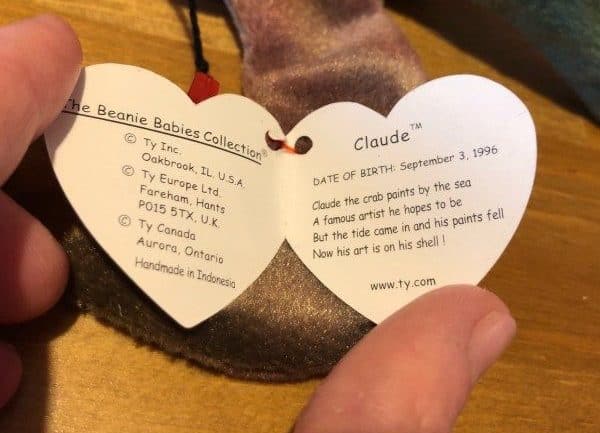 Claude’s accompanying poem reads: “Claude the Crab paints by the sea /. A famous artist he hopes to be /. But the tide came in and his paints fell /. Now his art is on his shell!”

The toy also features black button eyes and a cream-coloured underbelly. Claude is particularly prone to misprints, which often boost the value of Beanie Babies in the eyes of collectors.

For instance, Claude’s ‘tush tag’ has variously misnamed him as Inky, Snowball, Weenie, Digger and Legs. In versions sold in Canadian shops, Claude’s name sometimes appears in all capital letters. Claude was manufactured in Indonesia and China. 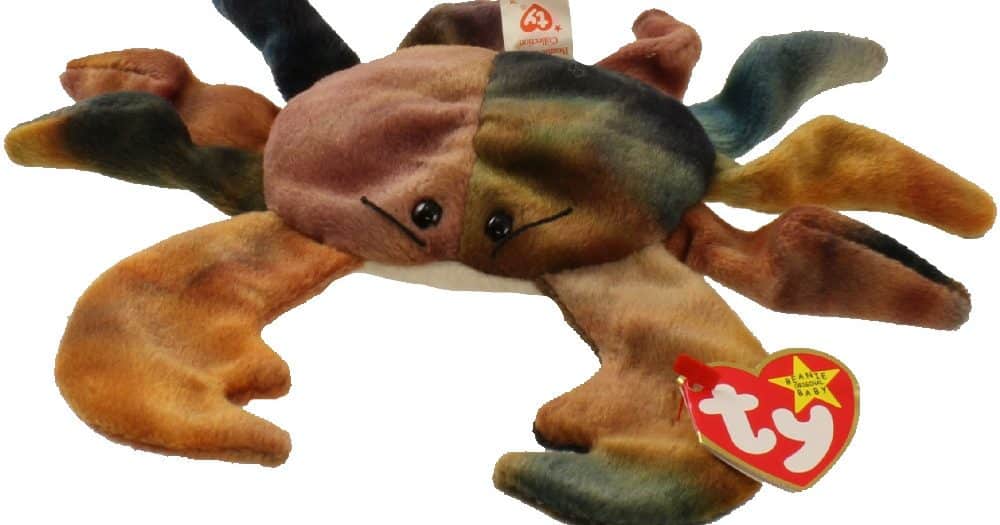 Across the Internet, Claude the Crab is frequently cited among the most expensive Beanie Babies of all time. One seller reportedly offered a Claude the Crab for $100,000 on eBay. Other sites claim to have discovered sales in the range of $7,200-$8,000, but this story doesn’t entirely add up.

According to Yahoo Finance writer Branford Shaw, “As a rule, the more unique the Beanie Baby, the more valuable it is, which means that certain versions with slight variations in styling or even errors in production often command the highest prices.” Claude the Crab is not a particularly rare toy at all, as in was produced in the thousands.

Due to collectors’ tastes, the value of a Beanie Baby can vary massively depending on its condition, age and packaging. These extremely high sums, however, surface only occasionally, and they do not match up with other offers online. In fact, most Claude the Crab toys on eBay are listed for prices between £2 and £13 (and under $12 on eBay.com). Higher offers should draw suspicion, as experts have warned that these sky-high prices may be a cover for illicit deals and money laundering.

“A lot of people are still looking at clickbait articles that say Princess [Diana Bear] is worth half a million,” said Karen Holmes, a Beanie Baby specialist. “It’s not.” Princess Diana Bears are typically worth under $20.

Holmes’ colleague Karen Boeker added that during her investigations, “Somebody else mentioned drugs. They would put up a Beanie Baby and then they would sell them drugs, but it looked like they were buying a Beanie Baby.” 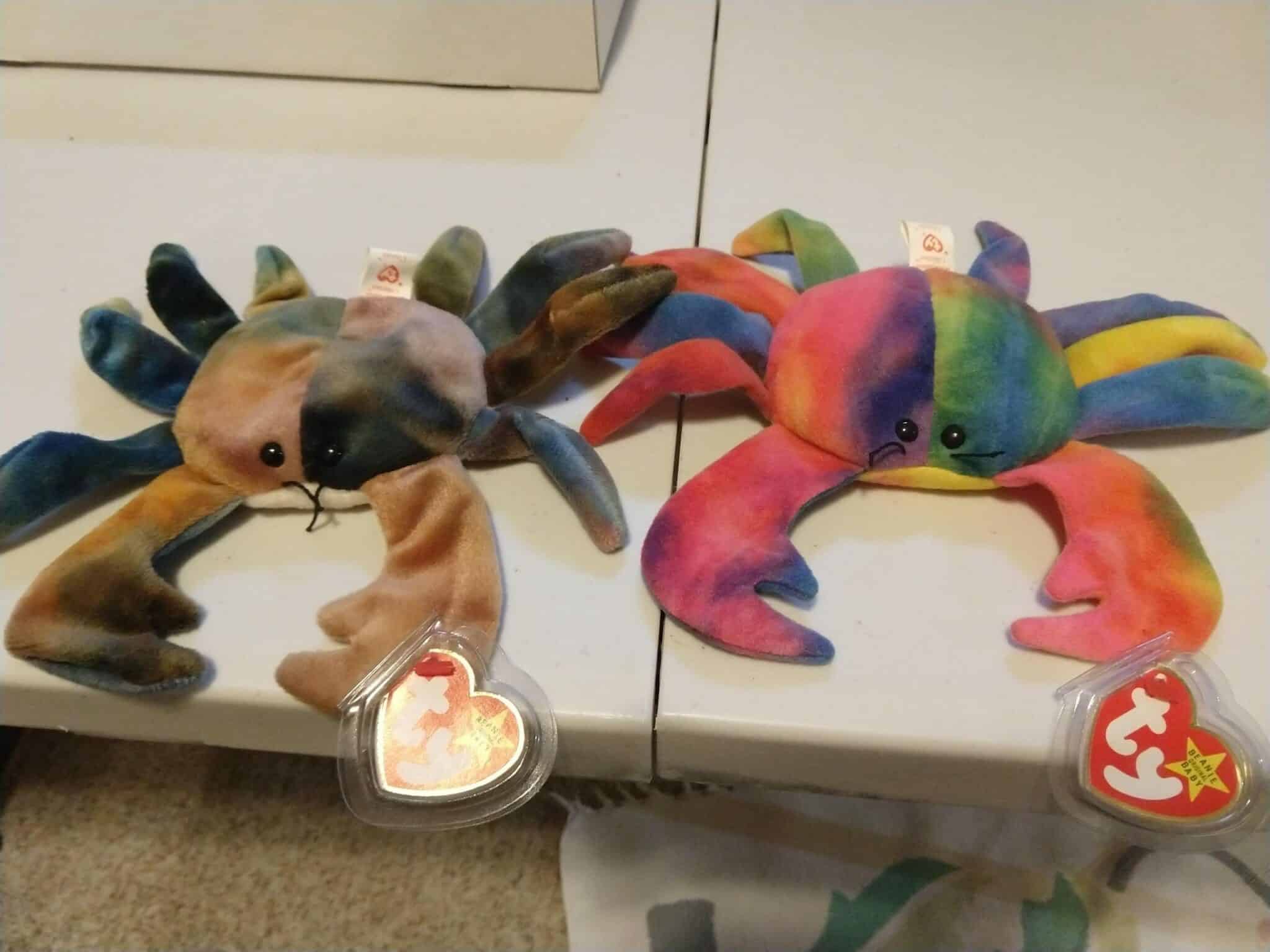 According to Boeker and Holmes, it is crucial that you thoroughly research the true value of a Beanie Baby before buying into the strange promises of many online sellers.

Although the prices today may disappoint Claude’s fans today, this unusual toy will surely live on amongst its cuddlier counterparts.

Despite Claude the Crab’s low value, there are even counterfeit models on the market, which appear far more vibrant and child-friendly.