Probably the weirdest fad toy of the 70s, Pet Rocks were the smooth stones from Mexico that became children’s loyal companions worldwide. Packaged in a box with breathing holes, they were marketed like live pets, accompanied by a manual entitled The Care and Training of Your Pet Rock. This unassuming gimmick soon made a fortune.

Although the sight of these 70s classics may pack a punch of nostalgia today, their value isn’t particularly high as a collector’s item. We’re taking a closer look at why these rocks soared and then plummeted in public interest. 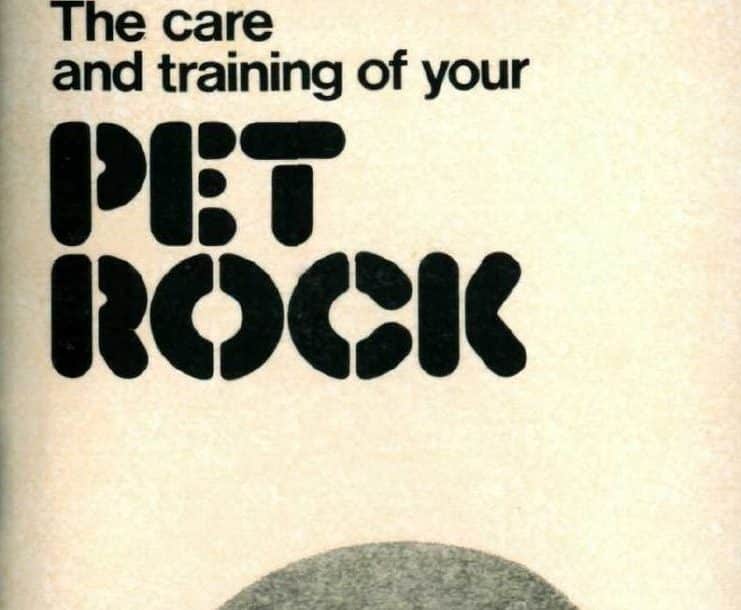 The Pet Rock creator Gary Dahl was once a freelance advertising copywriter in California. He lived in a small cabin, struggling to make ends meet. One evening in April 1975, he met with friends for drinks in the town of Los Gatos, and the group began to chat about the pros and cons of keeping pets. Acknowledging that cats, dogs, fish and other animals required a lot of work, Dahl began to joke that his own pet – a rock – didn’t cause him any such hassle.

Laughing along with the joke, his friends began to brainstorm the other benefits of pebble pets. They noted how easy and cheap it was to care for a rock – not to mention their marvellous personalities.

Inspired, Dahl went home and started to create a manual about how to train your pet rock. In this text, he detailed how to teach tricks to your rock, such as rolling over and playing dead. “If, when you remove the rock from its box it appears to be excited, place it on some old newspapers,” the manual advised on house-training. “The rock will know what the paper is for and will require no further instruction. It will remain on the paper until you remove it.” 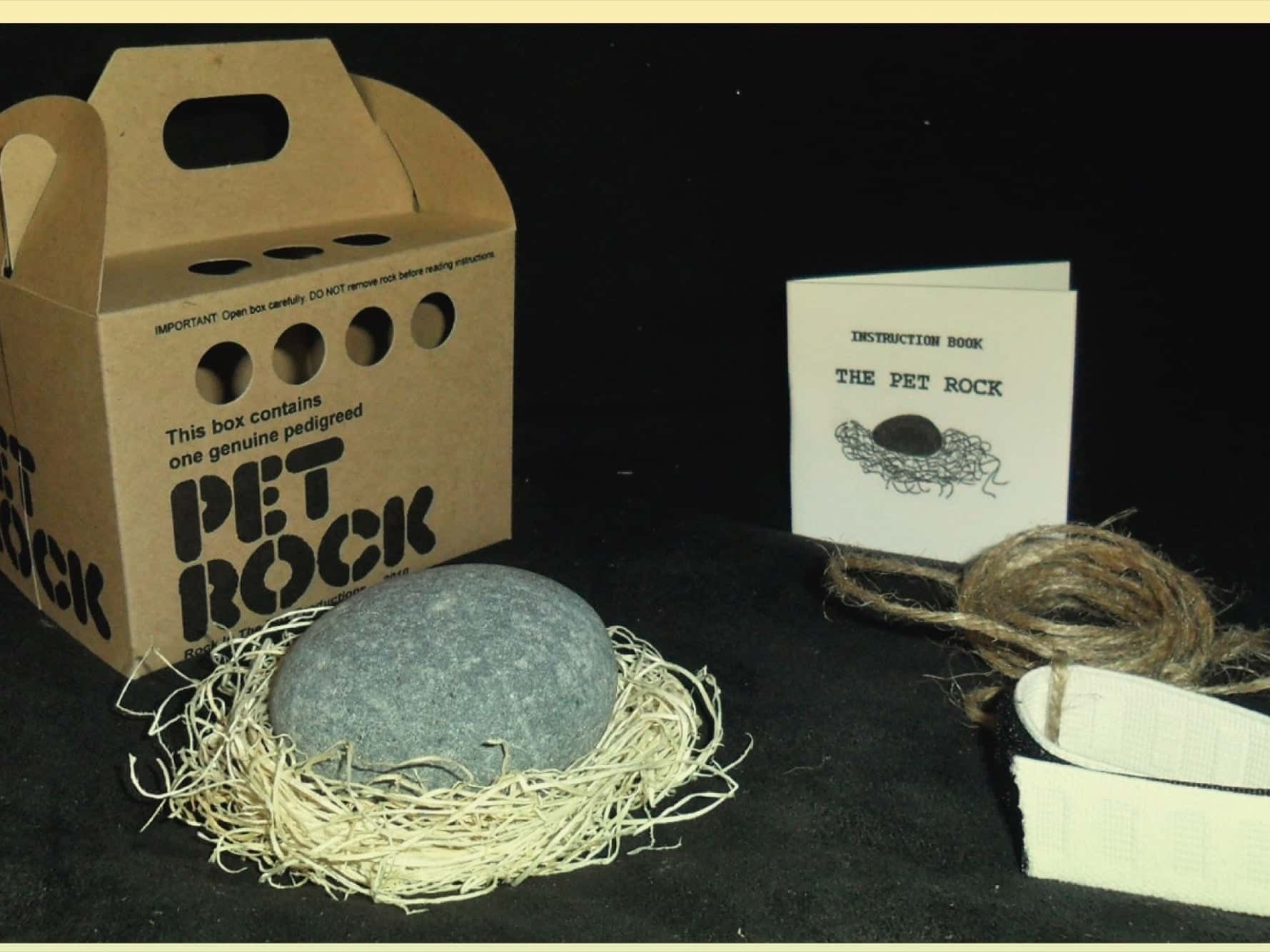 To complete the gag, Dahl visited a building supplies store in San Jose and picked out the most appealing pebble he could find: a round, flat Rosarita Beach Stone.

He purchased this grey rock for just one cent and then crafted a ‘carrying case’ for it, nestling the stone in excelsior (also known as wood wool). Combined with the manual, he simply named his new prototype ‘The Pet Rock’.

In August 1975, Dahl took his creation to gift shows in San Francisco and New York, knowing that the gift market was easier to enter than the toys market. His decision paid off, as he attracted orders from department stores and toy companies. Retailer Neiman Marcus ordered 1000 Pet Rocks, while Bloomingdales soon added Dahl’s creation to its catalogues.

‘I had one phone to each ear’ 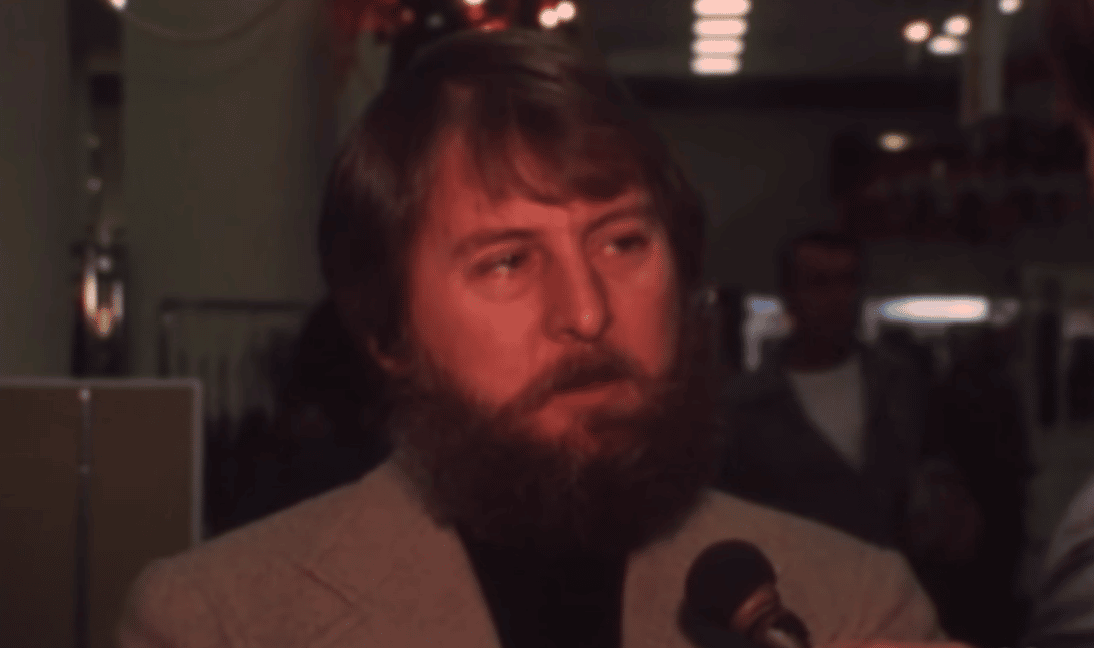 Determined to make at least a dollar from every Pet Rock he sold, Dahl charged $4 per item. Meanwhile, he boosted the novelty item with various TV interviews. Keeping his sales pitch light-hearted, he would joke with TV presenters that the rocks were tested for obedience back on Rosarita Beach in Baja, Mexico.

Sure enough, Pet Rocks flew off the shelves. Dahl sold over five million in the space of six months. Copycat rocks sprung up, while Pet Rock Obedience Lessons, mail-order Pet Rock degrees and Pet Rock Burials-At-Sea also hit the market, as other inventors and advertisers wanted to profit from the craze. 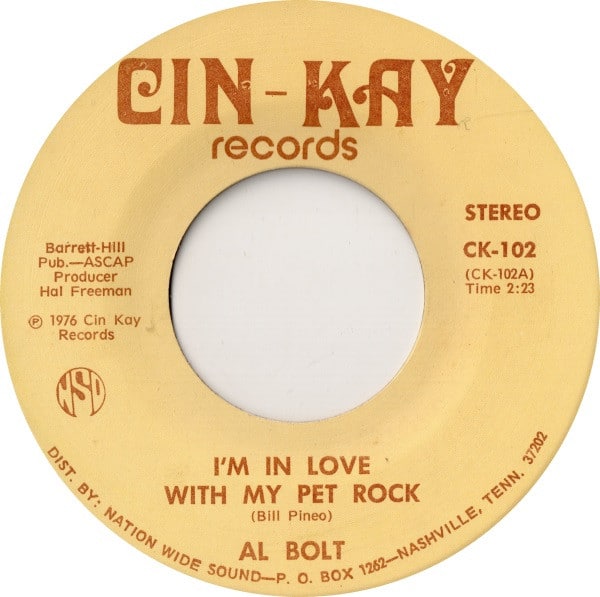 The country singer Al Bolt even composed a tune named I’m In Love With My Pet Rock, about a young boy adopting a stray pet rock.

“I had one phone to each ear,” Dahl recalled in 2011. “I taught my P.R. guy to impersonate me so he could also answer my calls.”

The Pet Rock proved a passing craze, as interest dwindled by February 1976 and retailers offered them at discounted prices. But by this point, Dahl had amassed over $4 million in today’s money.

‘A bunch of wackos’ 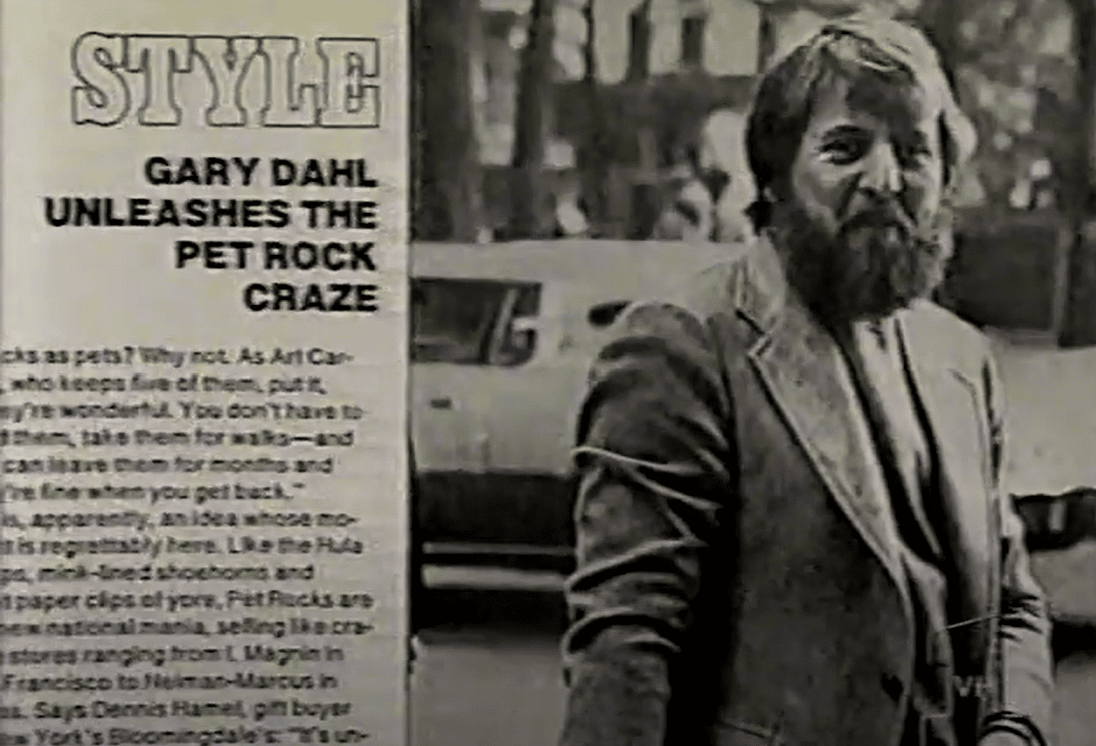 Dahl used his new fortune to buy a Mercedes and move into a new home with a giant swimming pool. He also opened a bar called Carry Nations in Los Gatos.

However, his later attempts to sell further gimmicks – including an Original Sand Breeding Kit – failed to take off. What’s more, Dahl was sued in the late 70s by his original investors, who claimed they had been denied a fair share of the profits. The court ruled in their favour and Dahl had to pay a six-figure sum.

By 1988, Dahl was avoiding the press due to “a bunch of wackos” hassling him with threats and lawsuits. “I really don’t know how they find me, but they do,″ he told Associated Press. “It makes me a lot more cynical. It made me too high profile. There’s a bizarre lunatic fringe who feel I owe them a living. I don’t know if it’s been an asset or a liability.” 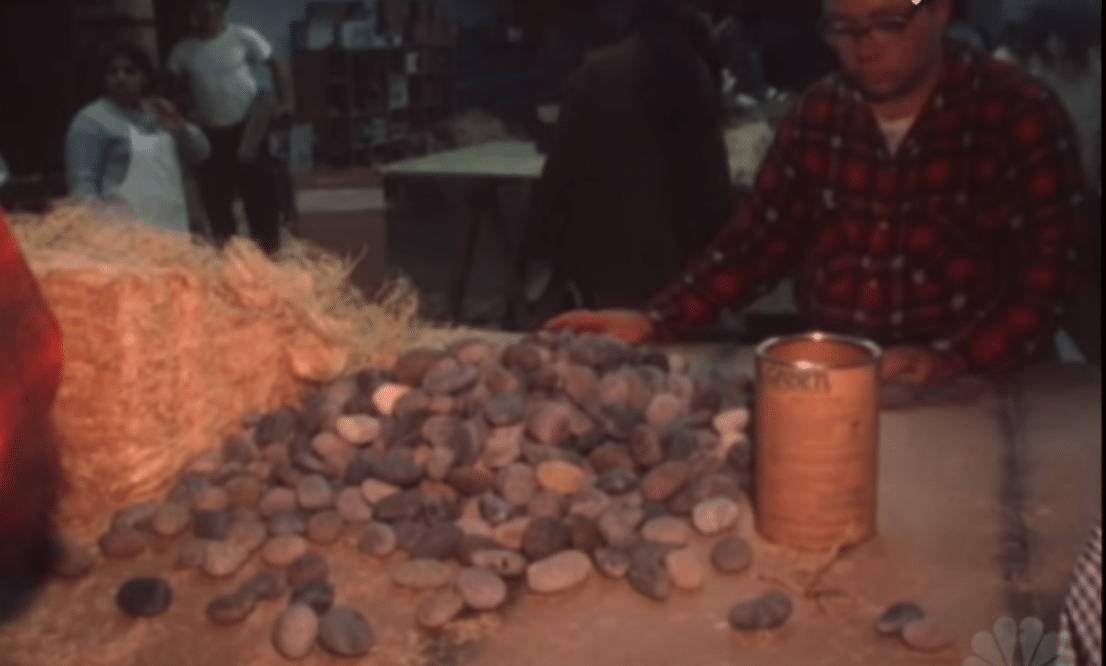 ″Sometimes I look back and wonder if my life wouldn’t have been simpler If I hadn’t done it,″ he mused. Dahl passed away in 2015 at the age of 78. 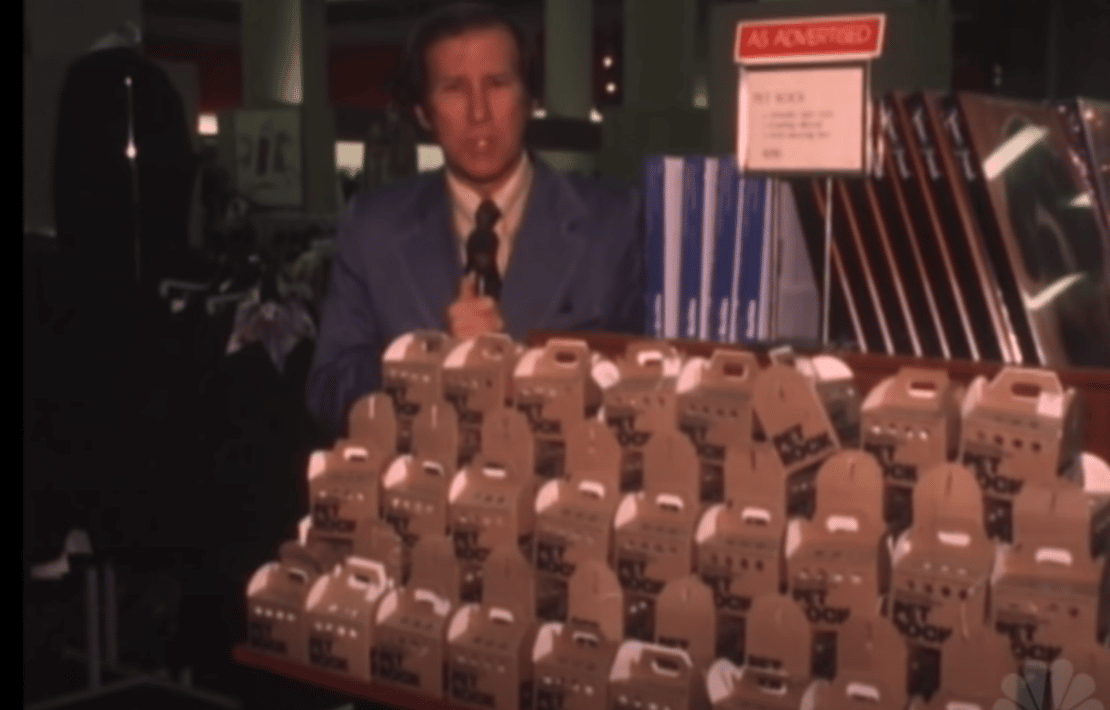 In the USA, National Pet Rock Day takes place on the first Sunday in September, when fans can celebrate their enduring companions.

And the spirit of the pet rock lives on today through a viral video on social media. In 2022, an old clip of Elmo feuding with a pet rock named Rocco resurfaced and garnered over 7 million views, spawning shady comments on Elmo’s official media accounts and a parody on Saturday Night Live.