How Many Of These 16 ThunderCats Toys Did You Own?

We know that many of you would rate ThunderCats as one of the greatest (if not the greatest) cartoons of the 1980s, and there’s no doubt that the toys were also absolutely brilliant…

There were far more toys in the ThunderCats range than even we realised, and whilst we don’t have the space to show them all, we have listed some of the very best. How many of these toys do you remember? And perhaps more importantly, how many did you own? 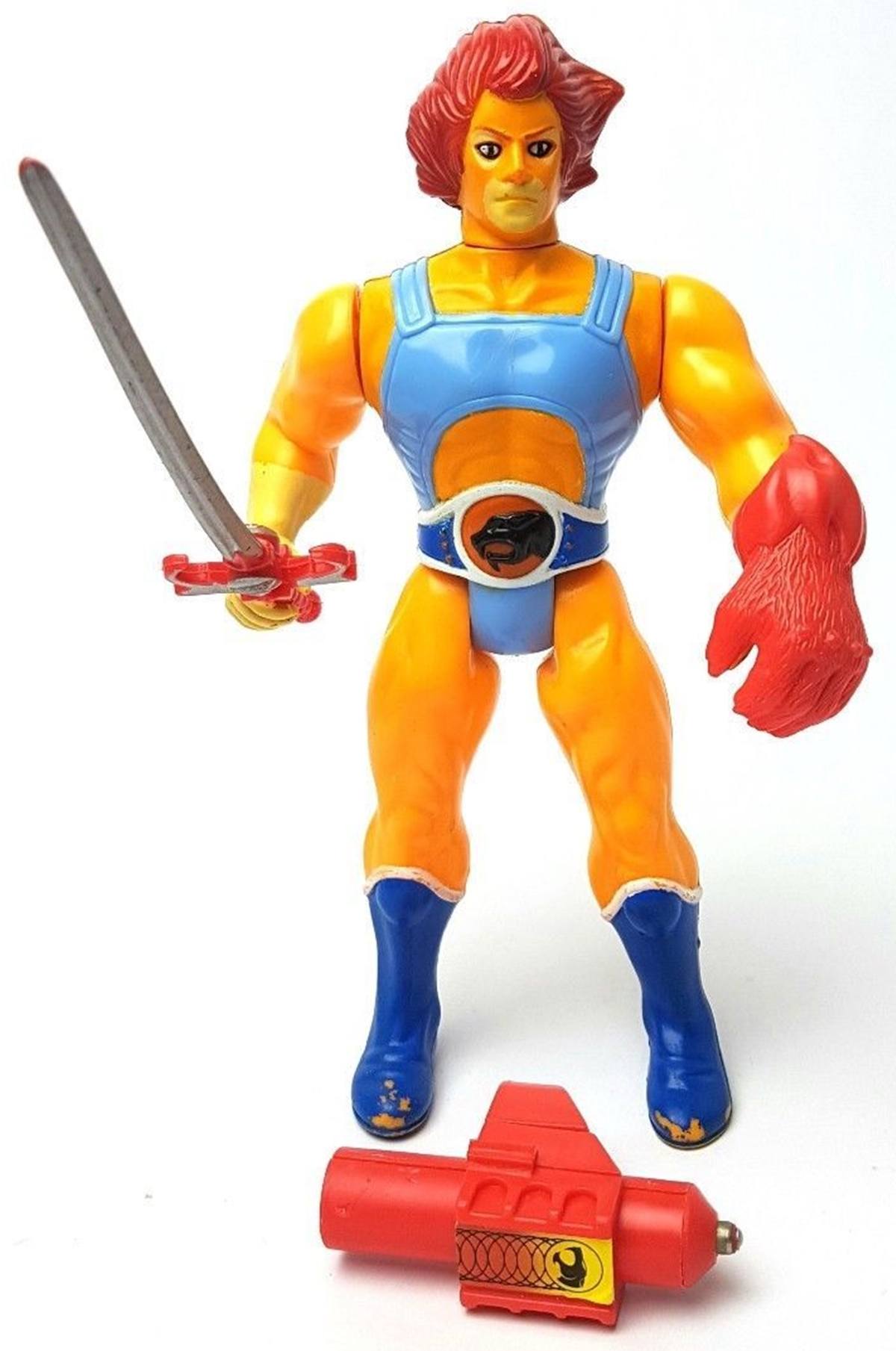 The legendary leader of the ThunderCats was the toy figure that topped many of our Christmas wish lists. Do you remember the ‘wand’ that you pressed into his back to make his eyes light up? Incidentally, he’s now worth rather a lot, with a boxed Lion-O selling for £250 on Ebay in October 2017. Even un-boxed people are asking for as much as £125! 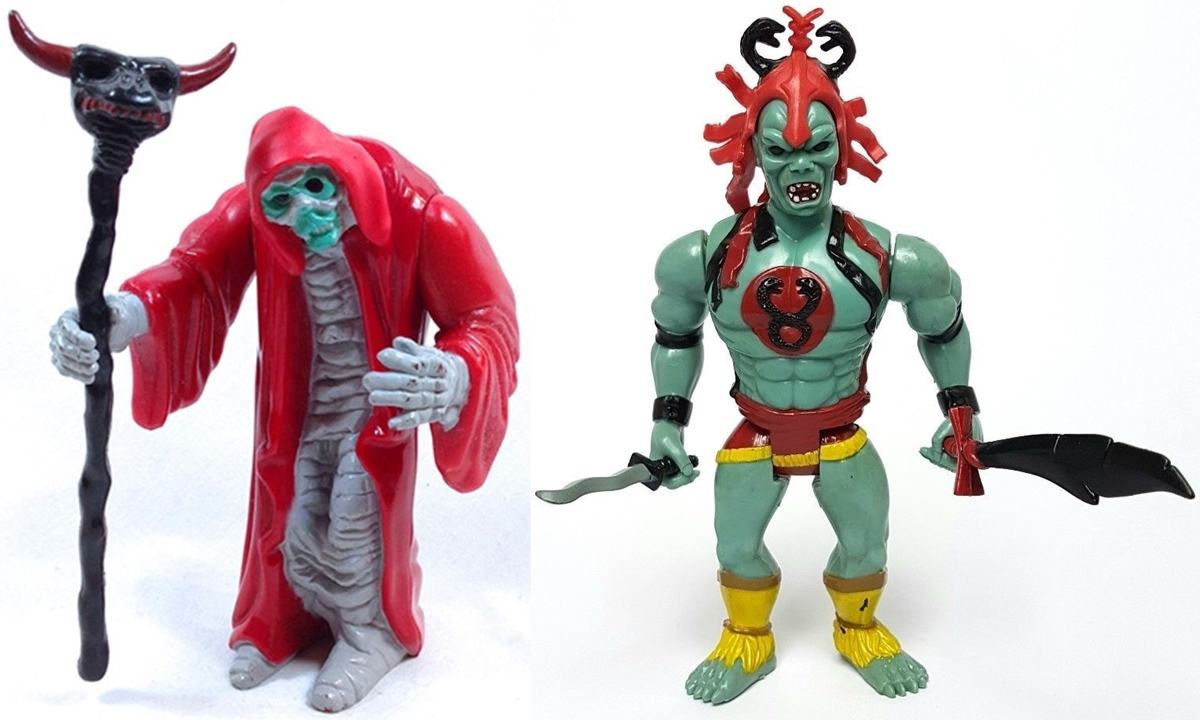 We’re sure that you’ll remember the post-transformation Mumm-Ra figure, but had you remembered that you could also purchase a pre-transformation ‘mummy’ Mumm-Ra? Personally we liked the big nasty muscular version so much that we never even considered asking for the other one. 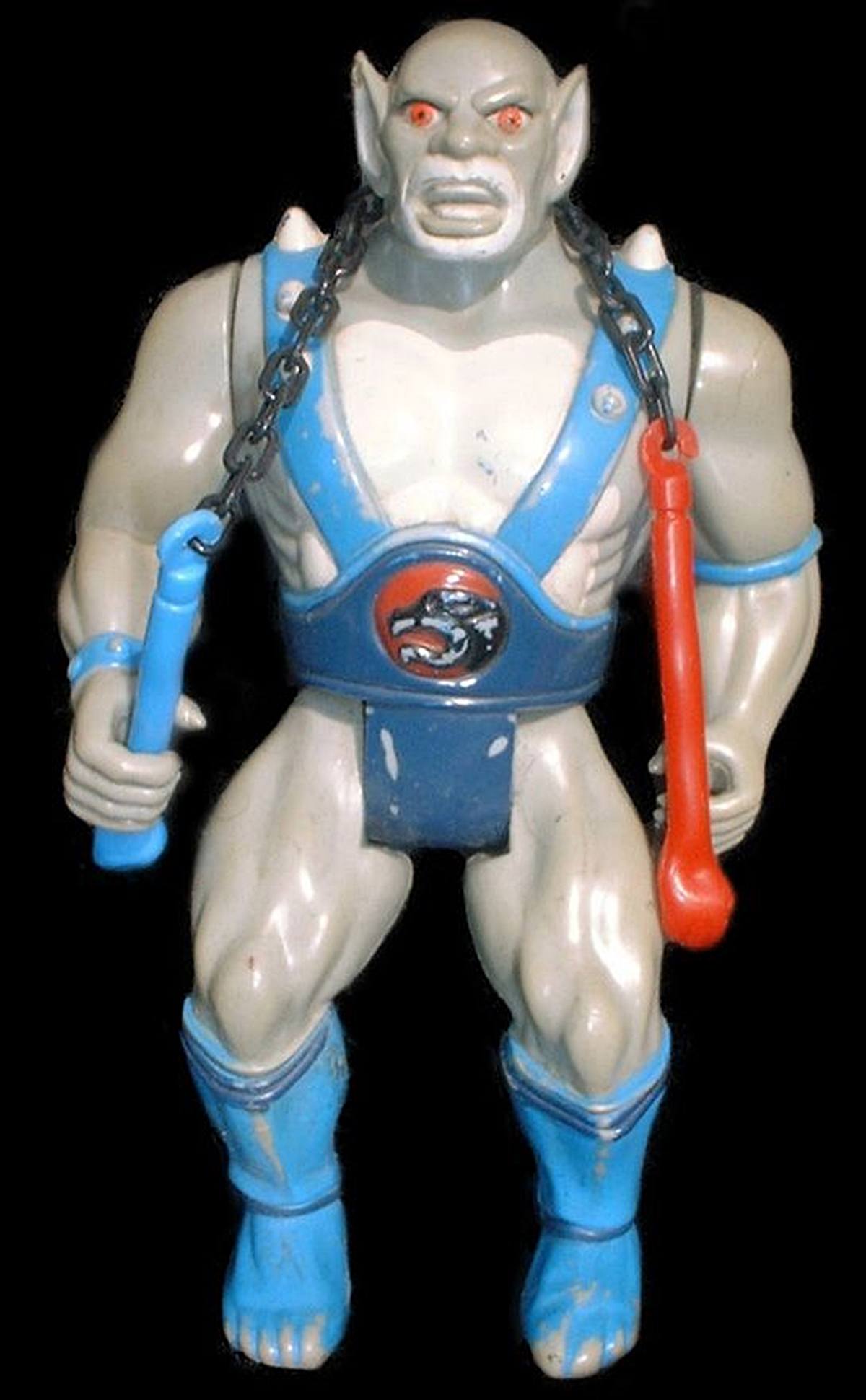 Panthro was so clever that he built the Thundertank out of spare spaceship parts, but the main reason we loved his toy figurine was down to his brilliant nun-chuck weapon with the tiny hands at the end. 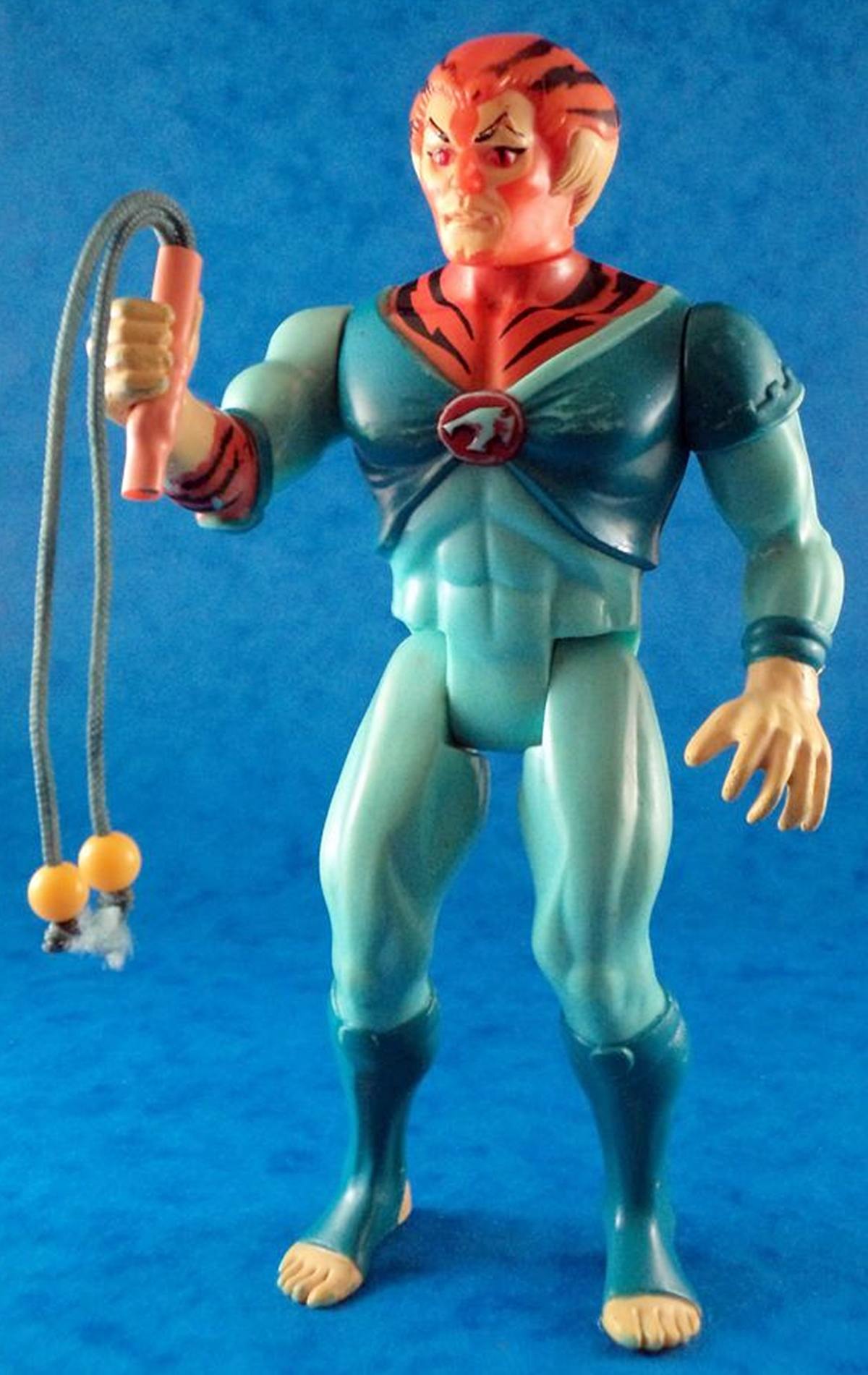 Tygra was my favourite, so seeing a picture of this toy again has filled me to the brim with nostalgia. His double-ended whip weapon was also great for flicking at my younger siblings.

Be honest now, as a child you had a cheeky little crush on Cheetara didn’t you? Us too, because she was absolutely gorgeous, and she of course came with a stick/pole weapon that she used to fling herself all over the place. 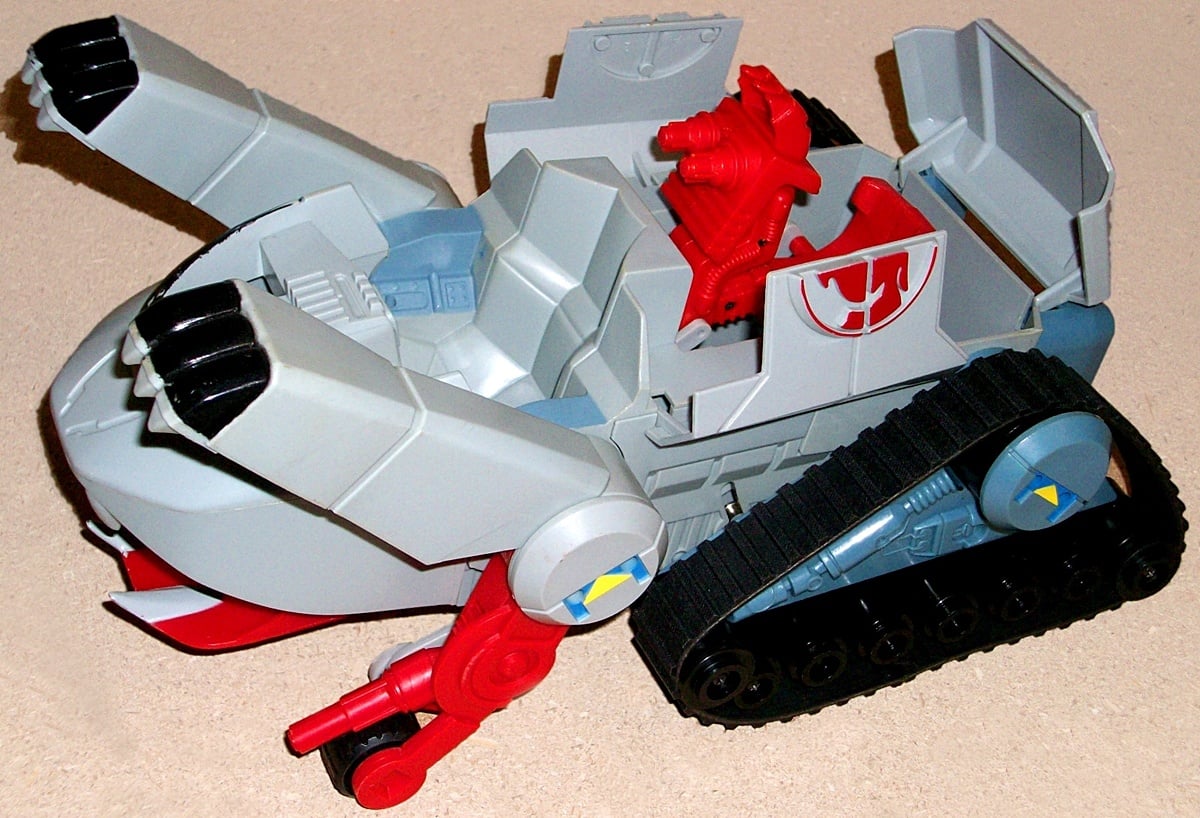 As we’ve already mentioned, the ThunderTank was built from scratch by Panthro using parts from the ThunderCat’s wrecked spaceship. That guy had some serious mechanical skills, and it was definitely a vehicle that many of us wanted to own, but not all of us were lucky enough to actually acquire. 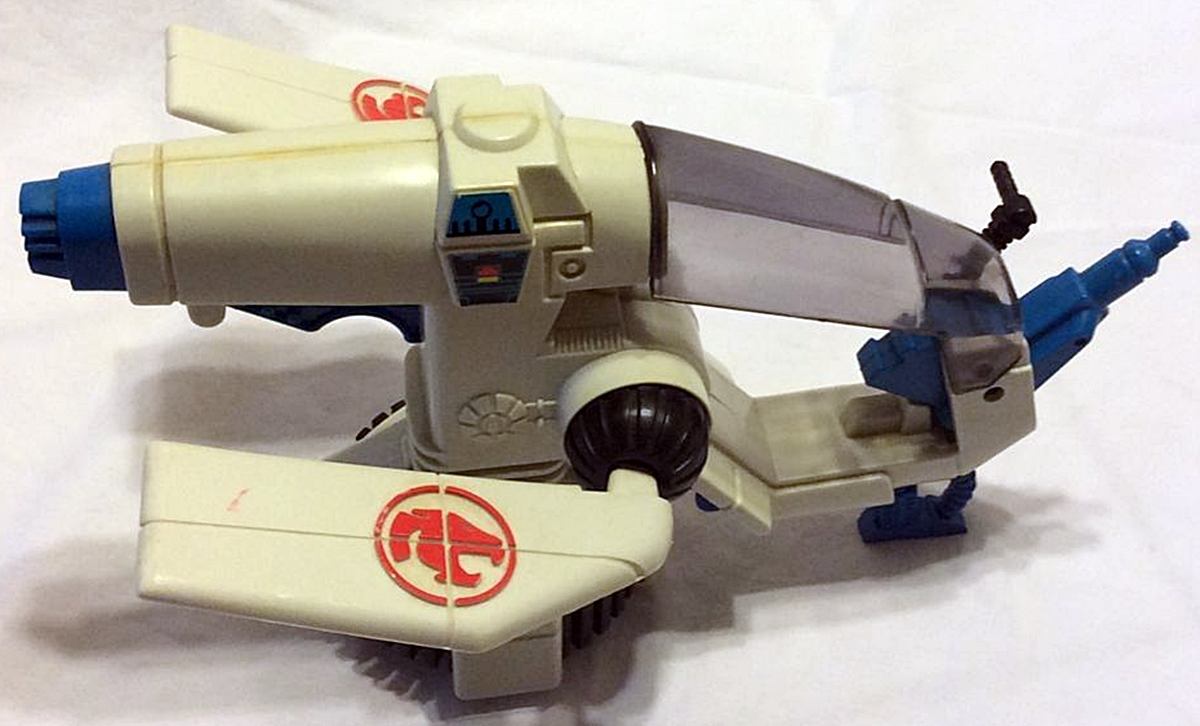 I personally owned this vehicle, but had completely forgotten about it until now. It had a trigger on the back that you pressed to get the ‘hover’ wheel at the bottom spinning around. 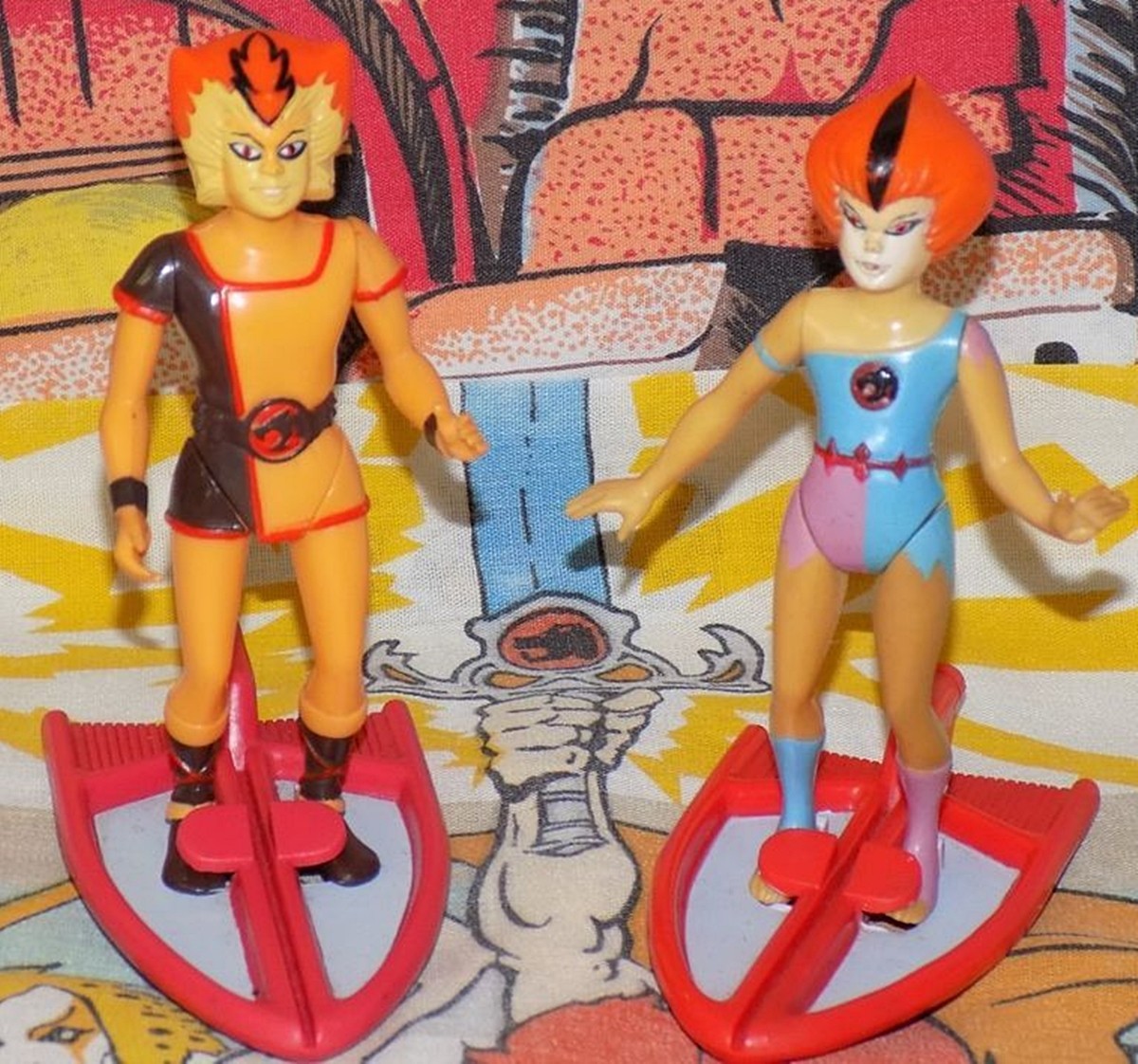 WilyKit and WilyKat may have been slightly annoying characters in the cartoon, but there’s no doubt that their cute little figures with their hover-boards were great fun, and I can remember me and my sister playing with them for hours. 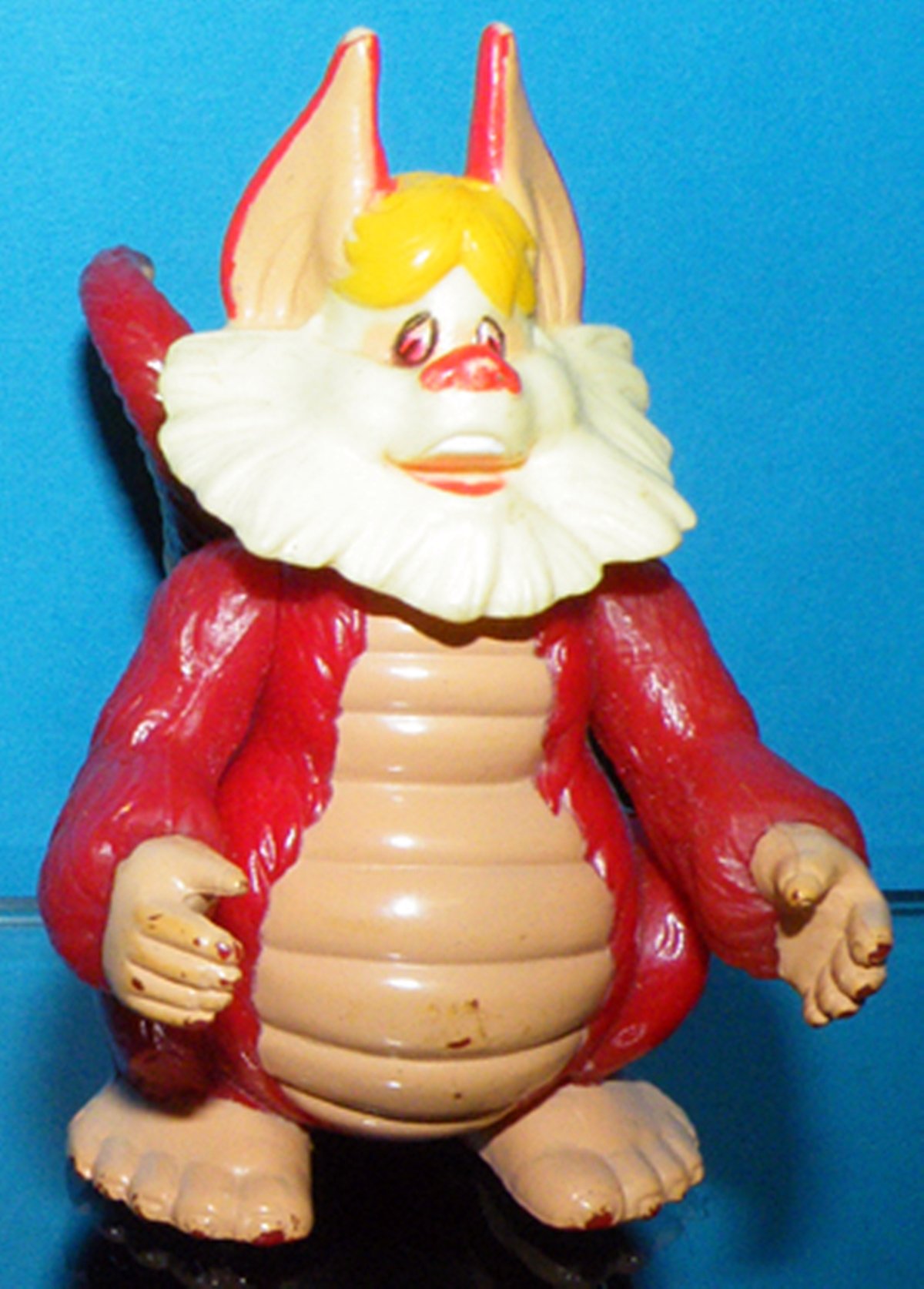 A bizarre ThunderCats fact for you; Did you know that Snarf was really called Osbert? It was actually all members of his race that were called Snarfs. If you remember, he also had an annoying nephew called Snarfer. 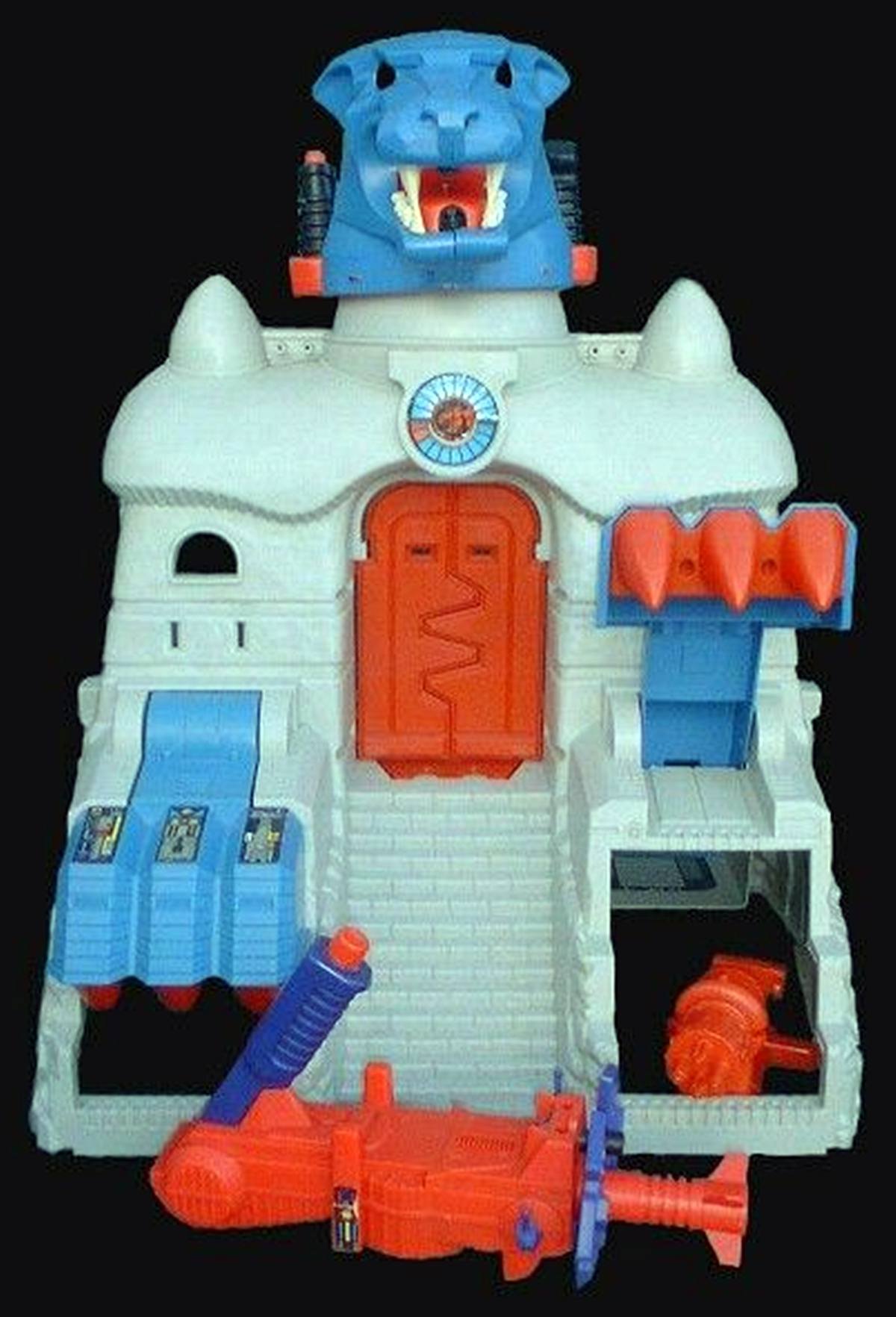 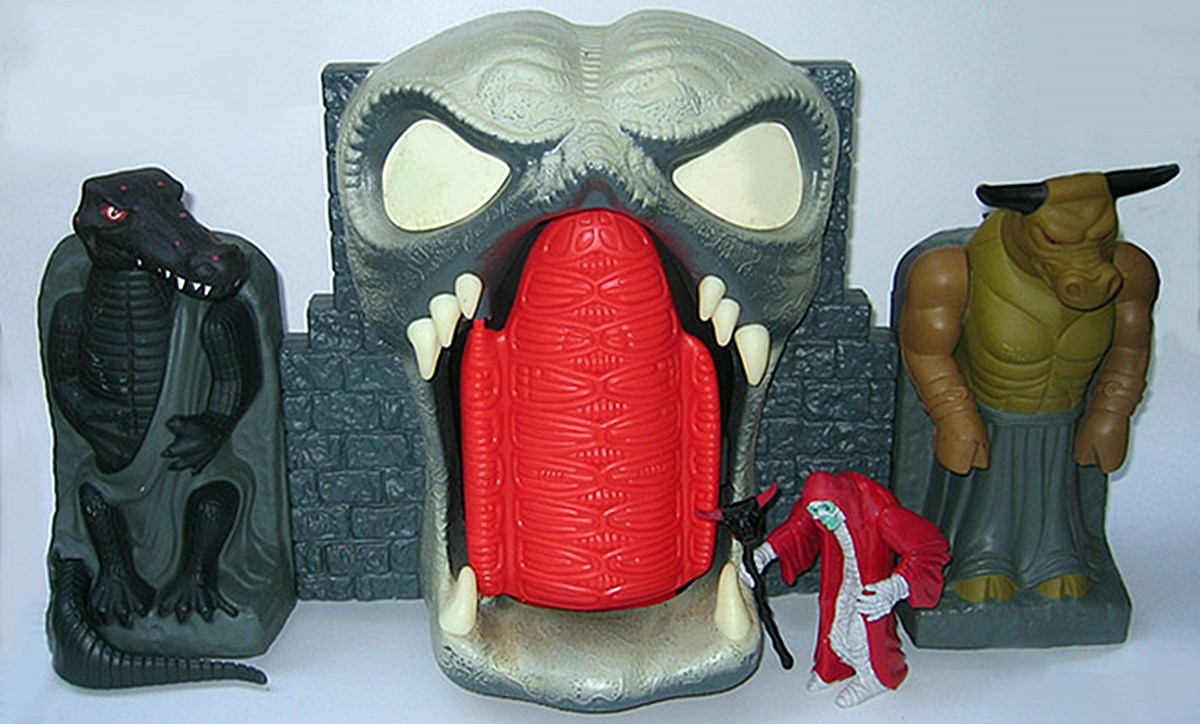 And sadly neither did we own Mumm-Ra’s brilliant-looking Tomb Fortress, and if we’re honest we don’t ever remember seeing one at any of our friend’s houses either. 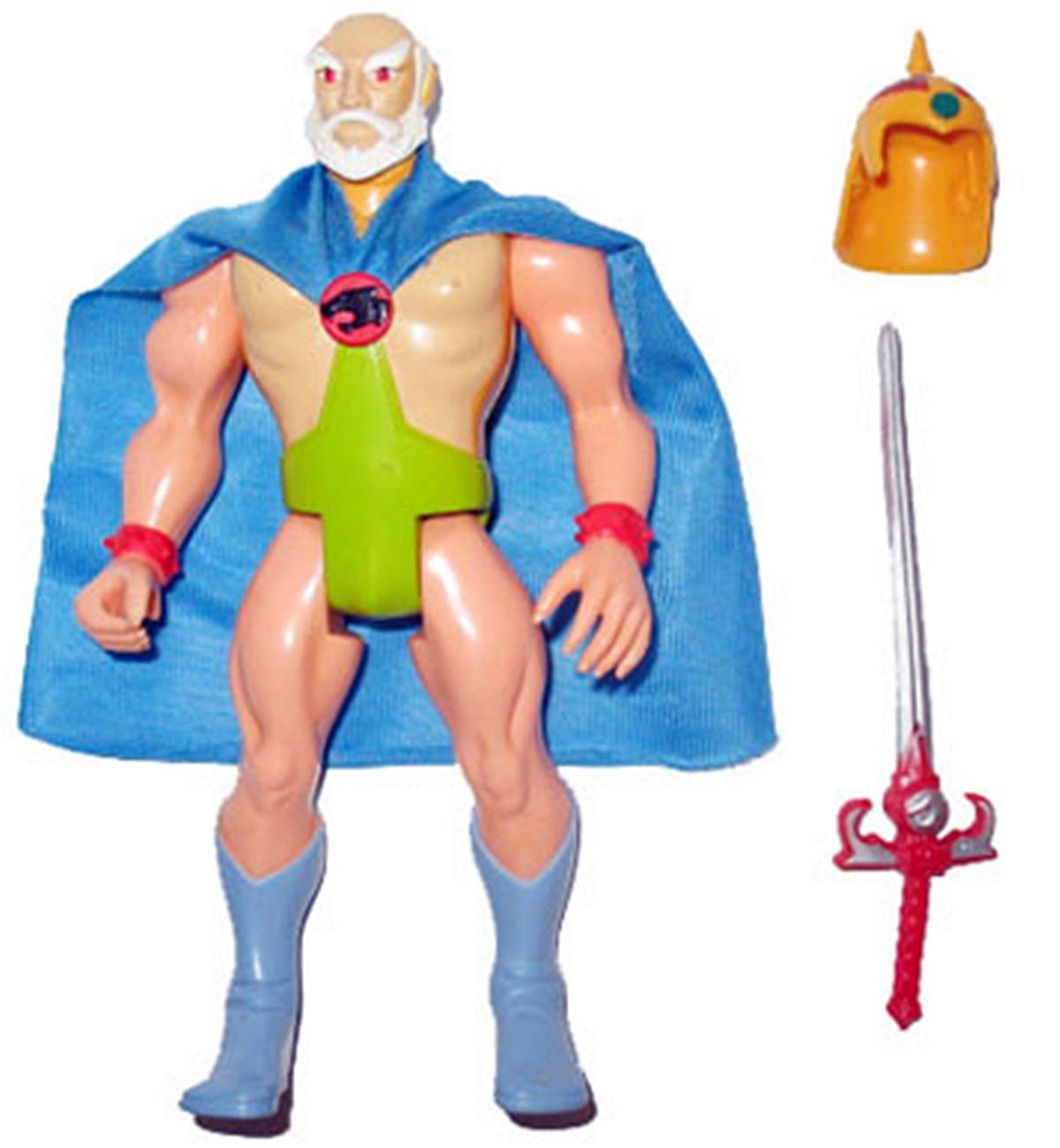 In the cartoon Jaga died in the first episode, but luckily for the toy manufacturers, his spirit often appeared as a Yoda-like mentor to the hero Lion-O. 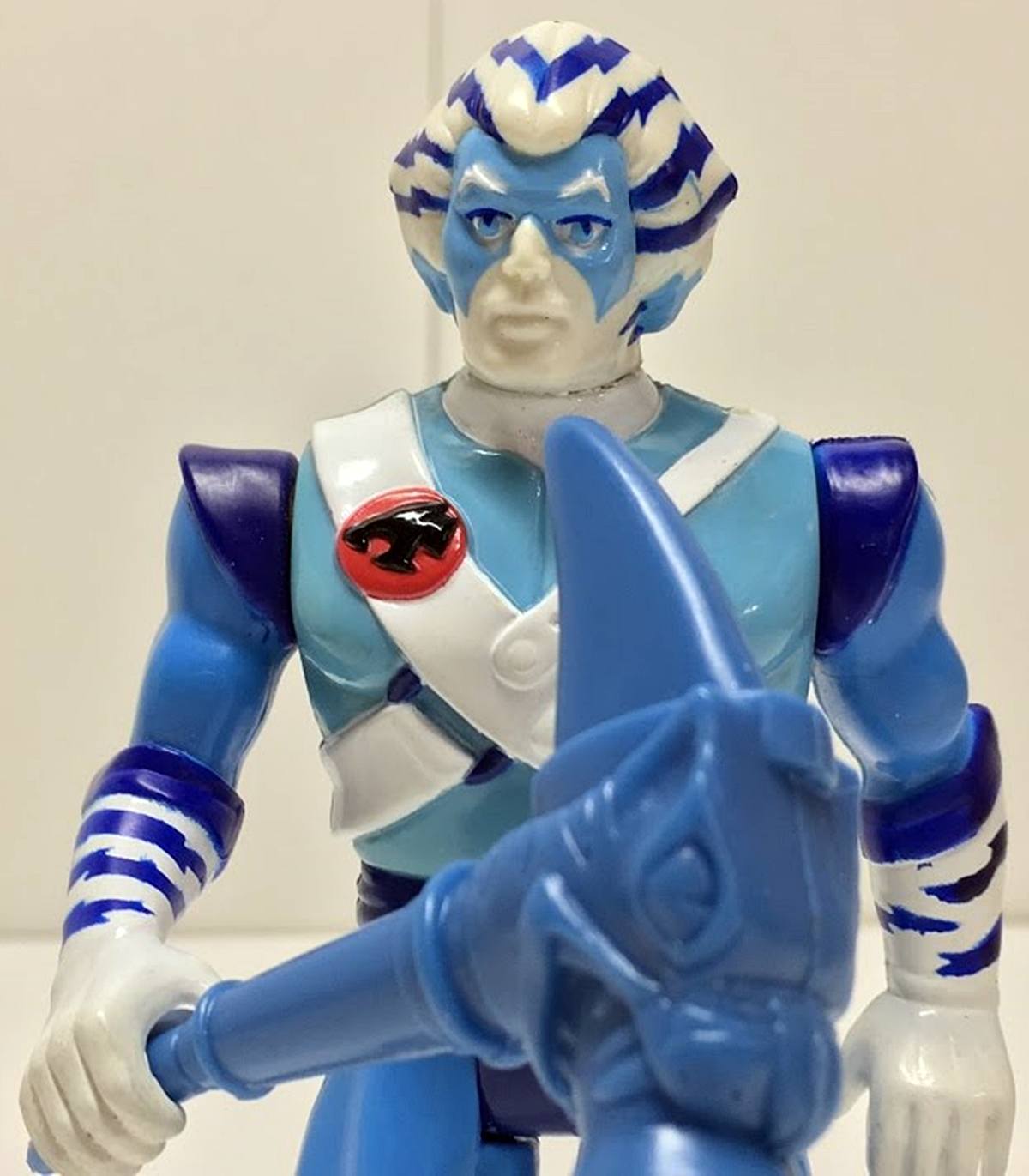 There is a fairly long list of ThunderCats side characters that were also available to purchase as toys, but we decided to pick on a couple whose toy figurines are now worth rather a lot. Firstly we have Ben-Gali, an unboxed version of which sold on Ebay for a quite decent £155.01 in September 2017. 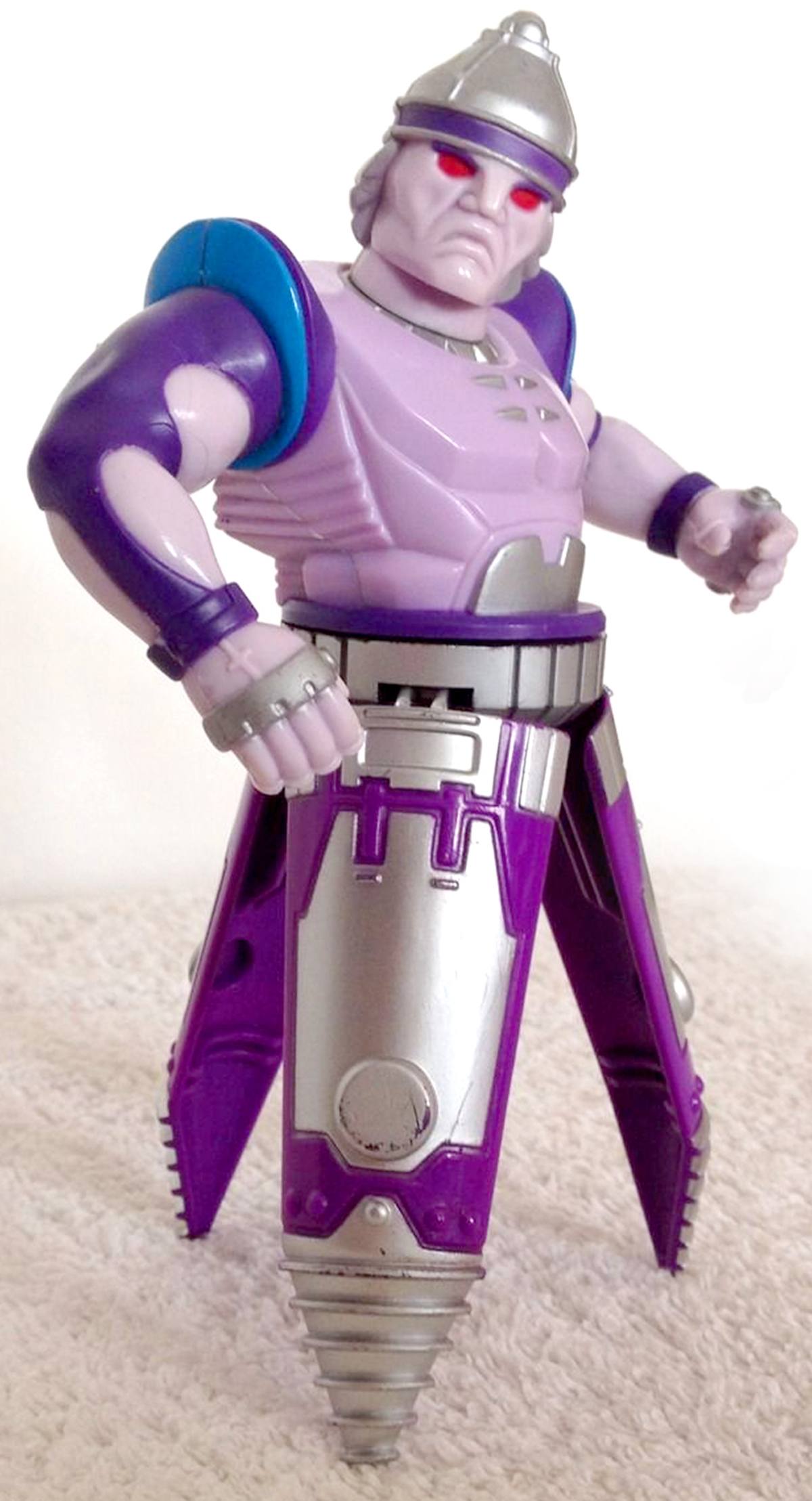 There is also a very rare ThunderCats figurine for ‘The Driller’, an unboxed version of which sold on Ebay for a whopping £280 in September 2017!

That’s all for now, we hope you’ve enjoyed this trip down memory lane… Be sure to spread some lovely, nostalgic, toy based memories to your fellow 80s kids by sharing this post with them!