How Many Of These 12 Classic Cartoons Do You Remember From Your Teens?

We loved watching cartoons when we were young, and the great thing was that new shows were released all the time, and many of the best shows from our childhood came out when we were in our later childhood and teens, many still aimed for a younger audience, some for a slightly older audience, and some for somewhere in the middle. Let’s take a look back at some of the best… 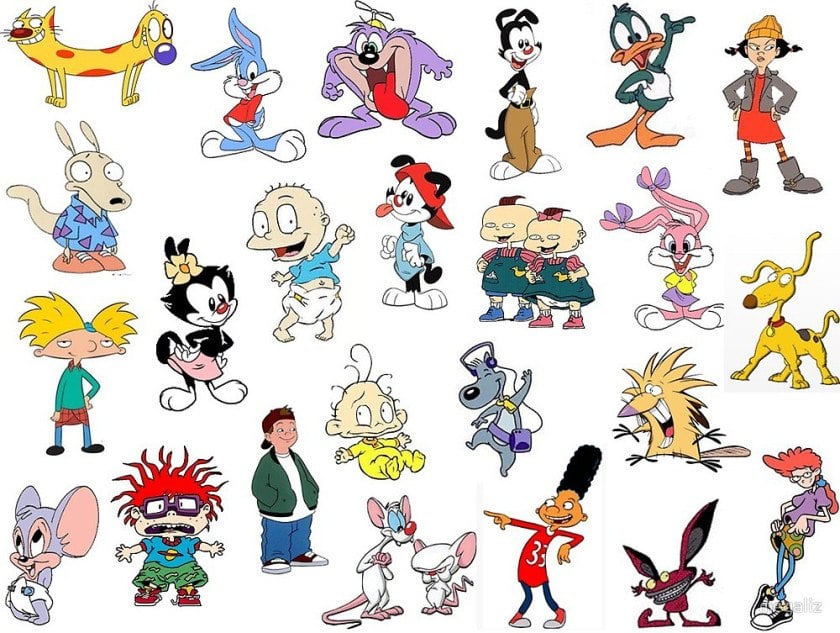 One of the most faithful cartoons to the original source, this got the voice casting perfectly right and also followed some of the best stories from the original comics, too.

One of my personal favourites from this era, Taz was one of the great cartoon characters of the time, and could never fail to raise a smile and a laugh with his ridiculous adventures!

Disney’s take on the classic 50s and 60s superhero stories, but with a duck in the leading role, this was classic Disney, good fun with charismatic characters throughout!

Take all your favourite Looney Toons and show the viewers what they were like when they were young, there were some great moments, and this was a very enjoyable show!

Similar in style to Tiny Toon Adventures, but this had many different characters, and while it seemed harmless there were many jokes clearly aimed at an older audience!

A bit of an odd show, with a different animated style and characters that divided audiences, with some loving the show and others just not getting it – which did you fall in to?

Definitely aimed at a slightly older audience, this had some very adult jokes in it, some that we didn’t understand until we were a lot older, with violent and sexual references aplenty!

This show proved how to get a show based on a comic book just right. It was dark and gritty and the voice acting was absolutely perfect, with Mark Hamill being possibly the best ever Joker!

One of the classics from the era, Rugrats saw Tommy, Angelica and the rest of the babies in one of the most enjoyable cartoons from the time, and it’s still fun to watch today!

Sitting somewhere between Rugrats and Ren & Stimpy in it style and its sense of humour, Rocko’s Modern Life had great characters and was consistently funny.

11. The Adventures of Sonic The Hedgehog

Taking one of the best-loved video game characters and giving him a voice and personality could have been a disaster… Many think it was! Some loved it. Which were you?

Another animated show based on a comic book, this was released at a similar time to the X-Men series and also got the show spot-on compared to its original source – a classic!

Which of these shows were your favourites? Have you been back and watched them again, or have you introduced your own kids to these shows now, too? Let us know all your thoughts in the comments as always!