Mekaneck To Stinkor: How Many Of These Obscure He-Man Toys Do You Remember?

Most of you He-Man fans will no doubt remember many of the 13 original Masters of the Universe toys that were released as ‘Wave 1’ in 1982. In addition to He-Man himself and his arch-nemesis Skeletor, the figures included such legendary characters as Man-At-Arms, Stratos, Teela, Beast Man and Mer Man… However, additional characters were introduced every year until 1987, totaling 70 distinct figures in all, and even former employees of toy maker Mattel admit that some of the more obscure ones were dreamed up after a large number of beers had been consumed! 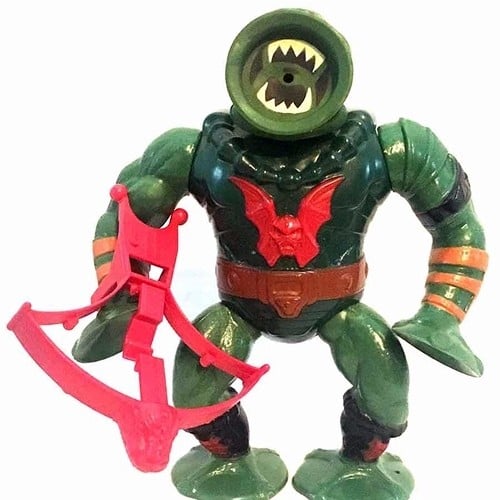 He may look extremely bizarre and unattractive, but the character of Leech did at least have one redeeming feature…

Because yes, we’re pleased to report that Leech did actually stick to glass if you applied enough saliva to his suction pads! 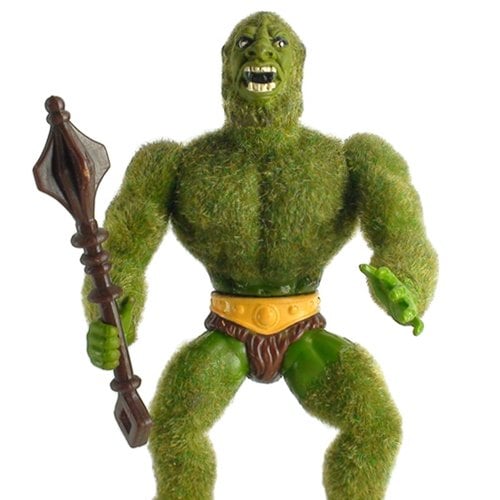 Do you remember the ugly, green, neanderthal-looking brute that was Moss Man?

Other than feeling rather soft against your face, we’re not sure what the attraction of Moss Man was, especially as his skin looked more like it was covered in grass… 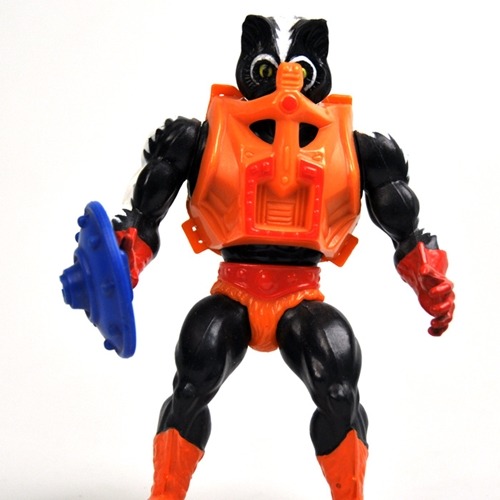 He may be a strangely designed character, but we’ve got to admit that as kids, Stinkor did have one redeeming feature.

Because as his name suggests, Stinkor did indeed let out a rather foul odor, which is why so few of our parents purchased this figure for our birthday or at Christmas! 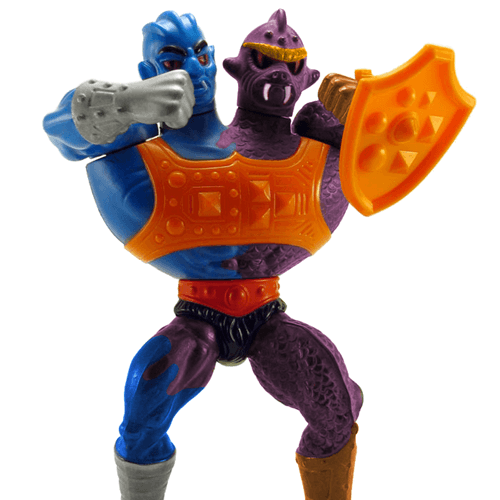 The Siamese twin pairing of Two Bad (see what they did there?) were definitely one of Mattel’s more bizarre creations.

The Two Bad figure was able to perform a fist bump on itself, but other than that it was rather useless. 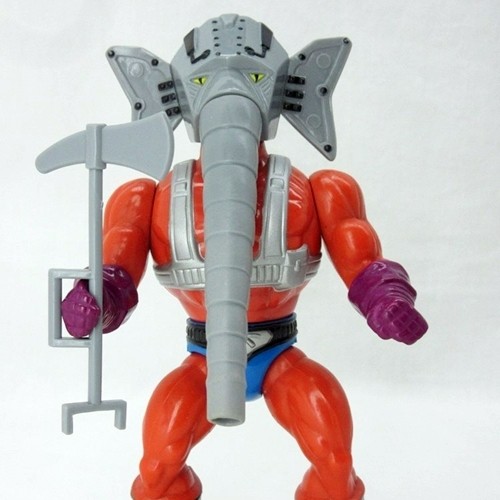 Now we’re really starting to scrape the barrel of awful Masters of the Universe toys, and it doesn’t get much worse than this ugly figure.

Snout Spout, as well as having a terrible name, is also one of the strangest looking toys we’ve ever seen! 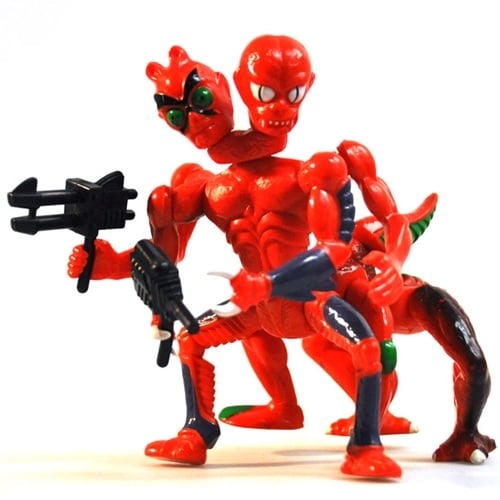 The ugly red insect creation that is Modulok looks like it’s from a completely different range of toys.

We seem to remember being able to remove and replace various aspects of Modulok’s body – can anyone confirm this? 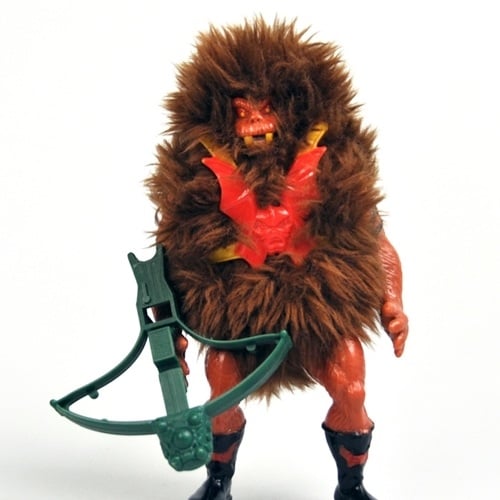 Another furry creation along the lines of the previously mentioned Moss Man, Grizzlor was about as ugly as they came.

We certainly didn’t own this particular figure, how about you? 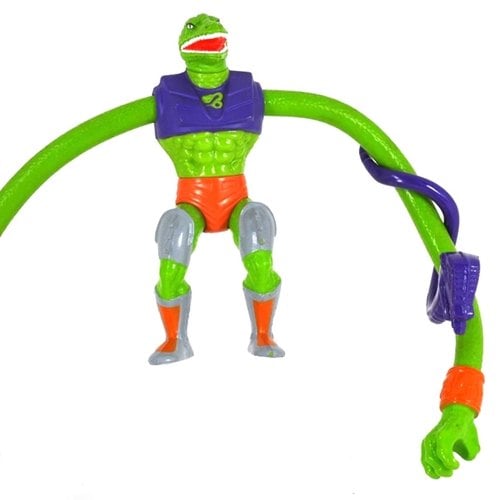 No, we haven’t made up the name or spelled it incorrectly, there was indeed a Masters of the Universe figure called Sssqueeze.

Sssqueeze had very, very long arms, and, errr… that’s about it! 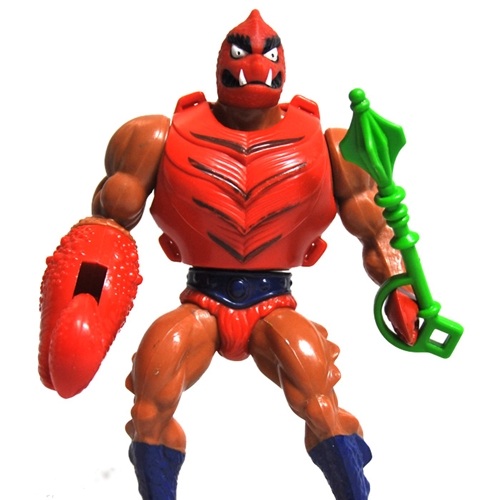 Clawful was in fact awful, with his strange-looking eyes, sticky-up teeth and a massive claw.

We can’t believe Mattel managed to sell some of these figures, but we bet that many of you owned at least one of them. 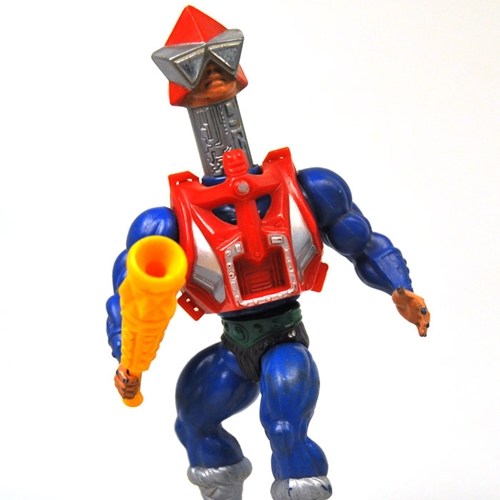 Finally we have Mekaneck, who for some reason was able to extend his neck very high!