John Hughes’ directorial debut Sixteen Candles has a complicated legacy. The 1984 high school rom-com is beloved for introducing teen icons Molly Ringwald and Anthony Michael Hall, and for kick-starting writer-director Hughes’ reign as king of 80s teen movies. As years pass, however, Sixteen Candles only becomes more controversial, not least because of its portrayal of Asian character Long Duk Dong.

Played by Japanese-American actor Gedde Watanabe as a caricature of a Korean exchange student, Long Duk Dong – aka ‘the Donger’, who speaks in broken English and is introduced by the sound of a gong – has been blasted by critics as one of the most offensive portrayals of an Asian character in Hollywood history. And while Watanabe himself has since admitted with regret that he “didn’t realise how [Dong] was going to affect people”, the actor was along with Hughes instrumental in the character’s creation. 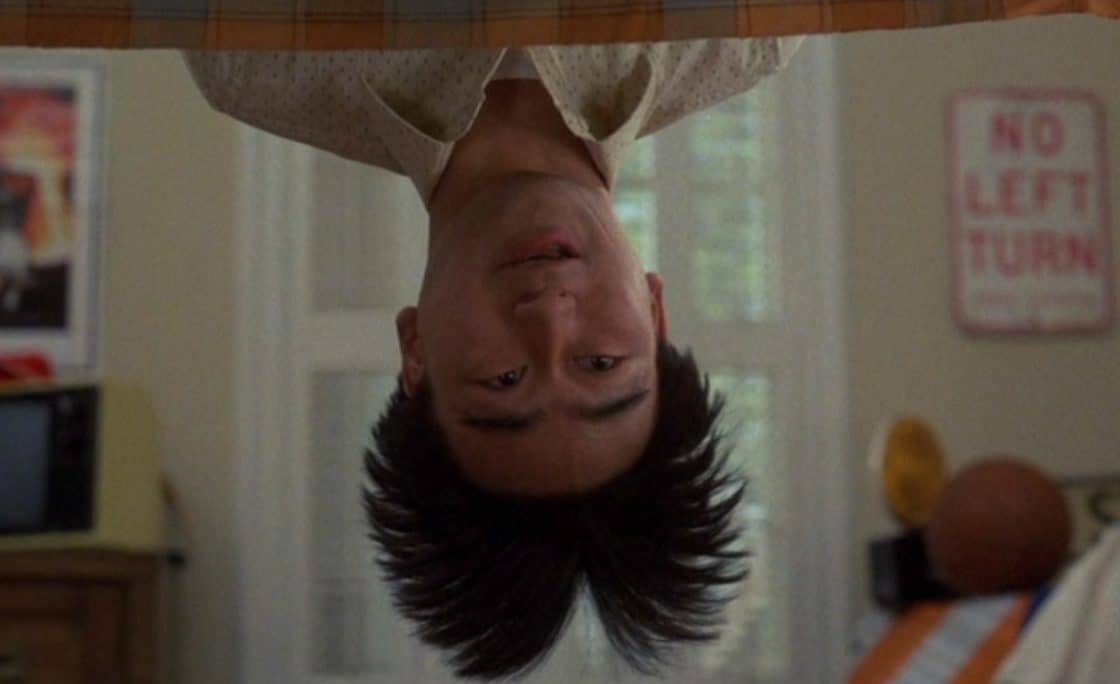 Long Duk Dong is an exchange student from an unspecified Asian country, temporarily living with the family of Molly Ringwald’s downtrodden birthday girl Sam Baker. While it’s suggested that Dong and Sam are the same age (Ringwald was in fact 15 at the time of shooting), actor Gedde Watanabe was actually 28 during the Sixteen Candles. Moreover, Watanabe was an American whose first and only language was English.

Born Gary Watanabe on June 26, 1955 in Ogden, Utah, he came to be known as Gedde because “my Japanese grandfather could not say Gary”. With a mother who had been forced to live in an internment camp during the Second World War, Watanabe grew up well aware of the difficulties facing Asian-Americans, but admits he didn’t feel much connection with others of his ethnicity.

Watanabe reflects, “There were very few of us. Two or three Asian kids in elementary school, maybe four or five when I got to high school. I didn’t really have a sense about my nationality all that much. I know I was different, I knew I was teased, but I didn’t really take it upon myself to address it.” 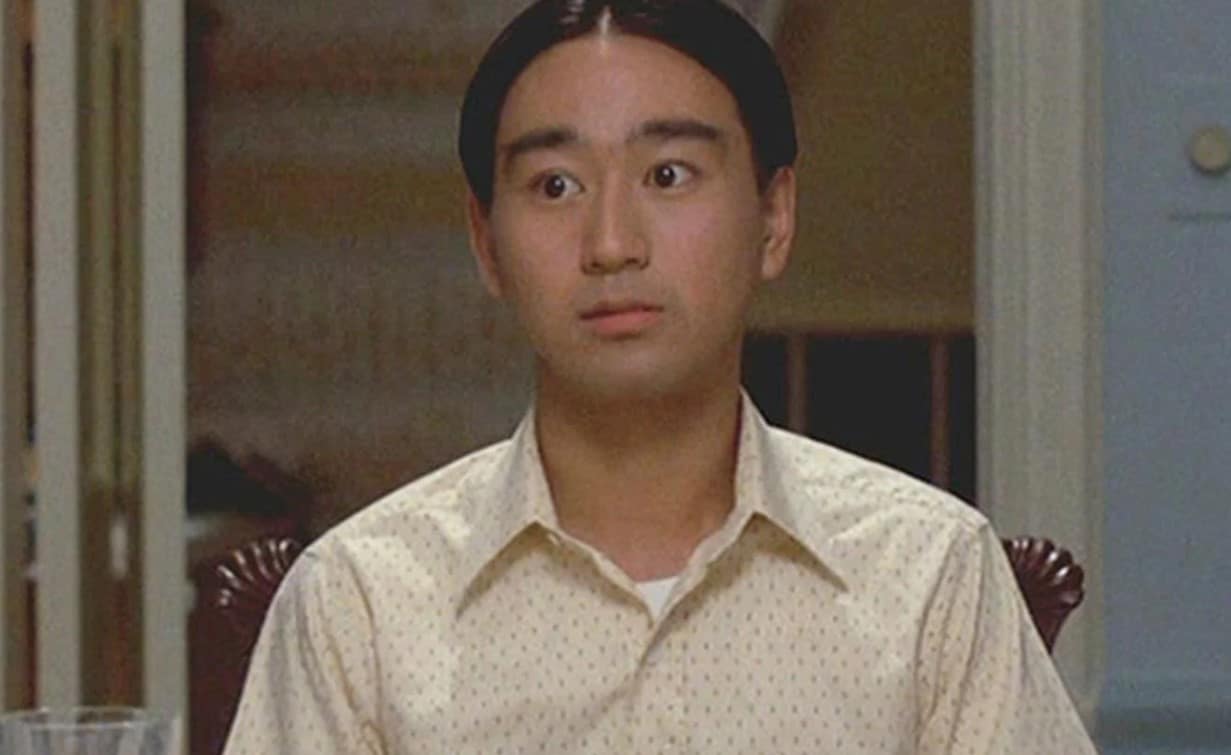 Watanabe says interest in theatre “made me the black sheep of the Asians in Ogden”. Pursuing a career in acting, Watanabe first relocated first to San Francisco and later to New York to work on stage. Then he was offered the chance to audition for Sixteen Candles, his first major film.

The actor recalls, “My agent at the time sent me the script. It said the character of Long Duk Dong was a foreign exchange student and from Asia, but that was about it. To set myself apart, I asked a friend of mine who had a thick Korean accent if I could hang out with him and learn.”

Watanabe then proceeded to attend his audition “in character using my friend’s accent. Which wasn’t a very smart idea because I was basically lying and would have to tell them at some point that I only spoke English and was from Ogden, Utah”. While he soon admitted the truth to the film’s casting director, John Hughes himself was kept in the dark until Watanabe had already signed on. 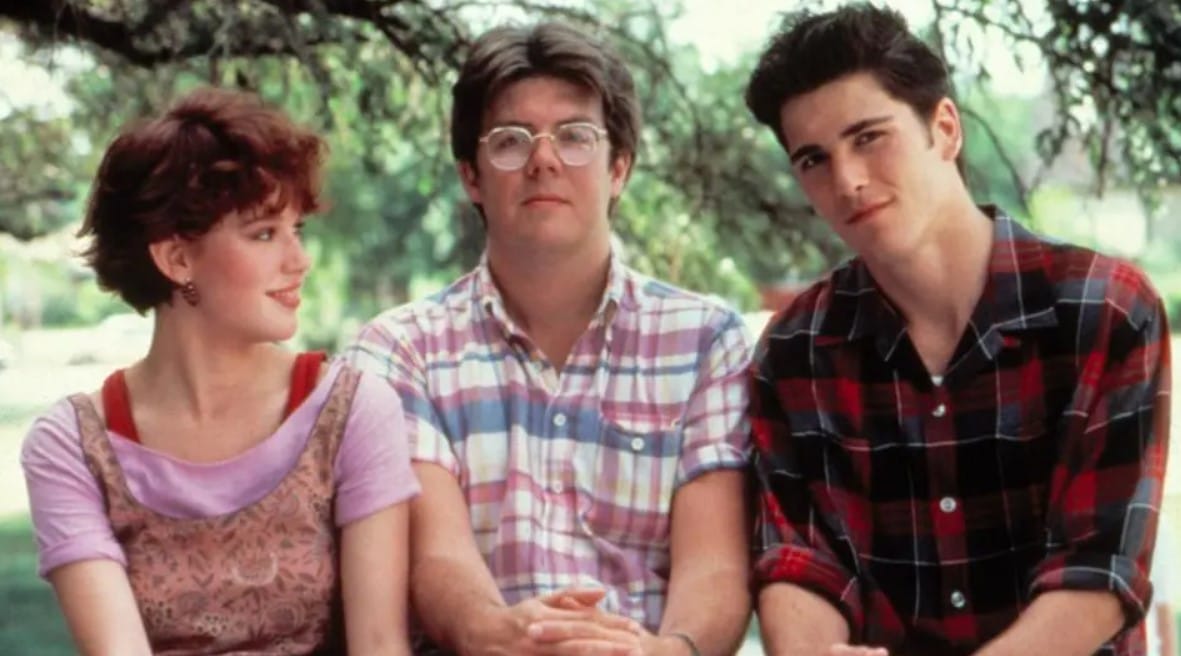 After he was cast, Watanabe “took [Hughes] aside and said, ‘John, I have to tell you something…’ He said, ‘Where’s your accent?’ I was just so nervous telling him that I was afraid I’d get fired and aware of my own embarrassment that I’d told a huge lie. But John just had a big chuckle as if to say, ‘Boy, was I duped.’”

Hughes encouraged experimentation and ad-libbing from his cast, so Watanabe brought a lot of his own ideas to Dong Duk Long. This included the scene in which Dong rides an exercise bike in the lap of his new girlfriend, Debbie Pollack’s Lumberjack. “I found an exercise bike upstairs where we were shooting that day and told about John about it… there was something funny in him riding it with his dream girl.”

While Dong may be a cartoonish stereotype, he’s far from the only one to appear in Sixteen Candles. Though in reality Pollack was only two inches taller than Watanabe, Lumberjack is another character whose ‘unusual’ quality – in Lumberjack’s case, her height – is highlighted, rather unkindly, to comedic effect. 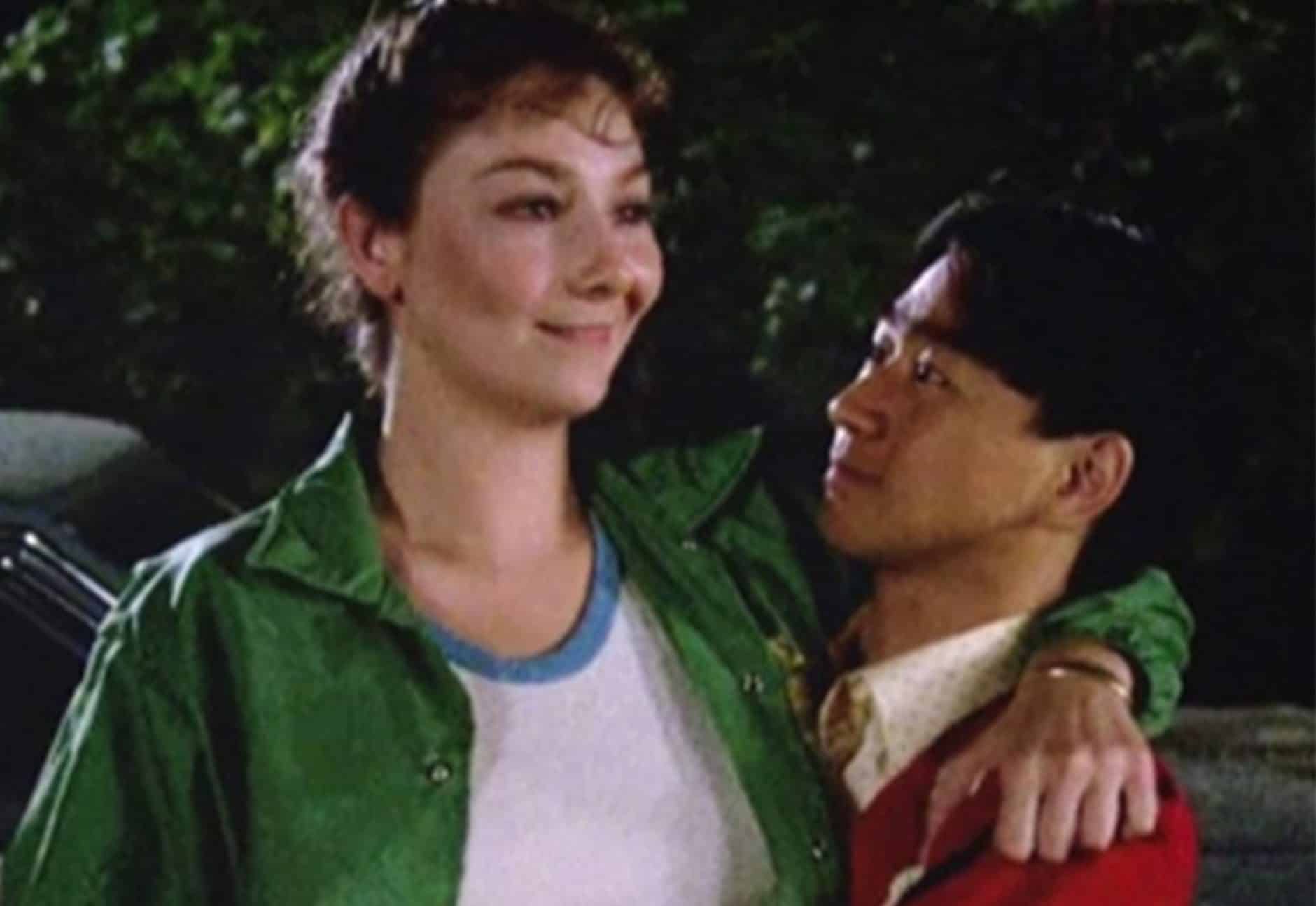 Watanabe has argued against charges of racism in Sixteen Candles, insisting “the movie isn’t mean to the character and doesn’t single him out”. He has even argued that, as Hughes presents Dong as a lusty party animal rather than the studious bookworm that young Asian men had more often been portrayed as, “maybe indirectly, John thought he was breaking a stereotype”.

Some critics agree. On release, Roger Ebert praised Sixteen Candles and said Watanabe “elevates his role from a potentially offensive stereotype to high comedy.” However, particularly in more recent years, appraisals of the film and the character have been far less kind. Even Molly Ringwald herself laments that the portrayal of Long Duk Dong is “grotesque”.

Watanabe has admitted he may have been “a bit naive” in assuming the role to be harmless. “I was making people laugh. I didn’t realise how it was going to affect people”. The actor says he regularly gets recognised, and often it’s fans of the movies quoting his lines like “What’s happenin’, hot stuff?” or “Oh, sexy girlfriend.” 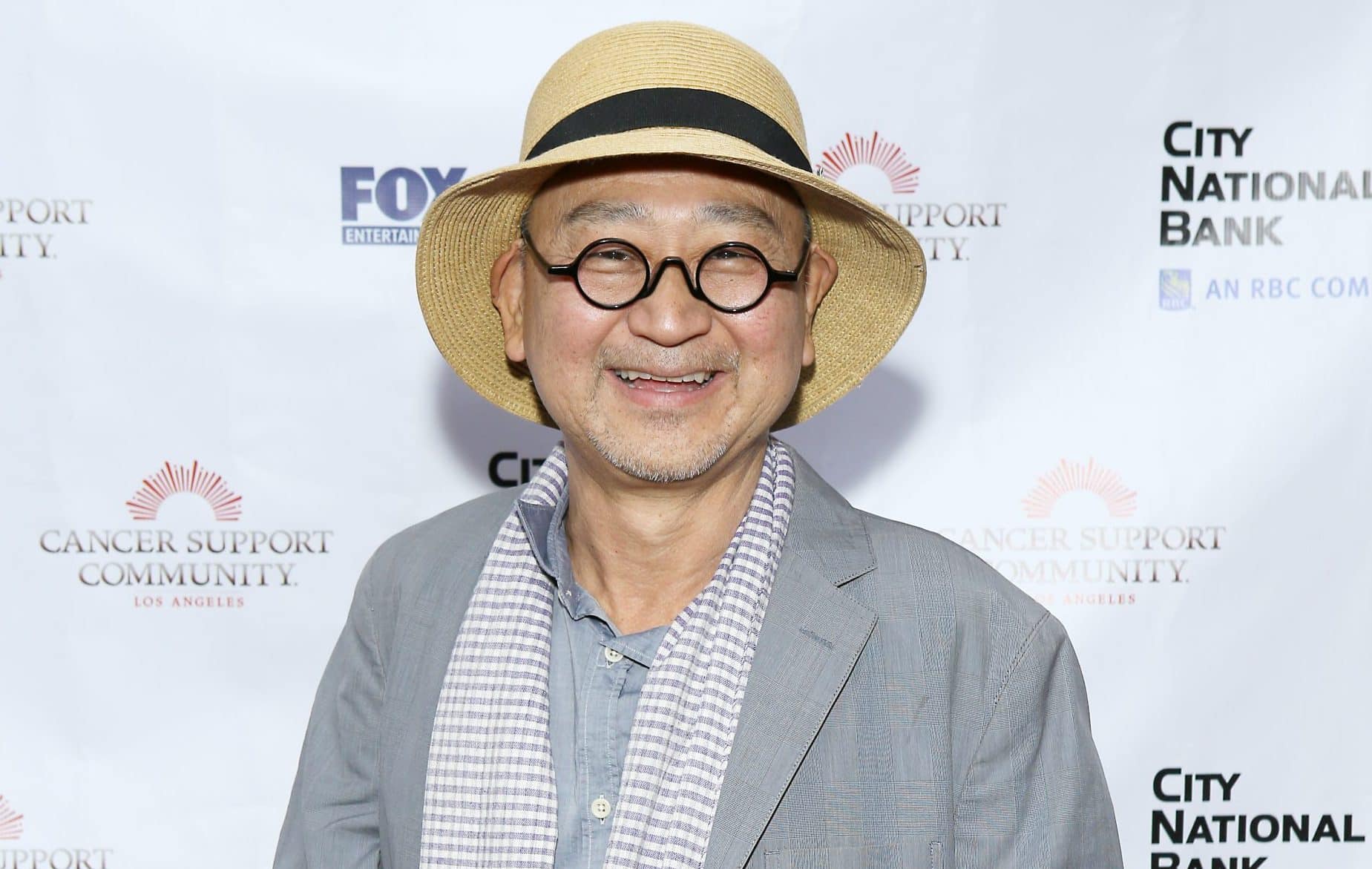 Not everyone who approaches Watanabe has nice things to say. The actor recalls being “accosted a couple of times by a couple of women who were just really irate and angry. They asked, ‘How could you do a role like that?’ But it’s funny, too, because at the same time I laugh at the character. It’s an odd animal”.

In the years since Sixteen Candles, Gedde Watanabe has clocked up plenty more credits. A fair few of these have again been exaggerated Asian caricatures, including a tourist in Gremlins 2 and a waiter in Booty Call, but he’s also done some more respectable roles including a run on TV’s ER and plenty of theatre work.

Watanabe remains proud of the film that gave him his big break. He remarked on Sixteen Candles’ 30th anniversary in 2014, “I’m humbled and I’m grateful… [the film’s enduring popularity] says so much about John Hughes, his movies, their resilience and his brilliance. Bless his heart, because we don’t have him anymore.”