From the late-80s to the mid-90s, Kevin Costner was on top of the world. It’s fitting that he first tasted real fame heading up the cast of 1987’s The Untouchables, as for much of the eight years that followed, Costner seemed to be just that: truly untouchable. What’s more, after winning over audiences as a leading man, Costner also found his way behind the camera with the epic western Dances with Wolves, which established him as one of the true giants of cinema at that time.

And yet, all these years later, Costner’s days of being a major box office draw are just a distant memory.

Kevin Michael Costner was born in Lynwood, California on January 18th, 1955, and would be raised in Compton. The youngest child of welfare worker Sharon and electrician William, Costner pursued sports and music in his youth, but wasn’t initially drawn to acting. Eventually he would earn a BA in Marketing and Finance from California State University, Fullerton, and initially he seemed poised to make a living in that field.

However, unbeknownst even to his new bride Cindy Silva (with whom he tied the knot shortly after graduation), Costner had been bitten by the acting bug during his time at college. He had started taking classes in his spare time, and was seriously considering abandoning marketing in favour of the actor’s life.

Costner made up his mind to make a go of it as a performer when, by chance, he met the British stage and screen legend Richard Burton, with whom he happened to be on the same plane at the end of his honeymoon. When the 23-year-old Costner asked Burton whether or not he should pursue acting, Burton reportedly told him, “you have blue eyes, I have blue eyes. I think you’ll be fine.”

Costner decided to go for it, and made his first film later that same year: Sizzle Beach USA (aka Malibu Hot Summer), a low-budget sex comedy which didn’t wind up being released until 1986. Costner would later unsuccessfully try to buy the rights to the film in order to keep it out of print.

The early 80s would see Costner gradually work his way up through bit parts. In 1983, he landed what should have been a major breakthrough role in writer-director Lawrence Kasdan’s acclaimed comedy drama The Big Chill – but unfortunately for Costner, his scenes wound up being cut from the final film.

By way of apology, Kasdan would give Costner a supporting part in his next film, the 1985 western Silverado. That same year, Costner landed his first real lead role in Fandango, a comedy drama from a director with whom he would come to form a major professional relationship: Kevin Reynolds.

It was in 1987 that Costner graduated to the upper echelons of Hollywood leading men, when he beat out Don Johnson and Mickey Rourke for the lead role of Eliot Ness, the real-life law enforcer who took down Al Capone, in director Brian De Palma’s crime drama The Untouchables.

As well as landing a Best Supporting Actor Oscar for Sean Connery, The Untouchables was a big box office hit, earning over $106 million worldwide to become it one of the top ten films of the year. 1987 also saw Costner in the lead of thriller No Way Out, which made less at the box office but was still warmly received.

Next up, Costner took the lead roles in two baseball-related movies: romantic comedy Bull Durham, which cast him as a minor league catcher romancing Susan Sarandon’s team groupie; and Field of Dreams, a fantasy drama about a farmer who becomes obsessed with building a baseball field on his property.

Both Bull Durham and Field of Dreams were big hits, and Costner was firmly established as a bona fide A-lister. Moreover, thanks to the fact that he’d made a name for himself first as Eliot Ness, then in two films celebrating one of America’s favourite sports, Costner came to embody a classic American everyman ideal that many felt hadn’t been seen on screen for years.

Costner delved even further into American iconography on the film that really cemented his superstar status, 1990’s Dances with Wolves. On top of taking the lead role of Lt John J Dunbar, the epic western also saw Costner make his debut as both director and producer. Few filmmakers have enjoyed such success with their first effort.

Dances with Wolves was a massive critical and commercial success, earning rave reviews and global box office earnings of over $420 million, making it the fourth biggest hit of 1990. As if this wasn’t enough, the film was nominated for 12 Oscars and won seven, including Best Picture and Best Director for Costner.

To this day, Dances with Wolves is one of only three westerns to win the Best Picture Oscar, and Costner is one of only six directors to win an Oscar for their first time behind the camera. 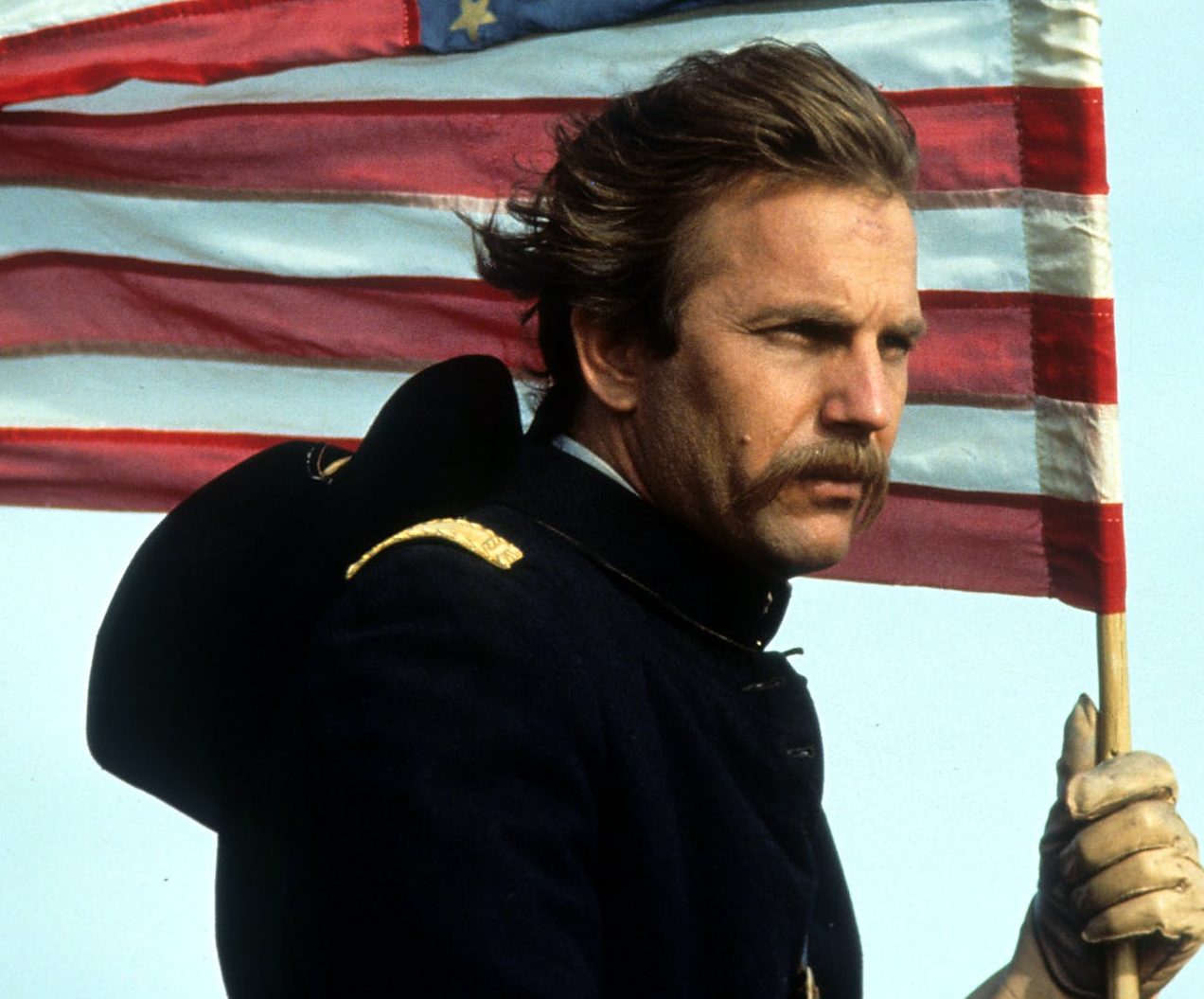 By now, it seemed that Costner couldn’t put a foot wrong. 1991 was another big year for the actor: he took the title role in summer blockbuster Robin Hood: Prince of Thieves (his second collaboration with director Kevin Reynolds), and played Jim Garrison in fact-based drama JFK for director Oliver Stone.

Next came the 1992 romantic thriller The Bodyguard, in which Costner played the personal security of a pop star with whom he falls in love, played by real-life singing sensation Whitney Houston.

All these films proved to be massive hits, further cementing Costner as arguably the most popular film actor in the world at the time. Still, despite the actor’s clear box office appeal, opinions about the man himself seemed a little less clear-cut. Some critics felt Costner lacked real charisma, and others were beginning to poke holes in his All-American good ol’ boy persona.

Costner’s public image hadn’t been done many favours by his brief appearance in Madonna: Truth or Dare (aka In Bed with Madonna), a tell-all documentary following the pop superstar on her controversial Blond Ambition tour in 1990.

The film contains footage of Costner coming backstage to meet Madonna after a show, describing her performance as “neat” – then, once Costner left the room, Madonna and her dancers proceed to make fun of him. (Years later, Madonna would apologise to Costner for this moment.)

It wasn’t just that some felt Costner was too square to be the biggest movie star in the world. Many also felt that his success was going to his head, sending him into something of a power-mad ego trip. 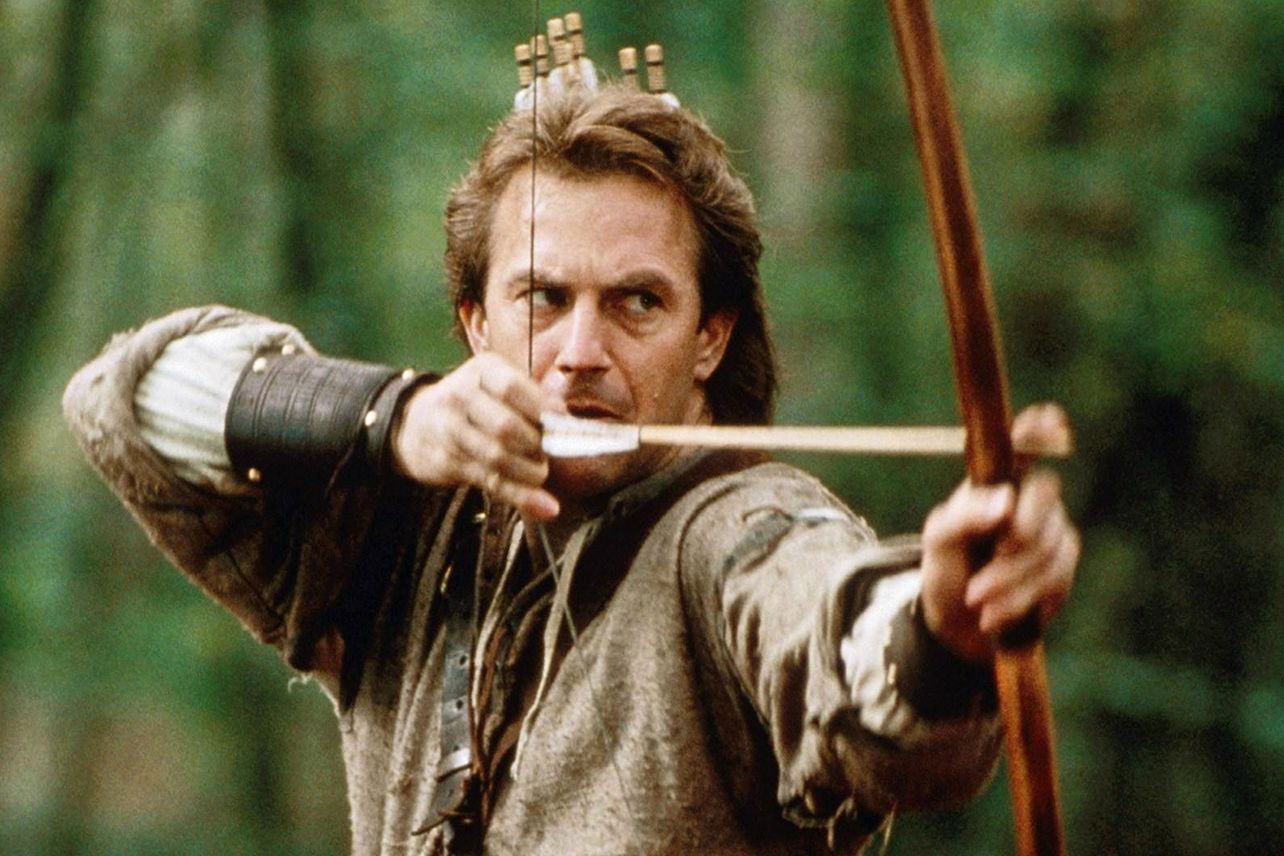 Lending credence to this were reports of clashes between Costner and Kevin Reynolds on the set of Robin Hood: Prince of Thieves, with the actor allegedly challenging Reynolds’ direction and trying to exert greater control behind the camera. The conflict between the two got so bad that Reynolds quit during post-production, leaving Costner to complete editing on the film without the director.

By 1994, the tide seemed to be turning for Costner. While the Clint Eastwood-directed A Perfect World was a box office success, Wyatt Earp and The War performed way below expectations. As Costner’s star seemed to be losing its lustre, there were no shortage of naysayers eager to see him fail, and fail hard. Sadly, Costner seemed to play right into their hands with his next film as star and producer: Waterworld.

The making of this post-apocalyptic adventure is quite the story in itself. Simply put, Waterworld was a victim of its own ambition, bad press and the egos of those involved. Despite their already volatile relationship, Costner once again reunited with director Kevin Reynolds. By all accounts the two men got on fine during shooting – but just about everything that else that could go wrong did go wrong. 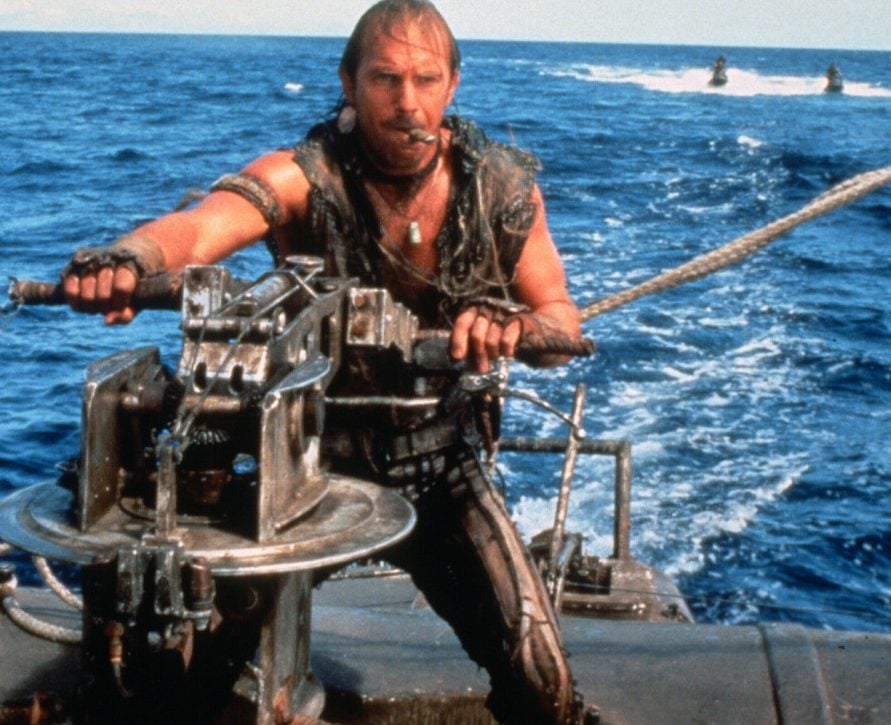 Beset with off-camera difficulties from the outset, Waterworld soon fell way behind schedule and went massively over-budget, ultimately costing studio Universal around $175 million, by far the highest film budget in history up to that point.

This being the case, Waterworld needed to be an exceptionally big hit in order to make a profit – yet while the film was hardly a flop on release in July 1995, it was a long way off attaining the blockbuster status it needed.

Indeed, the film itself almost felt like an afterthought after the deluge of negative publicity that had followed Waterworld throughout production. On top of widespread rumours of trouble on set, gossip columns also got wind of the fact that Costner’s marriage to Cindy Silva was in process of ending as cameras rolled.

As if that wasn’t enough, history repeated itself and the actor had another huge falling out with director Kevin Reynolds in post-production, once again prompting Reynolds to quit during editing and leave Costner to oversee the final cut without him.

Things seemed to pick up ever-so slightly with Costner’s next film, Tin Cup. This golf drama reunited him with Bull Durham writer-director Ron Shelton, and proved to be a modest success. Alas, any chances of a Costner renaissance were well and truly thwarted when he took the director’s chair a second time on another post-apocalyptic epic, 1997’s The Postman.

What Waterworld started, The Postman ended. Greeted with overwhelmingly negative reviews, the film was also a massive flop, making less than $21 million off the back of an $80 million budget. The message was clear: Kevin Costner’s time as Hollywood’s most bankable star had come to an end.

Worse yet, The Postman bombed mere months after the huge success of action thriller Air Force One – a project which Costner had developed with a view to starring in, before instead entrusting it to Harrison Ford.

This wasn’t the first time Costner had turned down a hit to make a flop: he chose Waterworld instead of taking Tim Robbins’ role in The Shawshank Redemption (not a huge success on release, but considered a classic today).

Afterwards, Costner enjoyed modest success with such films as Message in a Bottle and Thirteen Days, not to mention his third (and to date final) film as director, the 2003 western Open Range. Even so, Costner’s movie career has never come close to the level it reached all those years ago.

Instead, like a lot of former film stars, Costner has enjoyed his greatest acting successes of late on the small screen.

The actor made his first major work on television with 2012 mini-series Hatfields & McCoys, a fact-based drama again set in the Old West. This saw Costner co-star with the late Bill Paxton, and once again reunited the actor with his old collaborator Kevin Reynolds, the two having finally made peace.

Hatfields & McCoys earned Costner his most enthusiastic reviews in years, as well as landing him his first major accolades as an actor: he landed an Emmy, a Golden Globe and a Screen Actors Guild Award for his performance.

The miniseries paved the way for Costner to take his first starring role in an ongoing TV series, Yellowstone, which began in 2018 and is currently on its fourth season.

Outside of acting, Costner performs original country rock music with his band Kevin Costner & Modern West. He married second wife Christine Baumgartner in 2004, and they have three children together (Costner also has another four children from previous relationships). He’s also co-founder of travel app HearHere, and narrates podcasts discussing the history of various sites of interest across the United States.