On top of his legendary run with The Muppets and an impressive body of work as a film director, Frank Oz has also long been synonymous with Yoda of the Star Wars series. After first playing the wise old Jedi master in 1980’s The Empire Strikes Back, Oz has since reprised the role in most of the subsequent Star Wars movies as well as several cartoons and video games.

The character is so deeply embedded in the hearts and minds of everyone who grew up with Star Wars that it’s hard to imagine Yoda having been performed by anyone else. However, Star Wars creator George Lucas didn’t originally want Oz for the role, and until quite late in the day he was close to being replaced by another actor. 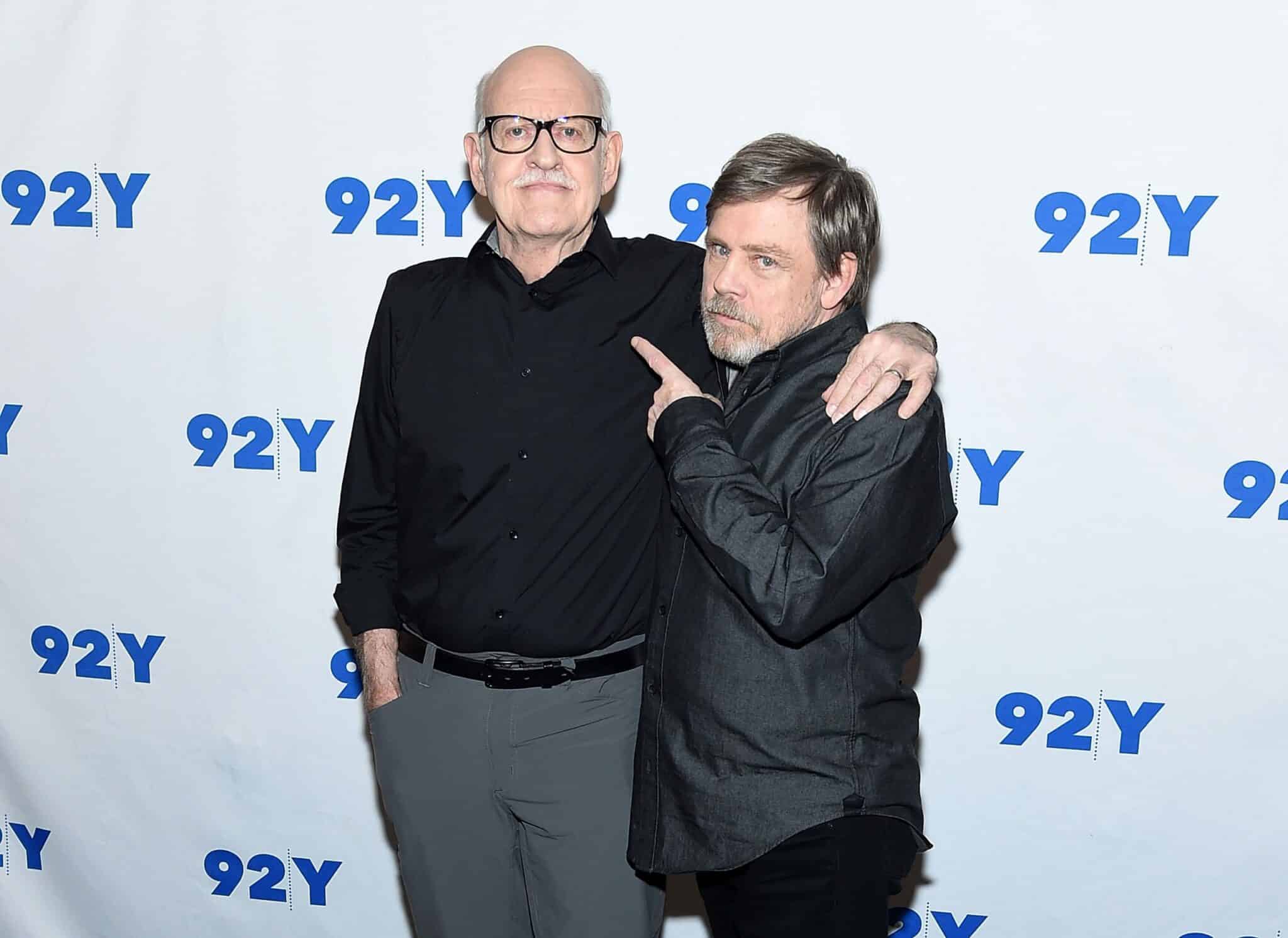 Frank Oz was born Frank Richard Oznowicz on May 25th, 1944. An American citizen today, he was actually born in Hereford, England to a Dutch-Polish father and Flemish mother, who fled to the UK to escape the Nazi invasion of Belgium. The family moved to the US in 1951, first to Montana then to Oakland, California where Oz grew up.

Oz’s parents were puppeteers, and he soon followed them into the field. Through this, Oz met the like-minded Jim Henson, and the two struck up a friendship which ultimately led to Henson inviting Oz to join his New York-based company in 1963, working on Henson’s creations The Muppets. Oz became Henson’s right-hand man, helping develop characters that remain beloved to millions, including Miss Piggy, Fozzie Bear, Animal, as well as Bert, Grover and Cookie Monster on Sesame Street. 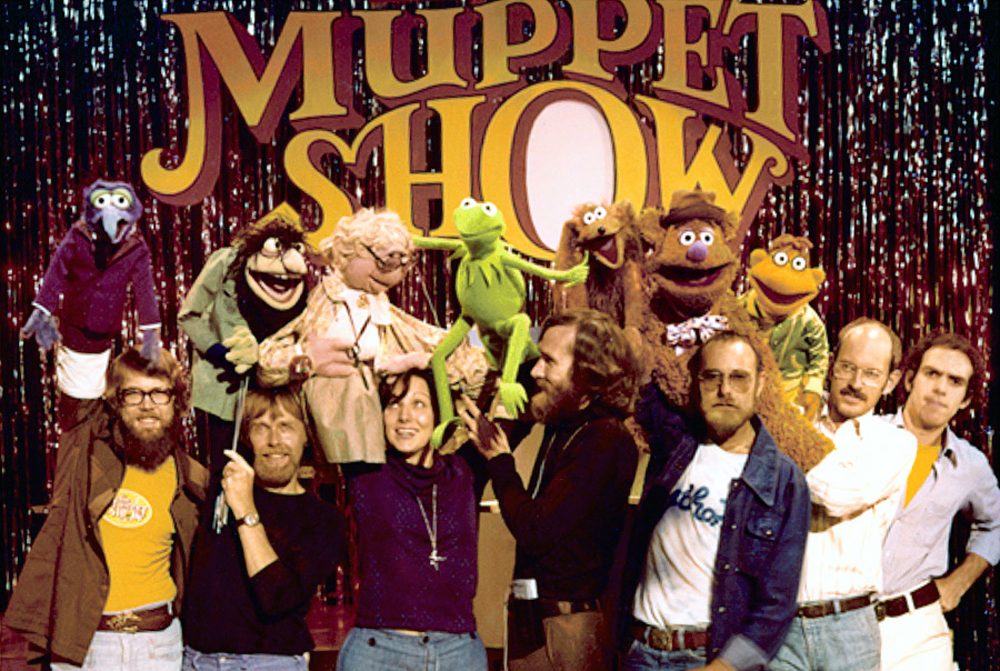 The Muppets really skyrocketed in the 70s with the launch of their own TV series The Muppet Show, which in turn paved the way for a series of big screen outings. The team had not long since completed their first feature, 1979’s The Muppet Movie, when George Lucas got in touch about a puppet character he wanted to include in his upcoming Star Wars sequel. However, it was Henson, not Oz, who got the call from the Star Wars creator. 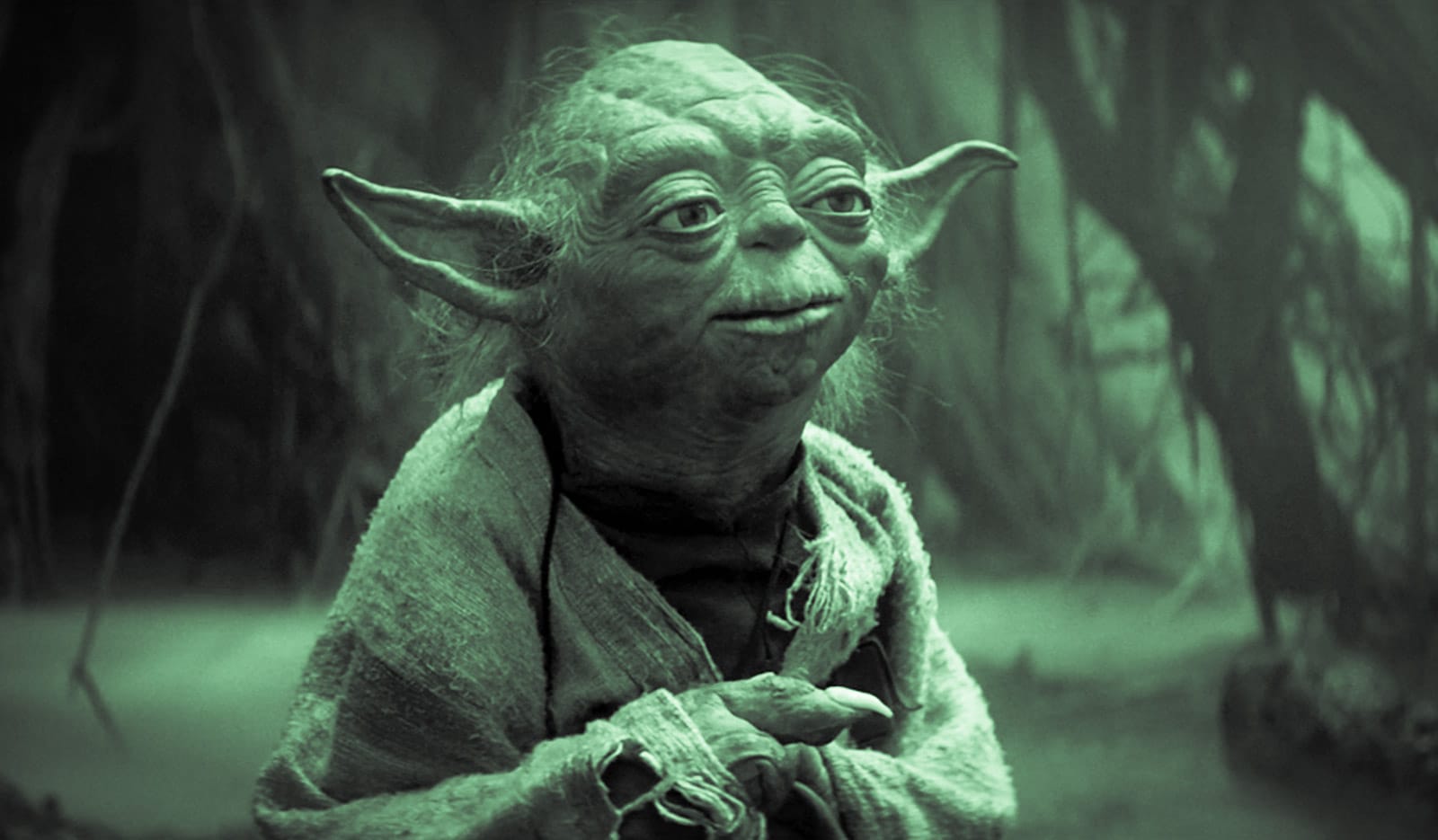 Henson did indeed have a lot on his plate at the time, as on top of calling the shots on sequel The Great Muppet Caper, he was also deep in development on passion project The Dark Crystal (which Oz would co-direct). However, while Lucas claims to have been immediately enthusiastic about Oz playing Yoda instead of Henson, this isn’t quite the way Oz remembers it.

According to Oz, “George didn’t want my voice in the beginning. I gave him a tape. He said, ‘No thank you.’ And in post-production for about a year I heard that he was auditioning voices for Yoda. He had no intention of using me for the voice.” However, Oz says he got call from Lucas whilst on his honeymoon in 1979: “he said, ‘Frank can you come out… I think we’d like to try your voice.’ And so I flew back and recorded Yoda.” 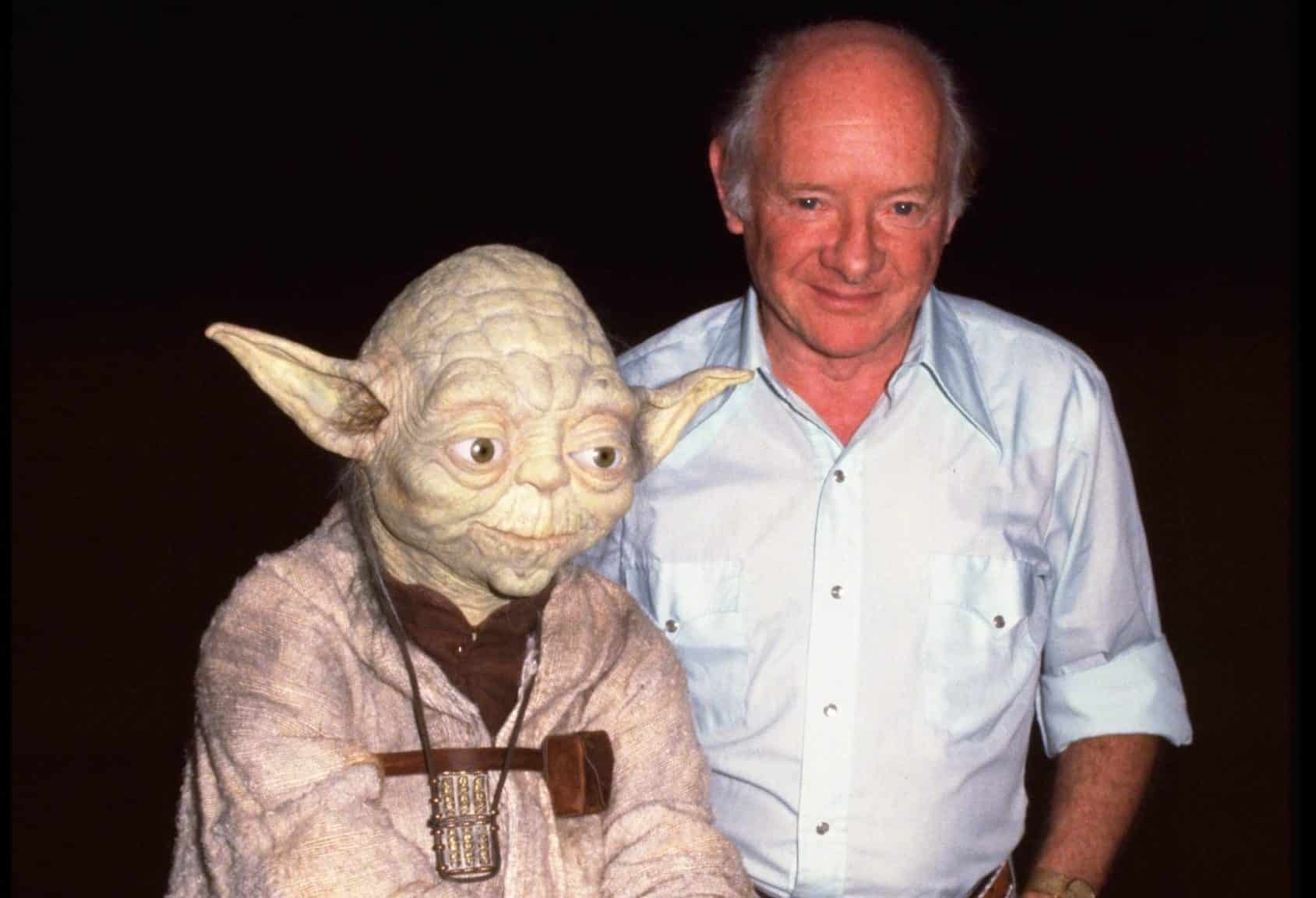 Initially, Oz was hired on The Empire Strikes Back primarily as a puppeteer – although, contrary to what some people think, Yoda was not a creation of The Jim Henson Company. Instead, the puppet was the handiwork of Stuart Freeborn, special make-up effects artist of 2001: A Space Odyssey, who would later create Jabba the Hutt and the Ewoks for Return of the Jedi.

While it was Irvin Kershner rather than George Lucas who directed The Empire Strikes Back, it was understood that Lucas was still very much the lynchpin of the production, and the key figure who had approval over creative matters. This included one character trait that Oz brought to Yoda: those distinctive, almost backward speech patterns (e.g. “the greatest teacher, failure is” rather than “failure is the greatest teacher”). 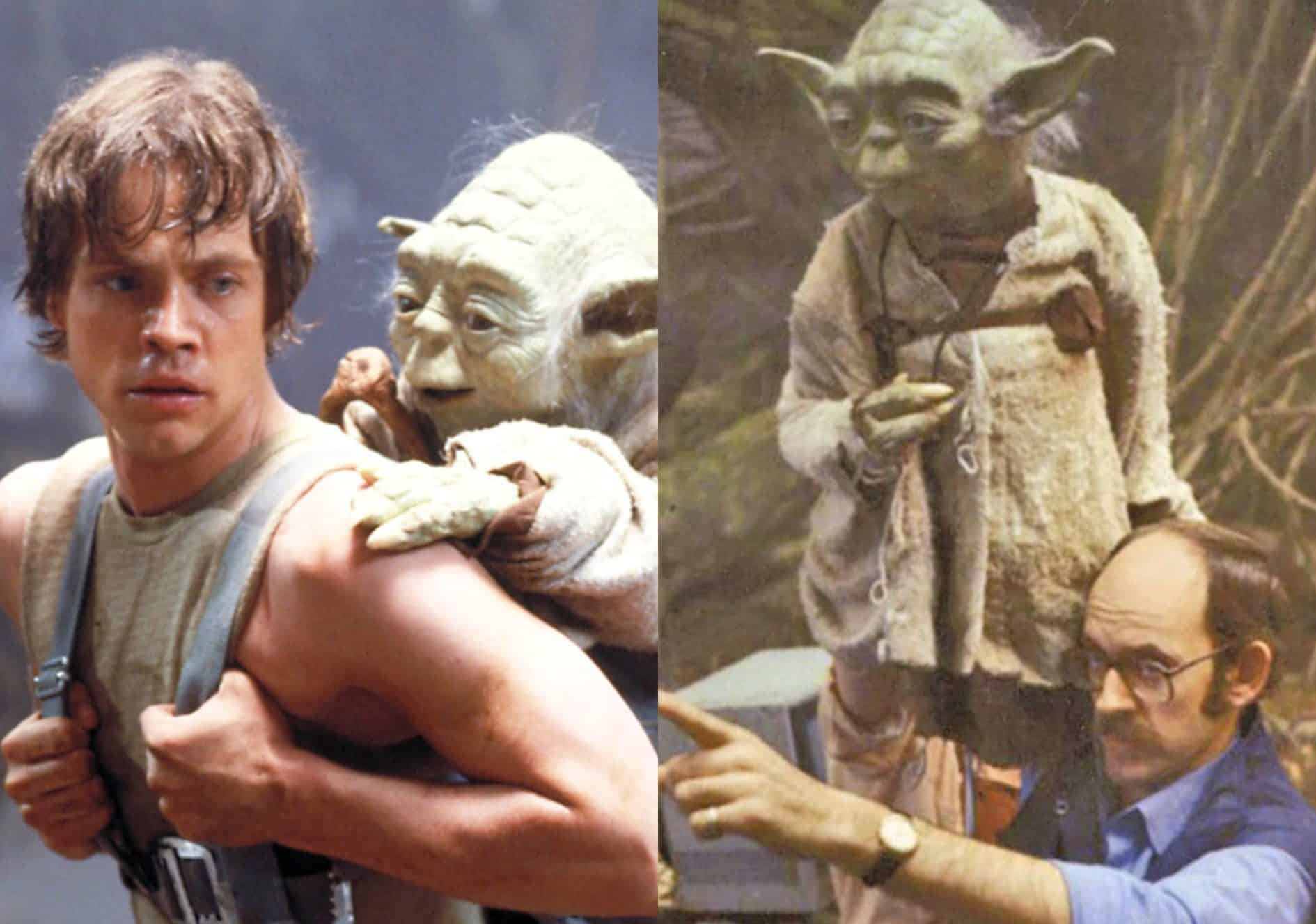 Oz explains this was something that largely came from him: “the original script of The Empire Strikes Back… [had] a bit of that odd syntax in it, but also it had Yoda speaking very colloquially. So I said to George: ‘Can I do the whole thing like this?’ And he said: ‘Sure!’ It just felt so right.” Lucas has said of Oz’s performance as Yoda, “I didn’t really understand it until the first day of shooting, and seeing the dailies and seeing it in action and under the right lighting conditions… that’s when I knew it was going to work.

“Before that I had to rely on Frank Oz. Frank had performed great in rehearsals and Stuart Freeborn was working very diligently on trying to get the puppet to work, but it didn’t convince me until I saw the actual movie. If it hadn’t worked, obviously the movie would have been terrible. It would have never worked… And you don’t really know until you actually show it to an audience and they don’t get up and storm out and say ‘This is stupid.’” 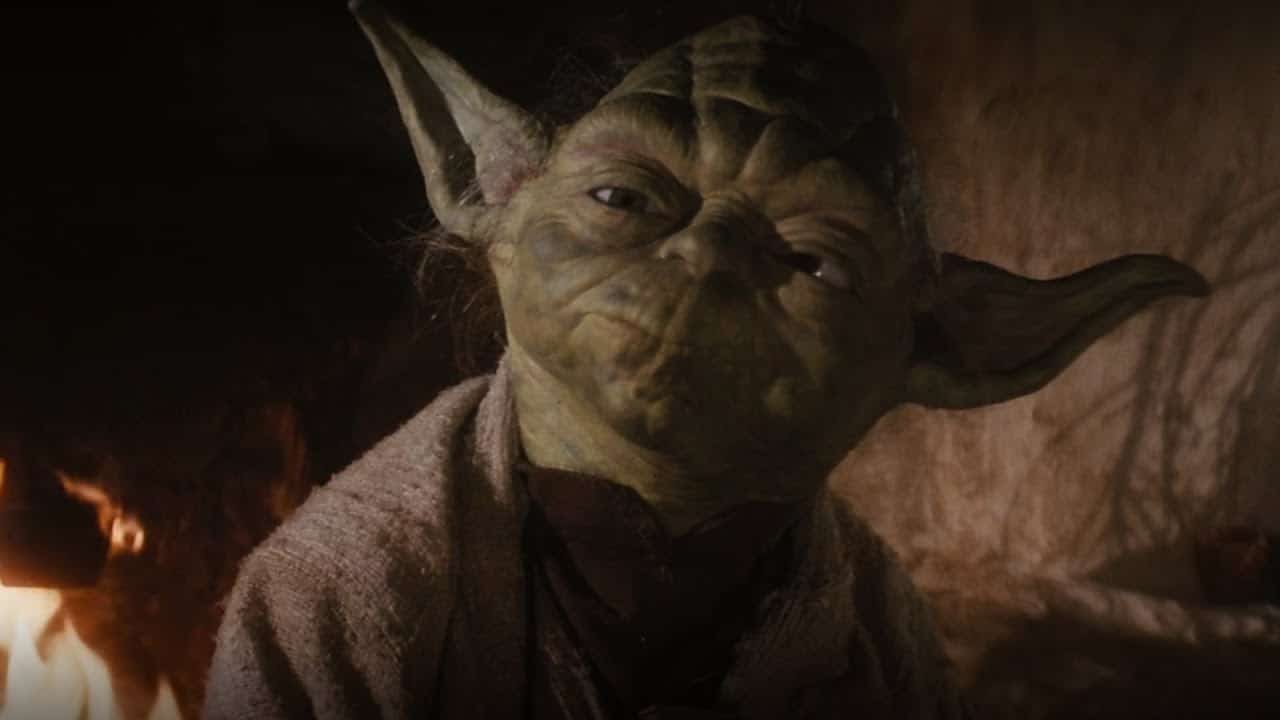 Audiences didn’t get up and storm out of The Empire Strikes Back. On the contrary, they came in droves, making the Star Wars sequel the biggest box office hit of 1980, with takings of almost $550 million worldwide. Naturally, this wasn’t all down to the introduction of Yoda, but the character struck a chord with audiences – and in the end, Lucas was so happy with Oz’s work that he attempted to get the puppet performer shortlisted for the Best Supporting Actor Oscar, which unfortunately didn’t happen.

Oz would return to perform Yoda in 1983’s Return of the Jedi, and would later reprise the role in Lucas’s Star Wars prequel trilogy, although for the bulk of these films Oz was simply on voice duties as the character was 100% computer-animated. However, Oz was on puppeteer duties once more for Yoda’s subsequent return in latter-day Star Wars movies The Last Jedi and The Rise of Skywalker. 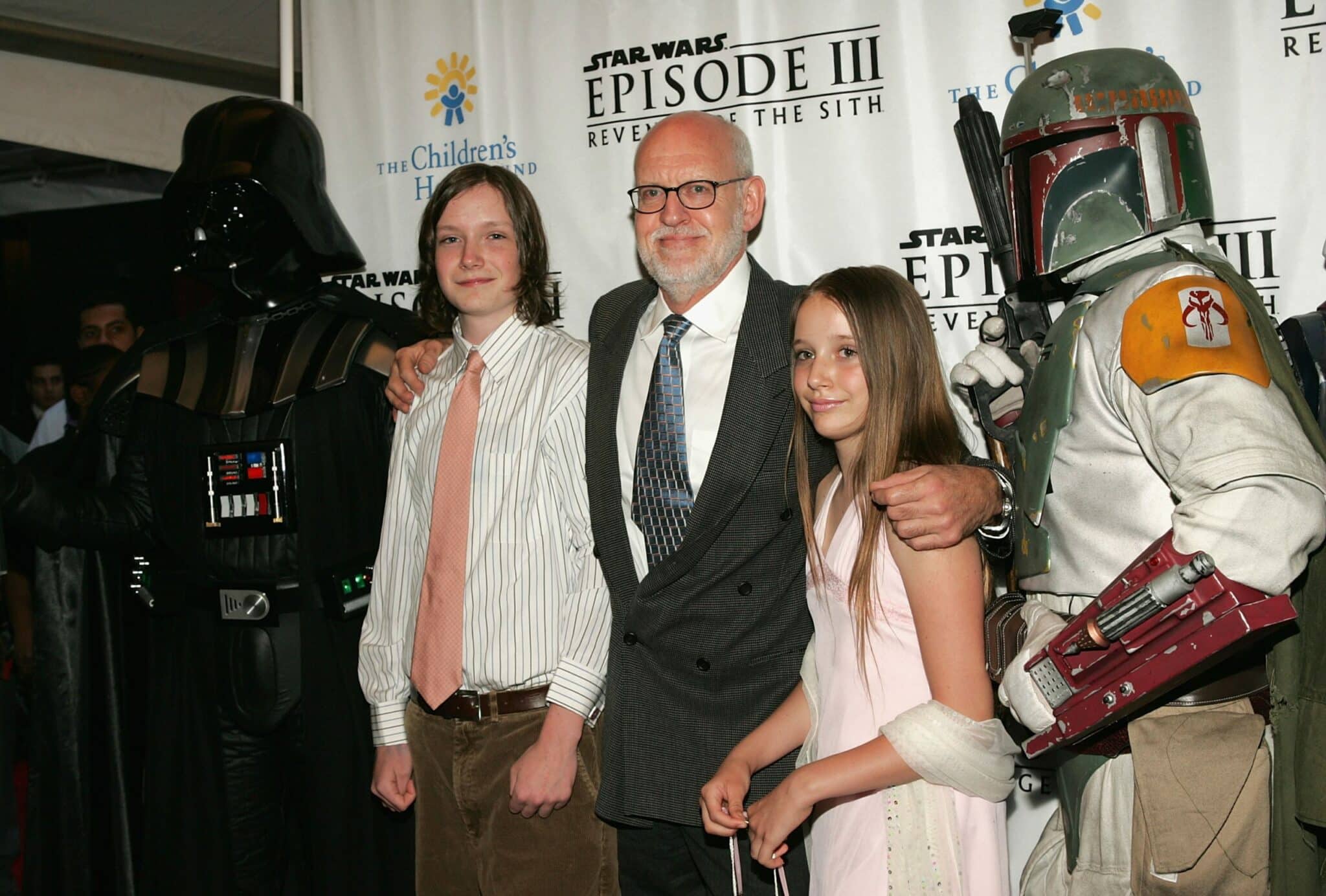 George Lucas may not have gotten his wish of having Jim Henson portray Yoda, but he and Henson would later collaborate when Lucas served as executive producer on what proved to be Henson’s final film as director, Labyrinth, released in 1986 – the very same year that Frank Oz’s own directing career took off with Little Shop of Horrors.

Yoda has long since been one of the most widely imitated characters in popular culture, which Oz has no problem with. However, the actor and puppeteer stresses, “people don’t understand, anyone can do a voice. It’s not the voice – it’s the soul.”