“I’m not a witch, I’m your wife!” It seems to safe to assume that every married woman who has ever seen The Princess Bride with her significant other will have quoted this – one of many unforgettable, ultra-repeatable lines of dialogue from the 1987 comedy adventure classic – at least once. 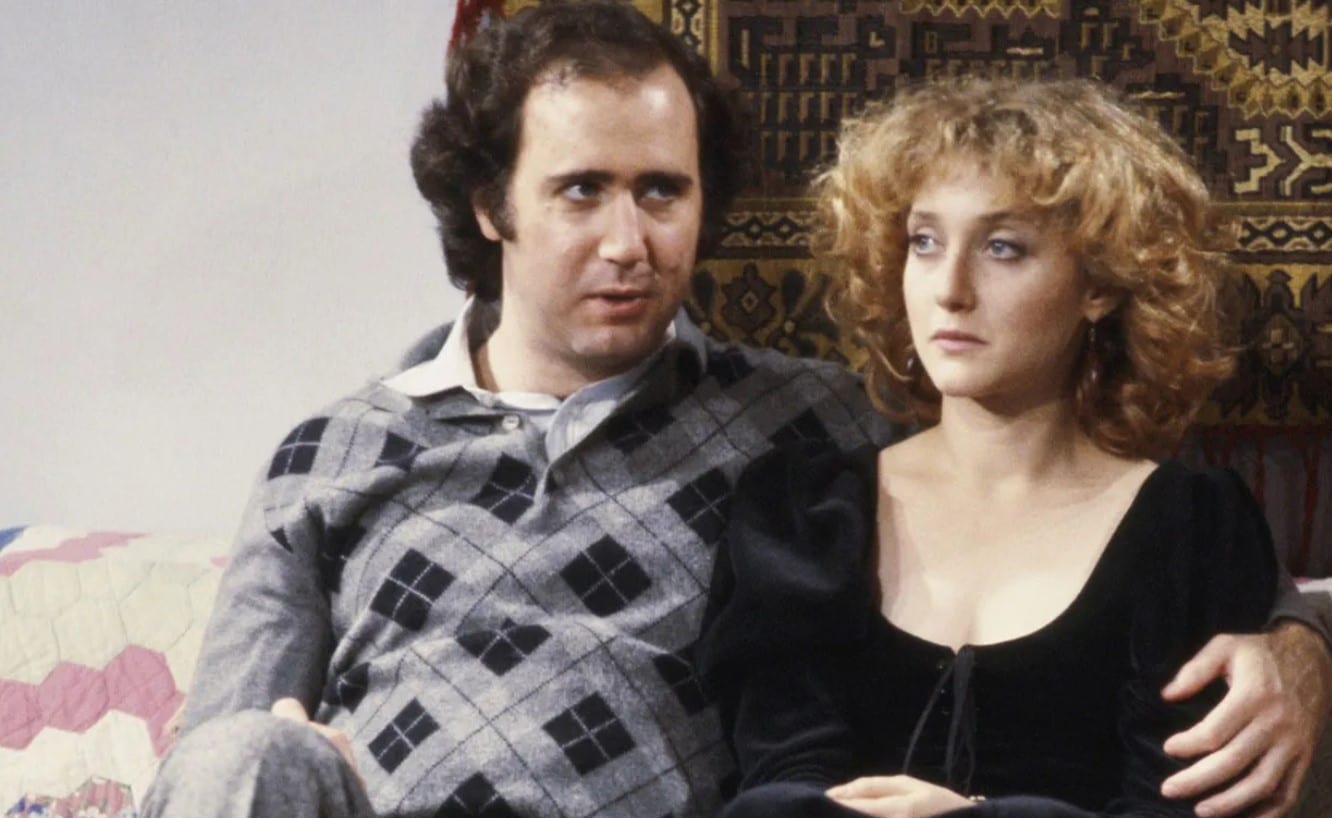 When Carol Kane was asked to appear in The Princess Bride, she had already been acting professionally for two decades. Kane enjoyed roles in a number of acclaimed films, including Dog Day Afternoon, Annie Hall, Hester Street (which landed her a Best Actress Oscar nomination) and When a Stranger Calls. It was Kane’s recurring role on TV sitcom Taxi as Simka, the wife of Andy Kaufman’s Latka, however, that broke Kane as a comedy star.

Taxi saw Kane awarded Emmys two years in a row (1982-1983), and demonstrated that she could more than hold her own alongside a larger-than-life male funnyman. And so when Rob Reiner decided to cast Billy Crystal in The Princess Bride, Kane seemed a natural choice to play his wife.

Kane recalls, “Billy came over to my apartment in Los Angeles and we took the book and underlined things and made up a little more backstory for ourselves. We added our own twists and turns and stuff that would amuse us, because there’s supposed to be a long history – who knows how many hundreds of years Max and Valerie have been together?” 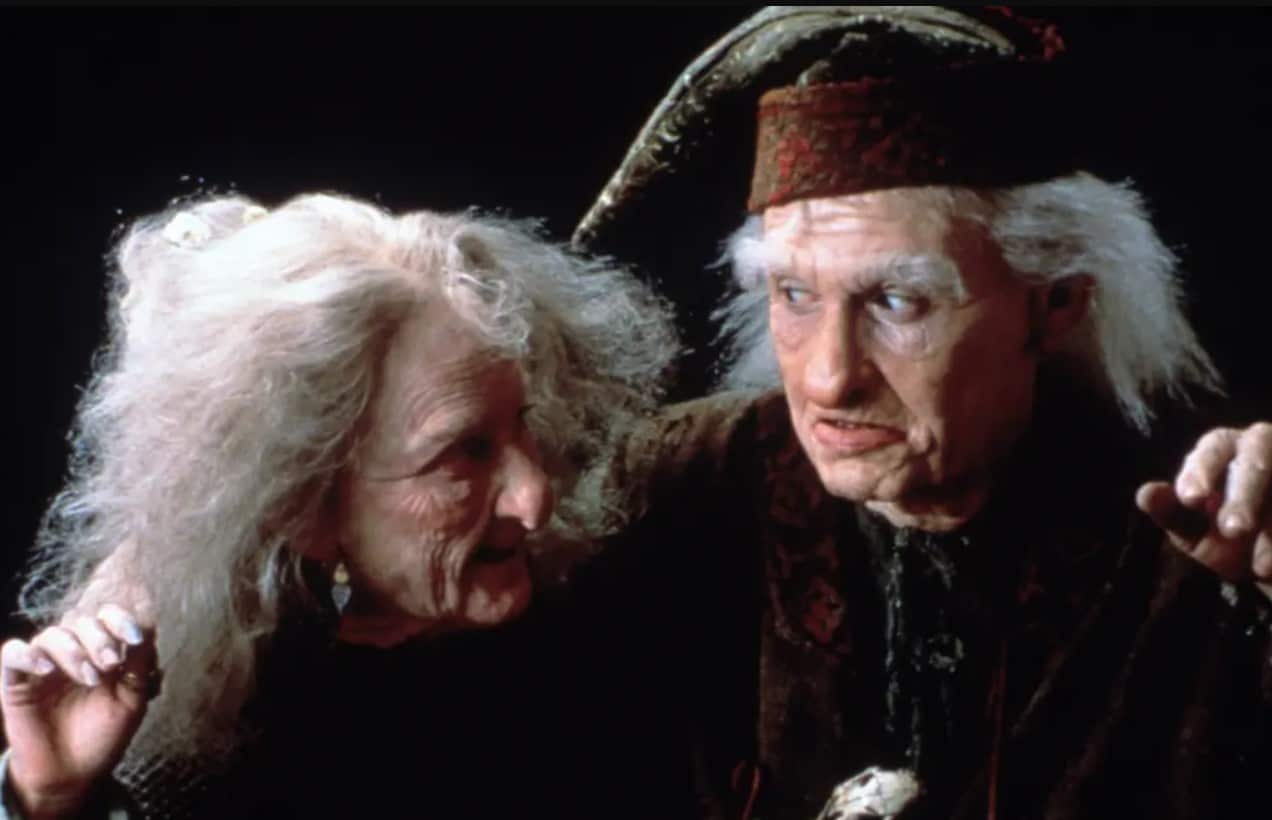 The Princess Bride may have had a screenplay from one of Hollywood’s most esteemed writers, William Goldman (who adapted the script from his own 1973 novel), but director Rob Reiner was still more than happy to let Kane and Crystal improvise, knowing their humour would elevate things.

According to Crystal, he and Kane “ad libbed a lot of stuff: ‘Have fun storming the castle.’ ‘Don’t go swimming for an hour – a good hour’… I remember the only trouble with the scene was Cary [Elwes] trying not to laugh while he was laying on the slab, because he’s supposed to be mostly dead but slightly alive.” 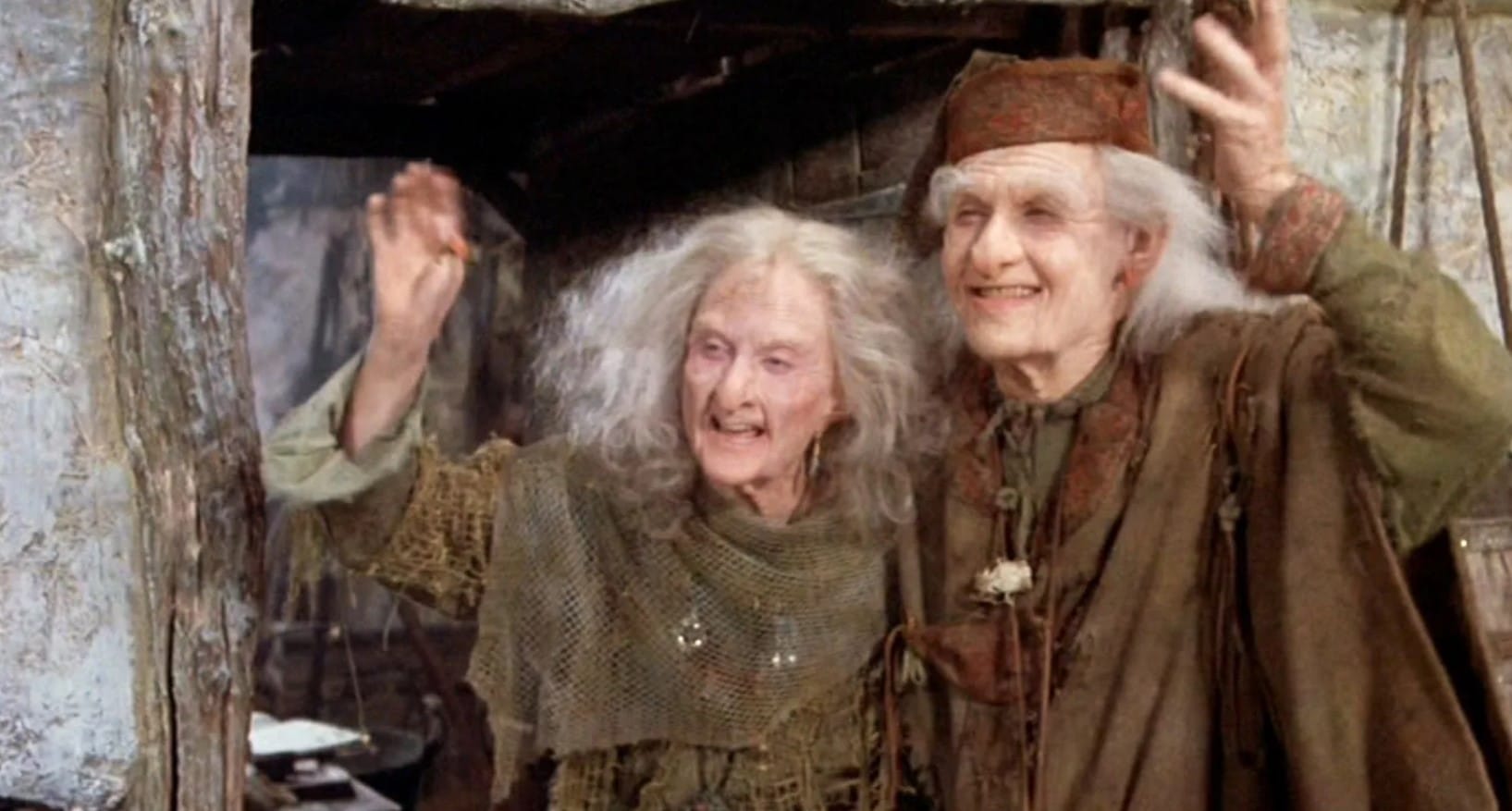 Reportedly, Westley actor Elwes had to be replaced with a dummy on some shots, as he found it so hard to keep his giggles in. Director Rob Reiner also had to excuse himself from the set and watch from a monitor, as he too kept blowing takes by laughing. Only Inigo actor Mandy Patinkin managed to remain deadpan, but it’s said he bruised a rib from holding in his laughter.

Playing such aged characters as Max and Valerie in a fairy tale setting naturally necessitated putting Crystal and Kane in heavy make-up. Crystal remembers that he and Kane had to sit down in the make-up chairs at 2am before shooting began: “I was familiar with that kind of stuff… [but] Carol had a hard time with the make-up. She had never been in it before.” 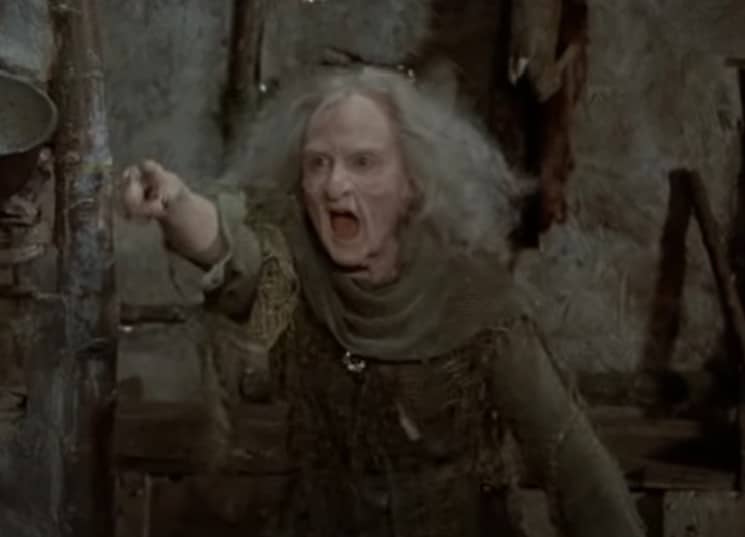 Kane admits, “Prosthetics are not pleasant. It’s a challenge to sit in that chair for that many hours. Then it’s an hour to get it taken off at the end of the day – you can’t just rip it off, which is what you’re dying to do. But we just had so much fun on the set, and a lot of that was thanks to Rob’s great enthusiasm. You just felt that you were part of something warm and magical and slightly cuckoo.”

The experience clearly didn’t deter Kane from taking other fantastical roles that required makeup. 1988 saw Kane play The Ghost of Christmas Past opposite Bill Murray in Scrooged, whilst in 1993 she played Granny Frump in Addams Family Values (replacing Judith Malina). This role, along with The Princess Bride’s Valerie, helped Kane build a reputation for playing elderly matriarchs, even though she was still relatively young at the time. 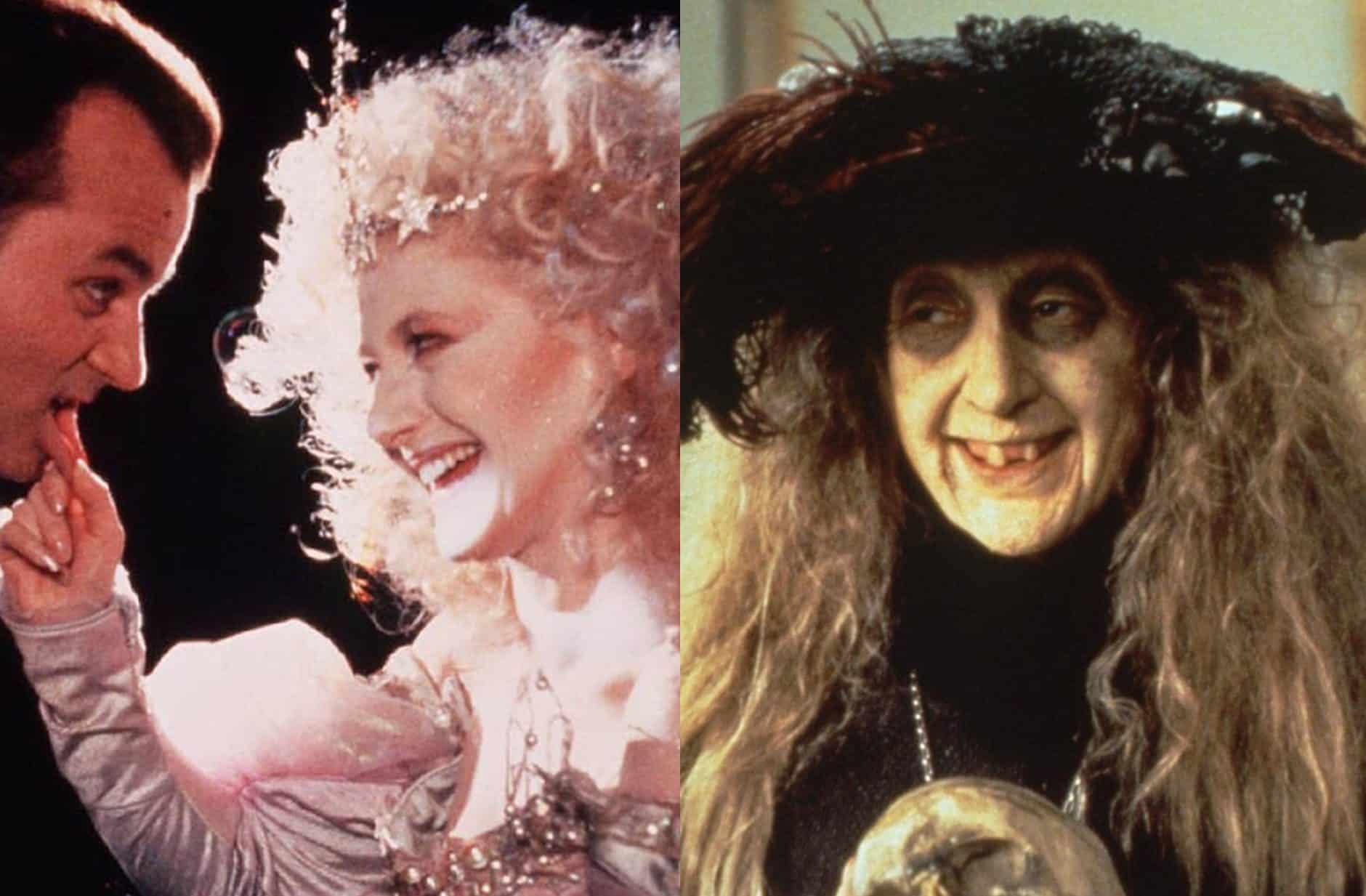 Kane has played many more grandmotherly characters since, often in voice acting roles on cartoons such as Phineas and Ferb and Dora the Explorer. She’s also familiar to contemporary audiences as Lillian Kaushtupper in Netflix comedy series Unbreakable Kimmy Schmidt.

However, The Princess Bride is still the film Kane is most often recognised for – which the actress says can feel like a mixed blessing. “Every time someone says to me, ‘Aren’t you the one from The Princess Bride?’ I have to think several times about how I feel about being recognized.

“Because I think I was like 36 or something at the time we made it, and I think, ‘What does this mean? Am I growing into that face? Is Valerie creeping into my every day face now?’ I’m always honored but I’m also, like, ‘Hmm, how should I feel about this?'” 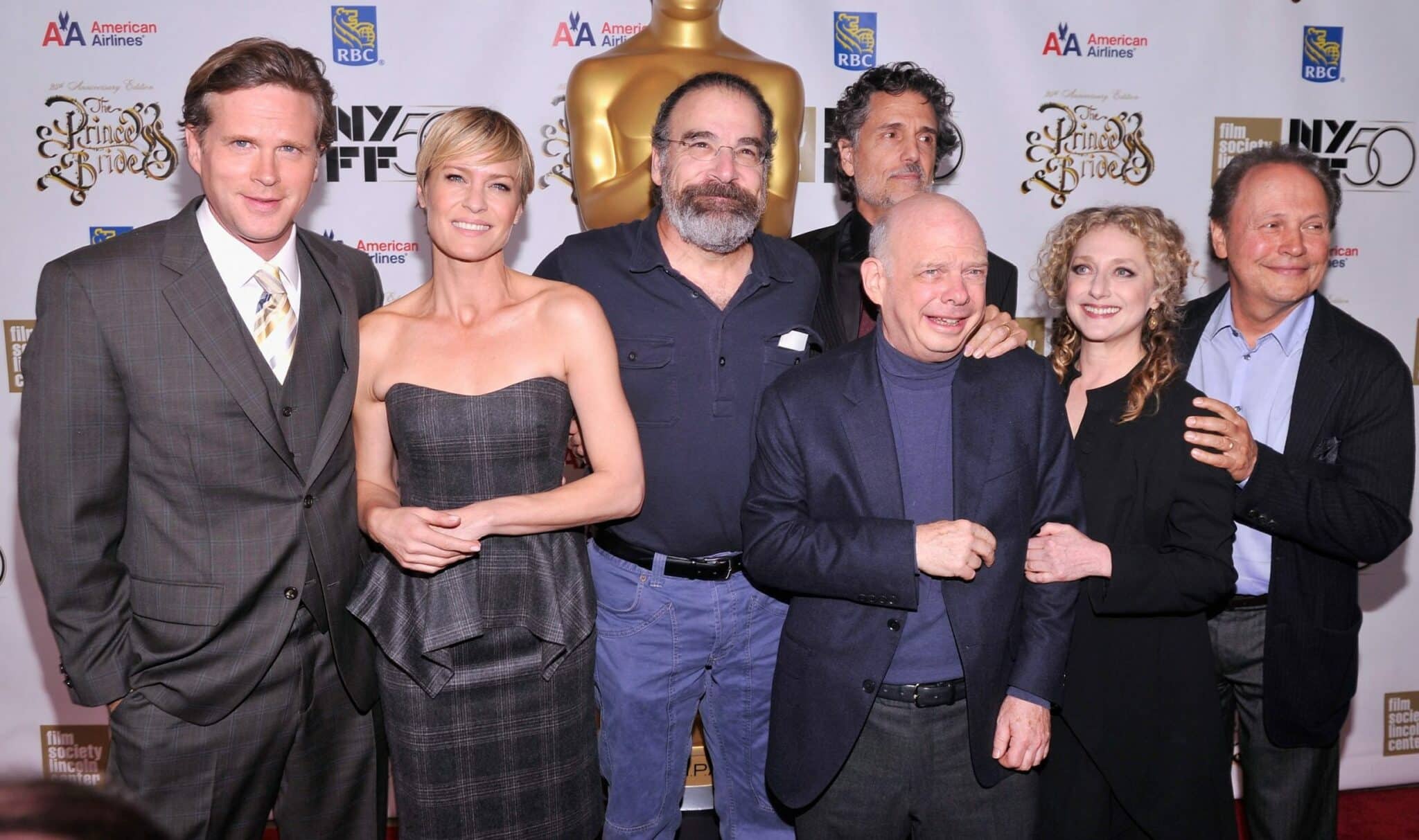 One thing Kane is adamant about, however, is that The Princess Bride is not a film in need of a remake. Rumours of a new take on the film surface from time to time, only to be met with contempt both from fans, and from those who worked on the original, Kane very much included.

The actress bluntly states, “I don’t think a movie remake [would work] because I think [Reiner’s original film] is perfect. I would gather that Rob Reiner would say the same and everybody in it would say the same… why re-make something that’s perfect the first time around? That’s what I think.”