How Bullied and Deaf Lou Ferrigno Became The Hulk

A gentle giant who inspired countless kids through the small screen, Lou Ferrigno had humble origins as a bullied child in New York City. With 85% hearing loss as a toddler, he had difficulty even speaking, let alone making friends. But his adoration of superheroes like the Hulk led him to bodybuilding, which remarkably led him to play The Incredible Hulk himself at the age of 27.

Ferrigno struggled throughout his childhood and career due to his disability, but a life-changing medical treatment in his 70s saw him regain much of his hearing. 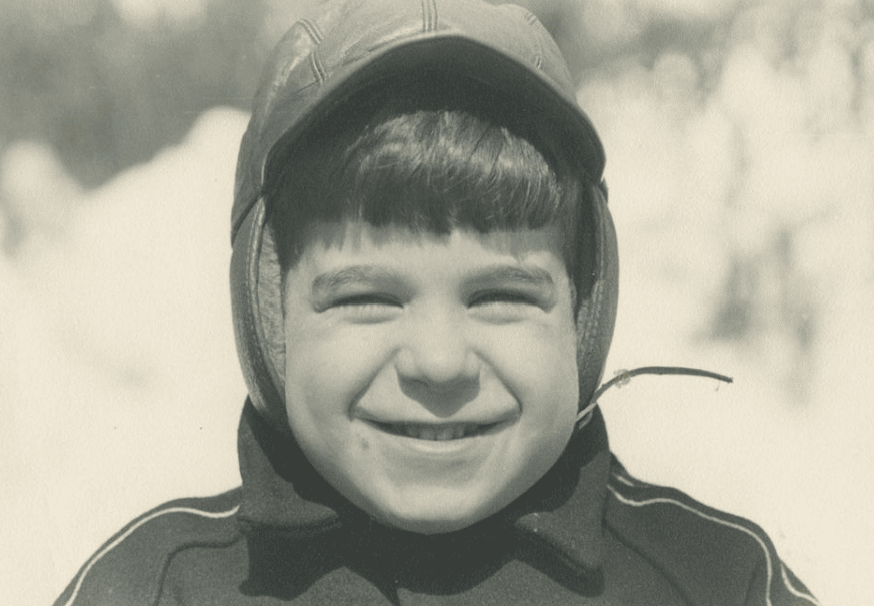 Born in Brooklyn, New York in 1951, Louis Ferrigno is of Italian descent. His father Matt was a police lieutenant. His brother Andy Ferrigno became a fitness store owner (the siblings later getting embroiled in legal battles over the ‘Ferrigno’ family name).

Ferrigno has lived with disability since the age of three. As a baby, he suffered chronic ear infections, leaving him with nerve damage in both ears and a loss of 85% of his hearing. He began wearing a hearing aid aged four.

Ferrigno’s childhood was filled with taunts and bullying, and his hearing loss left him with a speech impediment that lasts to this day. This condition, Ferrigno explains, “had a huge effect on my life, because it made me different than everybody else, it made me very introverted as a child.” It also left him with “kind of a love-and-hate relationship with my father growing up because he had a hard time accepting me having a handicap… He kind of pushed me and taught me never to feel sorry for myself.” 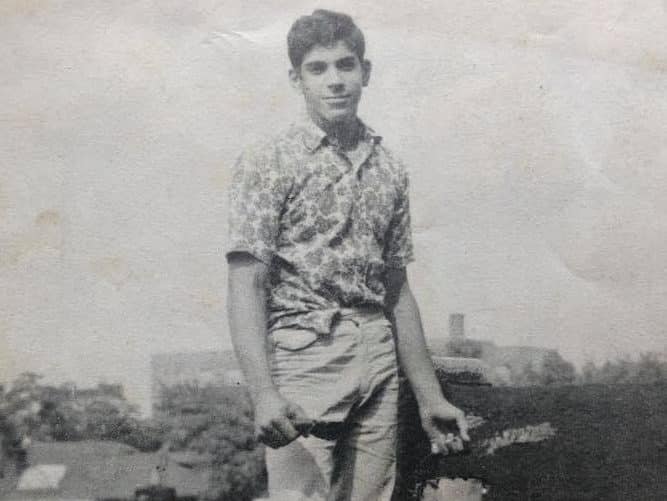 His father sent him to lip-reading classes to counteract his disability. Twice a week, Ferrigno would finish his day at elementary school and catch a train across the city for evening lessons. Exhausted with his studies and his social outcast status, the young Ferrigno found refuge in comic books. His favourite characters were Spider-Man and the Hulk, whom he idolised. “It was very therapeutic for me because it gave me a chance to escape and fantasise that someday that’s the direction I wanna go, that’s the kind of superhero I’d like to become.”

While browsing comics, he soon caught sight of a magazine entitled Muscle Power, which showcased posing body builders. The young Ferrigno was in awe of these stars. His dreams of becoming a bodybuilder intensified when his father took him to the cinema to see famed muscleman Steve Reeves in the movies Hercules and Hercules Unchained.

In the absence of a gym or professional equipment, Ferrigno filled buckets with cement and combined them with a broomstick to create makeshift weights. As his body changed, he became addicted to working out. “It was an obsession to me. I had to do it – it meant to me more than anything… It gave a tremendous boost to my self esteem, even though at the time, bodybuilding was a shallow sport and everyone was kind of against it. I would get ridiculed by my friends, they kept laughing at me. But I didn’t let it affect me because every time I trained, it made me feel good about myself.” 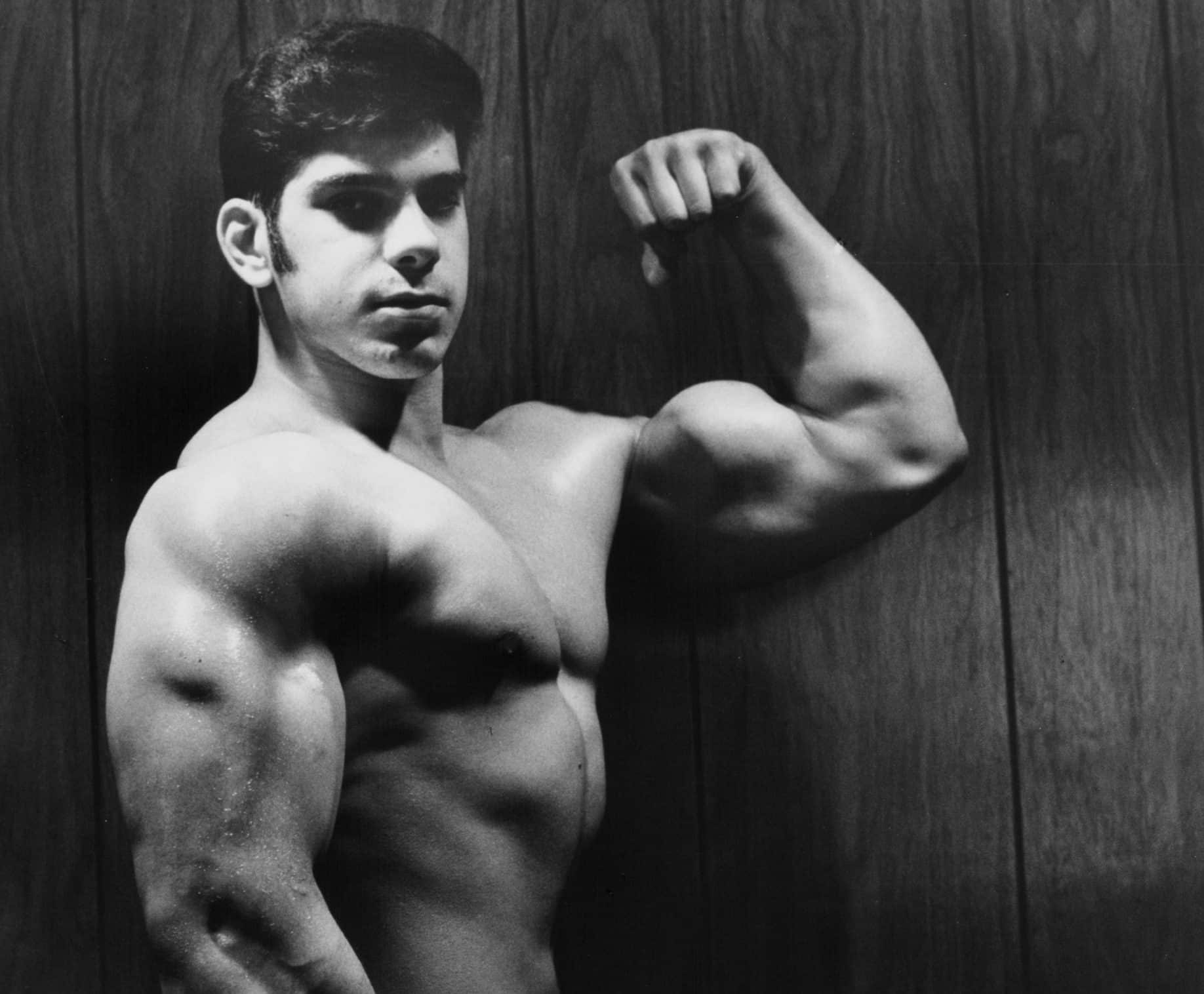 At times, Ferrigno barely knew his own strength. His father encouraged him to try American football, with terrible consequences: “During a game a guy came running towards me, as he didn’t want me to get knocked down, I hit him with all my might and broke both his legs.”

At 19 years old, Ferrigno took part in his first ever bodybuilding contest. He came in 23rd place but was absolutely elated at the environment and enthusiastic crowds. When he returned to his family’s home that night, he vowed that he would never come below third place again. Sure enough, Ferrigno won the IFBB Mr America title in 1969, and won IFBB Mr Universe just four years later.

The world began to take notice of not only Ferrigno, but the world of bodybuilding. Acclaimed documentary Pumping Iron detailed his (mostly) friendly rivalry with Arnold Schwarzenegger as the pair competed for Mr Olympia in 1975. However, Ferrigno still had to make ends meet financially and took work as a metal worker in a Brooklyn factory – a dangerous environment where one of his friends accidentally chopped off his own hand. 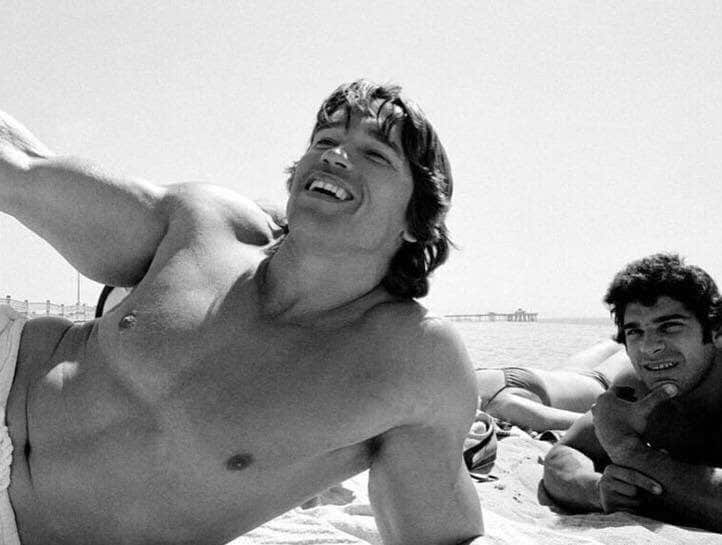 A more promising job opportunity arose when a TV series based on The Incredible Hulk entered production in 1977. Richard Kiel (Jaws in the James Bond movies) was cast in the titular role, until the director’s son pointed out that, despite being 7’2″, Kiel wasn’t muscular enough to be the Hulk. Ferrigno’s rival Schwarzenegger had also been considered, but while he had the muscles, he was too short for the part.

Ferrigno (weighing roughly 262 pounds and standing 6’5″ at the time) turned up for a screen test, and later reflected: “When they saw my physique, my body, [and] that I was able to show different emotion without speaking – able to cry and everything – then I knew I’d landed the part.” The first episode of The Incredible Hulk starring Ferrigno aired in 1978.

Ferrigno adored his character: “He was a real gentle soul that didn’t mean to hurt anybody… I don’t know one person who doesn’t like the Hulk.” But filming was arduous, the bodybuilder-turned-actor having to arrive on-set at 4.30 a.m. for makeup application. Painted head to toe in green, with wigs, false teeth and a nosepiece, Ferrigno spent three hours in the dressing rooms every morning. 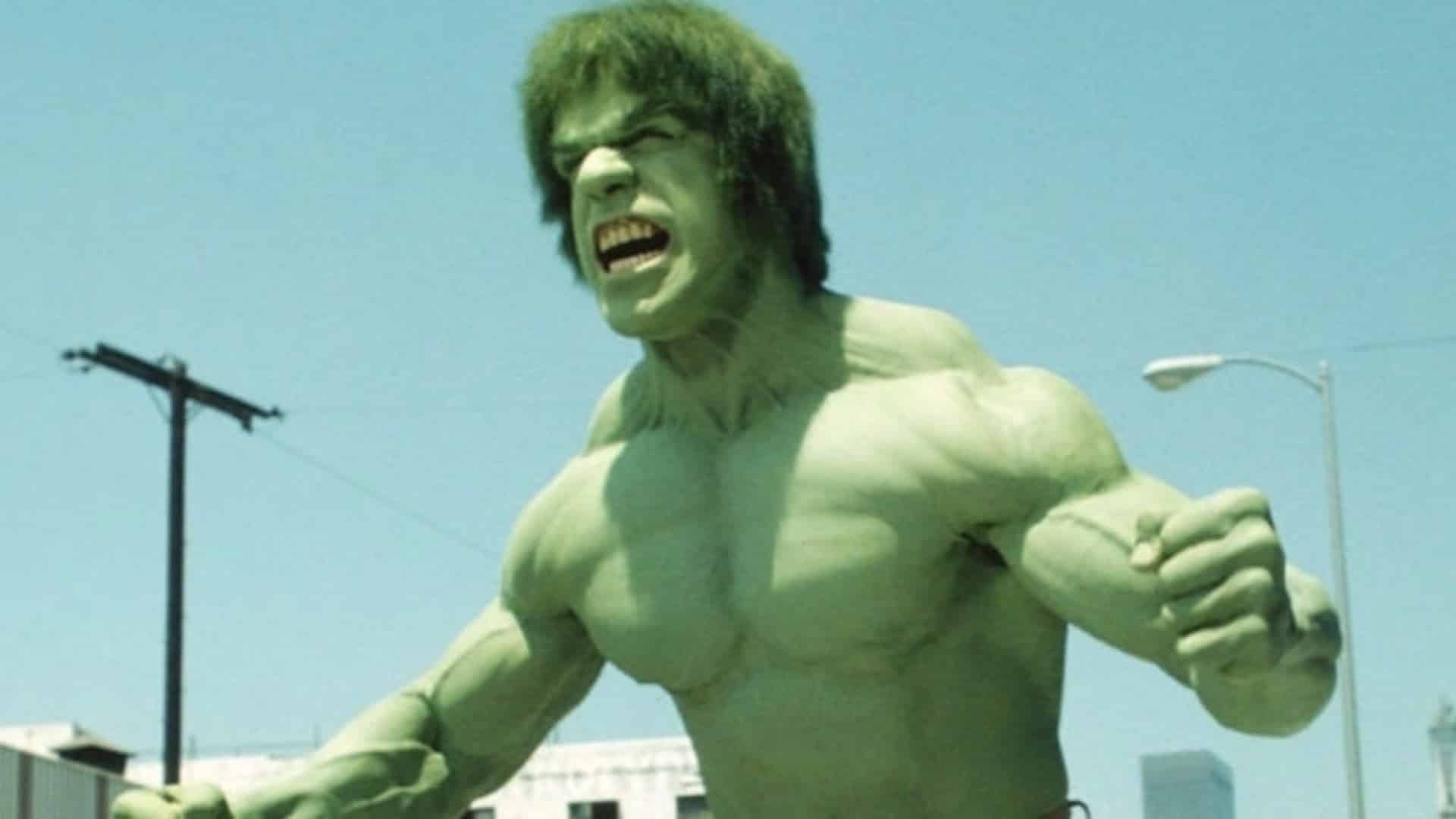 Filming could end as late as 9 p.m., at which point Ferrigno would go to the gym to stay in shape. Throughout the long hours, Ferrigno found a best friend and mentor in Bill Bixby, who played the Hulk’s civilian persona Dr. David Banner. Bixby wowed the cast and crew with magic tricks and practical jokes backstage. “Bill took me under his wing because I’d never taken acting classes before,” Ferrigno reminisced.

Another hurdle behind the scenes was Ferrigno’s hearing. “I knew I had to pay special attention because I had to constantly read lips,” he later told People Magazine. “Sometimes on set the hearing aid malfunctions and I had to be treated like a hard of hearing person. And I never really wanted that sympathy. So over the years I ended up wearing two hearing aids instead of one, because I wanted to maximize whatever hearing I did have.”

The fame that the Hulk brought to Ferrigno was overwhelming. As he travelled to meet crowds of fans, he was shocked at their excitement and found it “almost frightening… you wanted to go under the car to hide away,” he later said with a smile. Despite the devoted fanbase, The Incredible Hulk’s ratings waned as the years went on, and the show wound up being cancelled in 1982 after five seasons. In the wake of this, Ferrigno went on to appear in a number of low-budget fantasy films including 1983’s Hercules, its 1985 sequel The Adventures of Hercules and 1989’s Sinbad of the Seven Seas, none of which were big hits.

The Incredible Hulk remained popular, however, and Ferrigno would also reunite with Bill Bixby on a trilogy of Hulk TV movies, two of which were directed by Bixby. (This included The Trial of the Incredible Hulk, which featured Rex Smith as the first live action take on another Marvel superhero, Daredevil.) There had been plans for more Hulk TV movies, but these were scrapped when Bixby passed away in 1993.

Ferrigno then returned to bodybuilding competitions in the 90s and was the focus of another documentary, entitled Stand Tall. After retiring from the sport, he played himself on the CBS sitcom The King of Queens. On top of all this, Ferrigno also worked as Michael Jackson’s personal trainer for a time, as well as working as a sheriff’s deputy in Ohio and California. In his spare time, he is an avid collector of beanie babies. 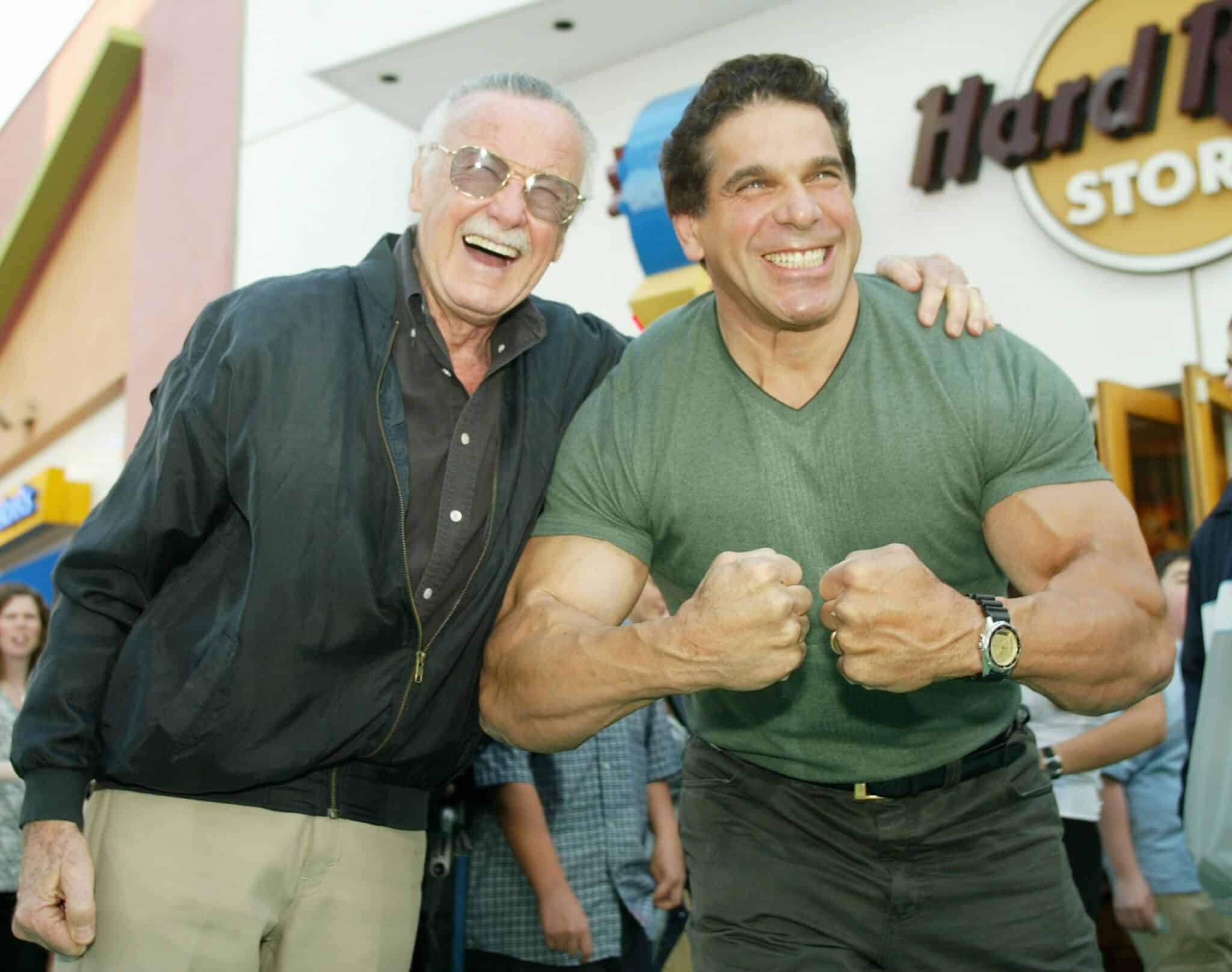 He also continued to play the Hulk as a voice actor, in the Marvel TV cartoons and the first big screen takes on the character, up until the movie Avengers: Age of Ultron in 2015. Mark Ruffalo (the third big screen Hulk after Eric Bana and Edward Norton) has since taken over the role completely.

Naturally, Ferrigno feels quite protective of the Hulk, and  has voiced a mixed opinion about his successor’s take on the famous role, commenting: “Ruffalo — I think he’s a wonderful actor, he blends in with the Marvel aspect of the Avengers — but I can’t take him seriously enough.”

Ferrigno has also criticised the CGI-enhanced iterations of the Hulk, noting to Syracuse: “I’m very disappointed with the way the Hulk is being portrayed now because he’s wearing a suit and he sounds like a professor. The Hulk needs to be authentic, hideous (and) more organic… Now I don’t know what I’m looking at because it’s too much CGI.” 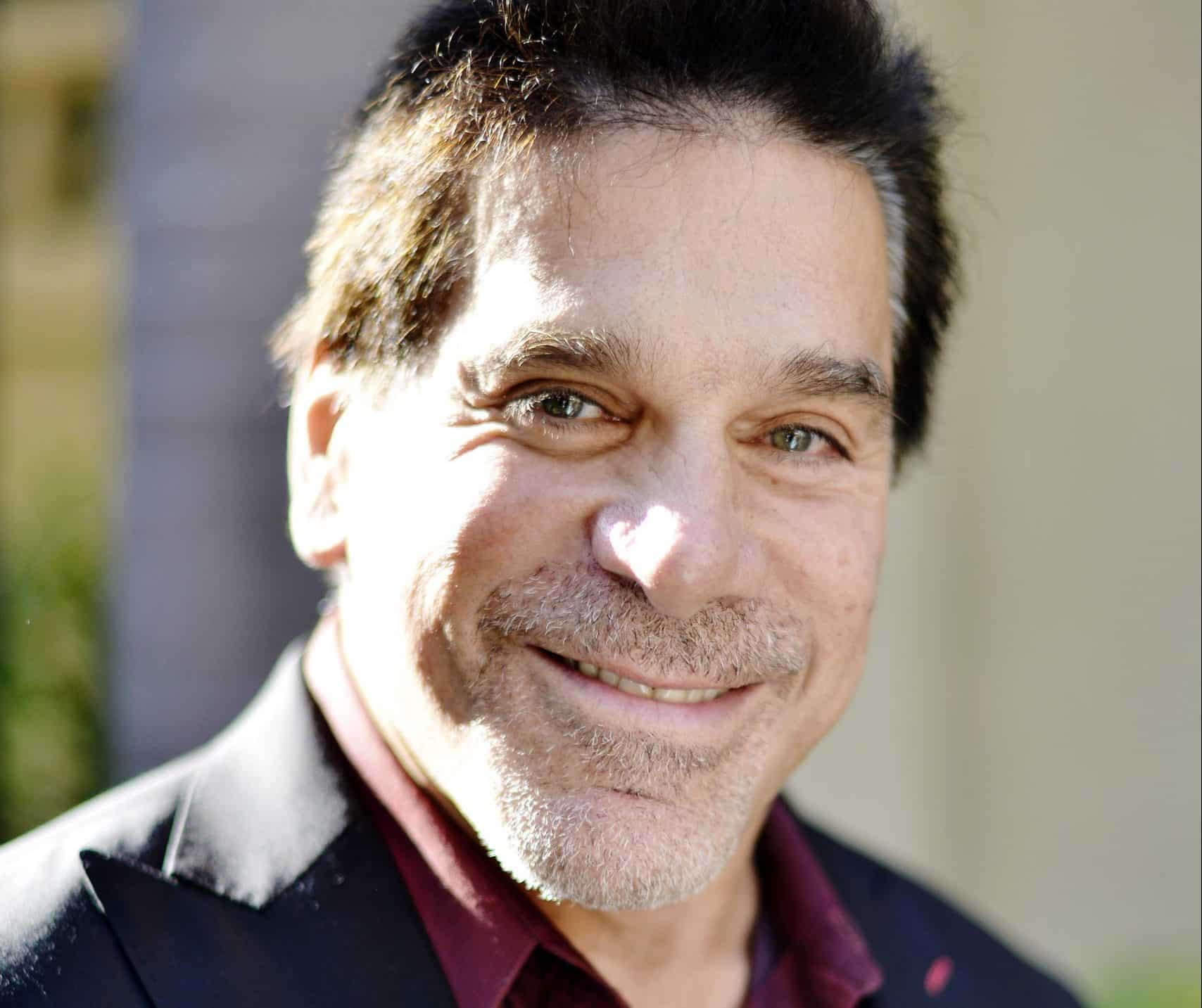 While Ferrigno clearly never allowed his hearing loss to keep him from living a full life, it was nonetheless a problem he always hoped to overcome. In 2021, a friend of the bodybuilder underwent a cochlear implant surgery to improve his hearing, and Ferrigno (then approaching his 70th birthday) was persuaded to try the procedure.

He was reportedly “terrified” at the prospect, which included a four-week wait before the implant was activated. Happily, the procedure was a success, leaving Ferrigno with a sense of sound that was stronger than he ever dreamed. “My hearing is getting better and better and better, it’s constantly improving,” he has said. “I told my doctor that I want to get up to 85% clarity.”

“My cochlear implant has, so quickly, taken me to a new level of hearing,” he elaborated in an interview with a cochlear implant charity. “It’s like I’m reliving my life again. I can hear S’s. I’ve not been able to hear consonants clearly for so long, maybe ever. I have better diction and speech clarity already. Now, I don’t have to try so hard to hear,” he explained.