One of the most memorable movie friendships of all time is that of Alan Ruck’s Cameron Frye and Matthew Broderick’s Ferris Bueller in John Hughes’ 1986 teen comedy classic, Ferris Bueller’s Day Off. Though the two seem polar opposites – one hyper-confident and outgoing, the other introverted and anxiety-ridden – Ferris and Cameron balance out one another perfectly, as only best friends can.

Fans of the film have always noted how effortless Ferris and Cameron’s interplay is on screen, and there’s a good reason for it: Broderick and Ruck were already good friends before shooting on Ferris Bueller’s Day Off began. In the three-decades-plus since the film’s release, Ruck and Broderick have remained friends, even as Broderick’s star rose whilst Ruck largely disappeared from the limelight – until Succession gave him the role of his career. 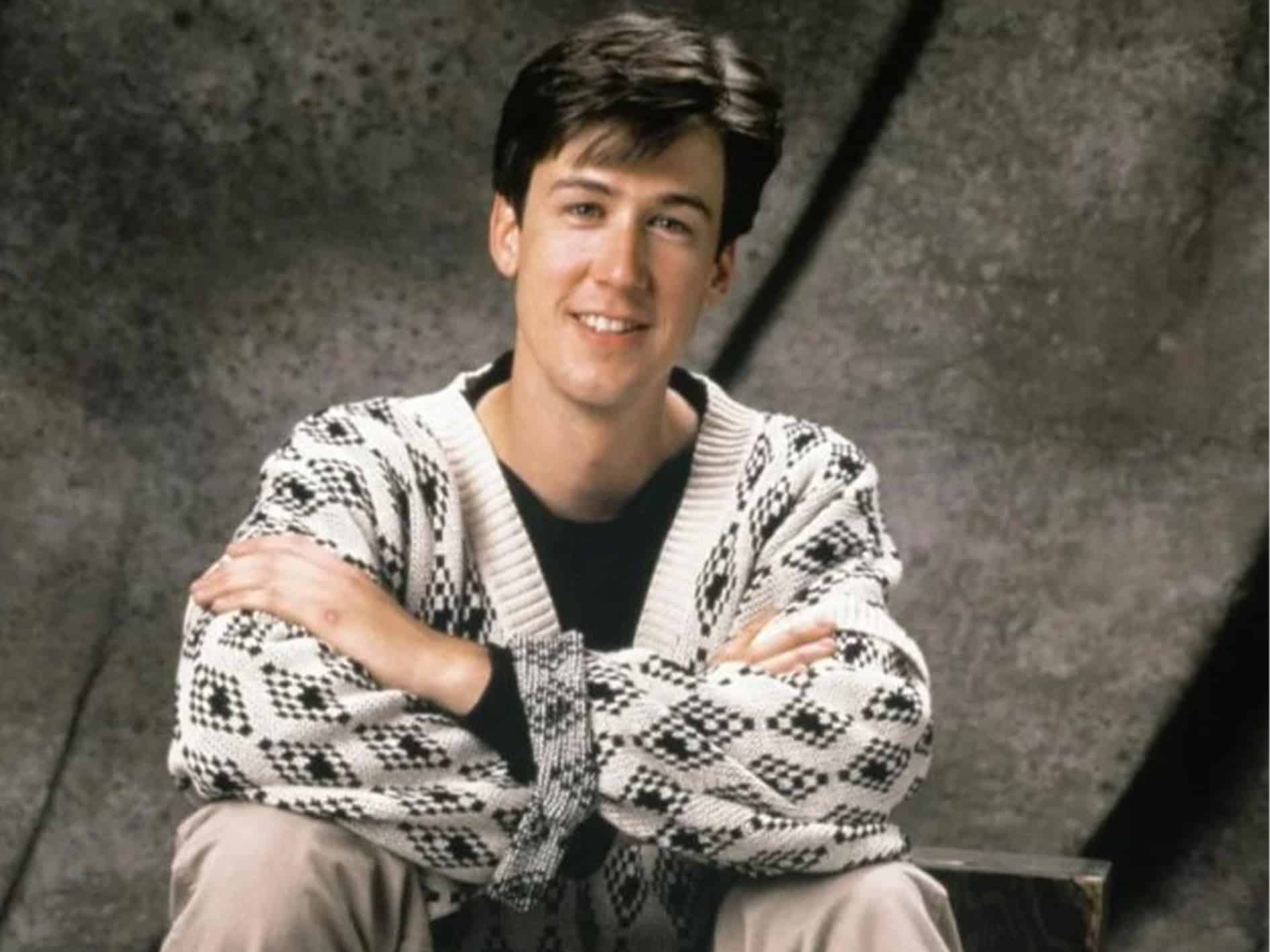 Alan Ruck was born in Cleveland, Ohio on July 1, 1956, almost six years before Matthew Broderick was born, in March 1962. After earning a BFA in Drama from the University of Illinois, Ruck started out as an actor in the Chicago theatre.

Ruck’s youthful appearance immediately impacted the work he was offered. The actor recalls, “My first professional job ever was when I was 24, and I was cast as a 14-year-old.” He continued to play youthful parts in his first screen work, appearing with Sean Penn and Ally Sheedy in 1983 film Bad Boys, before taking a role in Class alongside Rob Lowe, Andrew McCarthy and John Cusack.

1984 saw Ruck make his Broadway debut in Biloxi Blues, a new play from acclaimed playwright Neil Simon set in a US army training camp for teenage recruits. The lead role was taken by Matthew Broderick, who at 22 had already taken the lead in a major blockbuster (1983’s WarGames), and was a Tony award winner for his work in Simon’s previous play Brighton Beach Memoirs. Meanwhile Ruck, at 28, was just starting out. 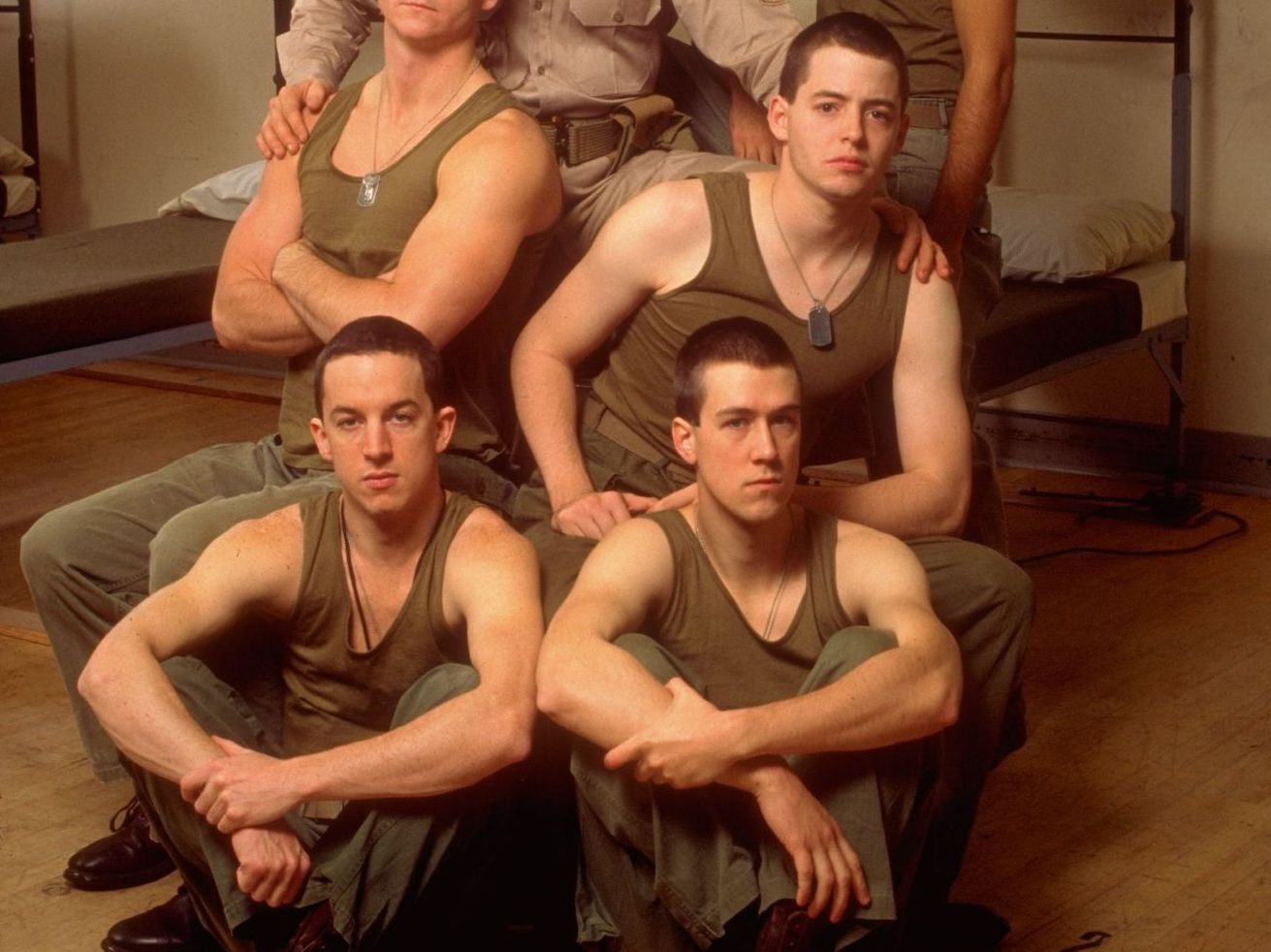 Through working on the play together, Ruck and Broderick became fast friends. In fact, it was during their run on the stage play that the casting call first went out for Ferris Bueller’s Day Off, teen movie specialist John Hughes’ fourth film as director (following on from Sixteen Candles, The Breakfast Club and Weird Science).

Broderick was reportedly always top of Hughes’ wish list for the title role of Ferris himself (despite competition from the likes of Johnny Depp, John Cusack and Tom Cruise). Meanwhile, for the part of Ferris’ best friend Cameron, Emilio Estevez was offered the role but declined. Ruck has said since, “Every time I see Emilio, I want to kiss him. ‘Thank you!'” 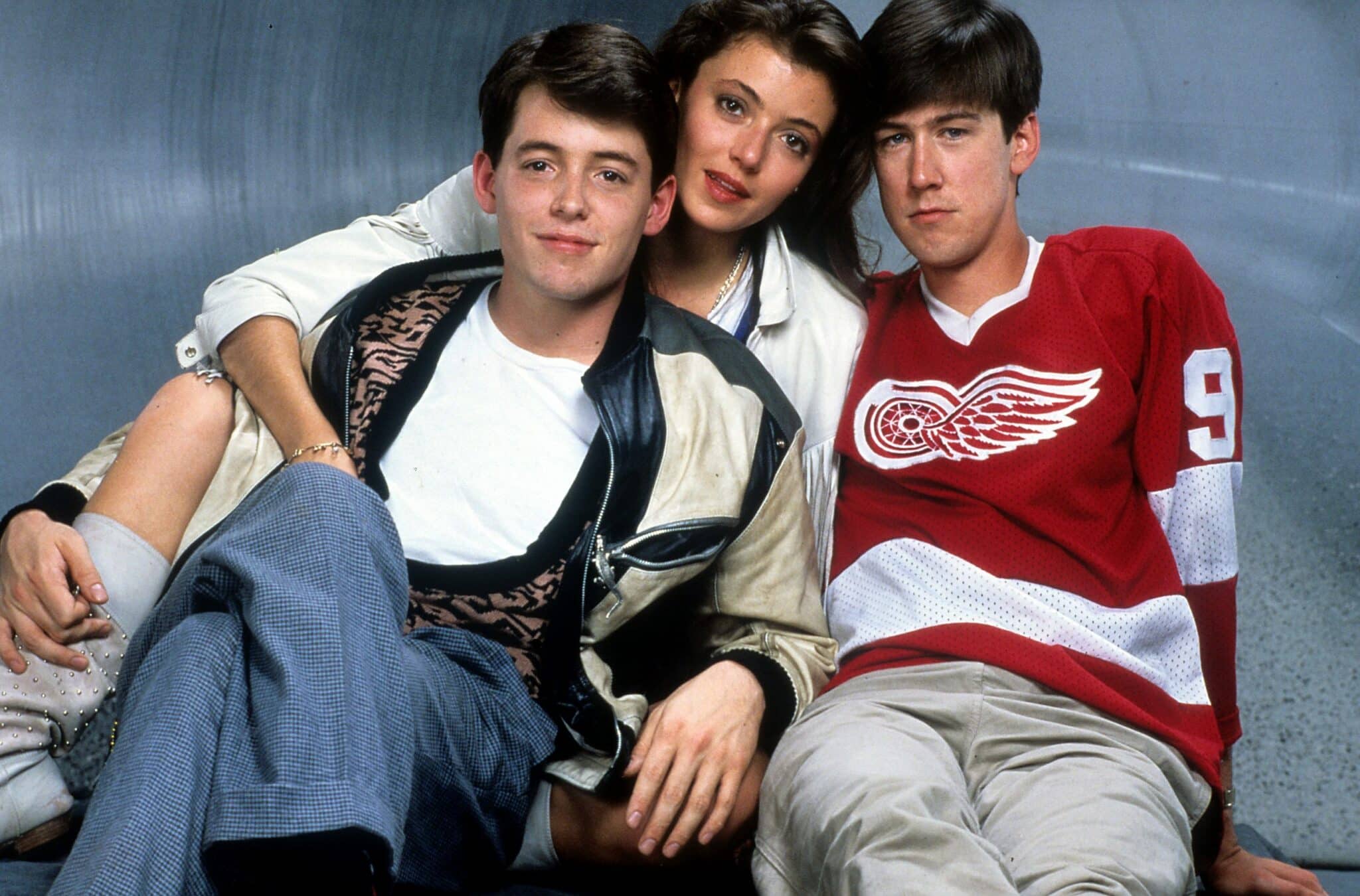 Broderick found out he was being offered the film immediately before beginning a performance of Biloxi Blues, and he broke the news to his new friend Ruck in a rather unique way. As Ruck told Josh Gad in 2020’s Reunited Apart, Broderick’s character in the play was “constantly writing in a journal and he would talk to the audience, and there was a scene at the end of the play when we were all supposed to be asleep except for Eugene [Broderick’s role].

“So this one night, he’s writing in his journal and talking to the audience, and he nudges me. I just look out of the corner of my eye, and he’s written, ‘they offered me Ferris Bueller,’ with a financial quote.” Ruck, whose character was meant to be asleep, gave Broderick a subtle nod to indicate his approval. 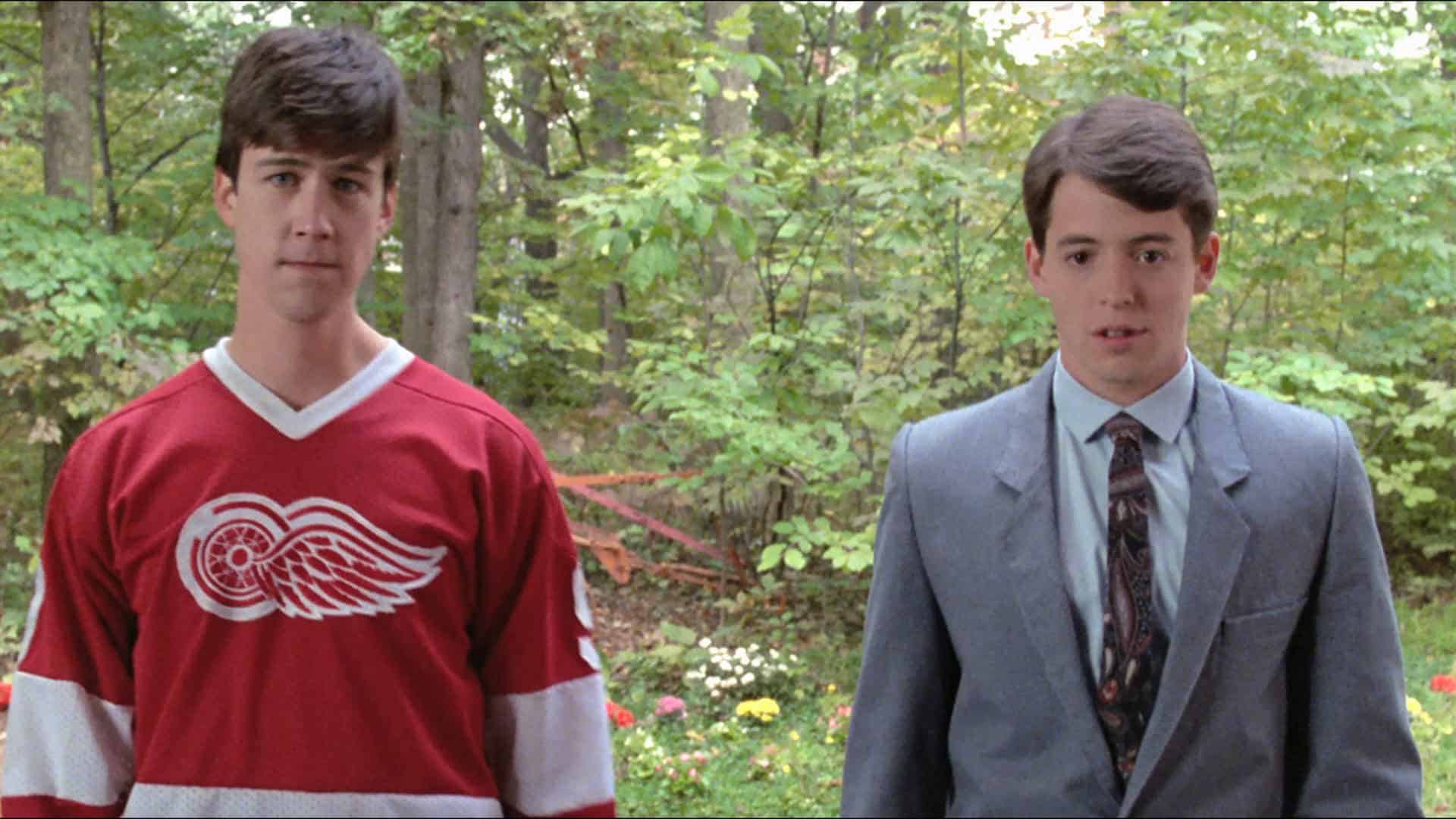 Soon enough, Ruck was a contender to play Cameron. Given that Ruck was already 28, a full decade older than the character, both the actor and the filmmakers naturally had some doubts, but when he read alongside Broderick, the chemistry between the two was obvious: “We were already pals, we already had a similar sense of humour. So we didn’t have to make anything up.” 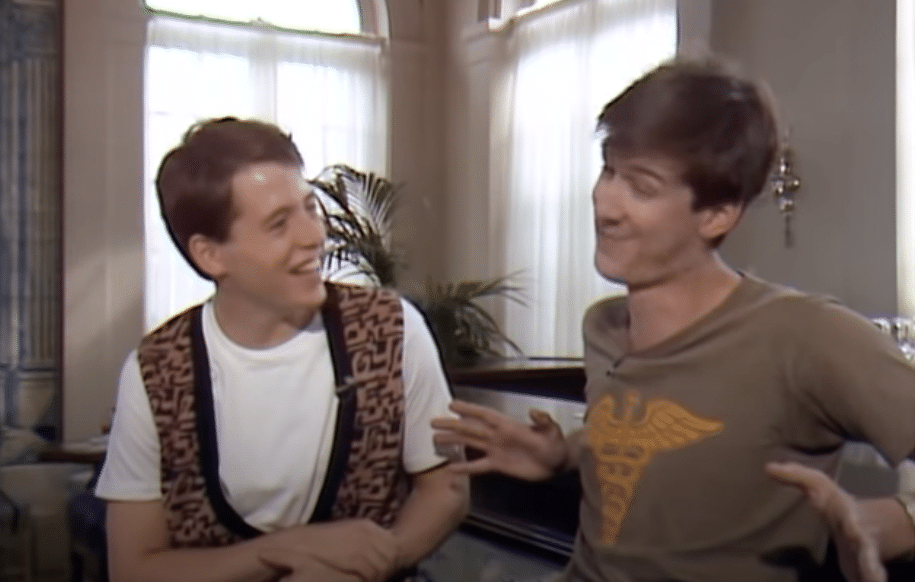 On release in June 1986, Ferris Bueller’s Day Off was met with glowing reviews and over $70 million in box office receipts (a handsome return on a $5 million budget). This success helped further boost Broderick as one of the hottest young stars of the time, paving the way for further lead roles in such high-profile films as Family Business, Glory and the big screen adaptation of Biloxi Blues.

For Ruck, however, things were rather different. His next movie Three for the Road bombed, and major job offers were soon thin on the ground (he would not be cast alongside Broderick in the movie version of Biloxi Blues). Despite him landing some supporting roles in big movies (Three Fugitives, Young Guns II), soon enough it seemed that the film industry at large had forgotten about Alan Ruck.

Quite what had caused Ruck’s career to atrophy is hard to pin down. The actor has suggested that, once he hit his thirties, “I lost whatever youthful, baby-faced stuff that I had, and I moved into kind of a no-man’s land, they didn’t know what to do with me.” Ruck also admits, “I had some attitude problems that got in my way,” a problem exacerbated by heavy drinking. 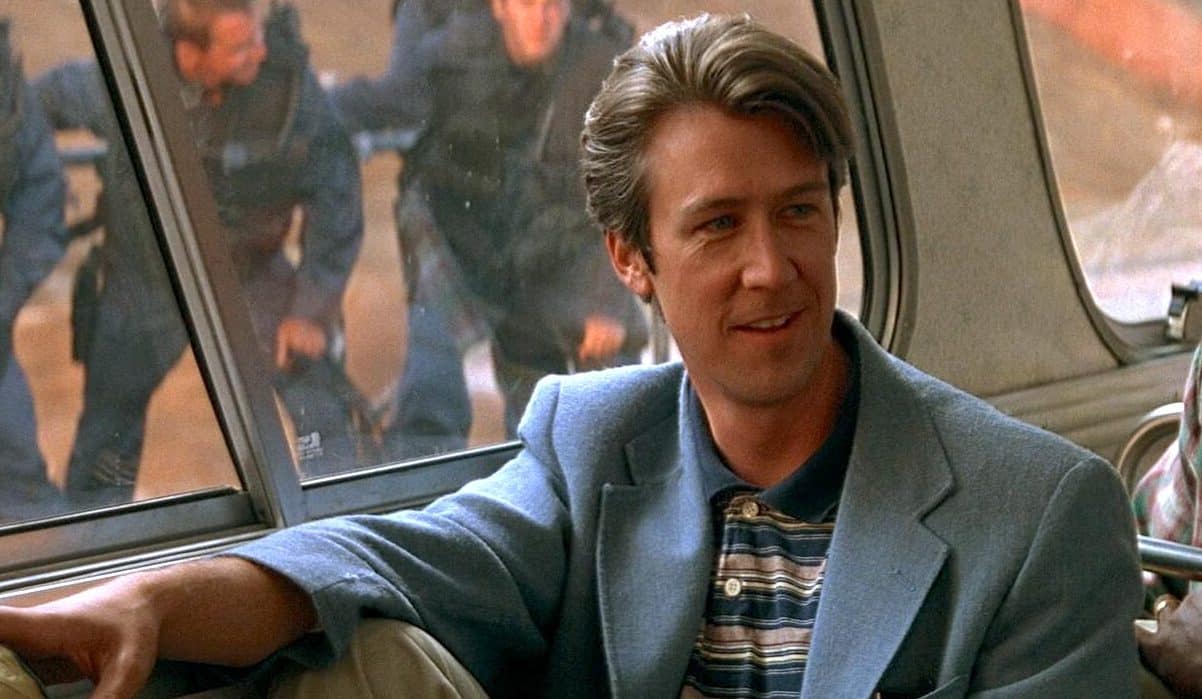 Ruck tells Marc Maron, “I had a real low point around ’91, ’92, they were bad [years]. I became a bartender for a little while… because nothing was happening.” With time, the actor says, “the Bueller thing got to be a pain in my a** when people would bring it up.” Between acting jobs he also wound up working in a warehouse, where the occasional co-worker would note he looked like the actor from Ferris Bueller.

Things picked up a little for Ruck by the mid-90s with supporting roles in Speed, Star Trek Generations and Twister, and a six-year stint on sitcom Spin City. At the same time, Matthew Broderick was going from strength to strength, winning a second Tony award for 1995’s How to Succeed in Business Without Really Trying, and voicing Simba in Disney’s animated blockbuster The Lion King.

Broderick then enjoyed perhaps his most famous theatrical success, originating the role of Leopold Bloom in the stage musical adaptation of The Producers (a role he would later reprise in the film adaptation). Sometime after Broderick stepped down from the role, one of the subsequent actors to play Leopold Bloom would be none other than Alan Ruck. 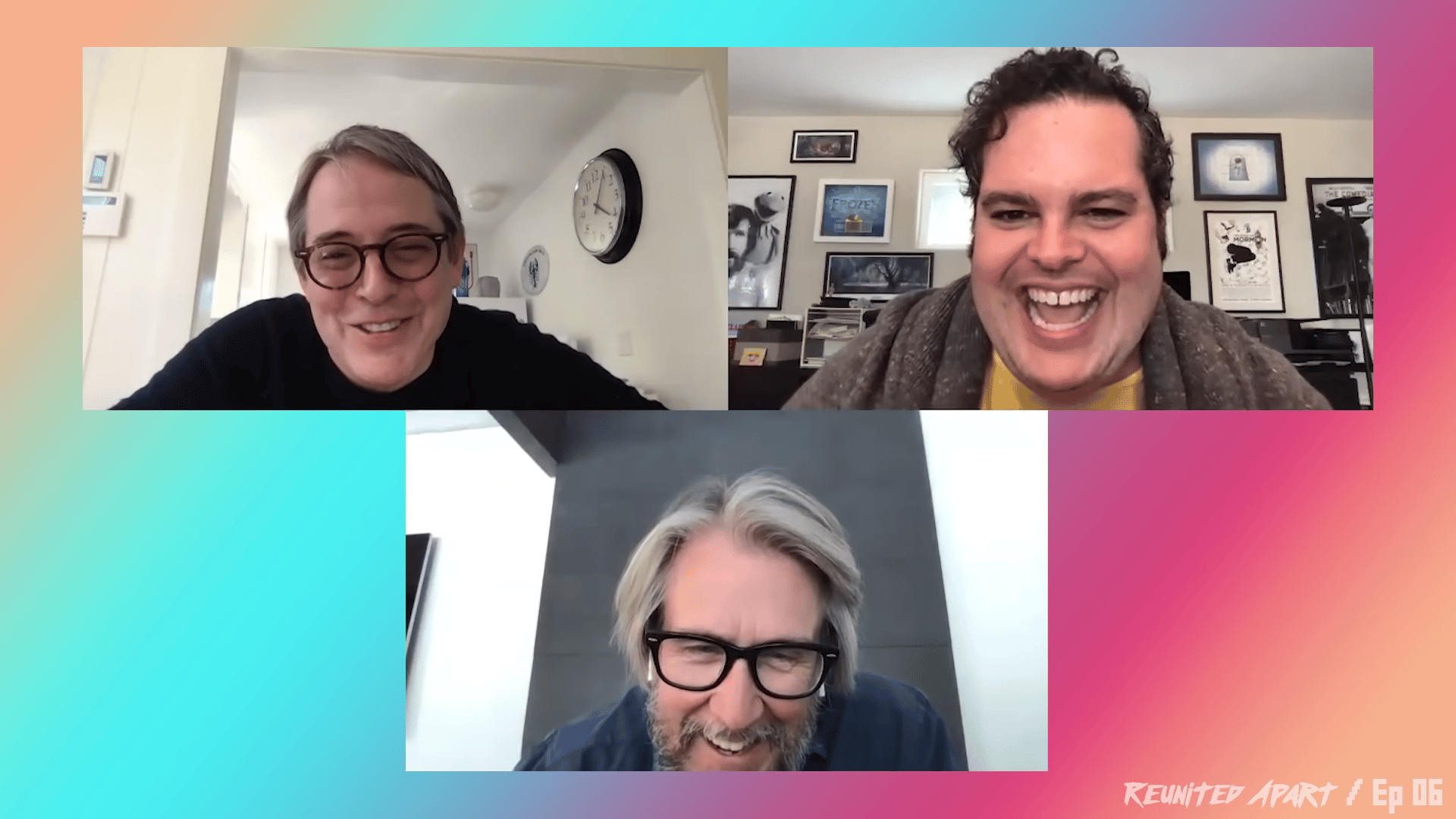 Ruck and Broderick on Reunited Apart with Josh Gad, 2020

Throughout these highs and lows, Ruck’s friendship with Broderick remained. Although both men told Josh Gad in 2020 that they hadn’t seen each other in person for 15 years, Ruck has since told Men’s Health that they’ve met up more regularly since. “We always joke, we say in a previous life, I think he saved my life, and so then he became responsible for me in this life, something like that. I seem to be following him around.”

Happily, recent years have seen Ruck enjoy a high-profile resurgence as Connor Roy in acclaimed TV series Succession, for which he and his co-stars were named Best Ensemble at the 2022 Screen Actor’s Guild awards. Along the way, Ruck has been married twice. From his first marriage to Claudia Stefany, he has two children, Emma and Sam. With his second wife, Mireille Enos, he has two more children: Vesper (born 2010) and Larkin (born 2014). 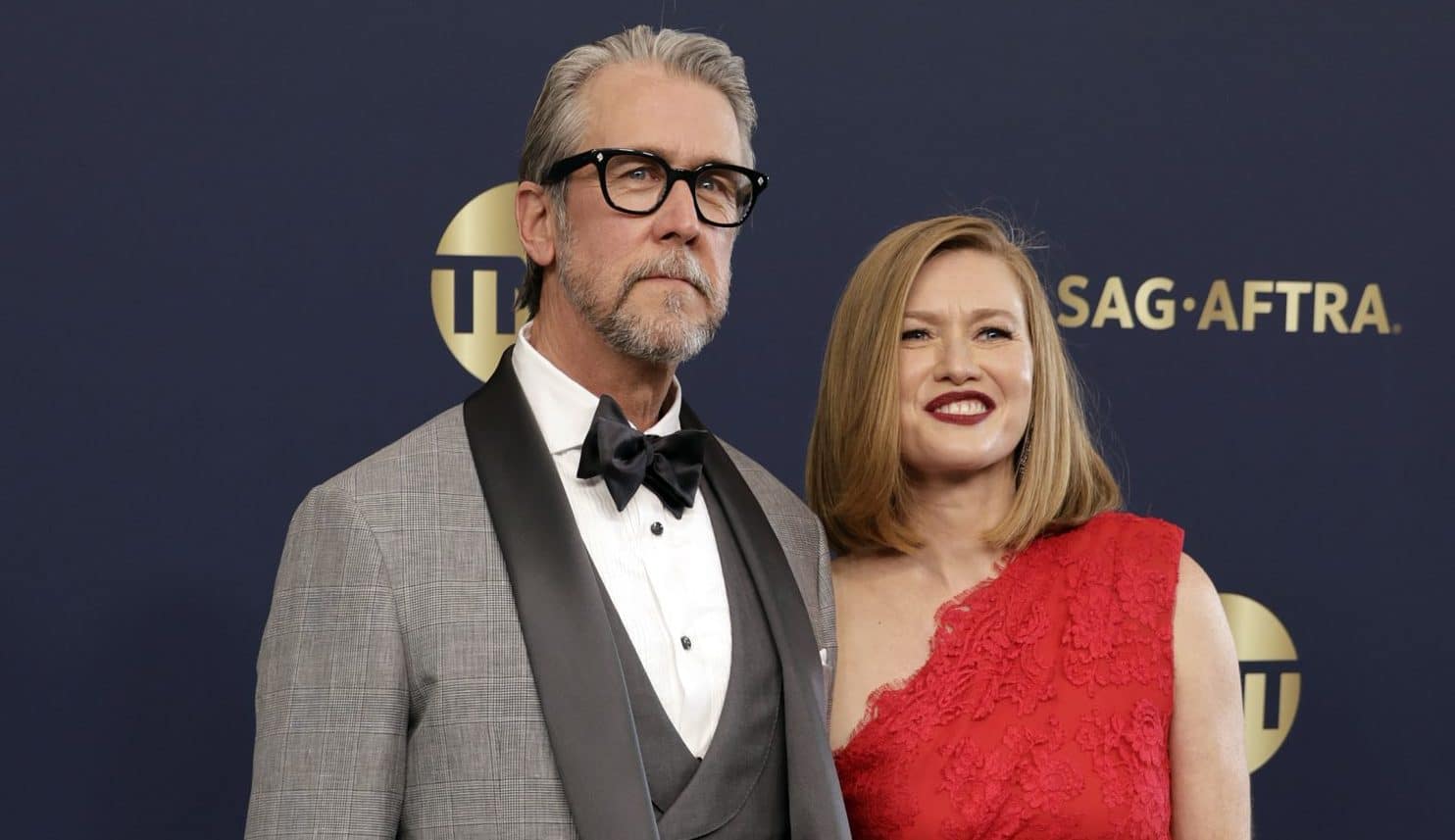 Despite it all, though, both Broderick and Ruck have accepted that no one will ever stop asking them about Ferris Bueller’s Day Off, and speculation of a possible sequel has never gone away.

Ruck has his own particular vision for how Ferris Bueller 2 could play out: “I always thought they should wait until Matthew and I are in our seventies… Cameron’s in a nursing home, and Ferris comes and breaks him out.”