Home and Away Trading Cards! How Many Of These Did You Have? 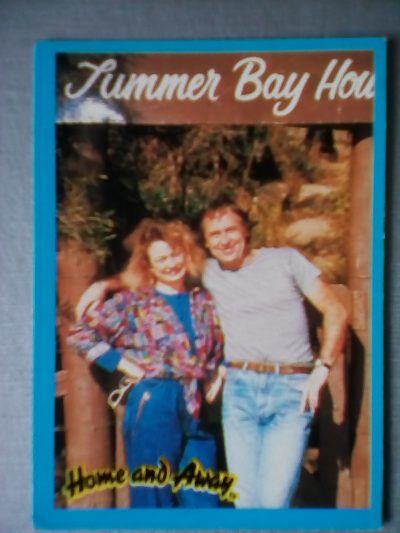 Home and Away! One of Australia’s most successful soap opera’s and one of the longest running. Winning tonnes of awards, including Australia’s Logie Awards (similar to a British Bafta) Australia’s Writers Guild Award, Australia’s Director’s Guild Award, to name but a few! Home and Away reached British shores in the late 80’s, it was an instant hit! With up to 8 million daily viewers! Then it was shown on ITV (ITV1) making it one of their top rated programmes! It was even broadcast twice a day, Monday to Friday, a lunch time and a tea time dosage of all the going’s on from sunny Summer Bay!
Along with their hugely popular programme came merchandise! Collector’s stuff at that!! An 80’s kids dream!! Kids soon got word of Topps Home and Away Official Collection Collector’s Cards 1987, and tradings began!! Photo Cards of all your favourite Summer Bay character’s!
Here is Tom and Pippa Fletcher, husband and wife, played by Vanessa Downing and Roger Oakley. Foster parents, they moved to Summer Bay when Tom lost his job as an accountant in the City. The family, took awhile to be accepted by their new community, but stuck out the hostile reception and soon became apart of the seaside community. The Fletcher’s ran the local Caravan Park. 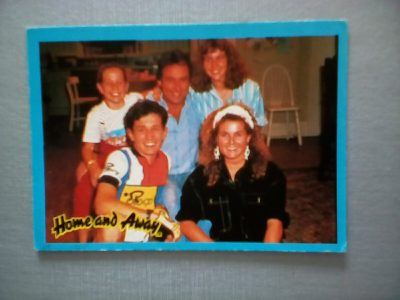 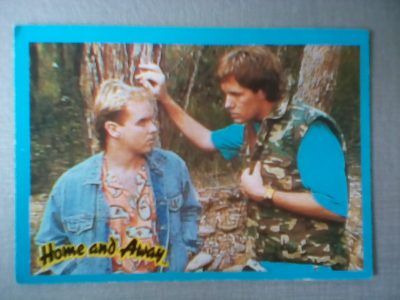 The hilarious Martin Dibble (on left, played by Craig Thompson) and Lance Smart (Peter Vroom). They were like Laurel and Hardy! Ha ha! Especially Lance, who was, as Peter Vroom once described him, as thick as two short planks! This double act worked at an Oyster Farm, and they were often in deep water!! Up to all sorts! Trying to do right, but getting it horribly wrong! In this picture knowing them two they were probably lost in the woods!! Ha ha!! 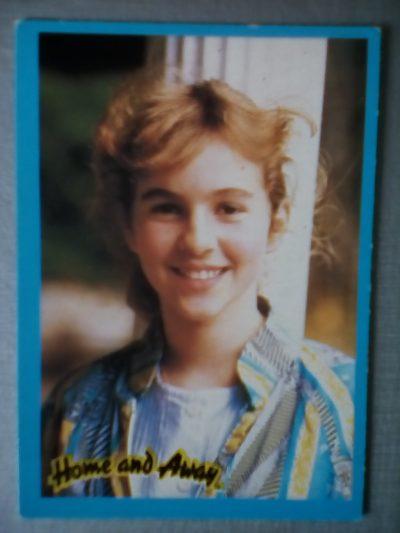 Helena Bozich (Lynn Davenport) joined the Australian Theatre for Young People when she was eight! She was so skilled with her acting that at aged 13, this talented girl won a scholarship with the company, and she never looked back! Helena did modelling work, appeared in many adverts, and the big break came with the role of Lynn, in Home and Away! 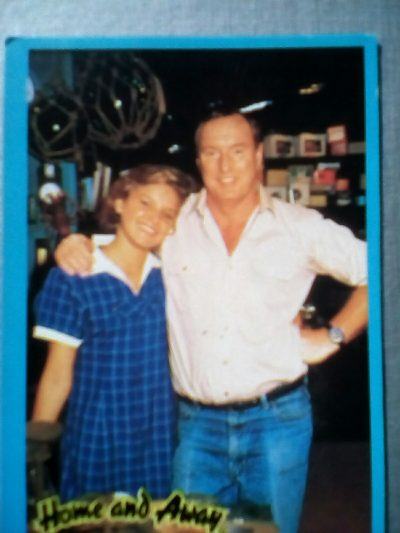 Ruth ‘Roo’ Stewart and her very protective, but very adoring, Dad, Alf. (Played by Justine Clarke and Ray Meagher) Then Alf was a very successful business man, owning four successful enterprises in Summer Bay! But when his wife died, in a tragic drowning accident, it hit Alf very hard, he was devastated and let his business work slide some what. Later when he had a new romance with Ailsa Hogan, Roo found her very difficult to accept! 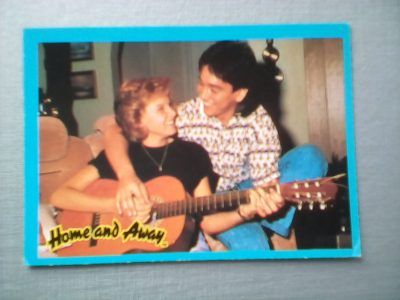 Roo with her boyfriend Frank Morgan (Alex Papps). Frank was the first character to appear on our TV screens, in the first scene in Home and Away!
The relationship between Roo and Frank had many ups and downs! With Alf always keeping an eye on his beloved daughter! 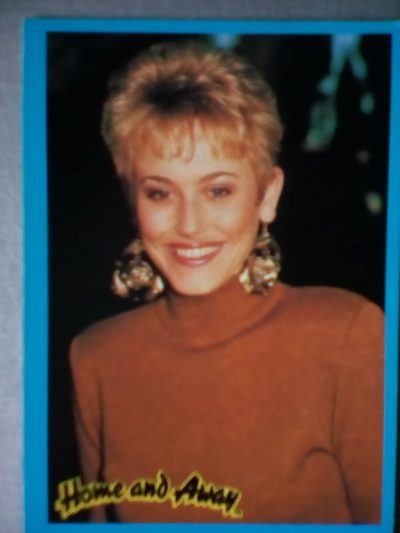 The cold hearted business woman, Stacey Macklin! Played by actress, Sandie Lillingston. Sandie was already a well known face when she took to the shores of Summer Bay. Appearing in Mad Mad – Beyond The Thunderdome, with Mel Gibson and Tina Turner! She was the lead role in Sweet and Sour, and a guest star in Country Practice. Business woman Stacey was one tough cookie, who we loved to hate! 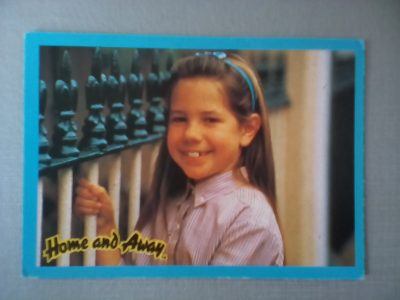 Little Sally Fletcher! Was the youngest of Tom and Pippa Fletcher’s foster children. Played by Kate Richie, who was already a pro in the acting world before the role of Sally Fletcher came along! Aged eight she won the leading role in the mini series Cyclone Tracy. She also had numerous adverts under her belt too! 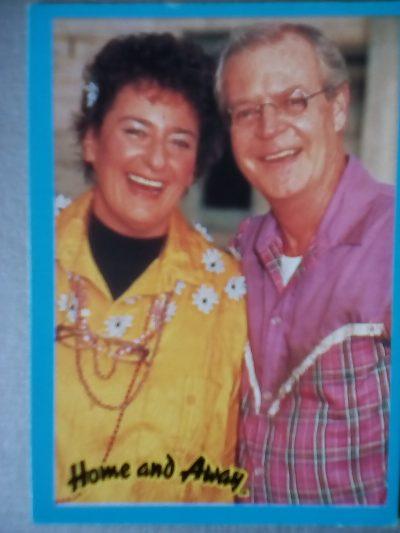 Who could forget Floss and Neville!! These guys once enjoyed life on the carnival circuit, travelling all around Australia! When they retired, they continued to live in their old caravan in Summer Bay. Floss and Neville (Sheila Kennelly and Frank Lloyd) did love to have a good old bicker! But after being together for over 35 years, under all the bickering they were devoted to each other! Awww! 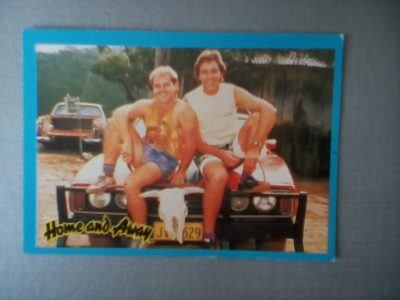 Martin and Lance. Most probably planning their next venture! Or planning how to get out of which ever last venture went wrong!!

These Home and Away trading cards were often traded in the school playground! Swap an Alf for a Tom! Or a Sally for a Floss and Neville!! And naturally talk about the latest drama from the goings on from down under!! And there was always plenty of drama from Summer Bay!