8 Hilarious 1980s TV Ducks Who Always Quacked Us Up

If you’re someone whose formative years took you through the fantastic decade that was the 1980s, then you may be rather eggcited to learn how important a particular feathered animal was to your upbringing.

Because whether they were supporting children’s TV presenters, being voiced by talented ventriloquists or starring in their own series as a money hungry miser or a terrifying vampire, it would take a lot more than two webbed feet to count how many ducks were on our childhood TV screens.

So without further eggsplanation, below are eight hilarious 1980s TV ducks who never failed to quack us up. 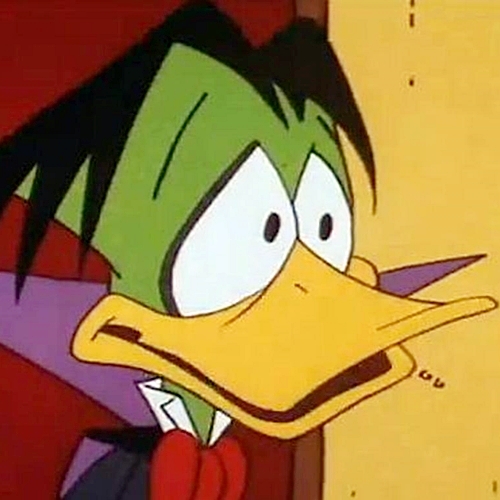 Originally a recurring villain in the popular 80s animation Danger Mouse, the dastardly Count Duckula was eventually handed his own 65-episode spin-off show, which aired from 1988 until 1993.

As his catchy theme tune informed us, this terrifying Transylvanian count “won’t bite beast or man ‘cause he’s a vegetarian,” but despite his desire to avoid meat the adventures of Count Duckula were always utterly fangtastic. 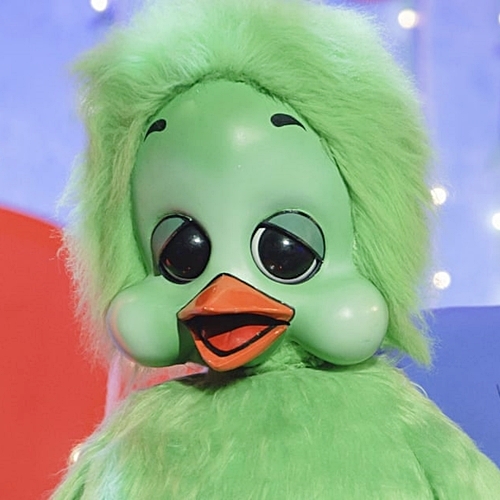 Taking centre stage on The Keith Harris Show with his dreams of one day being able to fly, Orville the Duck is by far the cutest of our feathered friends on this eggcellent nostalgic countdown.

Brought to life by the ventriloquism skills of the late entertainer Keith Harris, not only did Orville’s feet never leave the ground, but he was constantly being berated by the duck-hating orange monkey Cuddles. 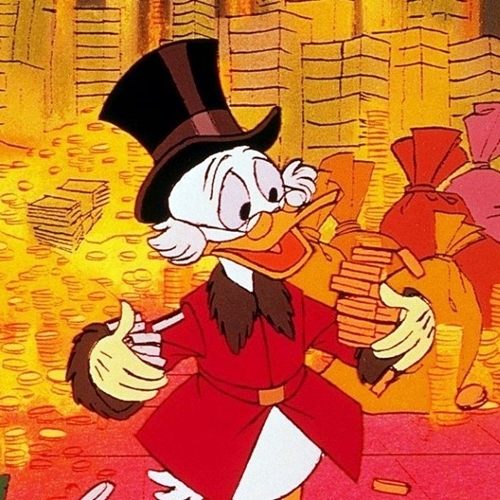 We could have chosen Donald, Daisy, Huey, Dewey, Louie or even Darkwing, such is the array of feathered talent in the world of Walt Disney, but when it came to representing the 1980s we simply had to choose the main character from one of our favourite animated TV shows of all time.

Scrooge McDuck of course starred in DuckTales (woo-oo!), a popular animated Disney series that originally ran for 100 episodes between 1987 and 1990. The show followed Scrooge and his aforementioned grand-nephews Huey, Dewey, and Louie as they sought out various priceless treasures on their weekly globe-hopping adventures. 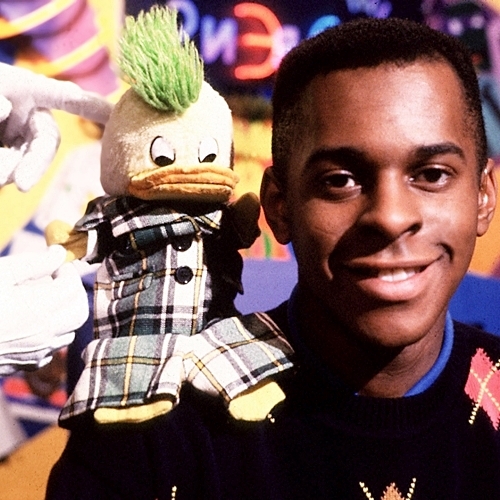 Replacing Gordon the Gopher when Andy Crane began his stint as presenter of the CBBC’s Broom Cupboard, our favourite cute, yellow puppet duck was initially called Ed before someone inexplicably decided to add another ‘d’ to his name.

Edd the Duck stayed put when Crane was replaced by Andi Peters in 1989, but would later be outed to herald the arrival of Josie D’Arby and the incredibly annoying Otis the Aardvark. 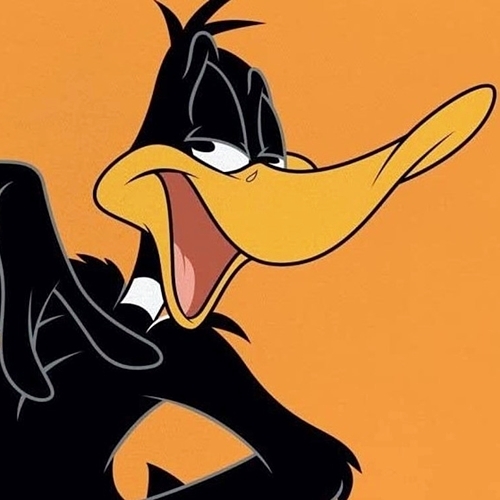 Created by Warner Bros. all the way back in 1937 and first appearing in the Looney Tunes cartoon Porky’s Duck Hunt, Daffy Duck has stayed popular with children over a number of different generations.

It was during our 80s childhood, though, that this anthropomorphic black duck was finally awarded his own show, with The Daffy Duck Show running for two years before being renamed The Daffy/Speedy Show for another two years when Daffy was paired with “the fastest mouse in Mexico”, Speedy Gonzales. 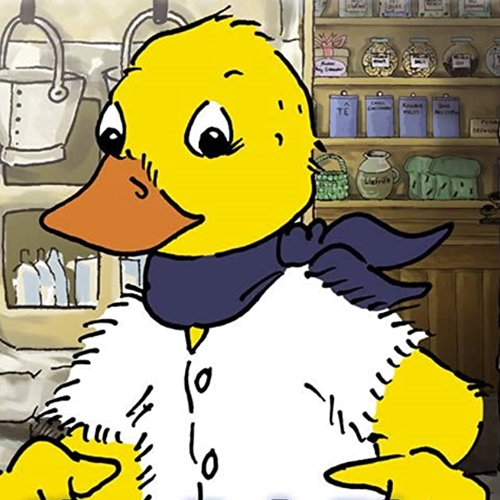 Called Wil Cwac Cwac when he first hit TV screens in a 1982 Welsh language cartoon, this particular duck started out as a character in a series of children’s books that were written in the early 1930s.

Supported by his dad Hwmffra, mum Martha and friends Sioni, Huw, Dic and Ifan, Will Quack Quack – a name he was given when an English language version of his show was created – might just be a 1980s TV duck you had completely forgotten about. 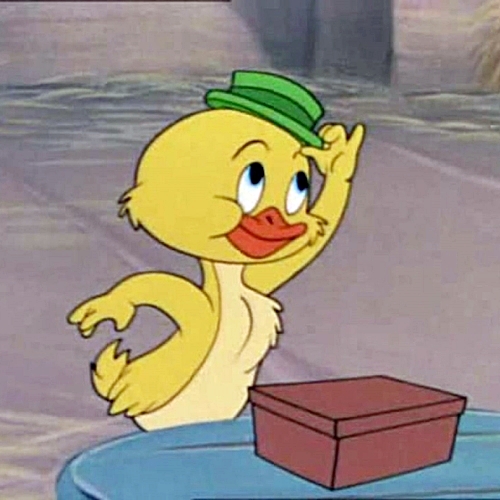 Perhaps introduced so that Jerry the mouse wouldn’t have to be chased by Tom the cat in every single episode of the legendary Hanna-Barbera series Tom and Jerry, Quaker was occasionally joined by the even cuter Little Quacker.

Quacker – who talked rather a lot compared to most of the characters in the classic cartoon – appeared in a number of Tom and Jerry episodes, including Little Quacker, Southbound Duckling, Happy Go Ducky and The Vanishing Duck. 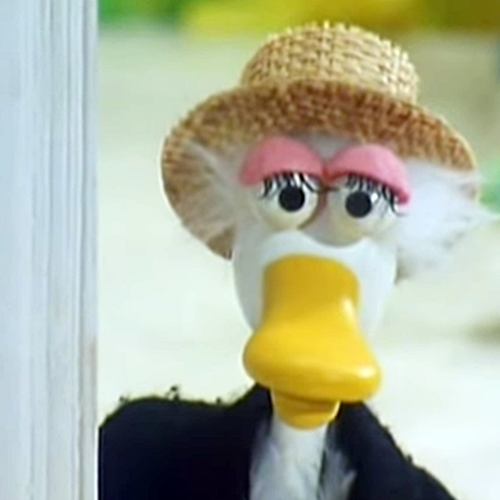 A small duck with something of a temper, Louis T. Duck (the ‘T’ simply stands for ‘The’) was an impatient but friendly character in the 80s stop motion children’s show Charlie Chalk.

Produced by the same people who brought us Postman Pat and Bertha, Charlie Chalk was on our screens for just 13 episodes between 1988 and 1989.