Nothing beats the feeling of uncovering a hidden level in a video game after hours and hours of gameplay. Finding secret areas often takes a lot of patience and skill, as pesky developers embed these elusive levels deep within the game. However, we’ve made everything easier for you, by collating some of the most fun and interesting hidden levels in gaming – happy finding!

20. Luau level in ToeJam And Earl 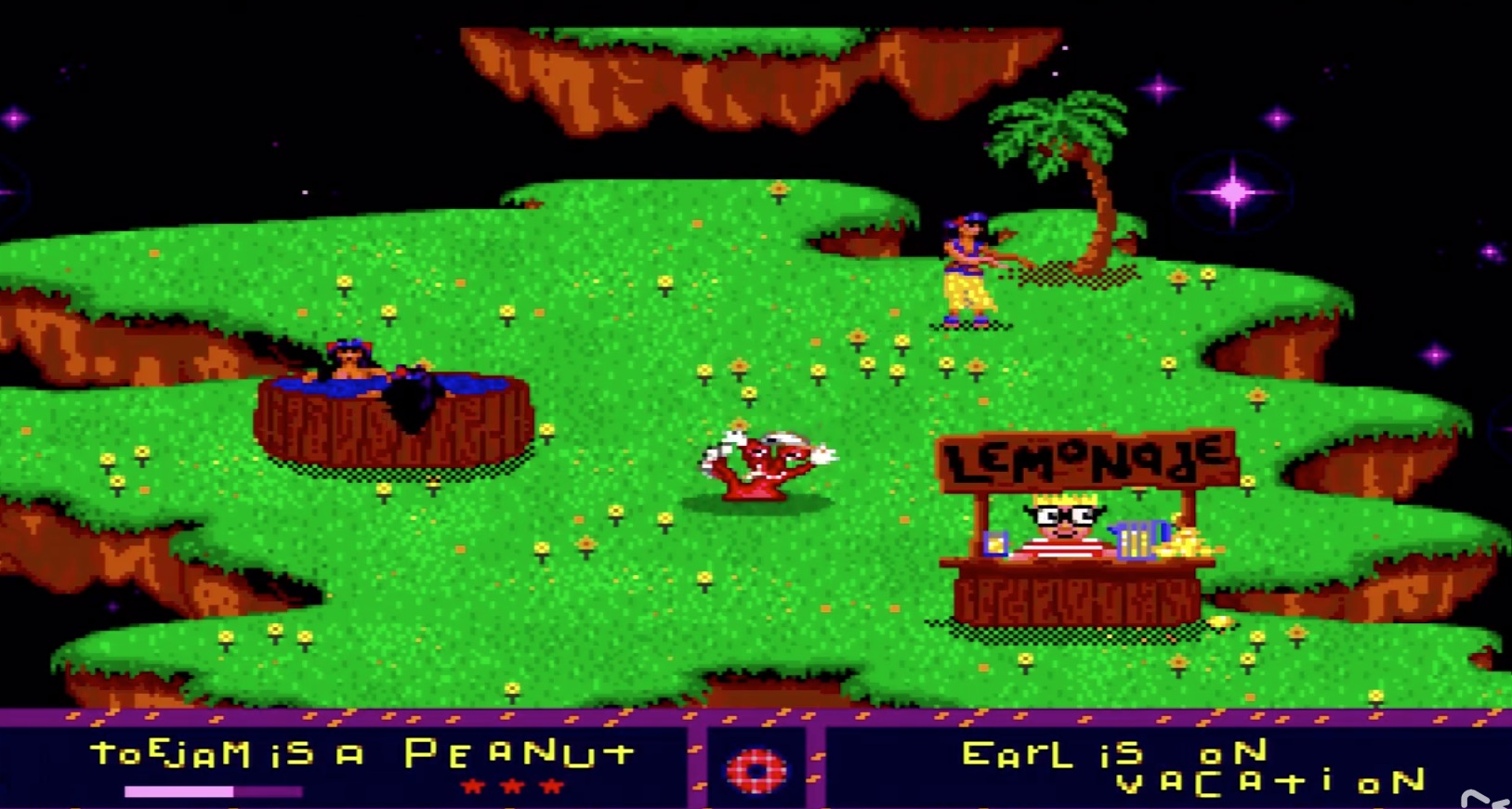 With a bit of luck, in the first ToeJam and Earl game, you can access a secret ‘luau level.’ If you acquire Icarus Wings, it’s possible to fly off the bottom left corner of the Level 1 island all the way to ‘Level 0,’ or the luau level. Aside from getting an extra life from the lemonade stand, the level itself is pretty pointless. However, you can hang out with some hula dancers who are relaxing in a hot tub!

19. The retro nightmare in Wolfenstein: The New Order 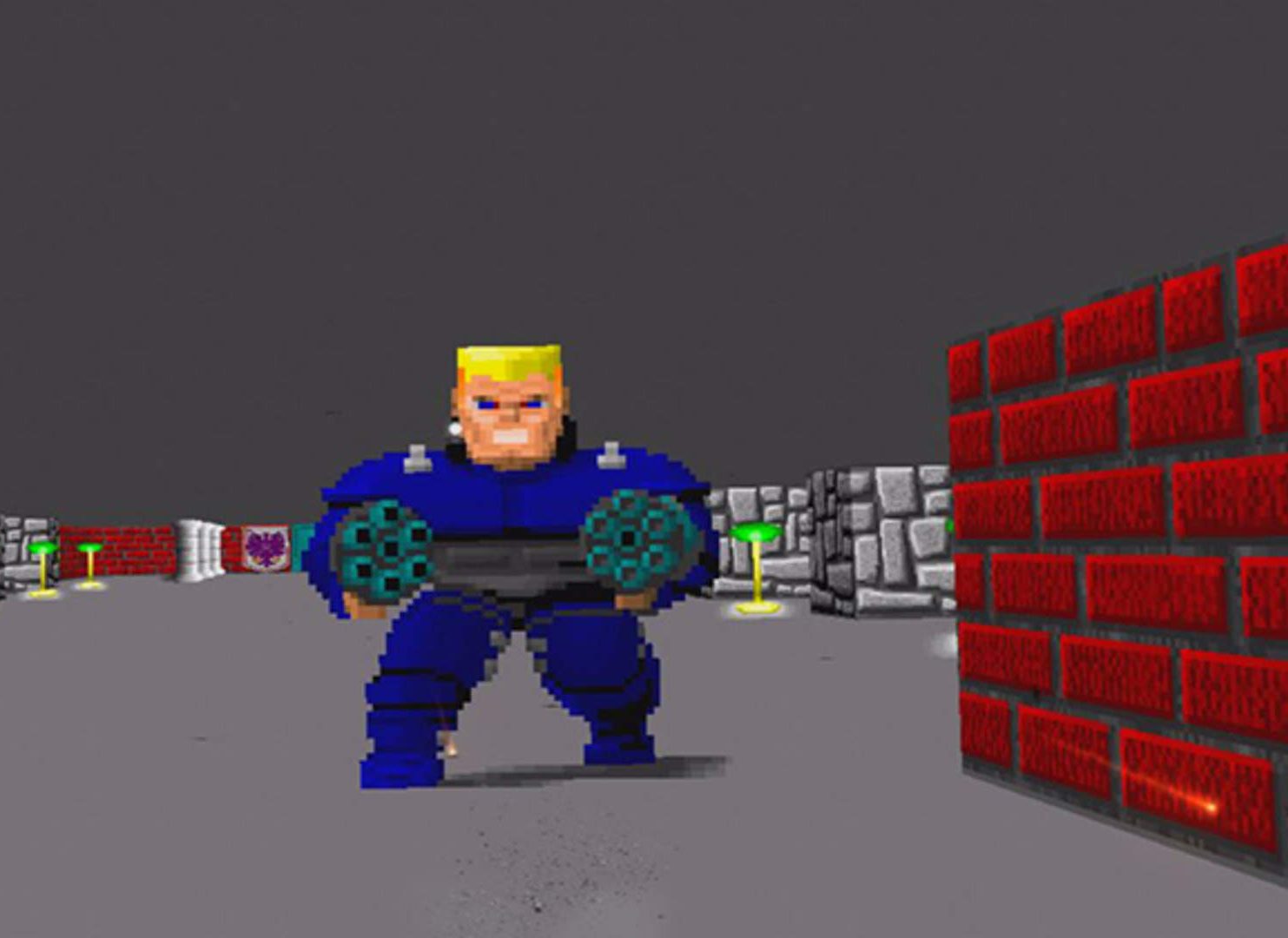 The 2014 game Wolfenstein: The New Order paid homage to its 90s predecessors with the inclusion of a secret level. At multiple points, your character, BJ Blazkowicz, could take a nap, waking in the middle of a retro nightmare. The graphics and gameplay perfectly matched the classic 1992 edition of the game and saw the main character revisit his experiences in 1945, attempting to stall the Nazis’ creation of an army of undead soldiers. 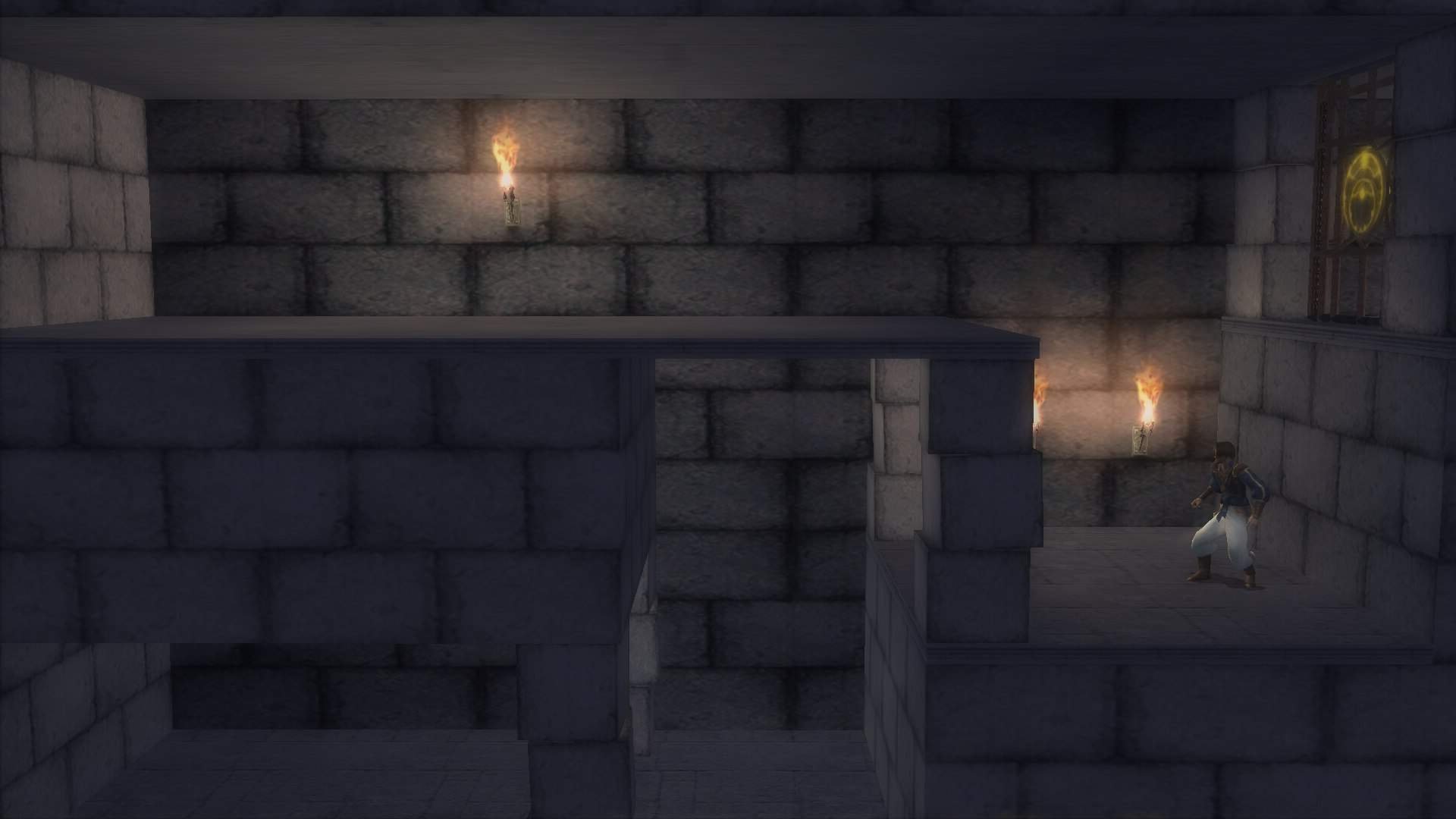 Prince of Persia: The Sands of Time was a solid successor to the hugely popular original action-adventure game. It included a secret level, accessed by pressing a series of keys while on the main menu screen. Based on the first Prince of Persia, the hidden level had a concealed picture of the game developers and rewarded players with a shiny new sword upon completion. 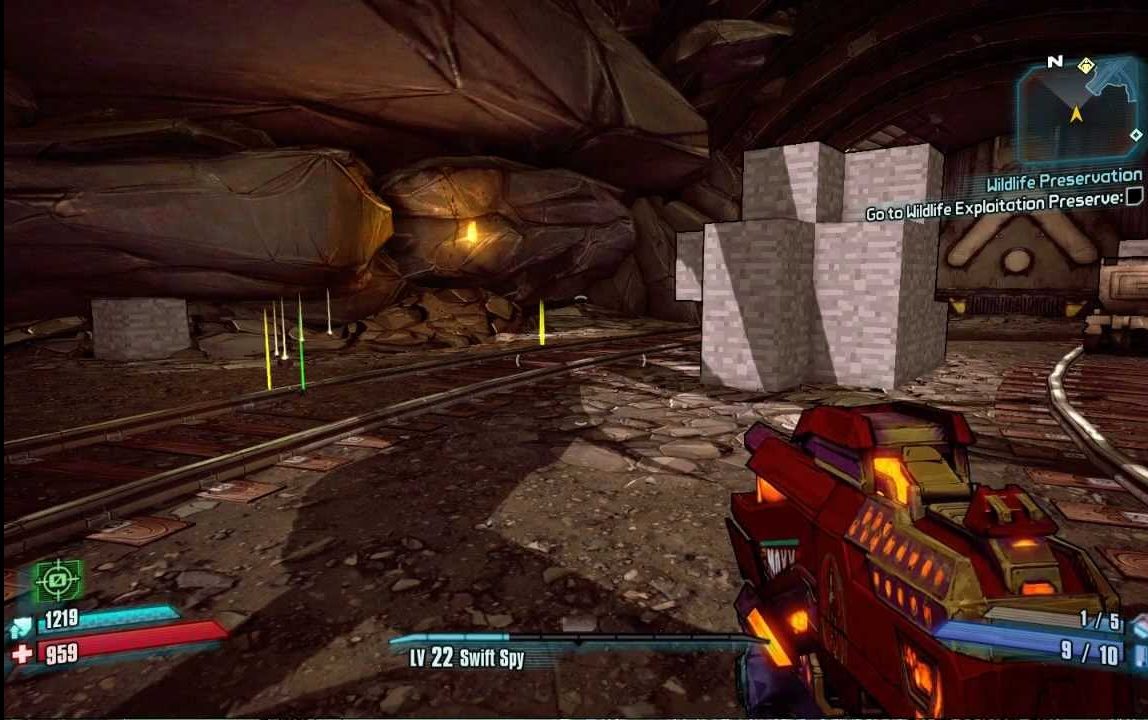 If you head to the northwest corner of the Caustic Caverns area in Borderlands 2, you’ll notice some carts on two mine tracks. If you proceed to follow the track on the right-hand side, you’ll eventually come across some dirt blocks. Smash them and soon enough you’ll find yourself in the game’s hidden Minecraft level, which allows you to battle a creeper and collect a Minecraft skin, gold and Eridium. 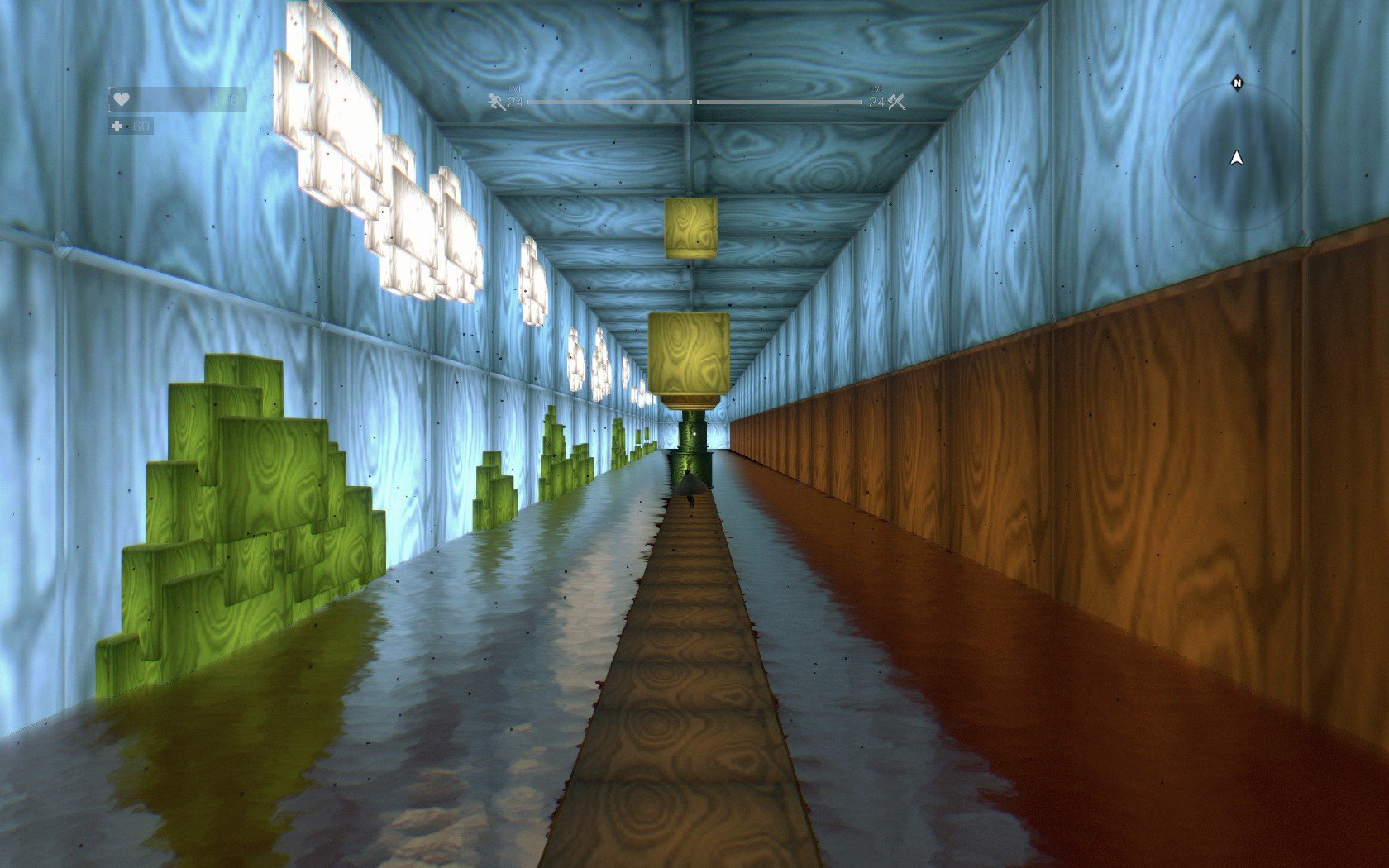 It seems odd that a survival game like Dying Light would feature a secret level dedicated to Mario, but it’s actually pretty easy to find. Traverse the rooftops of Old Town and head towards the large brick building on the south side, and you see a tiny green pipe inside a chimney. Slide down, and you’ll be transported to a Mario-inspired level, allowing you to take a break from the stress and enjoy some whimsy instead. 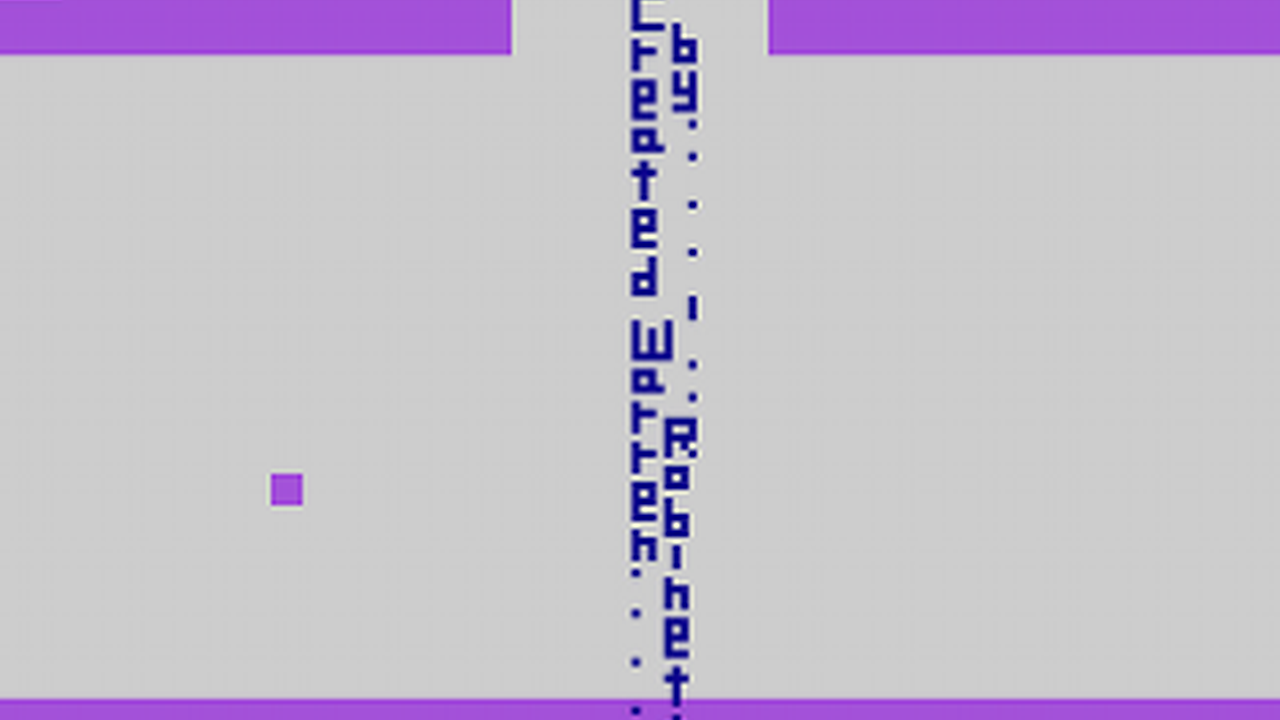 The 1980 Atari 2600 game Adventure was likely the first ever video game with a hidden level. Back in the 80s, game developers weren’t encouraged to take credit for the games they produced, so creator Warren Robinett came up with a workaround. Robinett credited himself deep within the code for Adventure, hiding his name where it could only be accessed if you collected a near-invisible dot which acted as a key.

14. The Painted World of Ariamis in Dark Souls 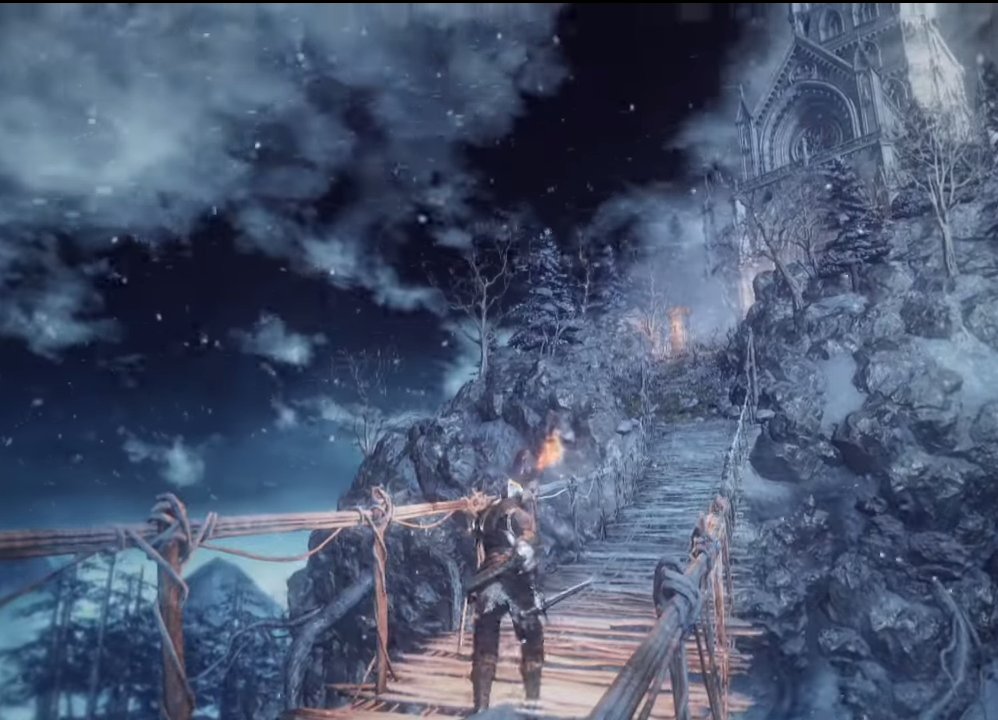 Dark Souls has been praised for its intricate level design and The Painted World of Ariamis level is another stellar example. To enter this level, players must go right back to the beginning of the game and retrieve a doll that belongs to Priscilla. If you take out and clutch the doll in front of the large painting in Anor Londo, you’ll be instantly teleported to the Painted World of Ariamis, which has new enemies and a near-impossible boss to beat. 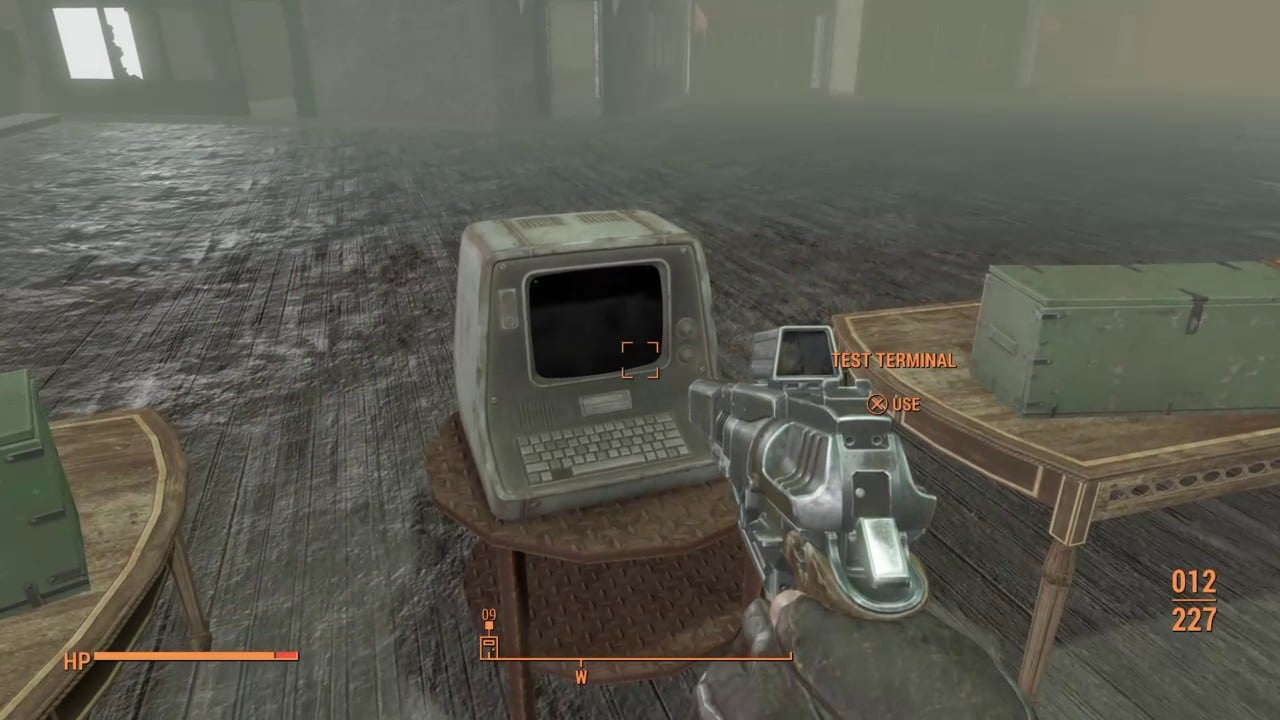 This secret area in Fallout 4 can only be accessed on a PC. To get there, press the tilde (~) key to bring up the console commands prompt. From there, simply type in “COC QASMOKE.” If done correctly, you’ll be transported to a secret room full of all the items in the game, from weapons and armour to novelty bobbleheads. Whether you think taking the items spoils the gaming experience or improves it is up to you. 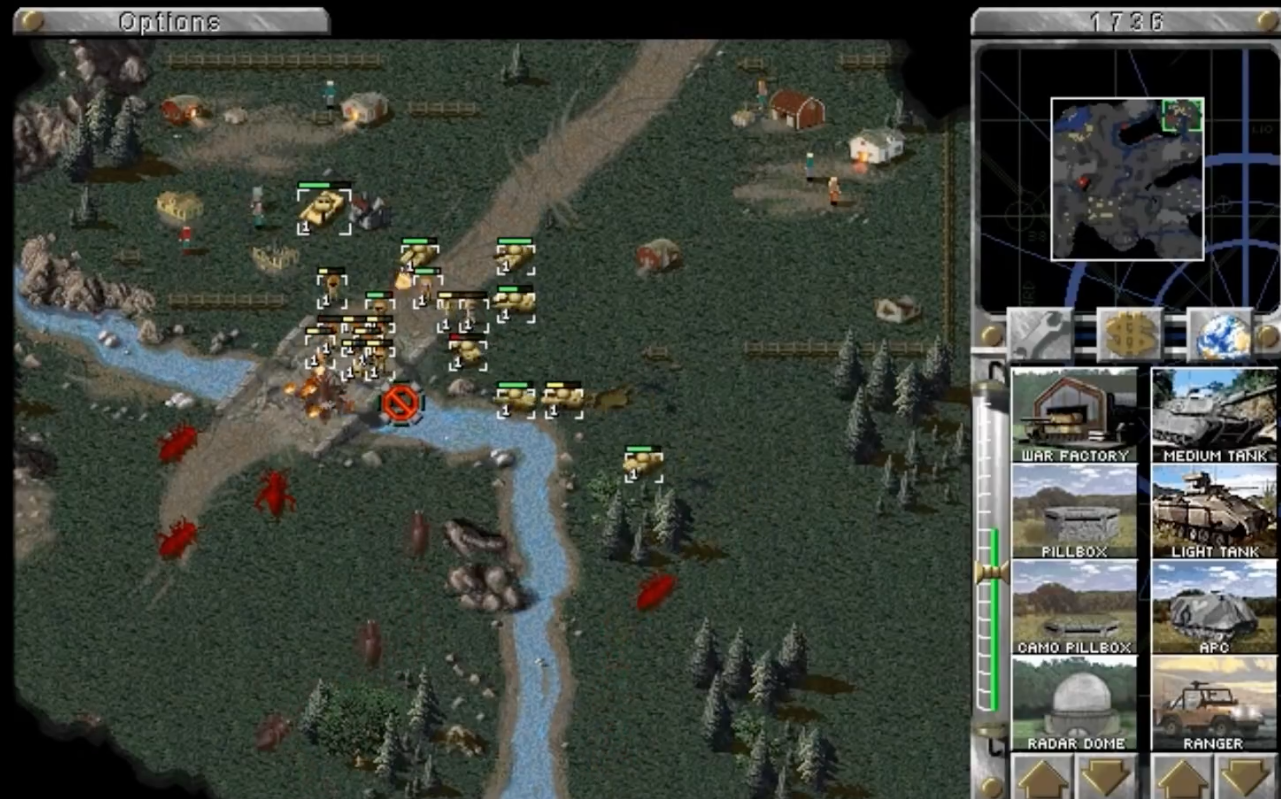 The giant ant level in Command & Conquer: Red Alert was the stuff of legend in school playgrounds back in the 90s, as it sounded too ridiculous to be real. Nevertheless, you could unlock the infamous level by holding down the shift key and clicking the main menu’s speaker icon. The ensuing four missions involved taking out an army of giant ants, which were notoriously vicious and could wipe your forces out in seconds. 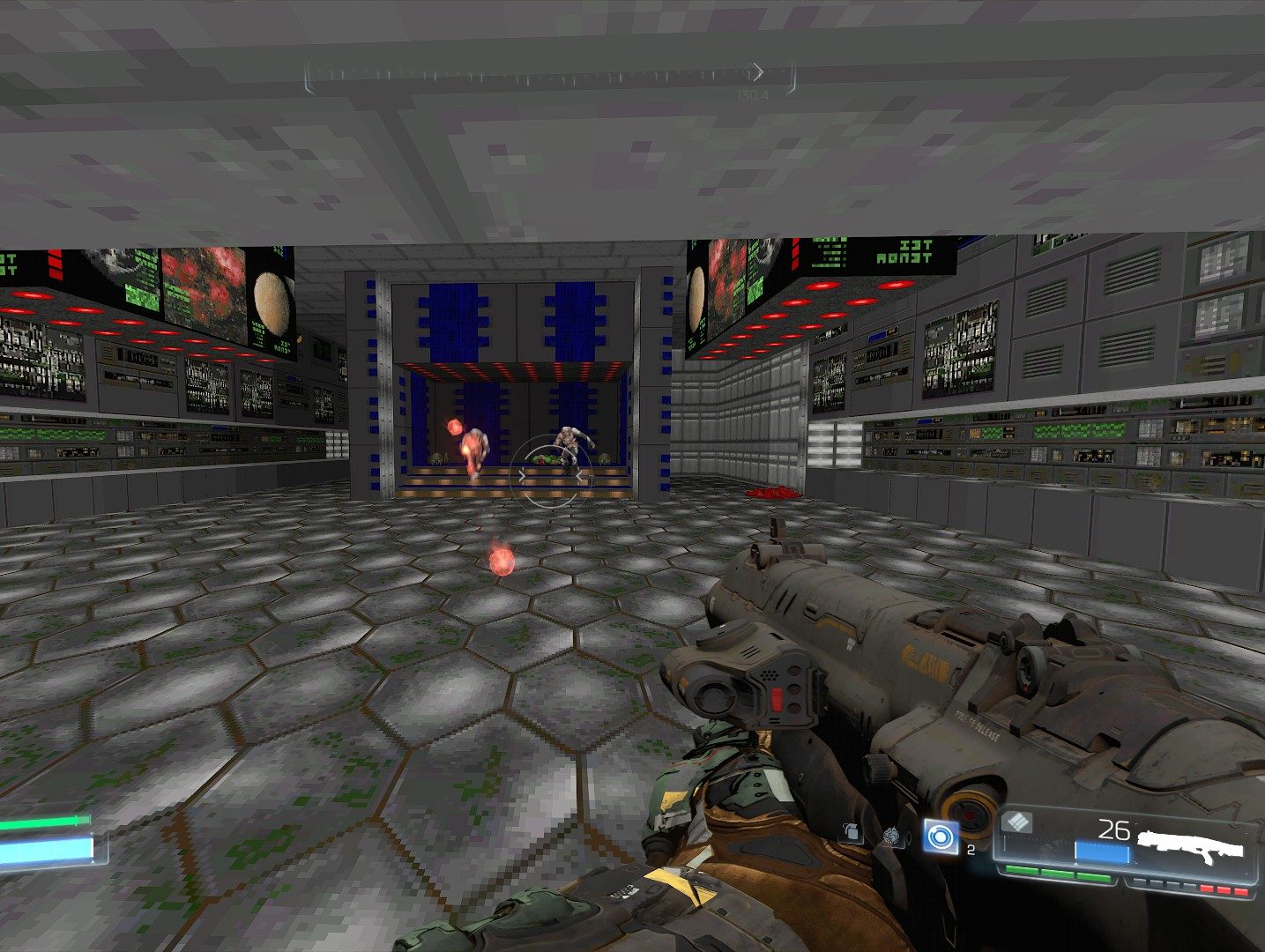 If you know where to look, you’ll be able to find 13 secret levels scattered throughout the 2016 edition of Doom, harking back to the original game. Once found and completed, these missions can be accessed from the start menu, and give new fans a chance to experience what it was like to play through the original game. For elder fans, the hidden levels were simply a fun hit of nostalgia. 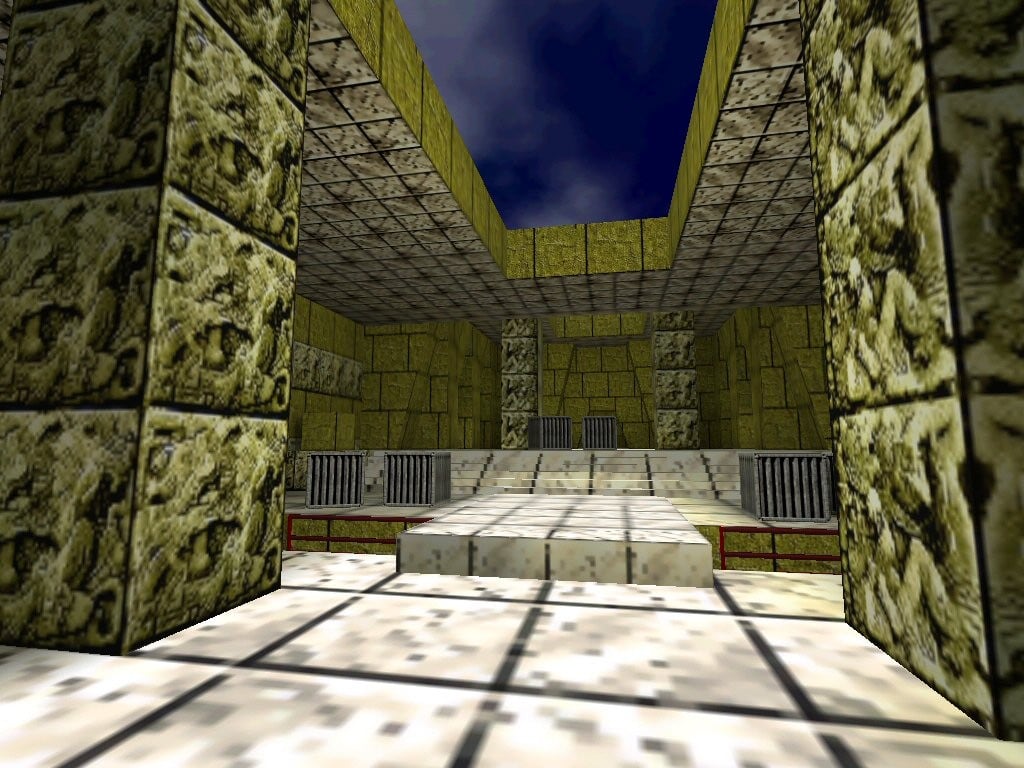 This 1997 adaptation of Pierce Brosnan’s first Bond movie is fondly remembered as one of the best-ever first-person shooter games. If you complete the game on the ‘Secret Agent’ difficulty level, you’ll unlock another mission and gain access to the secret 19th level – Aztec. Based on the classic Bond film Moonraker, Aztec is considered by many to be the toughest level in the whole game. Good luck! 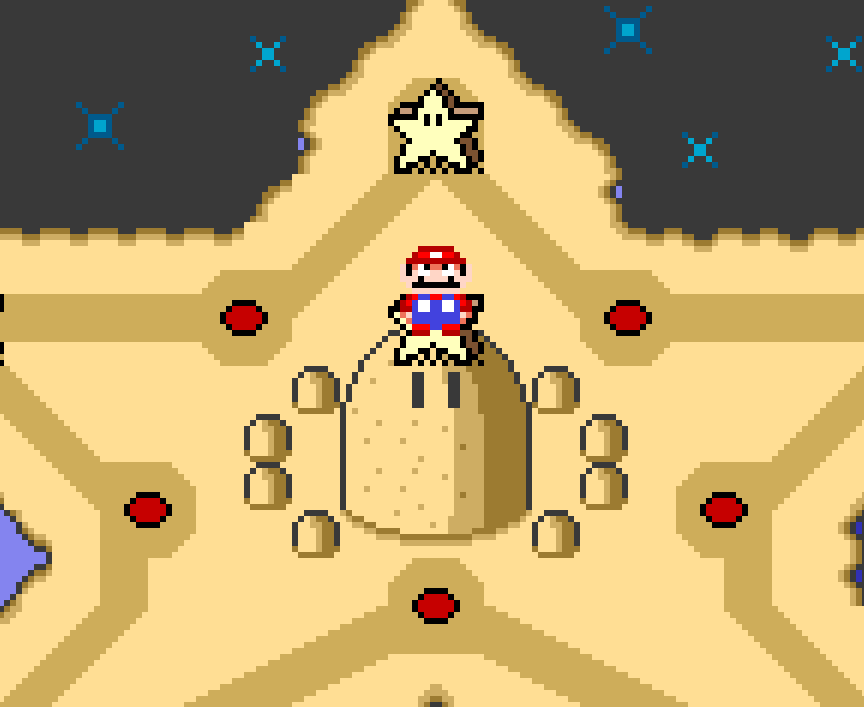 Launched in 1990 for the SNES, Super Mario World is packed full of secret levels. Arguably the most extensive is ‘Special World,’ the ninth and final area in the game. It can only be accessed after completing ‘Star World’ and taking a secret exit from Star World 5. Special World is home to some of the most challenging levels in the whole game. 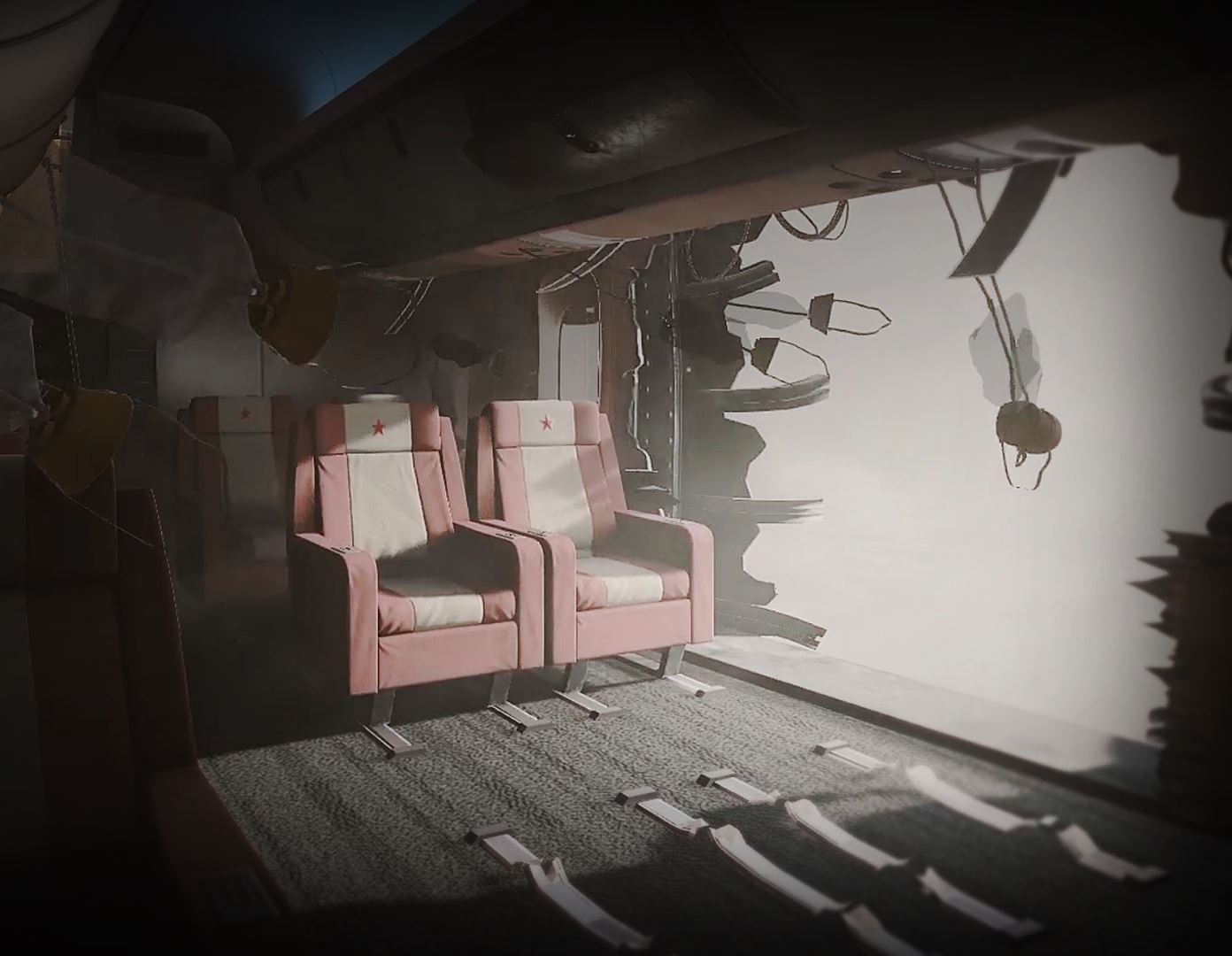 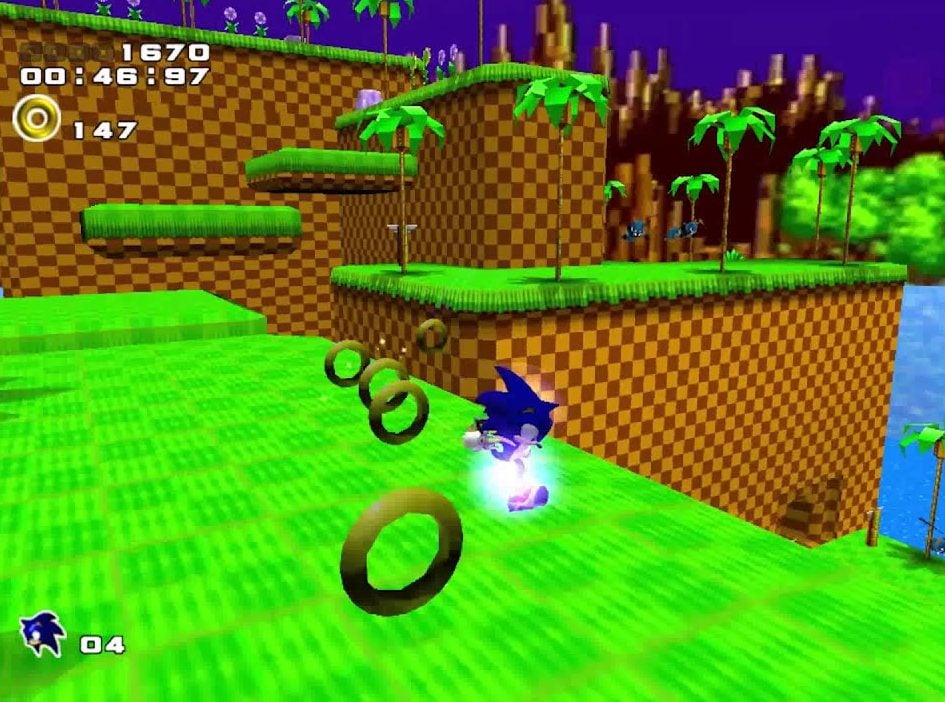 Sonic Adventure 2 was the last Sonic game produced for the Dreamcast before Sega withdrew from the console market altogether. This historic video game harbours a secret level that is so well-hidden, it was initially thought to be a myth. The level is a 3D remake of the Green Hill Zone from the original Sonic, but you’ll need to beat the Chao challenges, complete every mission in every stage, and get an A rank on everything to access it. 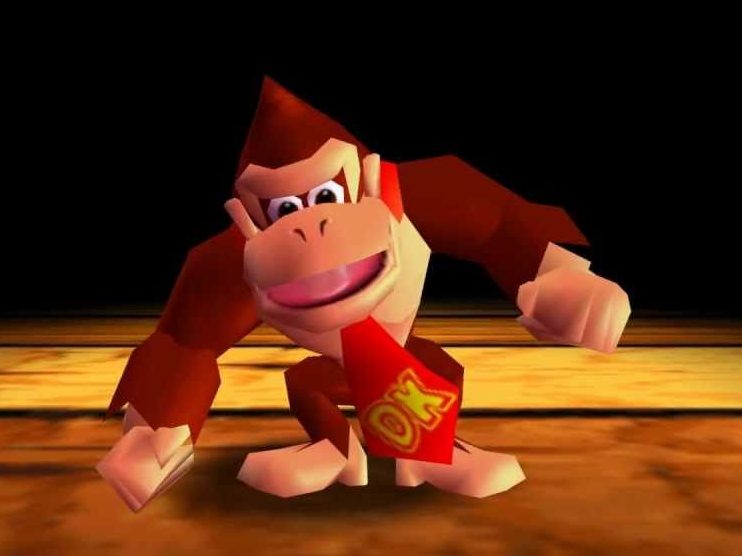 This 1999 Nintendo 64 title was the first game featuring Nintendo’s iconic ape with 3D gameplay. A secret level can be found by collecting all of the Blueprints, going to Snide’s HQ, bringing up the Bonus Menu, highlighting any of the mini-games, and then pressing A and B simultaneously. If you did it right, you’d find yourself in a strange room with no music and a motionless clone of Donkey Kong. If you walk into the dark space beyond the borders, you will reappear back inside the room again. Spooky! 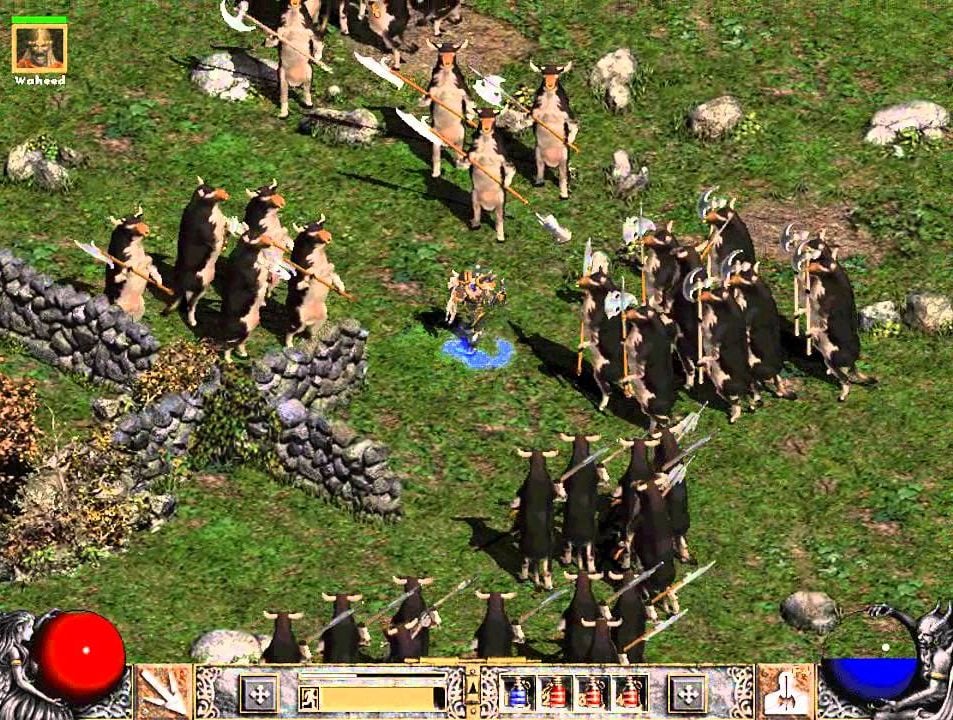 Back when the first Diablo was released, rumours circulated that claimed the game had some sort of secret cow level. While this was proven to be just a myth, Blizzard did turn the idea into reality in Diablo II, where players are able to access it after completing Act V of the game. If you then combine Wirt’s Leg and a Tome of Town Portal in the Horadric Cube as they stand in the Rogue Encampment, a red portal will appear. You must then defeat the boss before entering the secret cow level which is, unsurprisingly, packed full of cows.

4. Inverted Castle in Castlevania: Symphony of the Night 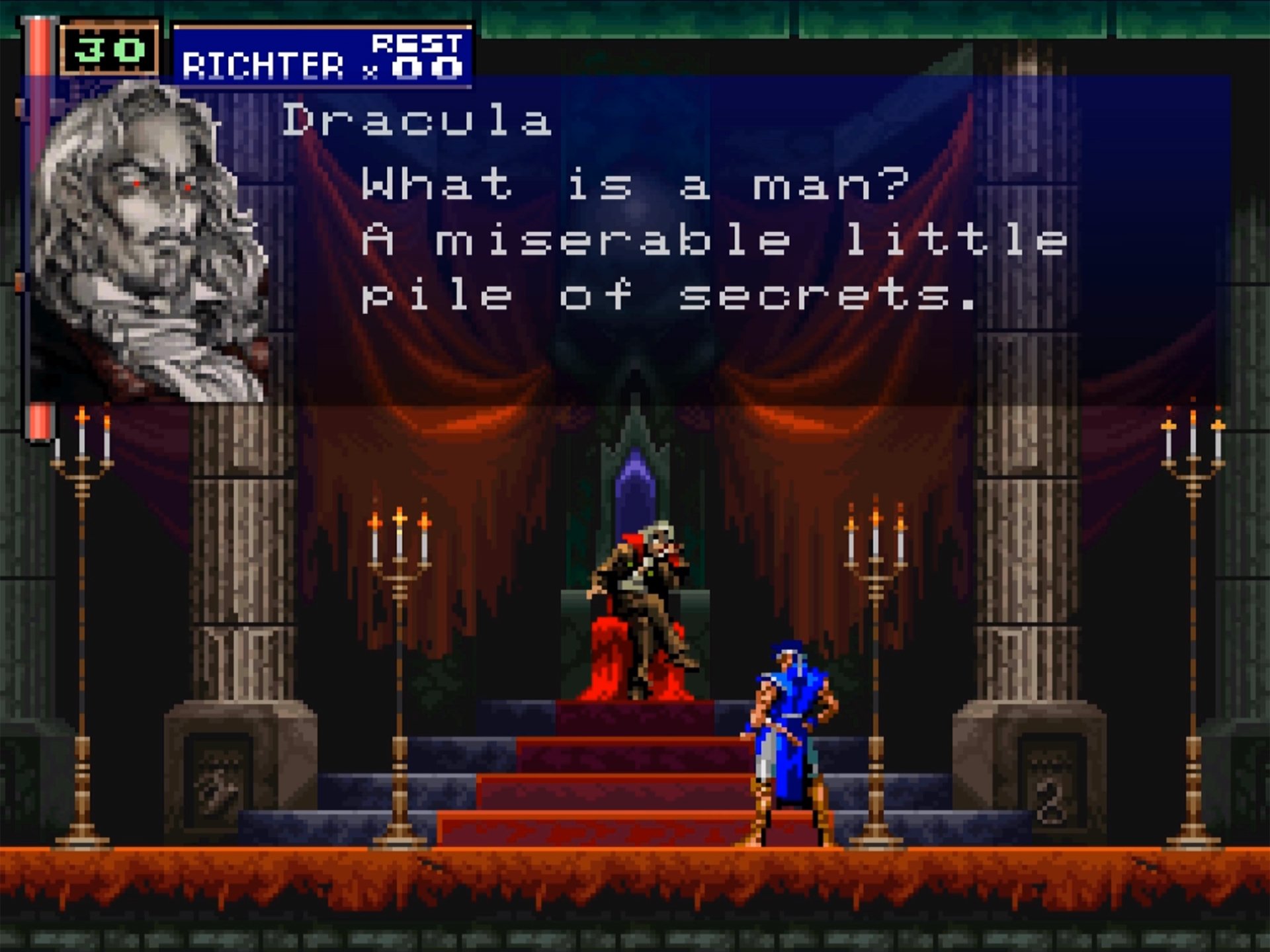 Released for Playstation in 1997, the tenth entry in the long-running horror-themed adventure franchise contains a secret level which literally turns the whole game on its head. First you have to collect a pair of glasses and defeat an orb but, after that, the game will surprise you by flipping the entire castle upside-down. This level is not easy to navigate; not only do you have to reorientate yourself, but the enemies awaiting you in the newly-inverted castle are even tougher than unusual. 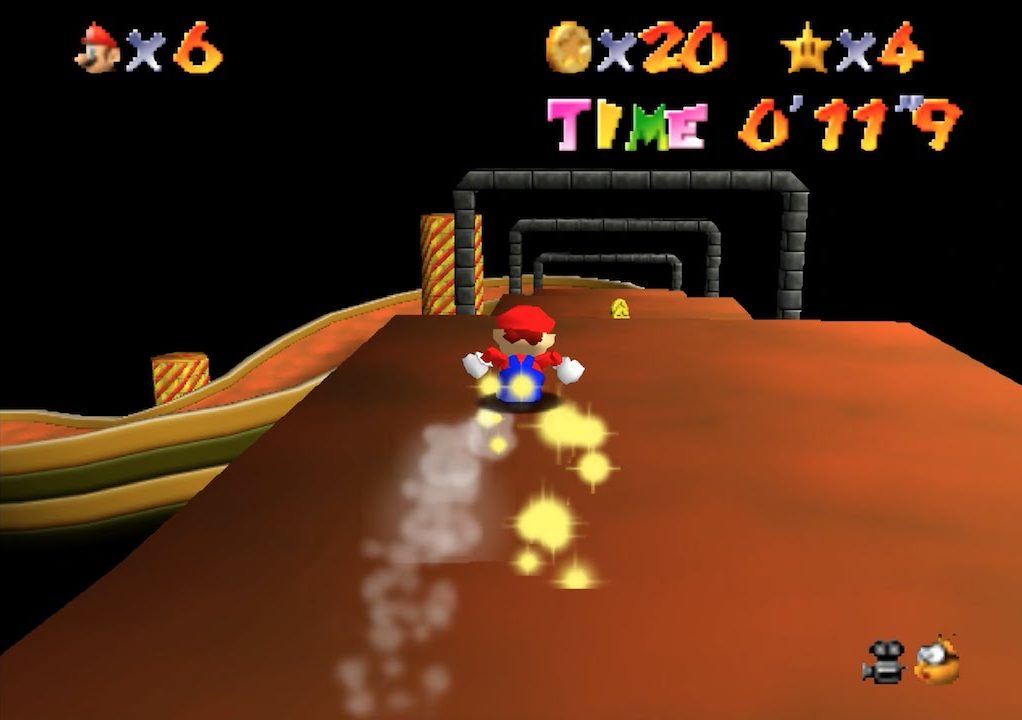 1996’s Super Mario 64 was a big step forward for Nintendo’s iconic franchise, moving the platform game into three dimensions. Princess Peach’s secret slide is one of three secret levels in the game, and can be found by going through the right of two stained glass windows in the castle. The level is essentially one great big slide covered in coins, which sounds like heaven for Mario fans, and if you complete the slide in under 21 seconds you’ll be able to nab a bonus star too! 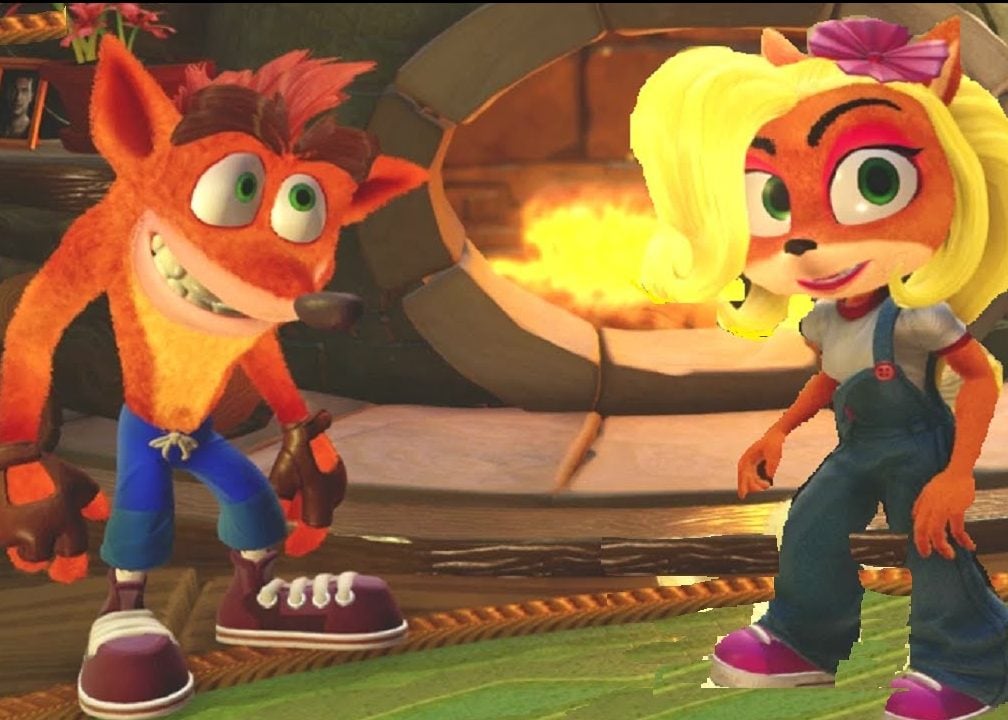 Released in 1998, Crash Banidcoot 3: Warped was the third game in the popular Playstation series. The game’s elusive Hot Coco level can only be accessed via the dirt bike level, by driving slowly on the left side of the road and knocking over a yellow sign with an alien on it. There is both a gem and a relic available for collecting in this hidden level, so you’ll need to smash every crate and complete the level as fast as possible to win both. 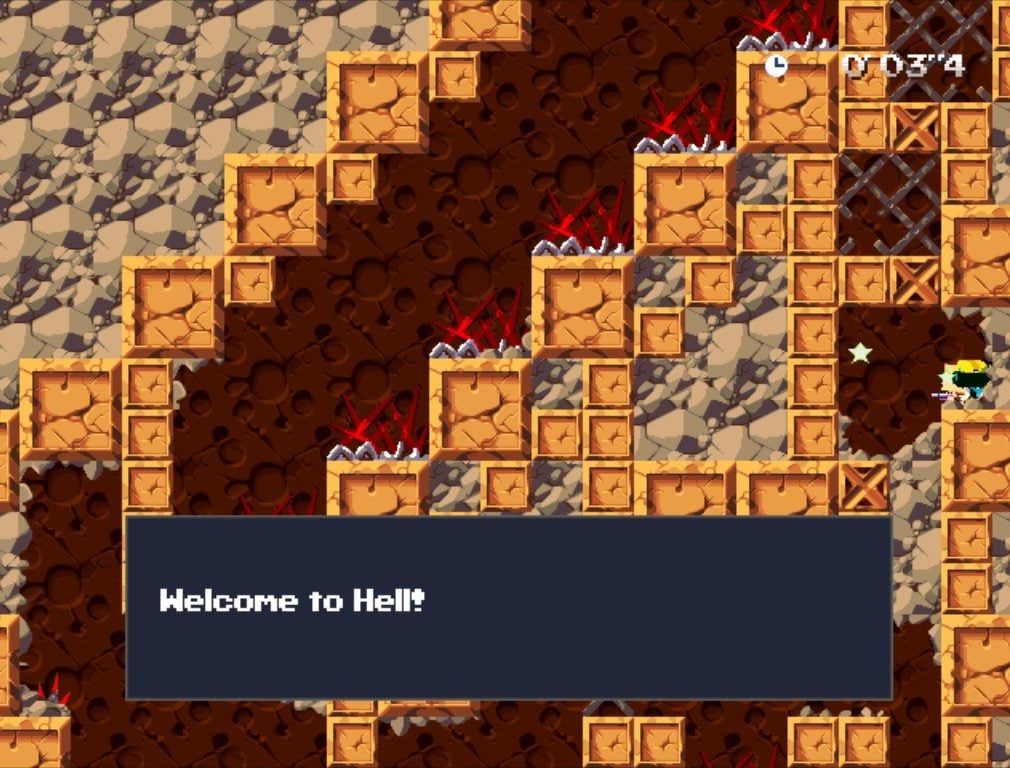 Cave Story’s secret level is aptly-named ‘Hell’. It’s a painfully tricky area with an assortment of enemies that are very difficult to overcome. To get there, you must first meet all the criteria for obtaining the Booster Jet Pack 2.0; meet all the criteria for rescuing Curly, and enter the house from the balcony area, after which the door to the Prefab House will open!